This research project looks into the origins of Greek urban landscapes, a unique homogeneous form of urbanism shaped by the perpetual repetition of the fundamental apartment building type of ‘Polykatoikia’. 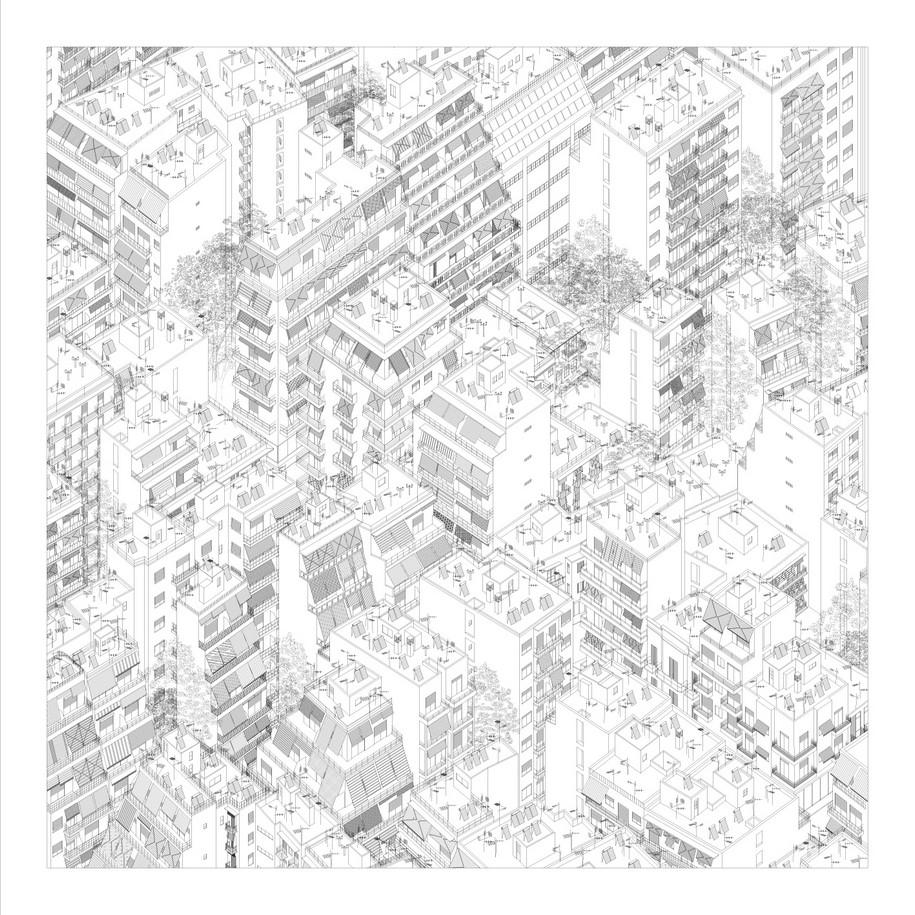 Athens is used as a case study, in order to examine the transformation potentials of its characteristic image and typical urbanism, as well as to trace new forms of habitation and collective design processes.

A series of interventions and scenarios are developed, as to transform and enrich the character of this specific urban and pictorial condition. The interventions are organized through the conception of two generic spatial instruments: the Suffix and the Appendix. As SUFFIX is determined the space upwards a city block. It is formed by the straight external building line and the curly internal line that defines the un-built space in the heart of the city block, while its height is 1½ times bigger than the height of the conventional 7-storey polykatoikia.

In the case of existence of an empty plot in the block unit, this three-dimensional space – from the ground level up to the top of the city block – is determined as the APPENDIX of the Suffix constituting the way of communication between the Suffix and the public street space. 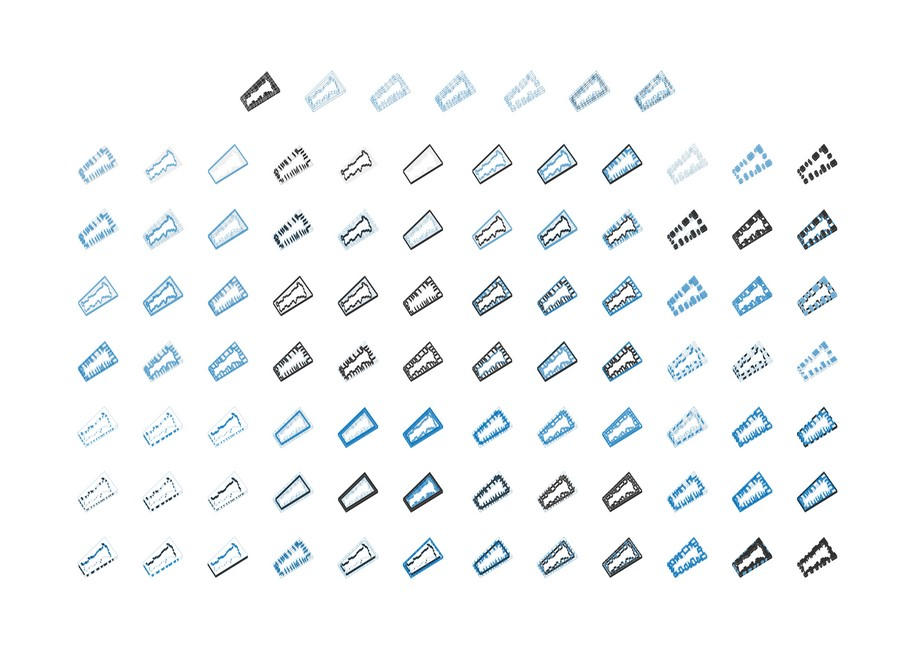 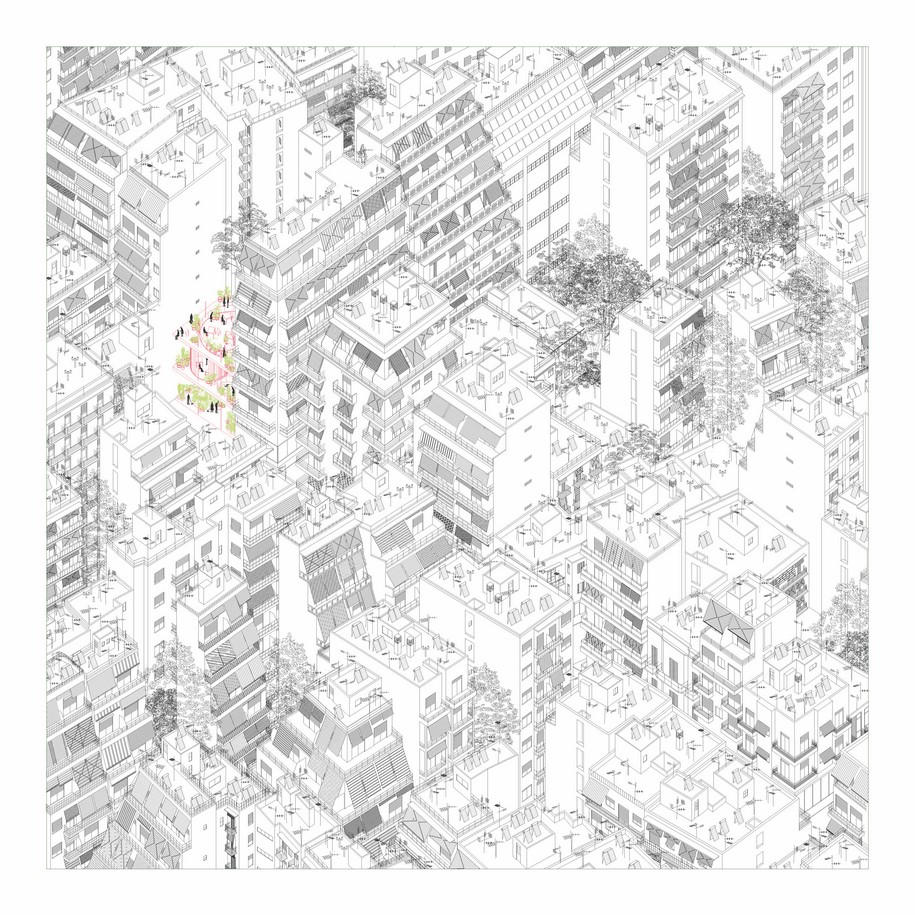 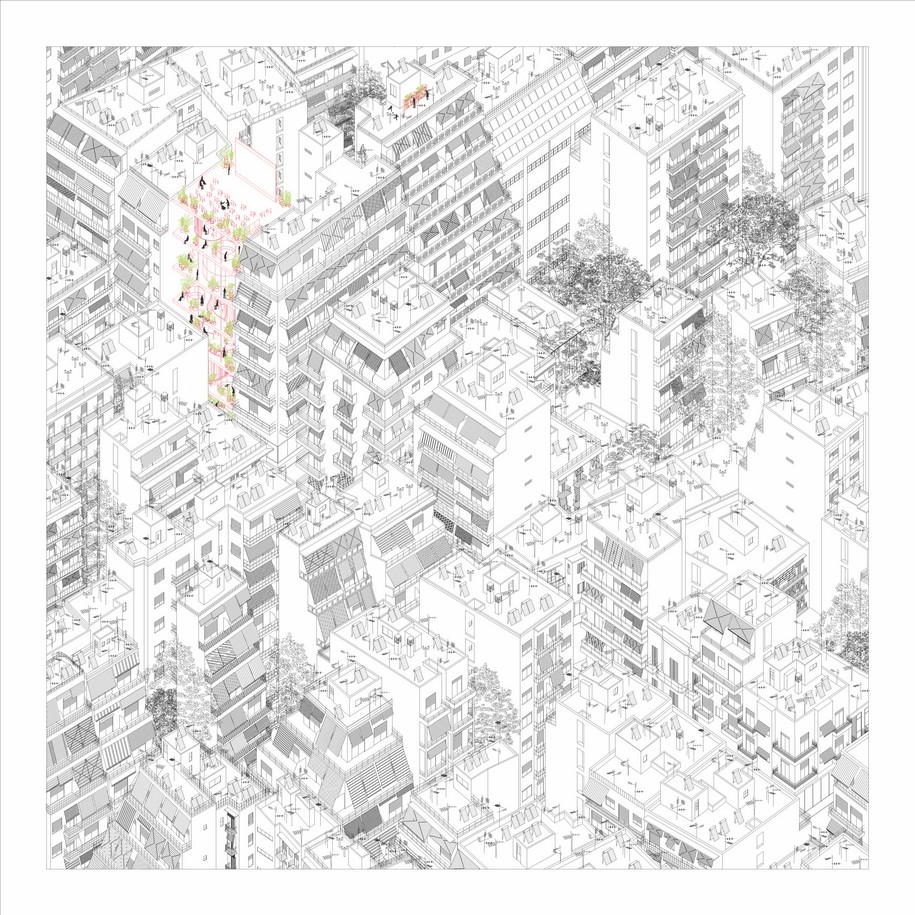 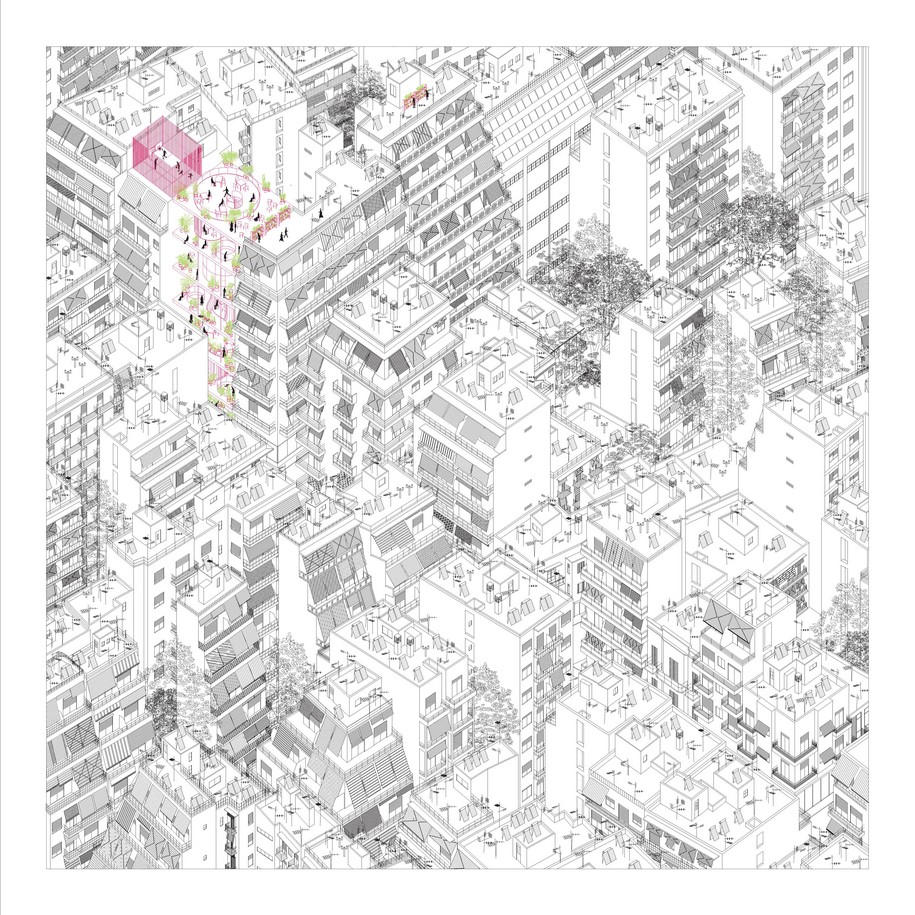 Each of these systems is initially approached separately through a theoretical abstraction & conceptualization and they are eventually synthesized in the “Temporal Evolution” study frames. The frames assume a paradigmatic role and shape the essence of the proposal. Considering the familiarization of the community as a crucial part of the strategy, the implementation initiates with the introduction of the Appendix. Through a continuous process of evaluation and re-intervention, the evolution proceeds with the gradual adaptation of more complex programs. The Suffix and the Appendix appertain to the collective and strictly non-profit ownership of the city block. The proposal presupposes the inhabitants’ active participation by the establishment of collectives that manage the common property and have the absolute initiative for any intervention. 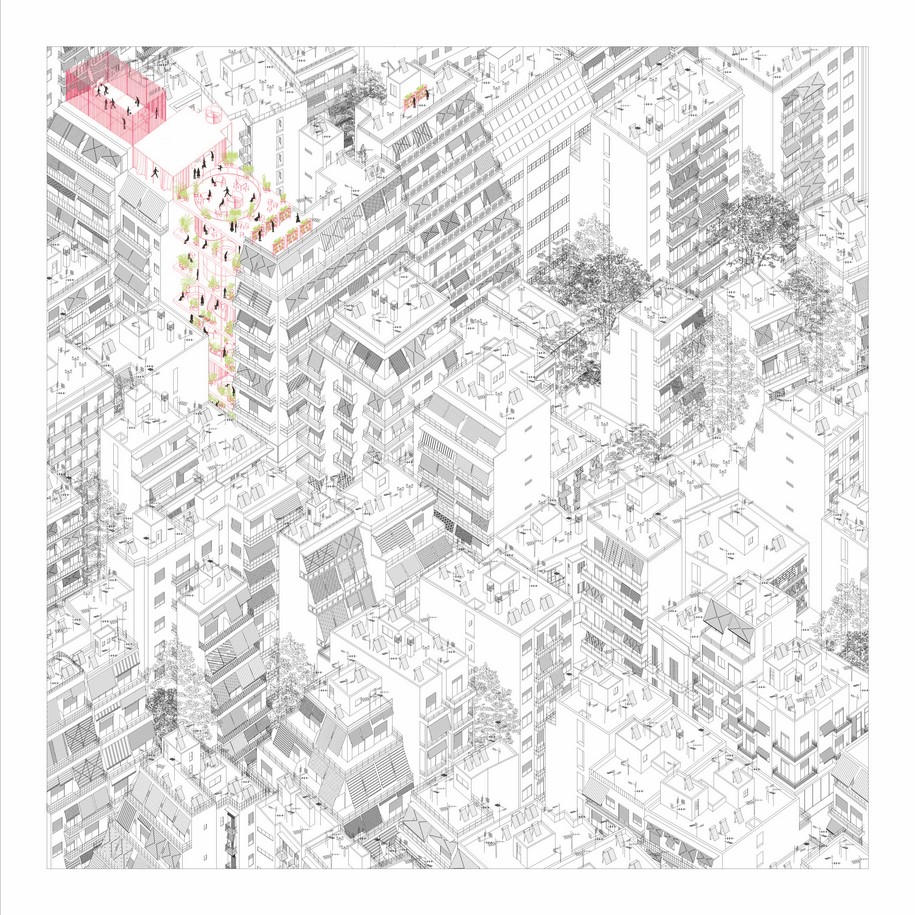 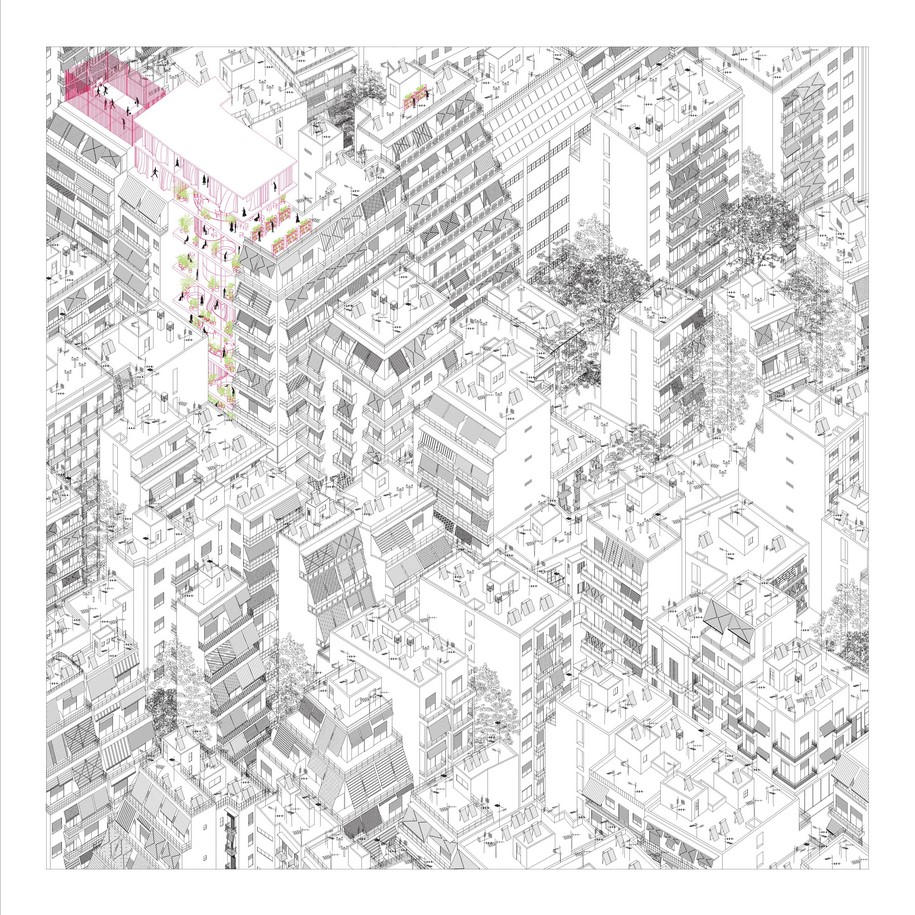 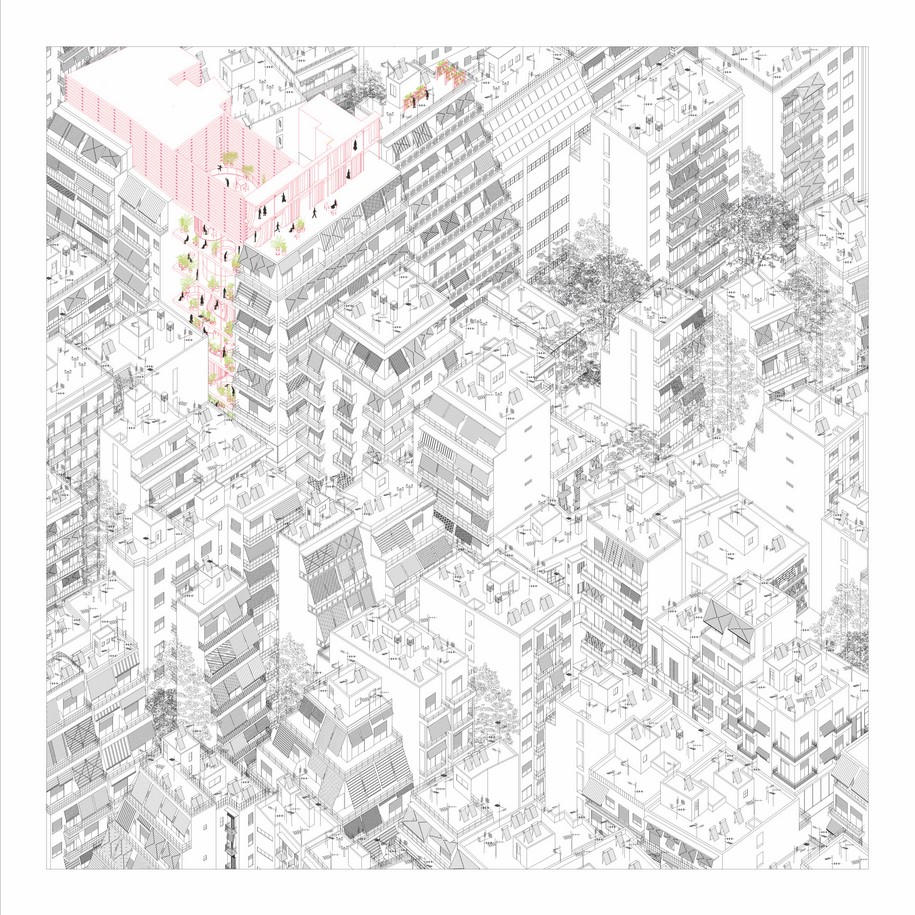 The proposal covers areas of intense urbanism and rather than lightening the context aims at enriching this crisis landscape by transforming its existing character, through the introduction of new spatial ‘tools’ and programmatic characteristics. The Suffixes and the Appendixes have been conceived as islands of an ameliorative urbanism, as places seeking to transform the way people affect, act and inter-act, with and within their built environment. As places where practices of commoning can penetrate the city and mainly the lives of the inhabitants. They are places of collective edification, conflict and assertion; above all, they are acts of resistance in the contemporary undocumented urban land. 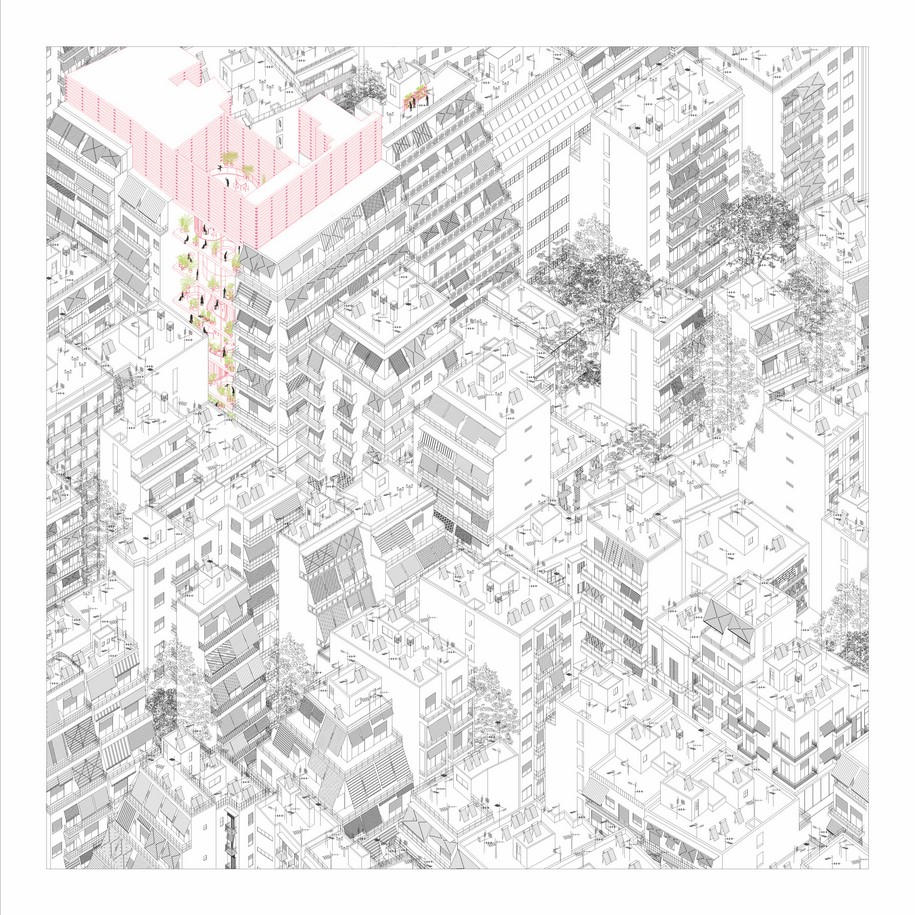 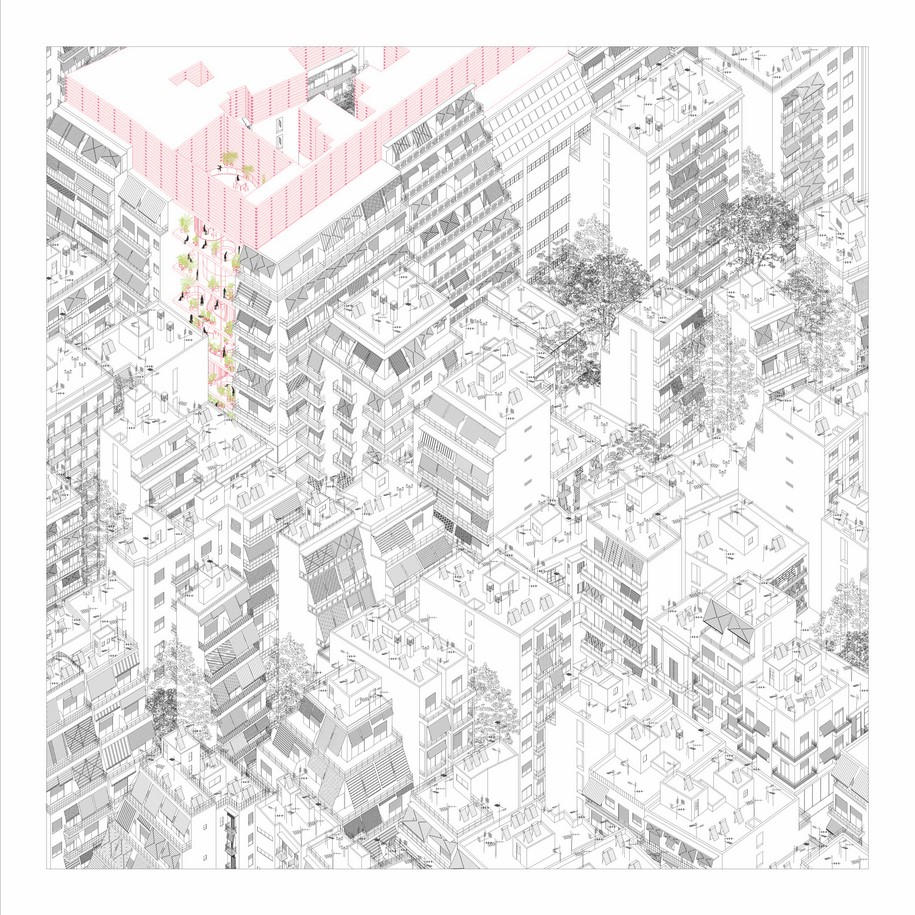 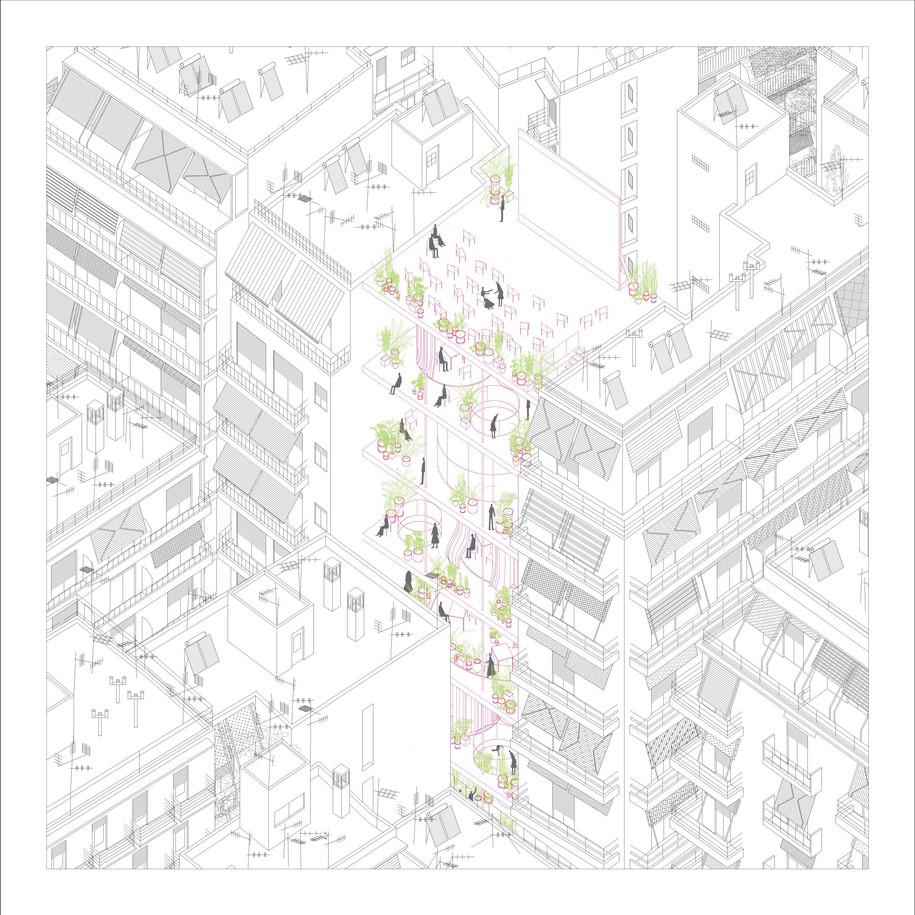 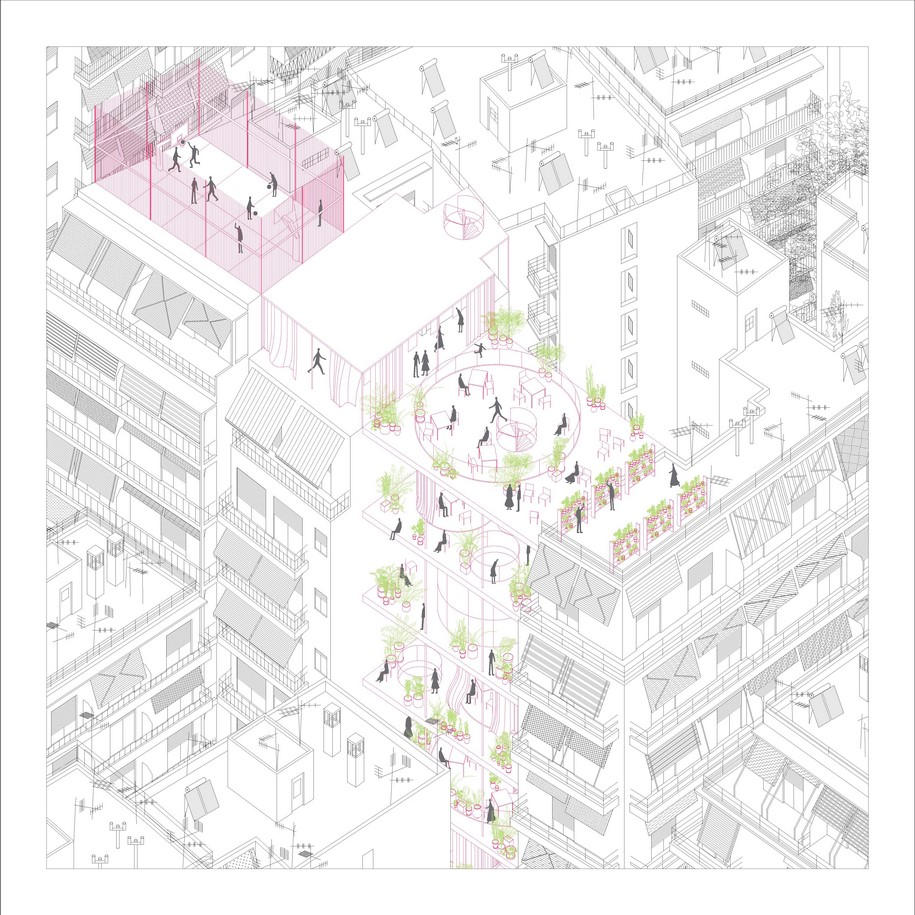 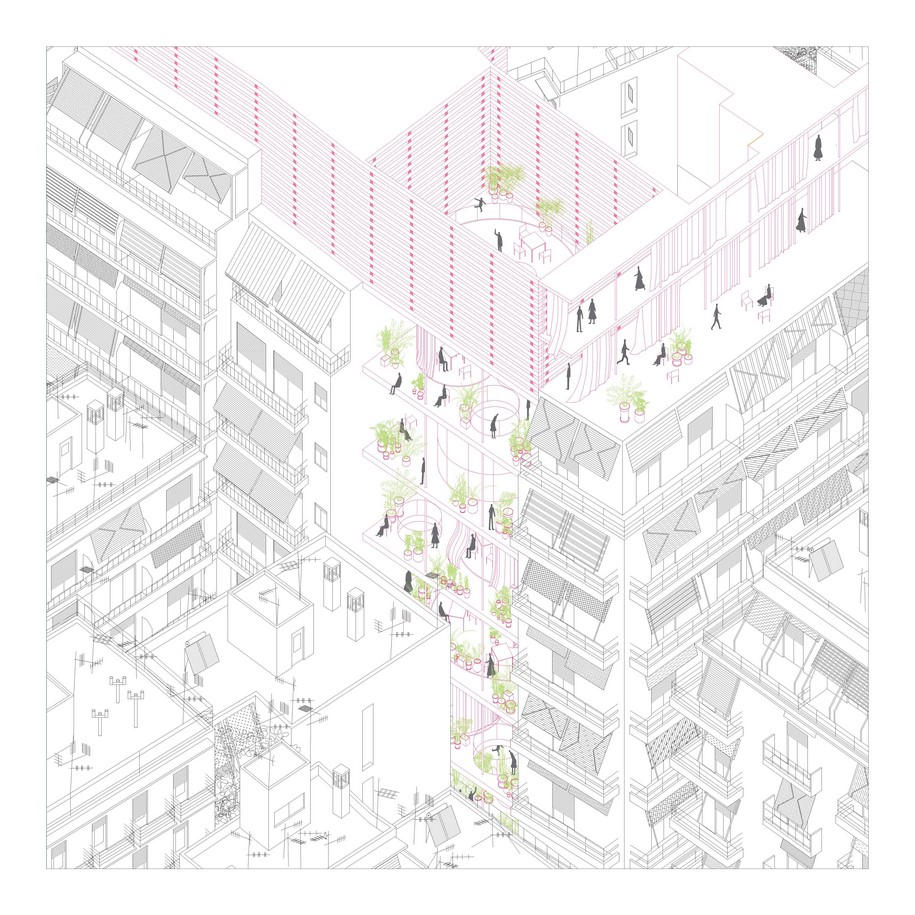 Design Thesis in the Aristotle University of Thessaloniki, School of Architecture