I AGREE
Archisearch https://www.archisearch.gr/wp-content/uploads/Figure-11-1600x786.jpg
The Municipality of Tripoli organized a Pan-Hellenic Open Student Architectural Idea Contest with the theme: “Redesign of the Base of the Statue of T. Kolokotronis in Tripoli, Greece.” The proposal of Karta Chrisanthi, Paloubis Konstantinos and Papanikolaou Elena received the 1st place in the competition and  won the second price. text provided by the architects – The dynamic feature of the equestrian statue of T. Kolokotronis, together with the inherent movement and upwardness of it, affected the main design. The intensions were both, providing the city with a landmark and a place of national memory, in order to upgrade Areos square functionally and aesthetically. 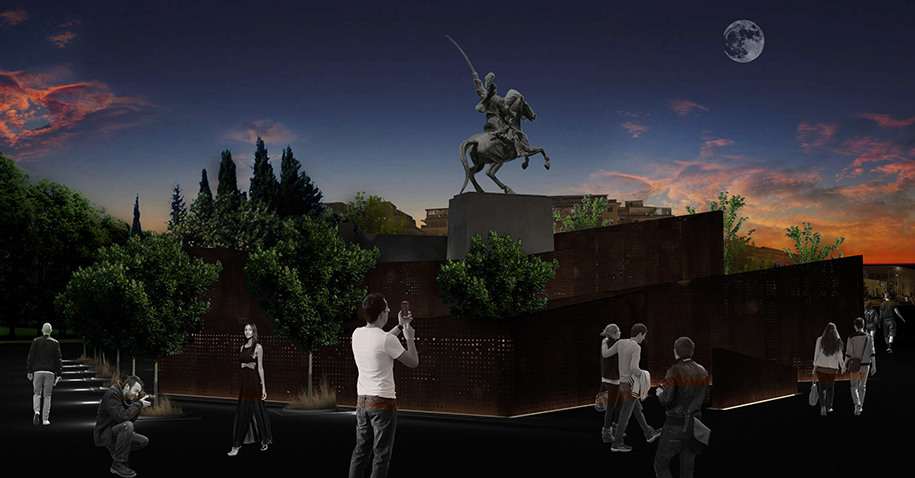 The initial inspiration was the labyrinth• namely, a complex uni- or multicursal puzzle with choices of path and direction to the center.  The way the visitor approaches the statue, needed to be changed, in order to become interesting and provoke the desire for exploration. The equestrian statue is quite tall so as not to facilitate viewing when someone is very close to its base. We chose to place here the crypt where the hero’s reliquary is kept. Therefore, creating a special atmosphere, before the visitor enters the scene, was crucial.

Two grids at angle to each other were designed. The first grid follows the existing design of Areos Square and the second one rotates 30 degrees counter clockwise. Based on these grids, ten (10) walls were designed, defining a path and creating dipoles such as familiar and unknown, light and shadow, openness and closeness. This ritual route ends reaching the base of the equestrian statue of Kolokotronis. 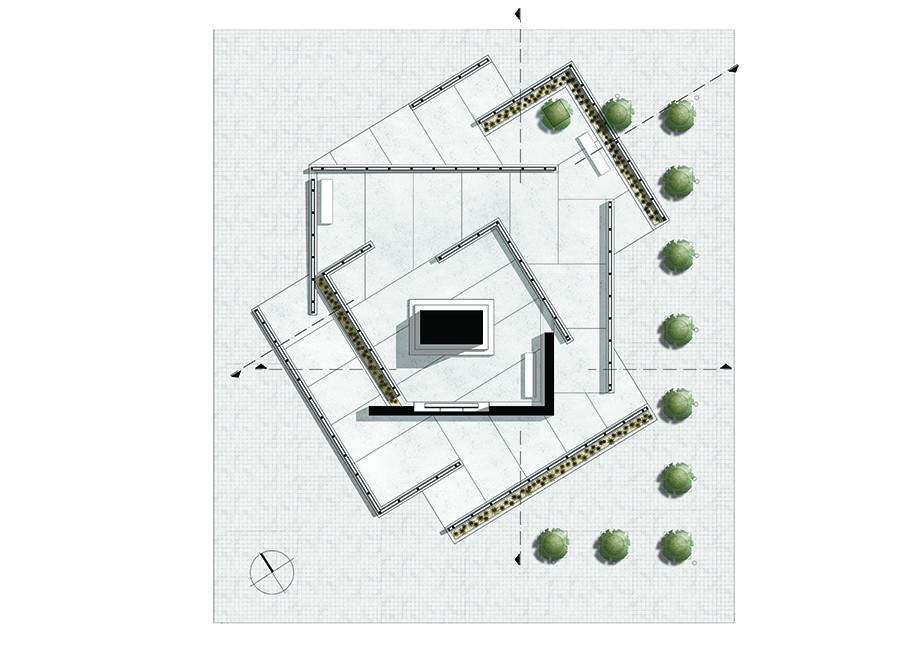 The walls vary in length and height. Many of them have sloping edges, which attach tension. Moreover, the height difference of the walls contributes into a smooth shift of the human gaze upward. The impression of a rocky terrain, refers to Arcadia. The use of two different grids and cuts, provides different frames along the designed path and the surrounding area. The last wall, differs from the rest in thickness and materiality. Here is the climax of the path, with them entering the “sacred” place of the ossuary. This reinforced concrete wall embodies a mini waterfall, as an element implying catharsis. In the front side of this structure there is an inscription providing information to the public.

The remaining walls consist of a metal frame embedded in the ground, coated with oxidized perforated steel sheets (corten). This material was chosen due to its change over time. It is used as a symbol of historical evolution. It is thus confronted with the most solid and unchanged concrete, which contains the idea of historical memory. The diversity of the walls creates a series of episodes regarding human scale.

The site functions as a setting for human activity, it changes during the day depending on natural lighting (different wall heights and perforated panels), and over the time of the year (plants’ life cycle, oxidation of metal sheets). Artificial lighting is proposed at the following spots: at the joints between the walls and the ground, under the three (3) benches and behind the water element. It is noted that the existing artificial lighting of the square is preserved. 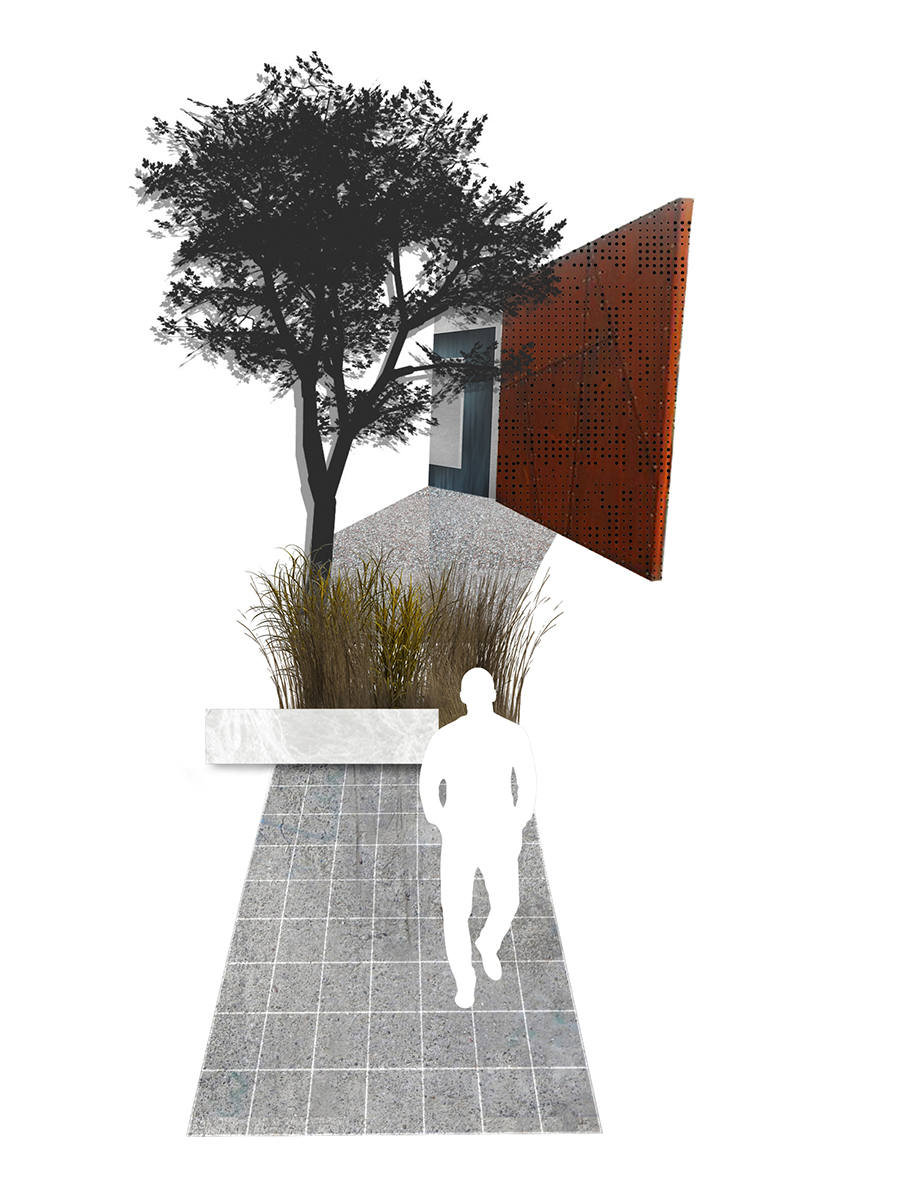 READ ALSO: The proposal of S. Doukas and A. Kaleris for the Redesign of the Base of the Statue of T. Kolokotronis in Tripoli, Greece
0 COMMENTS

by MELINA ARVANITI-POLLATOUArchisearchhttps://www.archisearch.gr/wp-content/uploads/Katsageorgiou-Papadimitropoulou-diploma-thesis-15-370x700.jpg
SHARE THIS PAGE
WITH YOUR FRIENDS