Isthmus of Corinth is a landmark in Greek area since the ancient time. Its drilling occupied engineers since the classical period to the late 19th century. All the attempts for its drilling during the ancient times failed due to the lack of know-how. Finally, during the 19th century the marine connection of the two gulfs is managed through an astonishing for the time process, in which worldwide fame engineers contributed. 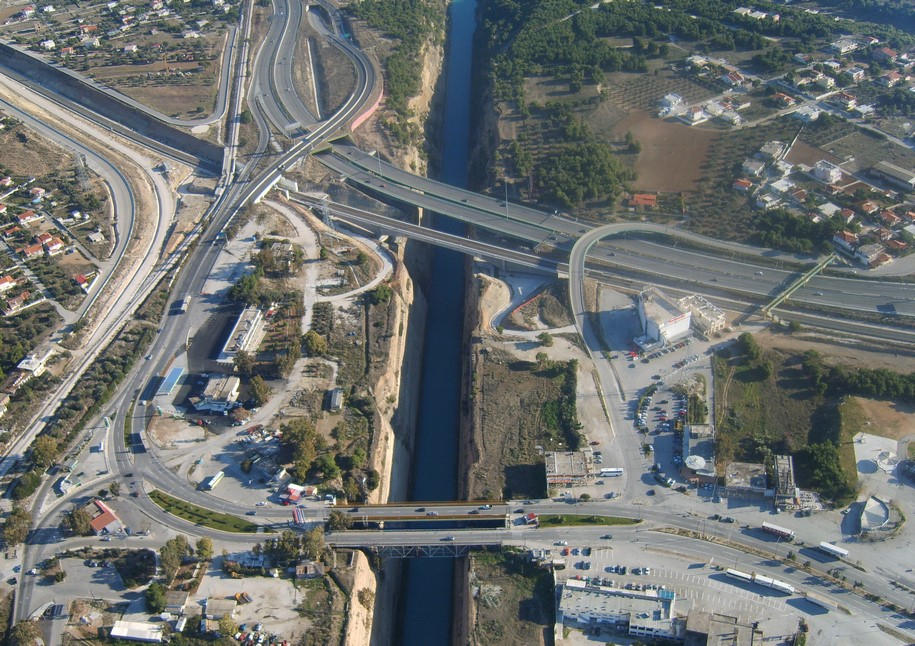 The connection of Corinthian and Saronic Gulf through the ancient Diolkos changed the maritime facts replacing the sailing of the whole Peloponnese. As a result, the drilling of Isthmus constitutes a landmark for the area, detour for the commercial ships and a touristic attraction for the passengers. 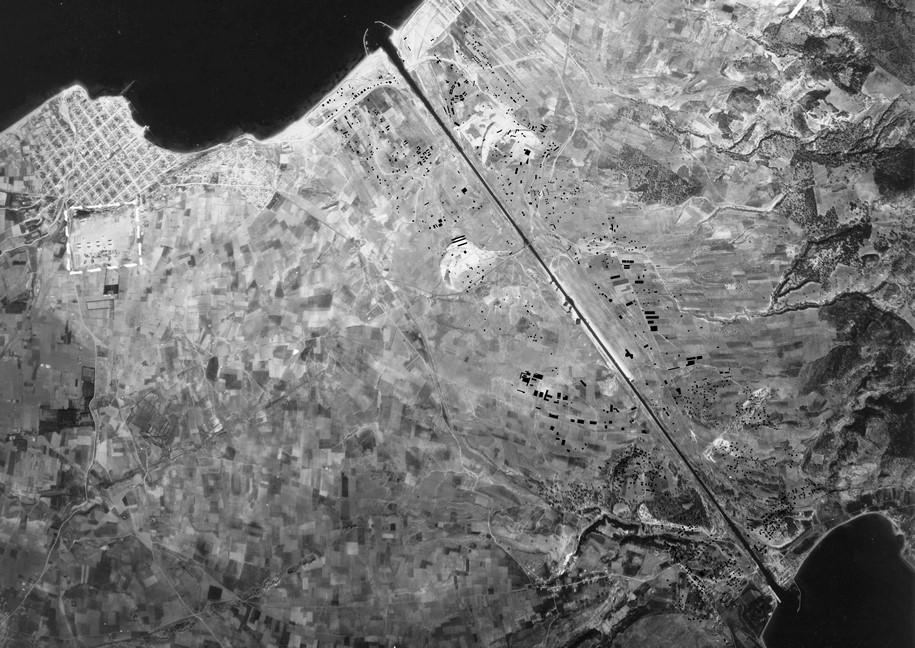 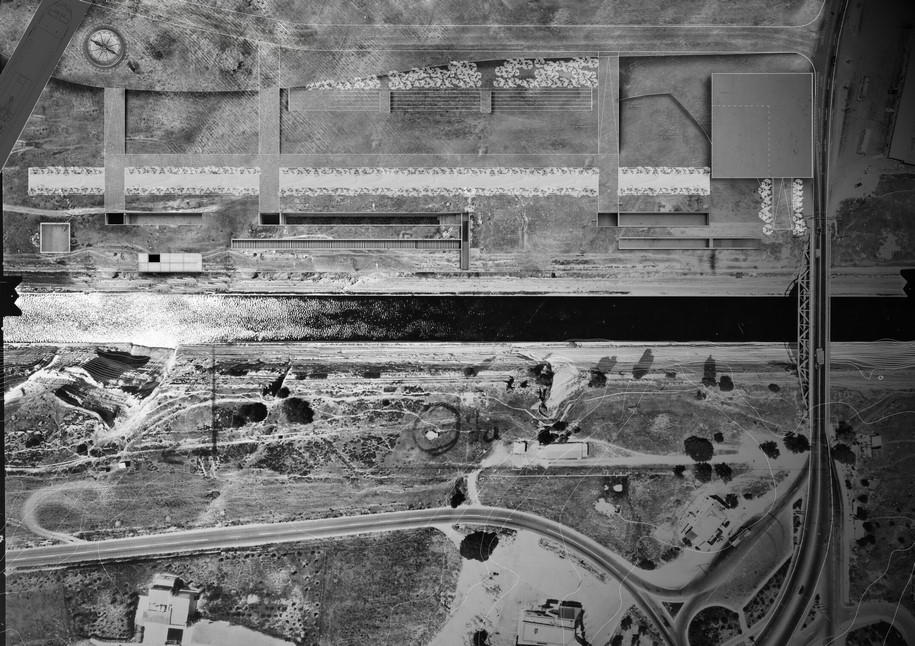 Due to the constant transit of vehicles, the area contains many buildings that serve the stopped drivers. In addition a long-distance bus stop exists besides the old national road in which busses stop constantly. These stops have also a touristic function, as they sell souvenirs of Isthmus and ancient Diolkos. The cultural value of the area and the landmark of Isthmus gave a boost for touristic developments. 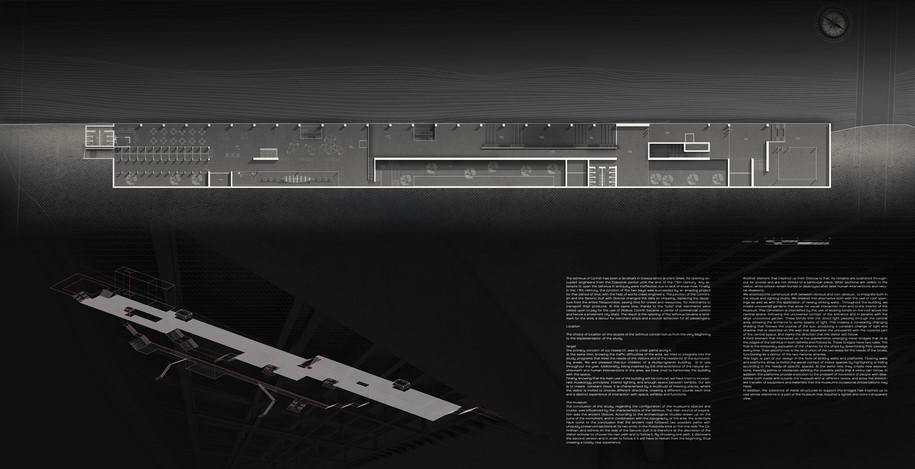 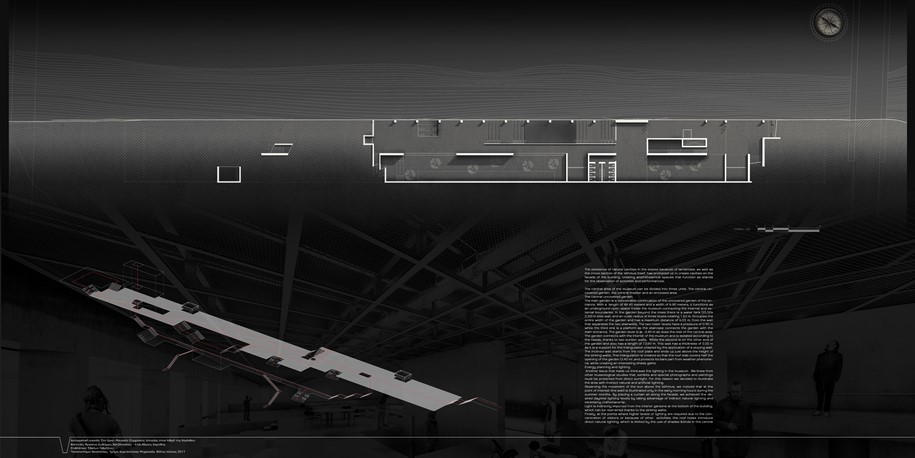 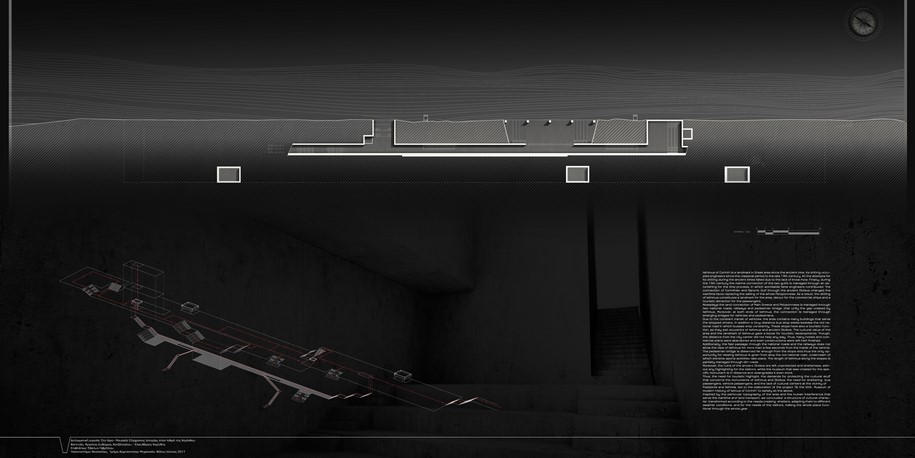 Though, the distance from the city center did not help any way. Thus, many hotels and commercial plans were abandoned and even constructions were left half-finished.  Additionally, the fast passage through the national roads and the railways does not allow the view of Isthmus for more than a few seconds from the inside of the vehicle. 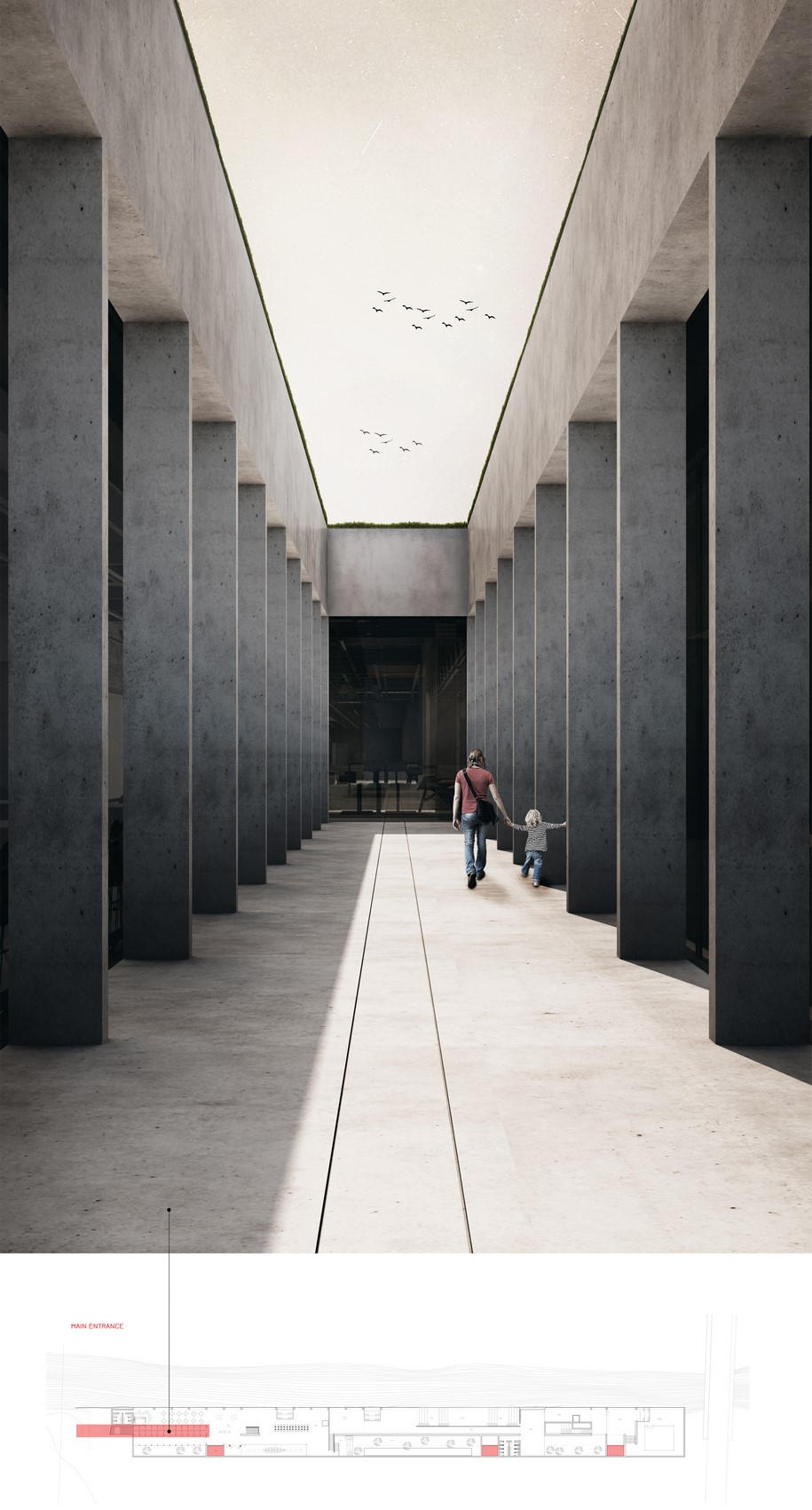 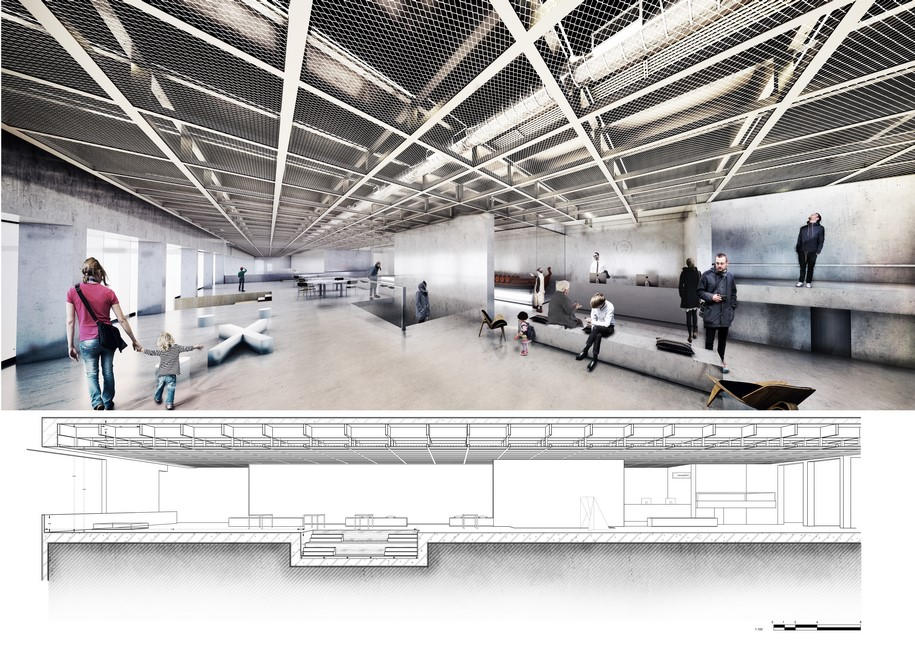 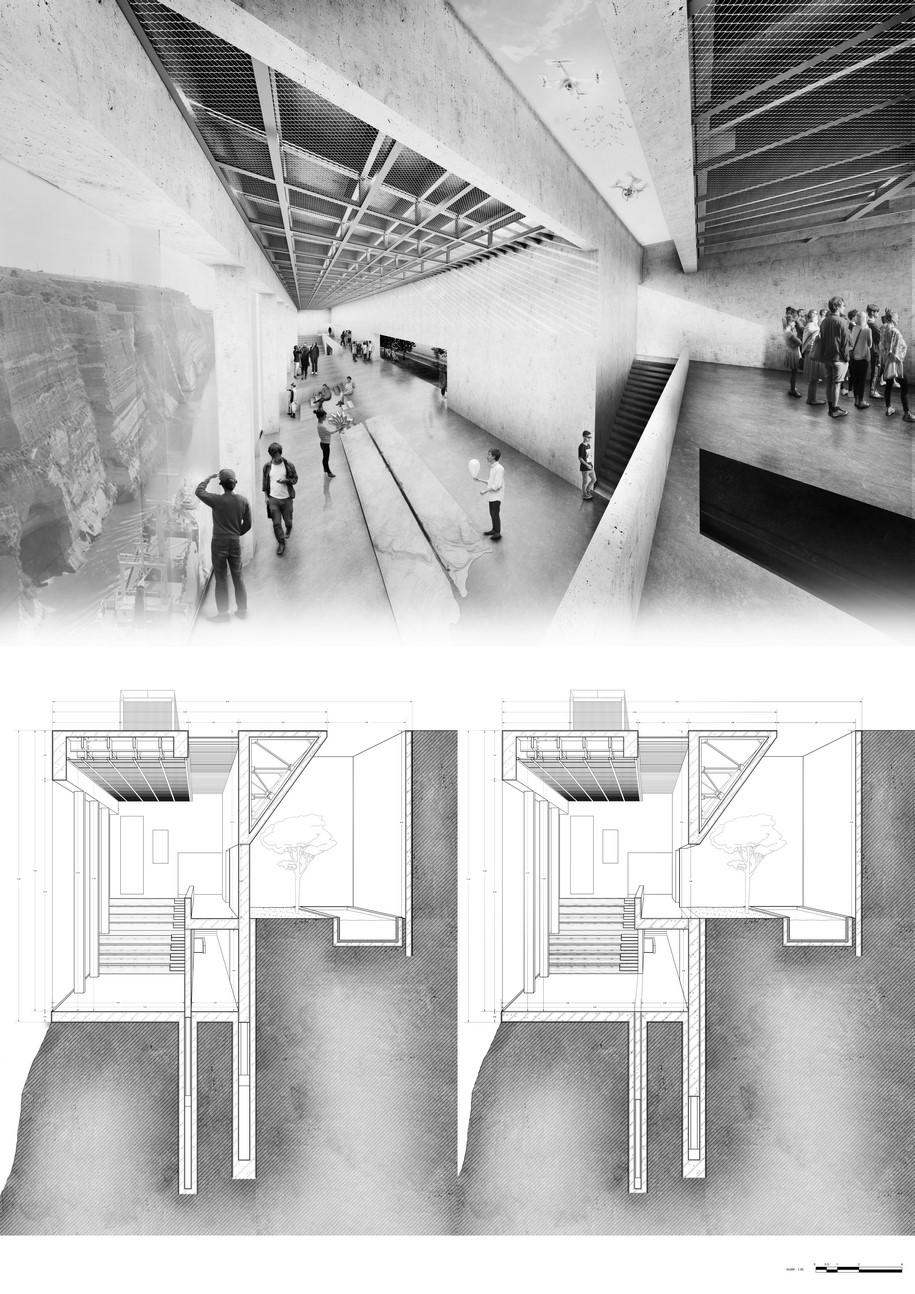 The pedestrian bridge is distanced far enough from the stops and thus the only opportunity for viewing Isthmus is given from atop the old national road, underneath of which extreme sports activities take place. The length of Isthmus along the slopes is partially managed through dirt roads.

Moreover, the ruins of the ancient Diolkos are left unprotected and shelterless, without any highlighting for the visitors, while the museum that was created for the specific monument is in distance and downgrades it even more.
Thus, the need for touristic highlight, the demands for protecting the cultural stuff that concerns the monuments of Isthmus and Diolkos, the need for sheltering bus passengers, vehicle passengers, and the lack of cultural centers at the vicinity of Posidonia and Isthmia, led to the elaboration of the project “At the limit- Museum of modern history of Istmus of Corinth” to satisfy all the above.

Inspired by the particular topography of the area and the human interference that serve the maritime and land transport, we concluded a structure of cultural character, transformed according to the needs,creating shelters, adapting them to different weather conditions, and for the needs of the visitors, making the whole place functional through the whole year. 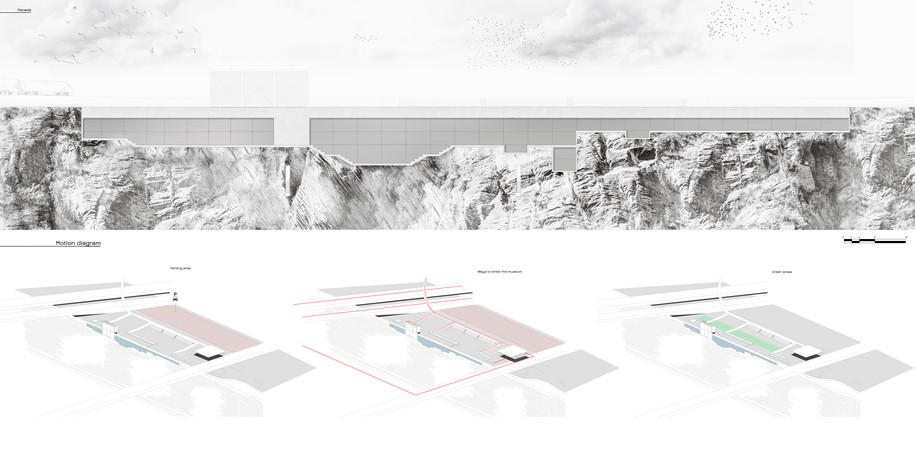 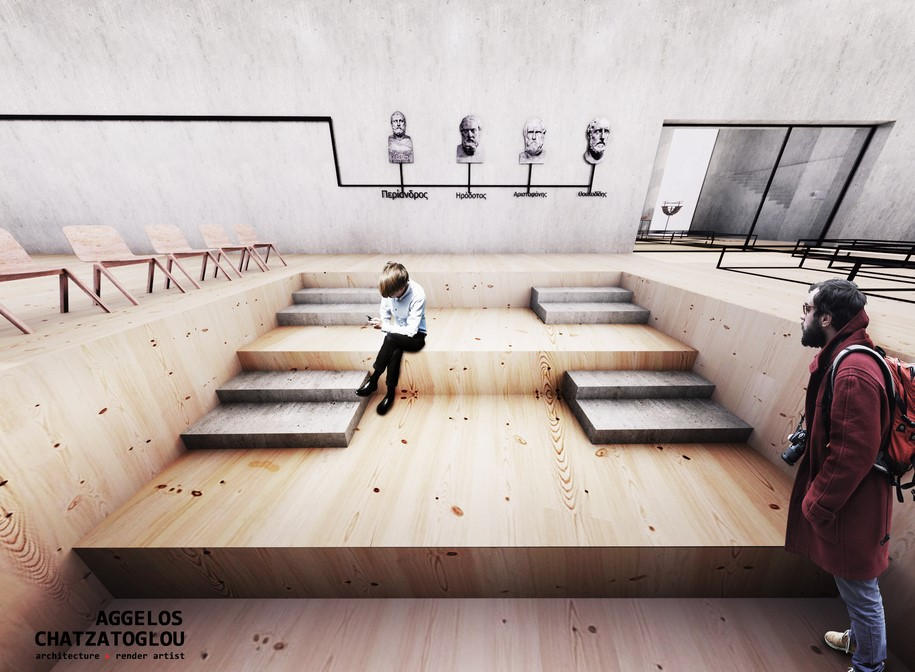 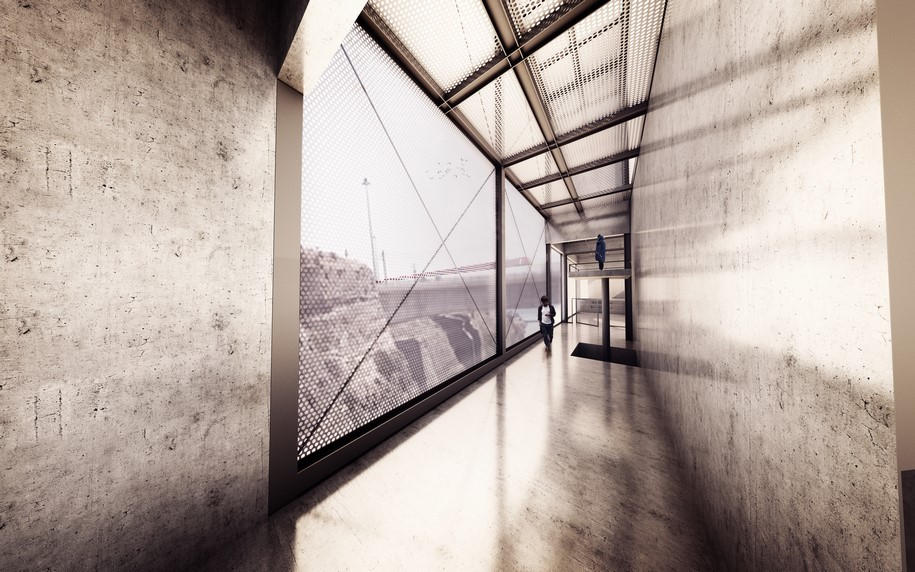 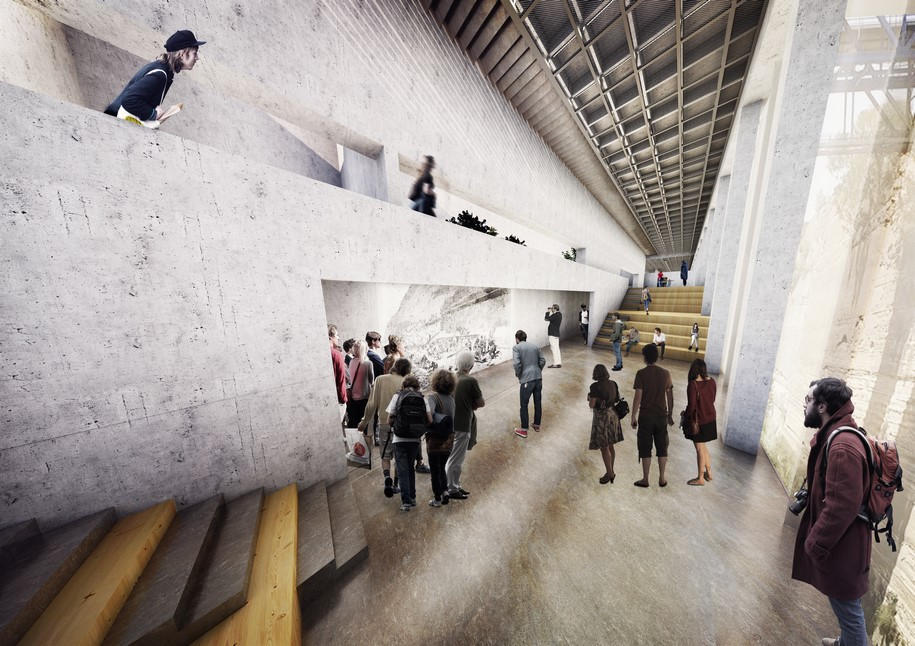 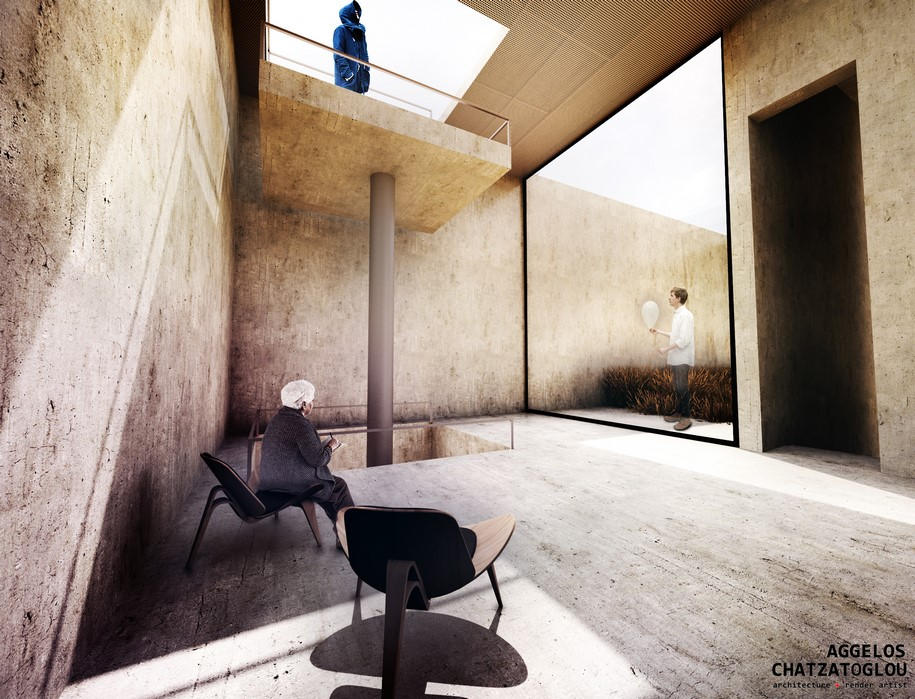 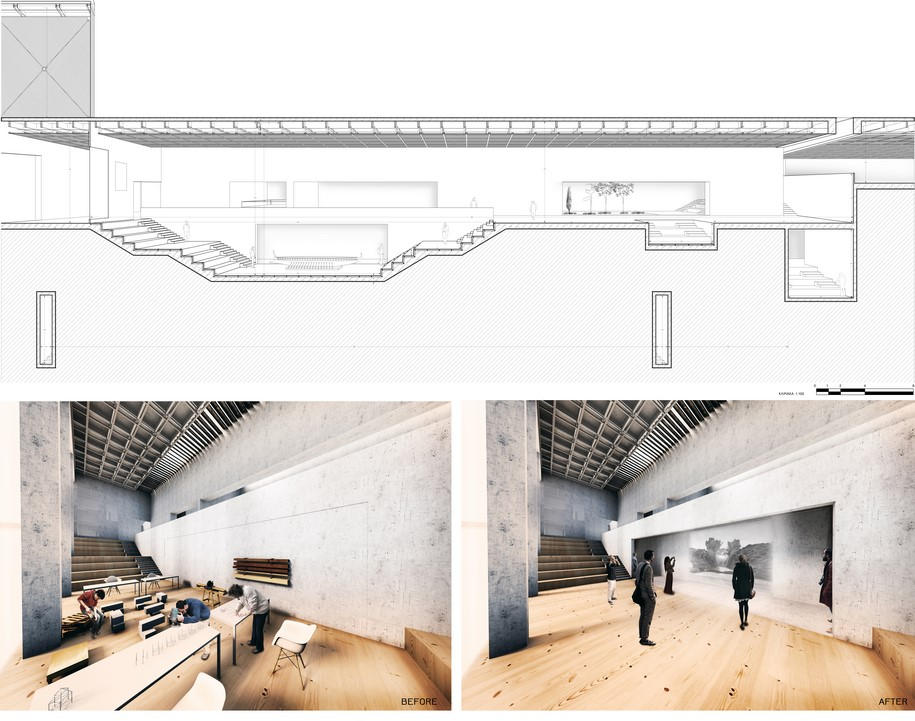