Present day reality is scourged by environmental destruction caused by humans themselves. False needs are nowadays leading to the overuse of natural resources in such a pace that the environment is unable to restores them. Energy crisis is now a major matter. The immoderate use of fossil fuels reinforces the air pollution, while contributing to the greenhouse effect. Turning to renewable energy sources seems to be financially unviable albeit vital. Such a change may irreparably affect state’s economy. Or is this maybe an outmoded point of view?

It is not unusual for every country to have an untapped geographical and climatic wealth. An adequate exploitation of such wealth can give an end to the environmental crisis. With recent technological achievements on their side, each country’s resources are now more than economically viable. Without people letting go of their comforts, yet by altering the way these comfort become accessible to them, the energy issue can be improved.

In the thesis, such a solution is suggested. By utilizing the geothermal energy of the city of Budapest and connecting it with thermal baths, an upgrade in people’s life quality can both directly and indirectly be achieved. To put this in other words, assuring prosperity, as well as environmental protection, is the here objective. This project focuses on the city’s needs, with respect towards its historical inheritance, but also with a reflective mood.

First of all, European Union has noticed the environmental issues and is now trying to perform actions. The Union aims to reduce greenhouse gases, SO2 and NOx emissions. EU also makes international deals such as the National Electricity and Climate Plan, the European Green Deal and the Paris Agreement, for universal solutions. As for the economic support, EU has decided to give €1 trillion for investments and subsidies. In addition, KS Orka Company and Erste Bank Hungary invest in geothermal energy. In this way, there are the background and the financial support for a program focusing on the environment. 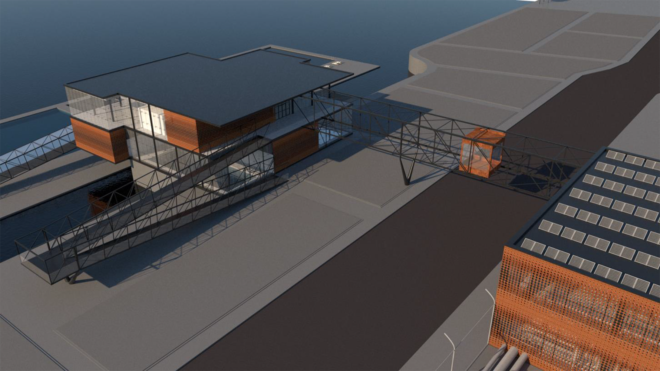 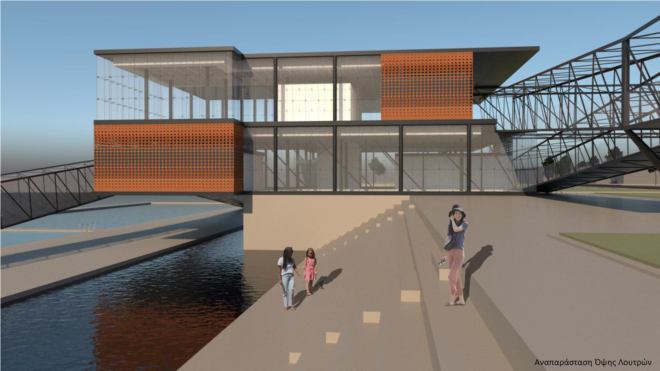 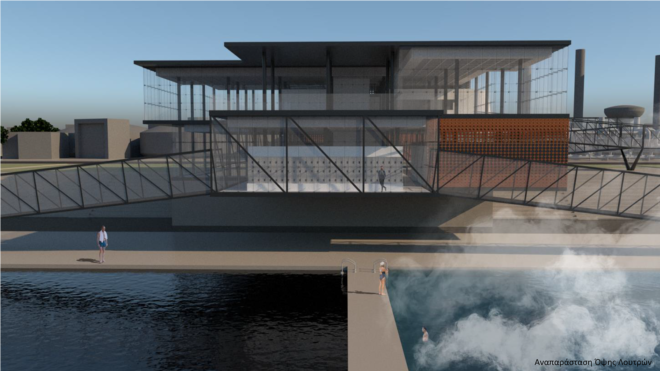 As for the city of intervention, Budapest is located in central Europe, is connected with Danube River and consists of 23 districts. The city has around 80 hot springs and an extended underground hot-water network. Csepel Island is the biggest island of Danube (257 km2). Its north part constitutes the 21st District of Budapest, known as ‘Csepel Művek’ (=Csepel Works), the district where the first city’s factory were built. As a result, this industrial area is suitable for a program which uses the geothermal energy. 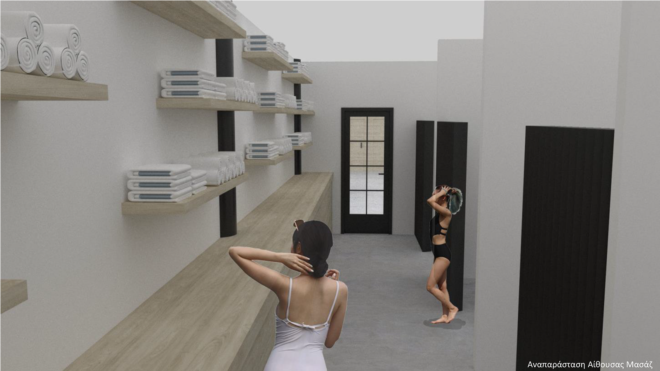 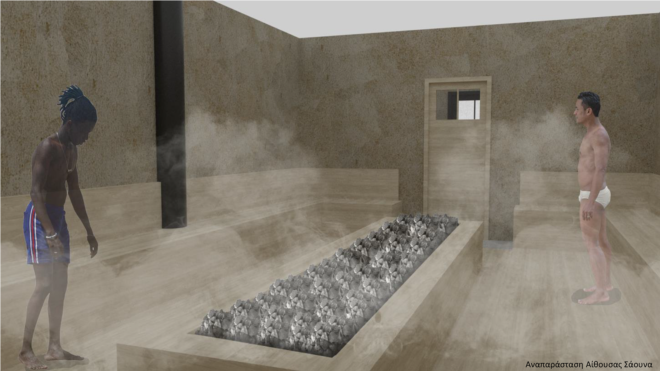 For the topographic design, a gentle transition from the land to the water is formed for the river side. Alongside the river, large steps are placed for pedestrians. During the year, the steps are submerged or revealed according to the river height. 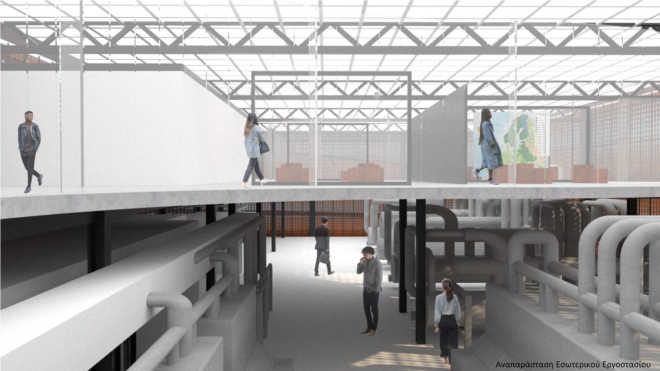 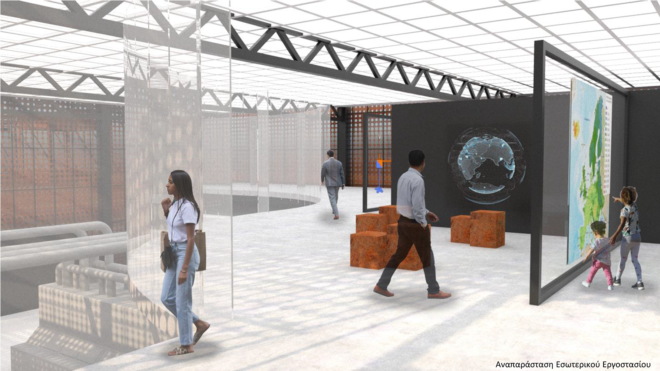 The project consists of two parts: the thermal baths with a pool platform and the geothermal power plant. The building of the baths and the platform are located westward and the factory with its exhibition center eastward. Both buildings have two levels and are connected by a space frame structure. Visitors enter the facilities in the second level of each building using two ramps. 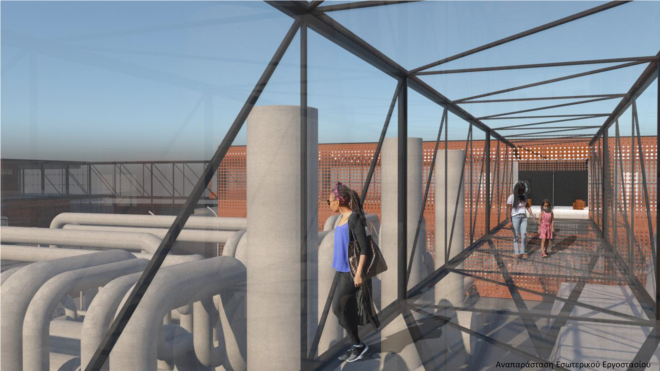 The Baths in the second floor have the reception and a cafeteria. In the first floor there are the pools with both hot and cool water, massage rooms and sauna. The platform seems like floating in the river. It has two pools: the first one has hot water, whilst the second is bottomless. In other words, the second pool is formed by Danube. 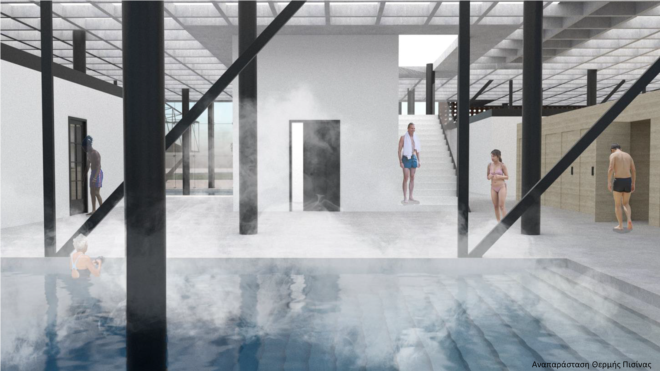 In the first floor, the Factory has the necessary equipment to transform geothermal energy into electricity. While, in the seconds level there is the Information and Awareness Center. This place is an exhibition center that aims to inform visitors about environmental issues and the advantages of geothermal energy. 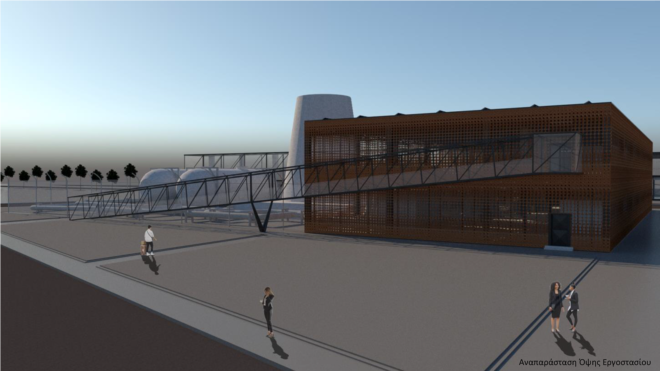