The new exhibition of the Art Association Wesseling bridges the gap between art and industry. Already since the end of the 19th century, Wesseling, as part of the Rhineland chemical region, began to grow into a traditional industrial location. Today, with over 6,000 employees, over 40% of jobs are in the manufacturing sector. City and industry have therefore been inextricably linked for a long time.

In the next exhibition, the artists Willem Harbers and Christophoros Doulgeris present their personal dialogue with the aesthetics of the machine. 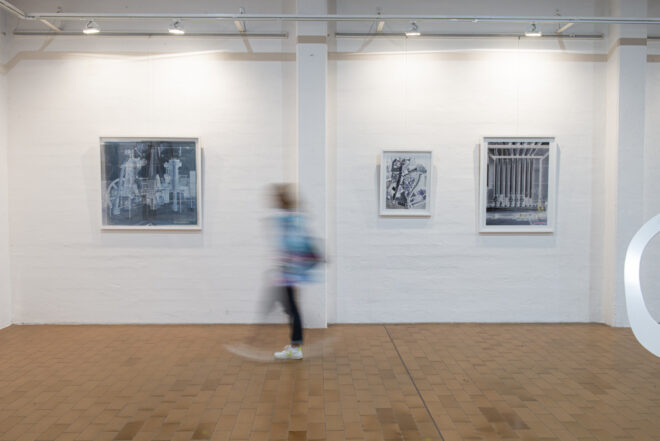 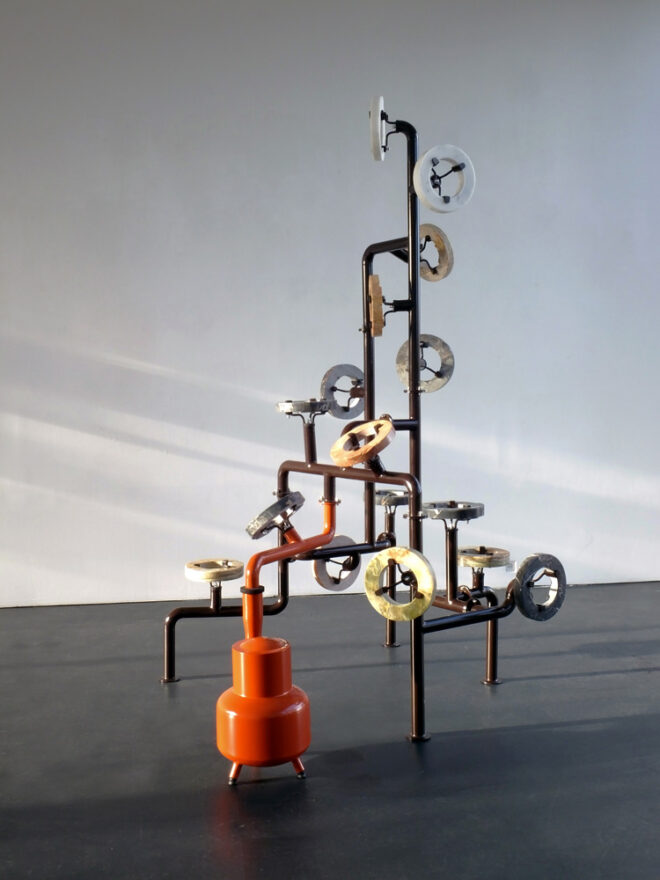 In 1919, the Dada artist Raoul Hausmann (1886–1971) created his most famous work, the Mechanical Head – The Spirit of Our Time, comprised of a hairdresser’s wig-making dummy with various measuring devices attached to it: the ‘Modern Man’ as cyborg. Two years later, Max Ernst (1891–1976) painted the enigmatic work Celebes: At the interface between Dada and Surrealism, Ernst’s robot-like elephant is clearly a counterpart to Hausmann’s mechanical man. Both works bear witness to Modernism’s hesitant and simultaneously determined embracing of industrialization and technology as catalysrs of what Aldous Huxley (1894–1963) would later describe as dystopian in his ground-breaking novel Brave New World (1931). 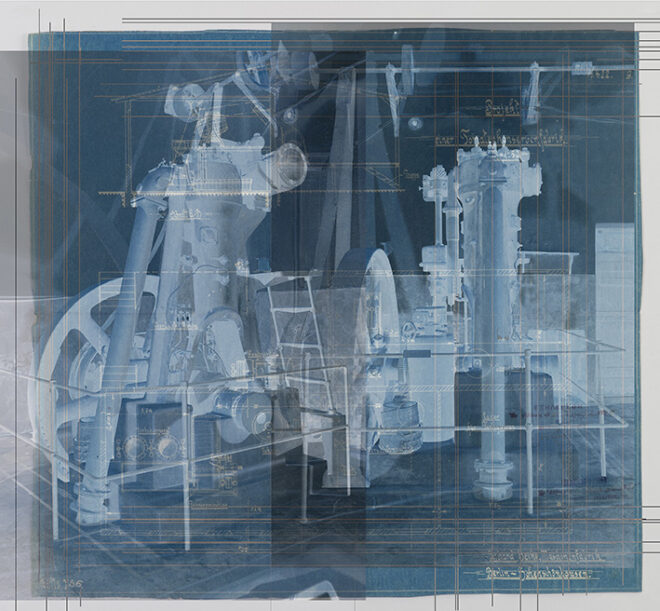 Elusive and enigmatic are the industrial machines ‘portrayed’ in the large colour photographs of the Greek artist Christophoros Doulgeris (b. 1975). The chiaroscuro-like lighting of one series of works emphasizes the theatricality of the images, transforming the machines into stage characters from a long forgotten Greek tragedy. Each machine is an individual with its own unique personality. 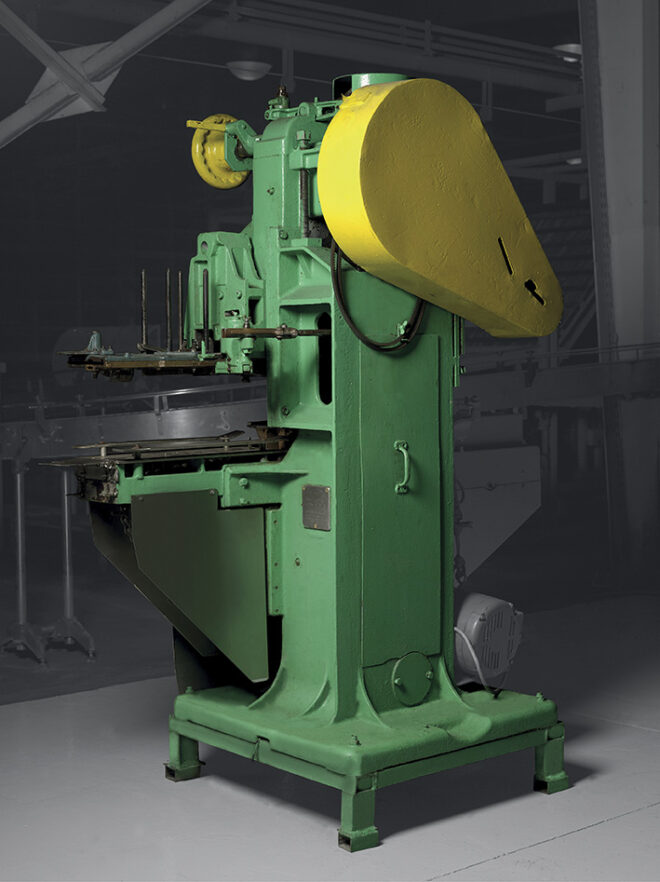 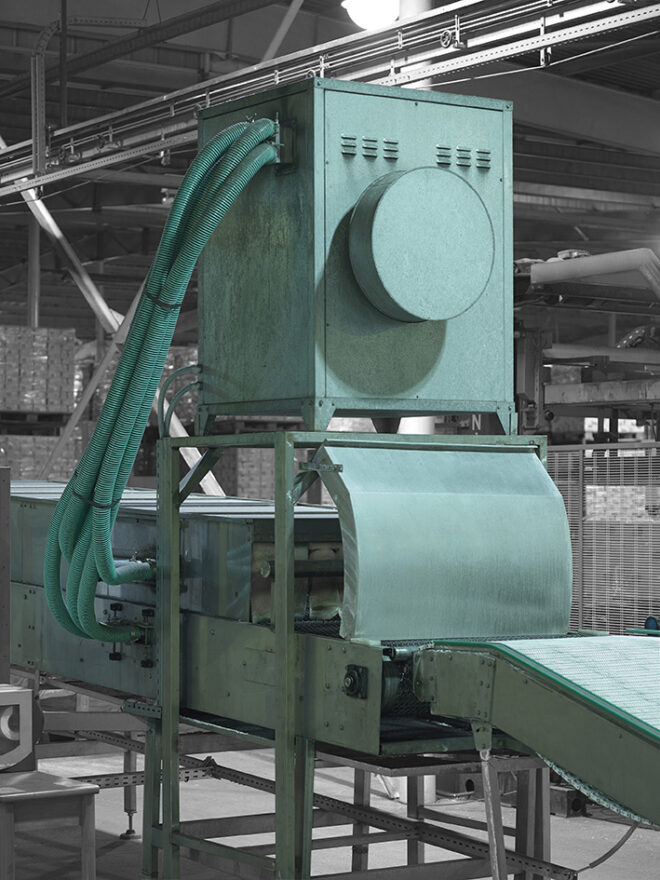 The torn and dusty tarpaulins that cover the machines in a second series of works underscores the association to theatre – discarded and forgotten machines as ghosts of more splendid and prosperous past, risen from the dead to haunt the present. Doulgeris’ photos can be understood as euphemisms for the current political and fiscal status of Greece, which obviously also effects its once flourishing cultural scene. 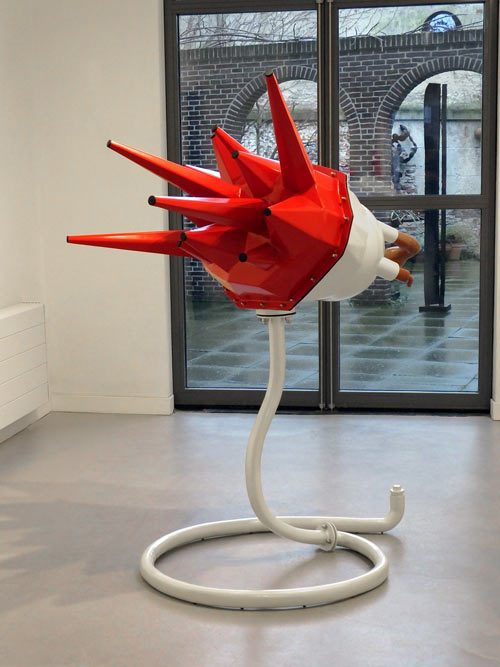 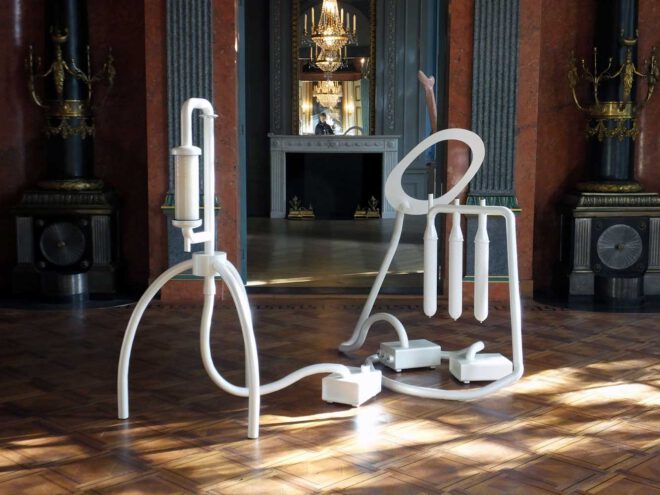 The colored metal and marble sculptures assembled by the Dutch artist Willem Harbers (b. 1967) are reminiscent of strange and obviously useless machines and other mechanical apparatuses. Harbers’ pseudo-industrial objects are simultaneously retro and future-oriented. 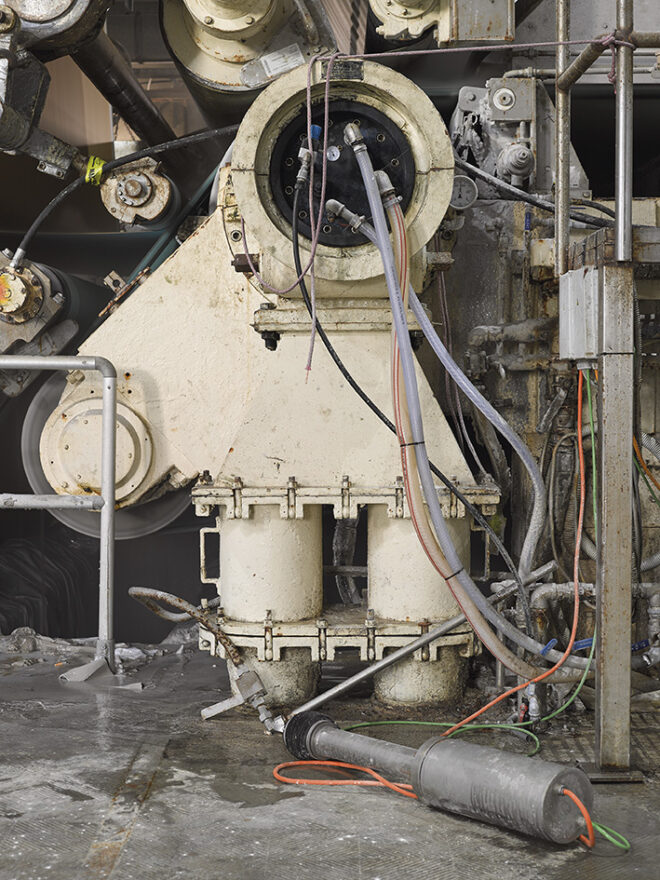 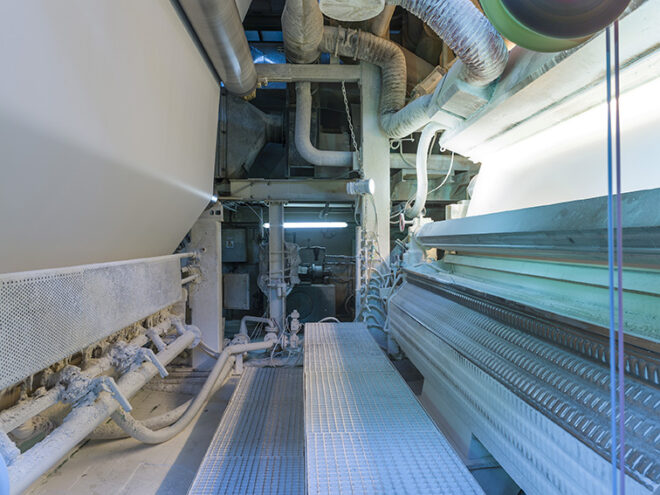 They are both dynamic and static at the same time, merely suggesting energetic potential, but not actually fulfilling this. Their juxtaposition of variously colored pieces of marble and garishly colored, powder-coated steel suggests the clashing and coalescence of high art and industrial design. Their lack of functionality, that is to say their blatant uselessness, is absurd, yet fascinating – their coloration and materiality seducing the viewer into delving deeper into their true meaning, whatever this may be. 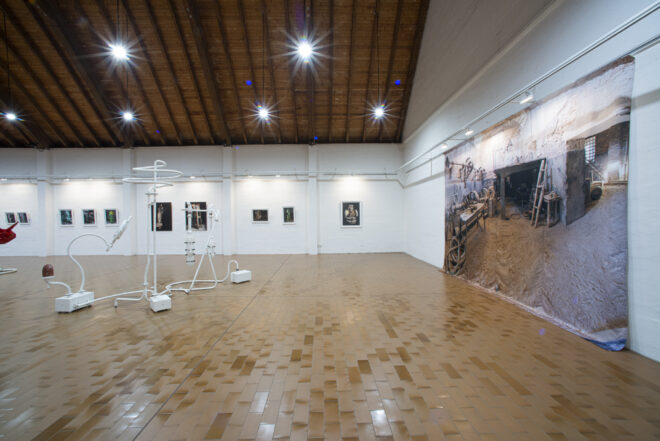 With The Future Was Yesterday, the Kunstverein Wesseling brings together two artists, who – working completely independently of each other – each focus on the machine as a poignant symbol of humanity. In the tradition of Hausmann and Ernst, they reveal not only both the positive and negative aspects of the interdependency between man and machine, but also suggest that machines do indeed have a life of their own – a life we as humans may never truly comprehend. 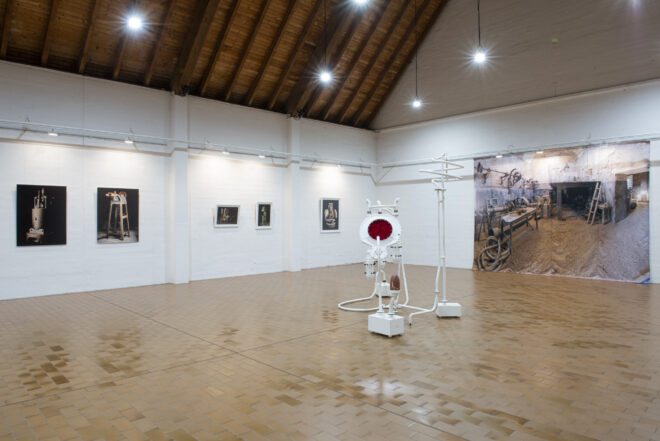 by ARCHISEARCH EDITORIAL TEAMArchisearchhttps://www.archisearch.gr/wp-content/uploads/Epikyklos-cover-370x700.jpg
SHARE THIS PAGE
WITH YOUR FRIENDS