I AGREE
Archisearch Array
Locality
The basic concept of our proposal is dominated by the architectural principle of locality – the specific quality that makes a structure a recognizable part of a given site. Hence, we searched for the natural, built, social and historical, elements of the environment in order to embody in the form, function and scale of the structure the main characteristics of the site. To satisfy practical, functional and symbolic needs we coined codes of form that express the present and give a specific meaning and identity to the landmark. The harmonization with its material environment and climate, a bioclimatic intervention by itself, dictated minimal energy expenditure and environmental interference.
Multiplicity – References
The structure constantly refers of its location at the interface of land and sea, as the old constructions on platforms above the water were at Faliro. The slightly curved shades reflect sails filled by the famous Faliron sea breeze. At the same time, the organization of the steel columns (masts) into a rectangular grid alludes to the city with reference to present and past structural elements of the land, like the buildings of the modern movement with the strict layout of column supports, the industrial saw-tooth buildings of Piraeus, the neoclassic symmetrical buildings with Classical columns, the “Tarantella” the famous recreational stand of the beginning of the 20th century.
The landmark also refers to the buildings that filled the shoreline in antiquity – the ship sheds of Piraeus with their 6.5 m wide ramps for pulling ships ashore and their colonnades bearing wooden inclined roofs.
The overall arrangement was made symmetrical relative to the main axis of the pier for reasons of: identification, familiarity, locality, sustainability and symbolism. The structure is slender and flexible, light as if it floats, transparent so as not to impede the view towards the sea, dynamic – its appearance changing day and night both in form and color. It is also “organically” connected to the infrastructure of the pier being its structural and aesthetic extension, emerging from the sea surface as an integral whole.
A multiplicity of uses is provided on the platform – programmed or improvised. Light signals are transformed by multimedia devices into optical and sound stimuli and become means of interaction and communication thus enhancing the role of the public.
Bioclimatic design
The design aims at the creation of favorable living conditions from the environmental, social and energy points of view through the use of renewable natural resources and structural components that may be reused or recycled.
Renewable natural resources are used – the sea water as medium of heat transfer (both for warming or cooling purposes), the wind for cooling or for electricity production by oscillating elements, solar gain (in winter). Renewable materials are also used (wood, water) as well as materials that may be recycled and/or reversed.
In selected areas, we place thin wooden beam shades. Their dynamic shape derives from a slightly cylindrical surface cut at an angle. The striations are parallel to the cylinder-generating line.
We avoided placing any shades immediately above the east and west platform zones, so that the public may unobtrusively observe the moon and the stars. Nevertheless, those areas will be mostly shaded in the summer, by the eccentric positioning of shades at an appropriate height above the restaurant building. During the hot summer hours, these shades will cast shadow over the semi-covered restaurant space, thus creating double (denser) shade.
Economy in construction and maintenance
Steel construction with the use of good quality standard profiles cut and formed in the factory results in lower cost, including transportation, compared with reinforced concrete. Construction also lasts less which means lower labor cost.
The structure has low operational cost as far as energy consumption is concerned and its life is practically unlimited provided it is properly maintained.
Architectural office : COUVELAS – KOUVELAS architects
Agni Kouvela – Panagiotatou, architect
Odisseas Diakakis – Damianidis, architect
Partners:
Nikos Agoropoulos, Mirto Tsitsinaki, Antonis Kouvelas, Mikela Ntetsaves, Katerina Vardakoulia
Expert Advisor:
YOLKSTUDIO, Manolis Hliakis – Maria Remoundou 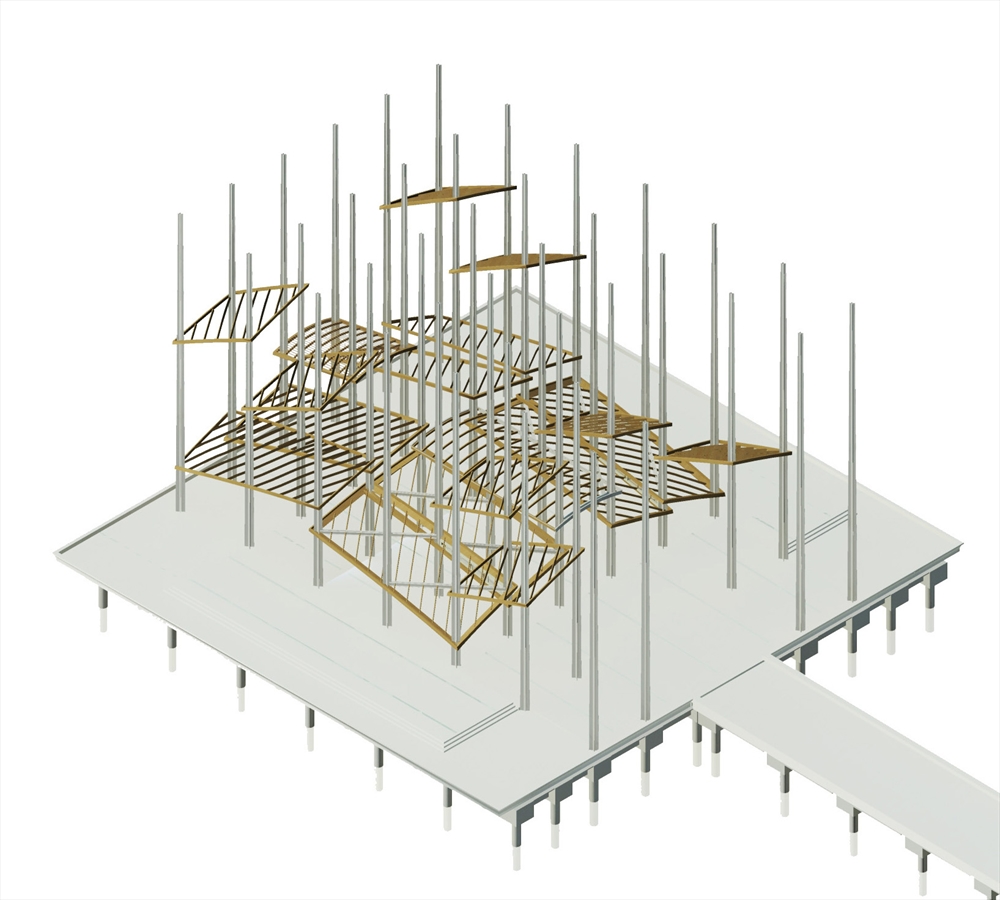 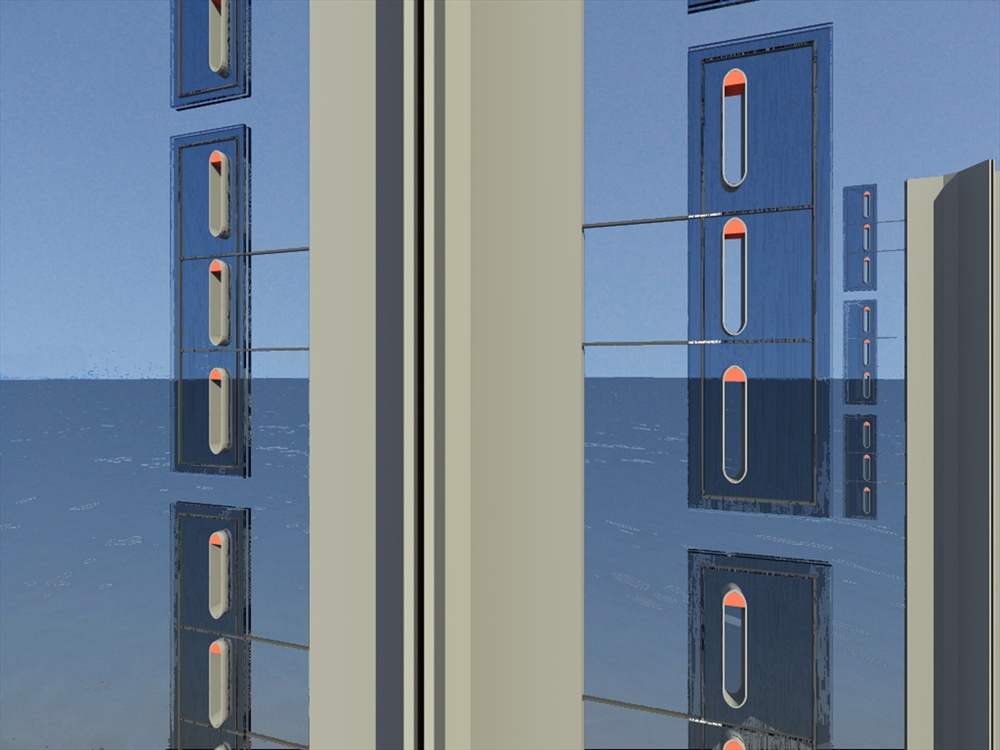 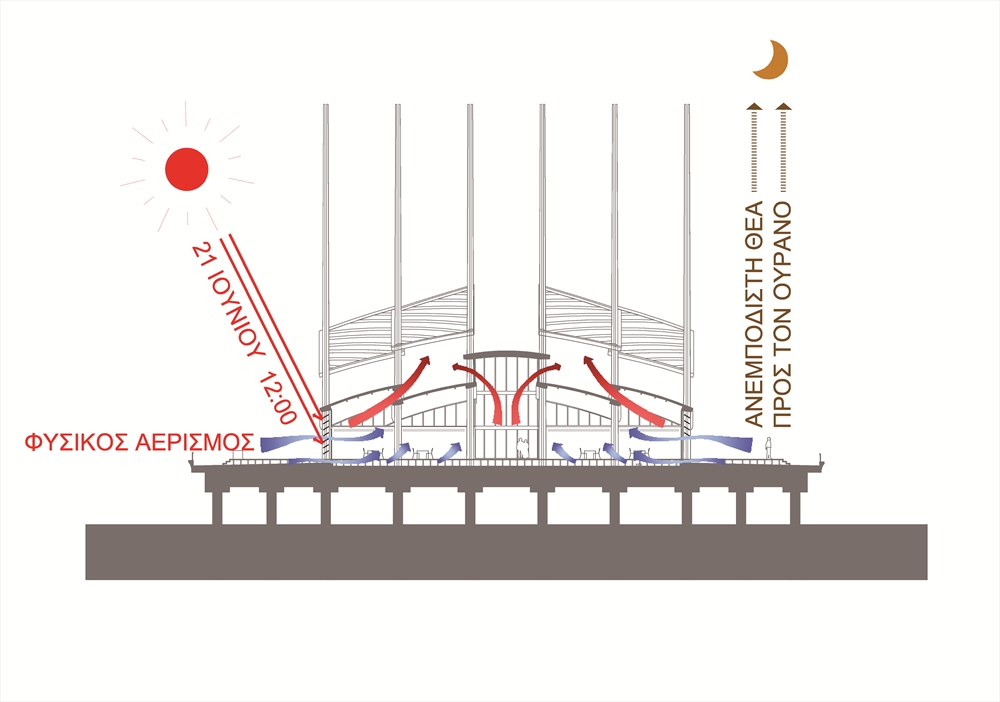 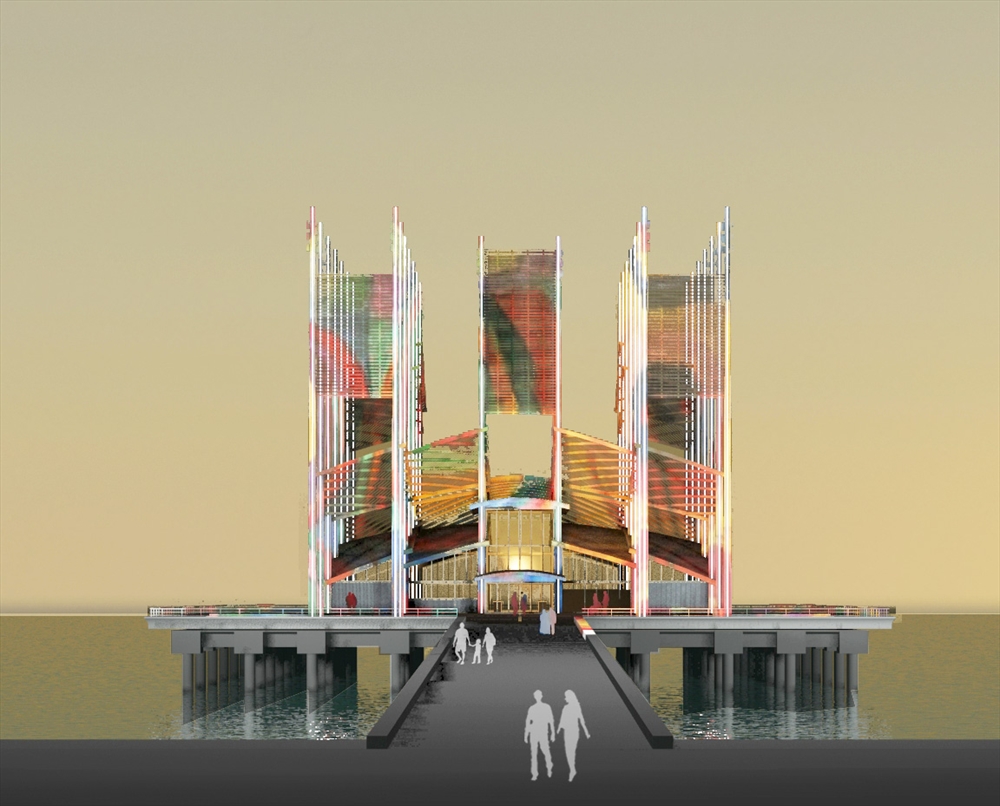 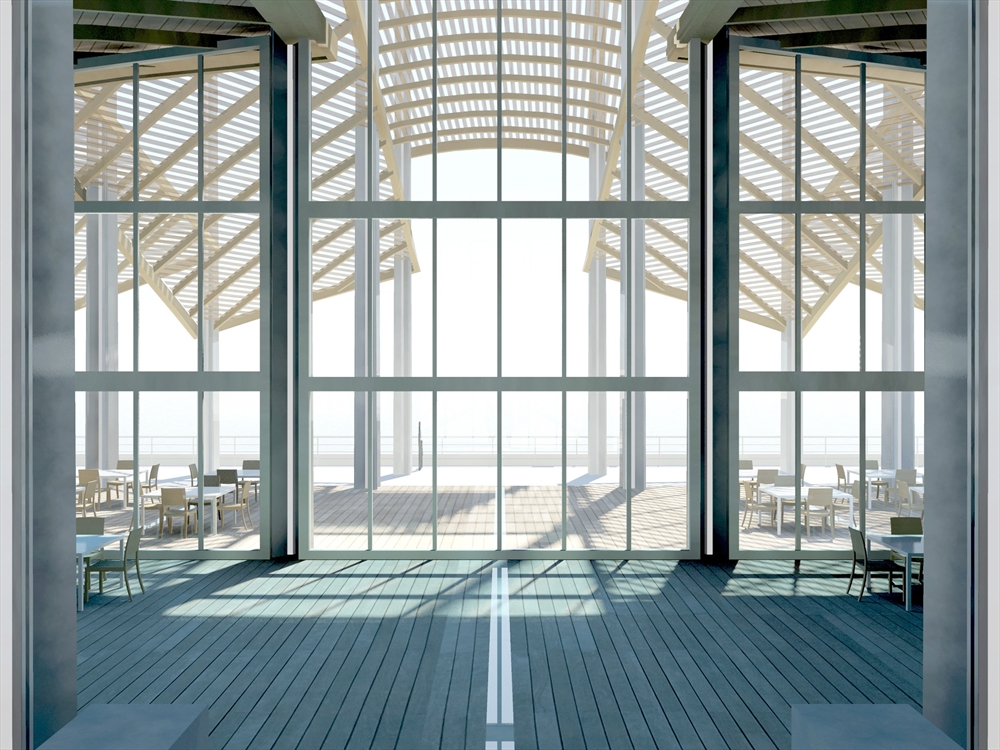 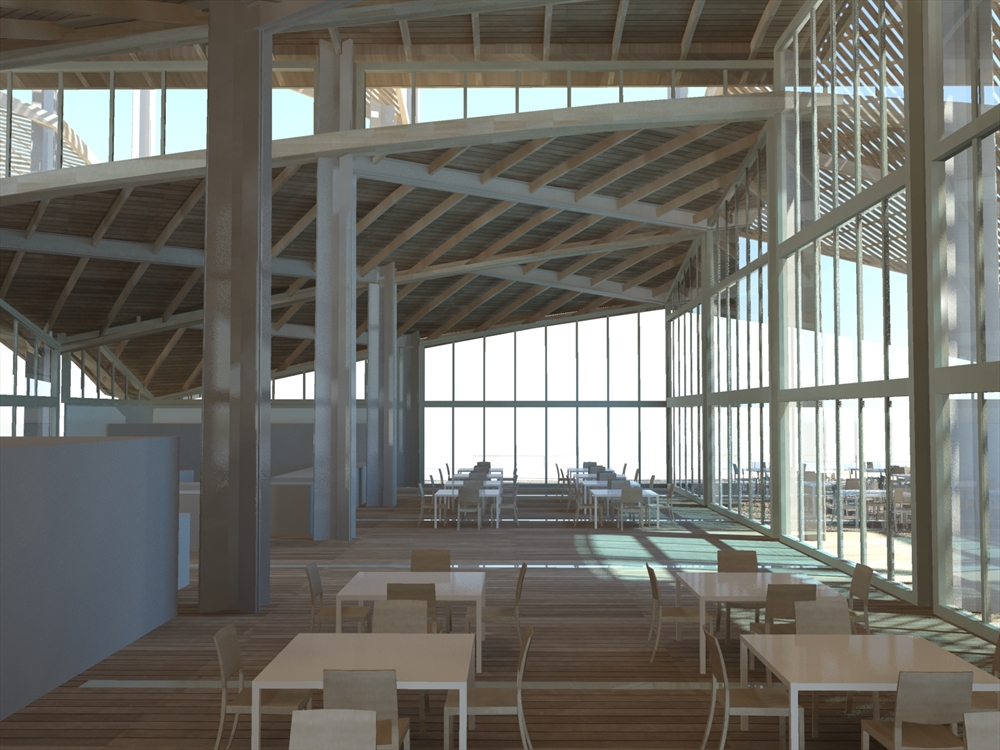 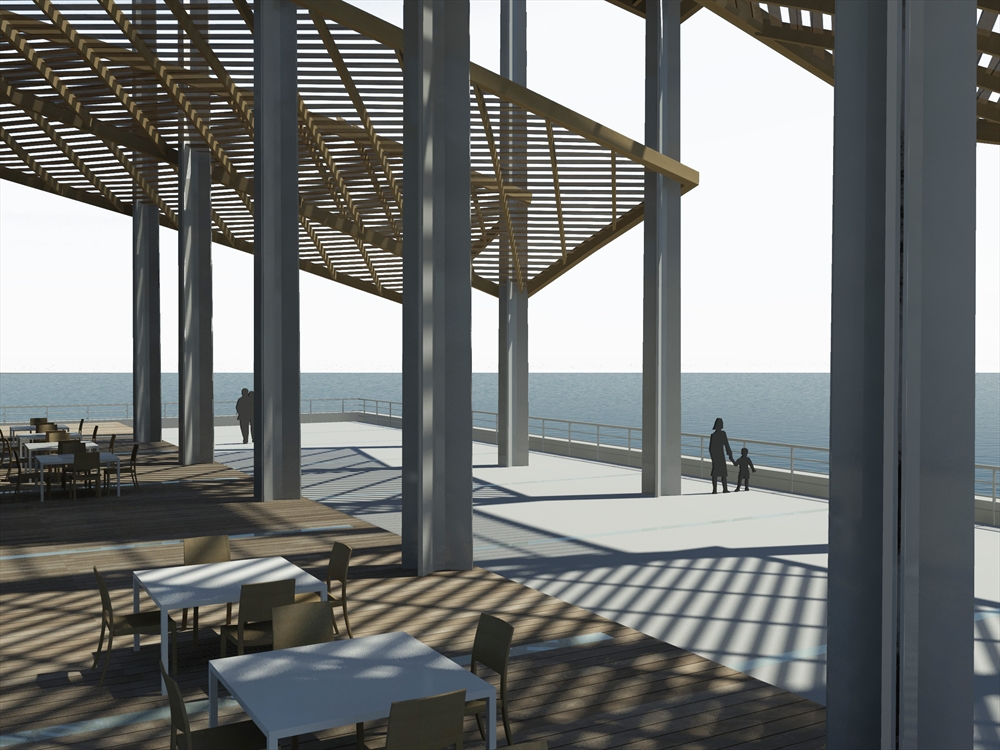 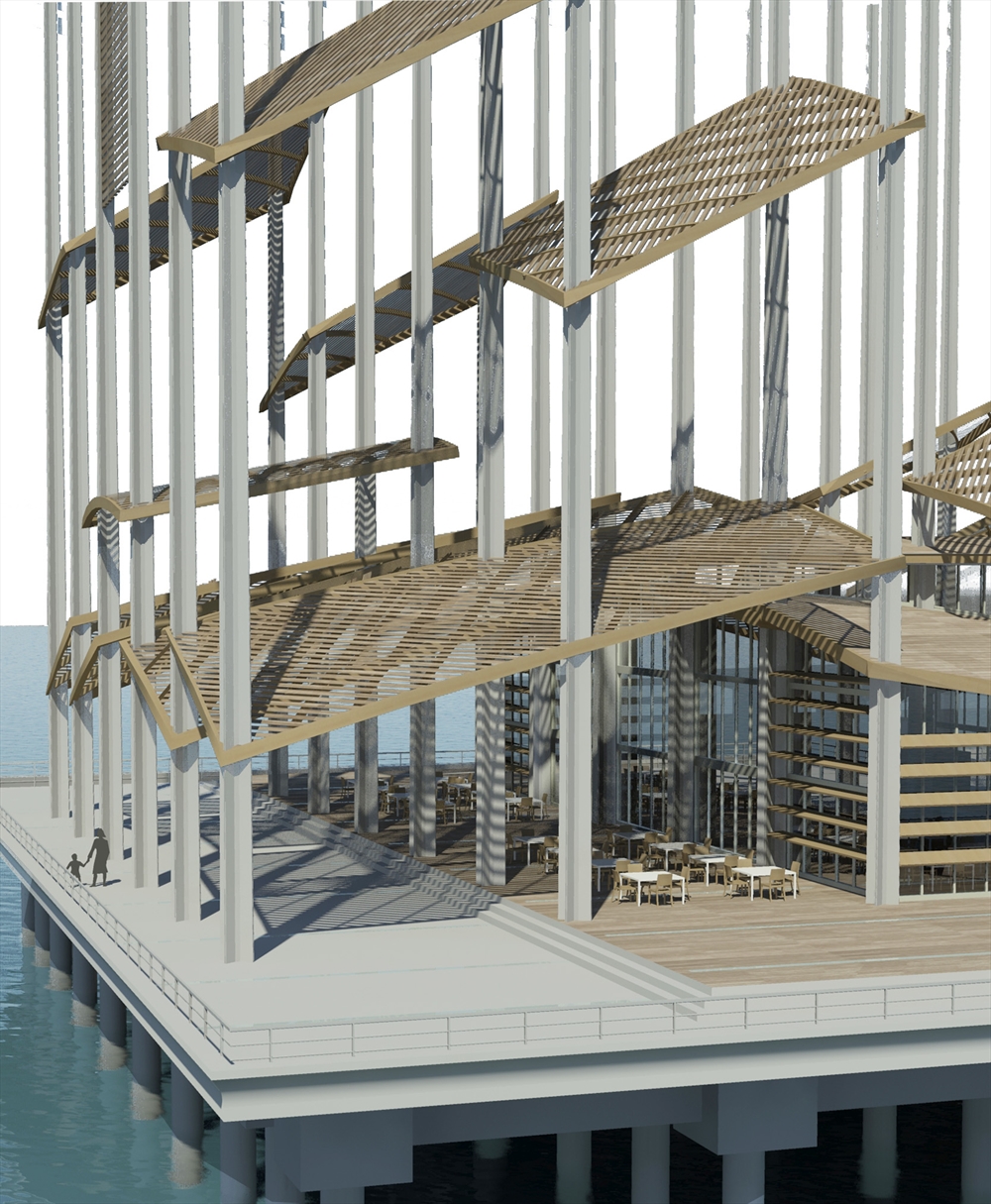 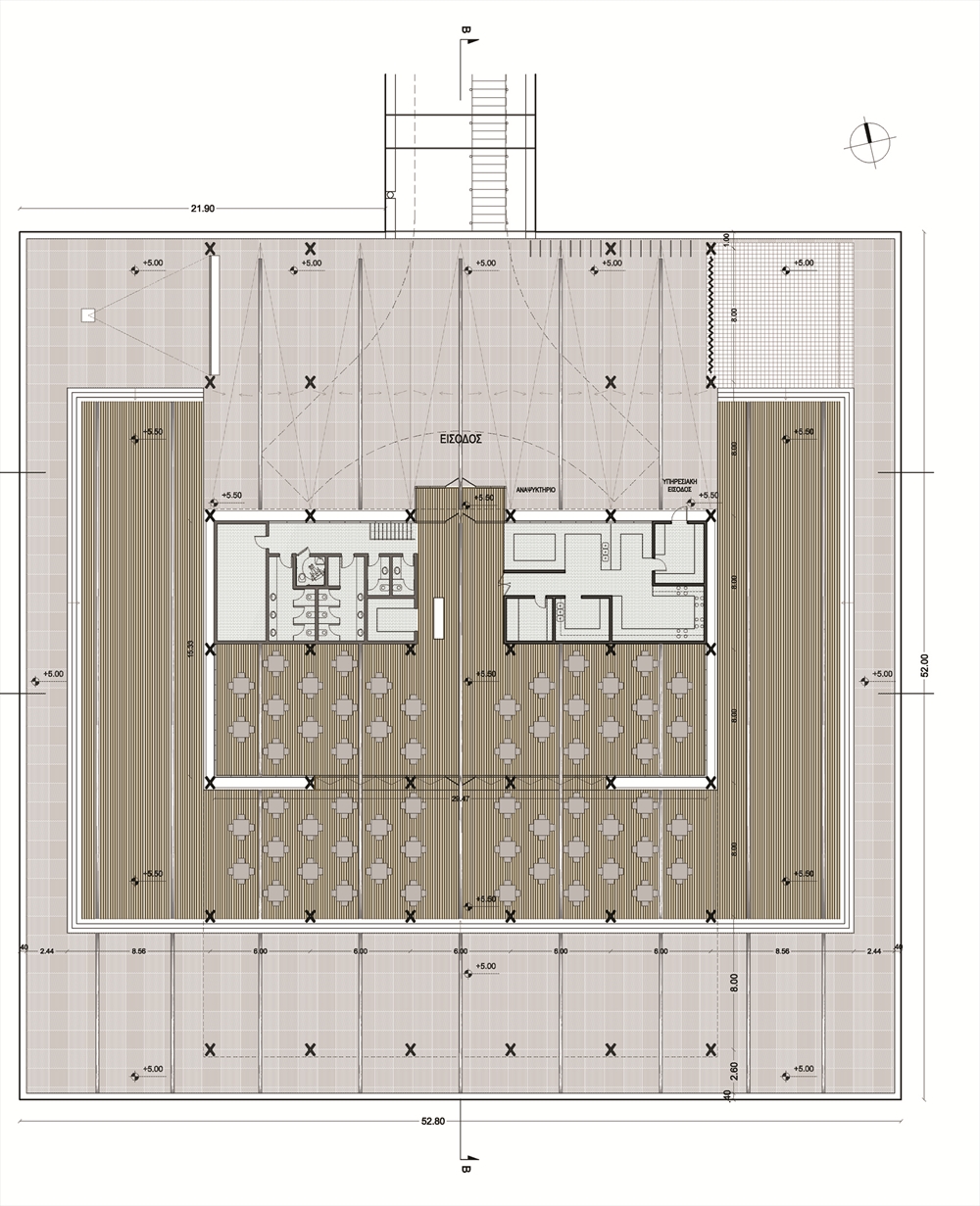 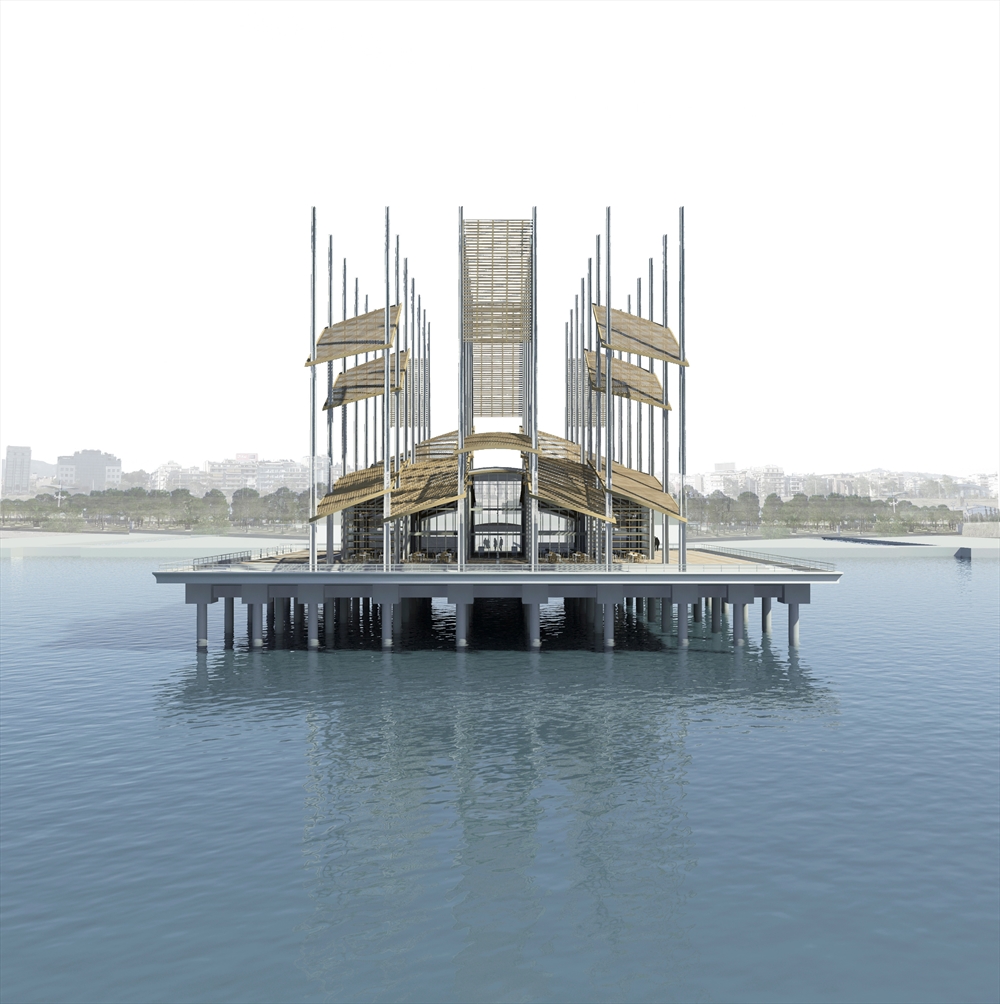 by VALIA KAVALLAArchisearchhttps://www.archisearch.gr/wp-content/uploads/farsala_square_competition-1-370x700.jpg
SHARE THIS PAGE
WITH YOUR FRIENDS