I AGREE
Archisearch https://www.archisearch.gr/wp-content/uploads/old-site/07-time-tissue-urbanforest.jpg
The project “time tissue” by the architects – landscape architects Katerina Andristou, Panita Karamanea and Thanasis Polyzoidis has been chosen for an Award in the Category of Non Implemented Landscape Architectural Projects at the 6th International Landscape Architecture Exhibition 2015. The Exhibition of International character is organized by the Serbian Association of Landscape Architects (SALA) every two years in Belgrade.
The International Jury give a Grand Prix and Awards at various categories (implemented, non implemented, plans, research etc). The award ceremony took place on the 5th of June at the Gallery of Science and Technology of the Serbian Academy of Science and Art, in Belgrade. The Exhibition will be open until the 4th of July 2015.
The project  forms a design proposal for Eleftherias (freedom) square in Thessaloniki. The site has a special importance for the city’s collective memory because various historical events happened there. The intervention aims to create a contemporary public space that maintains the site’s genius loci and inserts a strong ecological aspect. The concepts of memory, time and urbanity are considered as the main inspiration that gives birth to a square for urban events. The pavement, considered to be a unifying tissue allowing movement from the city to the sea, functions as a flowing surface providing various urban experiences.
In the center the proposed void constitutes a symbolic reference to loss, giving birth to an urban scene. Plantation is used as a structural element creating various spatial characters: shaded areas, mediterranean gardens, a canopy-alley and an urban forest. A wall with light points is proposed as an anti-monument homage to the historical victims, forming an atmospheric urban element. The project was shortlisted (place 12/133) at an architectural competition organized by the Municipality of Thessaloniki on 2013.
DESIGN TEAM:
Katerina Andritsou – Panita Karamanea – Thanasis Polyzoidis, architects – Landscape Architects
COLLABORATORS:
Architectural Lighting Design: Eric David
E/M Engineering: Panos Kampoukos
Photomontages: Marintina Kardarakou – Xenia Papantriantafylloy – Thanasis Polyzoidis
Cost estimate consulter: Gougas Associates 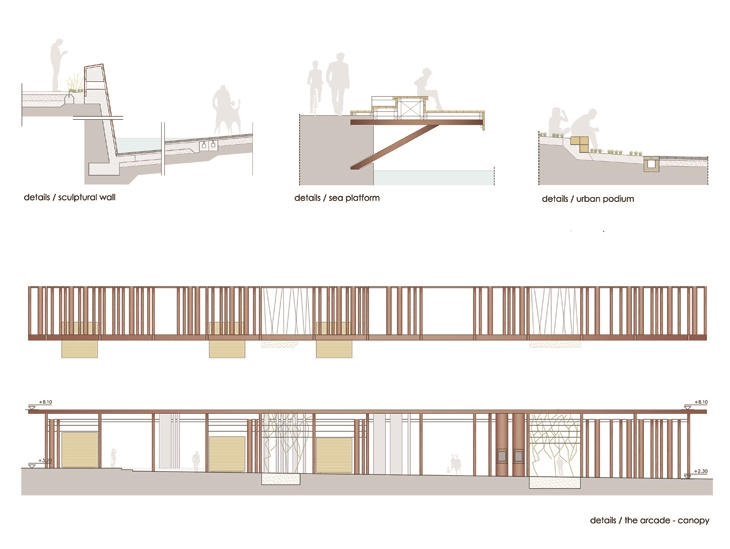 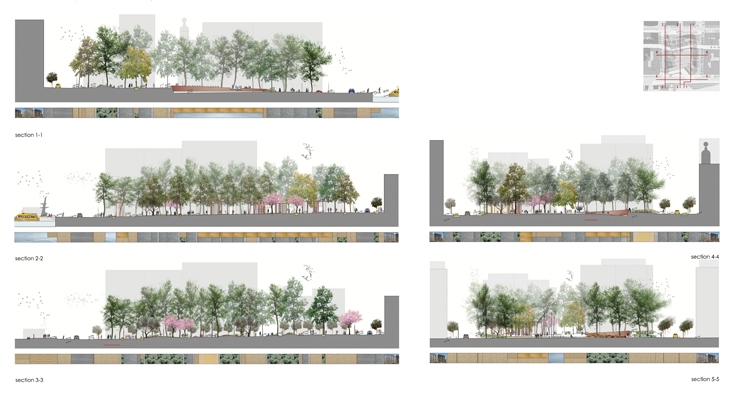 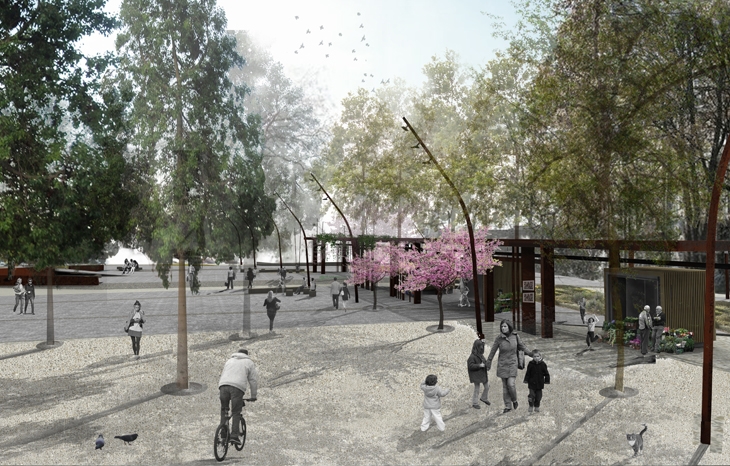 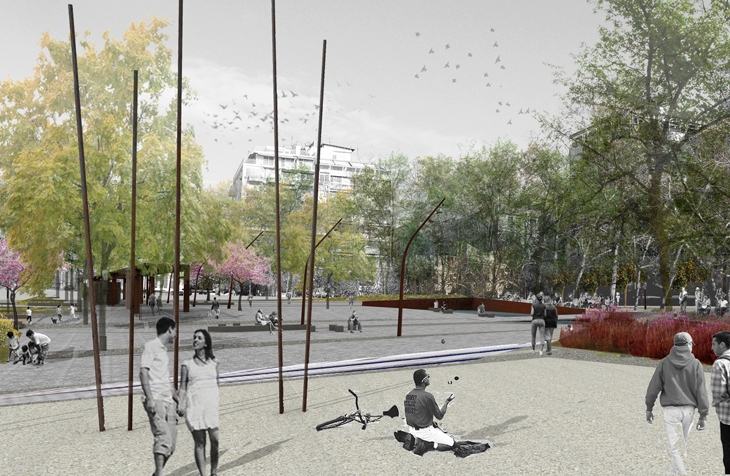 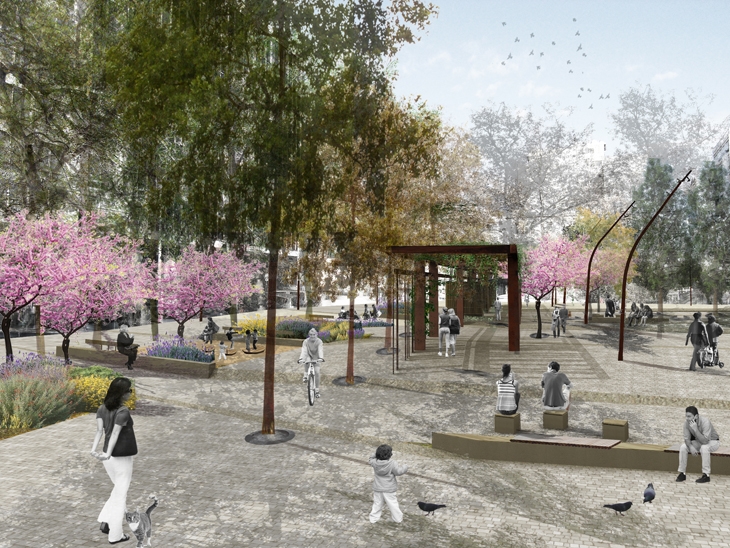 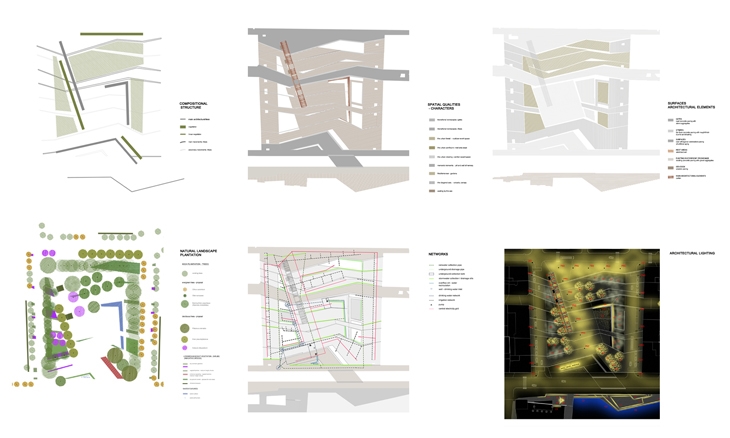 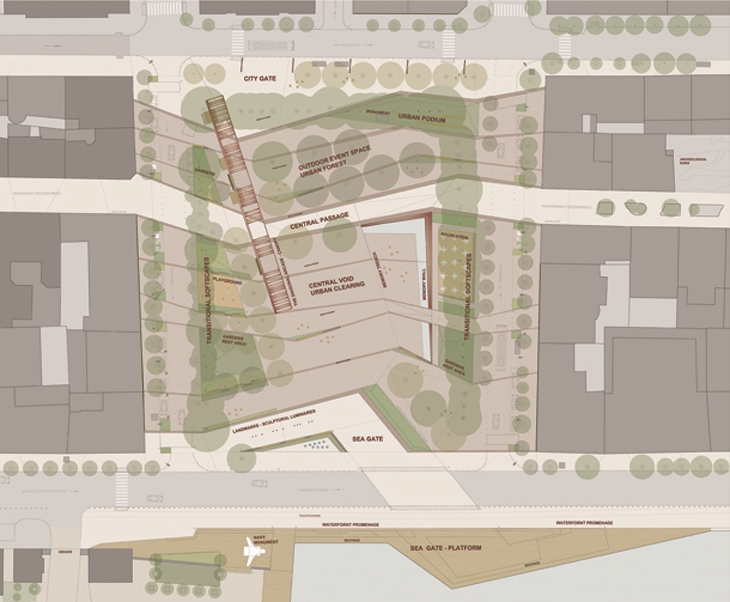 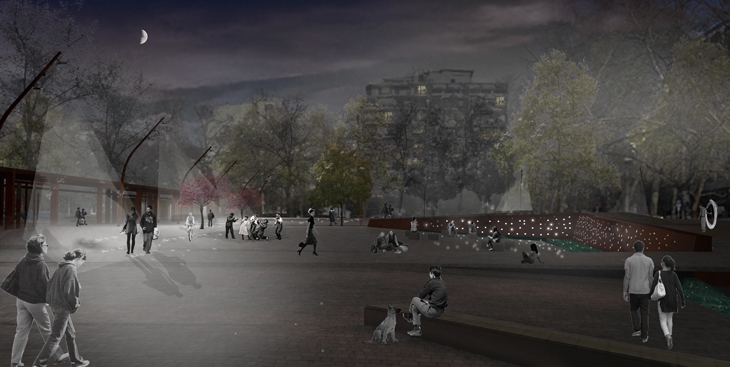 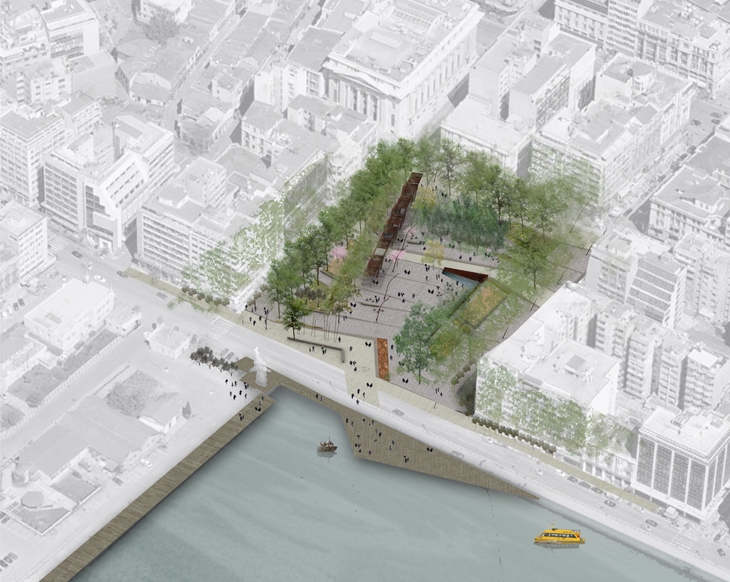