A thought provoking event for all those involved in the contemporary landscape design field took place at the Herrenhausen Palace in Hanover, Germany, from 20-22 June 2013. Organized by the Landscape Architecture Chair of Christophe Girot at the ETH Zurich, under the auspices of the Volkswagen Foundation, the Symposium was an exemplary gathering of outstanding thinkers and practitioners, representing major academic institutions and practices of the international landscape architecture scene.

Highlighting the strategic value of education and multidisciplinary research in the creation of knowledge, Wilhelm Krull gave the welcome address on behalf of the Volkswagen Foundation. He was followed by Cristophe Girot, who expressed his hope for the event to become “a milestone in reflecting on our work, as Landscape Architecture seems to have become an uncritical profession in recent times”. In the following two and a half days the critical debate under the general title of “Thinking the Contemporary Landscape – Positions & Oppositions” gravitated around three main topics, with lectures and discussions shedding light on a multitude of issues both in logos and praxis.

The “Science and Memory” session dealt with the dualism of reading the landscape emotionally and cognitively on the one hand and scientifically on the other. It was launched by Vittoria di Palma (University of Southern California) who suggested that only if we conceive the landscape as a generator of moods and emotions will we be capable of uniting its scientific, cognitive and poetic aspects. Georges Descombes (Atelier Descombes Rampini) sought these same aspects of the landscape in his own projects: he summarized the key points of appropriating a program to a given site without memory being literal or nostalgic, but underlying the design and in a continuous dialogue with interdisciplinary research.

From a different viewpoint Adriaan Geuze (West 8) illustrated the Dutch tradition of “making land”, where the engineer constantly challenges his expertise to re-position himself poetically towards the creation of cultural landscapes. Through a similar historical quest, Kristina Hill (University of California, Berkeley) tried to reveal the biological – scientific as well as the cultural – social roots of memory coded into images and narratives. Their interaction with design should in her words lead to the creation of viral prototypes not necessarily unique and sophisticated, nevertheless able to change the larger performance of the city.

The “Power and Terrain” session was a critical examination of the current shift from the values of locality embodied in the terrain towards a more generic discourse on globalization. It was launched by David Leatherbarrow (Penn Design) who reflected on the power of terrain to either allow or resist design. Showing examples of built projects performing often unexpectedly, he argued that the landscape can become stronger than the local versus global conflict through its performative capacity. Saskia Sassen (Columbia University) referred to the city as the terrain: through the visual and oral vocabulary of a social scientist she analyzed the urban footprint of global finance. Arguing that not any densely built up terrain is a city, she underlined the necessity of “giving speech back to urban spaces” as the power to fight against the mono-culture imposed by mega-projects.

In the same session Kongjian Yu (Turenscape) illustrated the current status of the profession in his homeland China as the art of survival against the human and cultural cost of rapid urbanization and globalization. He illustrated his “think as a king, act as a peasant” metaphor with the effectiveness of simple, quick and minimal interventions that can lead to the integration of ecological infrastructure in different scales, switching between the top-down and bottom-up approaches. Charles Waldheim (Harvard GSD) then shifted the power and terrain topic from performance to appearance, presenting the field’s ongoing digitalization and its interaction with the identity of the discipline. Waldheim argued that the once radical transformation of representation based on the data driven side of our discipline must give his place to a new and revised form: the “digital landscape 3.0”.

The session ended by Kathryn Gustafson’s (Gustafson Porter, London & Gustafson Guthrie Nichol, Seattle) lecture about the “contemporary picturesque landscape”, a combination of the historical picturesque with urban ecology. Gustafson raised issues of design, financing and maintenance in the creation of functional landscapes, where public desires are met along with the integration of technical innovation and expertise.

“Method and Design”, the last session of the symposium, was an attempt to define a contemporary operative approach to landscape thinking and doing. James Corner (Penn Design) focused on the “thick and the thin of it”: the dialectic between the specificity of the locale and the heterogeneity of globalization and objective methodology. Through the analogy of the thin paper plan versus the thick layers of cultural and natural history, he defined ways of improving sites through the re-appropriation of existing features. The same dualism could apply in a way to the thin but performative landscape plans currently produced in the United States versus the thickness of terrain in Europe in terms of cultural and historical heritage. Cristophe Girot (ETH Zurich) representing one of the major academic institutions in Europe outlined the objective behind being grounded to topos, the place as embodied in the notion of topology currently under research in his chair. New technological methods of viewing, understanding and analyzing the terrain are currently in an experimental stage at the ETH without disregarding the issue of “placelessness”. An interesting discussion between the two speakers and Sebastien Marot (Ecole d’architecture de la ville et des territoires, Marne-la-Vallee) repositioned contemporary technological tools as a complementary instrument to update and test acquired knowledge, experience and competence in landscape education and practice.

All sessions were followed by comments by a special guest and discussion with the key speakers and the audience. As a side event nine young researchers were selected to present their ideas about what they consider to be the most pressing desiderata with regards to research and the design of the contemporary landscape. The three winners of the poster presentation awards selected by the jury were: Christiane Kania (University of Hanover) for “On Playing and Designing”, Maider Uriarte (TU Munich) for “Dystopic Landscape: The Specificity of Urban Landscapes on Slopes” and Nadine Schütz (ETH Zurich) for “The Acoustic Dimension of Landscape Architecture”.

Knowledge, experience and academic brilliance shared and disseminated from scholars and practitioners from across the globe provoked critical thinking, set within a broader framework. In a world seemingly without boundaries where images travel faster than thoughts, such events can create a culture of deeper insight into contemporary landscape issues. 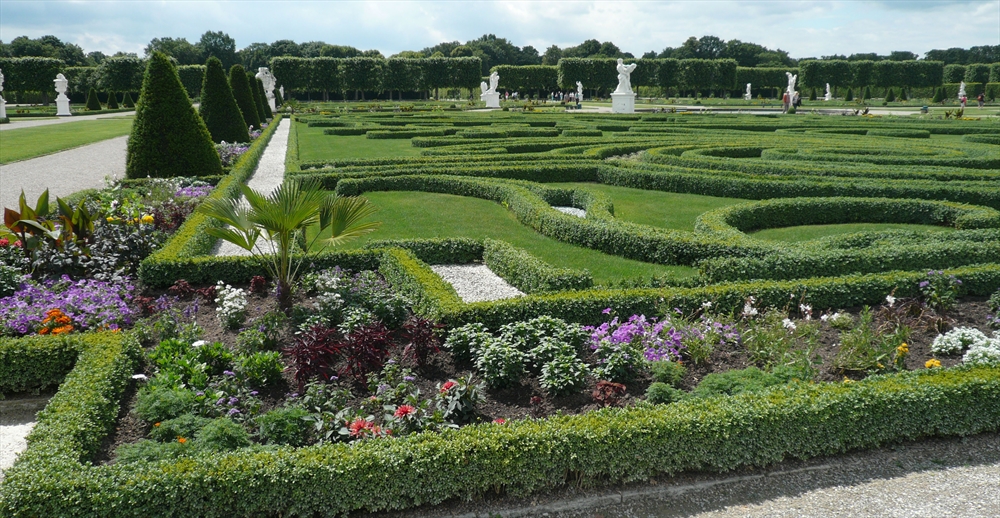 THE GARDENS OF HERRENHAUSEN 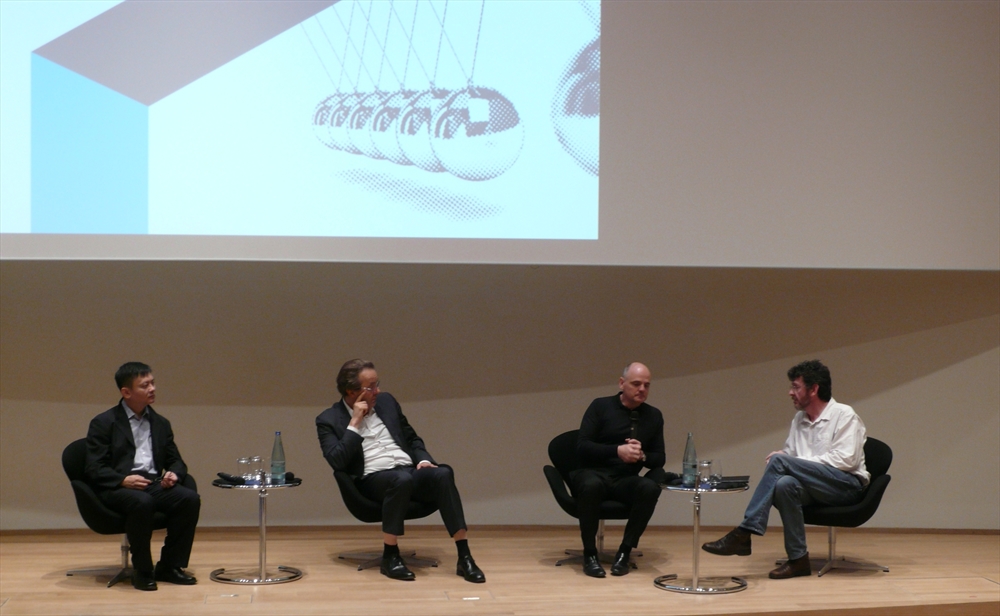 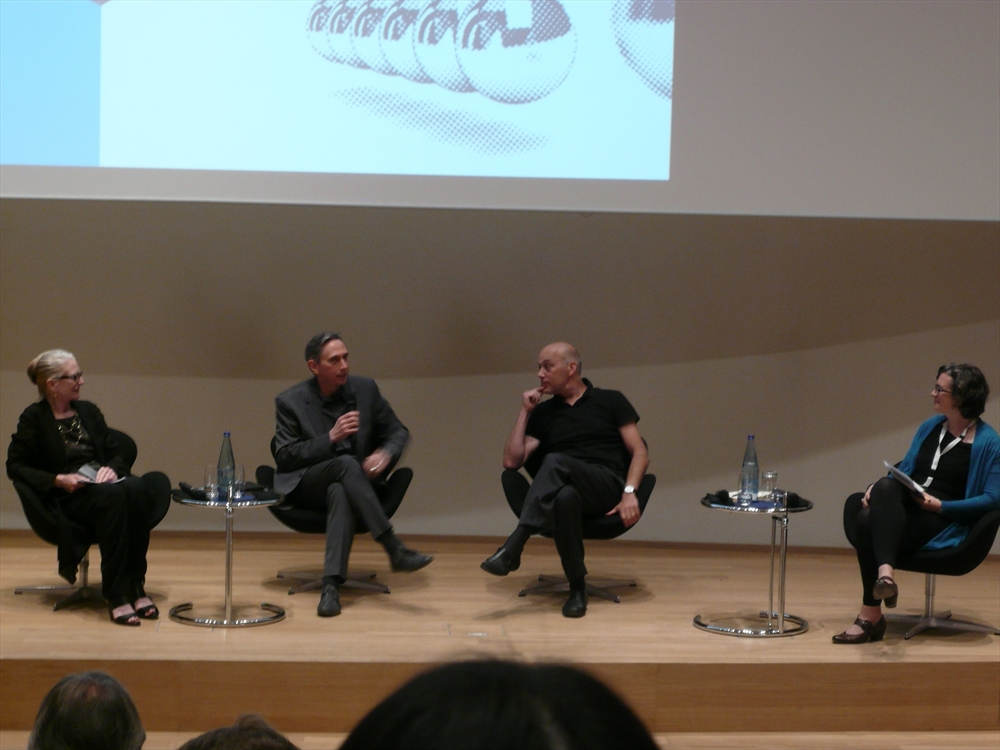 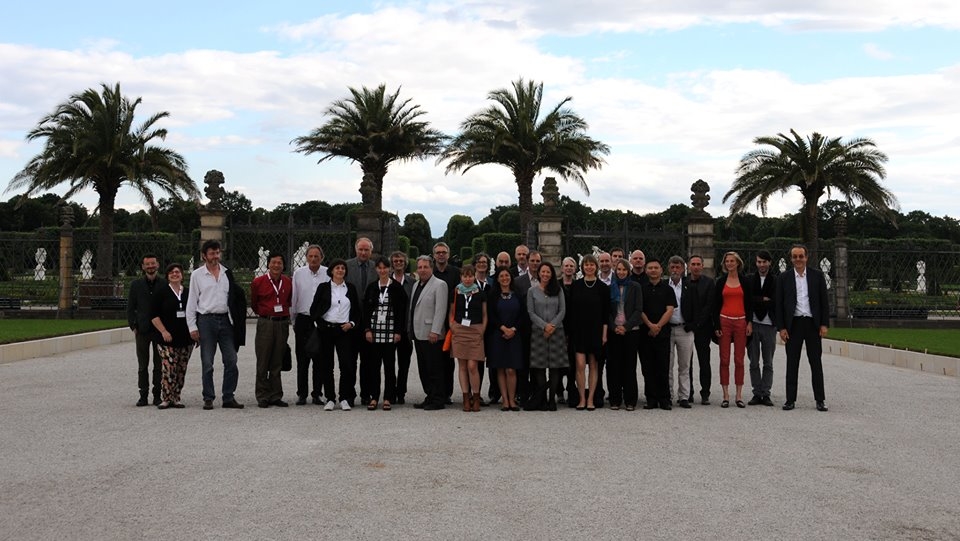 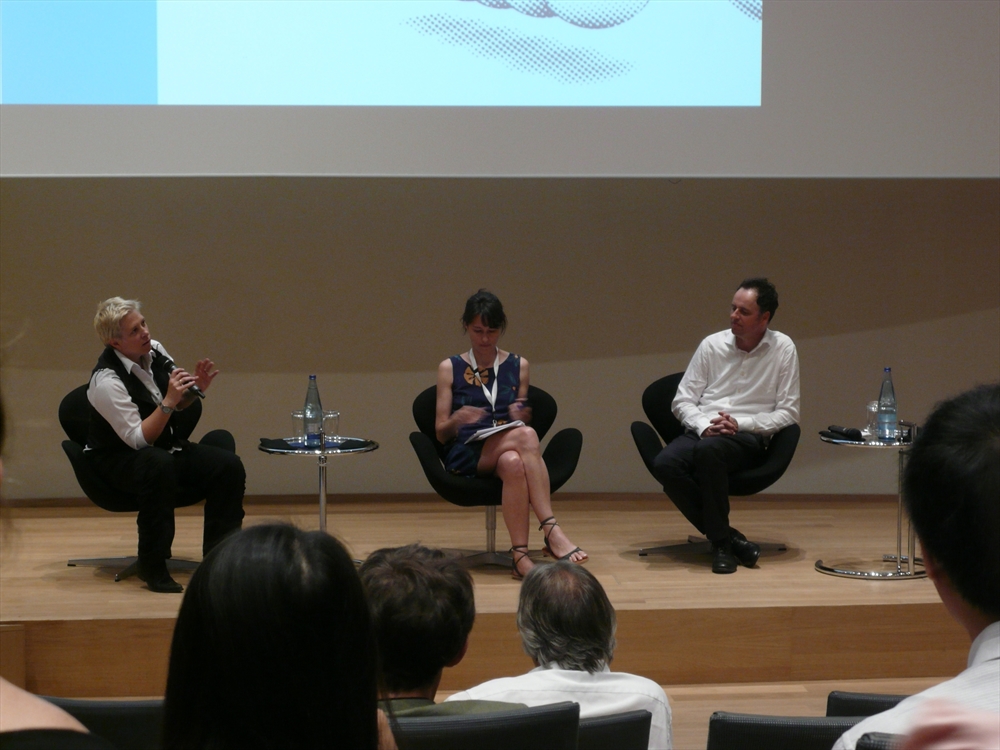