vora architecture studio refurbished Vallirana 47, a small housing building in Barcelona, Spain creating a hybrid space between the new and the old in a respectful yet playful way.

Vallirana 47 was recently awarded “best small apartment of the year” at the Frame Awards 2020. The project received previously several recognitions such as honorable mention at the Tile of Spain Award 2019, finalist at the Arquitectura Plus awards 2019 and Surface Design awards 2020; and was selected at Fad awards 2019, The Plan awards 2019, Catalunya Construcció Award 2019 and Dezeen Awards 2019.

Vallirana 47 is a sensible refurbishment of a small housing building between party walls in Barcelona, designed by vora and finished in 2019. It is a quite anonymous and discreet building. Its value doesn´t lie within any singular identity, but in the sense of continuity of an epoch. The work consists of the refurbishment of 5 of the 6 dwellings in the building, and the common spaces. 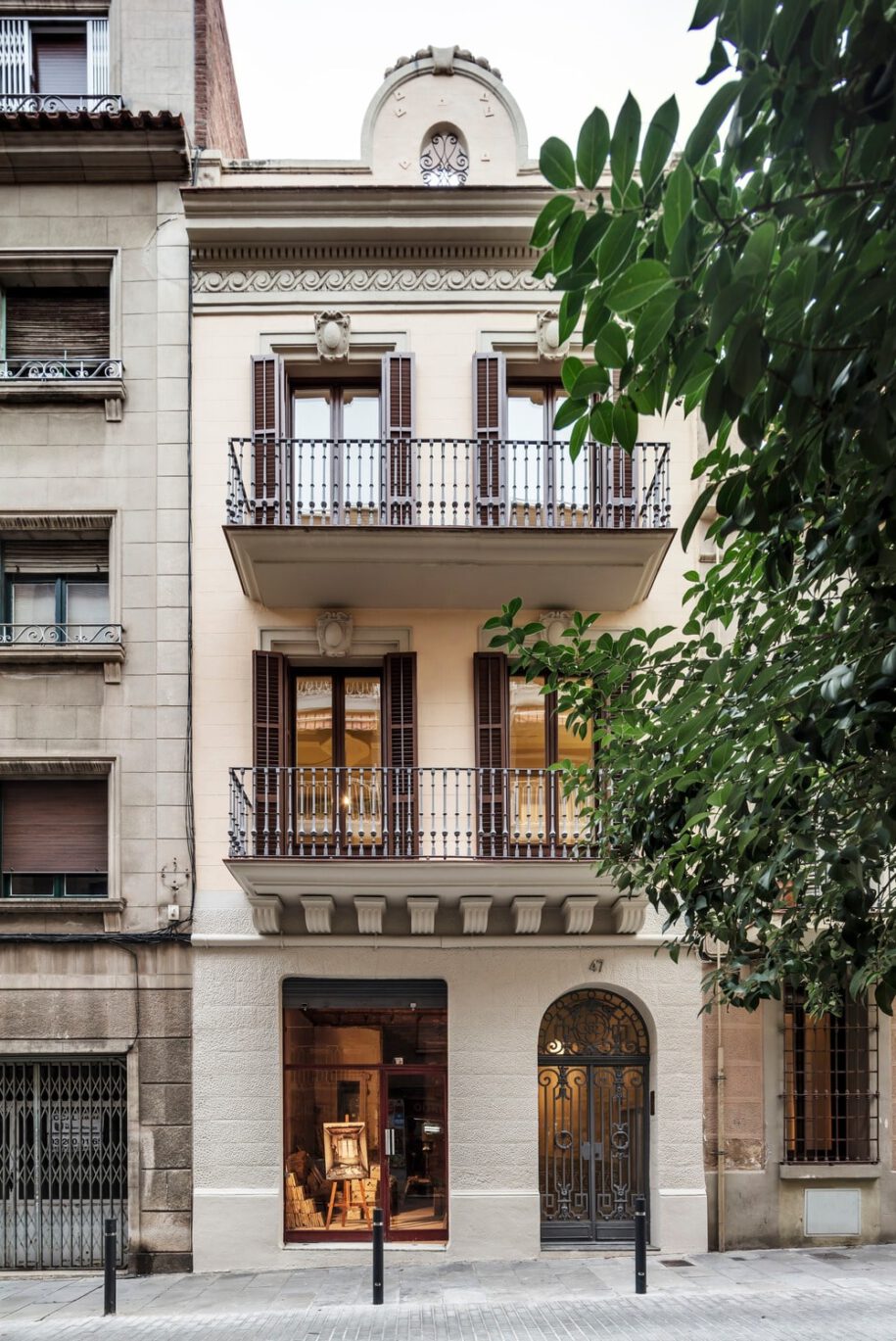 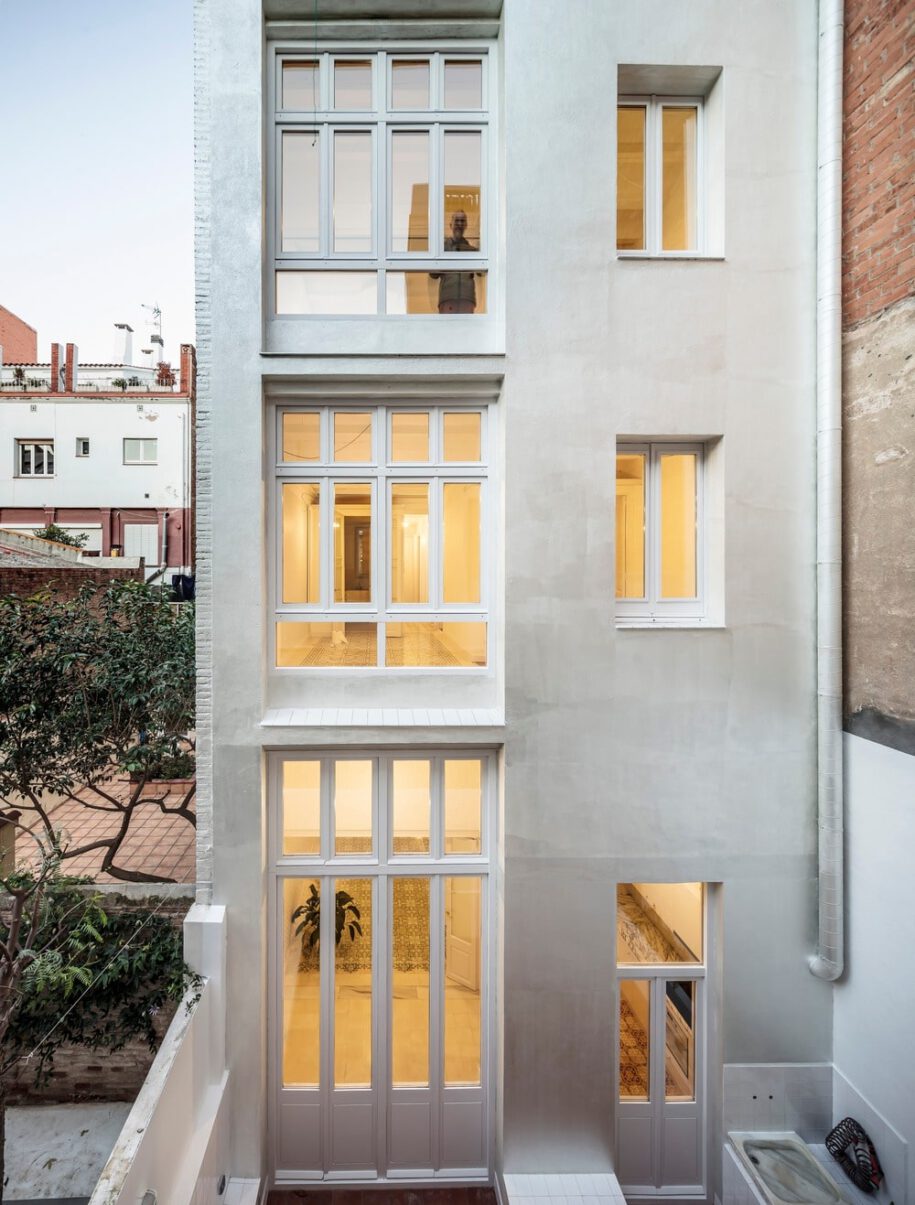 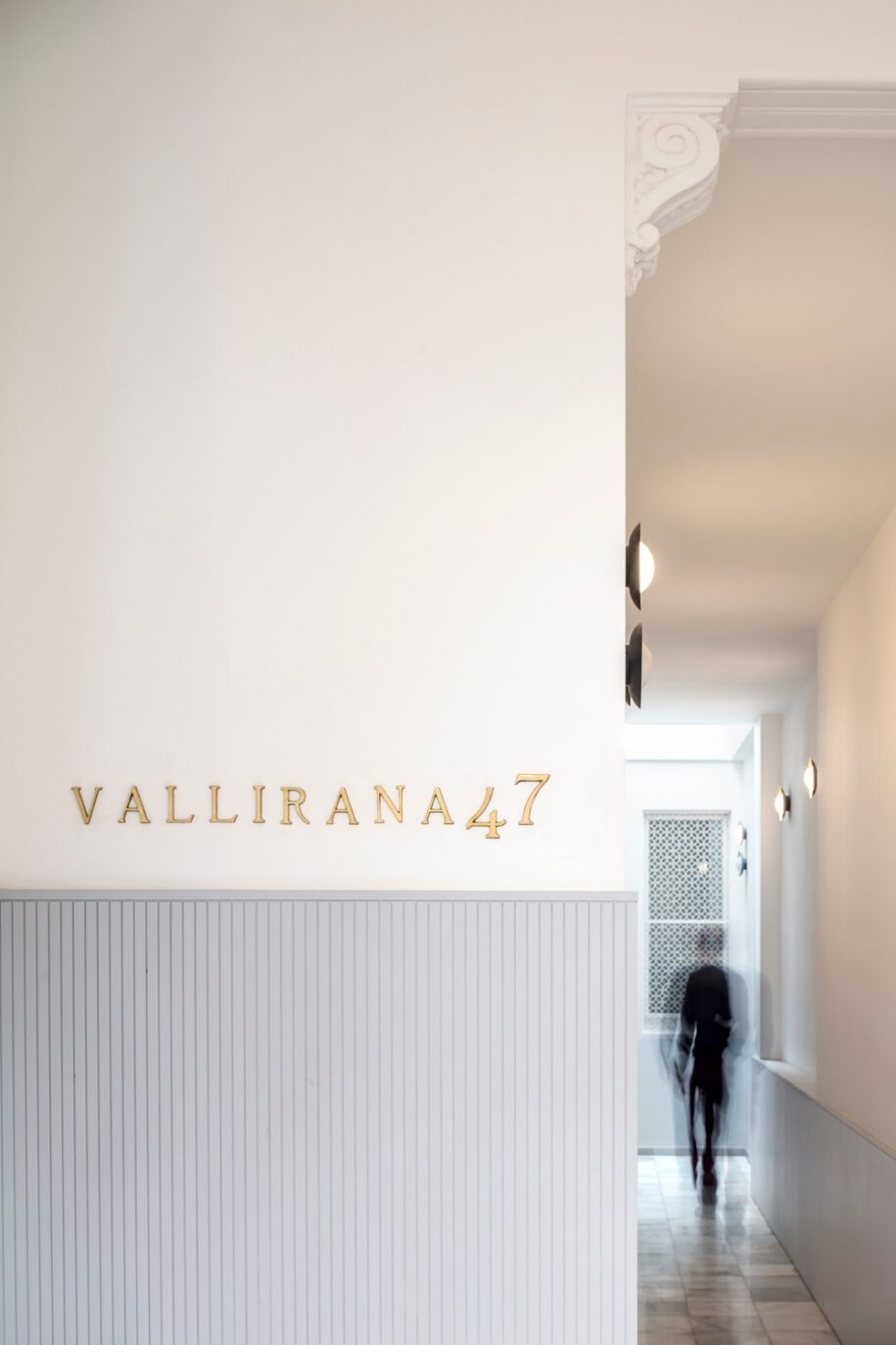 Aroused by the way of thinking of the client “Pontejos (conservation and preservation)”, the architects brought the project to a high level of hybridisation between the new and the old, to which they had never achieved before. 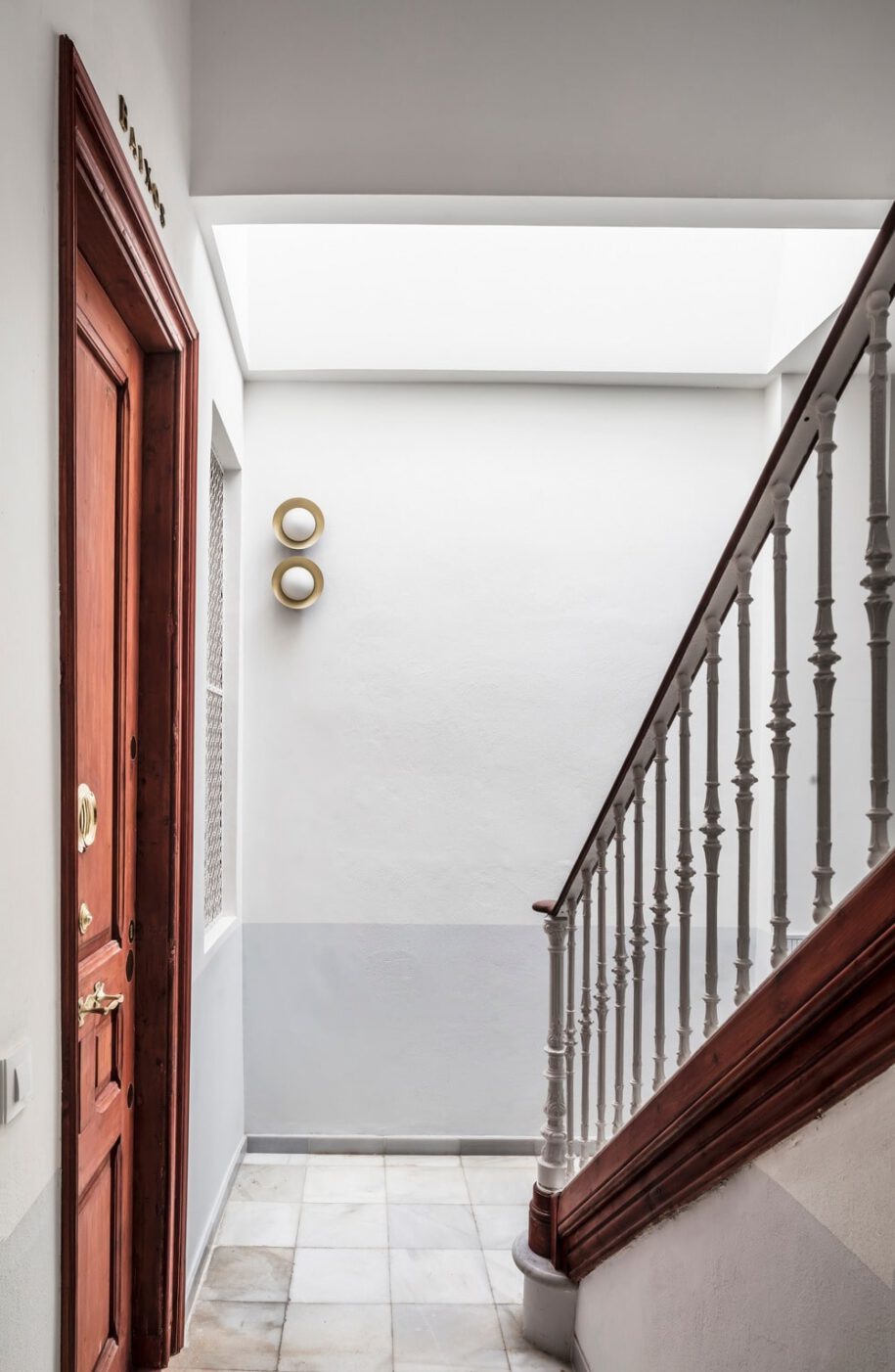 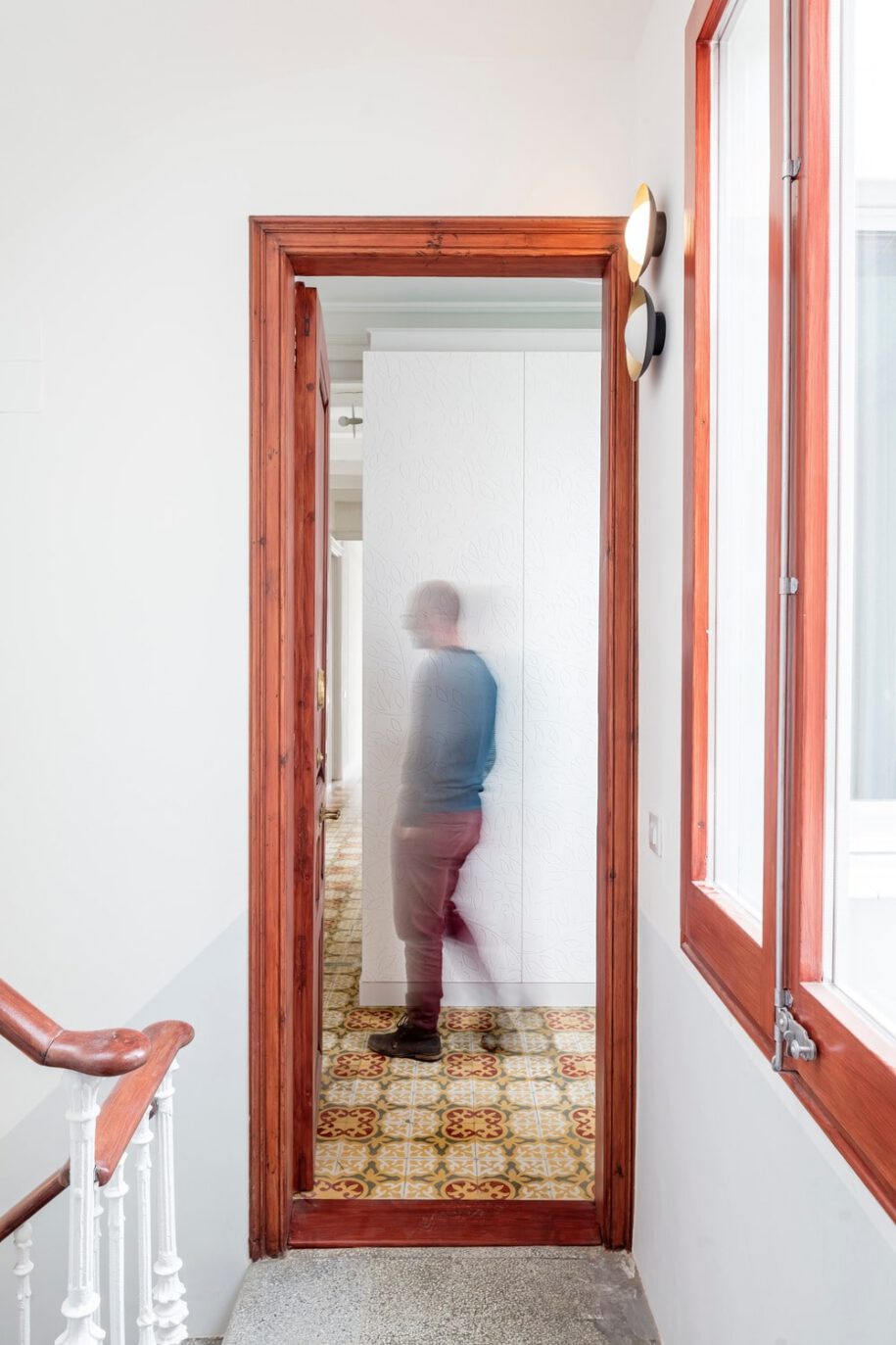 They worked with the identity of the building in a way that is both continuous and disruptive, with a respectful and at the same time playful attitude. The new spatial arrangement is superimposed to the existing one in an expressive way, through friction and displacement. 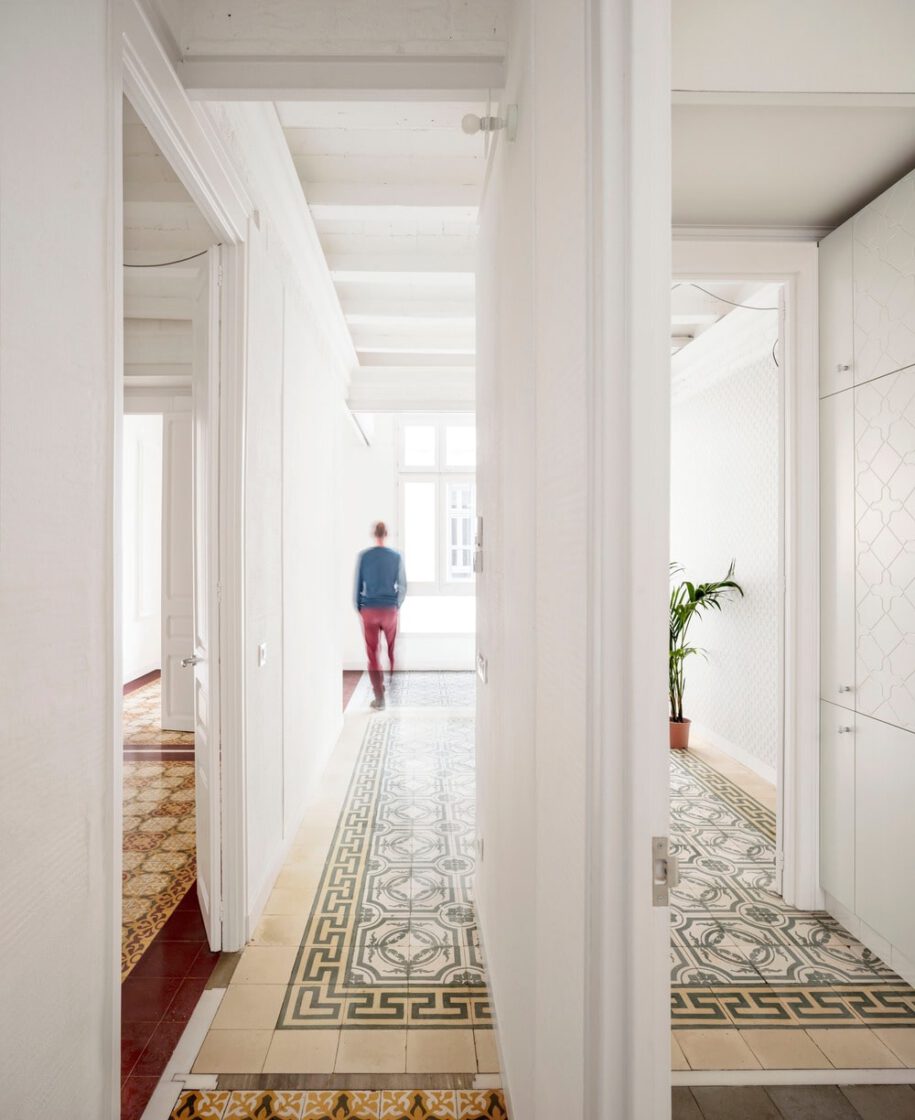 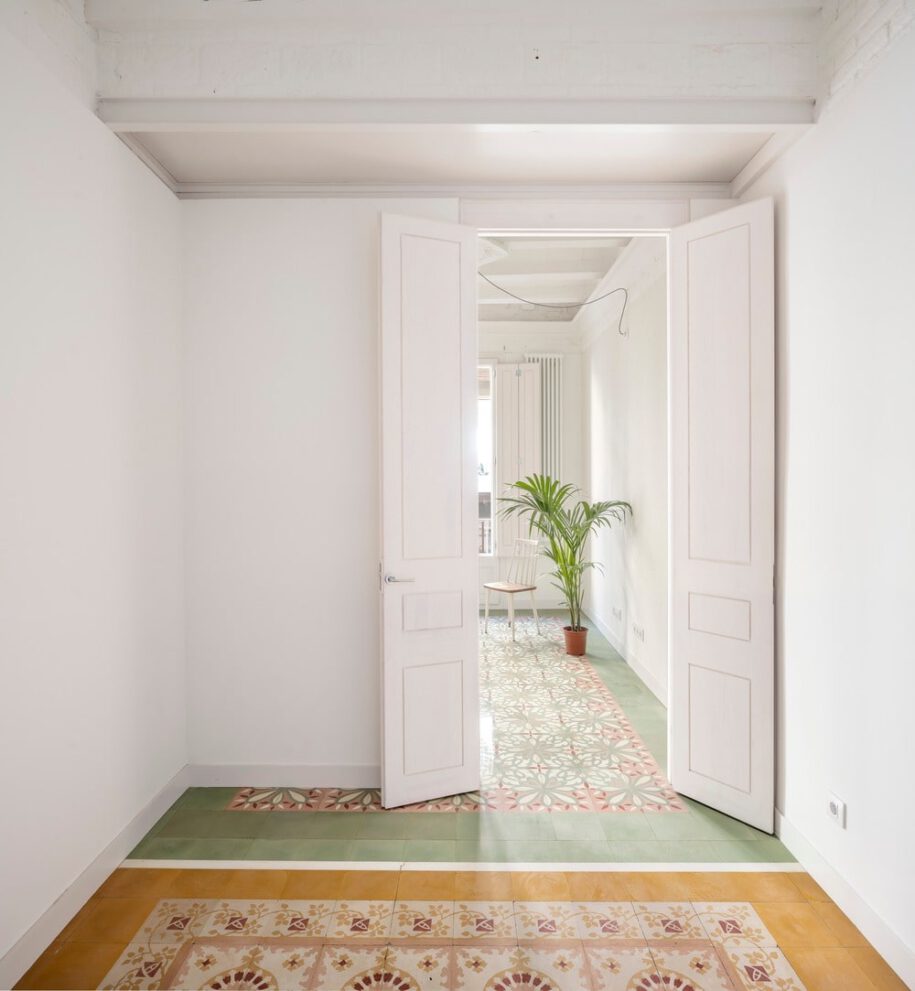 Pavements and ceilings incorporate the order and hierarchy of the original spaces, while the partitions express, at the same time, part of this memory, as well as the transformations made. 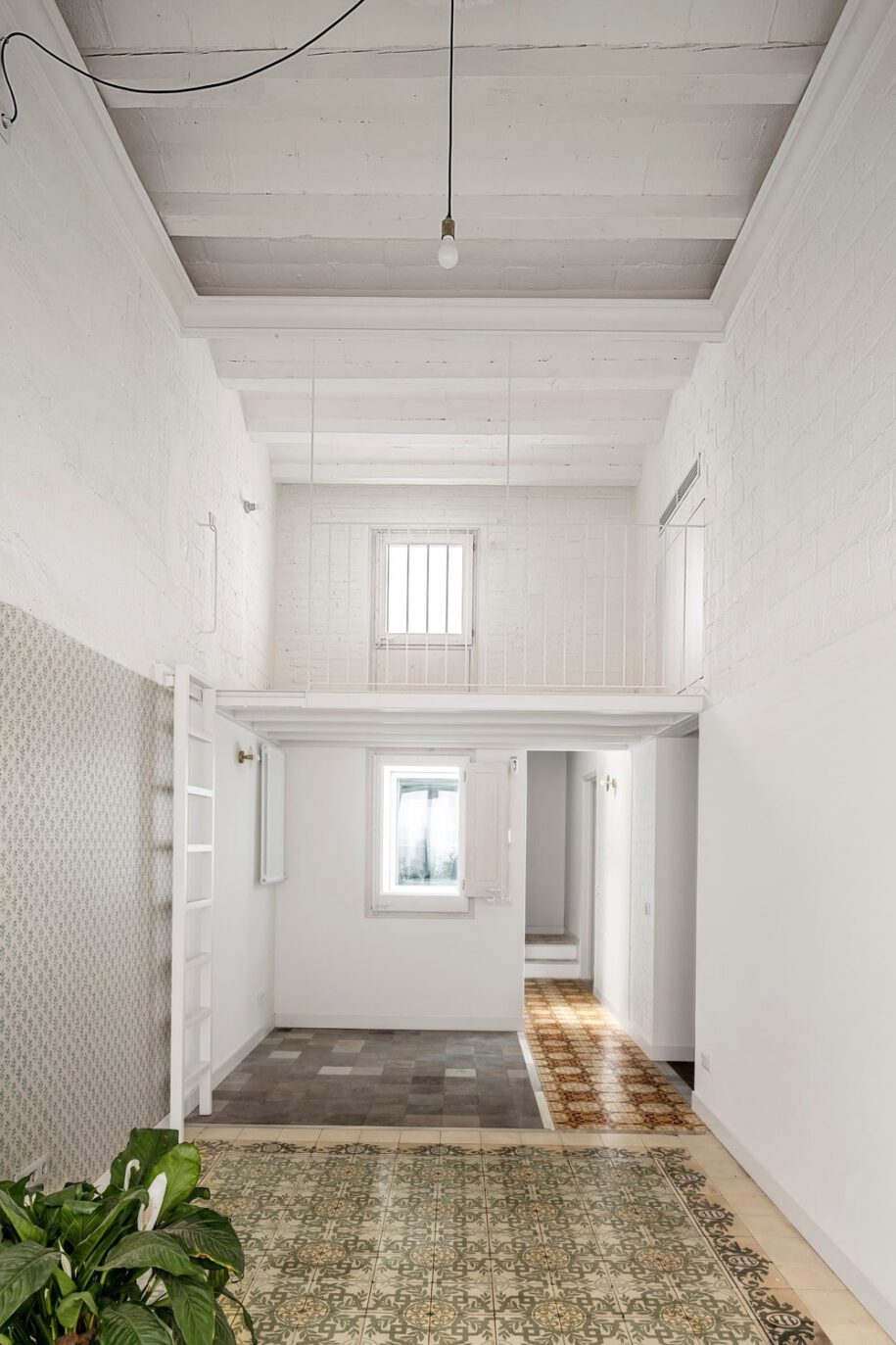 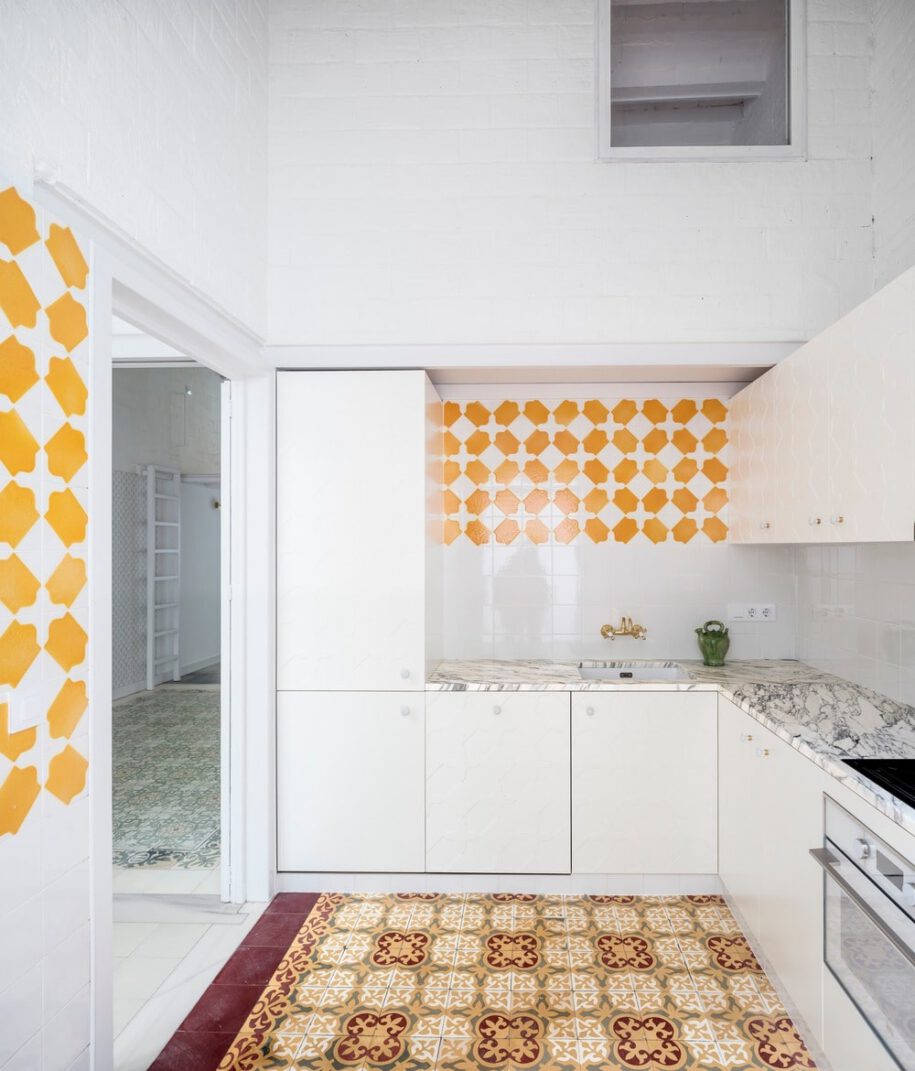 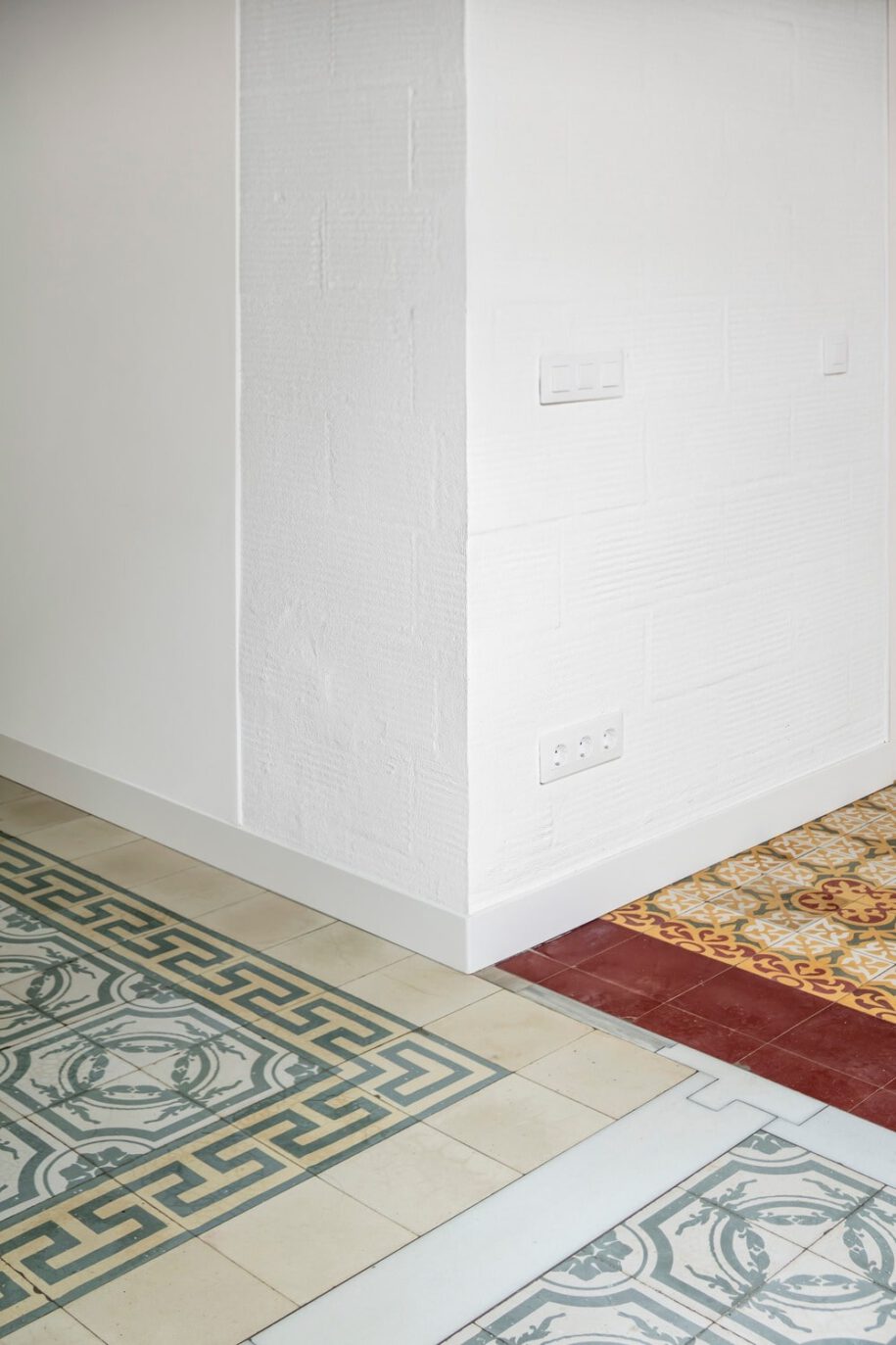 The intervention, in a material approach, tries to hybridize with the pre-existing. Many materials and elements of the building were reused, which maintain the atmospheric continuity. Everything that was added, links with this continuity, from the most tactile aspects to the most abstract ones: glazed tiles, application of graphic patterns extracted from the building’s grids, wall papers, etc … In this sensory approach, it was also incorporated the stratification of qualities that characterized the residential buildings of that time, specifically in the detail of some coatings and elements. 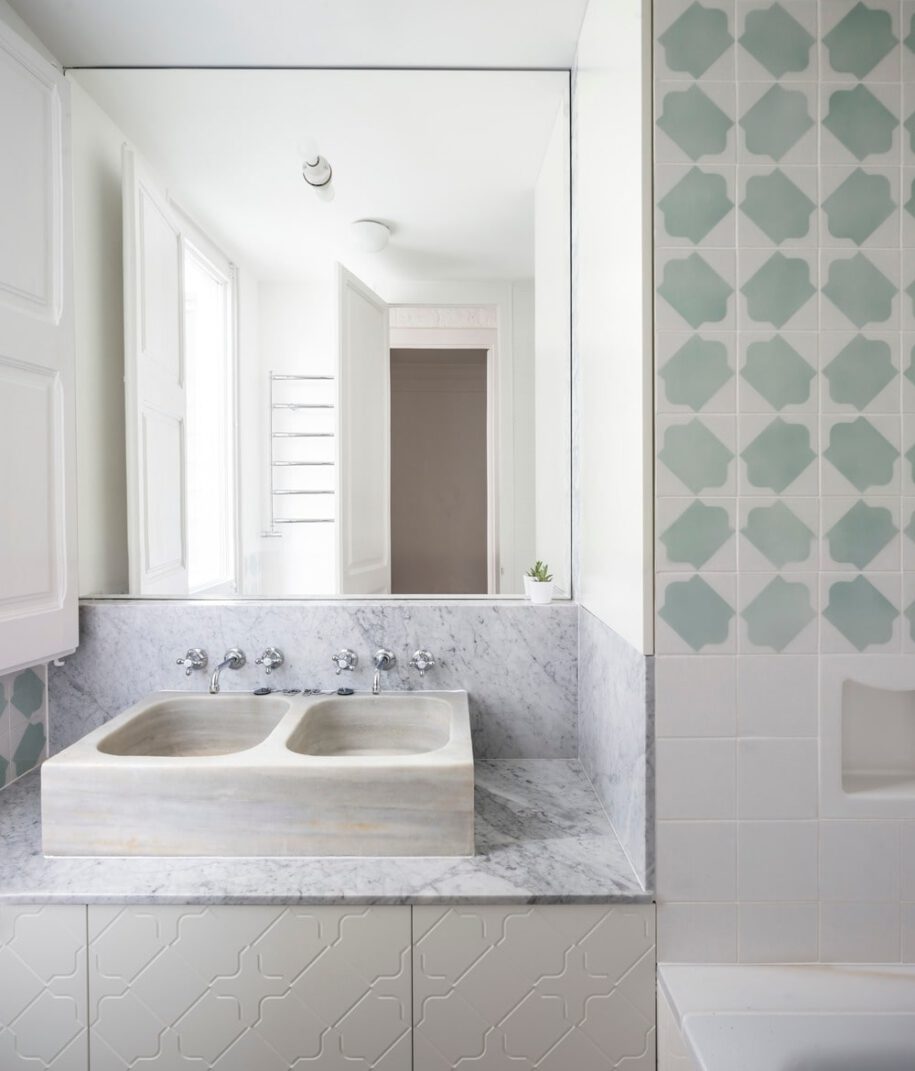 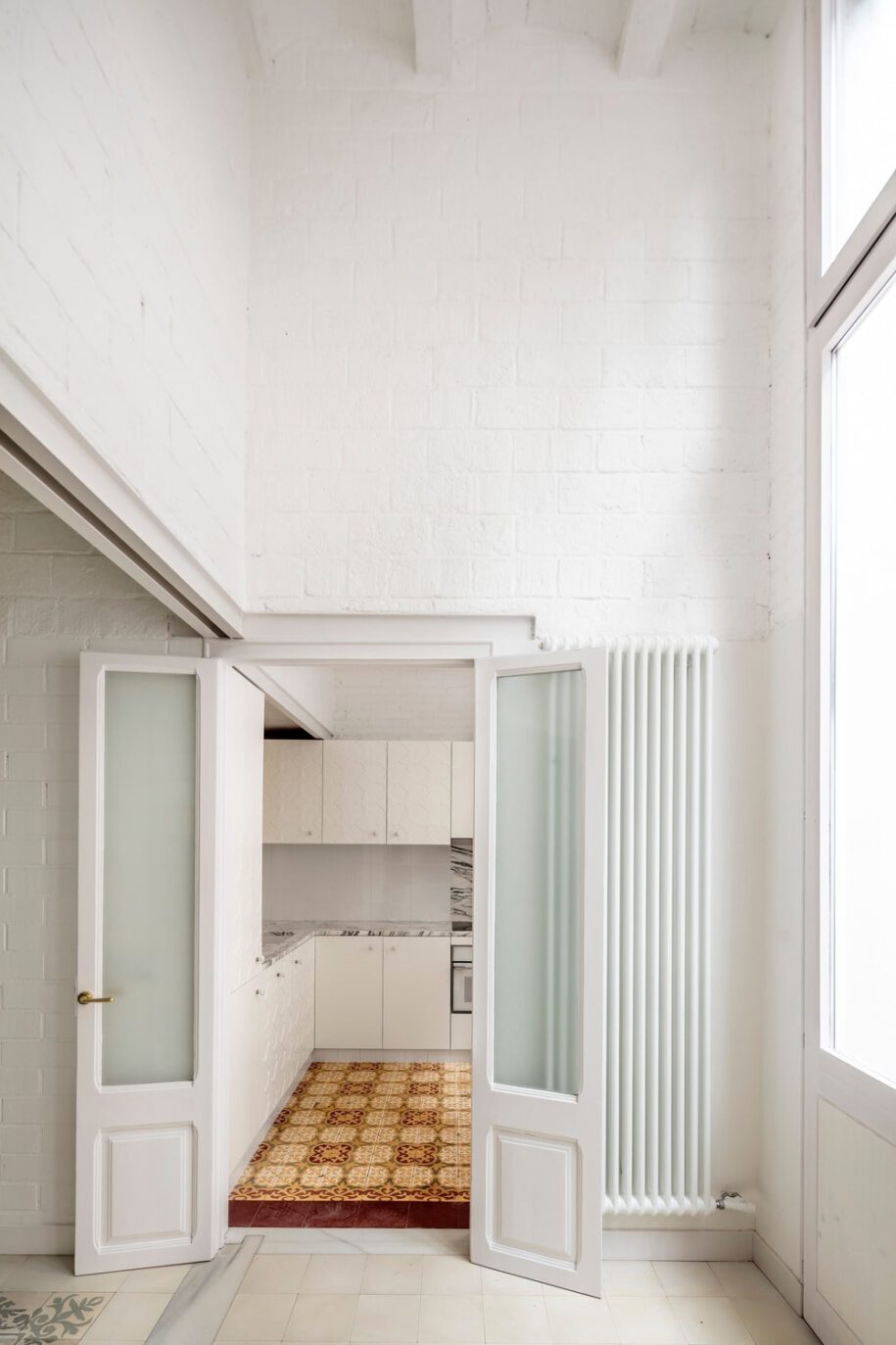 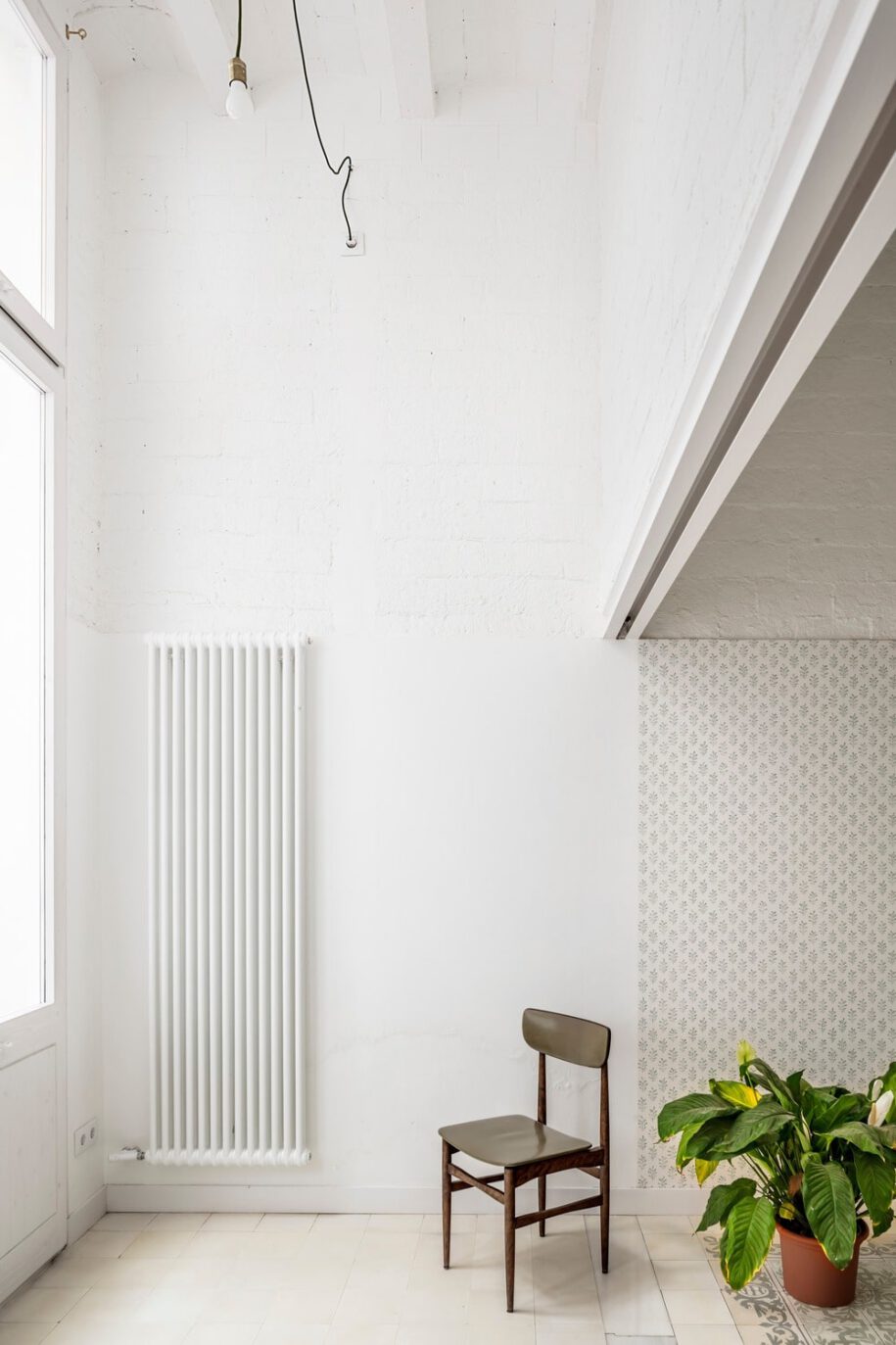 Finally, the architects built a density of layers of perception and information in the interiors, which provides complexity and vibration. 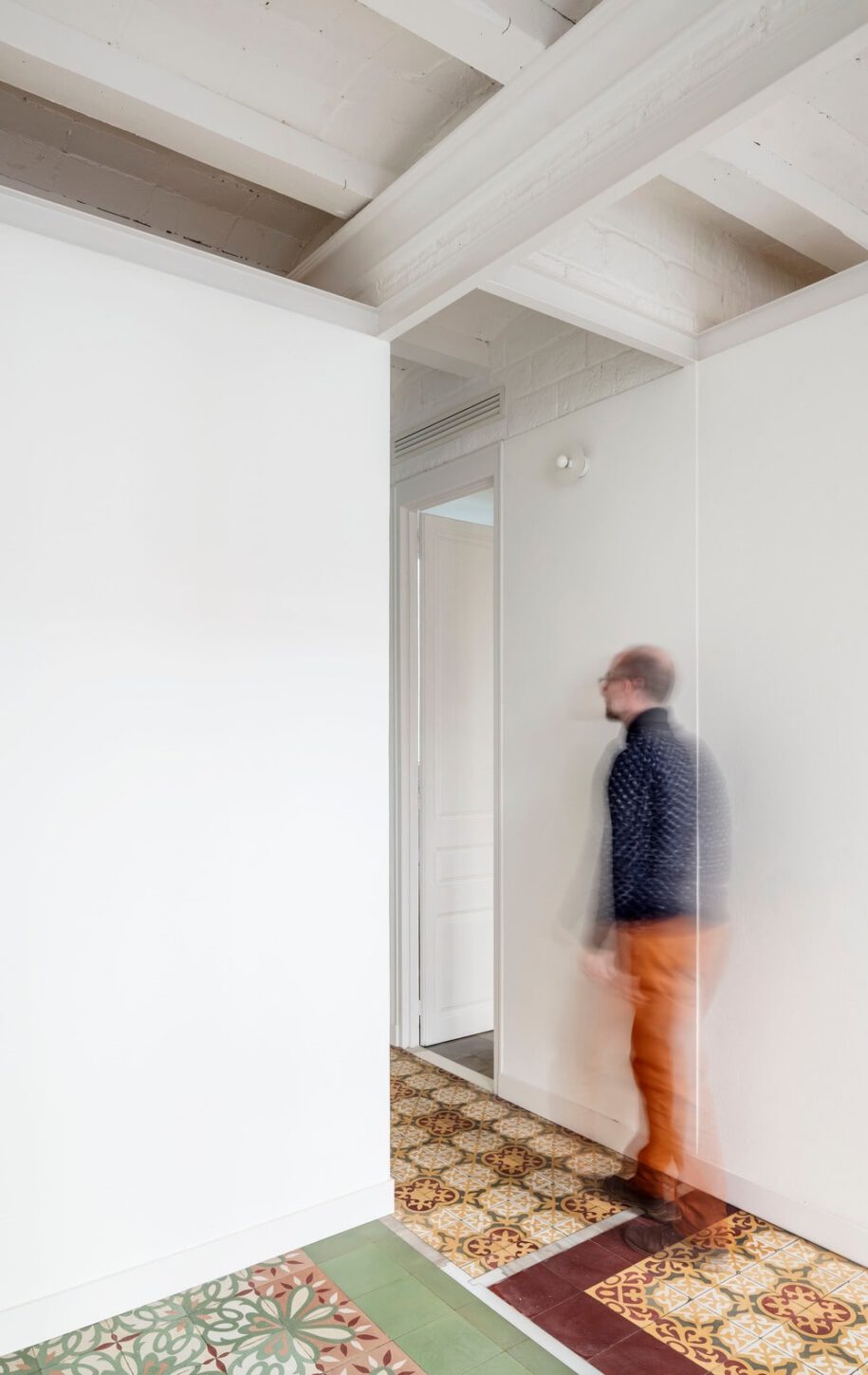 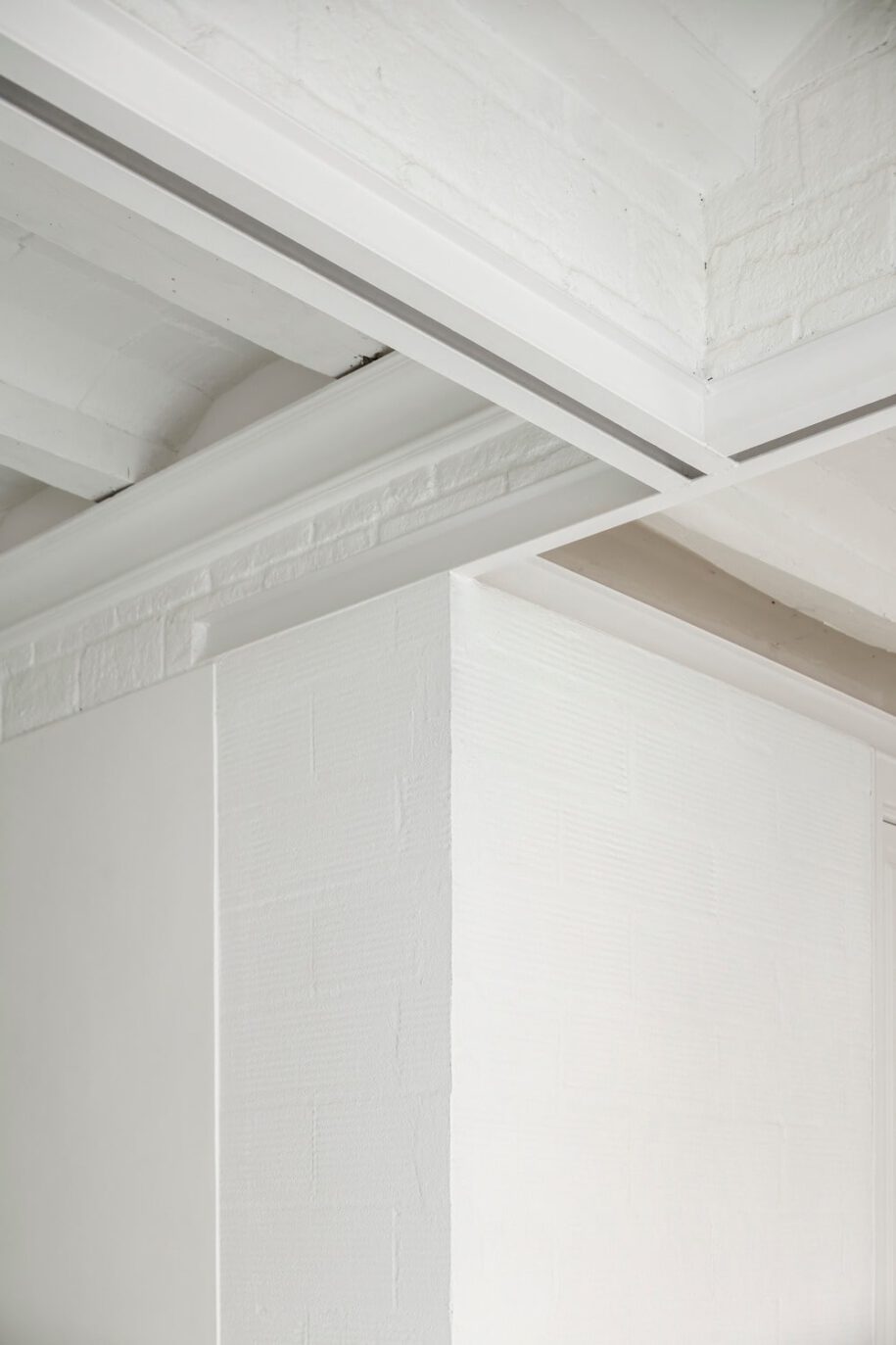 Meaningful vibration for those who want to interpret it, which at the same time generates visual comfort, deliberately away from the smooth and anonymous surfaces, so the future tenants will feel at home from the very first day. 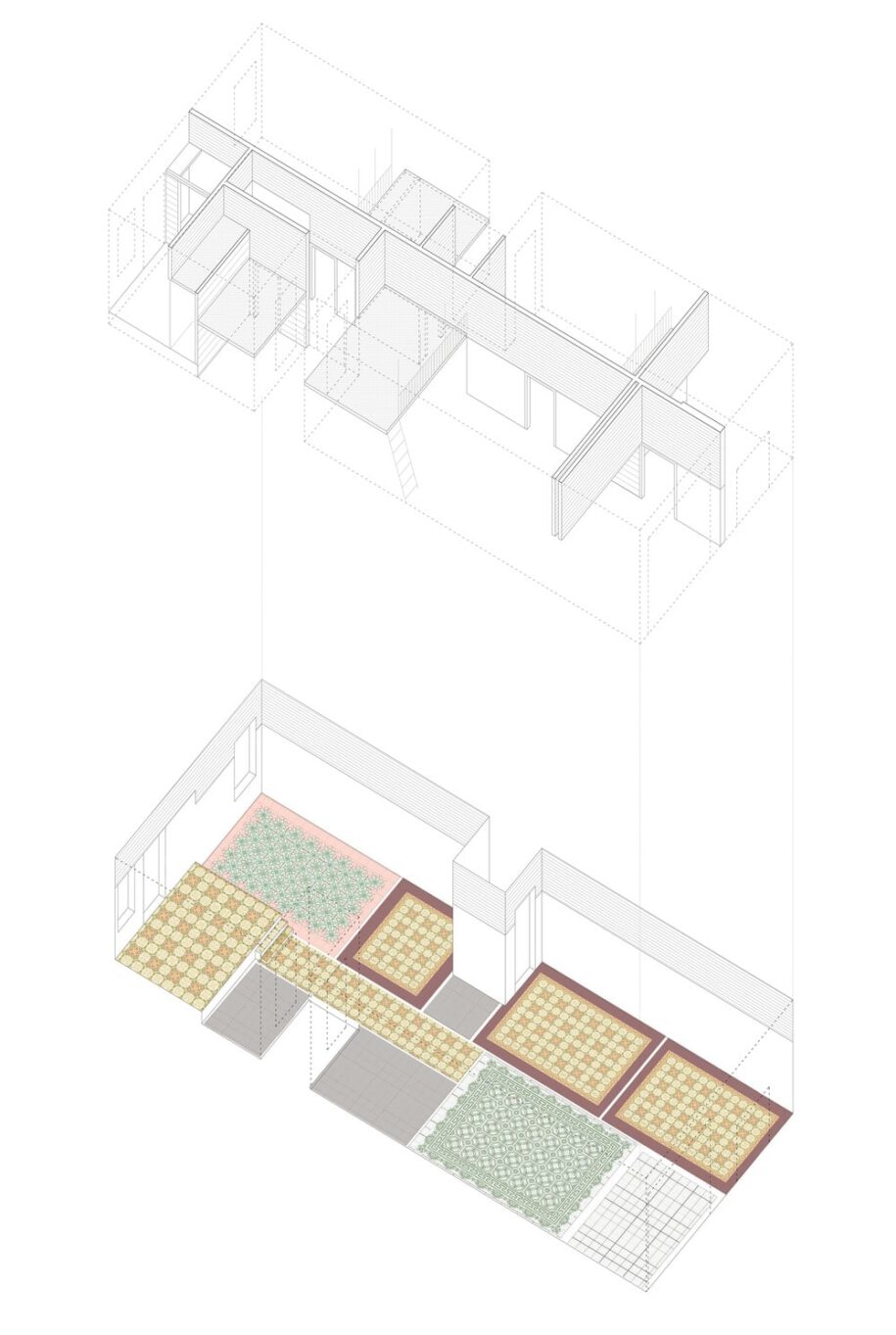 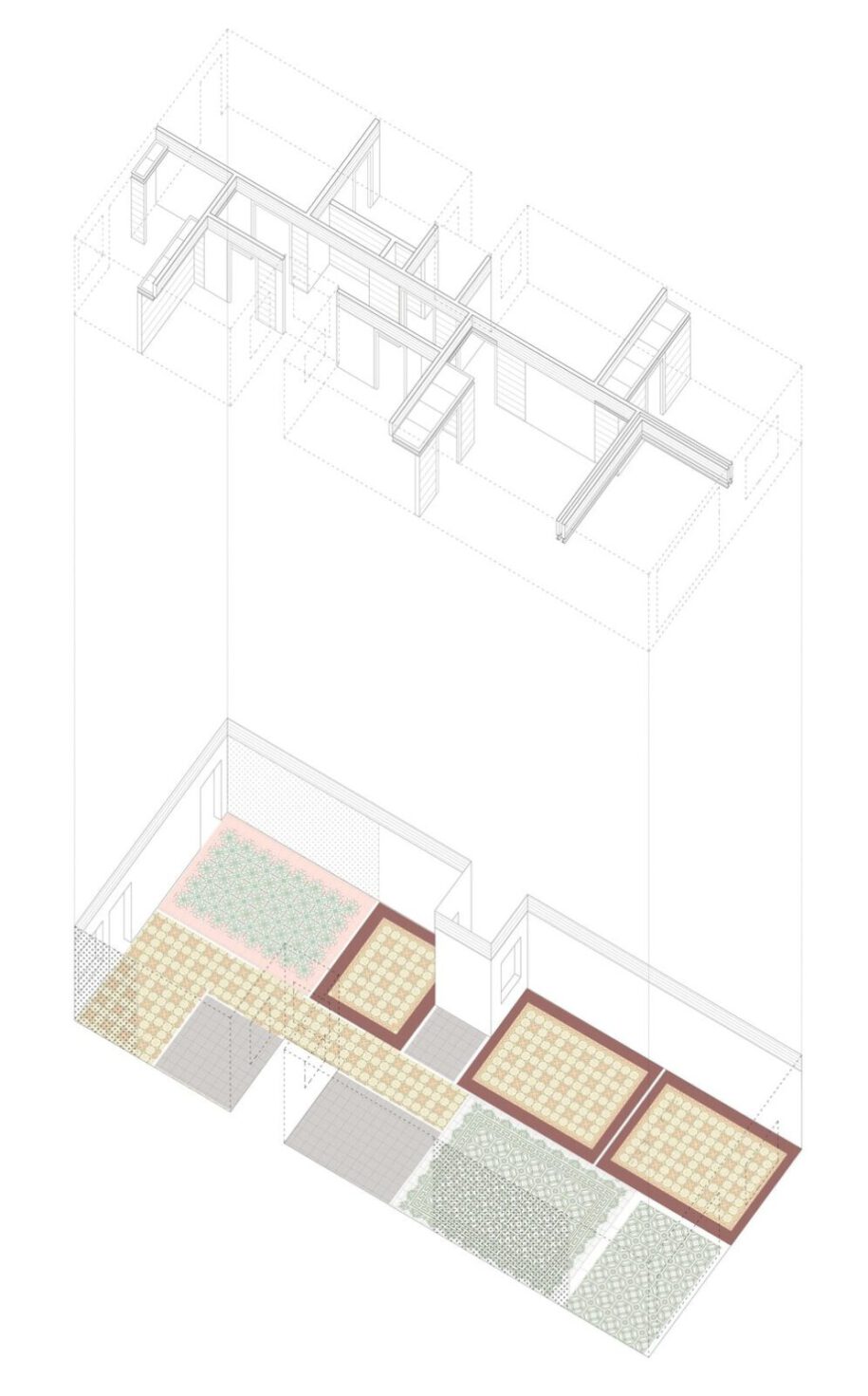 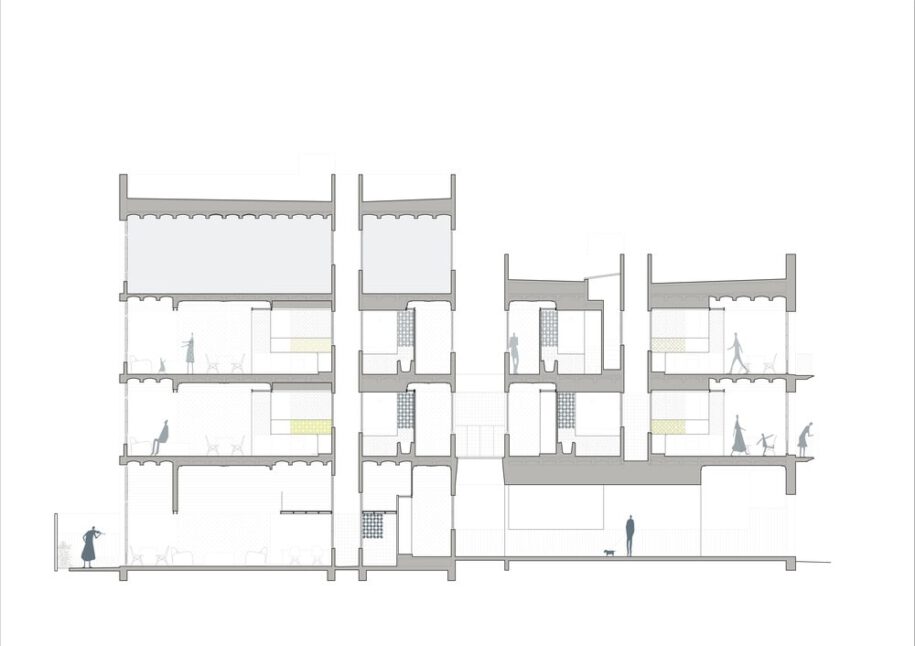 vora is an architecture studio founded in 2000 by Pere Buil and Toni Riba, both graduated at Barcelona School of Architecture (ETSAB) in 2000. They combine their design and construction activity with teaching, curating and cultural activism.

They are known for their work on different scales: from redefinition of public spaces, some of them with an important symbolic value, to small private enclosures. All the interventions share the sensibility for the material traces of the past as the starting point for the generation of project’s narrative, which emerges necessarily complex and enriched by the different interpretative layers. Memory of the place as well as the memory of the use, collective or individual, are used as tools in the design process.

Their work has been published in different magazines of local and international importance and has been recognized in many occasions: Frame Awards 2020, Archmarathon award 2014, City of Barcelona award 2013, AJAC 2012, Arquitectura + 2011, Bonaplata 2007. Their designs were also finalists and shortlisted in several editions of FAD awards, ENOR, Spanish Architecture Biennale (BEAU), European Biennial of Landscape Architecture, Bigmat awards, The Plan awards and Arquia/Próxima. They had the first solo exhibition “Shared Identities” in 2018 at the Kolektiv Gallery, in Belgrade. Their work has also been exhibited in 2014 and 2016 in the Catalan and Spanish pavilions at the Venice Biennale of Architecture.