In a typical apartment building of the ‘70s, KORDAS Architects renovated a cardiology practice space. The interior space is divided in two functional zones, the public zone and the more private zone. The use of curves plays a key role for the definition of the boundaries between them and defines the aesthetic of the whole place. 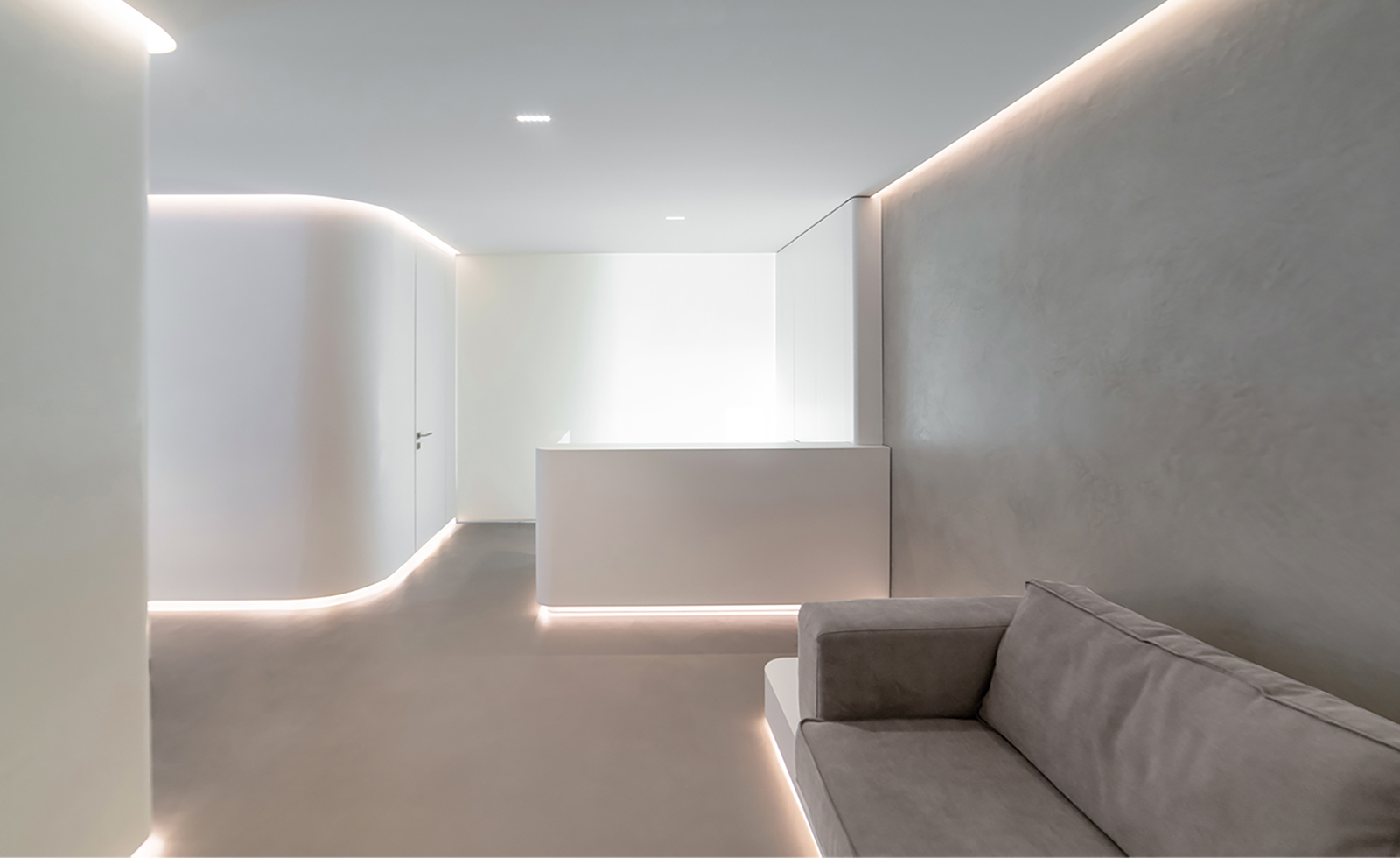 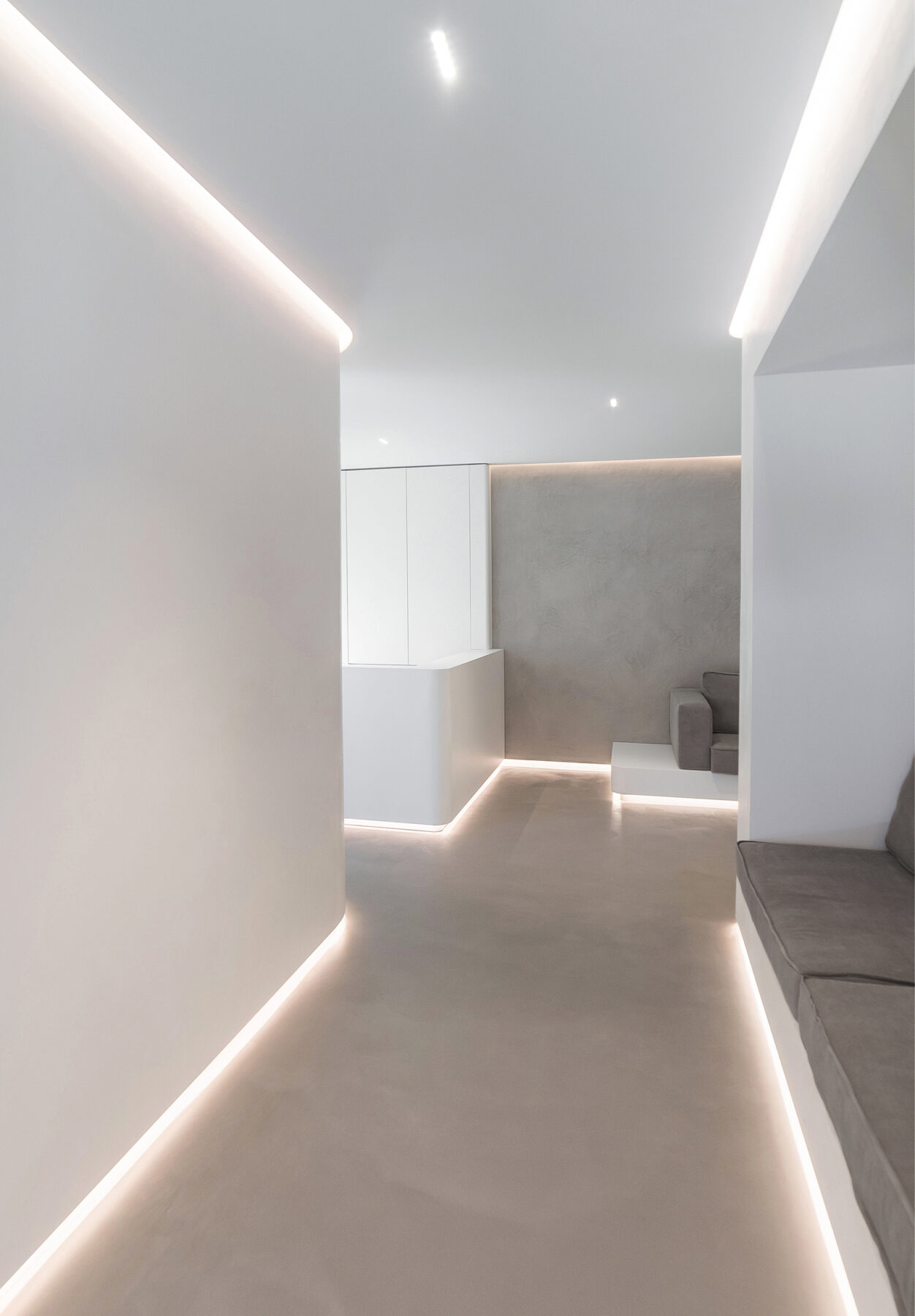 The medical practice is located in the center of Larissa, in a typical apartment building of the ‘70s.

The main objective of the architectural study was to create a contemporary space with the highest possible standards, both in terms of functionality and aesthetics. 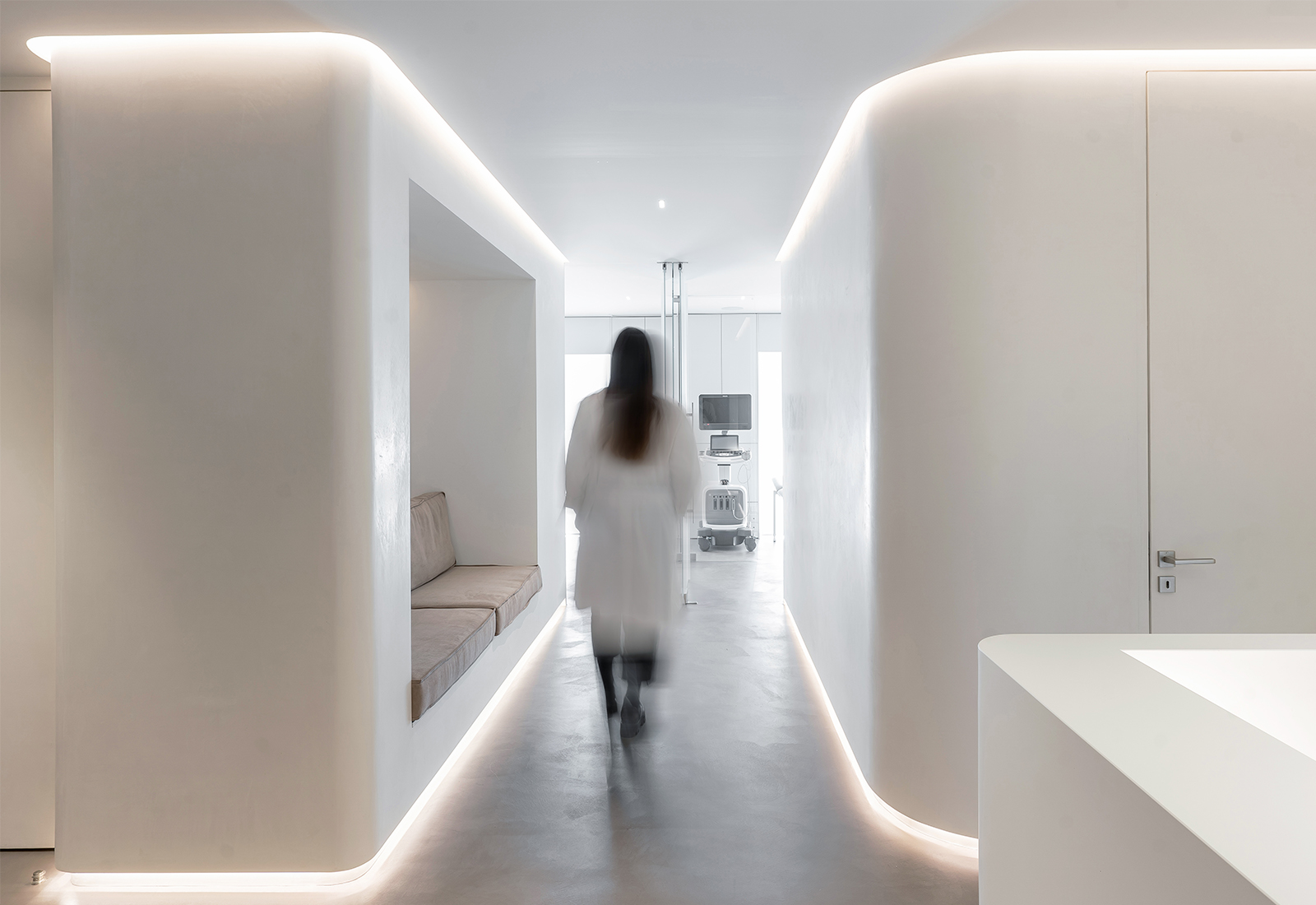 Given the relatively limited floor space, maximising its use, was a key aspect of the architectural design as well. 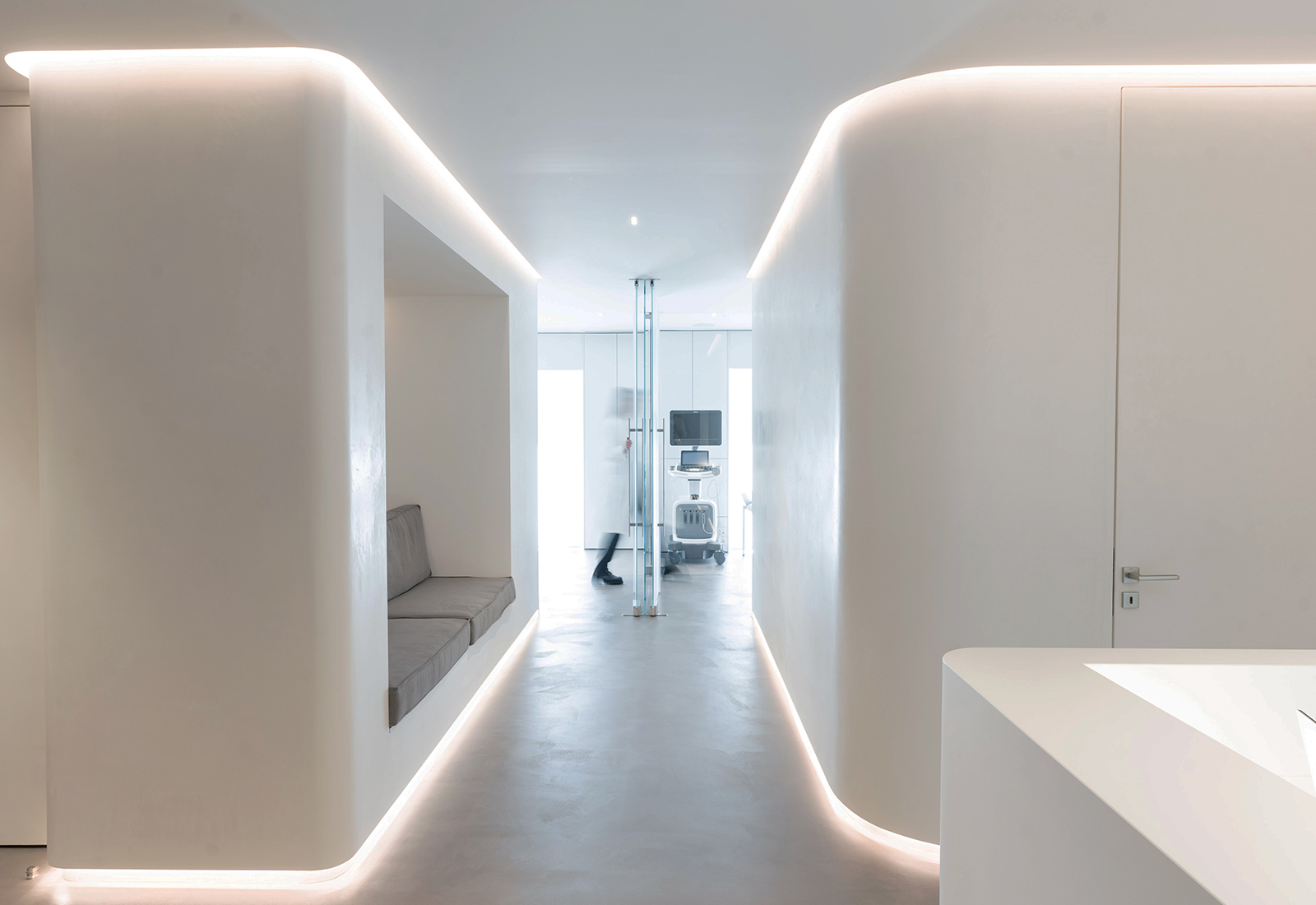 The practice consists of two distinct functional zones. The “public” zone, where patients move freely (reception, waiting area and services) and the “private” zone, where the medical services are provided (examination rooms, doctors’ office, services for the employees etc).

The “public” section is conceived as an accessible “void”, the free space, through which one enters and moves towards the rest areas, whilst the “private” zone is perceived as an enclosed area, of controlled access, a “solid” form that surrounds the “void” of the patients’ zone, also allowing the unhindered access among its areas for the medical stuff. 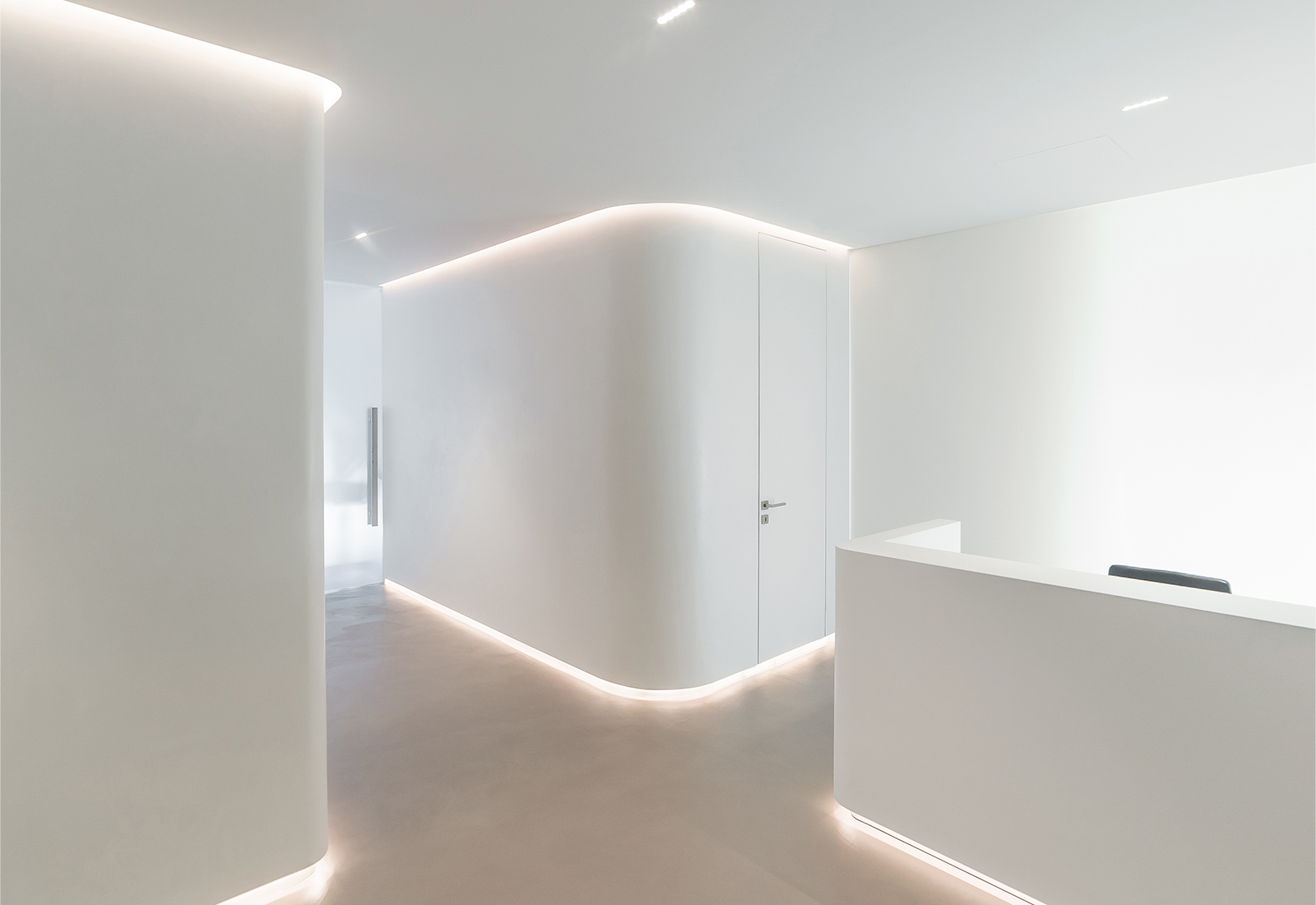 The arrangement of the boundaries between the two functional zones, forms the architectural concept of the practice. 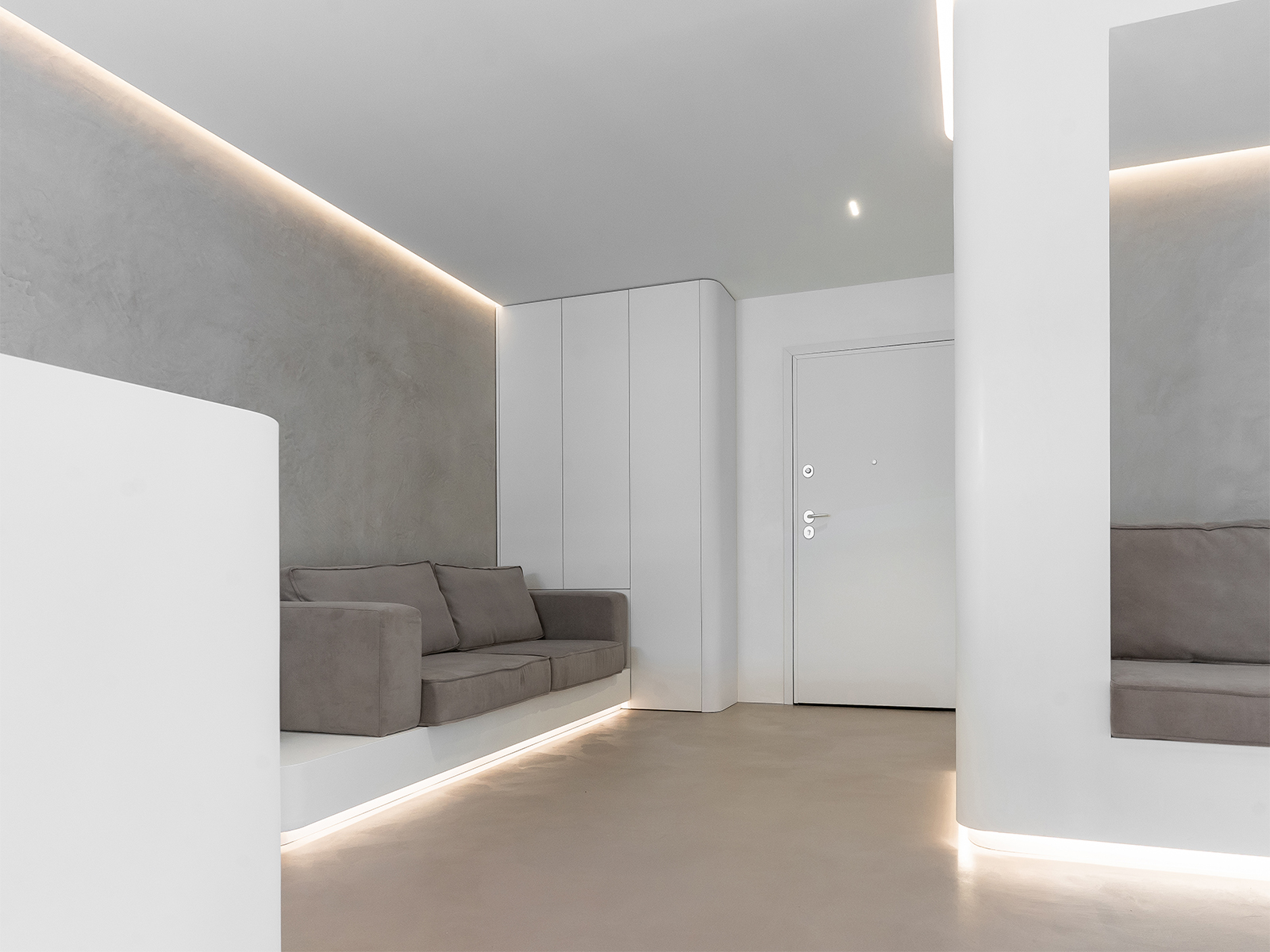 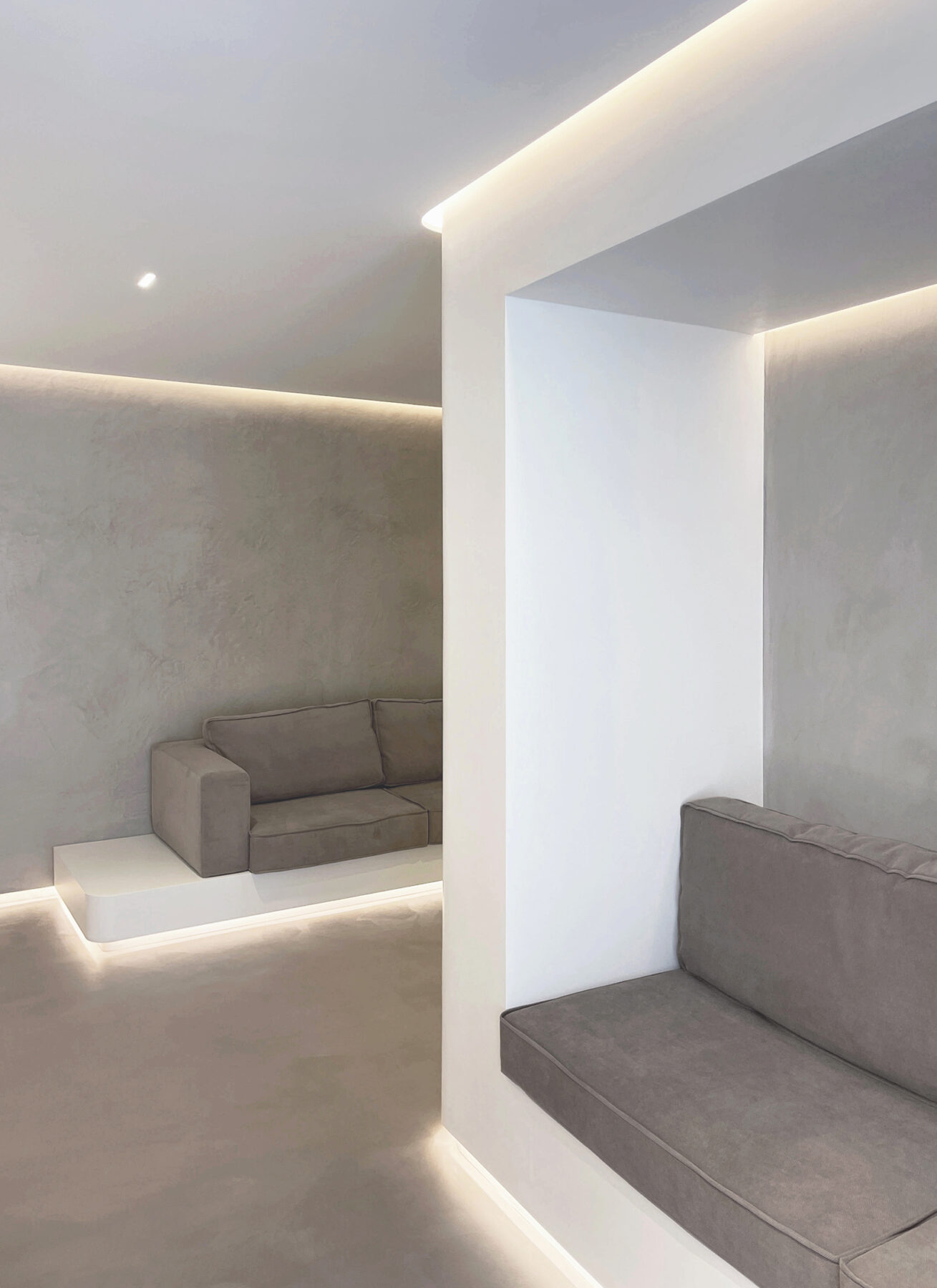 Ιn order to achieve the objectives of the architectural study, the use of curves plays a key role in the definition of the boundaries of space and its character as a whole. Curves are implemented on walls, design elements and finishes.

Furthermore, crucial for shaping the character of the space is the use of a variety of textures, through the use of special coating and painting techniques, as well as lighting techniques that highlight the architectural elements and the conception of space. 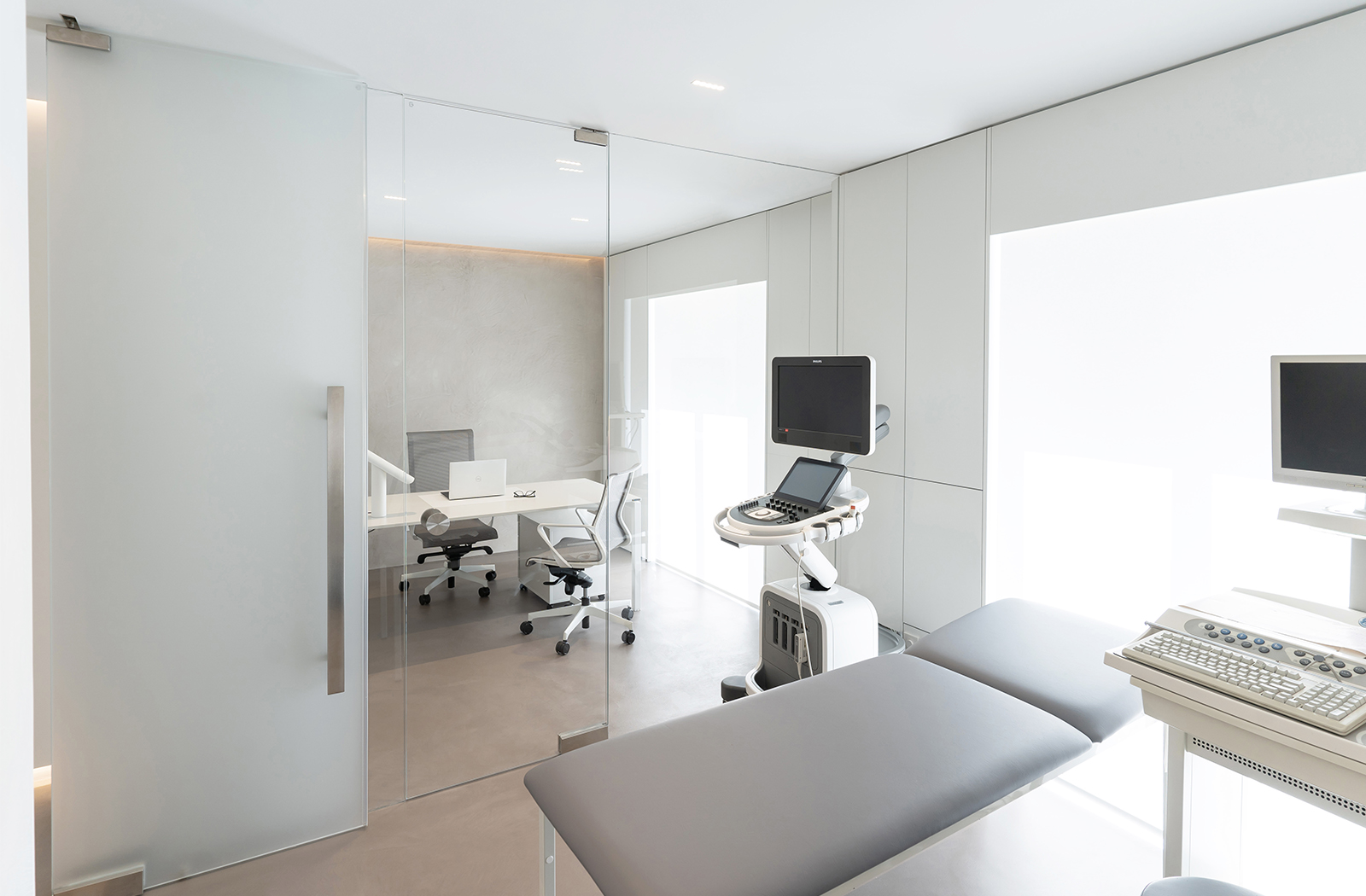 The architectural result in its whole, attempts to present a coherent narration of simplicity that serves equally the functional needs and aesthetics of the project. 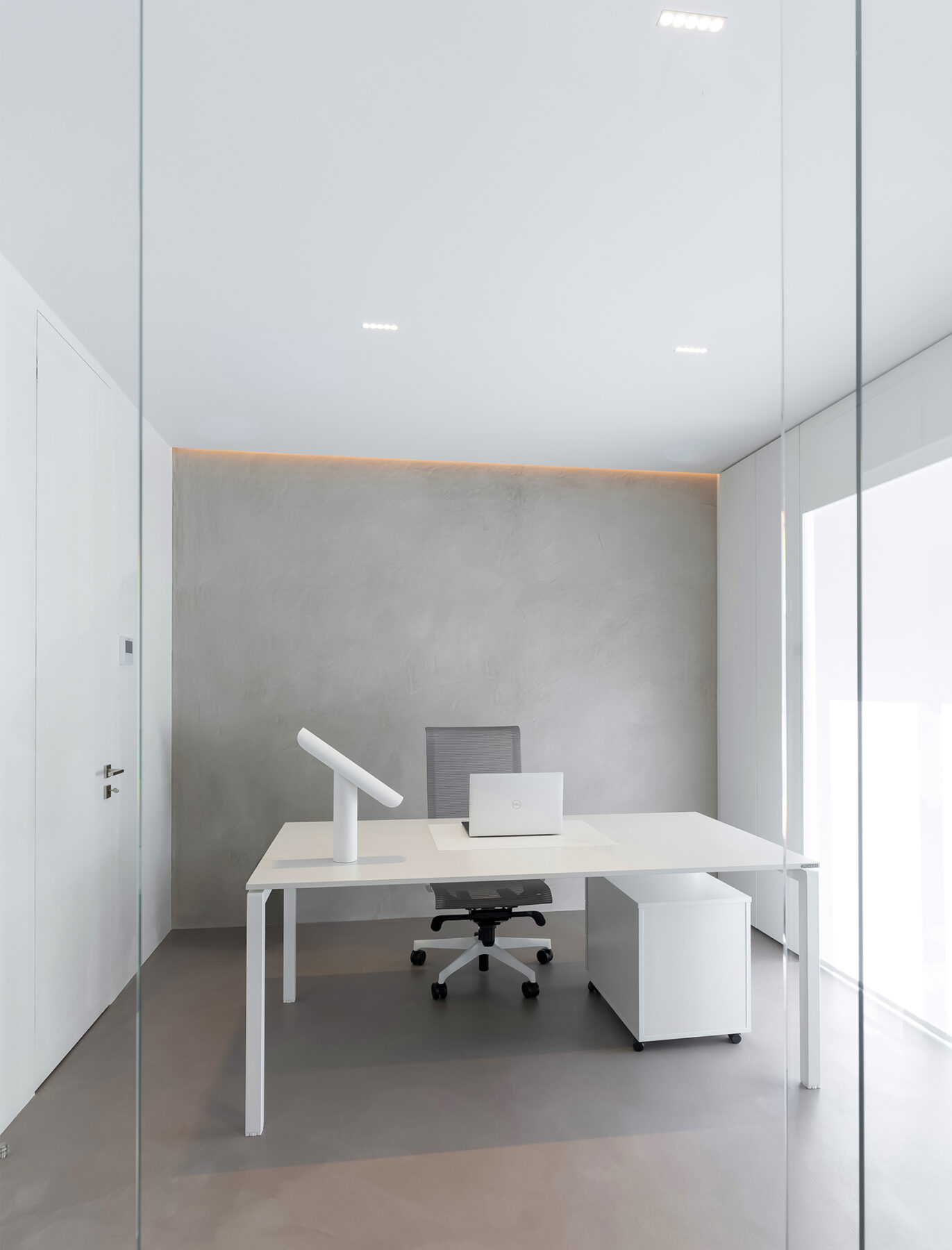 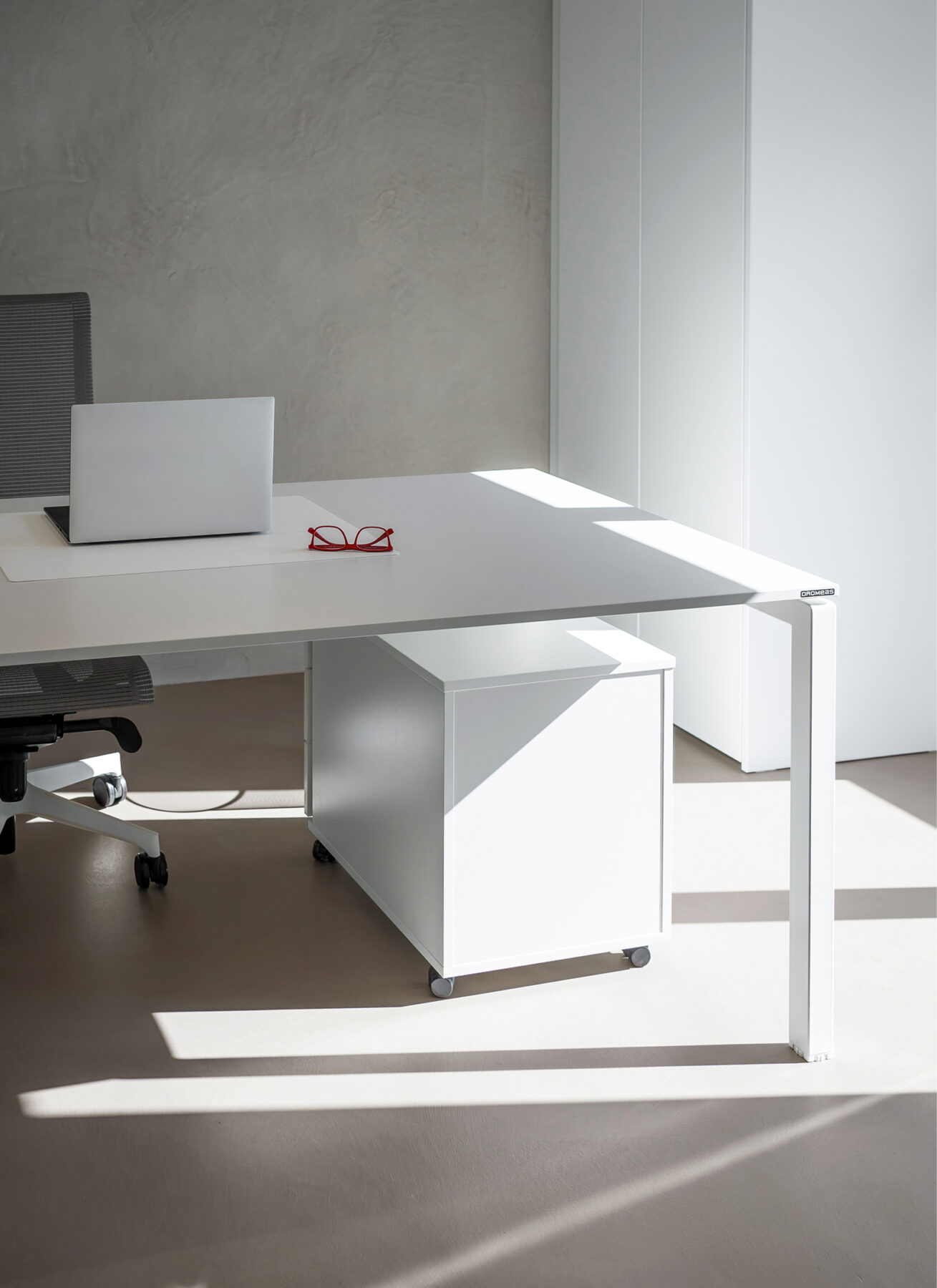 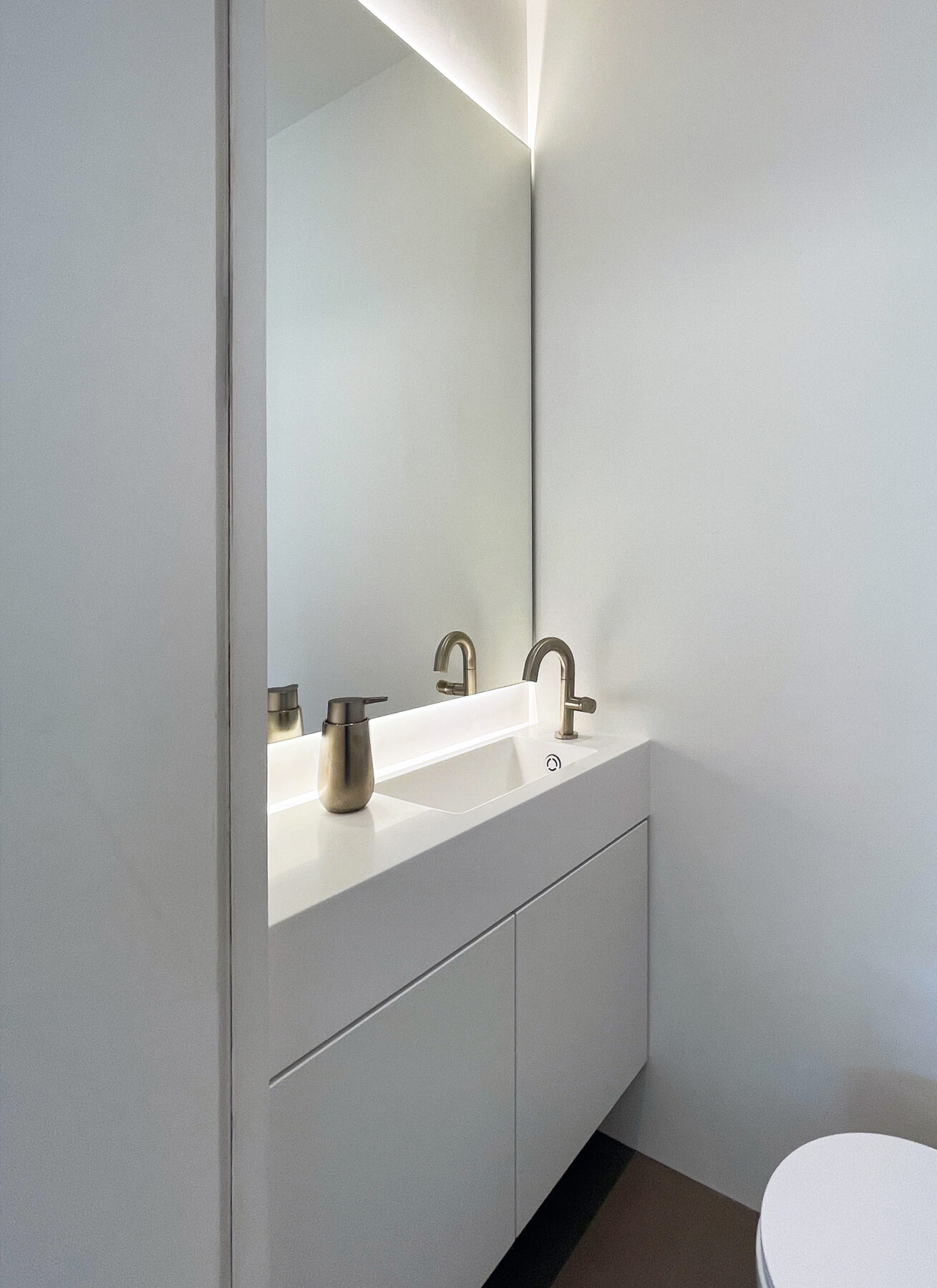