I AGREE
Archisearch Array
What can you make out of 900 meters of split bamboo, 600 meters of black rope and 300 meters of damaged bicycle tires collected from the local stores? The Favelous team made a pop-up restaurant at Mediamatic Fabrique in Amsterdam.

Favelous 963 is a pop-up restaurant located at Mediamatic Fabrique in Amsterdam. It is part of the Freezing Favela project – a temporary ‘city’ open to a variety of projects with a DIY attitude. A vacant building, formerly being used for the production of train wagons, has been activated by designers, artists, cooks and other makers who organize workshops and other social events for the local community.

Favelous 963 is an initiative by an interdisciplinary and multinational group of people with the aim to create a platform for the food related events of the Freezing Favela. Focus was given to the creation of a flexible space which takes advantage of what is already there and stimulate connections to the adjacent projects and the exterior space. Another design objective was to build a lightweight structure out of natural and second-hand materials which can be easily assembled.
The group came up with the idea of making an organic structure which creates a feeling of enclosure while enabling the view and the access to the surrounding area. In the search of renewable materials, bamboo was chosen for its comparable strength and flexibility.

Space continuity, view variation, exposure and enclosure are the main architectural aspects being investigated during the design process, by architect Ifigeneia Dilaveraki. Bamboo elements interlace in different directions and densities in order to address those aspects and correspond to structural and daylight requirements. The design was finalized in collaboration with interior architect Elena Goray and architect Christoph Tönges (CONBAM) who guided the construction process.

During the day, the structure is not really distinguishable, but once the evening comes, the installation is illuminated and its presence becomes stronger. The space becomes cosy and private.

In the interior space, an elevated wheel platform was extended by using wood pallets, collected from the local Food bank and a demolished barn, in order to create a sitting area with a view to the canal. Second-hand furniture was used for the dining space. 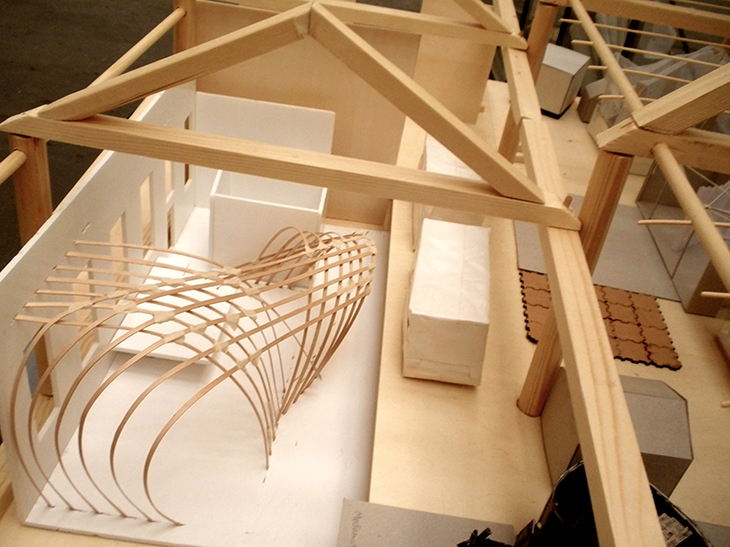 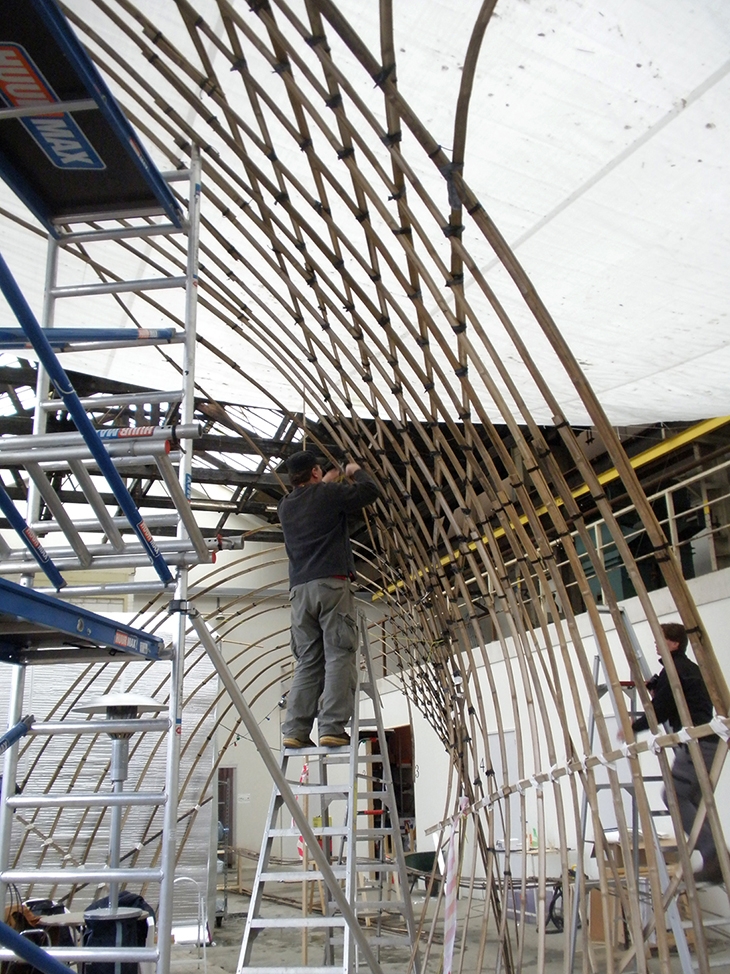 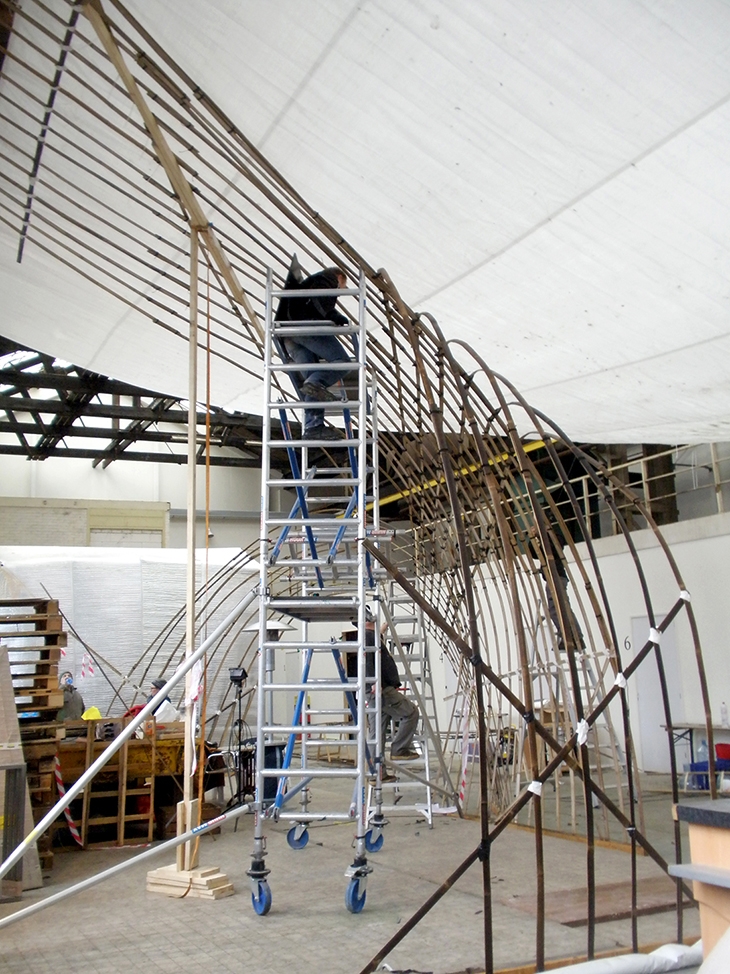 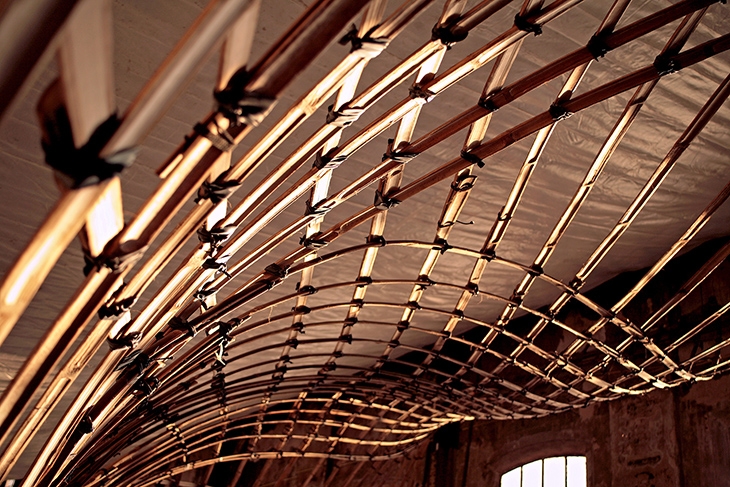 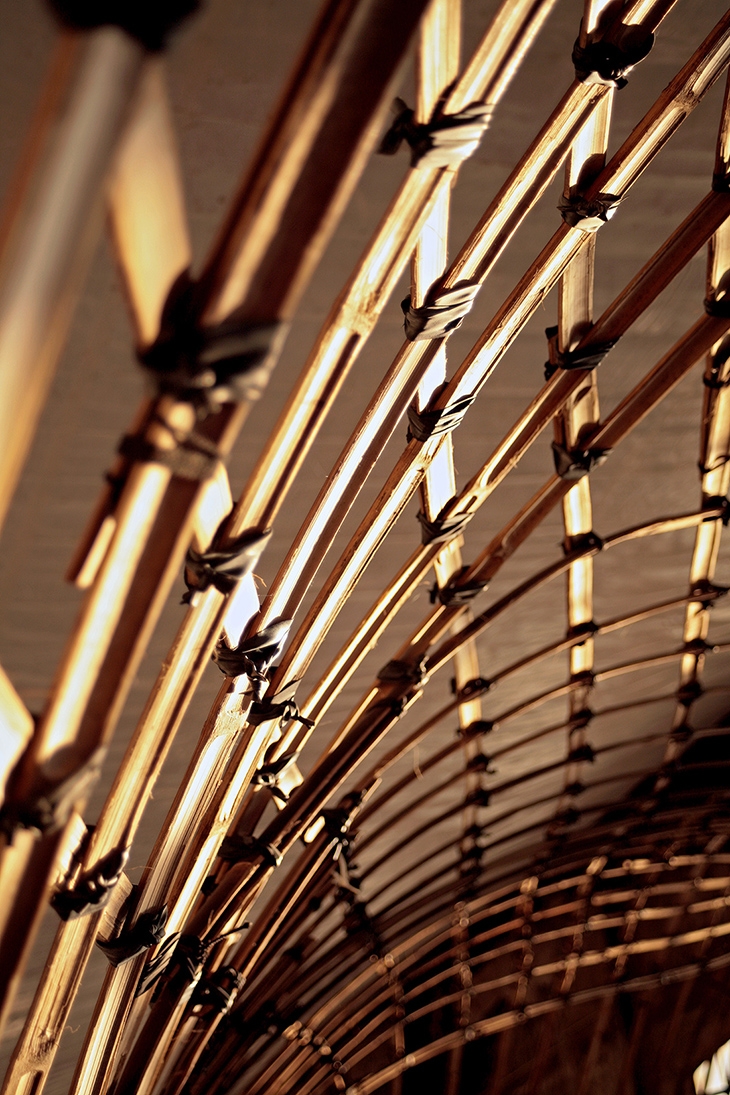 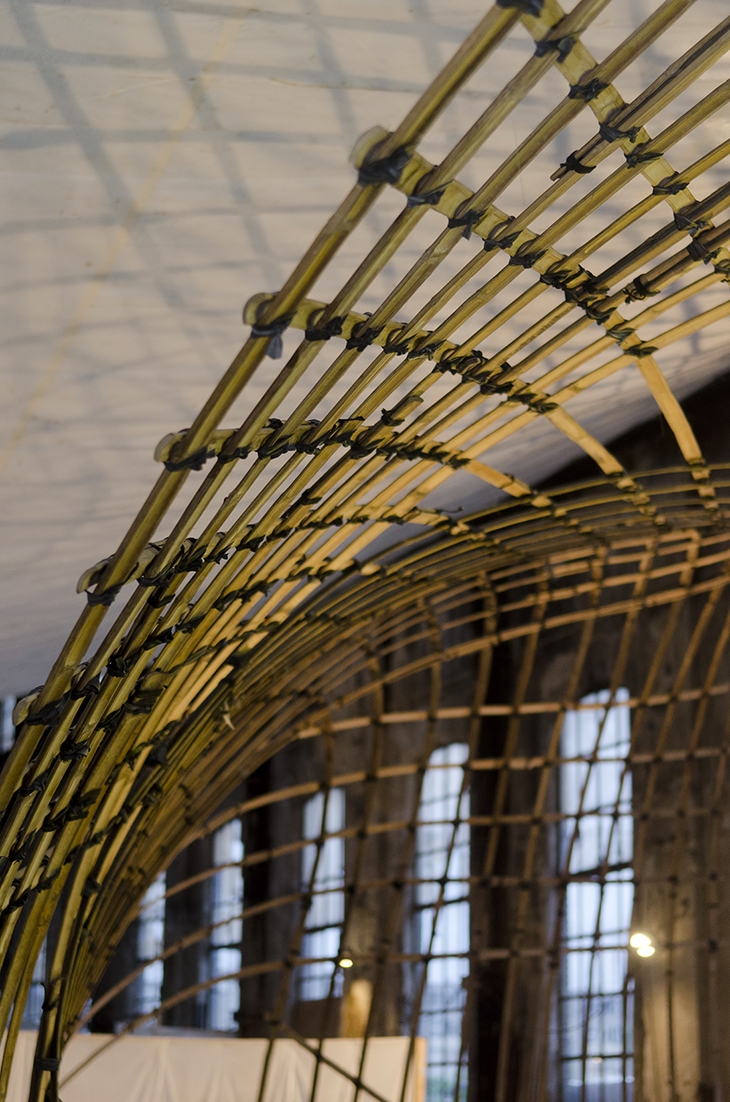 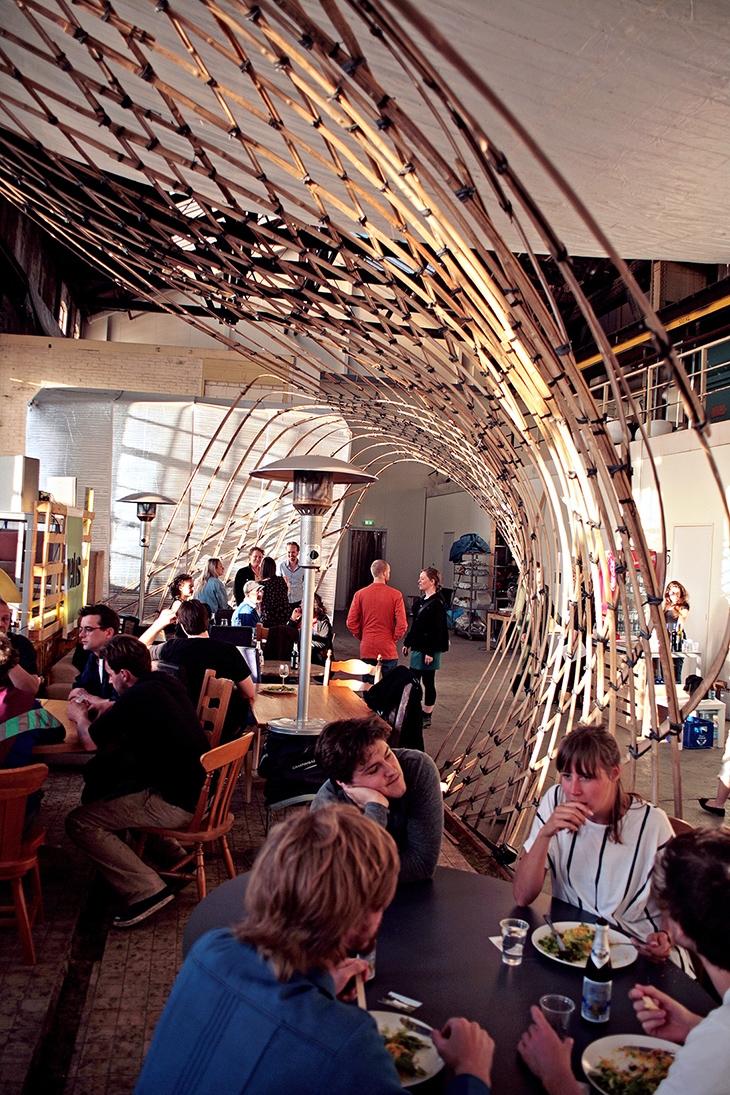 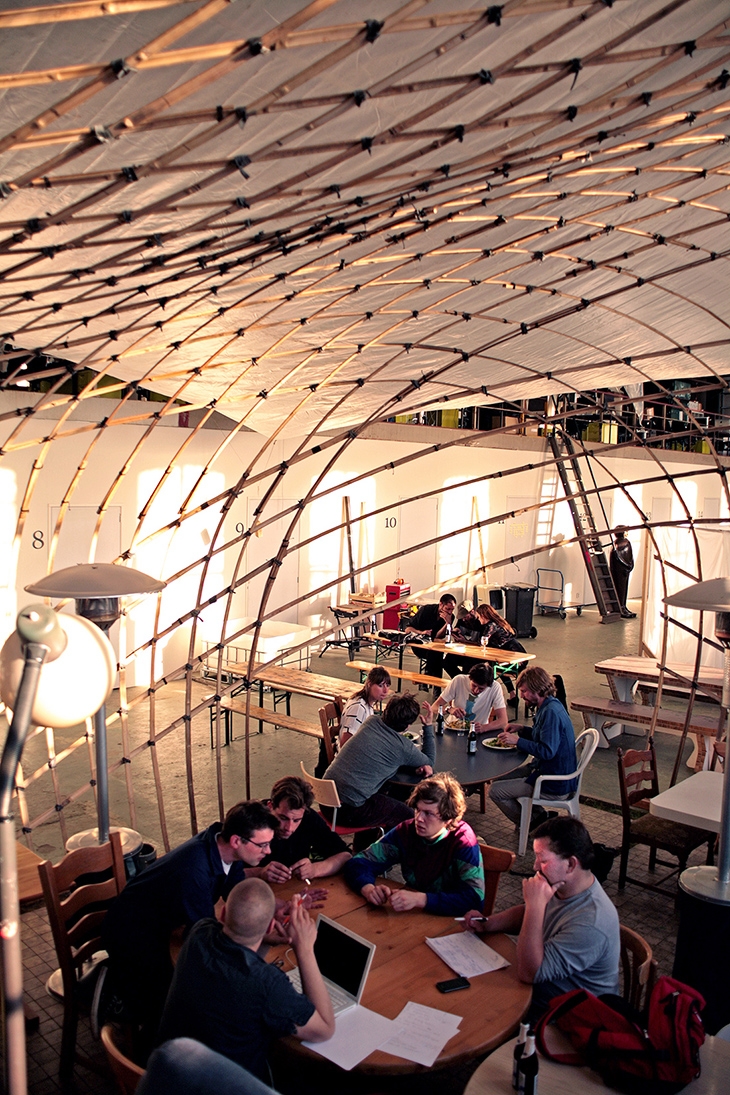 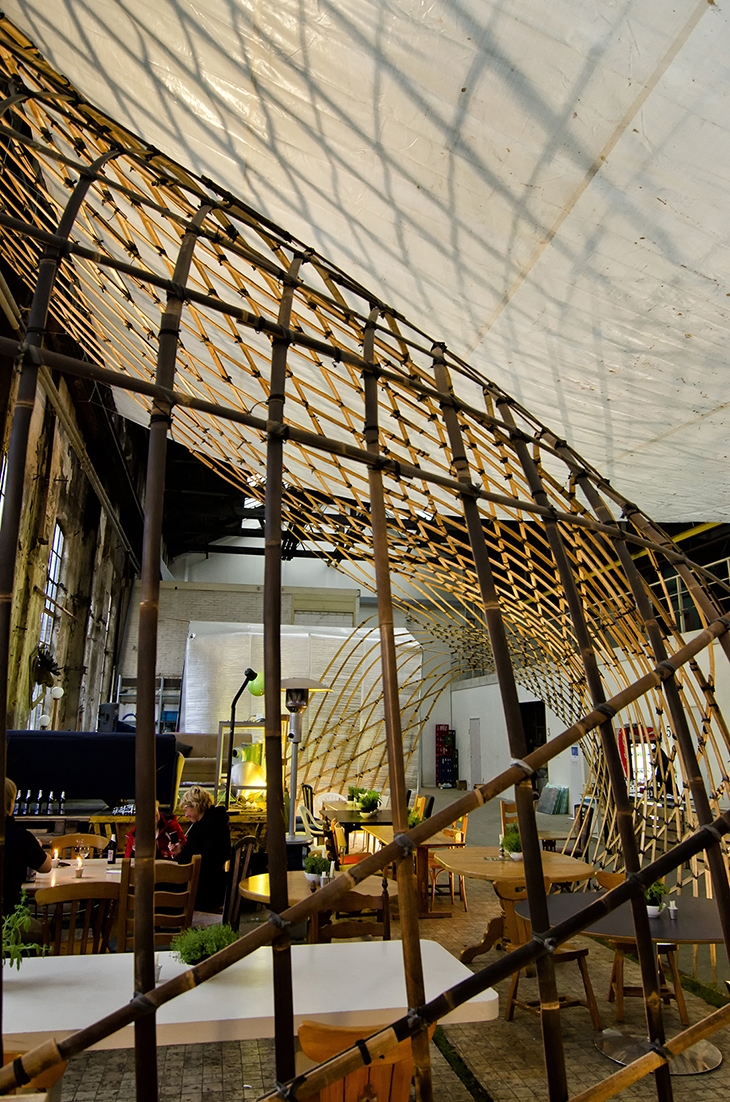 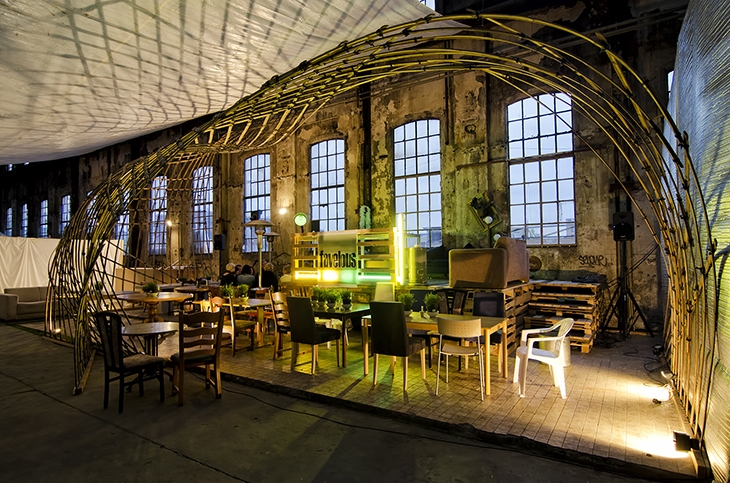