Kennedy Nolan architecture practice based in Melbourne, Australia completed the Oak Tree House, an adaptive re-use of a double fronted Victorian house incorporating a re-working of the existing house. The house is distinctive for its mature Oak tree which towers above the garden and a red steel brise-soleil which performs many functions, including that of sun-shading.

A project in the venerable tradition of alterations and additions to heritage houses – a testing ground for Architect’s ideas. This adaptive re-use of a double fronted Victorian house incorporates a re-working of the existing house, a new pavilion forming a central court yard, a garage and workshop building to the rear laneway and a small swimming pool. 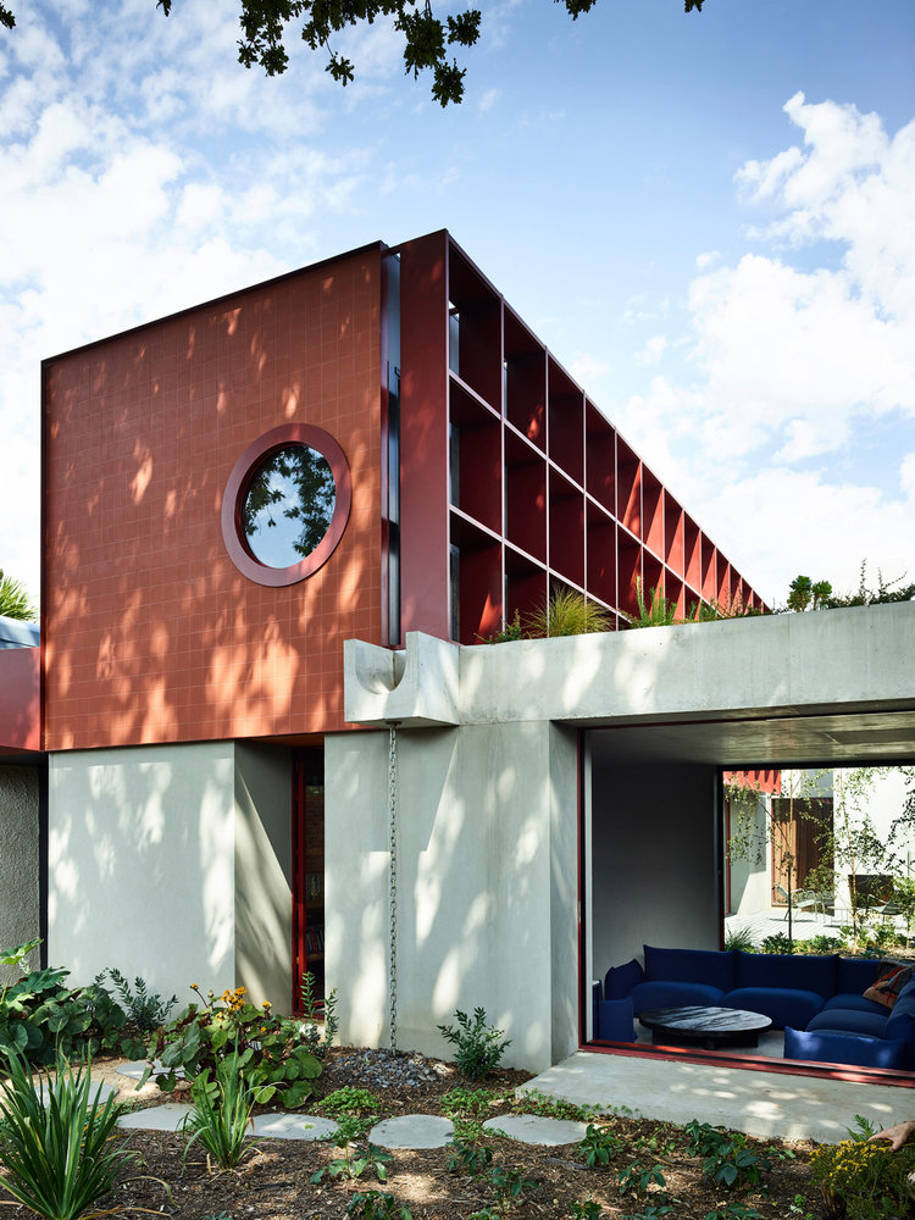 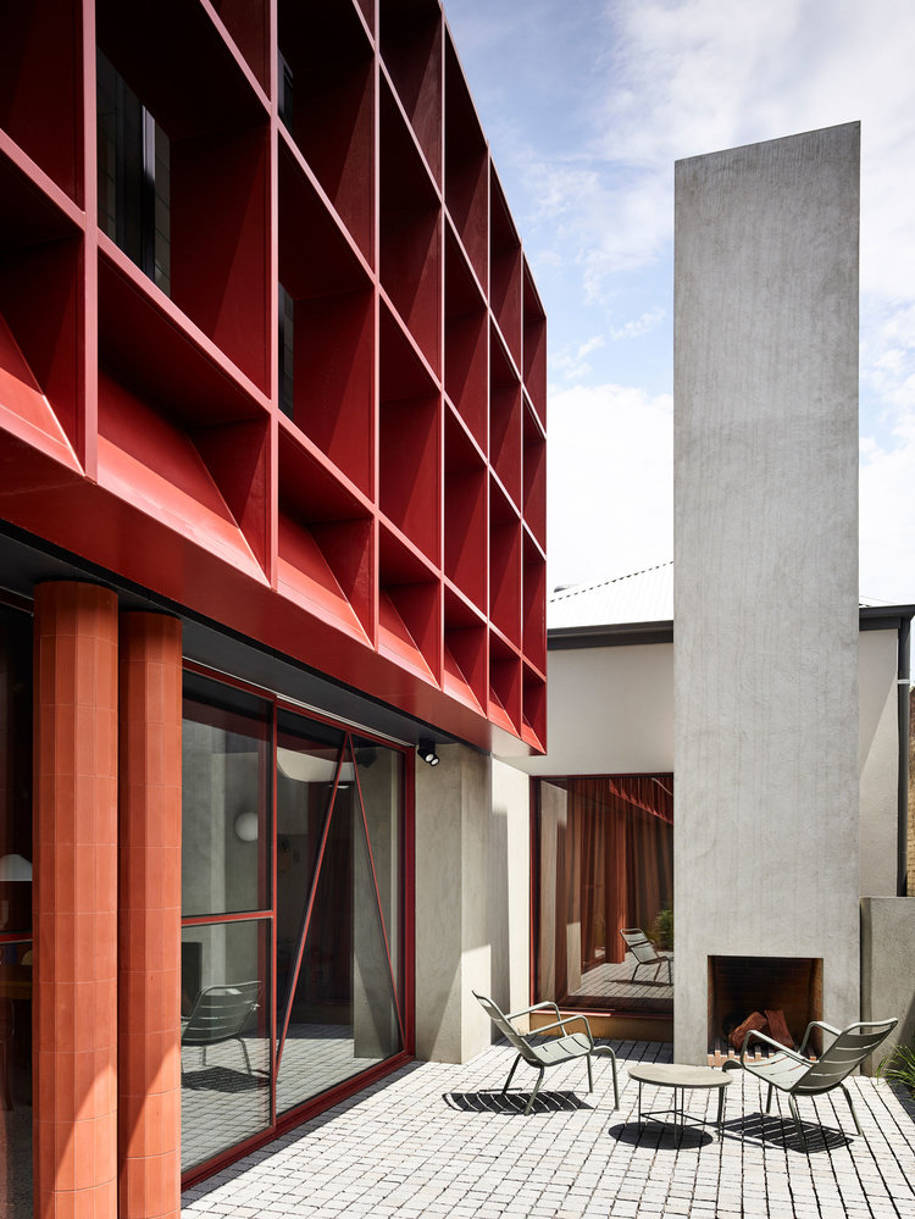 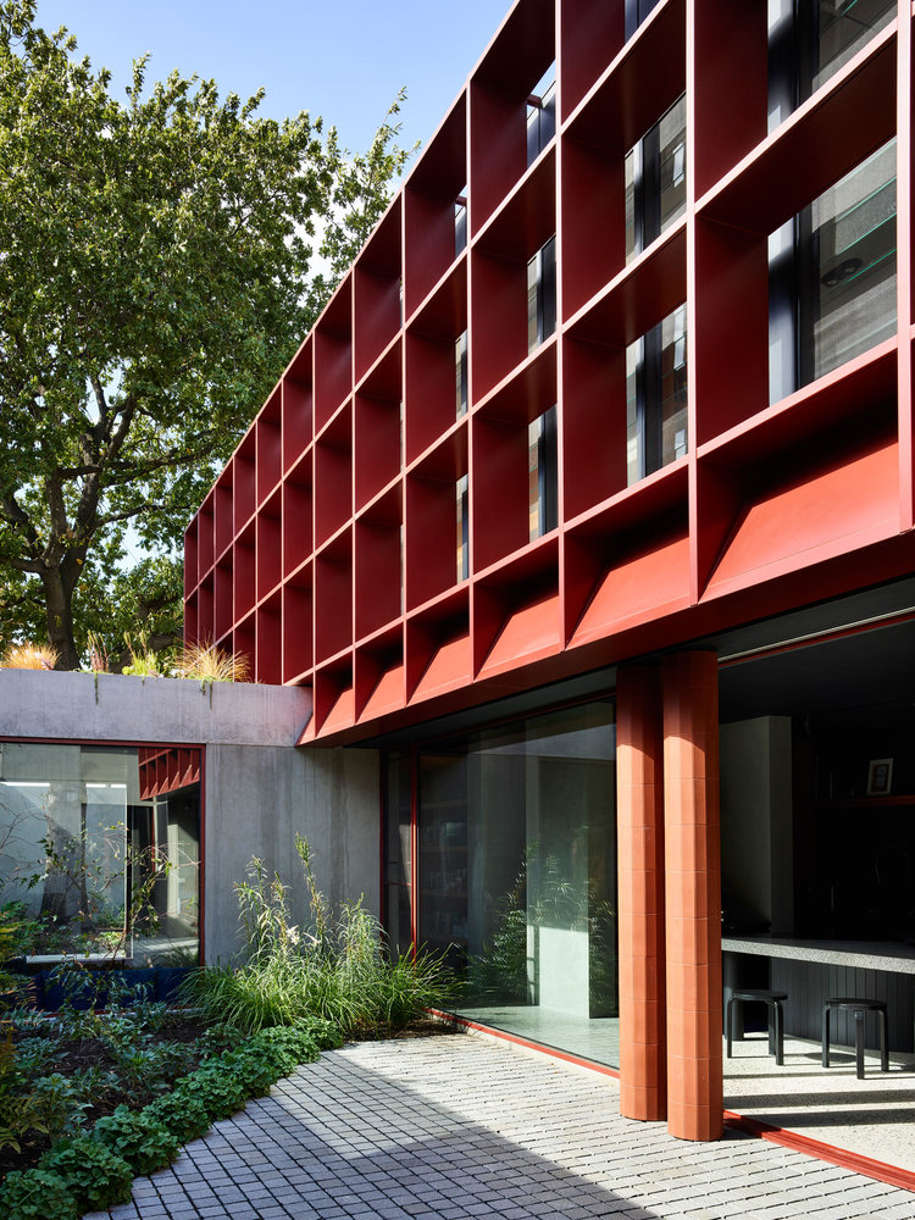 The architects began with the elements that make a domestic environment functional and dignified; zoning, acoustics, privacy, aspect and comfort. In this instance the site and existing dwelling suggested a courtyard arrangement. The courtyard is bounded by sitting rooms at either end with the long edge incorporating the kitchen and dining room. In this way the family can be apart but always feel proximate and all rooms have garden aspects.  The first floor faces north and provides accommodation for two children. 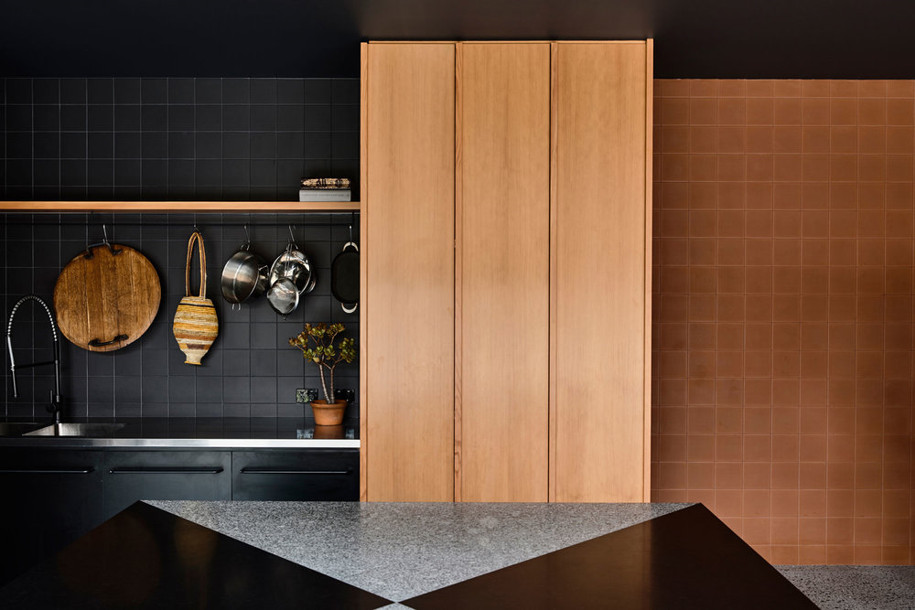 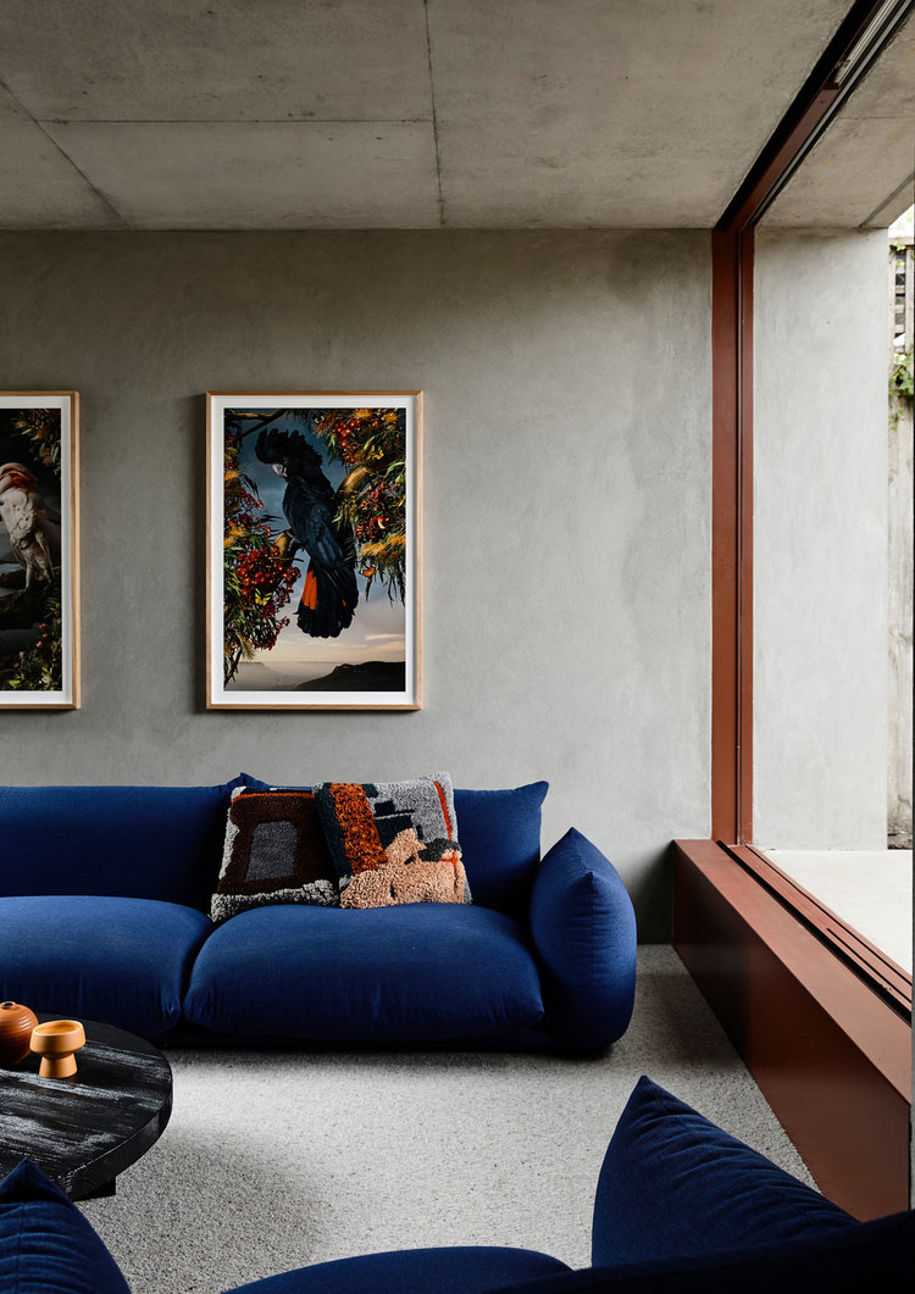 The elevation of this element provides a backdrop to the central courtyard and thus provides the dominant architectural expression of the house. 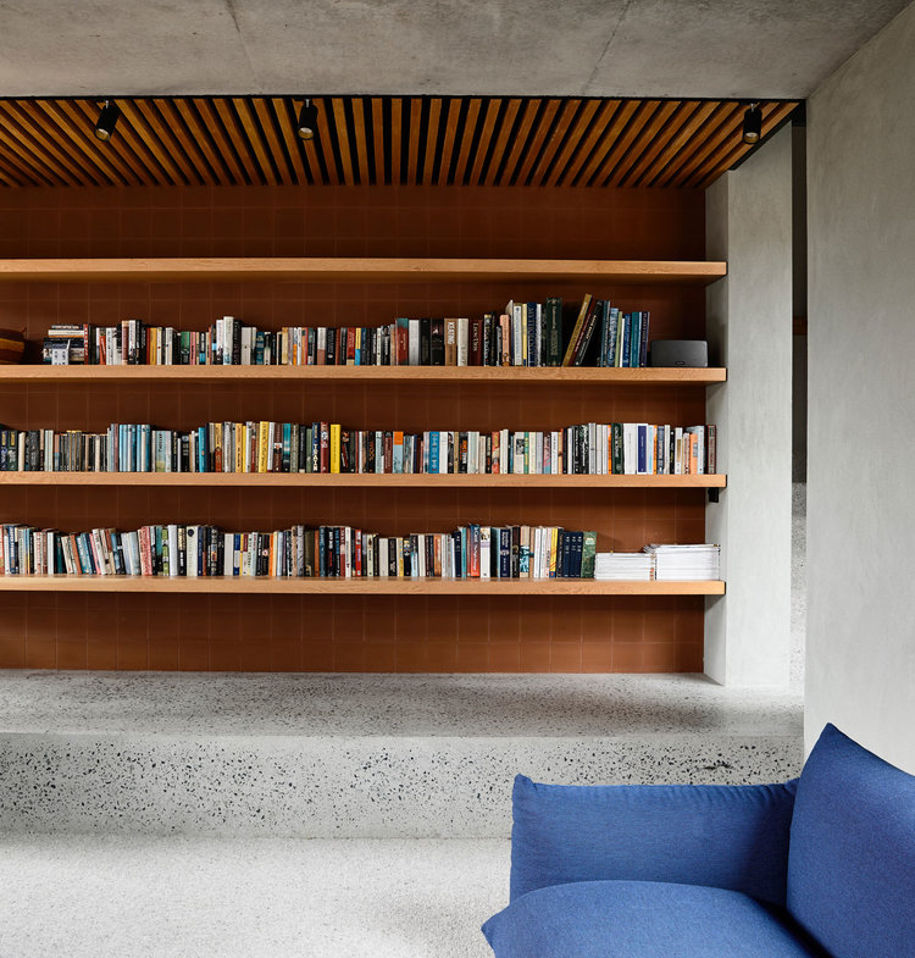 As such it needed to form a cohesive and singular backdrop but also accommodate complex, ventilated glazing for a variety of rooms and provide sun shading and privacy from below and above. The brise-soleil was able to effectively perform all these duties whilst also having visual depth and providing texture and complexity. 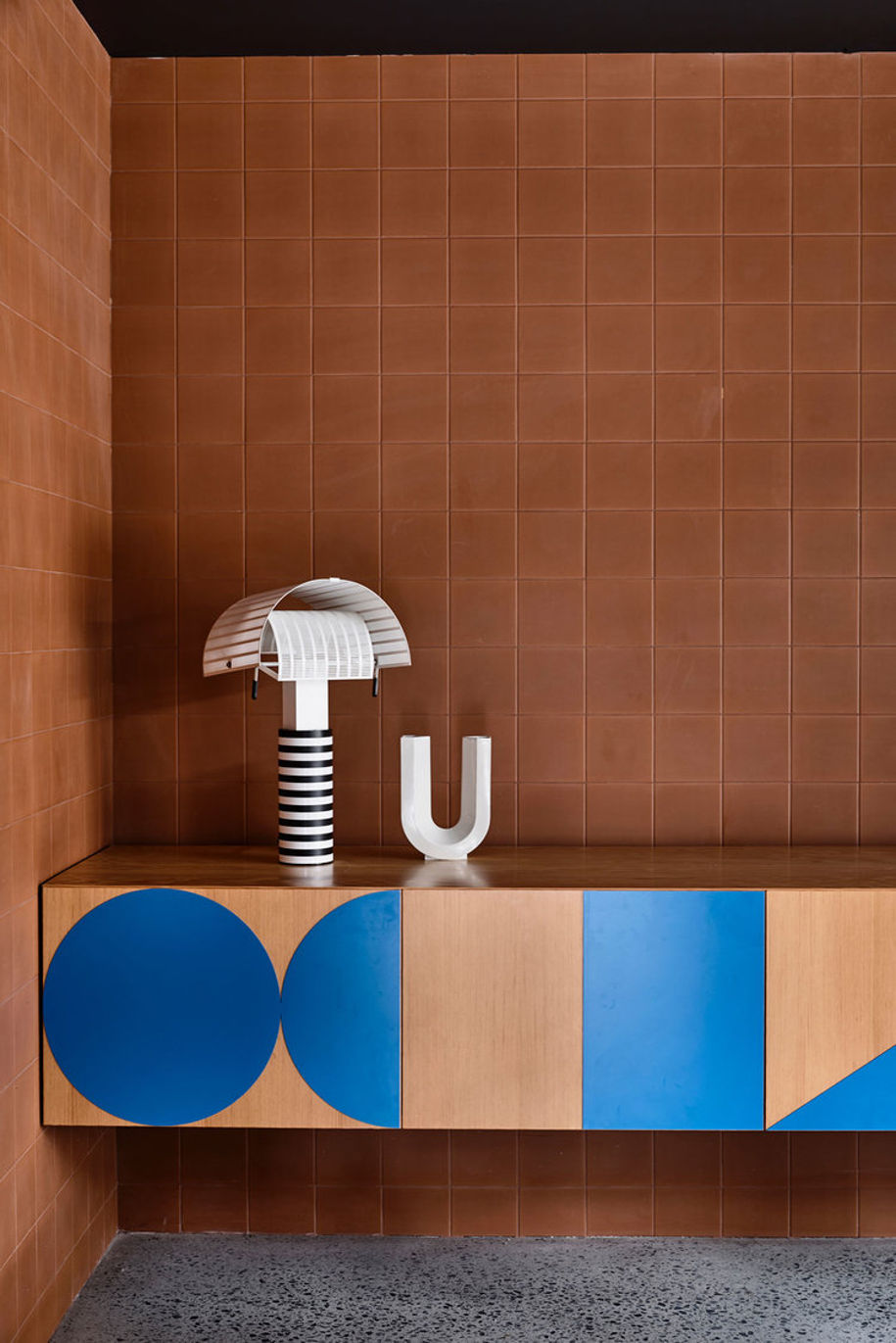 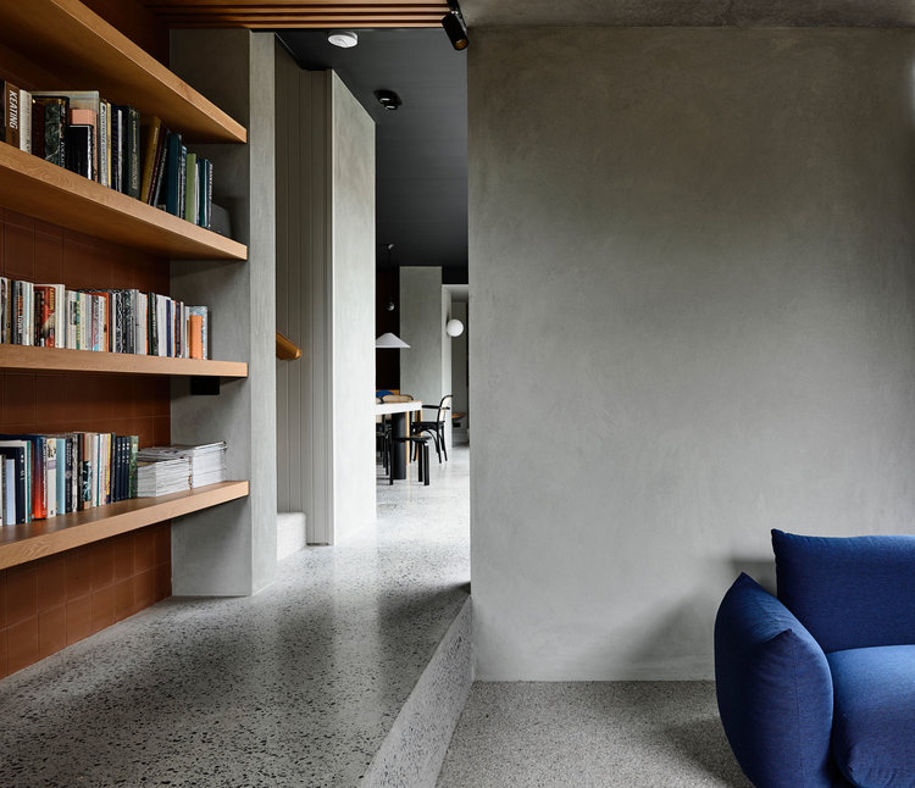 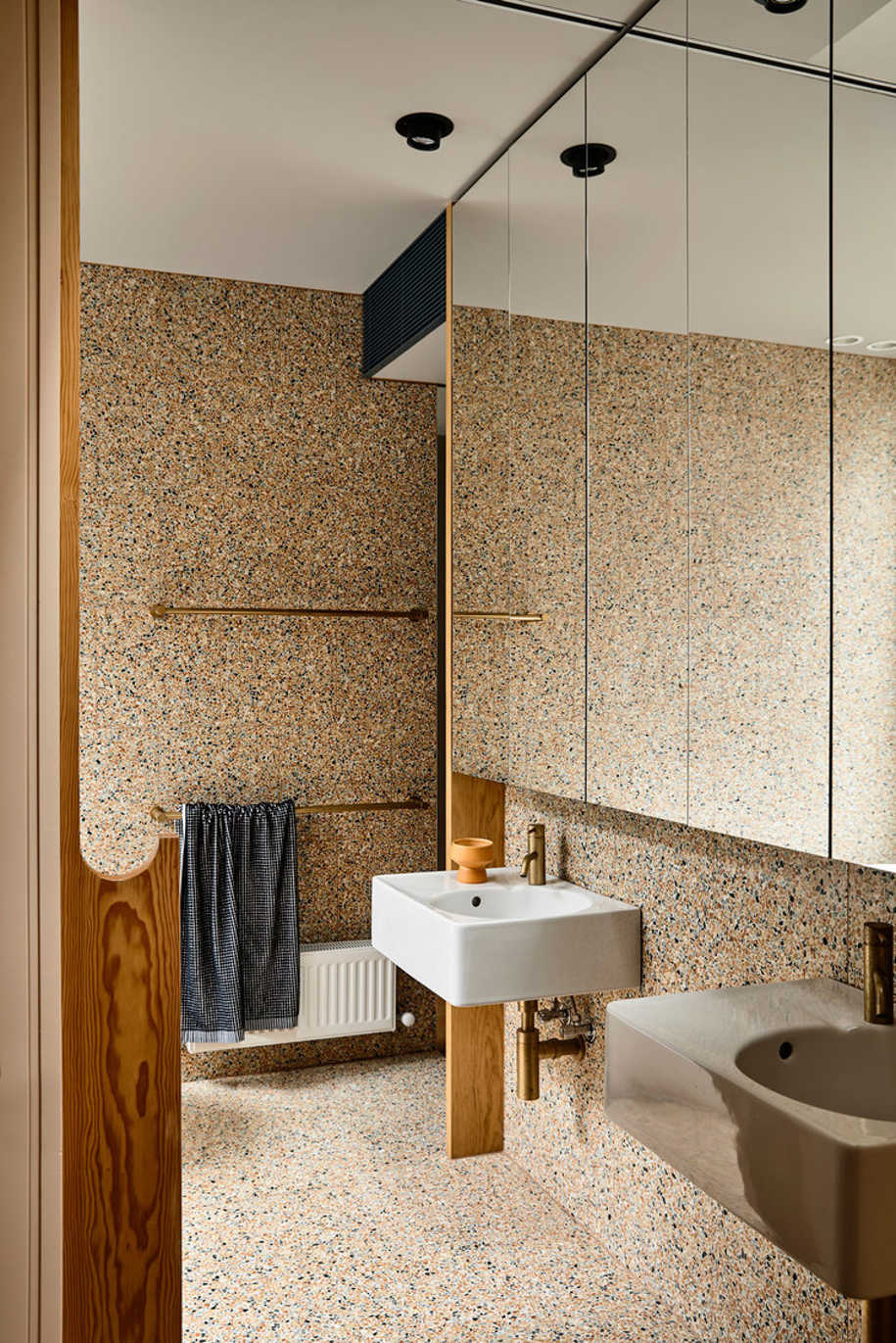 Within the conventional parameters of this type of project, the studio look to be progressive in an approach to visual qualities. The clients were enthusiastic about color and so the architects developed a palette which could inform all of their design decisions. 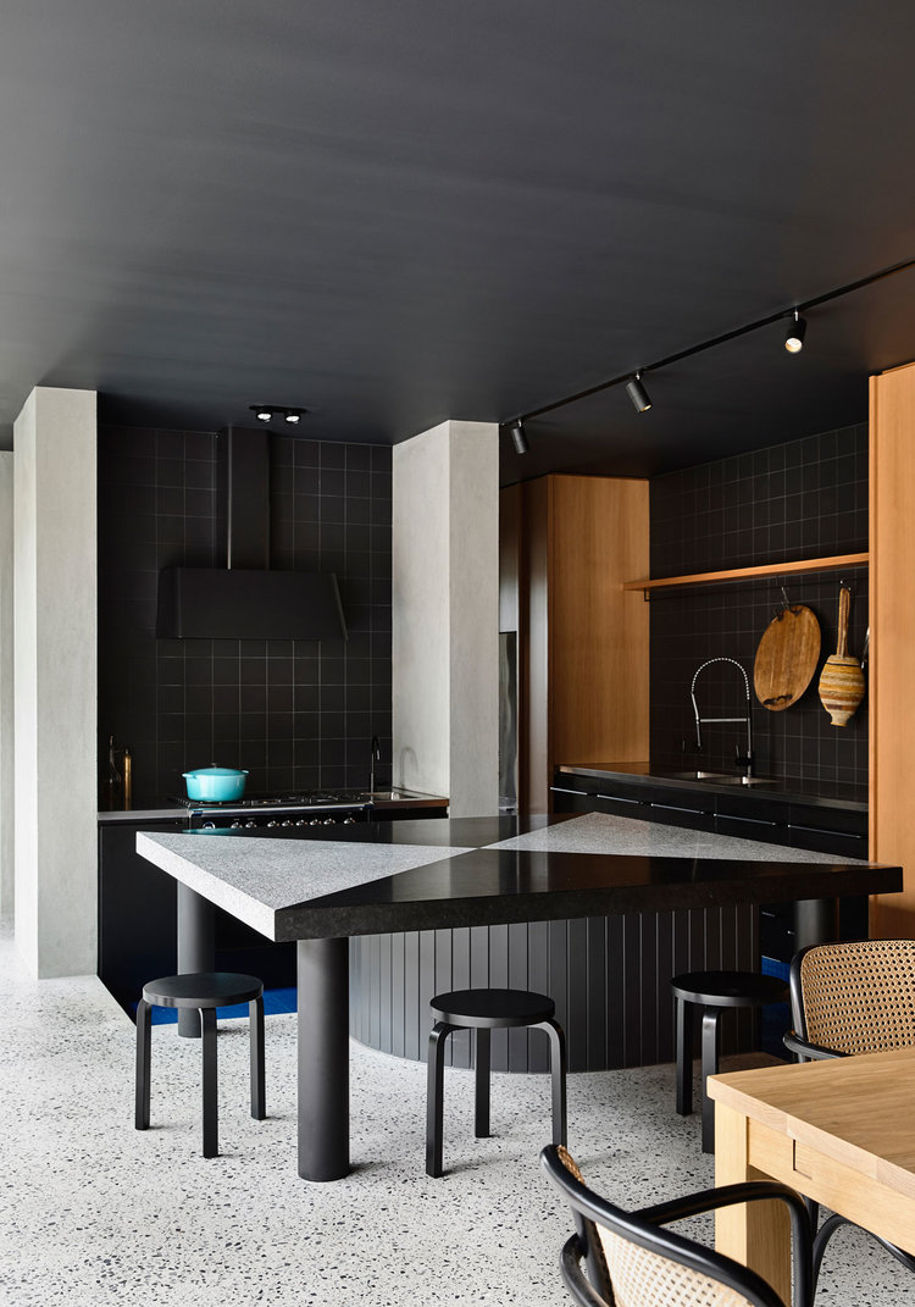 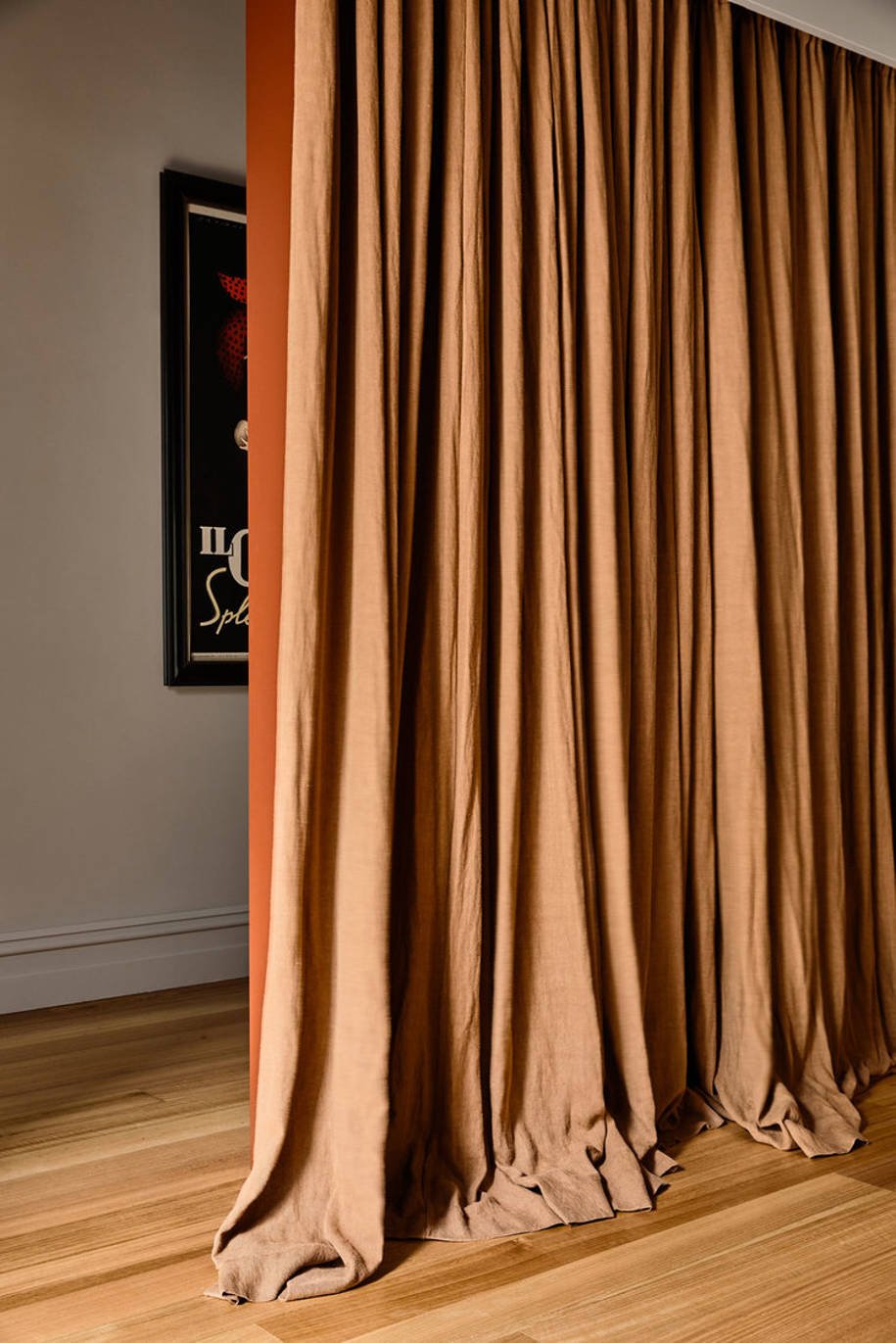 They chose an oxidized red color for the steel elements, including the large format sliding doors and fixed glazing as well as the brise-soleil to the first floor.  Accompanying this are terra cotta tiles and Douglas Fir, both of which complement the warm, earthy red of the steel.  The interiors range from the dramatic to the tranquil using concentrations of colour in varying intensities.  The garden, devised with Amanda Oliver, consists of areas to the front and rear of the house as well as a courtyard and a roof garden so that a living aspect is always available.

Kennedy Nolan investigated how the familiar spatial arrangements of the back-yard addition could be enlivened without falling into an uncomfortably over-expressive architecture, or mullet architecture (business in the front with a party out the back). 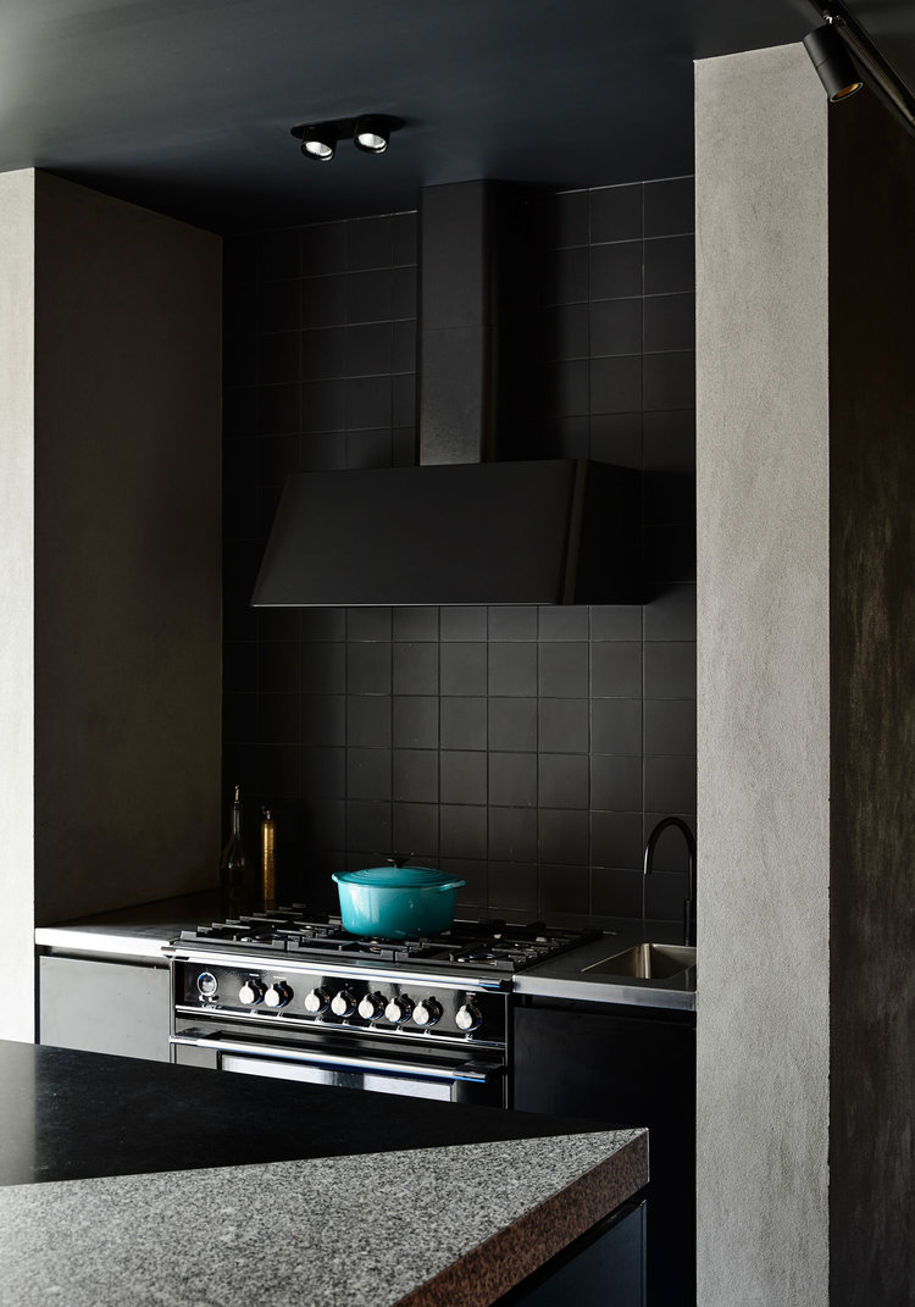 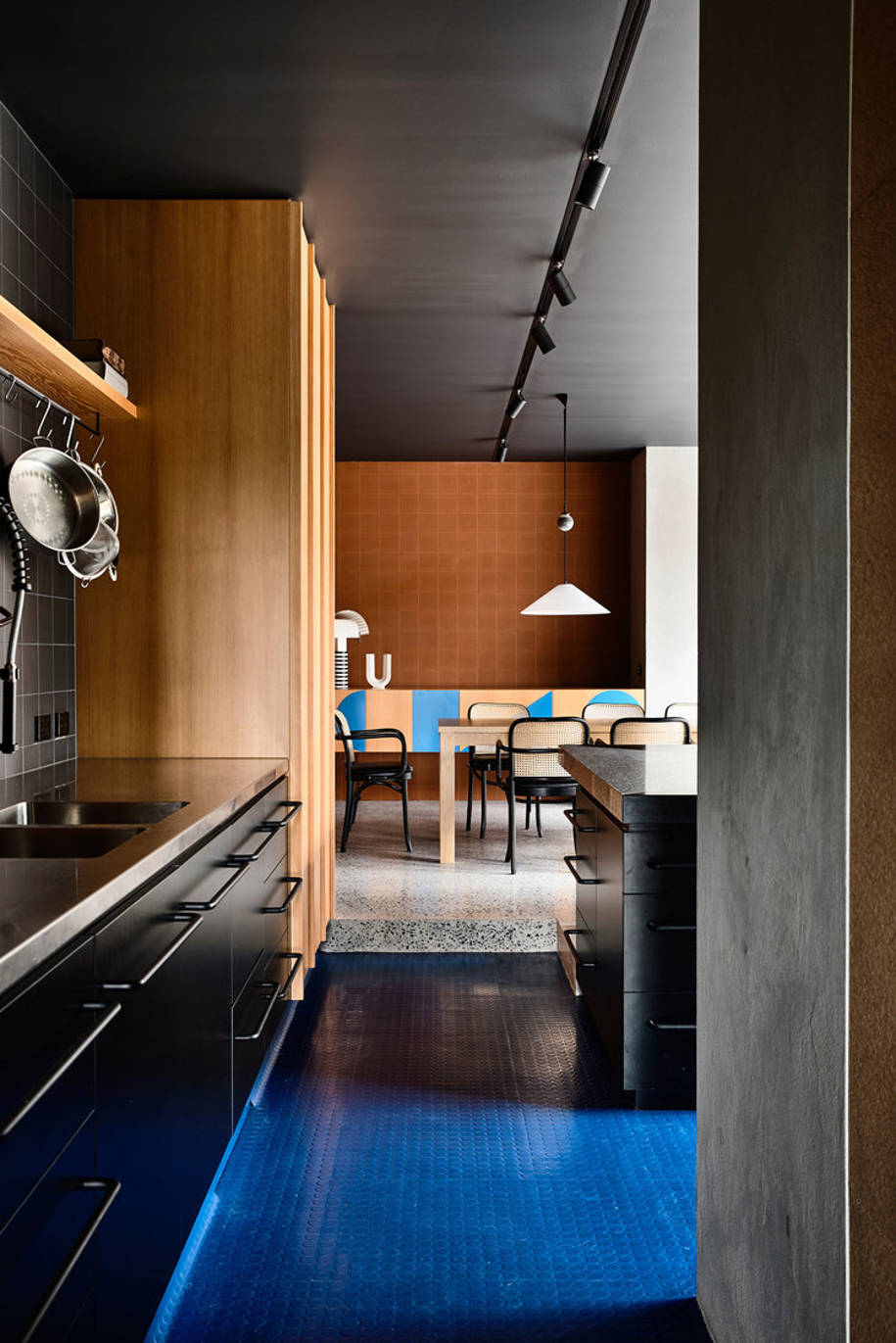 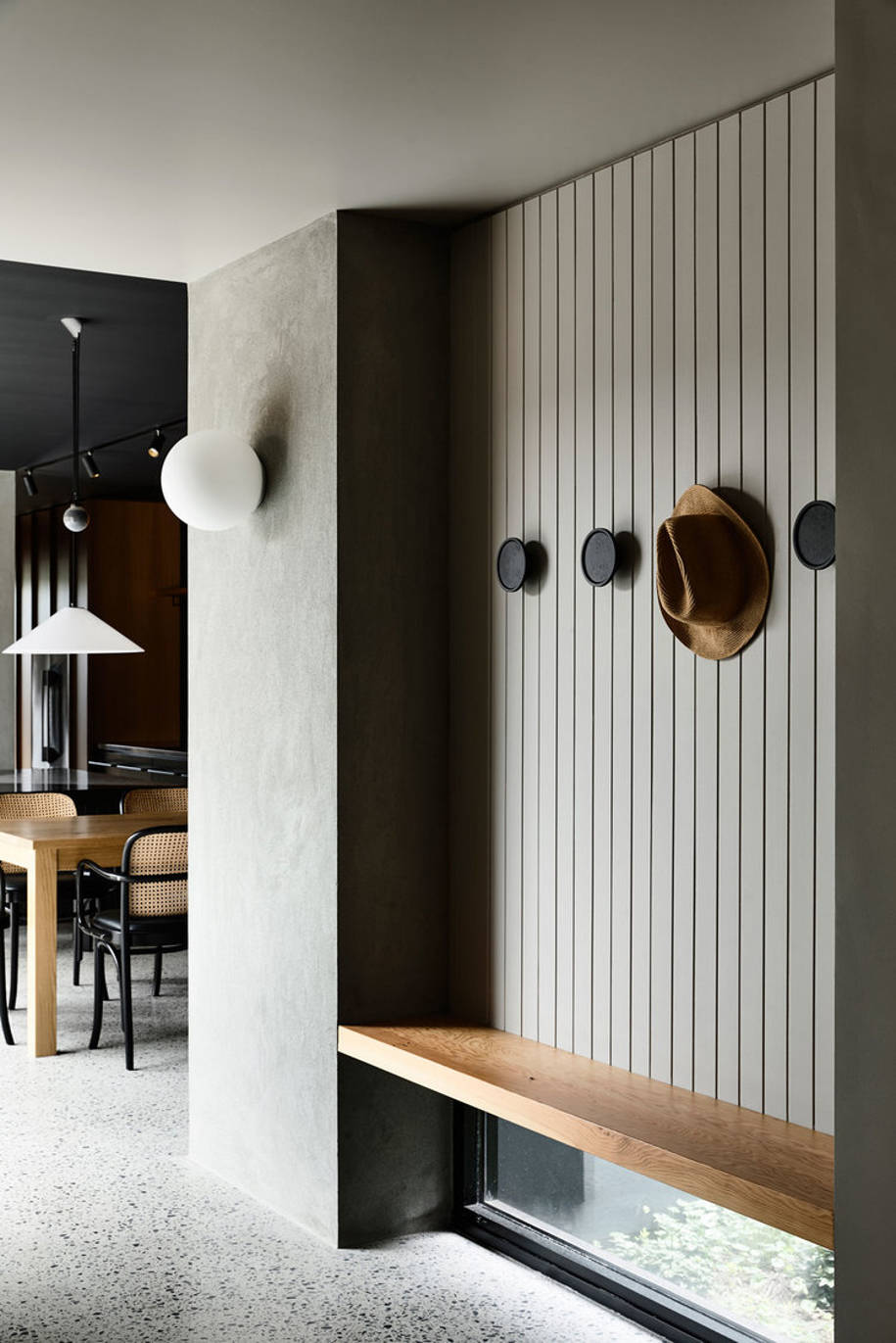 Studio’s proposal included elements with a large-scale graphic quality which could sit comfortably alongside the austere Victorian forms; the sculptural free-standing chimney, the enigmatic symbols of the window and door mullions, the muscular concrete roof form and most especially the grid of the brise-soleil.  Unexpected visual variety emerges everywhere in this house, from floor finishes to joinery. 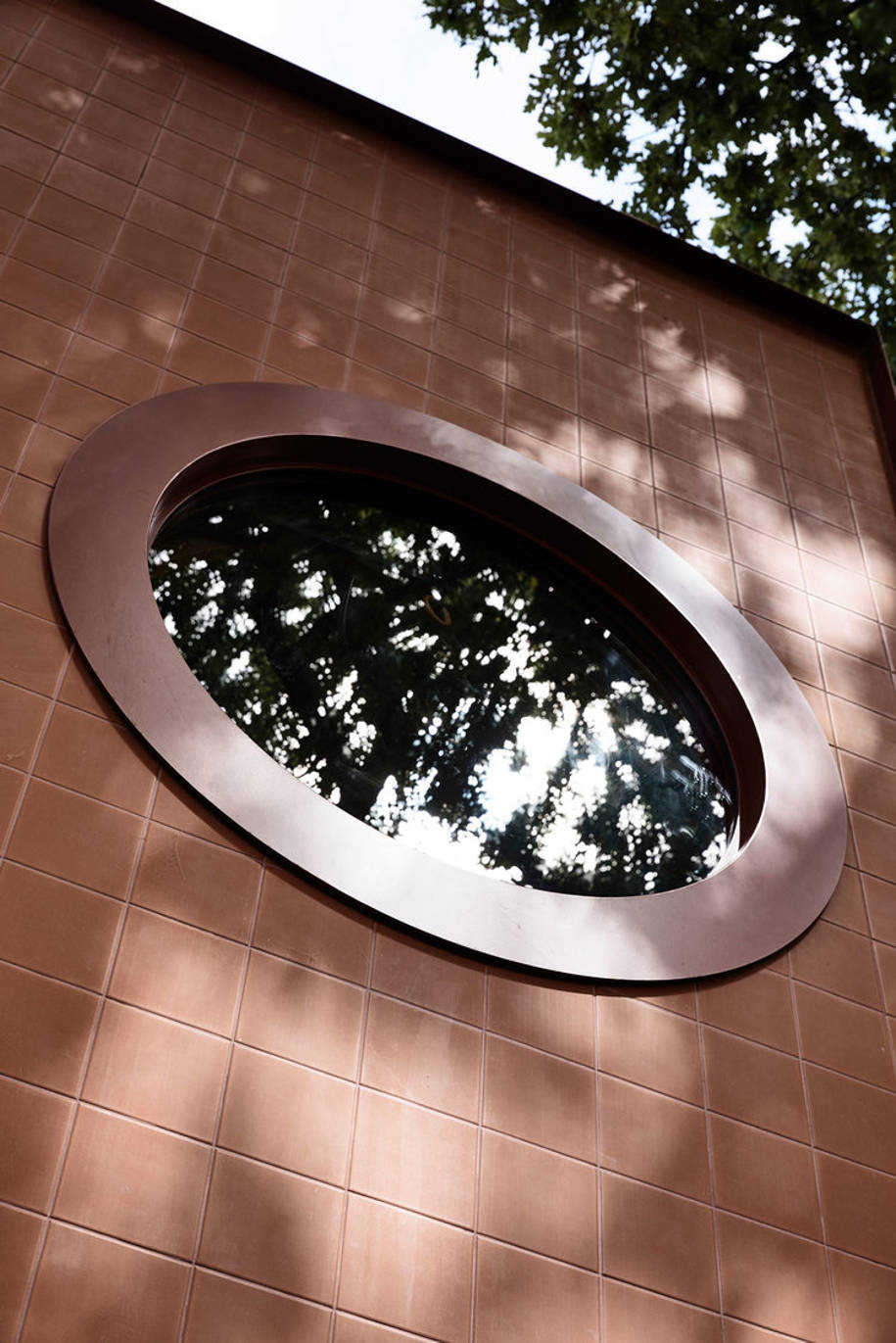 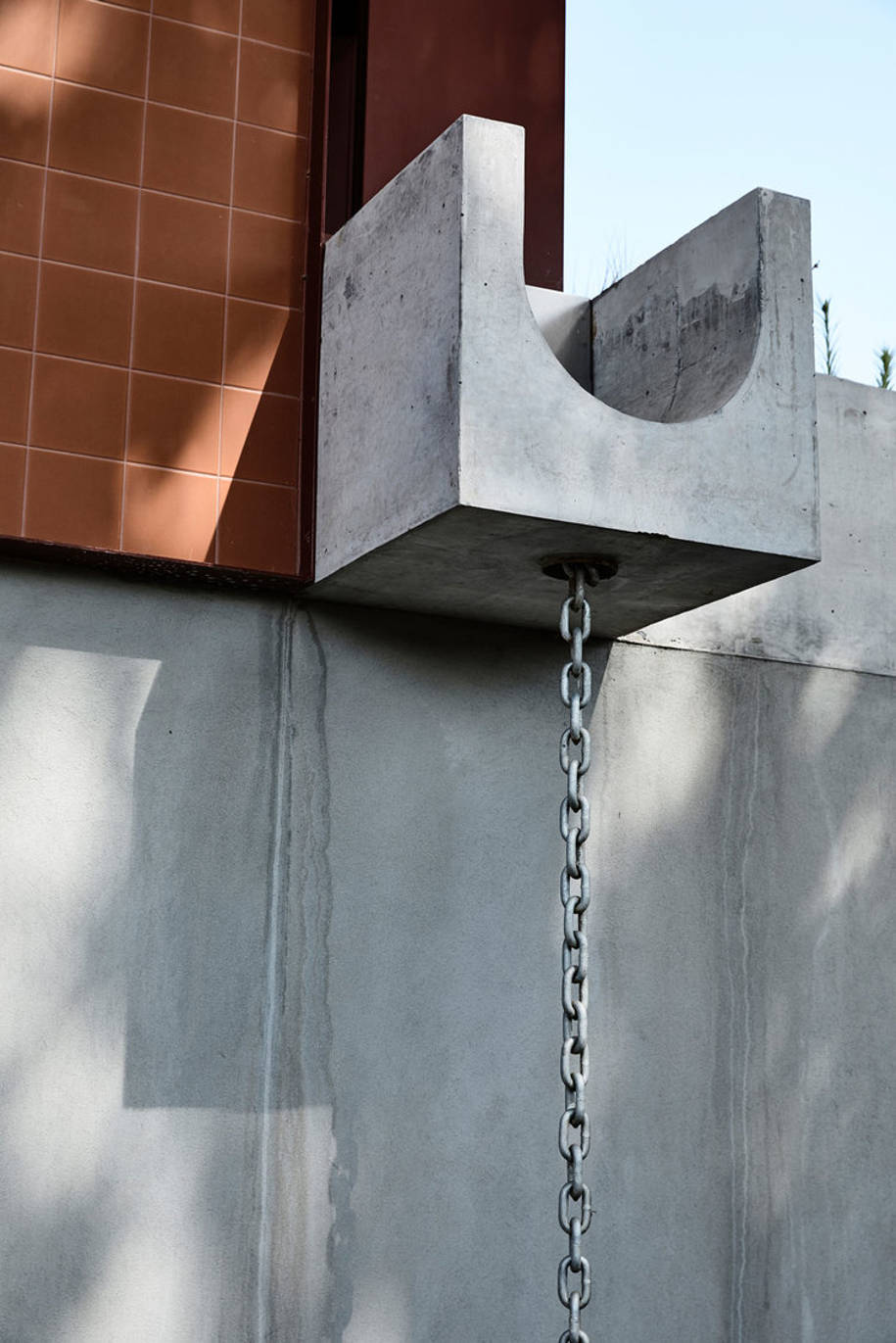 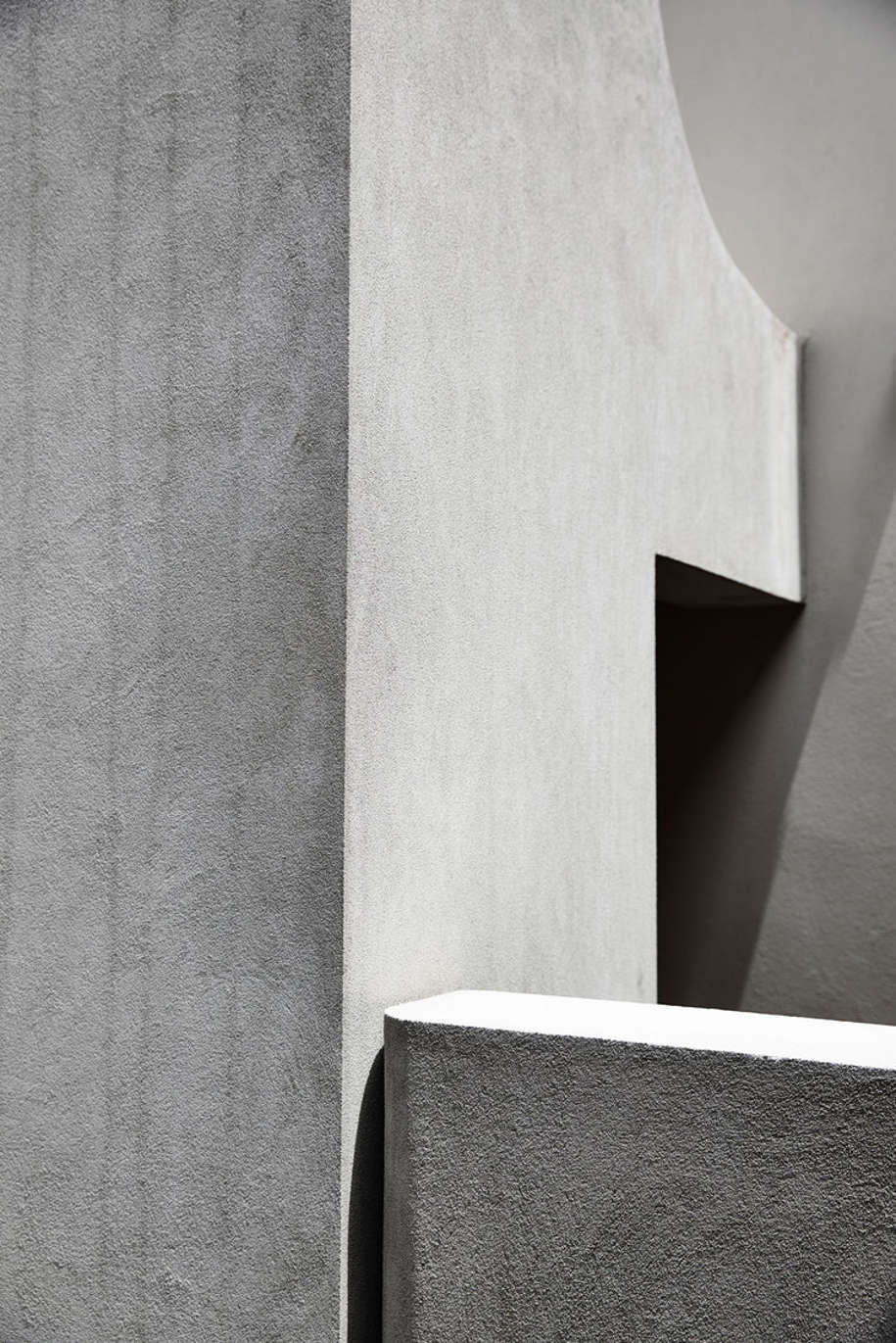 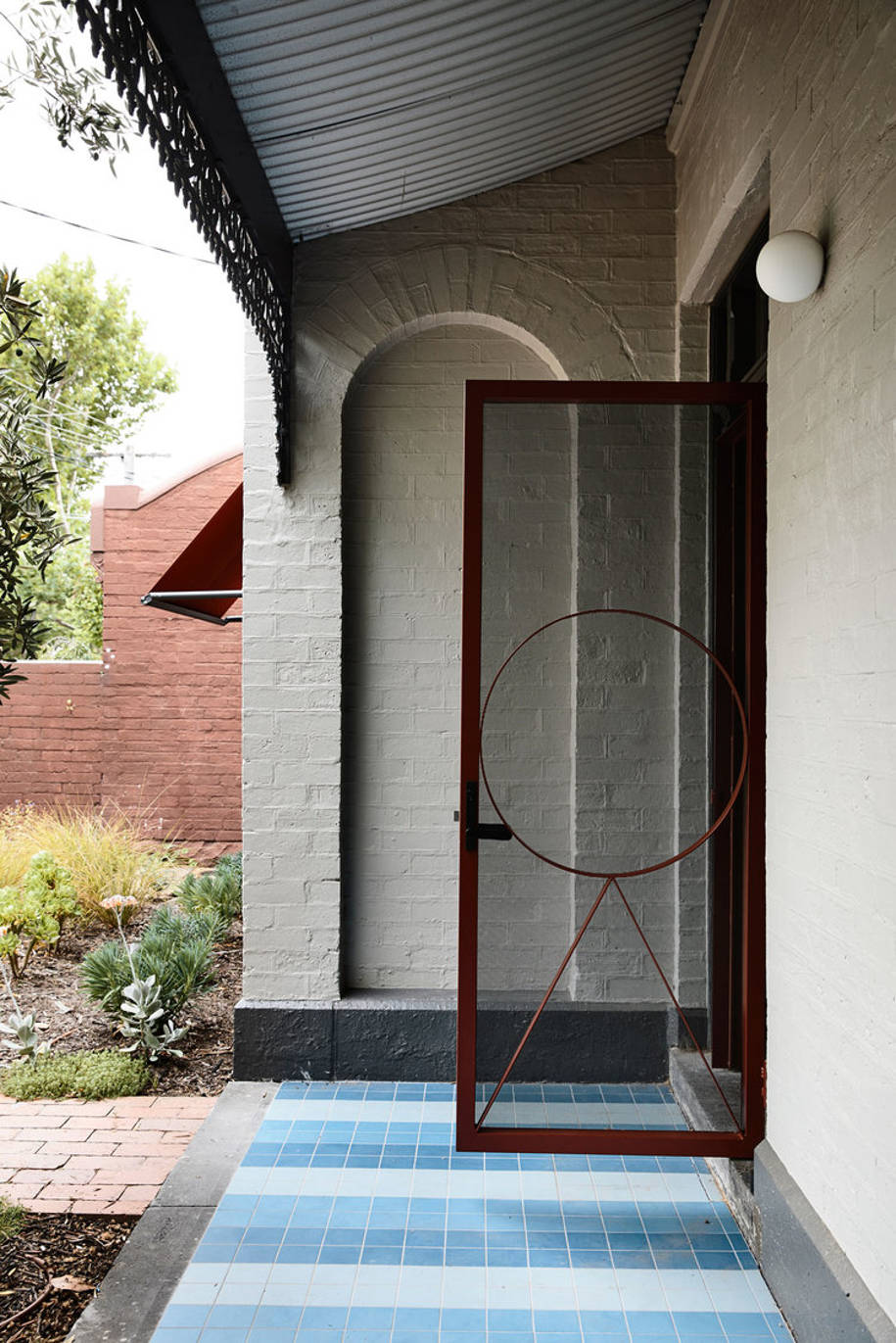 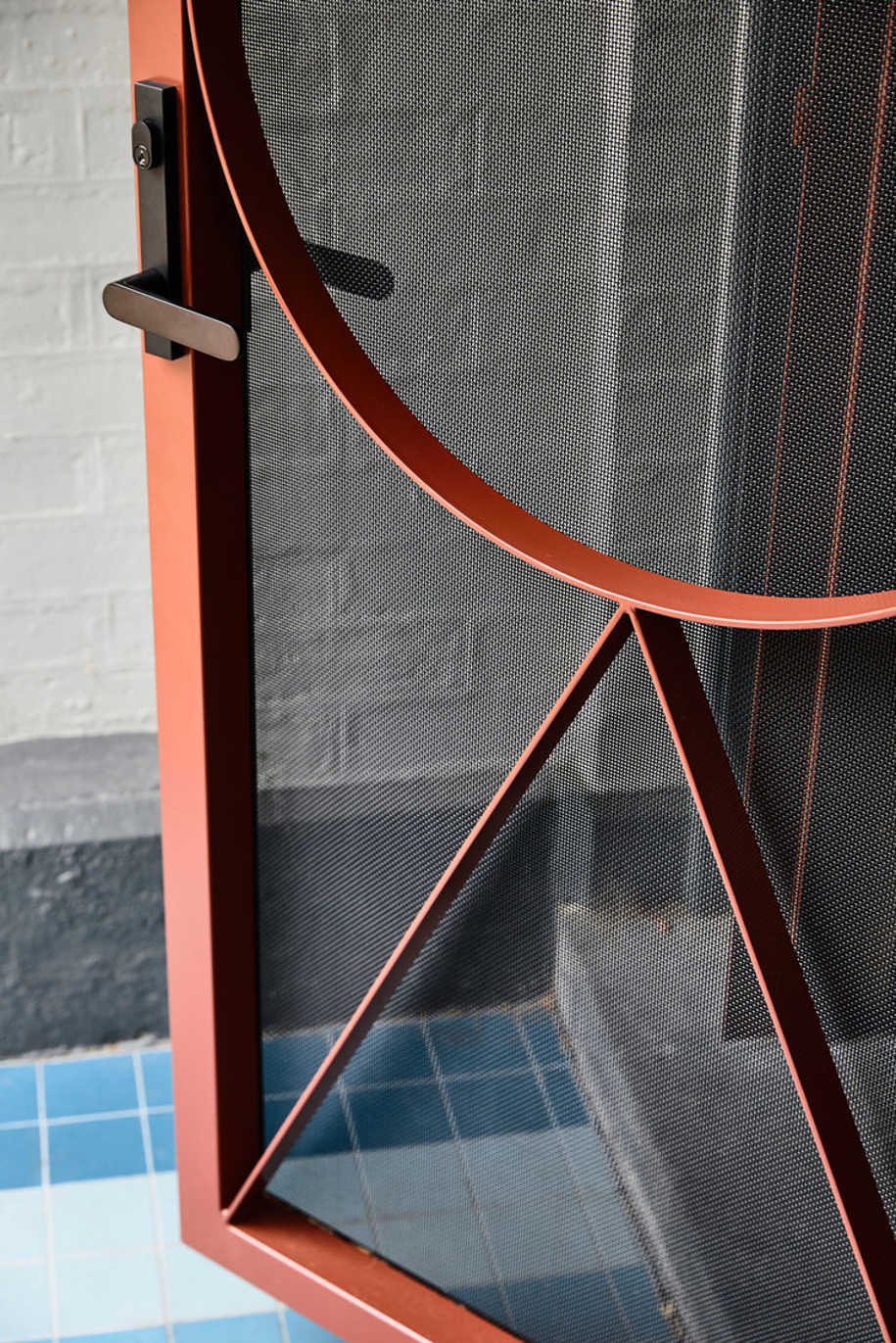 There is a concerted effort to restrain expressive excess, maintain formal and material cohesion throughout the house, resist conventional lifestyle architecture blandness and amplify a sense of joyousness and delight. 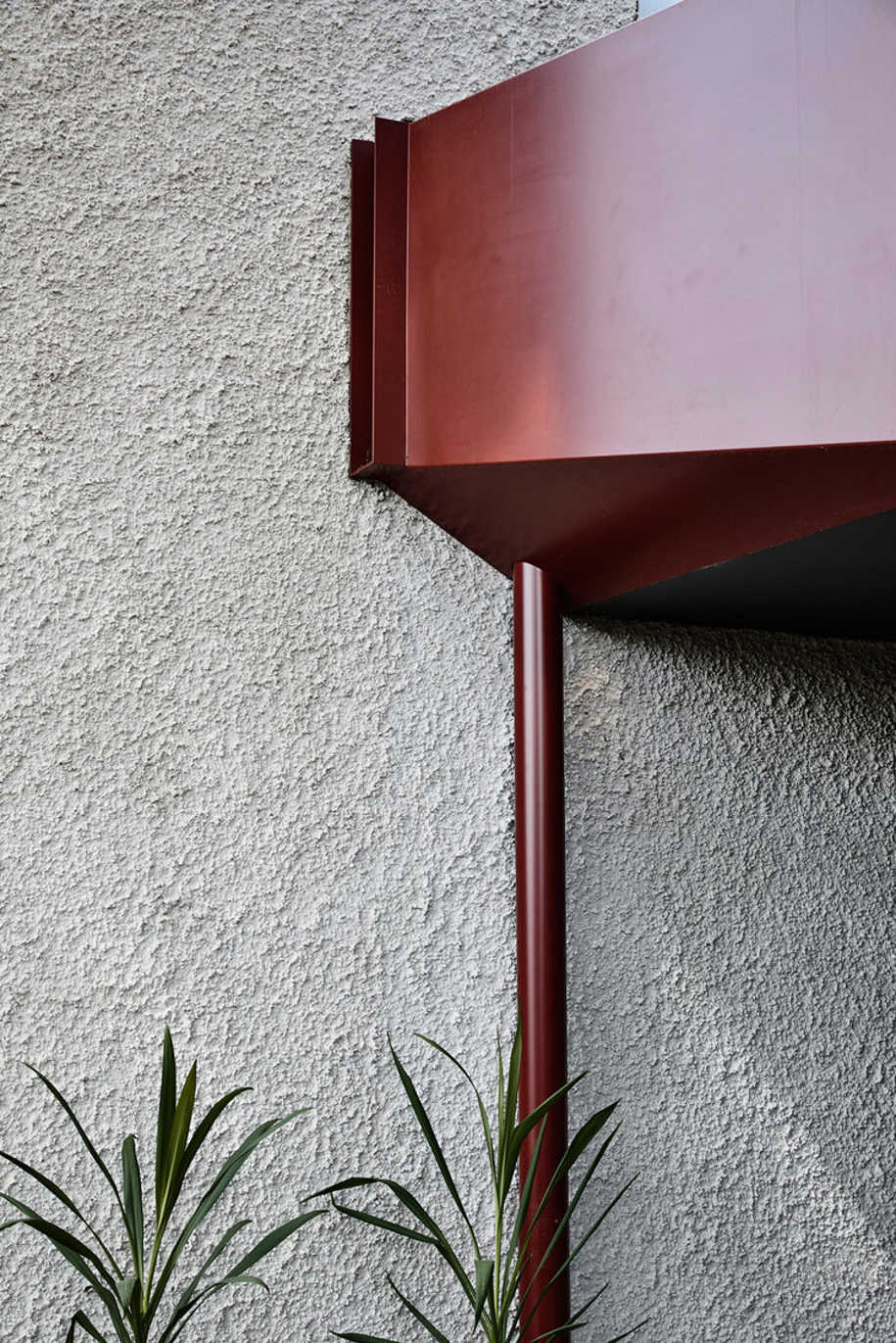 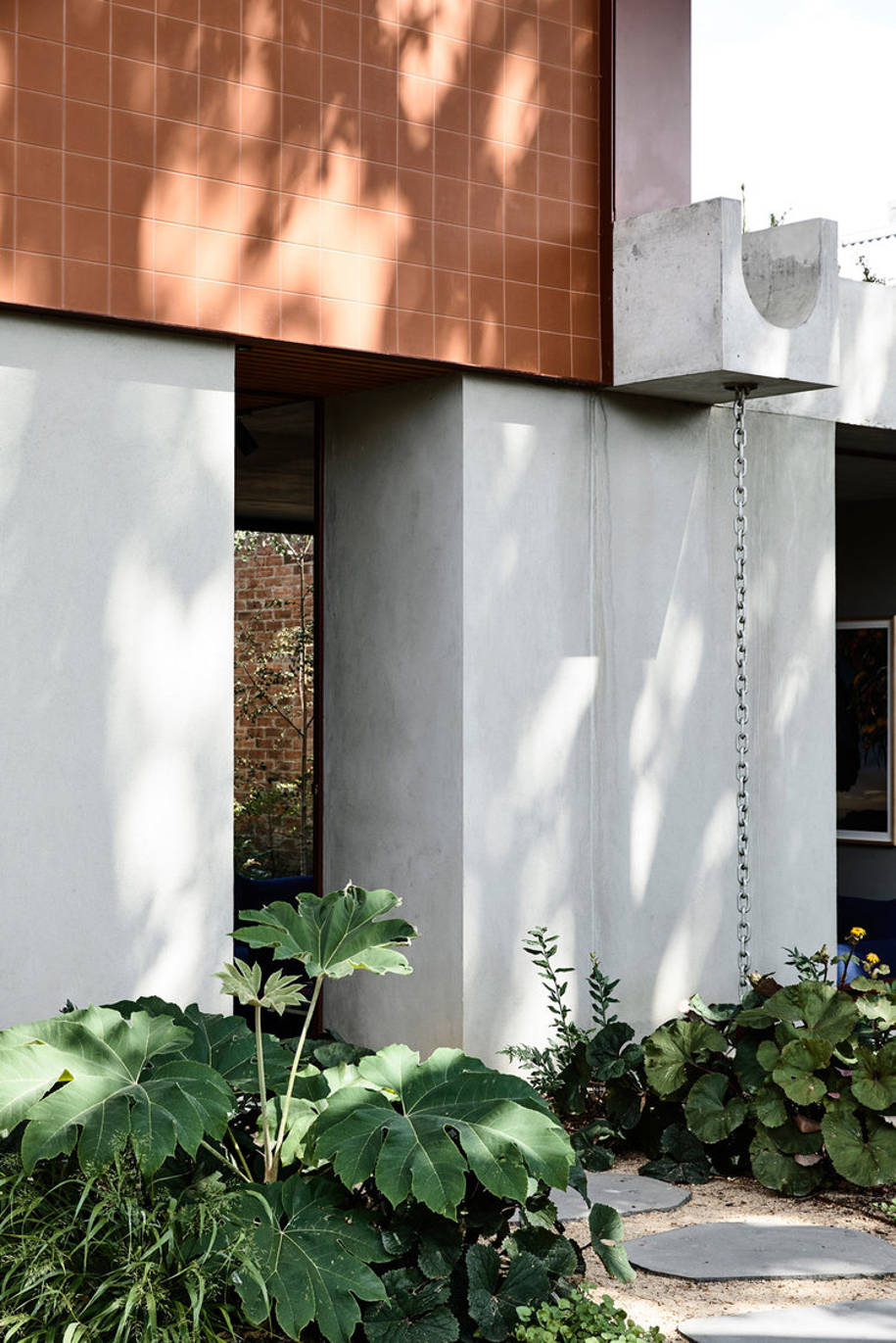 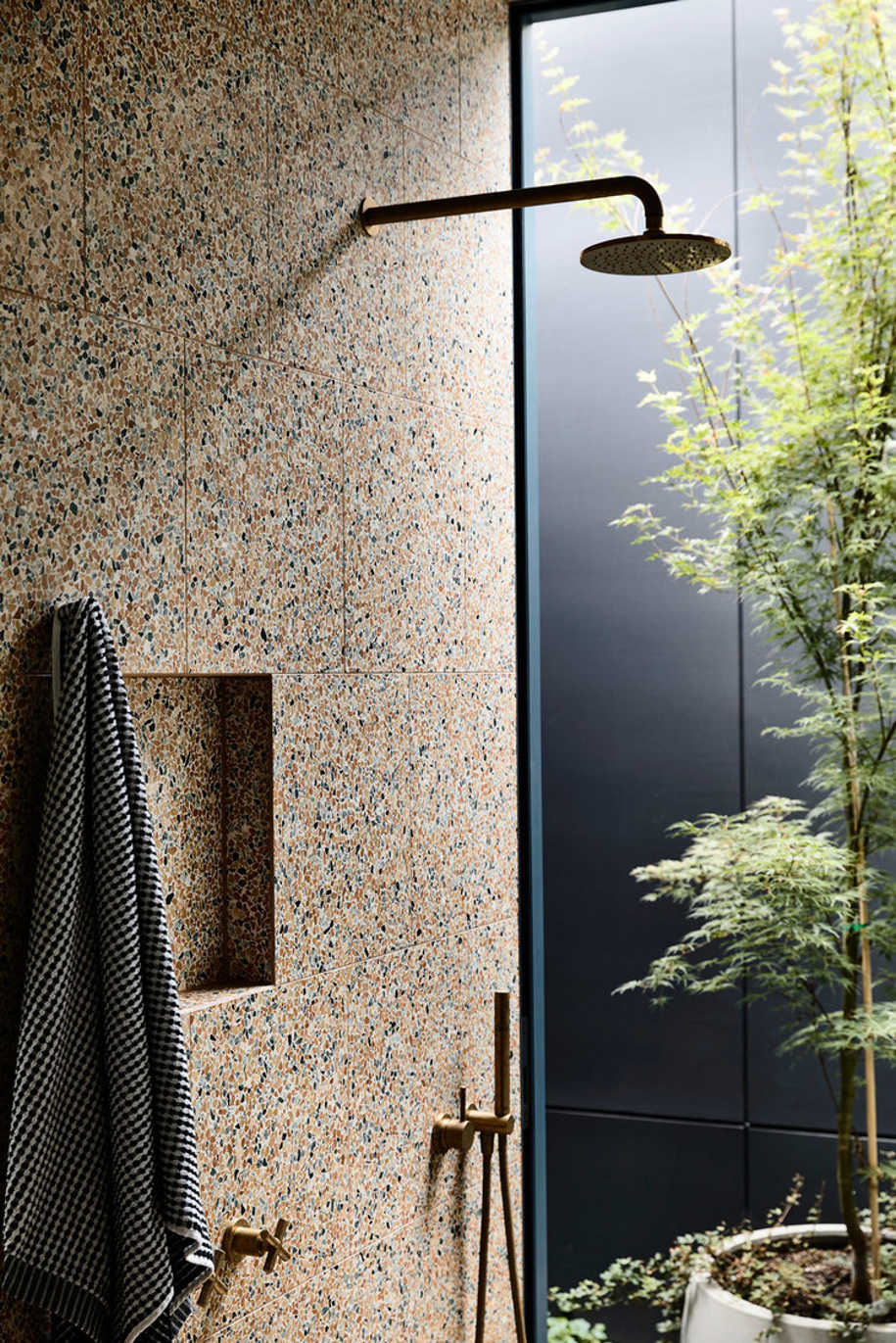 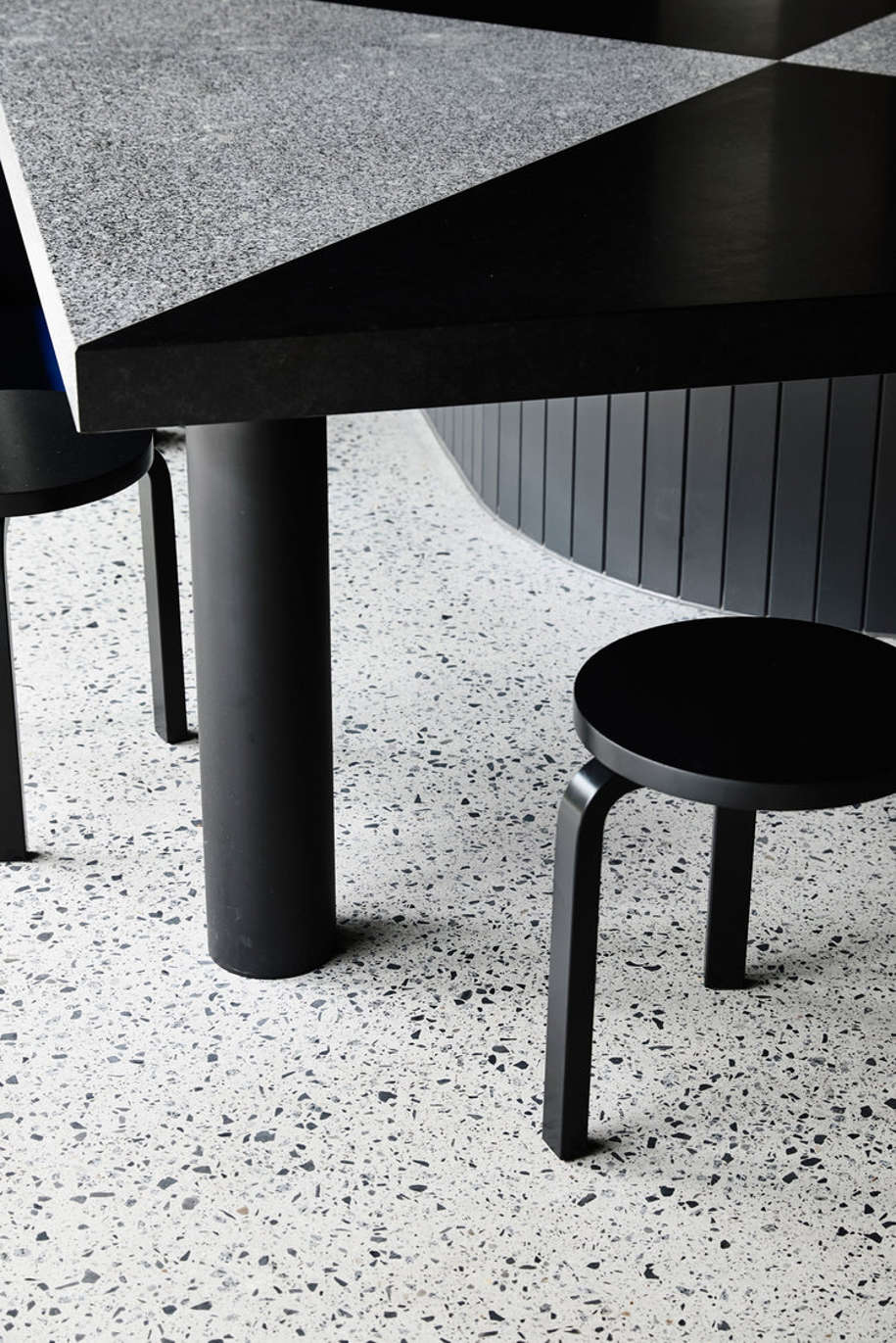 READ ALSO: BUREAU designed BARRETT' s HOUSE from the Inside Out
0 COMMENTS