The Melting Pot concept store designed by arcube studio by Panayiotis Stelikos in Limassol Cyprus. Is about an exhibition space combined with a small coffee-bar, designed to showcade “RIZA”, the new furniture brand launched by Panayiotis Stelikos. The colour palette is inspired by the Cypriot urban and natural landscape. Combined materiallity and pallete,textures and tones, create an aesthetic that shares features with Scandinavia or  Korean minimalism. 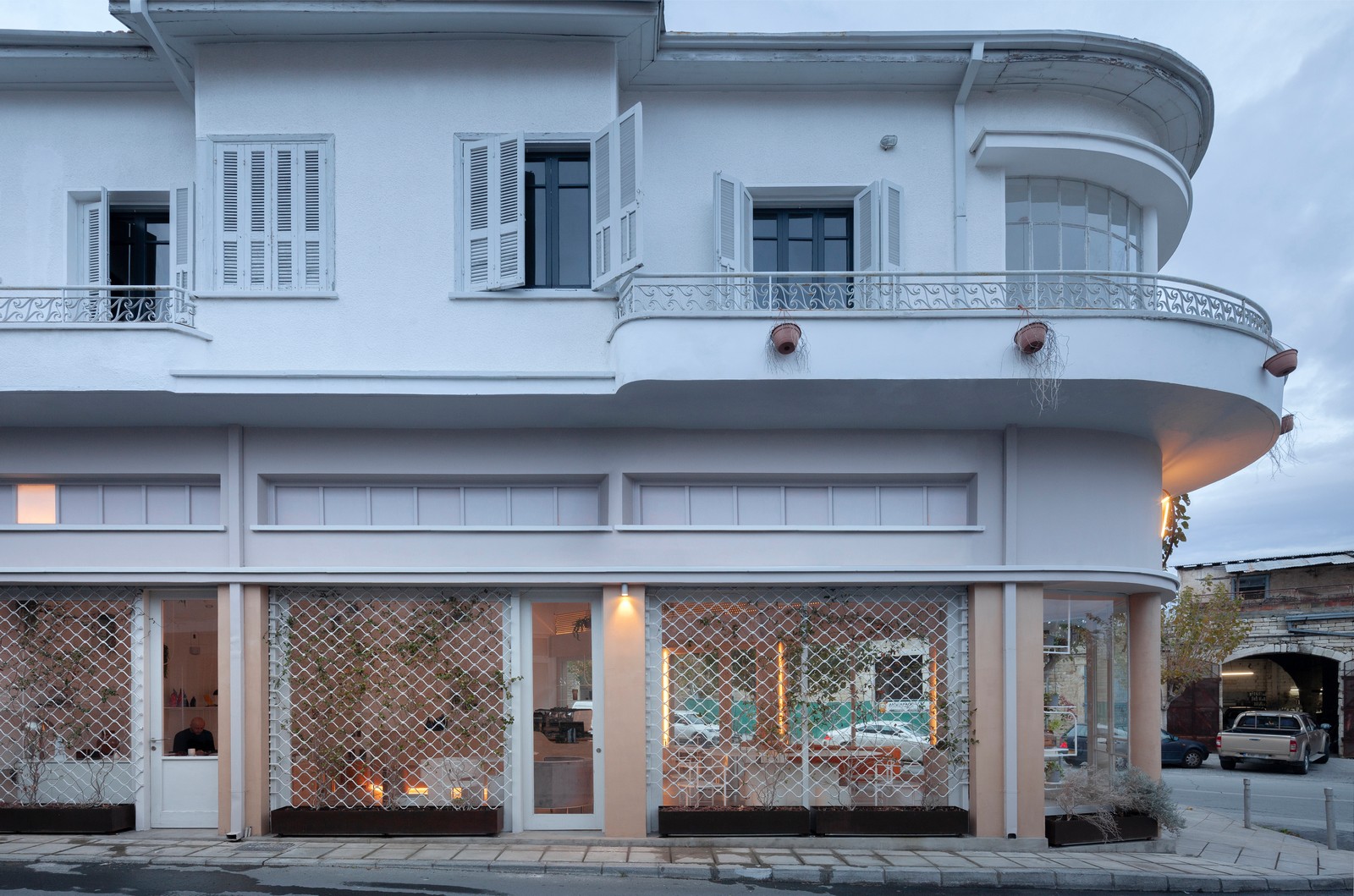 The Melting Pot is an exhibition space where design appreciators may also enjoy selected music, specialty coffee, quality cocktails and hand picked dishes. This idea emerged from the necessity of an empirical presentation of RIZA, the new furniture brand launched by Panayiotis Stelikos. 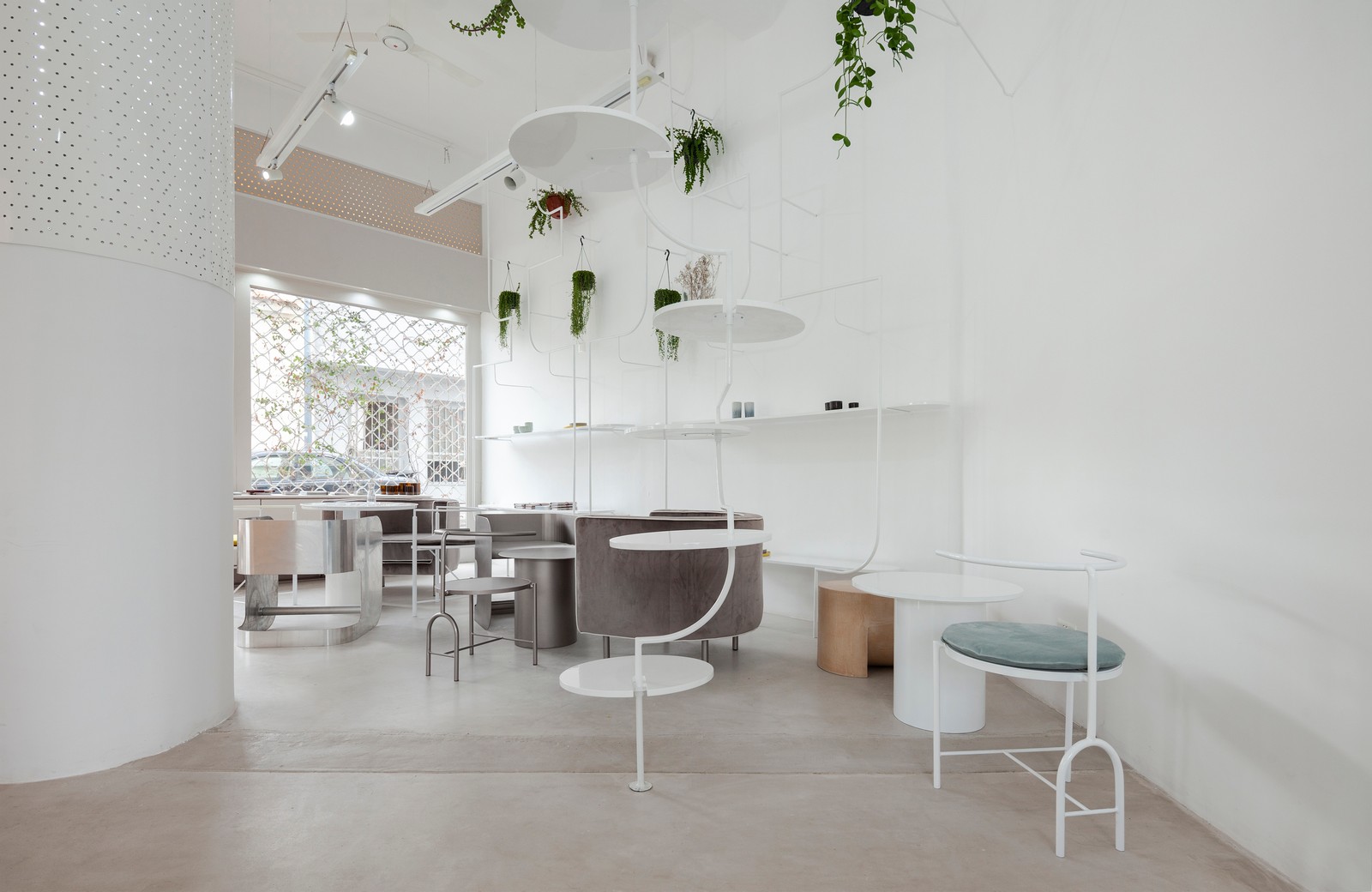 The main referential point for the configuration of the spatial assignment of the functions of the interior area is the perimeter of the building, which consists of two linear sections that converge in a circular arc. 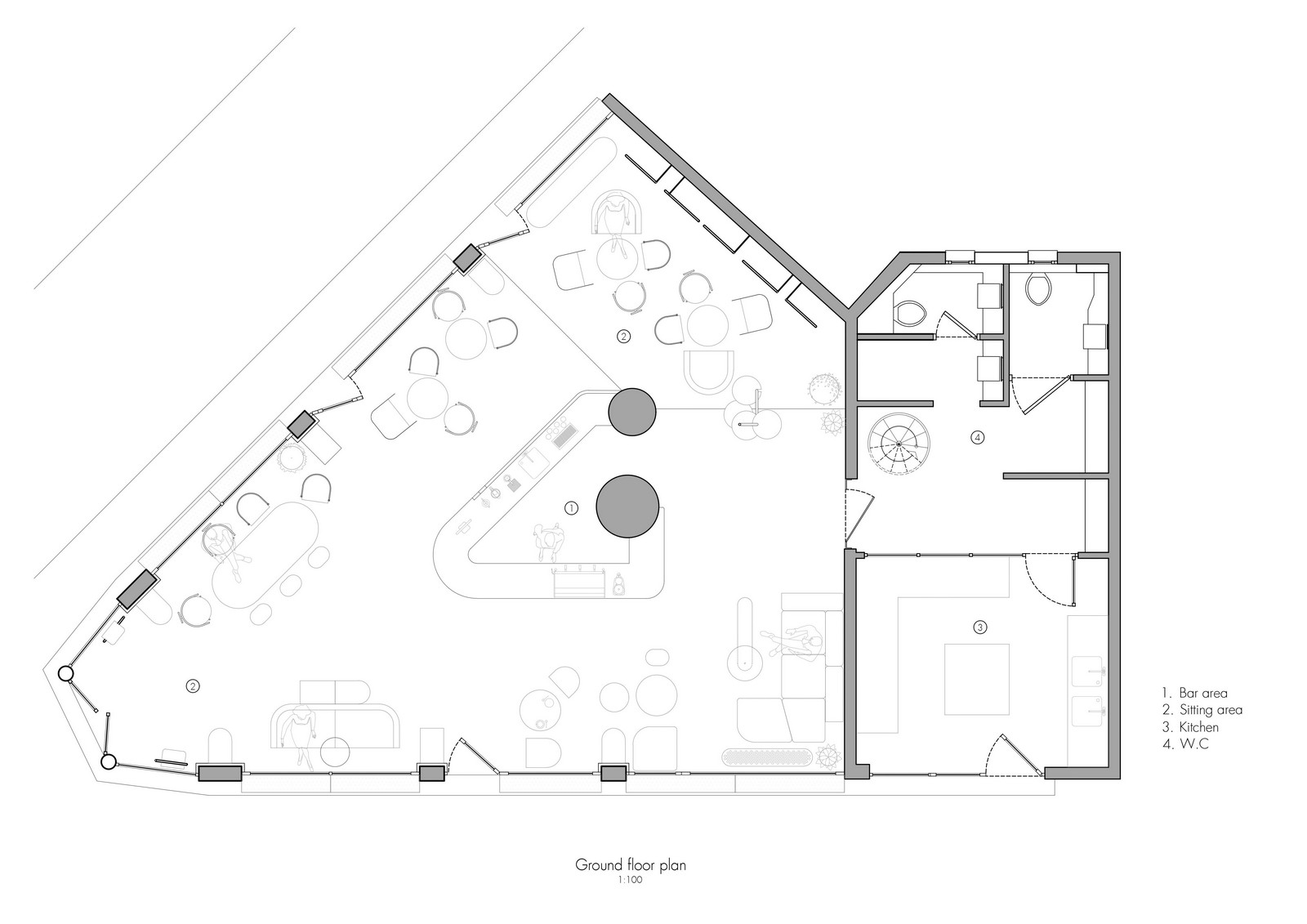 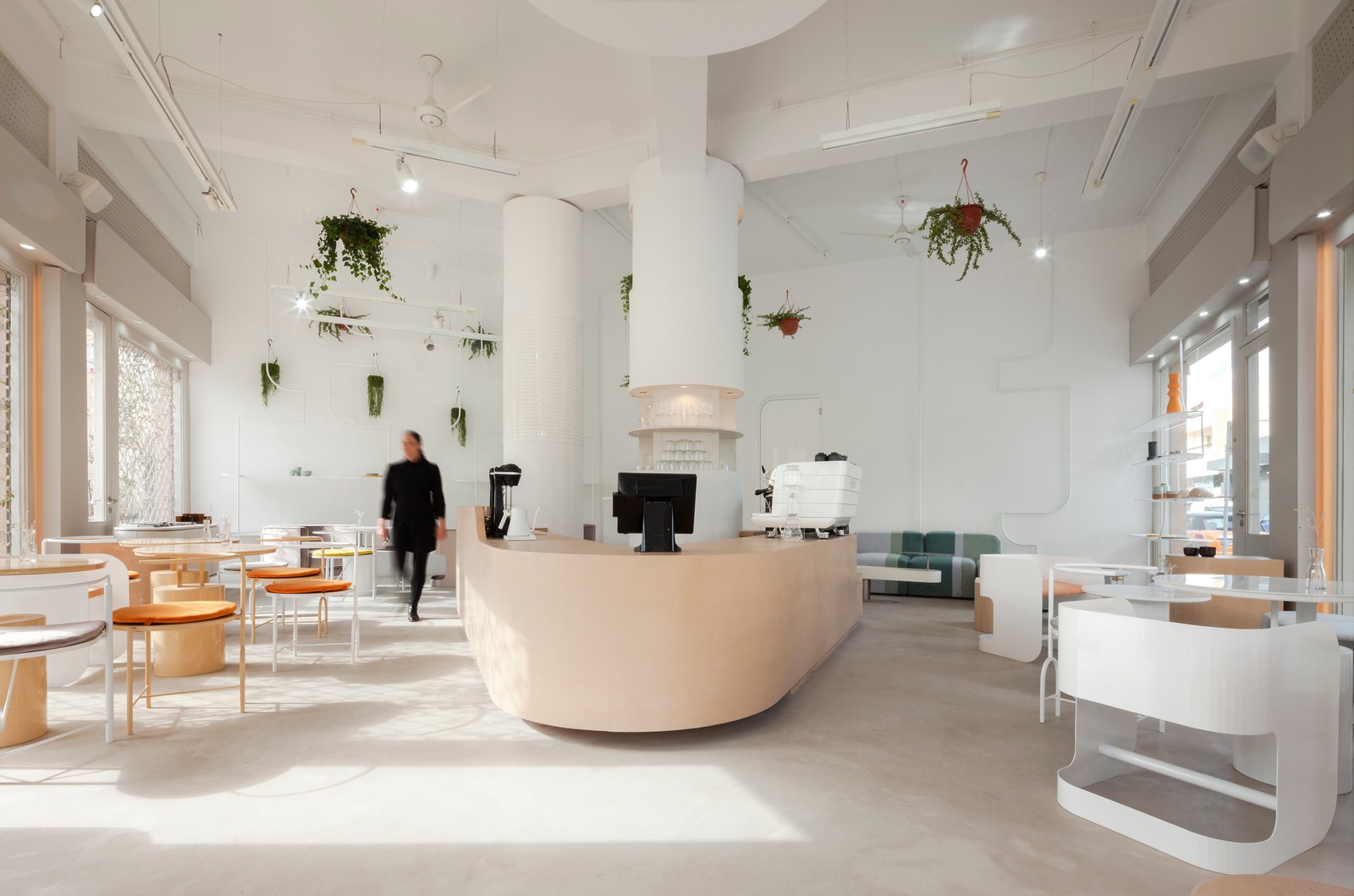 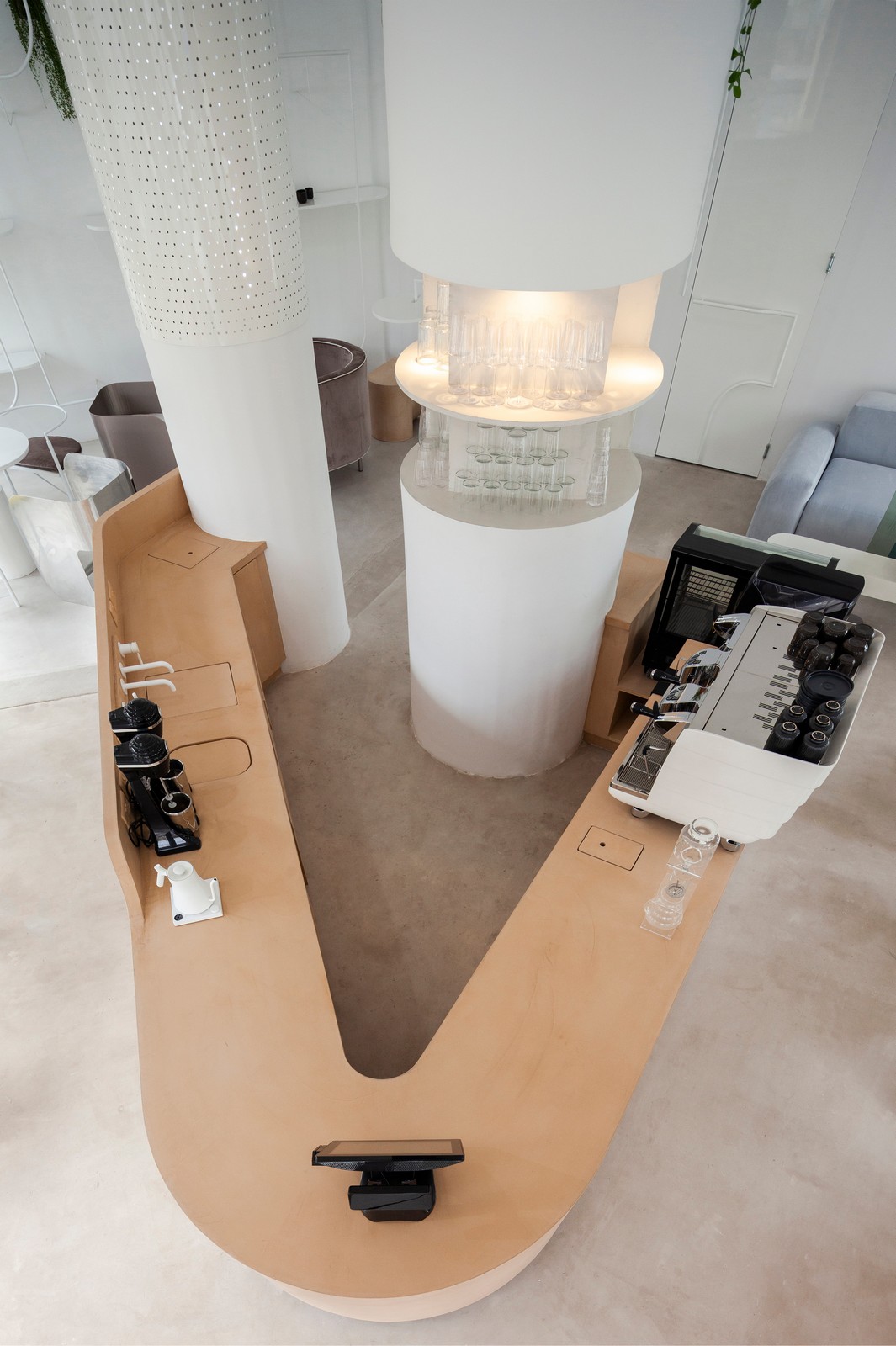 The design of the bar relies on this form, a floating concrete volume with references to futurism, in light terracotta colour from a combination of pigments that has been created especially for the venue. Its central placement brings the beverage production process to the forefront, while allowing a circular movement between the production area and the seats. The scale has also been utilised in the case of the bar, with its net height kept as low as possible, so that its relationship with the distance to the ceiling, makes the space more impressive. 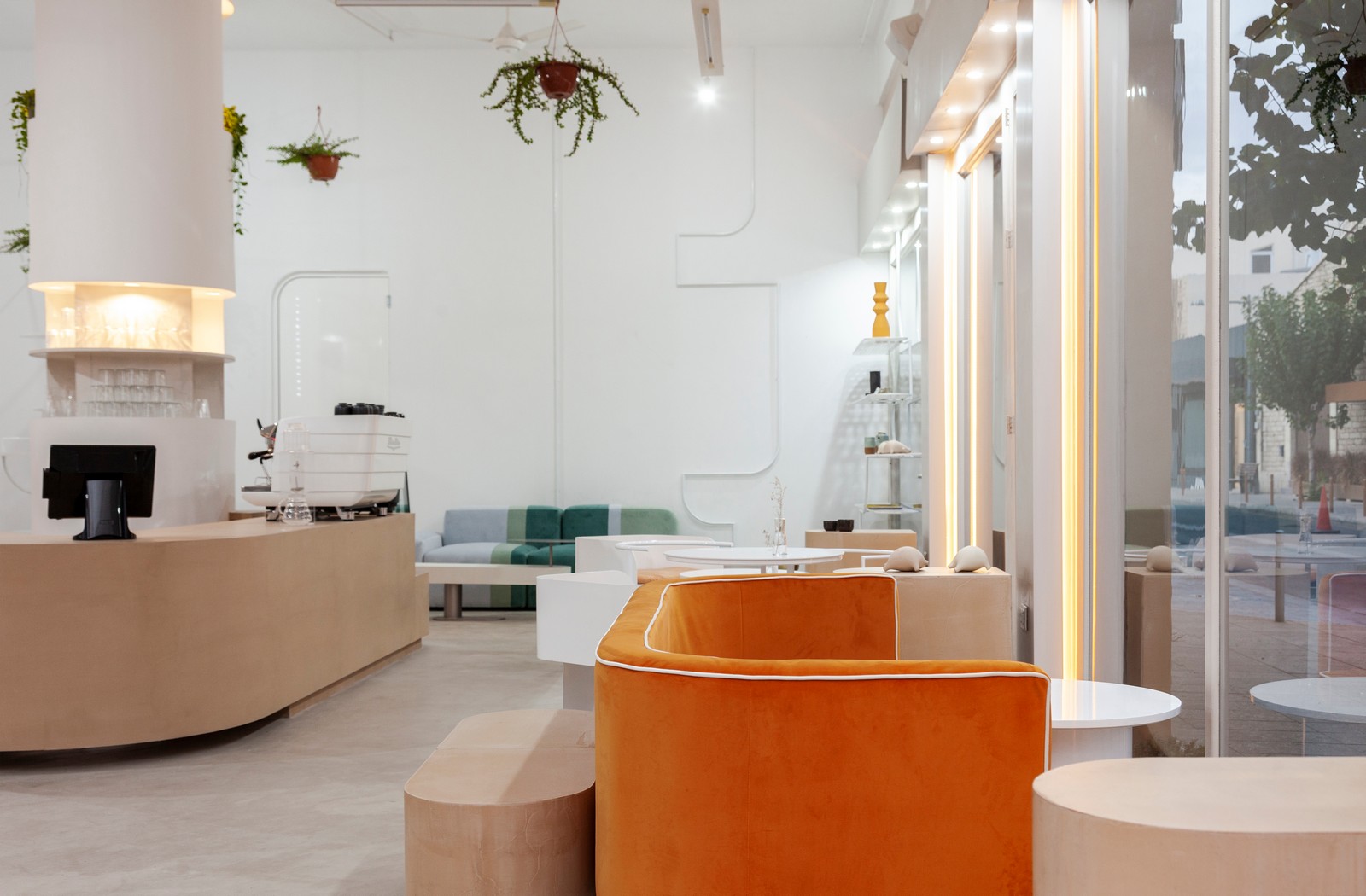 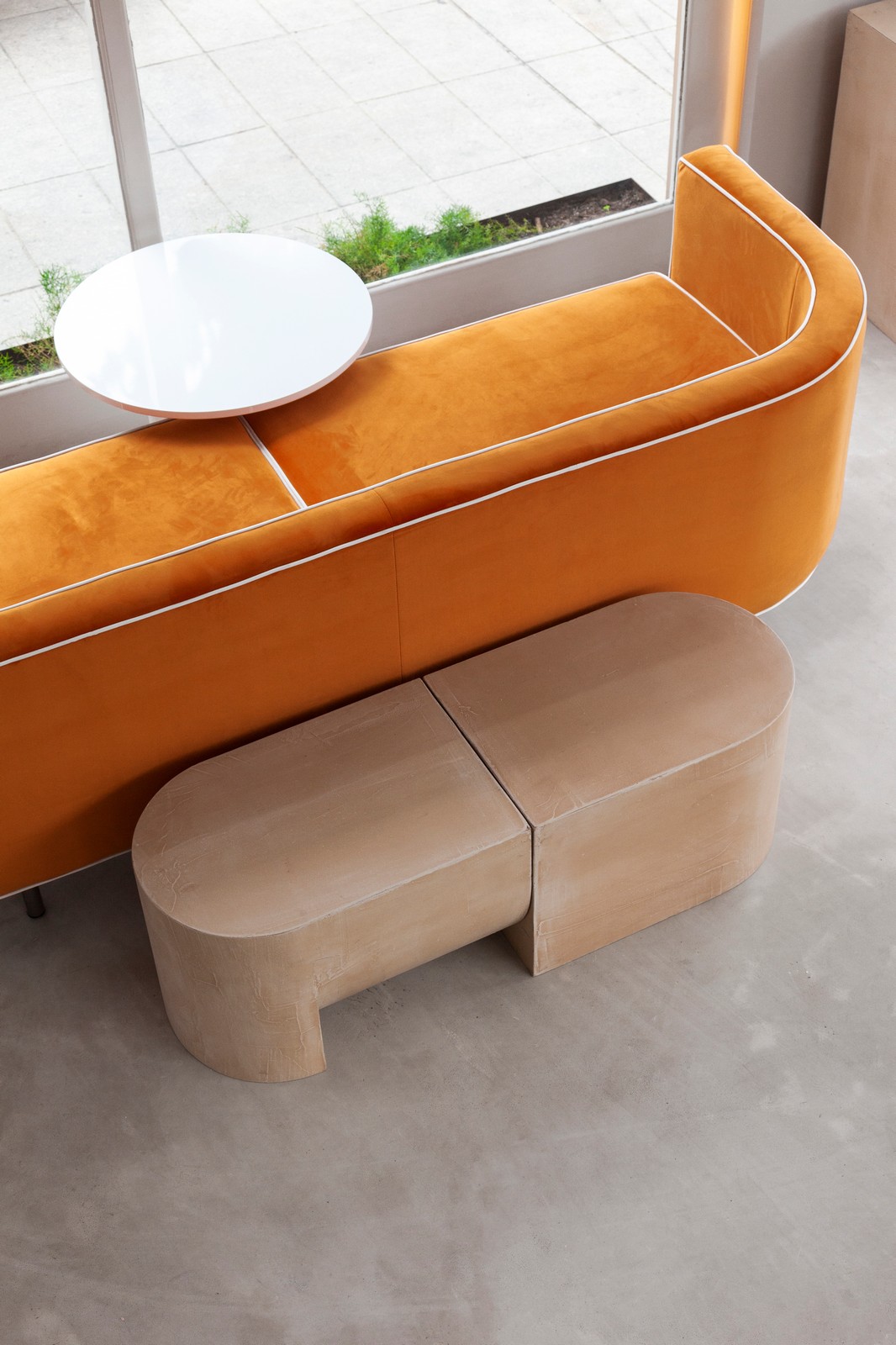 Smaller volumes of the same material, the Kaivu, are found in the perimeter of the space, serving as stands for exhibits, as seats and as tables. 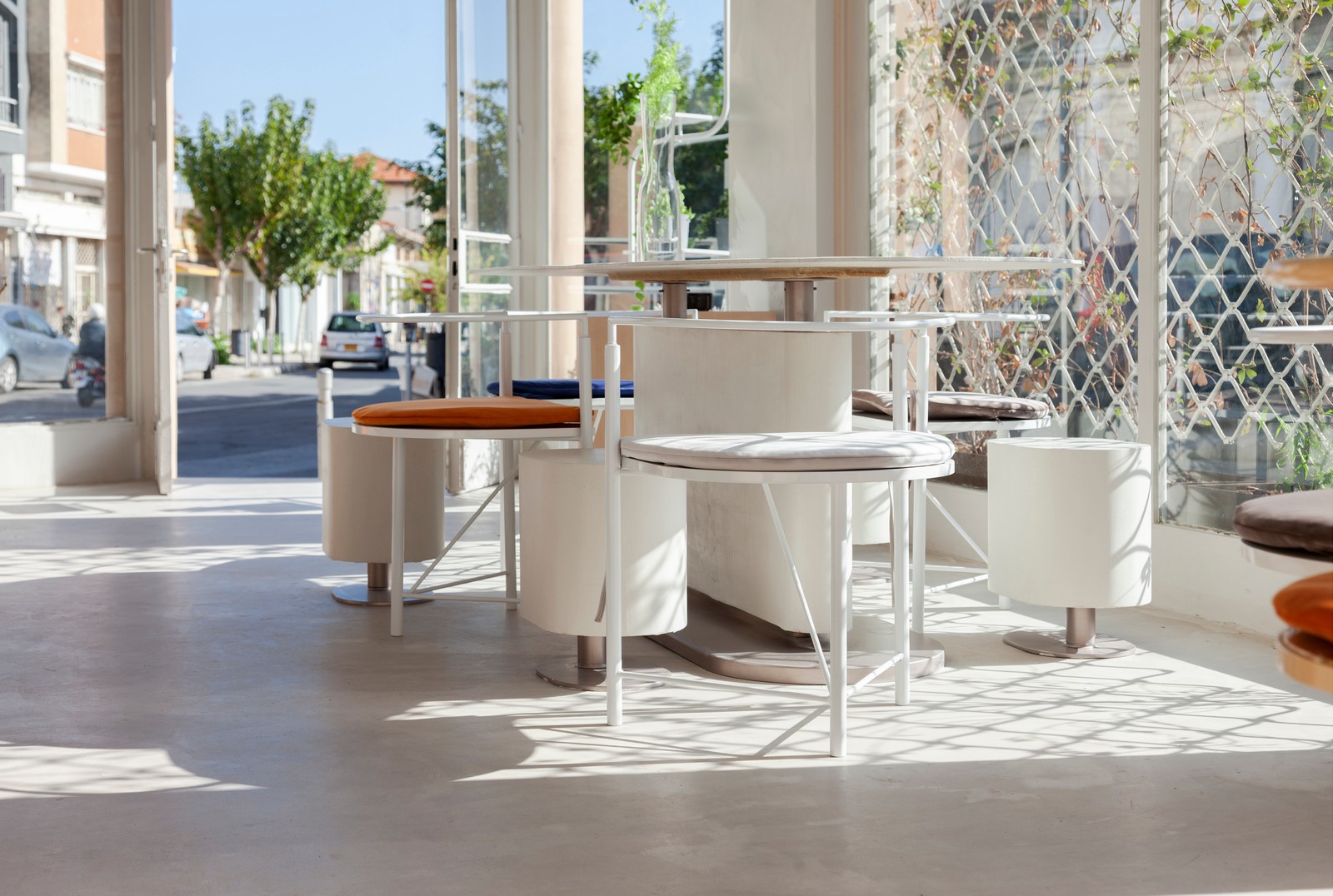 Light terracotta colour, in a different shade, is found on the fabrics used as upholstery, on the Porana sofa, and on the cushions of chairs and of armchairs. 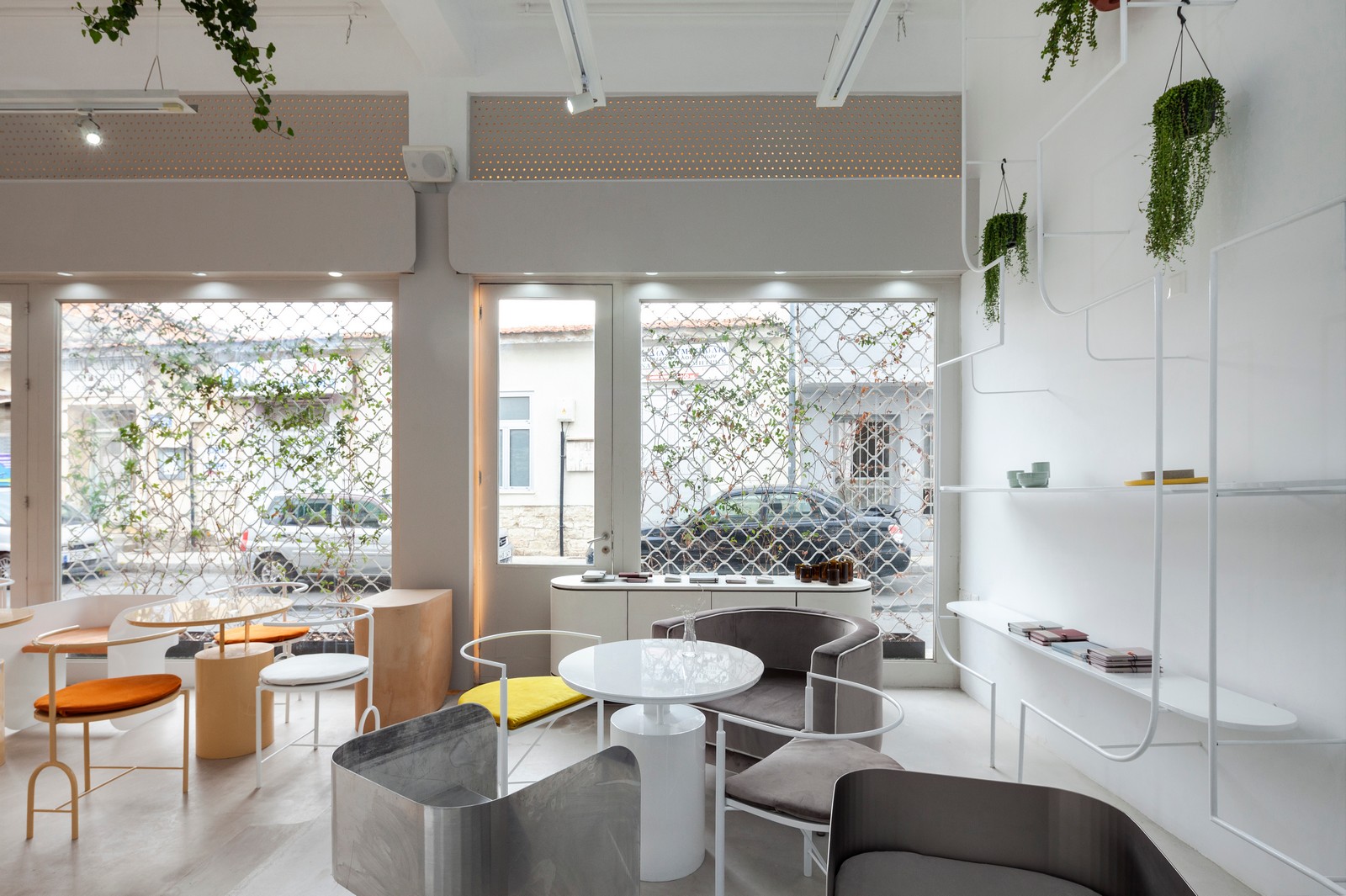 The brown and gray shades, applied to the structural elements, the window facades and the flowerbeds, connect the building externally with the Cypriot urban landscape, while the gray of the external steps, that extends to the inner floor, acts as a material connecting the exterior with the interior.

The integration of the interior with the exterior and with the immediate urban environment, is achieved organically through a total of five doors, two on each side and one in the circular arch of the space. In such an asymmetrical floor plan, each of these five doors makes a distinctive impression. 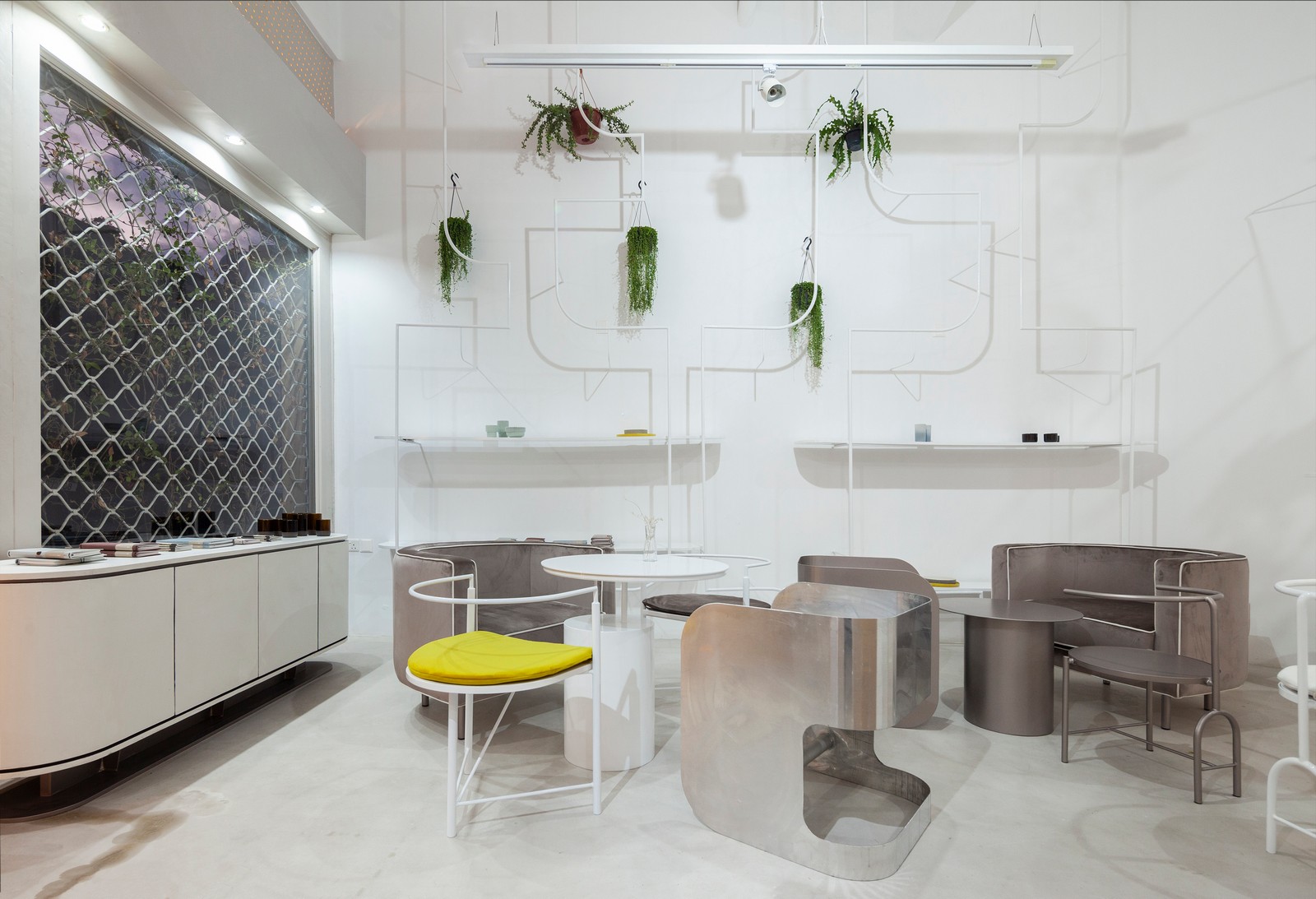 The white of the interior walls and of the high ceiling is also found in a glossy texture in many of the furniture, and more prominently in the perforated stands with the steel frames, formed by polygonal chains of straight sections and circular arches, that start from the floor and end at the ceiling. 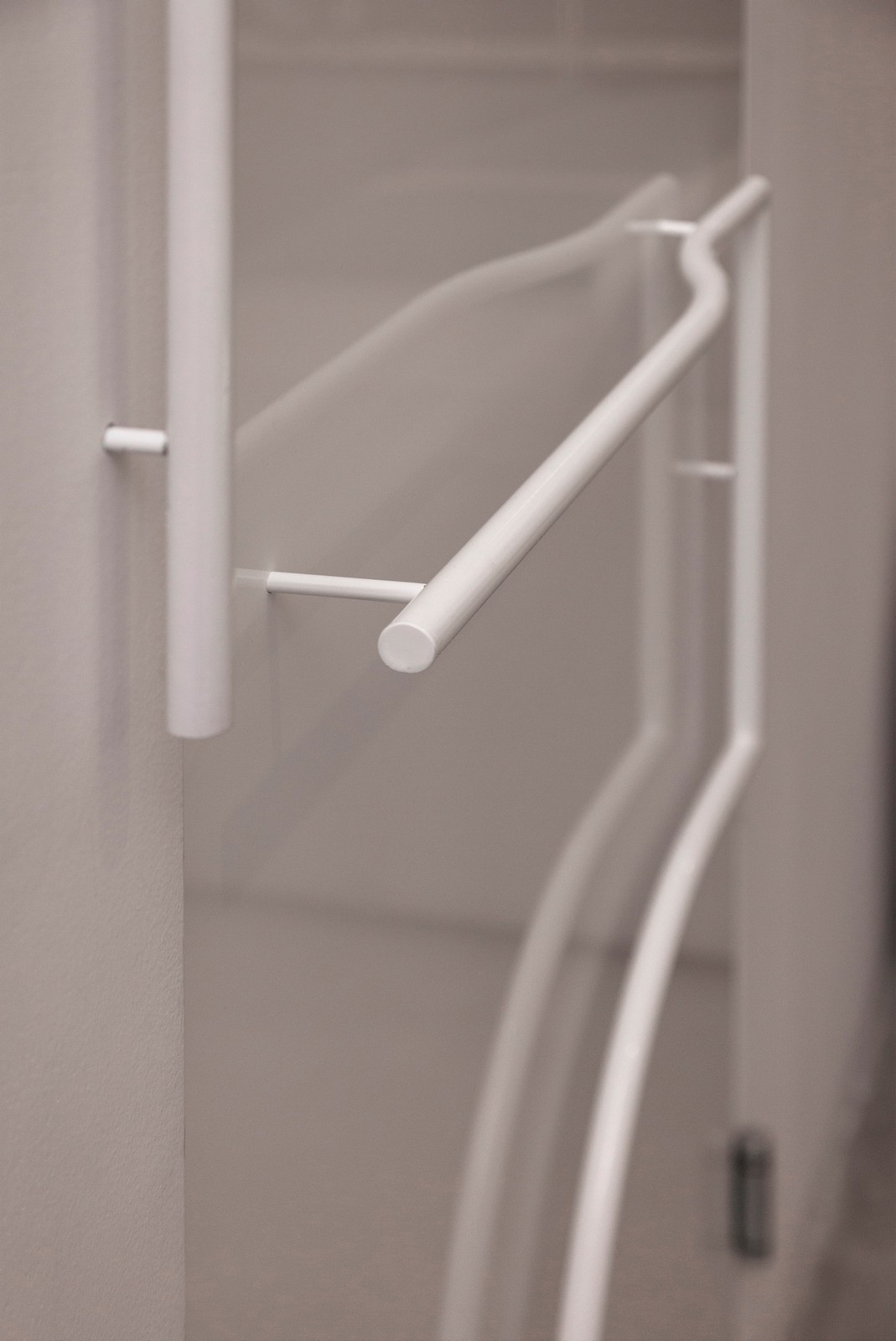 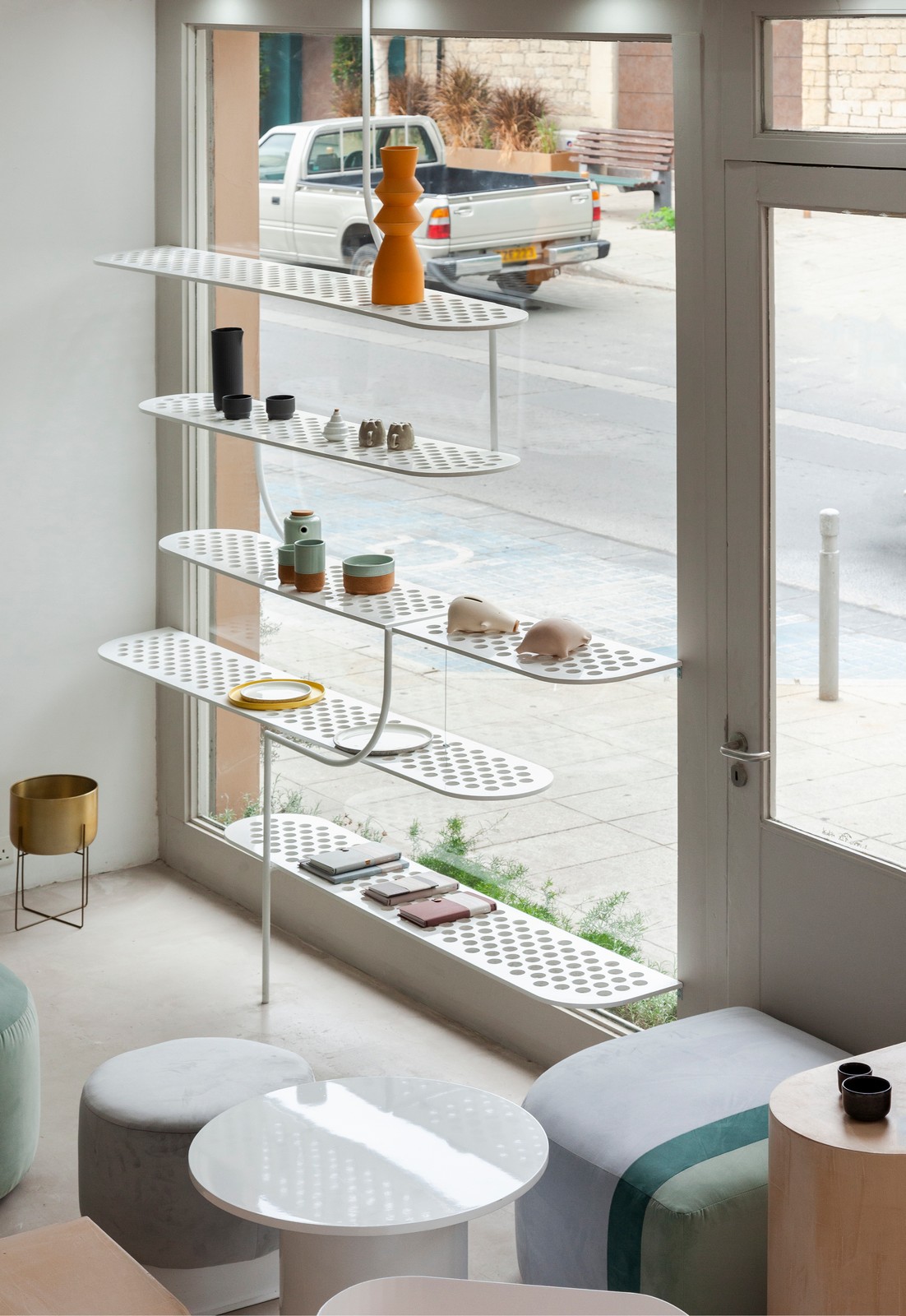 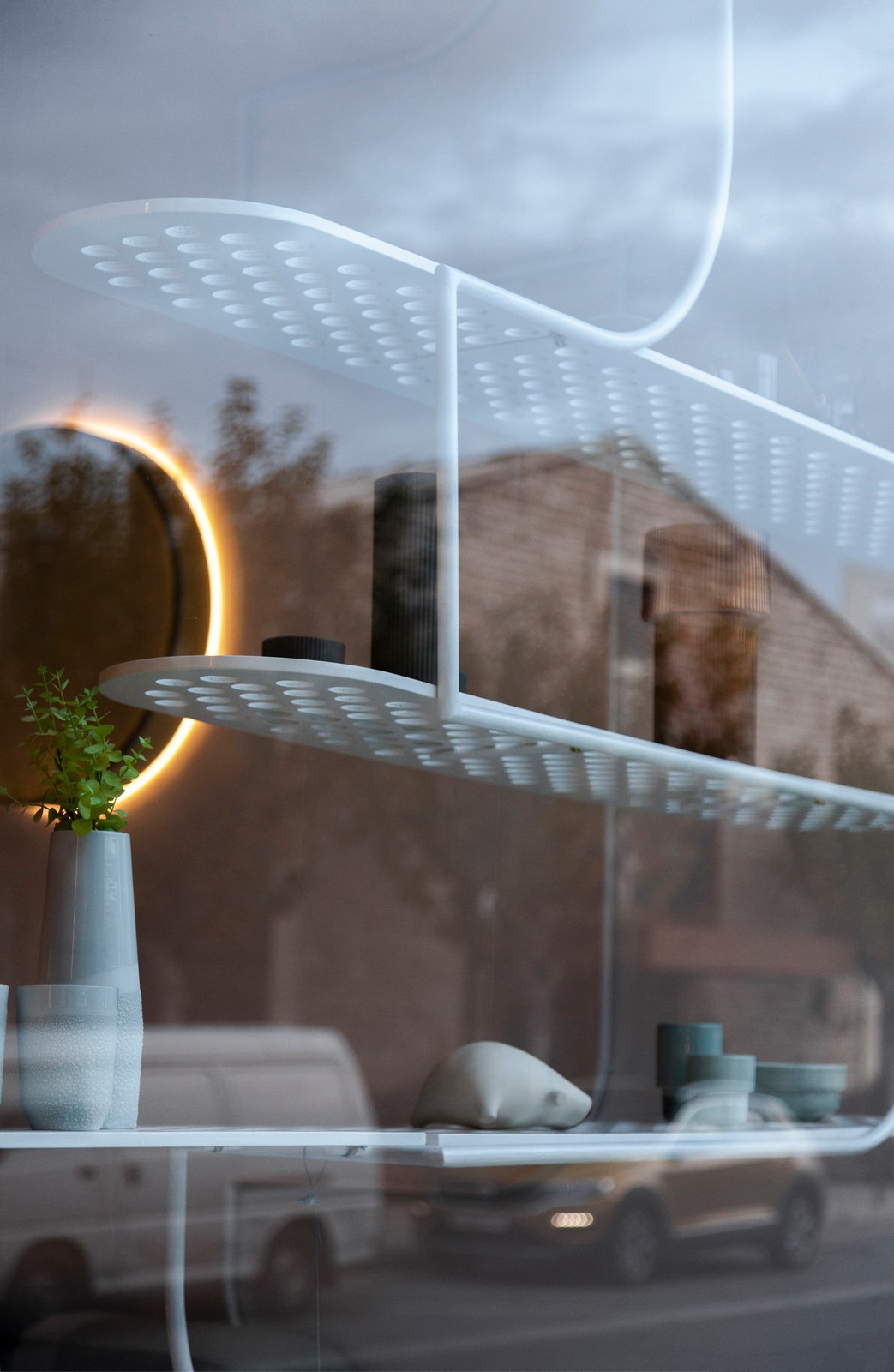 The design principle of the movable furniture matches with that of the entire space, that is, the alternation between textures, colors and volumes, with minimal lines and the earthy color palette being a common attribute. 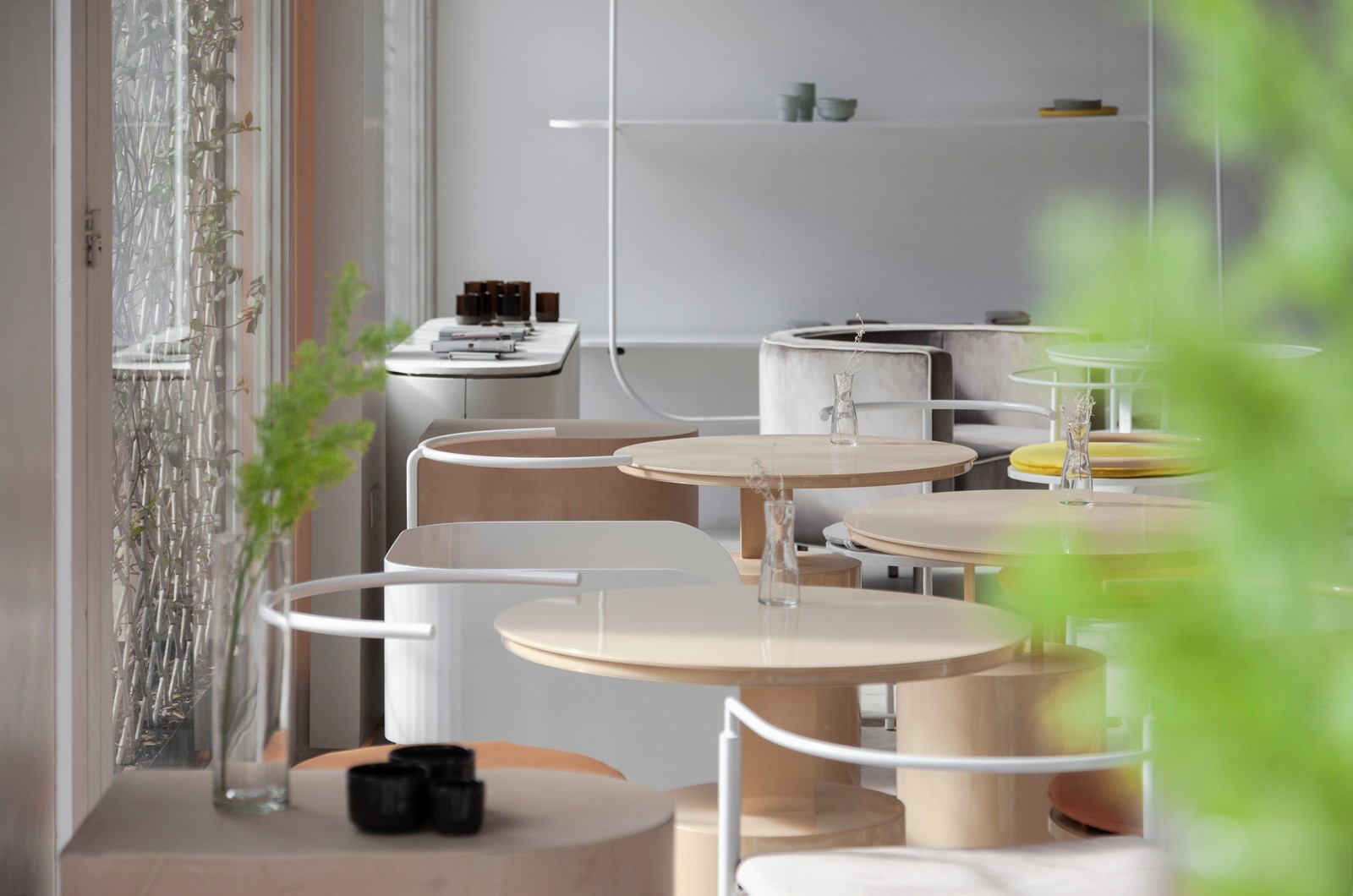 The colour palette is comprised by colours of the Cypriot urban and natural landscape, in tones and textures that oftentimes refer to Scandinavian or to Korean minimalism. The green element, which also renders the space more earthy, encloses the building on the outside, while on the inside, succulents are suspended from the ceiling. 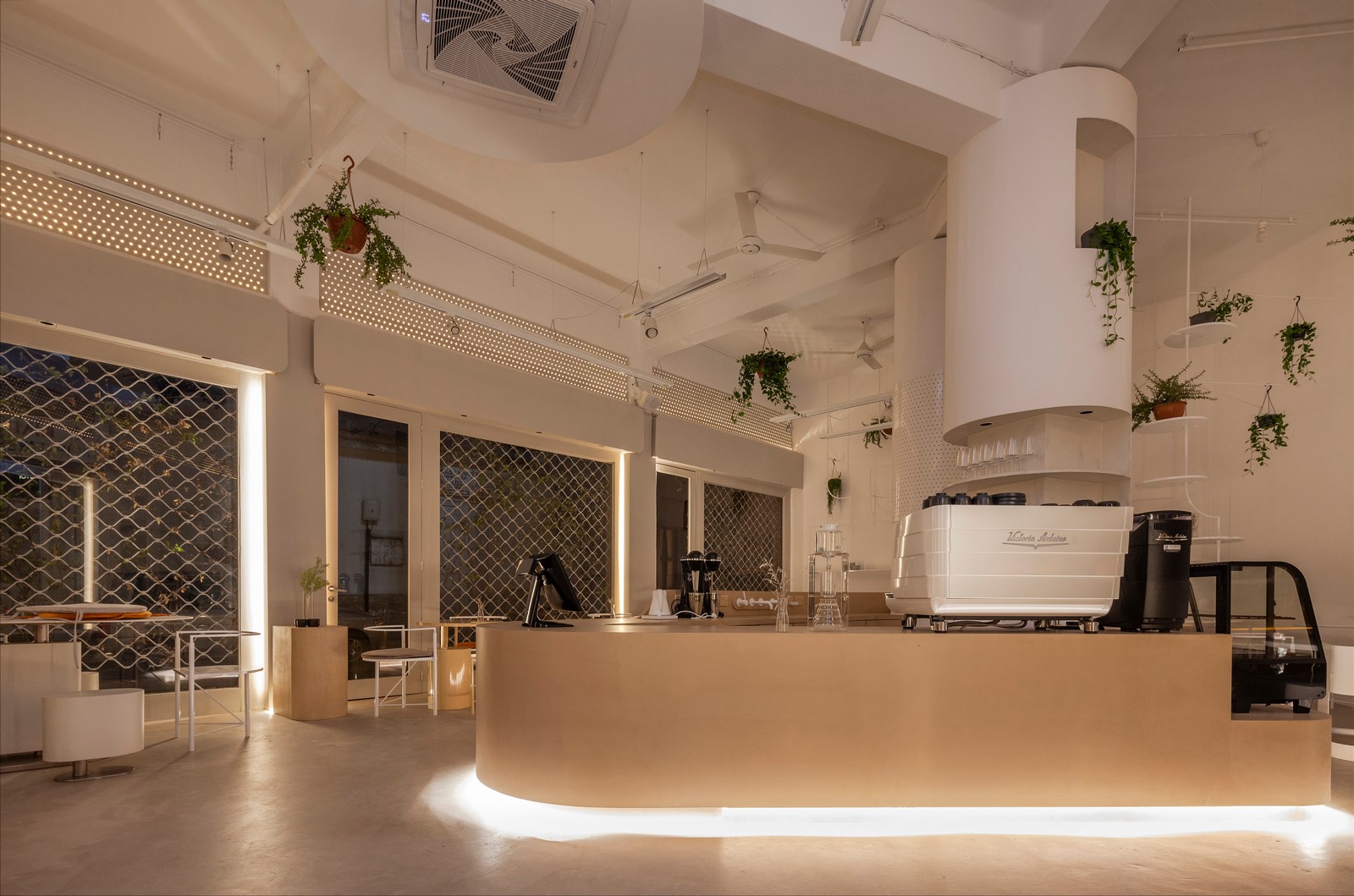 The artificial lighting is mainly hidden, and is used more as a background element of the night scene, emphasising the space’s basic structural elements. 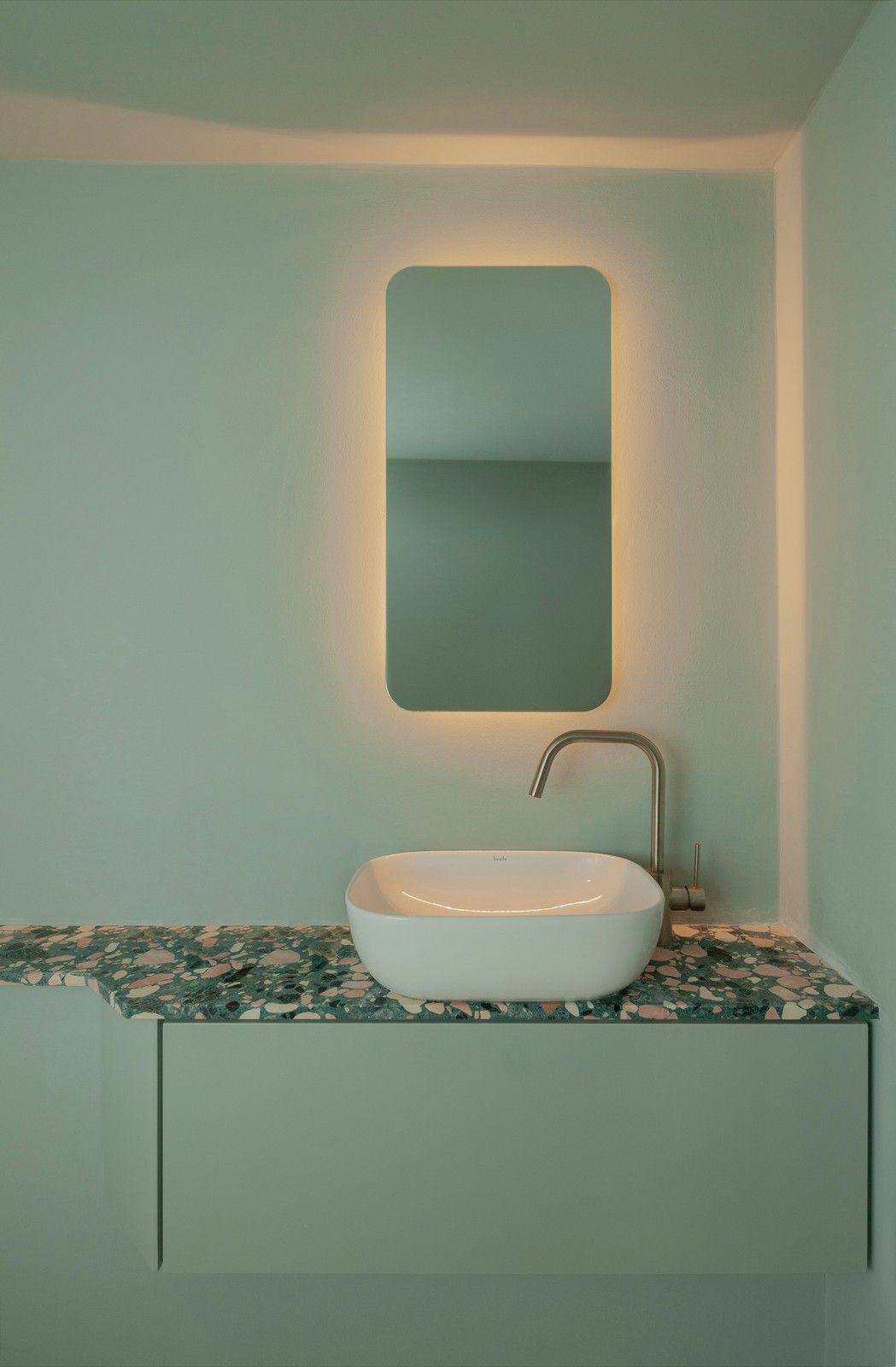 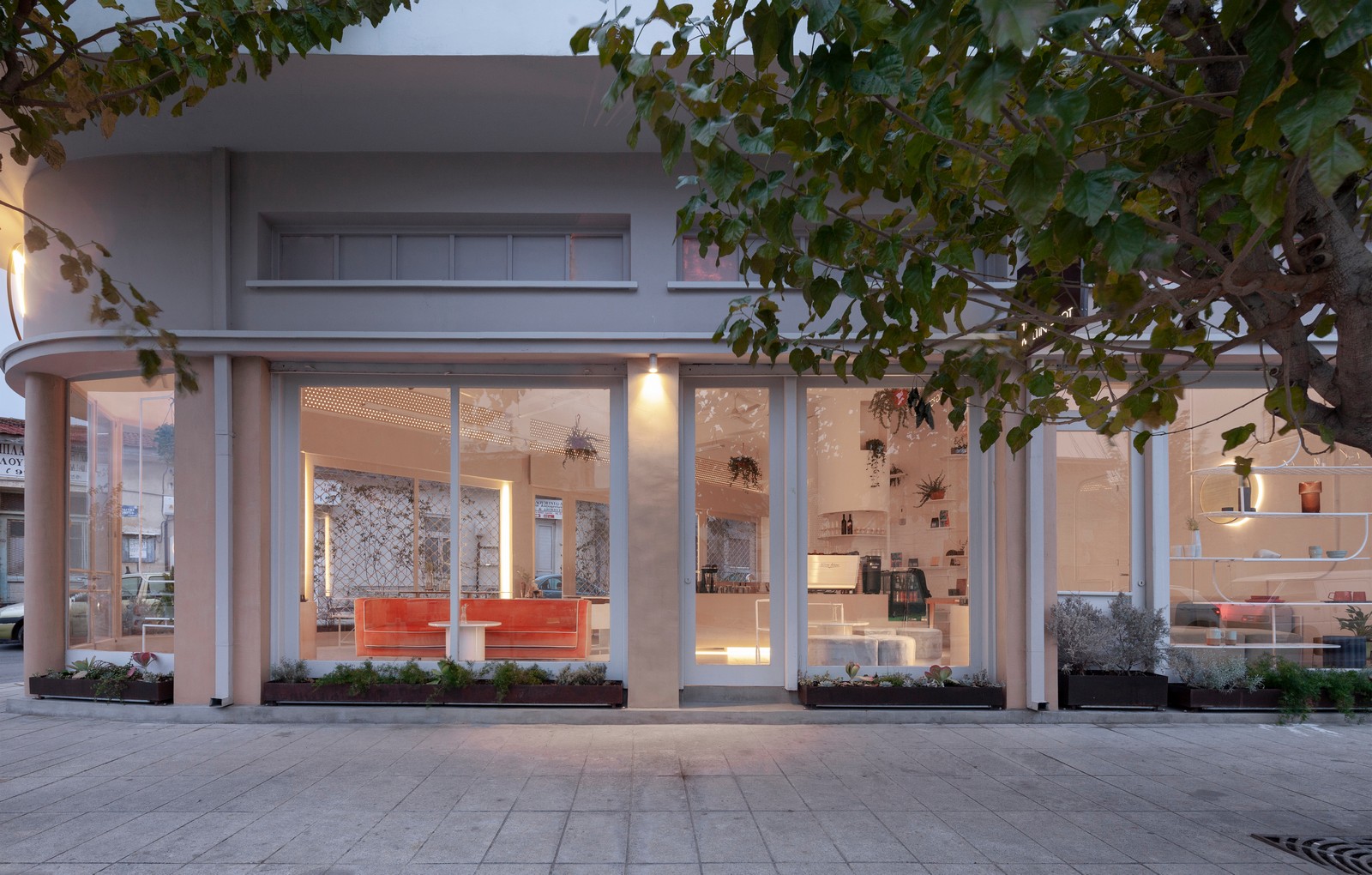 Office building in Vrilissia by Charis Athanasopoulou, and Athina Theodoropoulou | nominated for the Hellenic Institute of Architecture award