gon architects transformed an early 21st century single-family house to a collective housing unit, with both common spaces and private rooms. Dozen doors is “residential solution”, a project that aims to answer to the housing crisis, satisfying the need of young people for a house and an alternative to family life. 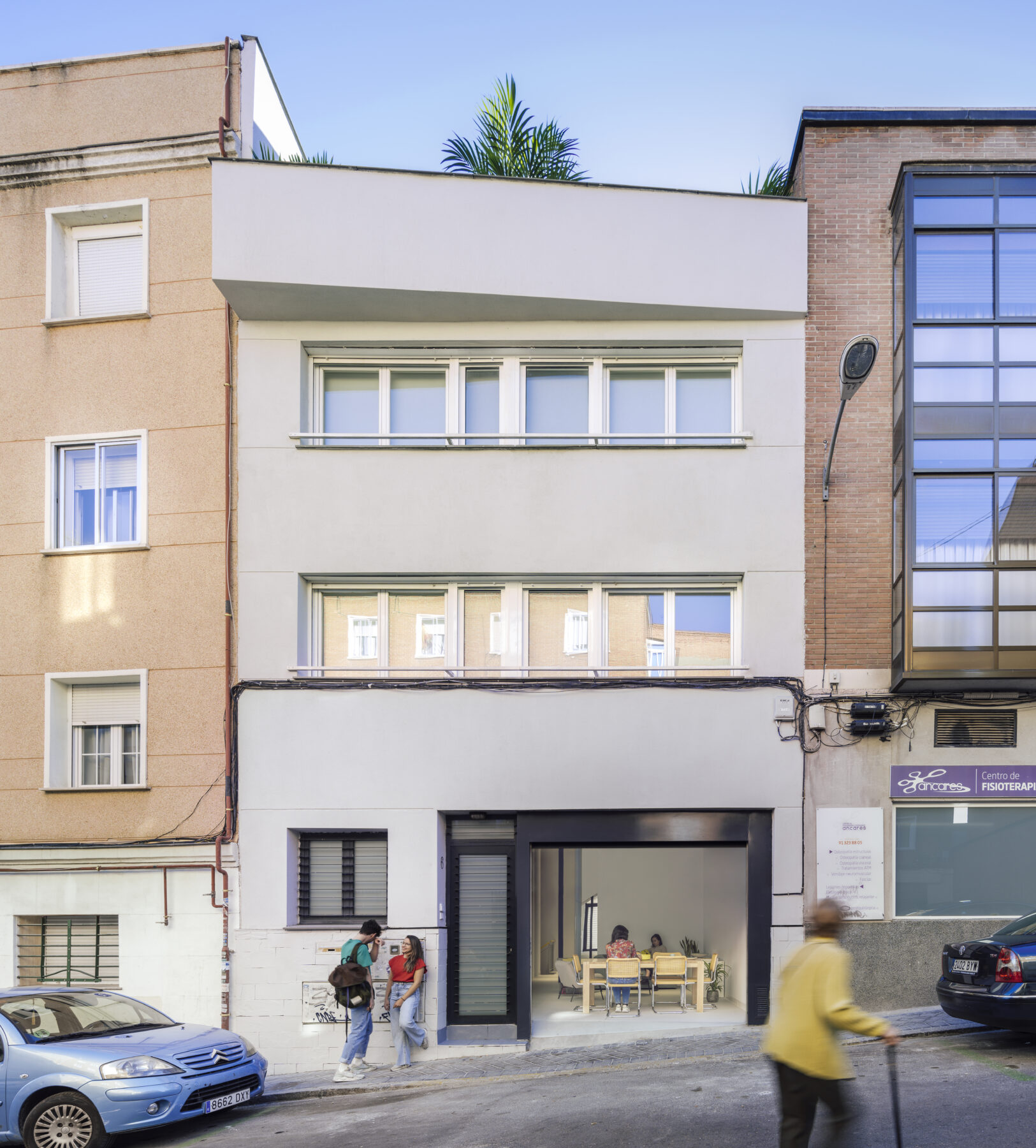 Shared living resources has become a common practice in recent decades in the social group from the age of 18 onwards. This sector of the population, basically students and travellers, finds in this form of shared domesticity an alternative to family life. A space and a time where collective action is developed, which favours both economy and sociability, compatible with the desire of people to become independent. And all in the same building. 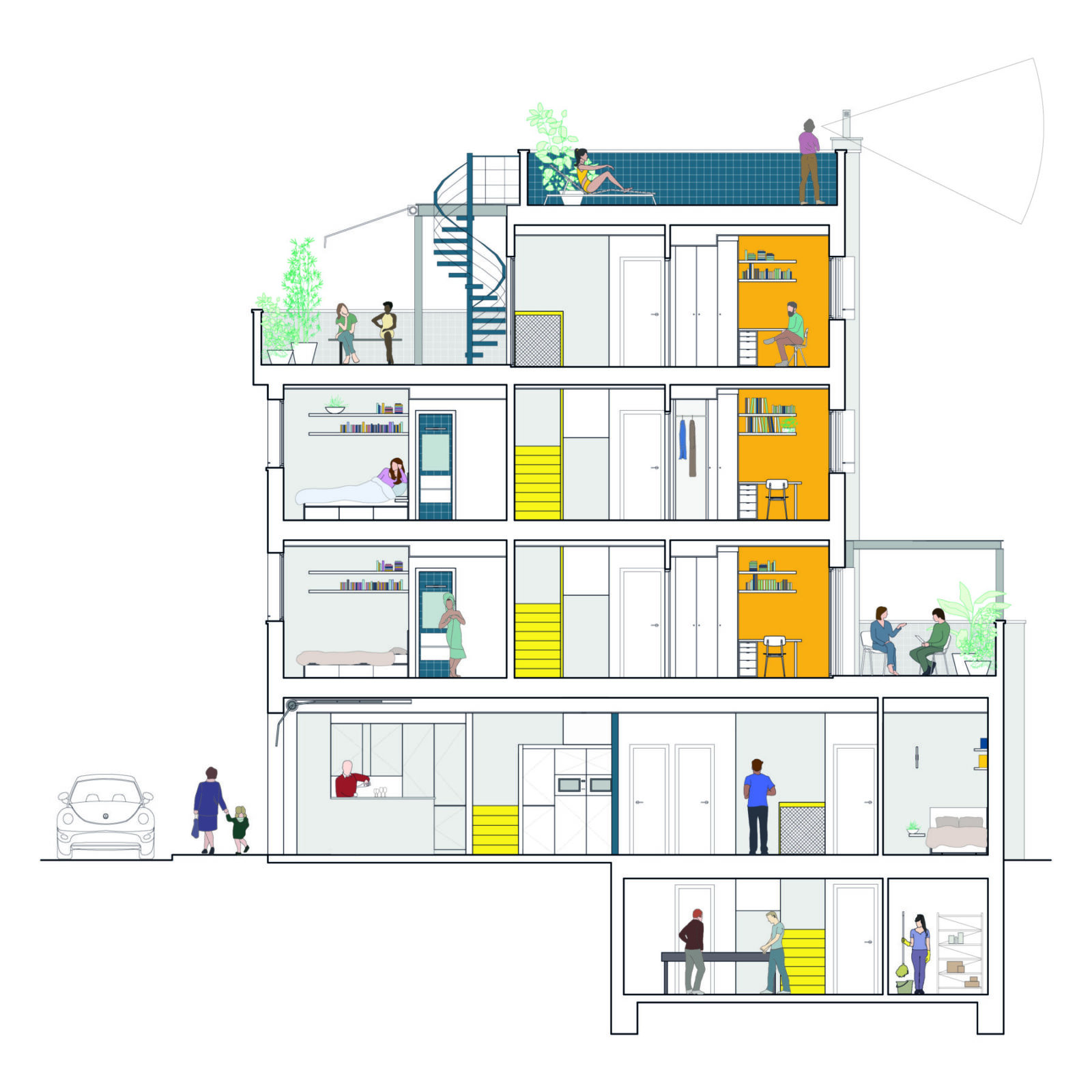 dozen doors is the result of the transformation of an early 21st century single-family house with five floors above ground and a basement, located in the multicultural neighbourhood of Tetuán in Madrid, into a co-living where 12 university students, coming from all over the world to do a master’s degree, live together for a period of one year in the capital. 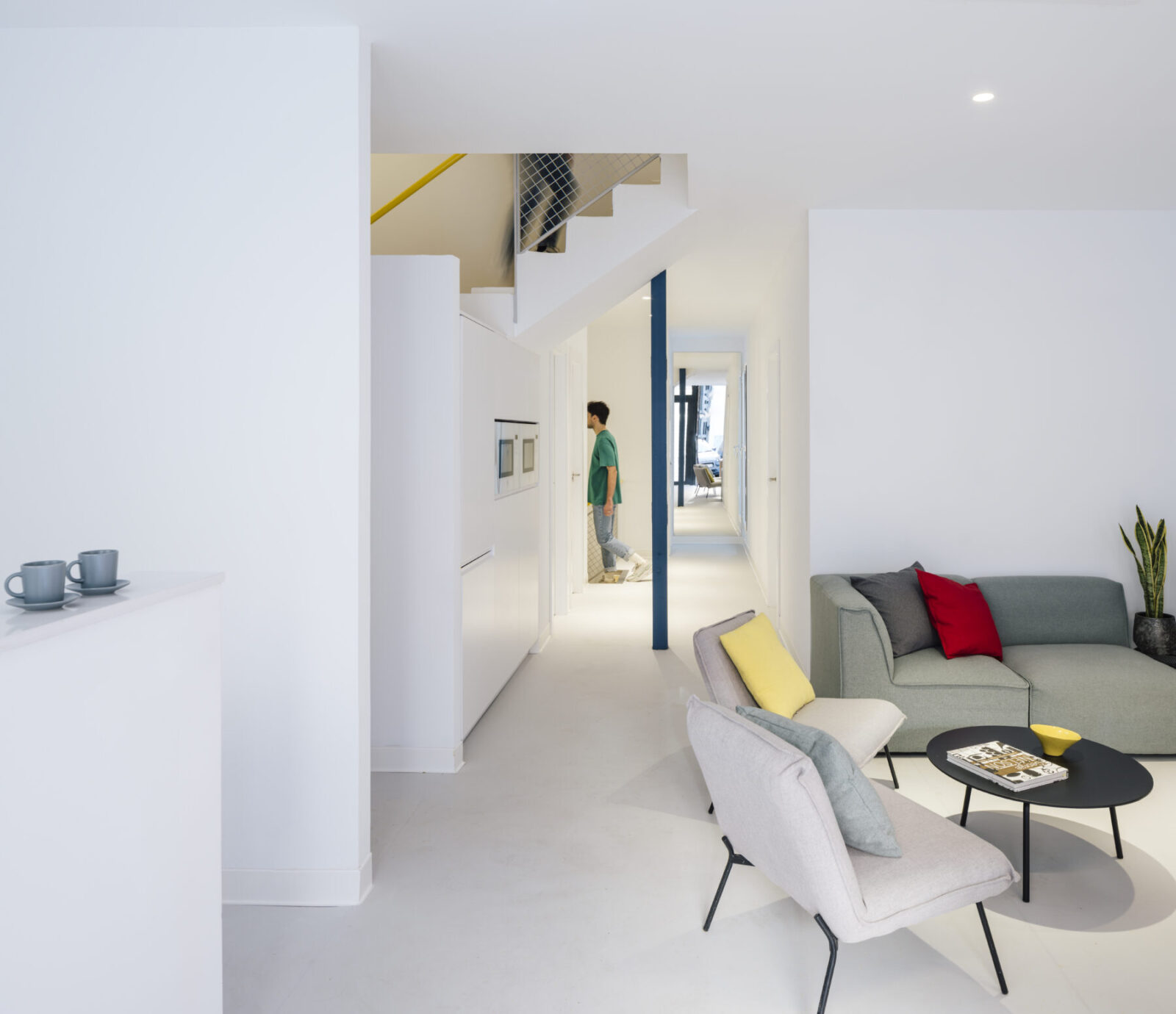 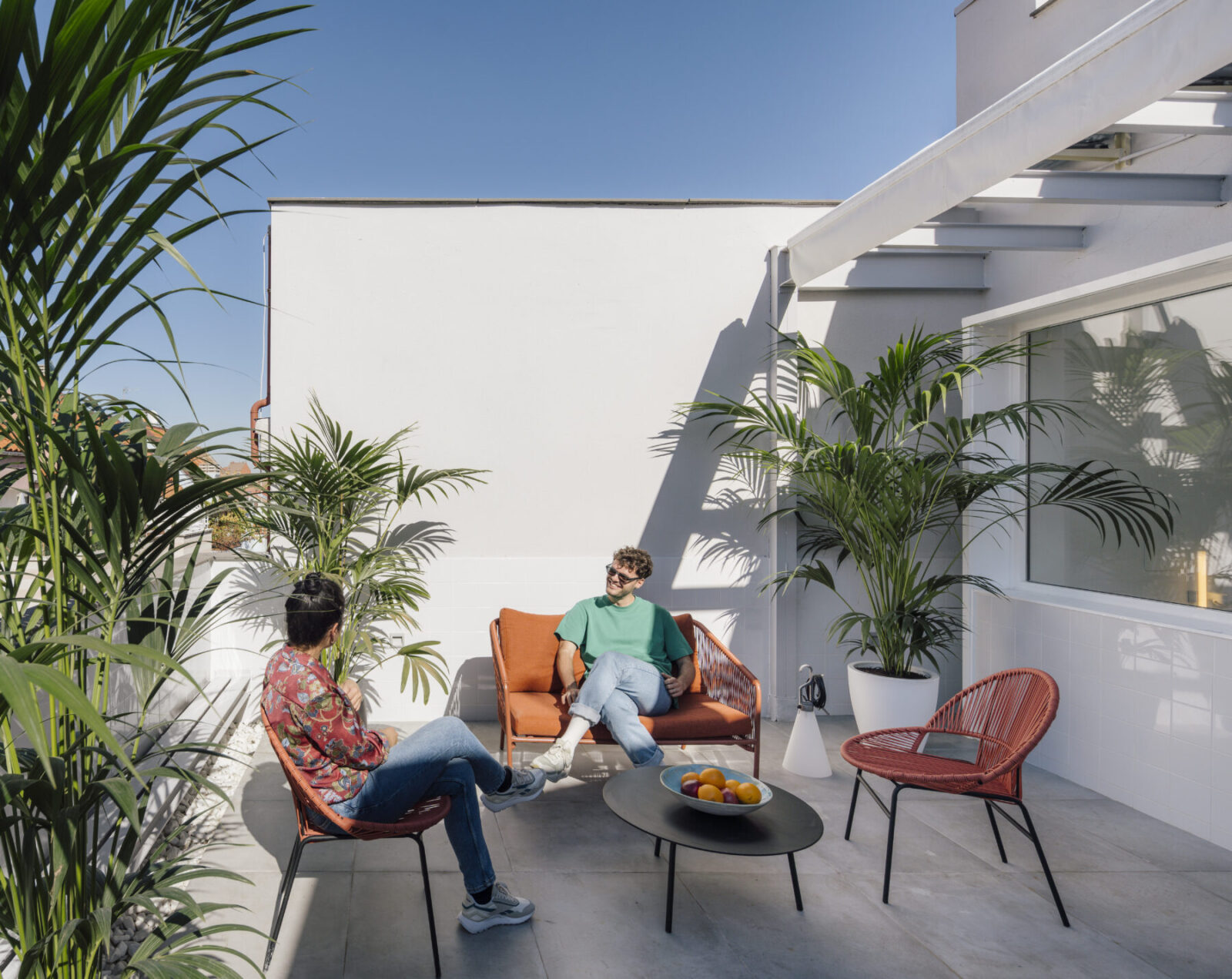 The project is an urban interior structure, dedicated to accommodate people united by similar life positions that favour coexistence, while at the same time leaving space for the sphere of individuality. To this end, the general organisation of the built volume, conceived both in plan and in section, is articulated around a staircase strategically placed in the centre of the building, which, while establishing the vertical circulations of the co-living, distributes and organises horizontally both the common and private spaces. 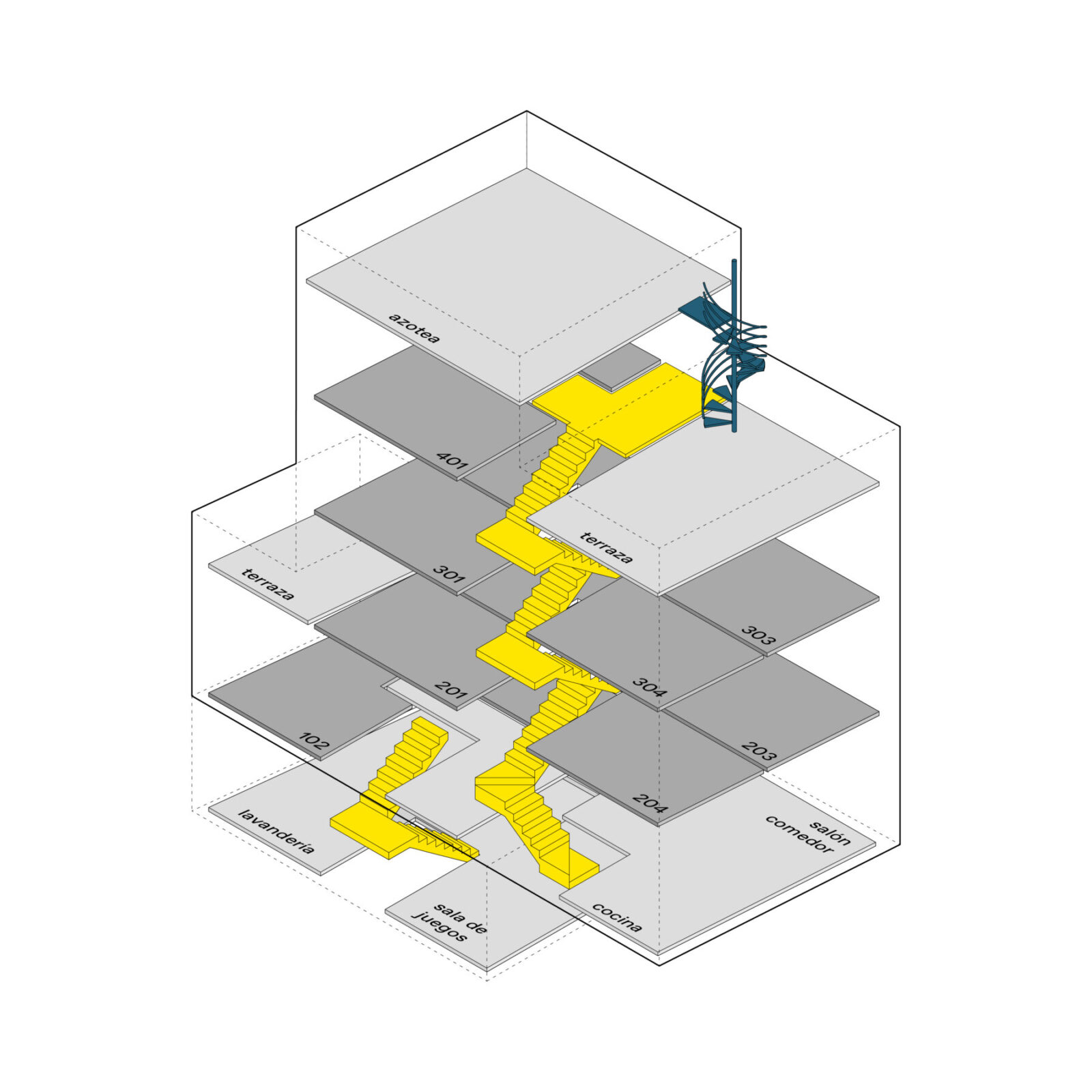 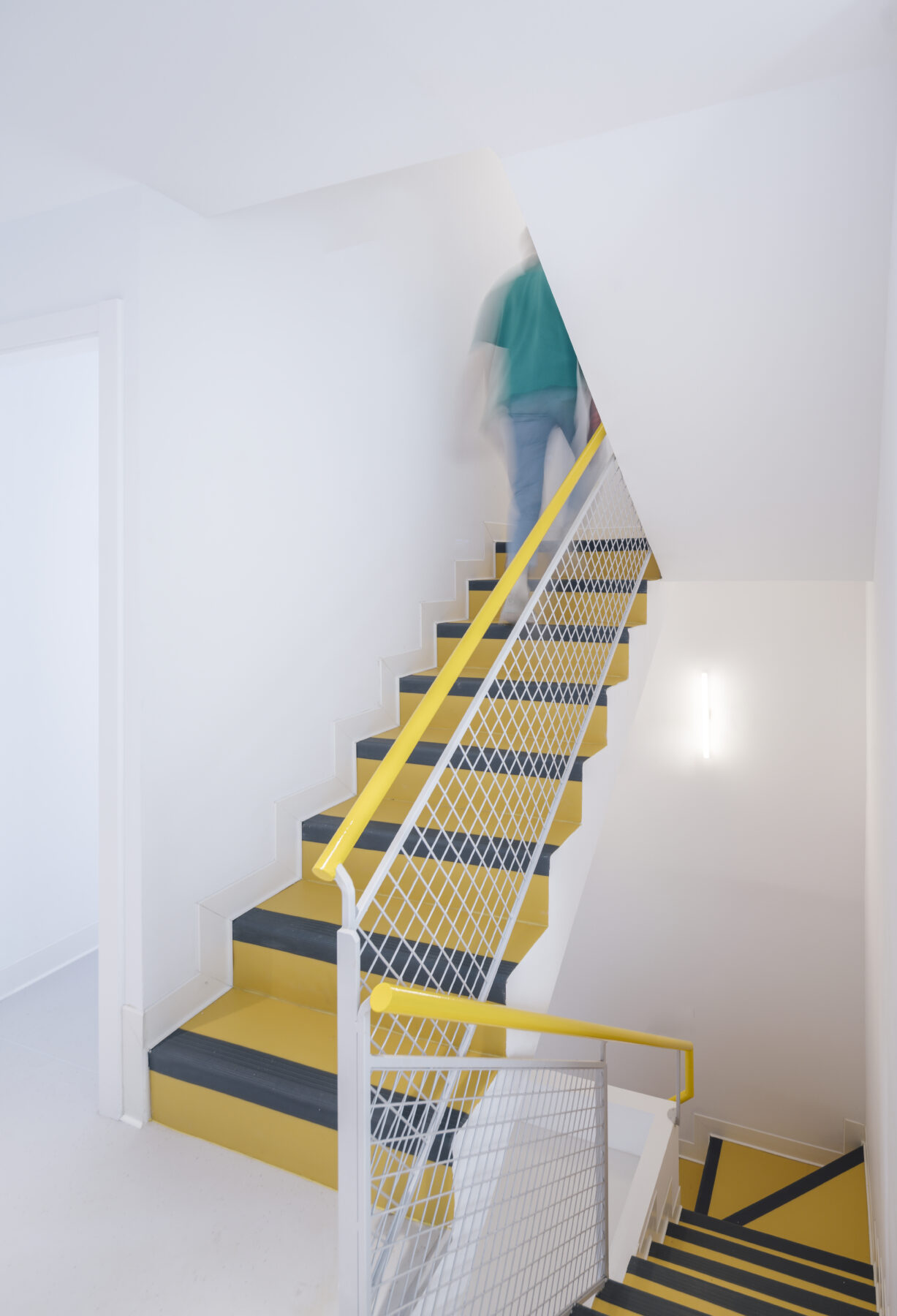 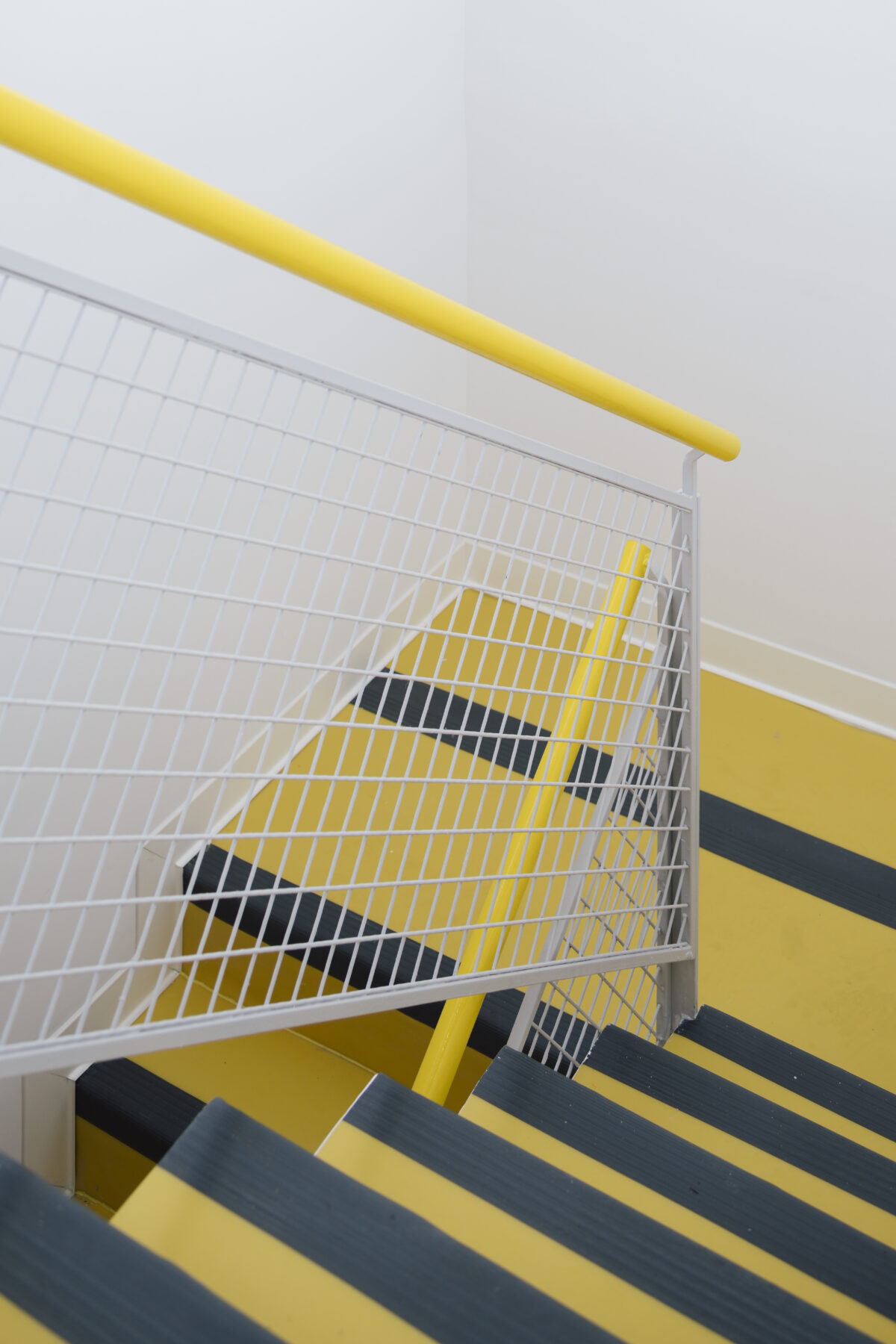 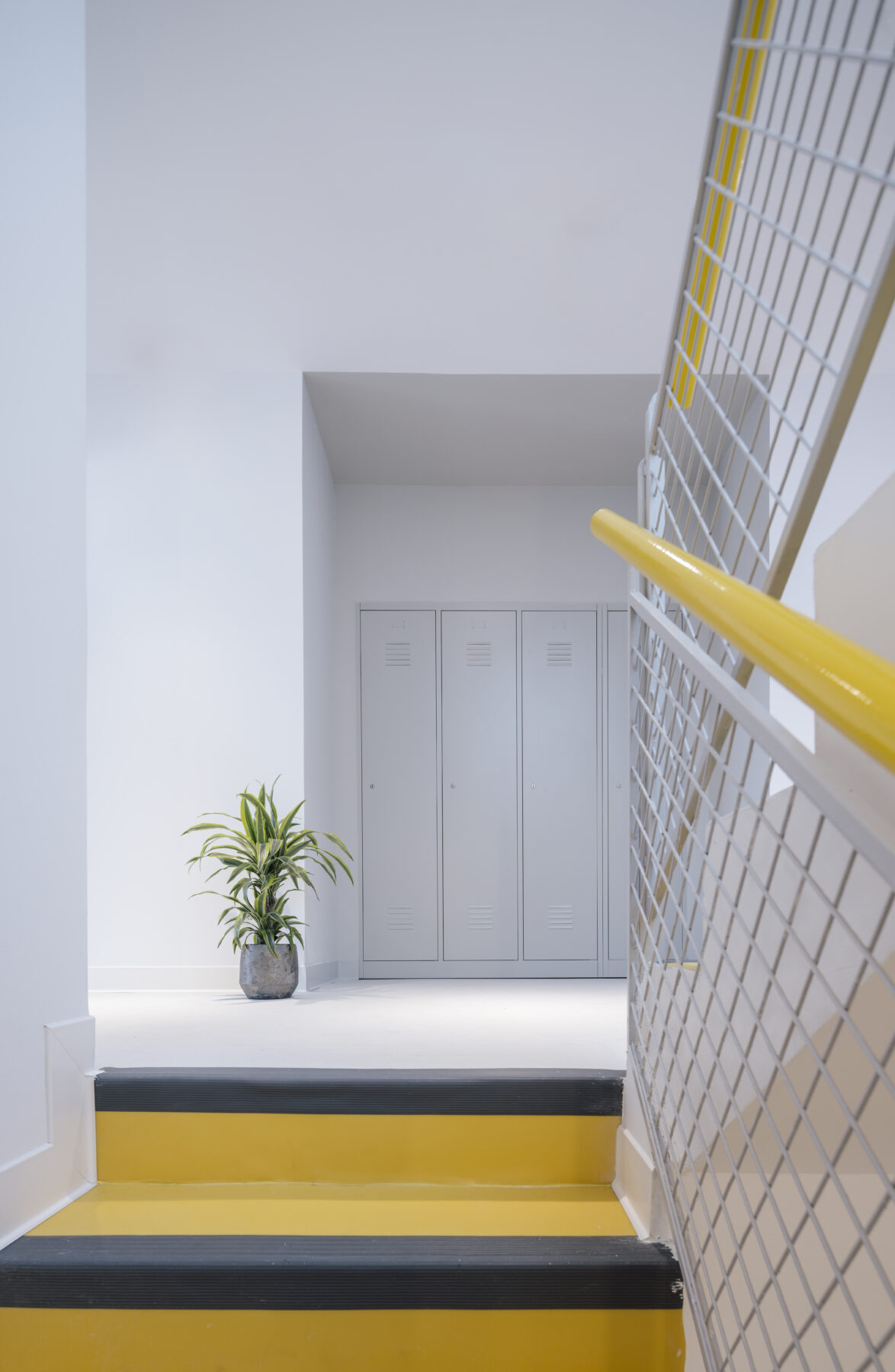 From the collective point of view, there is a diversity of indoor and outdoor communal spaces distributed throughout the building, where different types of equipment are shared. From the communal kitchen, dining room or living room where to watch the FIFA World Cup or the latest music video trends on the ground floor, or the games room in the basement, where the laundry room is also located, to the south-facing terraces where to sunbathe overlooking the Madrid skyline, on the fourth and fifth floors, passing through each of the landings on each level, where, next to the lockers, more unexpected interactions can take place. In short, these public spaces are projected as indeterminate places that facilitate encounters and conversation. 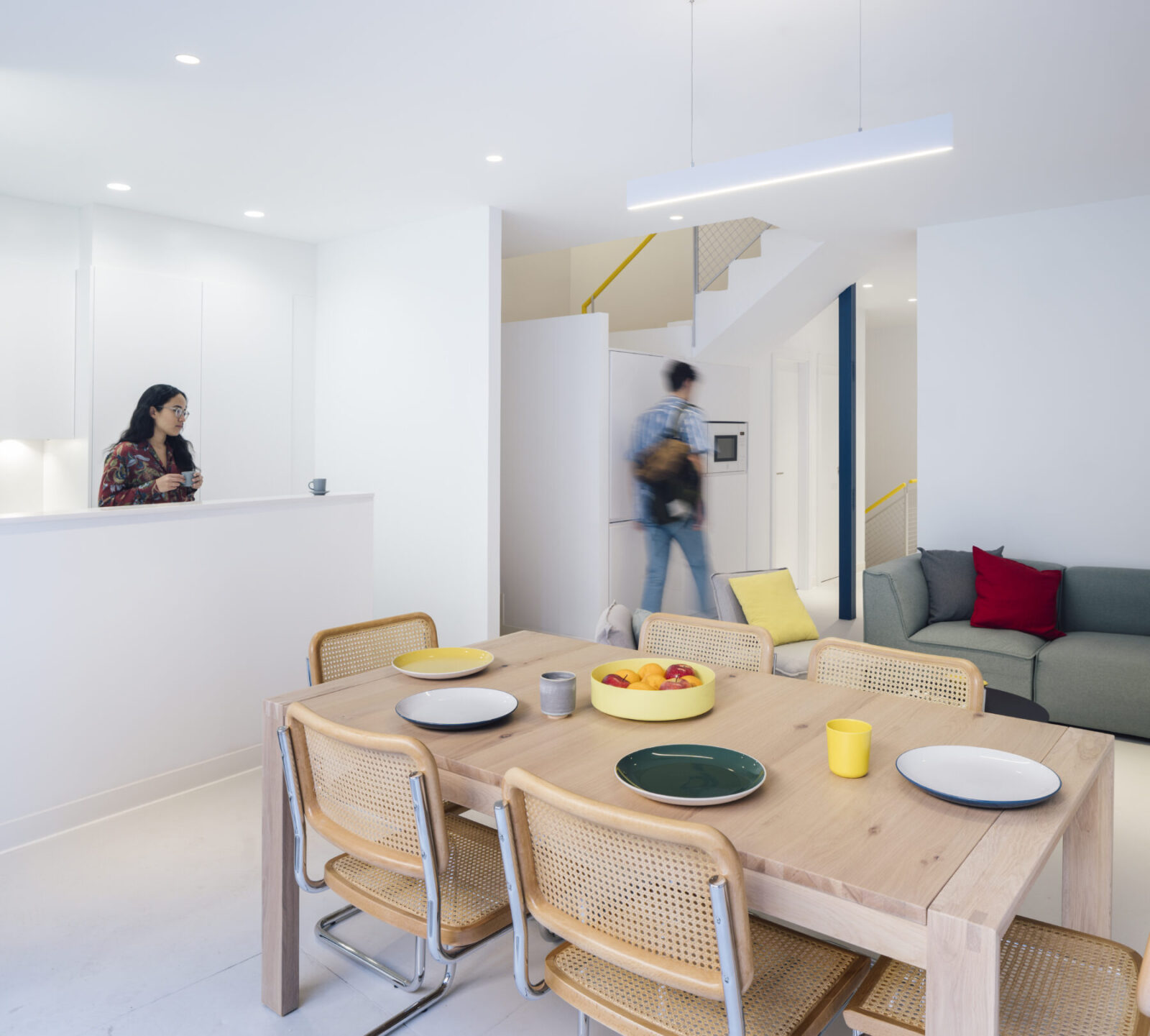 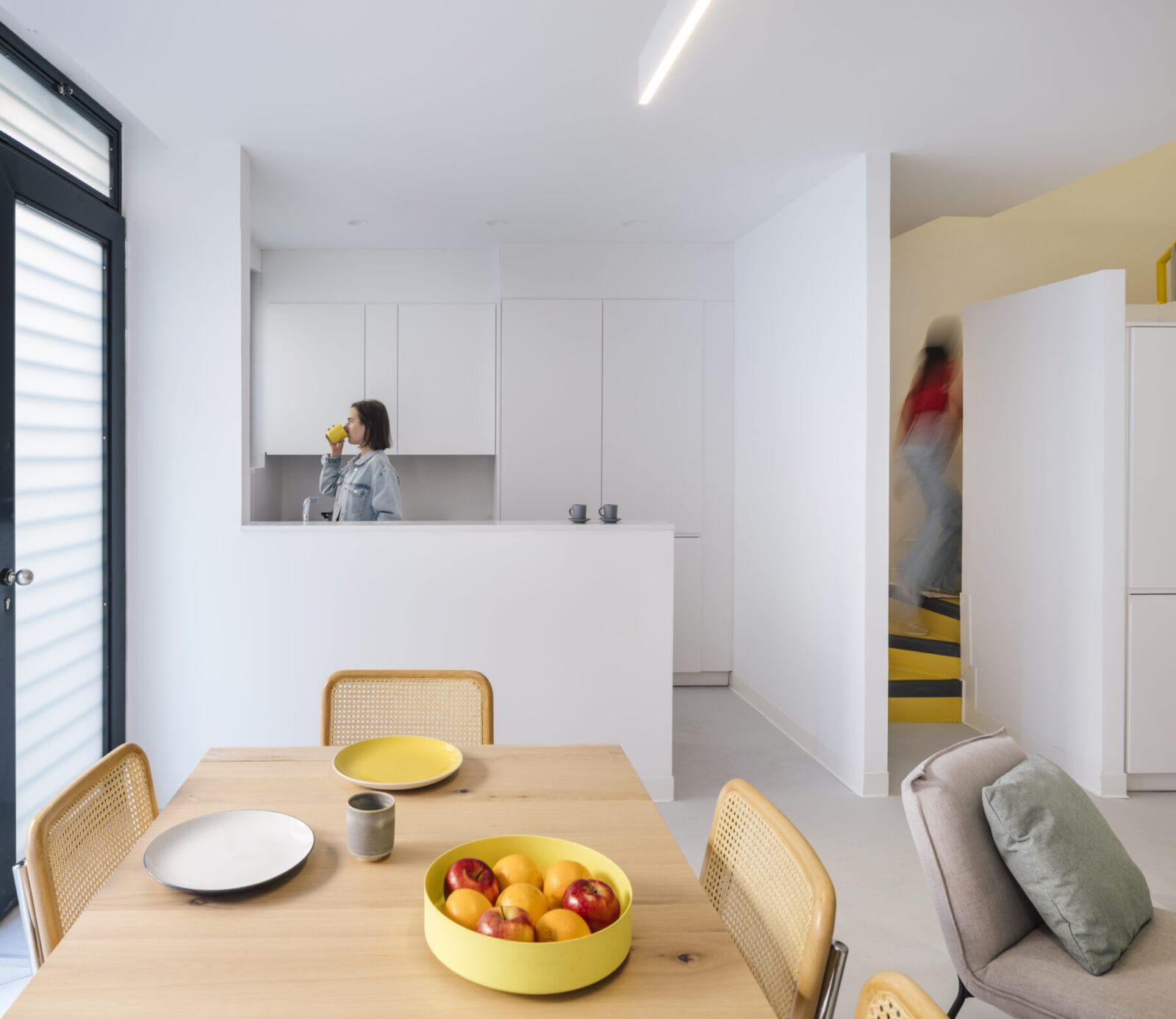 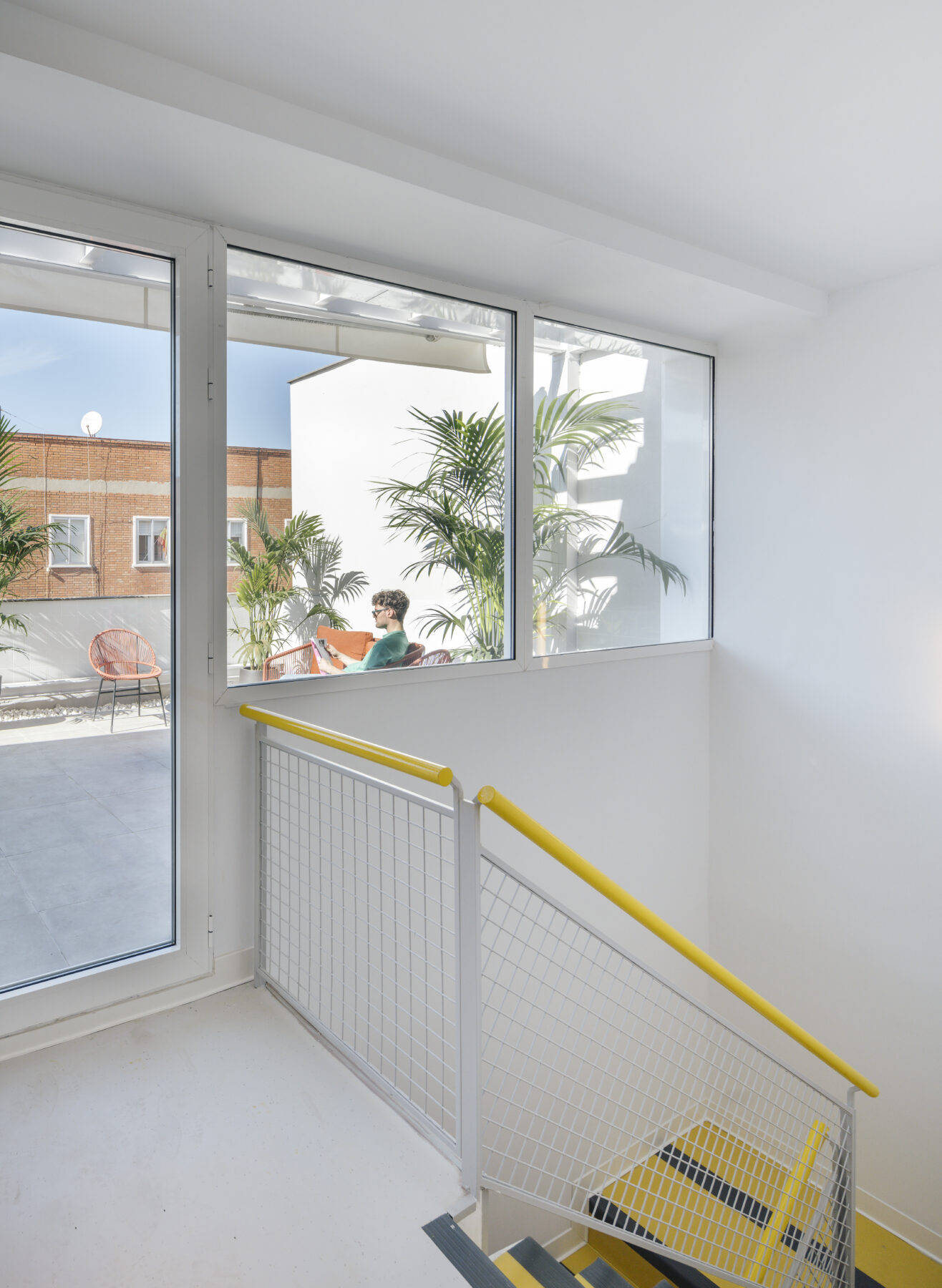 The private rooms, unlike the common spaces, are projected as variations on the same type, all the same and at the same time different. They are the places where the personal worlds of each student can evolve. They contain, in 10-12m2, all the necessary elements for hygiene (bathroom), rest (bed) and work (study area). 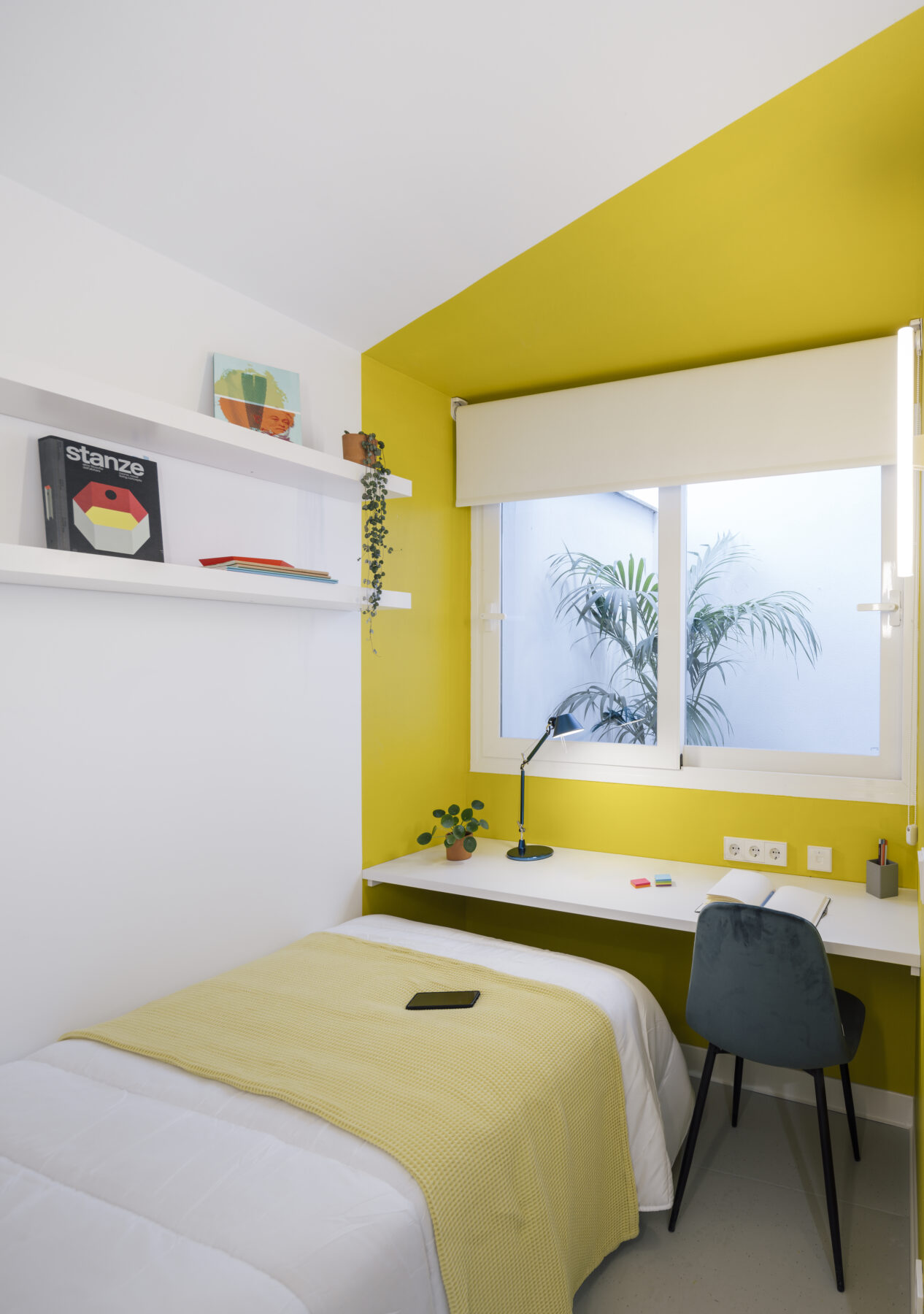 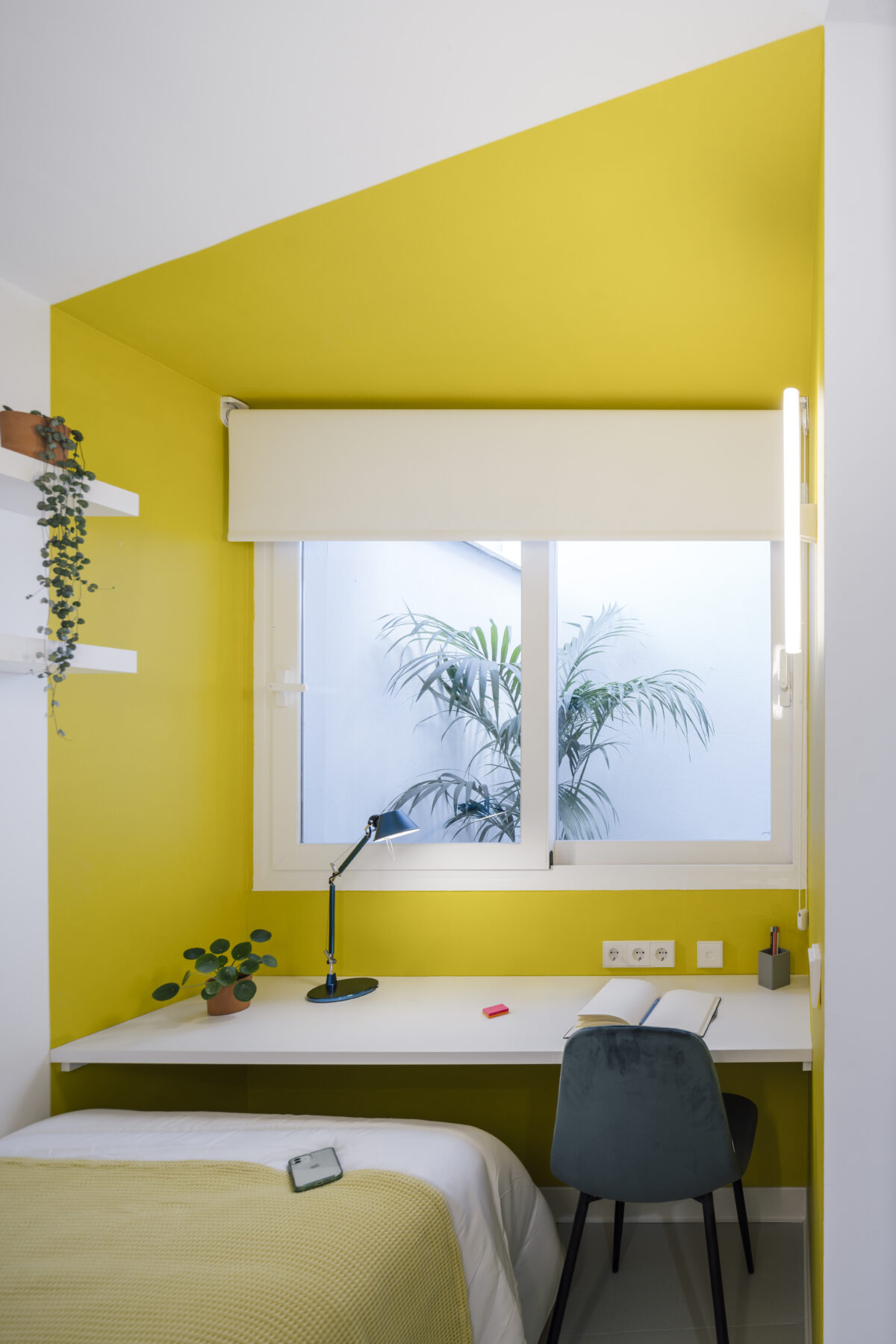 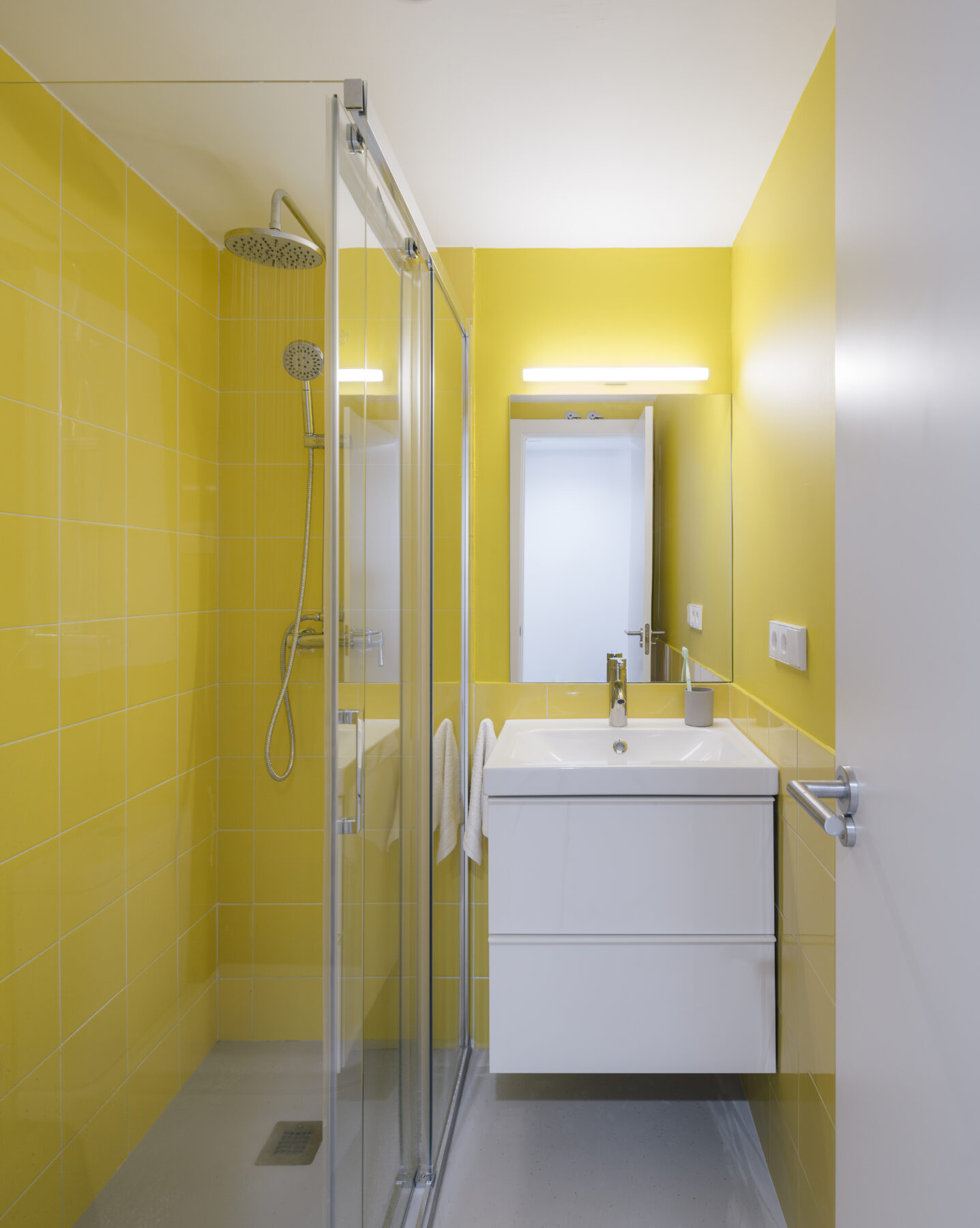 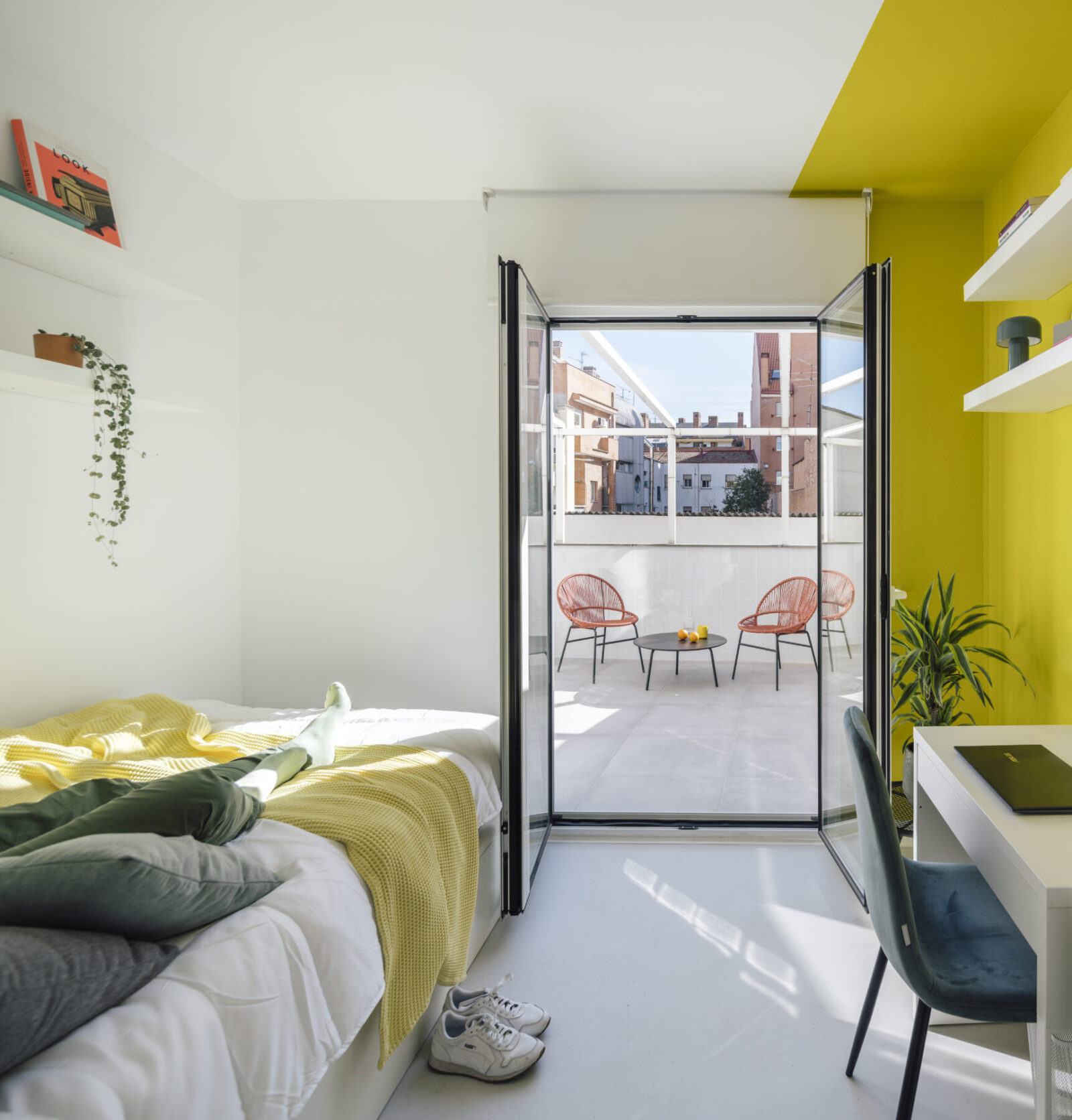 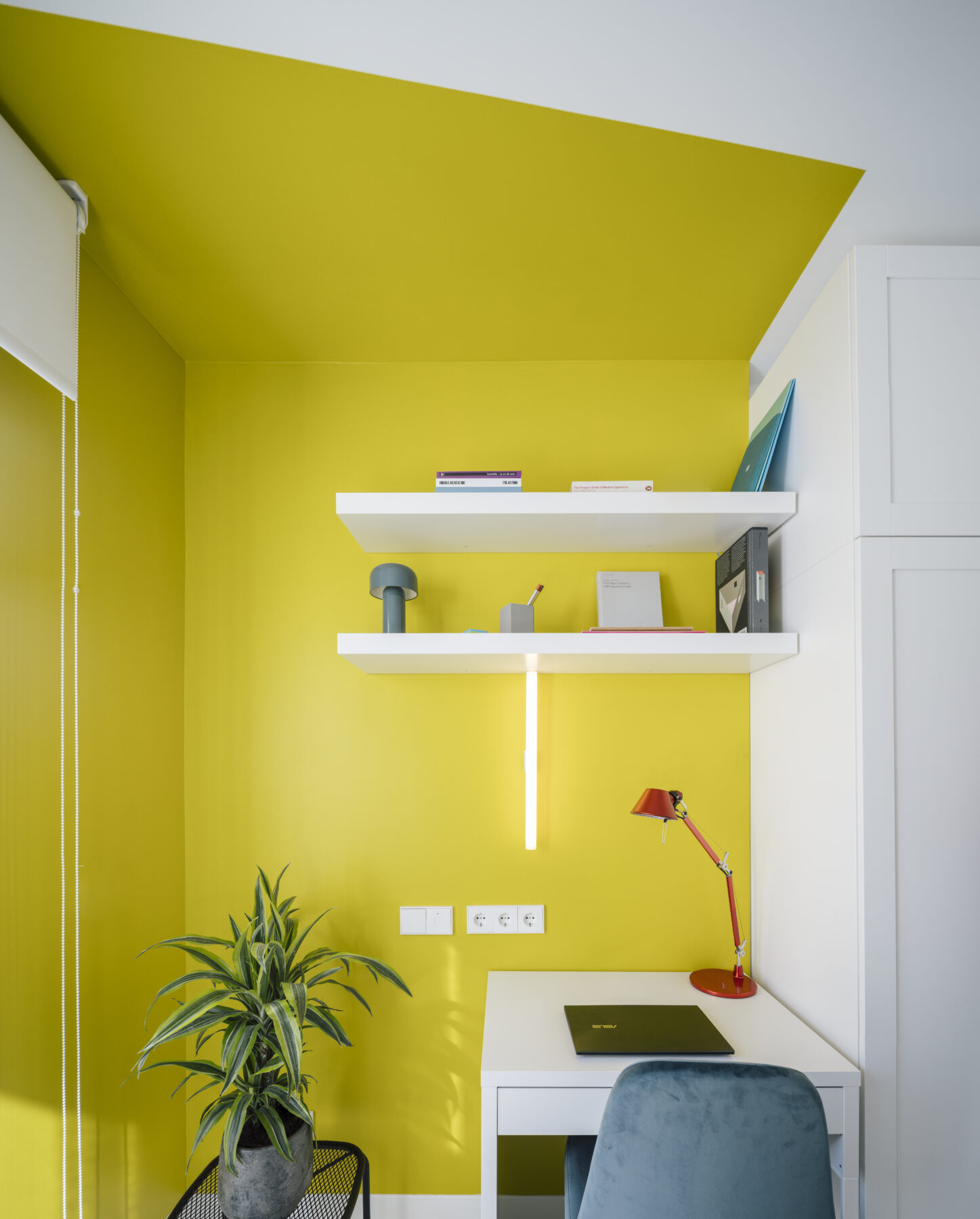 The use of color, as in the case of the study area and the bathroom, chosen according to each orientation, serves to differentiate these areas from the rest of the room and hierarchize them spatially. 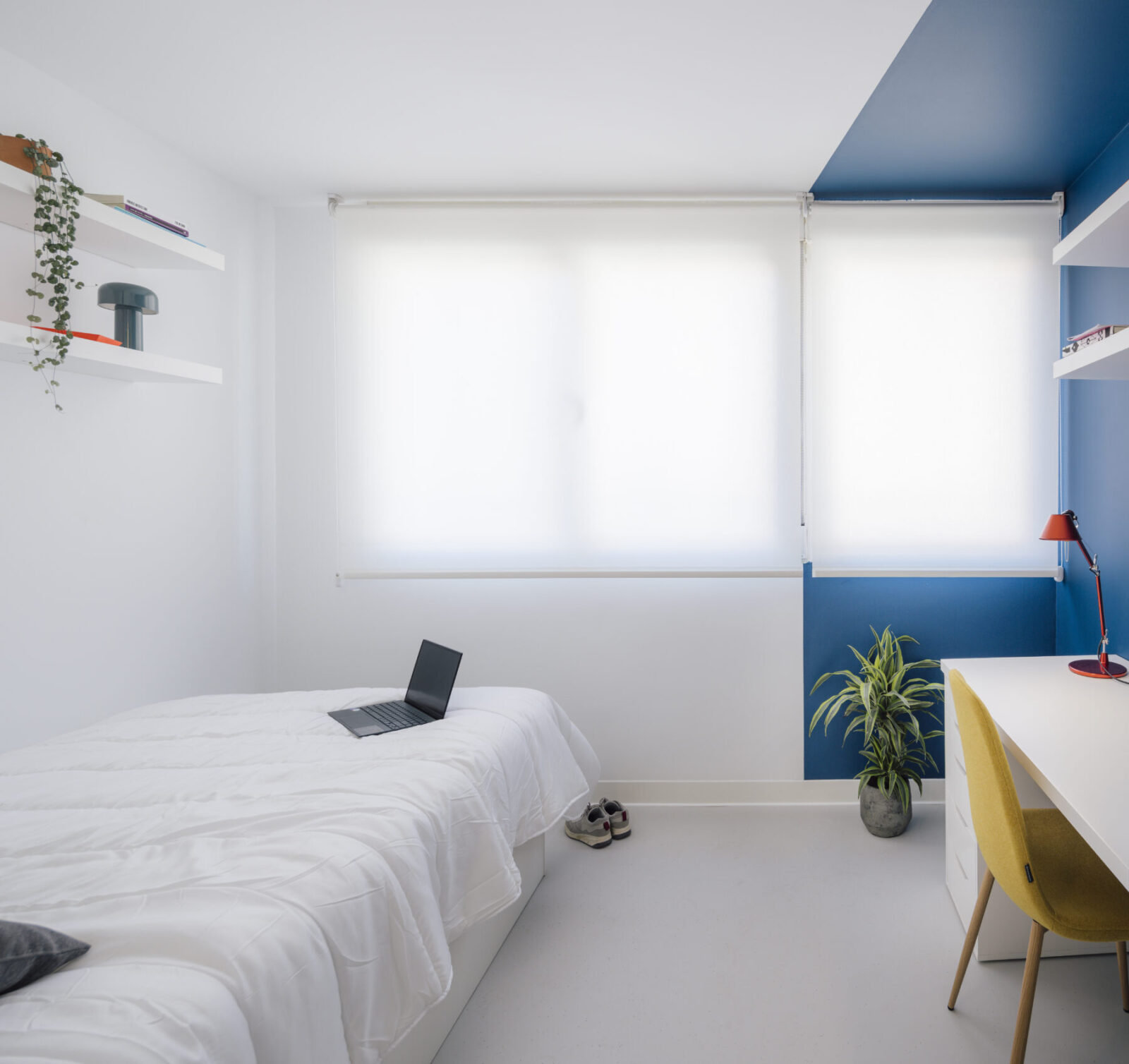 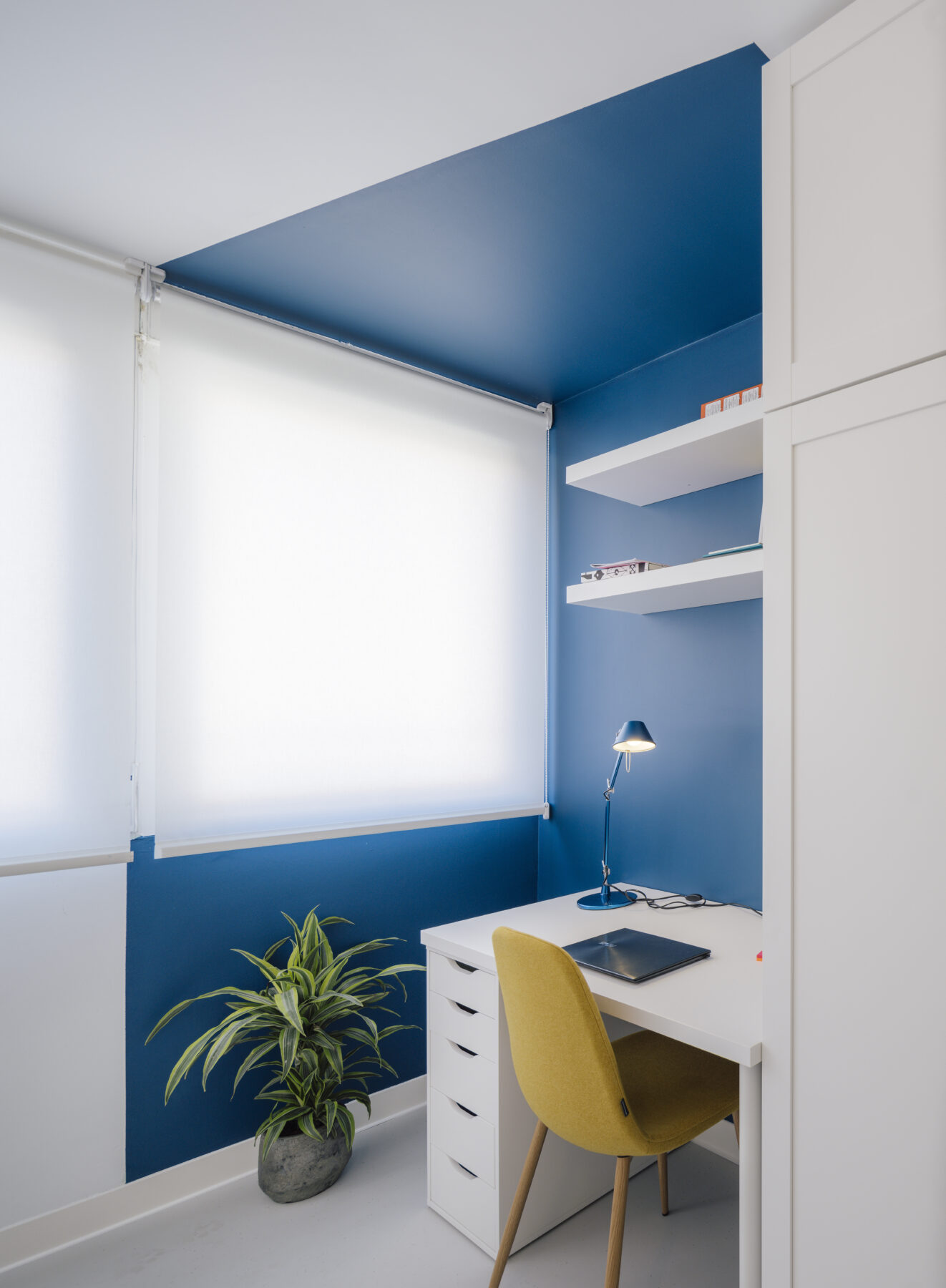 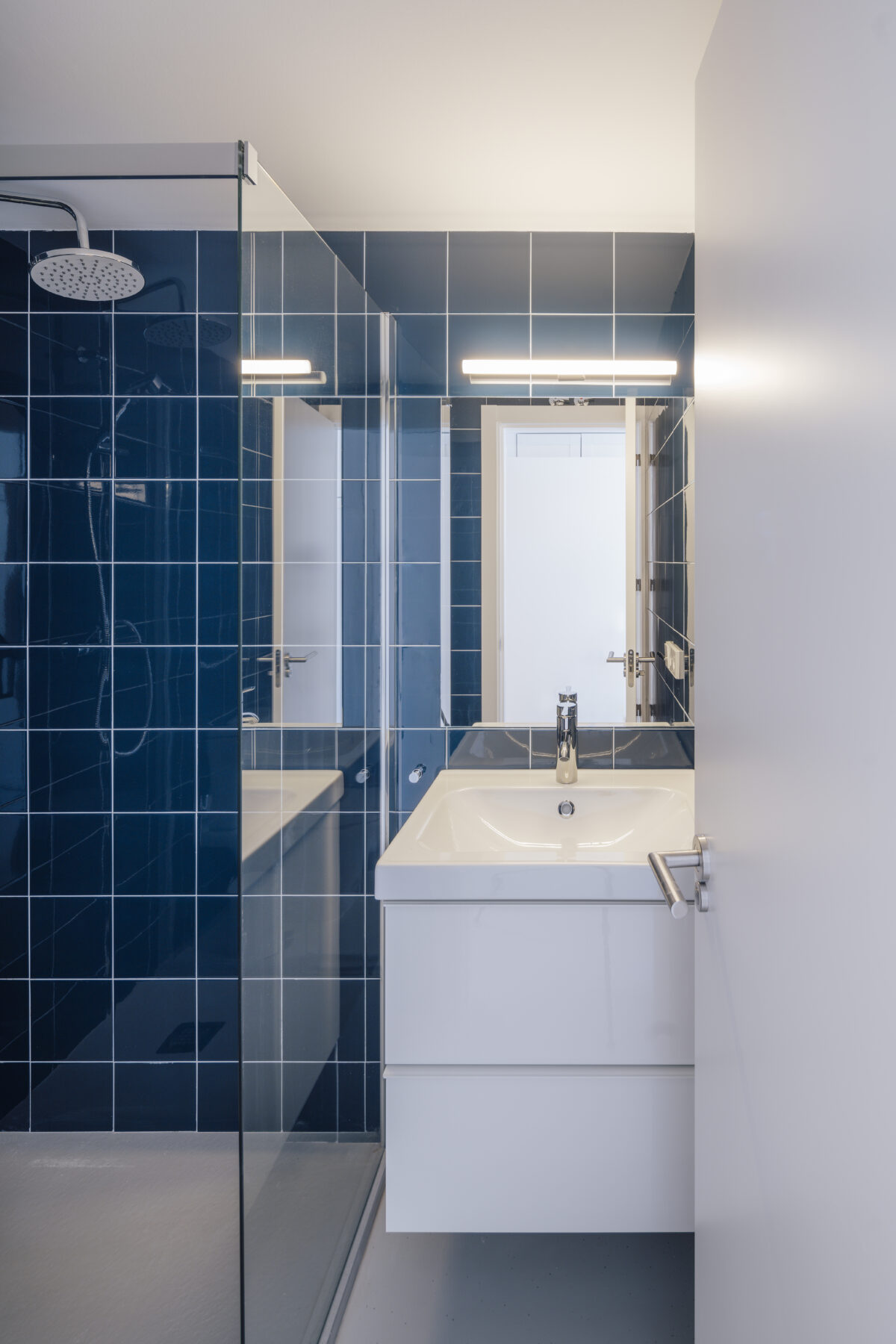 dozen doors is a residential solution that bets on the quality that this type of housing equipment needs for it to become a focus of coexistence and social dialogue, while demonstrating the flexibility that the house has in order to stop being a space exclusively for the private and also become an arena for the public.

A place of social production where different people share spaces, but also moments, resources and activities, which facilitates, in the neighbourhood of Tetuán, the construction of an advanced human fabric that increases the cohesion between the people of the neighbourhood and those who reside in the co-living. 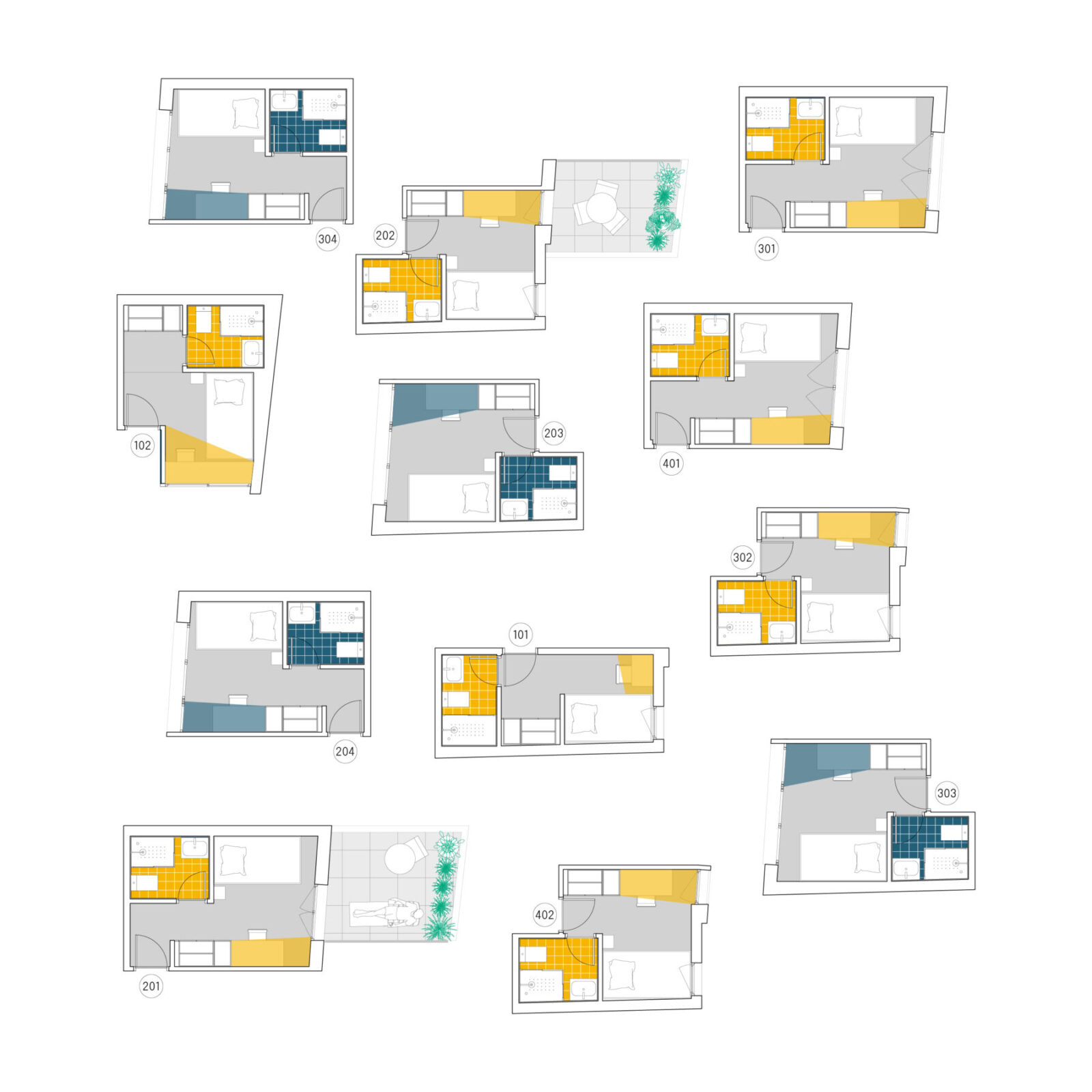 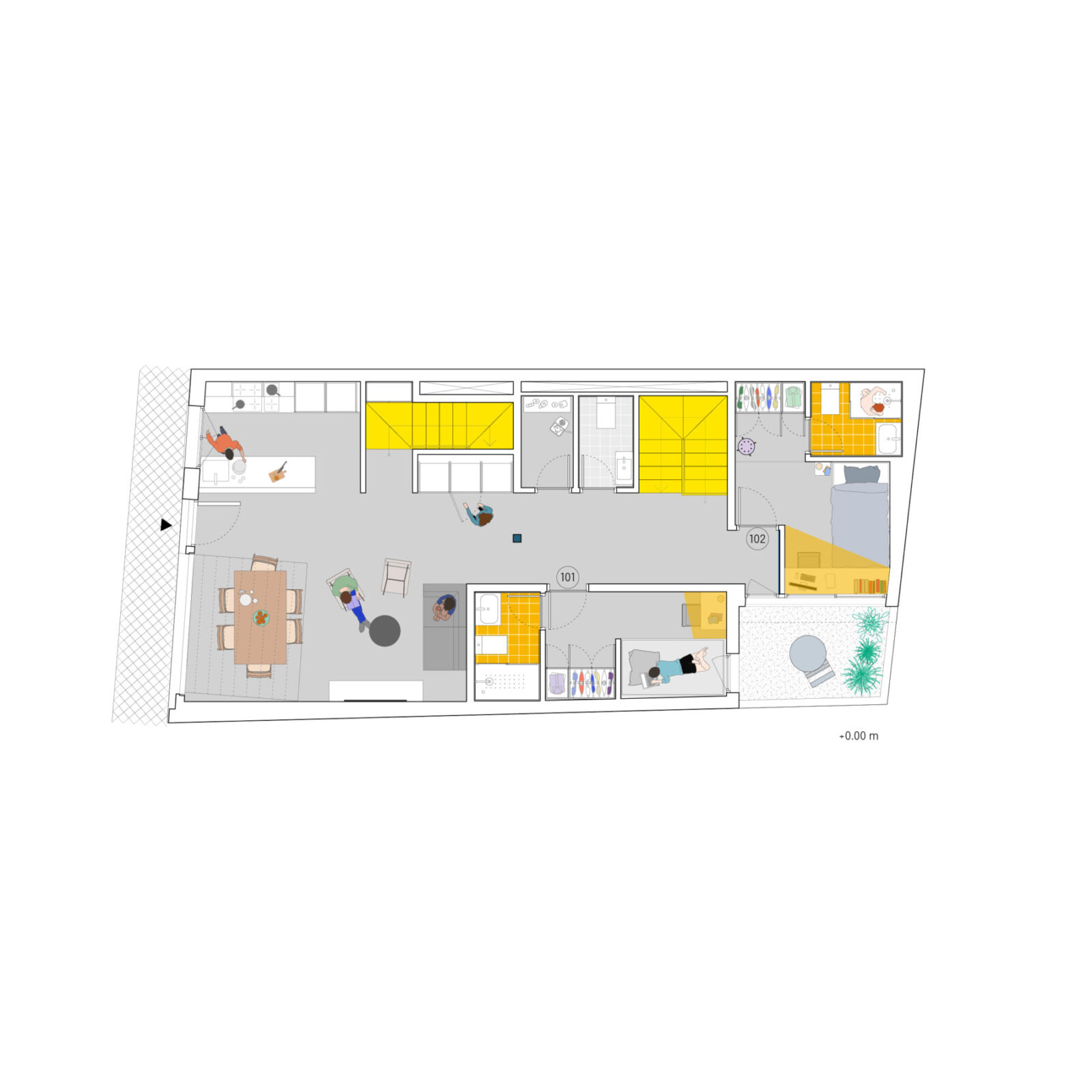 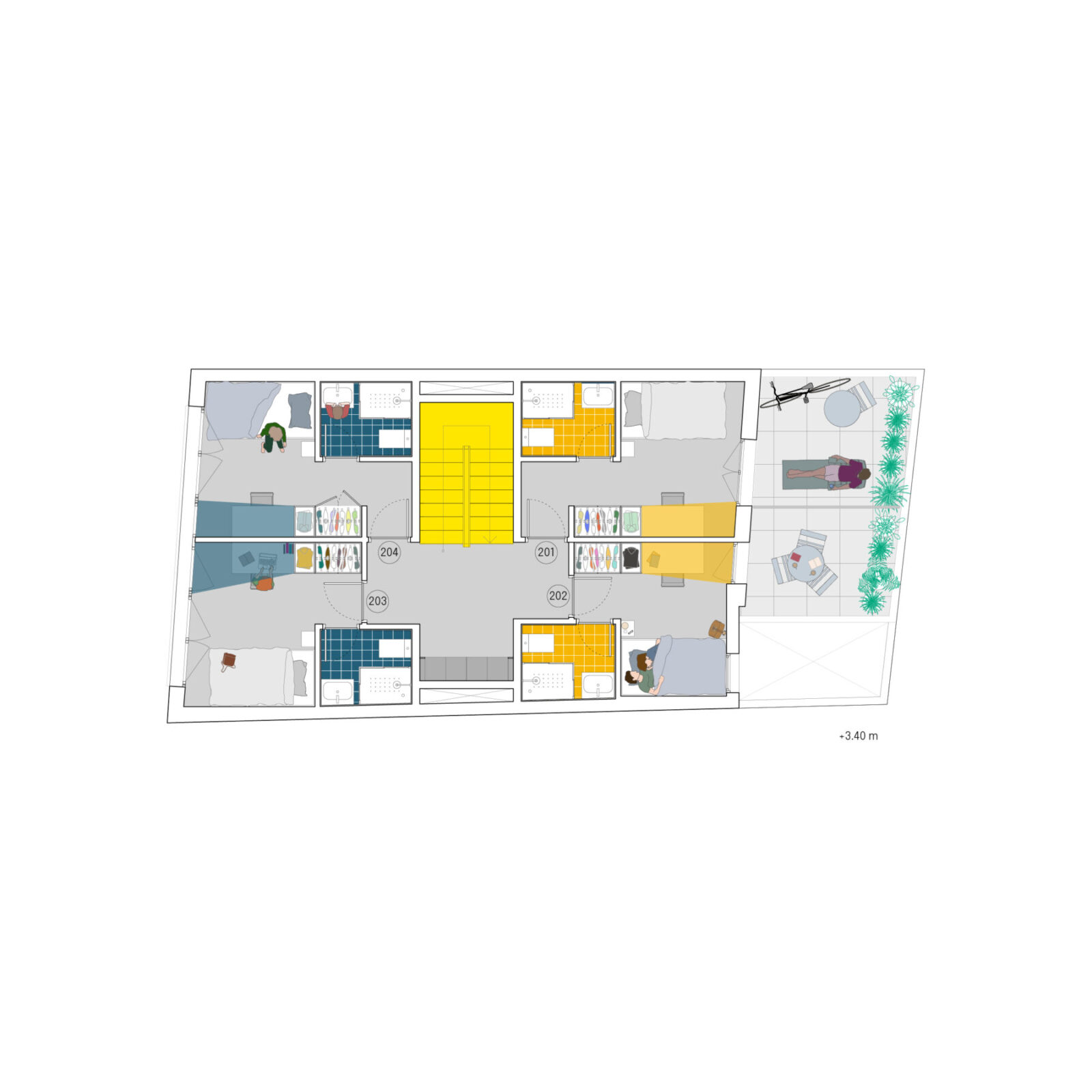 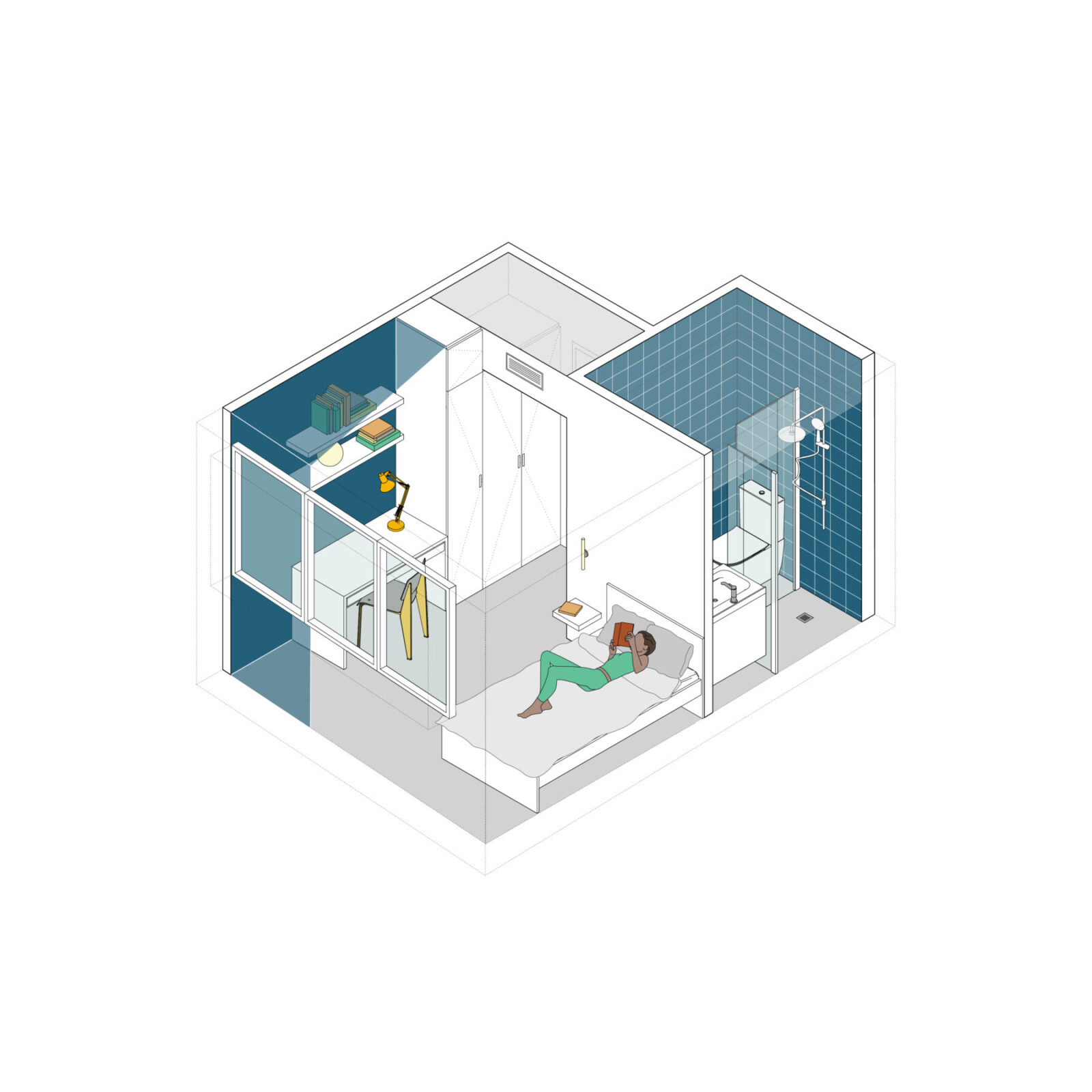 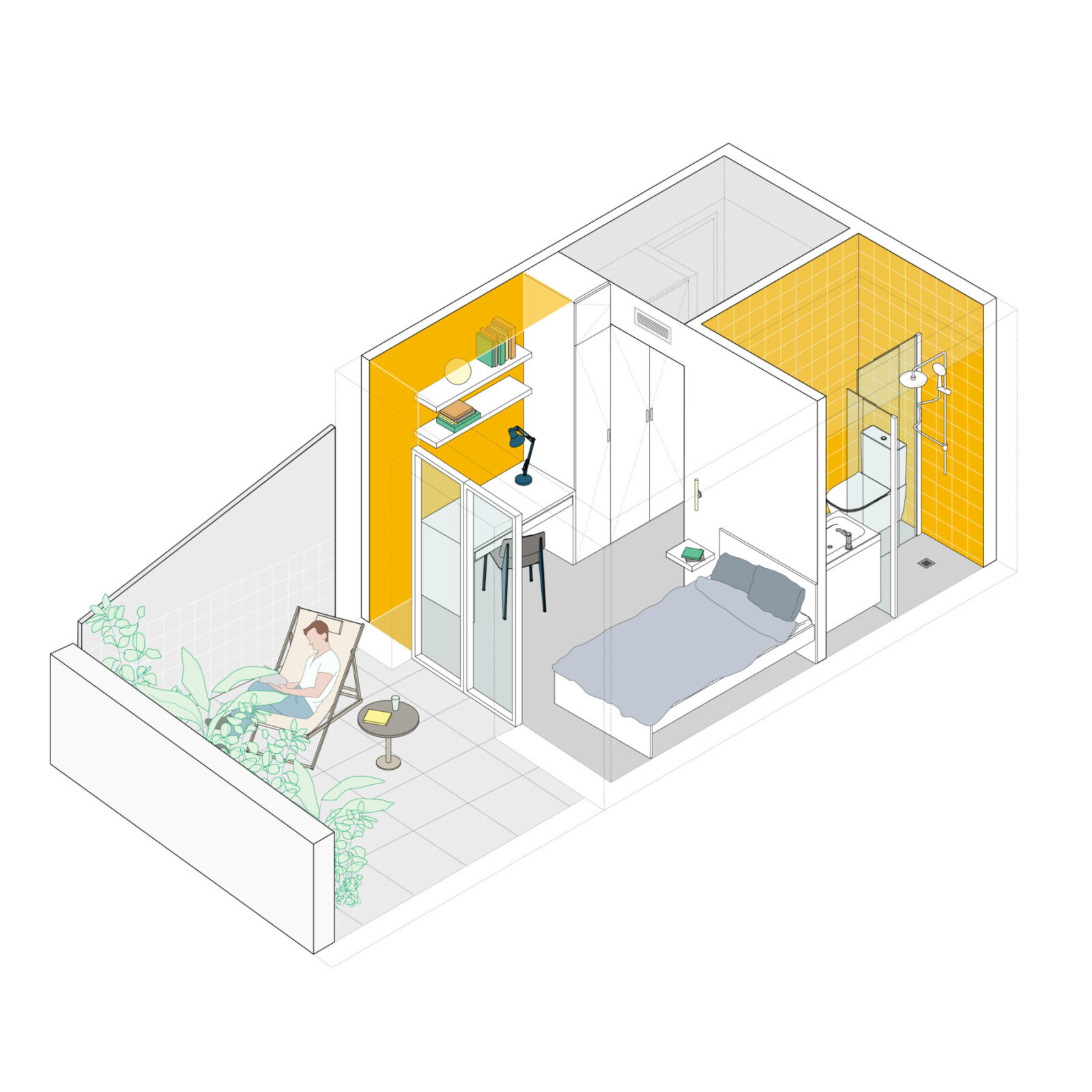 
READ ALSO: Architect customer journey: What you should experience as you look for an archviz expert to render your work.
0 COMMENTS