Casa Marmota is a conceptual interpretation of a 70’s italian mob refuge in Milano, that attempts to merge italian design relevance with the past identity and history of the neighbourhood it is located in. 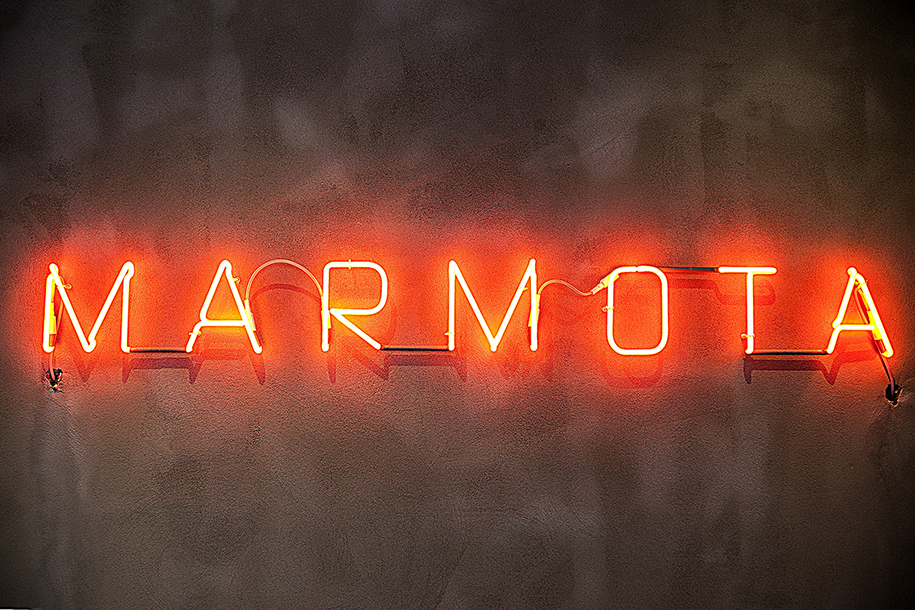 Casa Marmota, located on Via Negroli 34, belongs to the Lambrate neighbourhood, one of the most popular among ‘70s mob gangs. Policemen and journalists of the time were familiar with names such as Lambrate, Bovisa, Barona, Giambellino, which were all different areas of Milan where most of the criminal action took place. 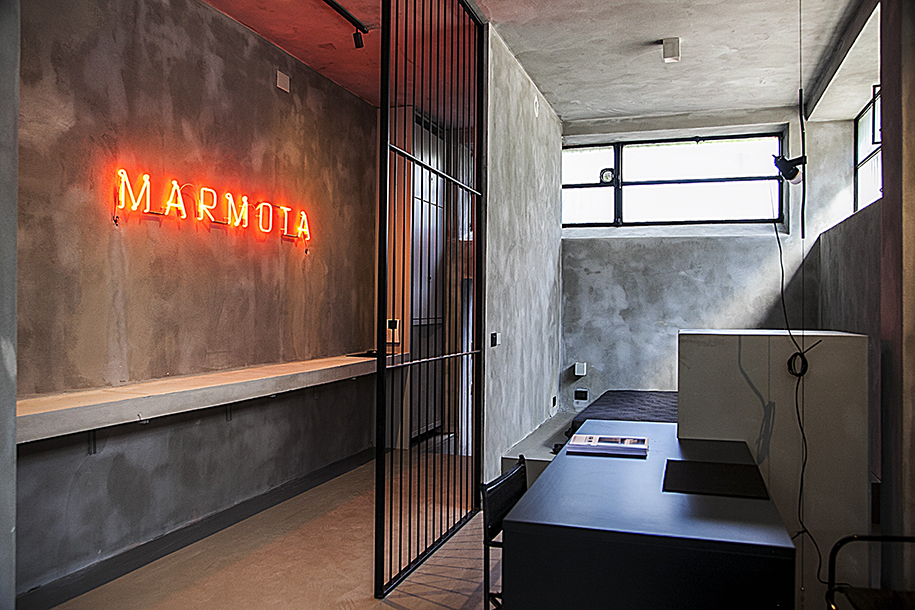 The name “Marmota” comes from an old and peculiar language spoken in Milan, one of the many Italian dialects originally spoken throughout the country. In Milanese, Marmota means “the safe.” In the middle of the apartment stands a large and spacious safe, demonstrating the importance the safe had for criminals. Many other details recount the mind-set and life that the mob lived: the bars at the entrance of the bedroom, the mattress on the floor, the table where the gang used to meet in order to plan the next hit, and the original map of Milan from the ‘70s, used to find locations and study details. On the wall there are several images representing the main characters of the Milanese mob of the ‘70s, includingnotorious crime bosses such as Vallanzasca, Lutring, Turatello, Epaminonda,as well as several remarkable events. 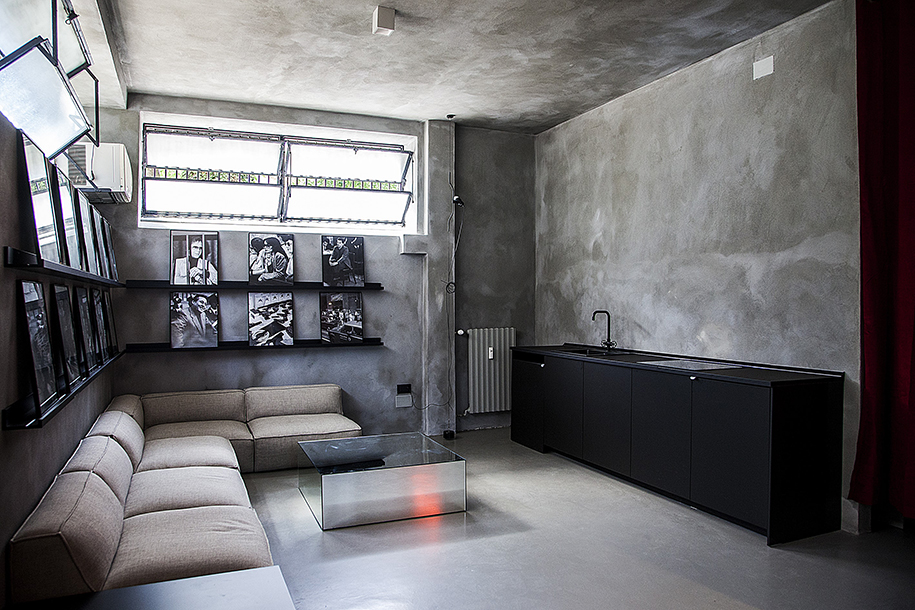 Casa Marmota is not a mere reproduction. You won’t find another complete array of original objects from the ‘70s. The contemporary minimal style, modern colours such as grey and black, and other small authentic details all come together to replicate an environment that represents the past but is designed around contemporary people. 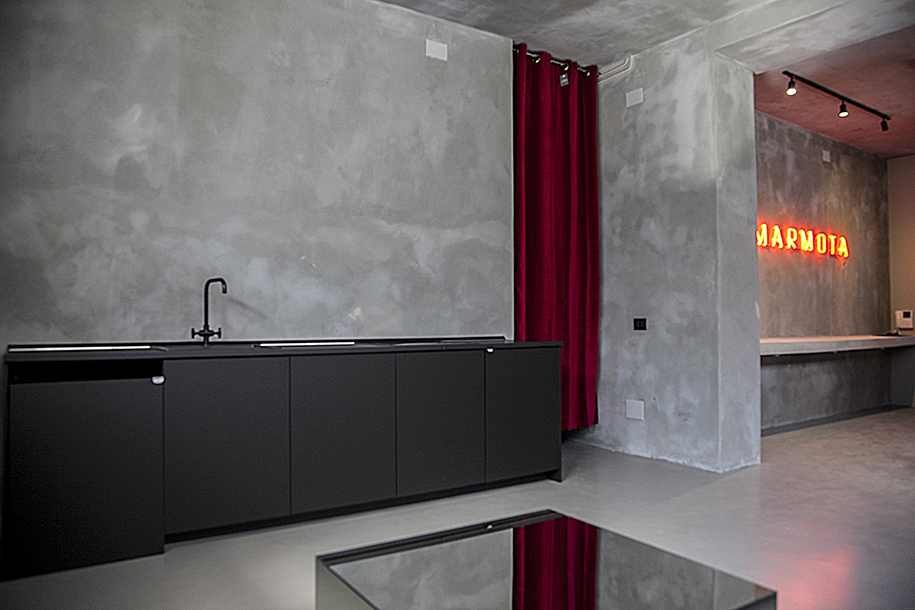 This project is an innovative example of design and architecture that enriches Milan’s cultural offering. Lately, the city became an outstanding player on the international scene, featuring the Design Week and many remarkable projects. Casa Marmota is one small new piece of the puzzle. 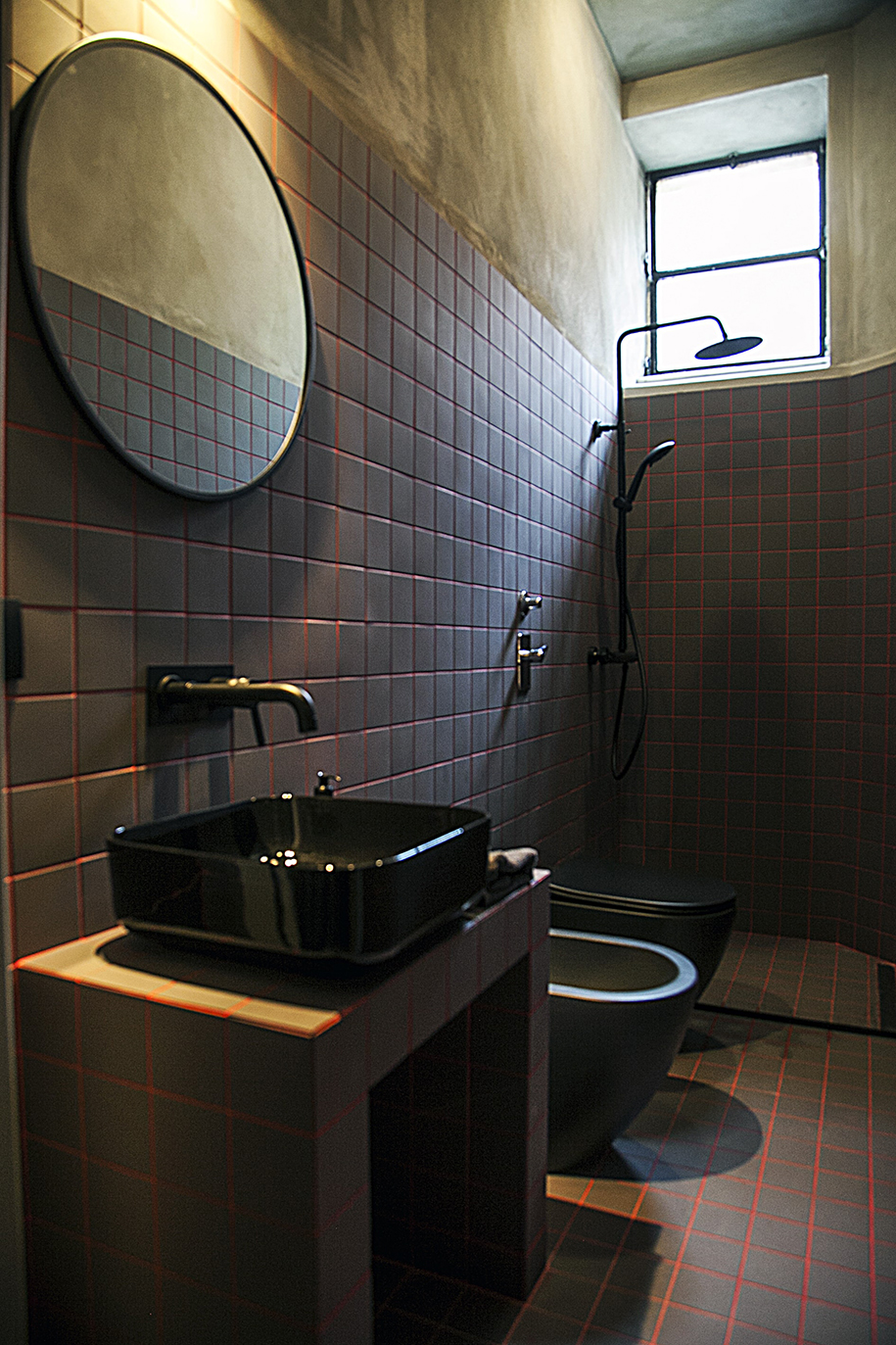 Luca Poggiaroni created the concept, he is creative director and founder at Menuale, the company that owns the apartment. Ceren Sisik is the project’s architect. She is originally Turkish but she has been living in Milano for the last 5 years. Sisik graduated from the Interior Architecture program at Bilkent University in Ankara and then went on to earn her Master’s degree from the Polytechnic University of Milan. Her mentor was Claudio Silvestrin whose style had a great influence on her work. Sisik strives to create spaces in which people do not feel overwhelmed by an abundance of objects surrounding them; where the space becomes an art gallery andpeople living there become a piece of the art. As an architect, her personal motto is, “The person who lives in the space should be the protagonist”.