This mansion is dated from the late 19th century, and due to the last catastrophic earthquake of 1956, it was severely damaged. 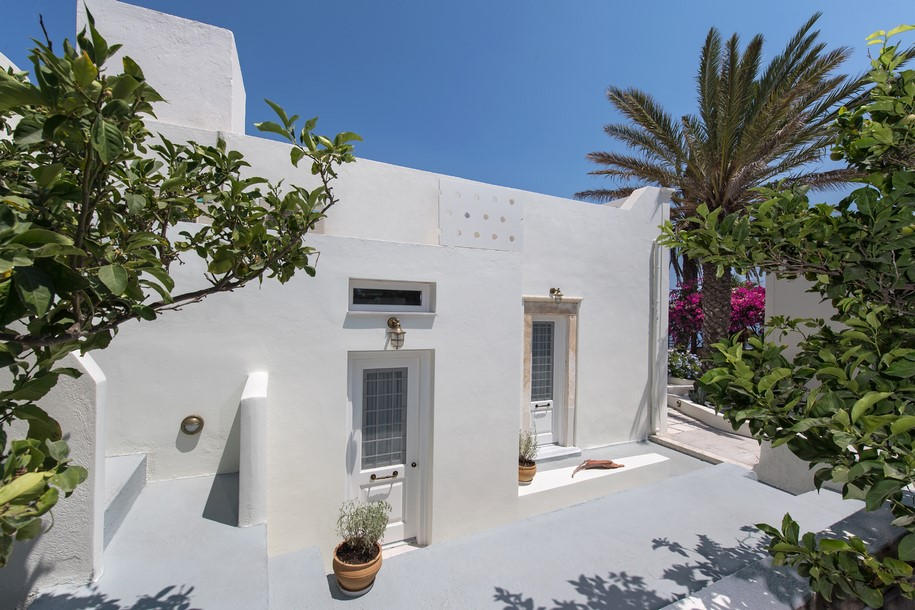 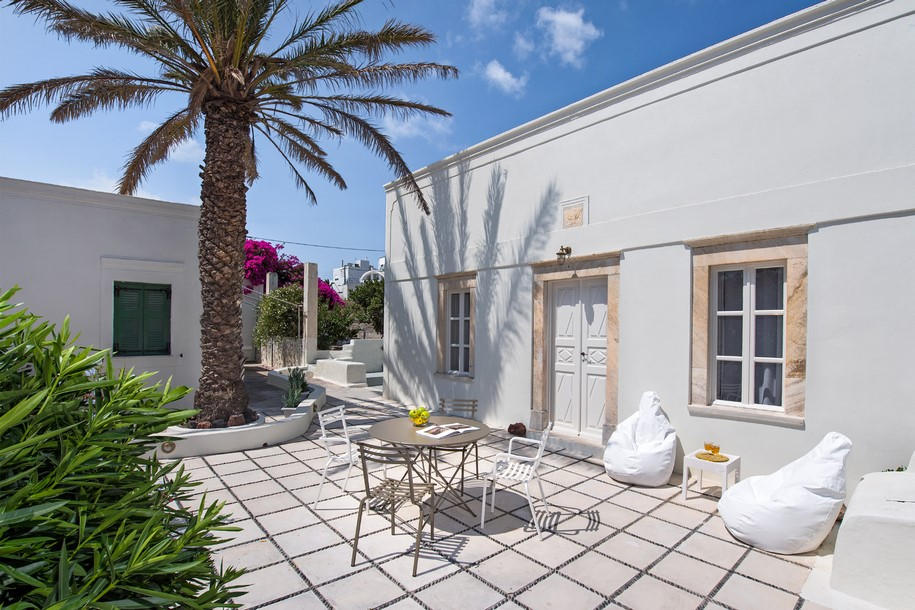 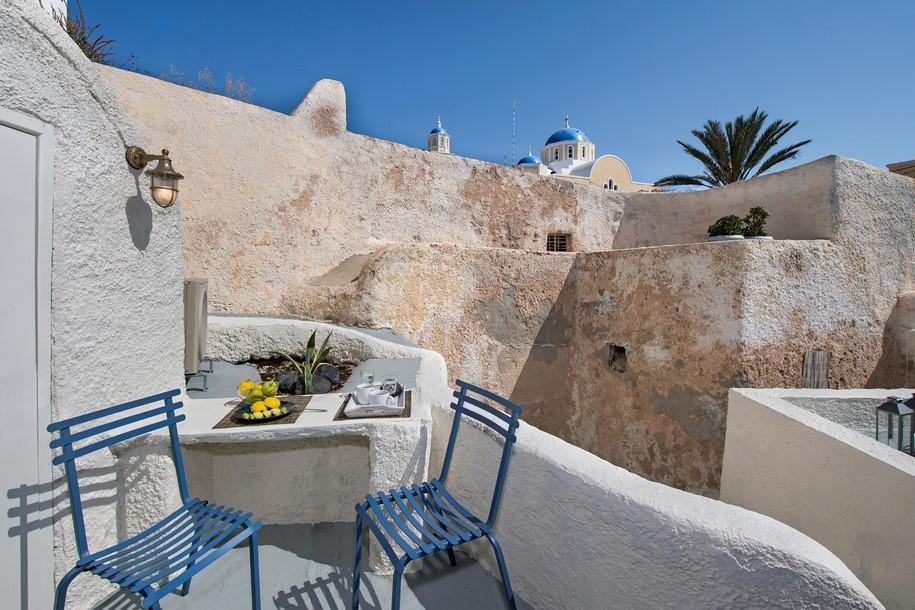 Despite an on-going process of repairs throughout the years, it maintained its character: the 50cm thick, load-bearing walls -built mainly by black lava stone-, its monolithic and symmetrical façade with its marble ornaments, as well as, the high vaulted ceilings in its interior. 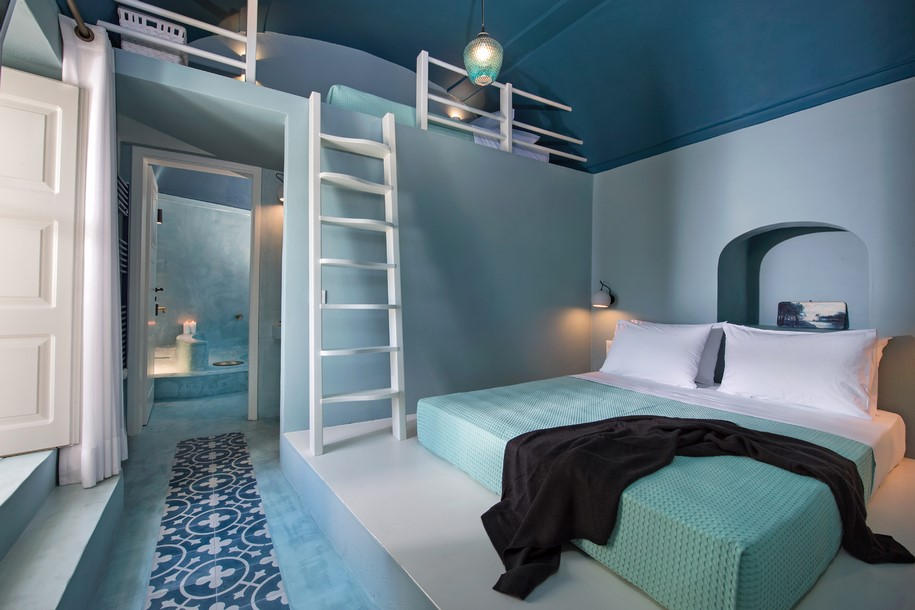 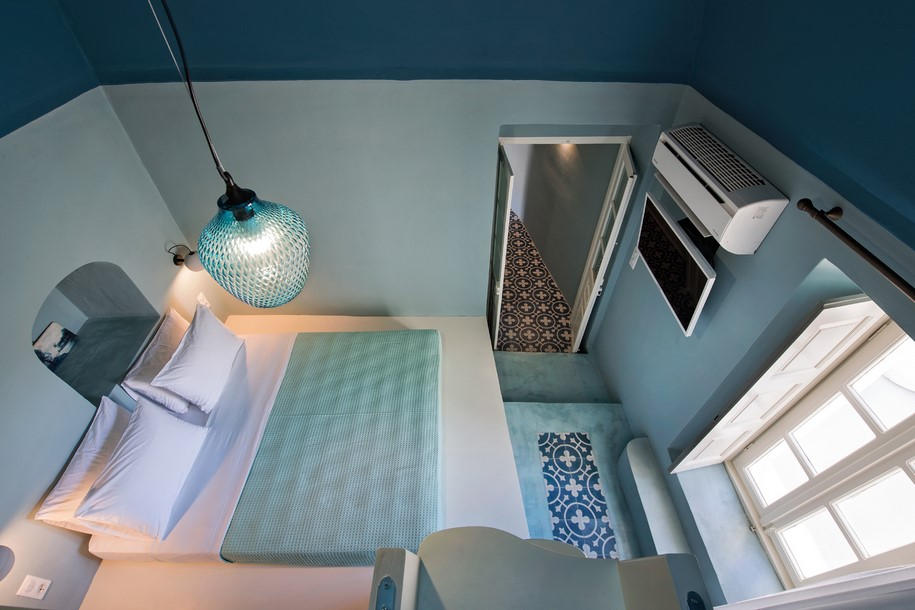 Being a home to ancestors that belonged to the old ‘upper class’ society, its spaces were organized accordingly. The high vaulted ceilings marked the reception areas and main bedrooms, while service spaces were much smaller and given less attention. 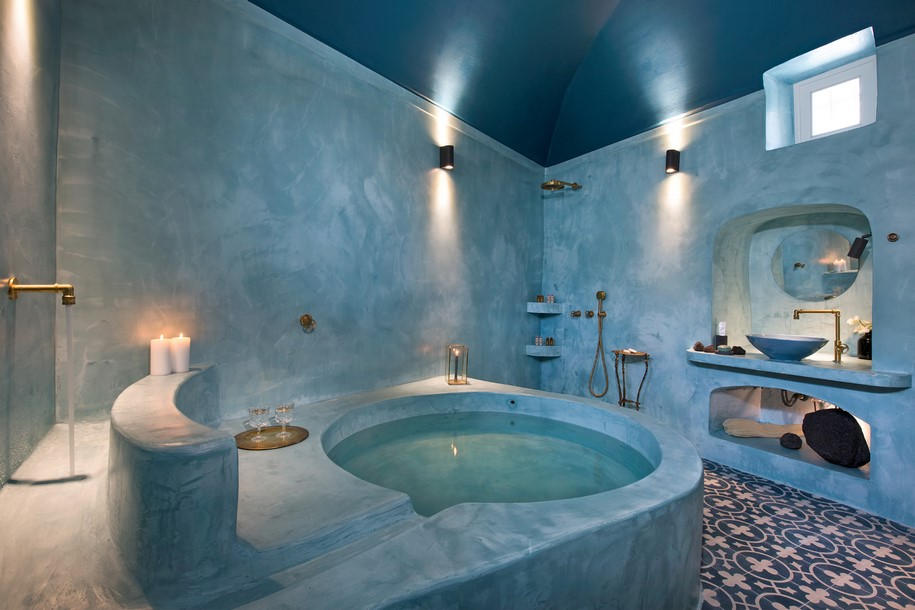 The household extended to a complex of court-yards, excavated chambers and cisterns, interwoven together with the surrounding properties, forming an organic entity characteristic in the islands of the Cyclades. 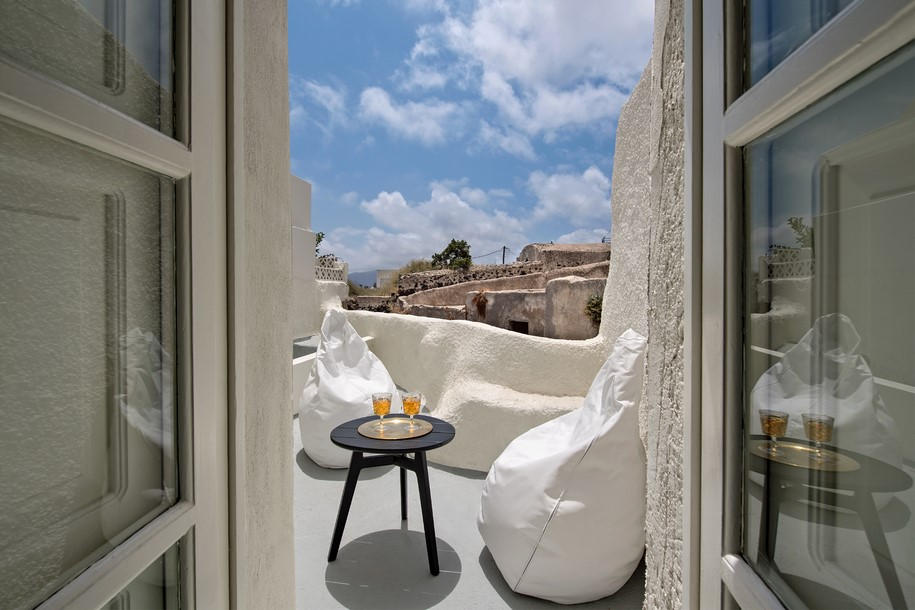 When dealing with such a special building, first issue is to respect and underline its character. Therefore, when we were asked to divide the building into three independent quarters, our interventions were gentle but distinctive. 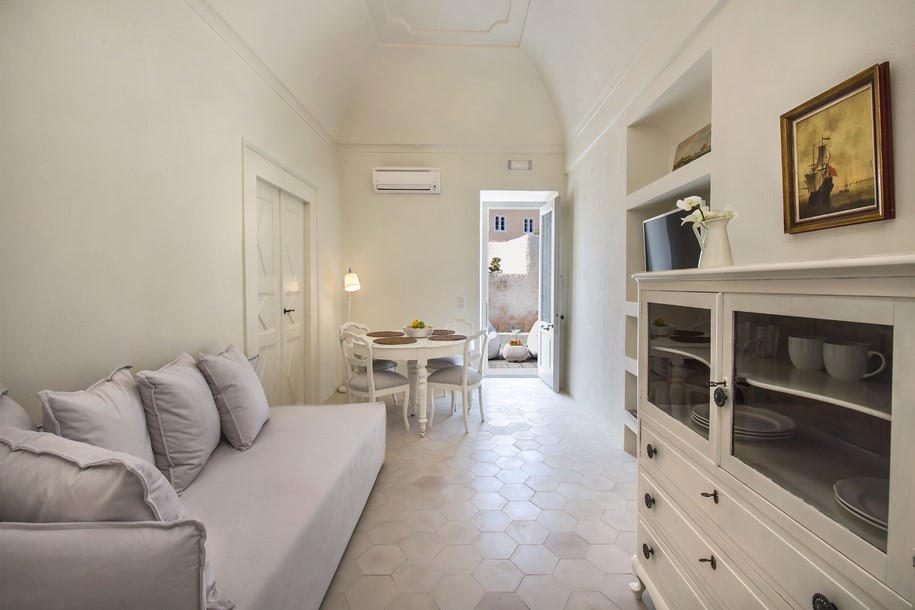 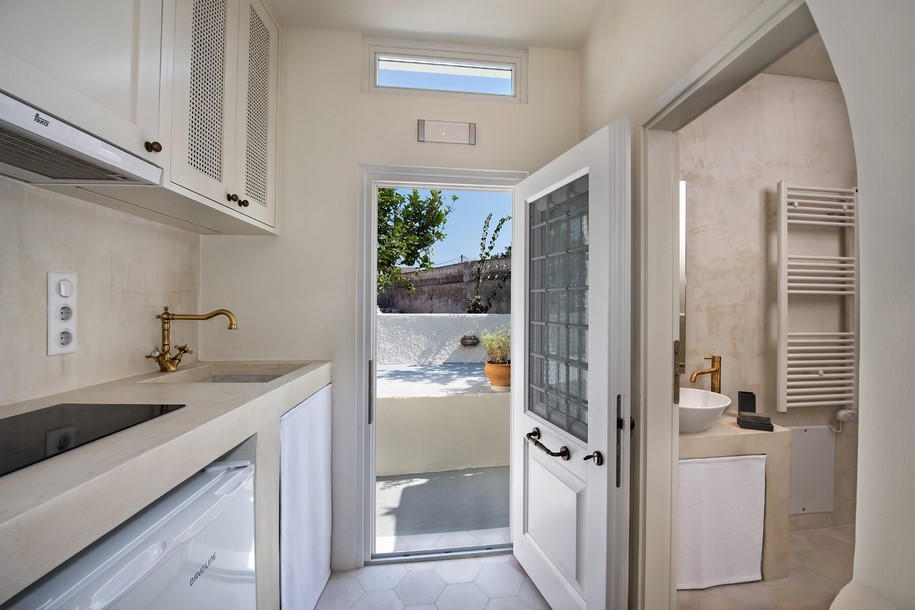 We arrived with various diagrams, and finally chose the plan that clearly suggested -for each quarter- a separate entrance and access to private outdoor space. The interior was thus designed, so as to provide all the required facilities. 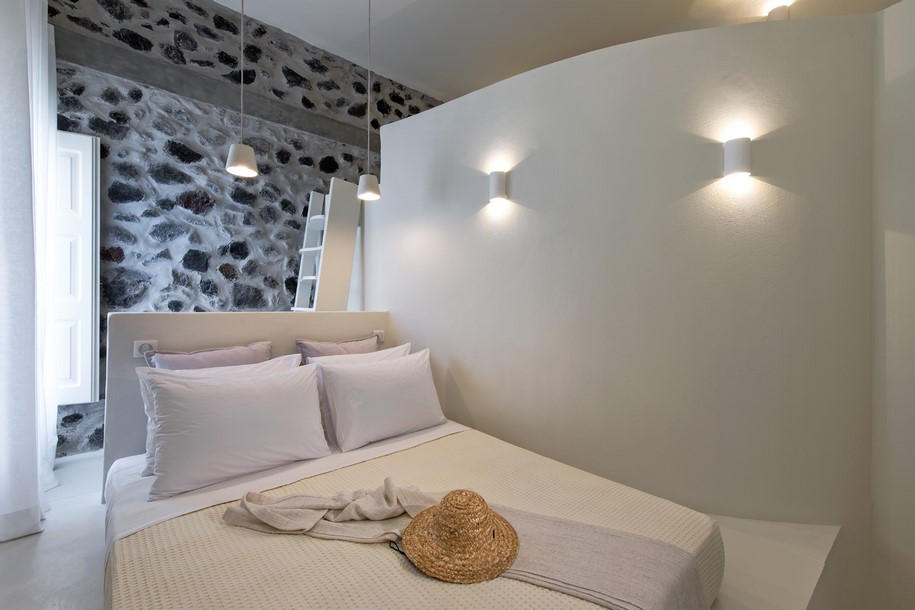 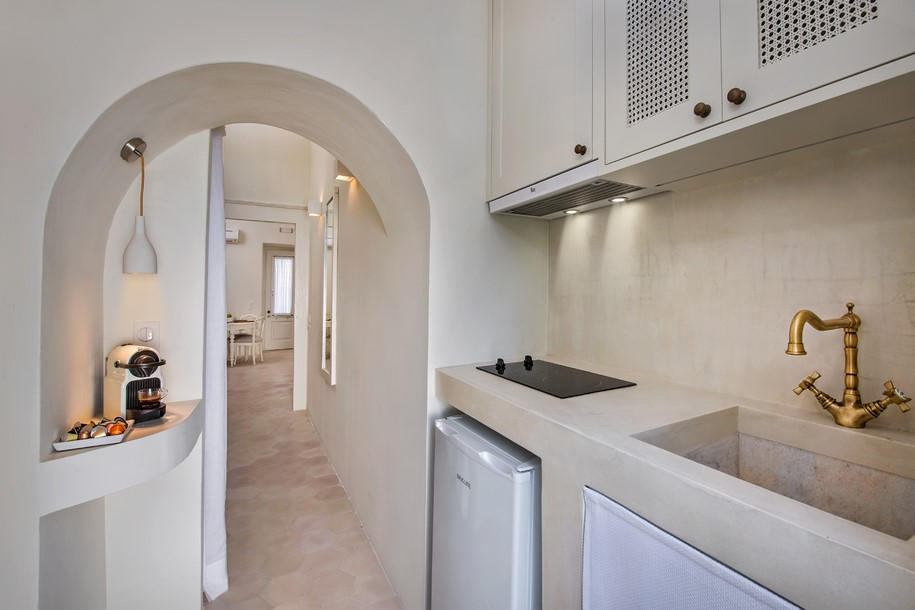 Another task was to combine the ‘aristocratic’ aura of the building, with an up-to-date aesthetic. Following the restoration of walls, ceilings, infrastructure, wooden openings and even furniture, we then introduced colors and materials that gave each quarter their individual character. 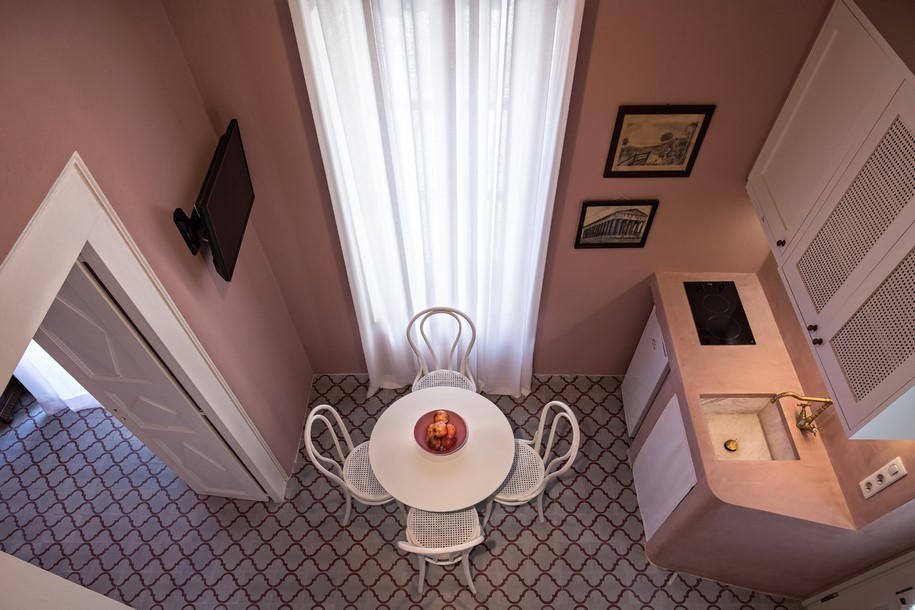 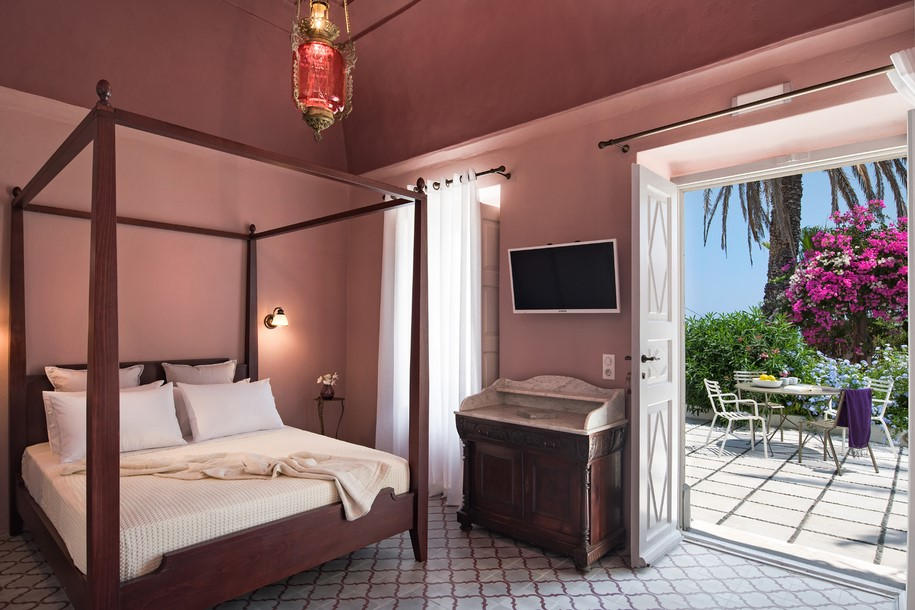 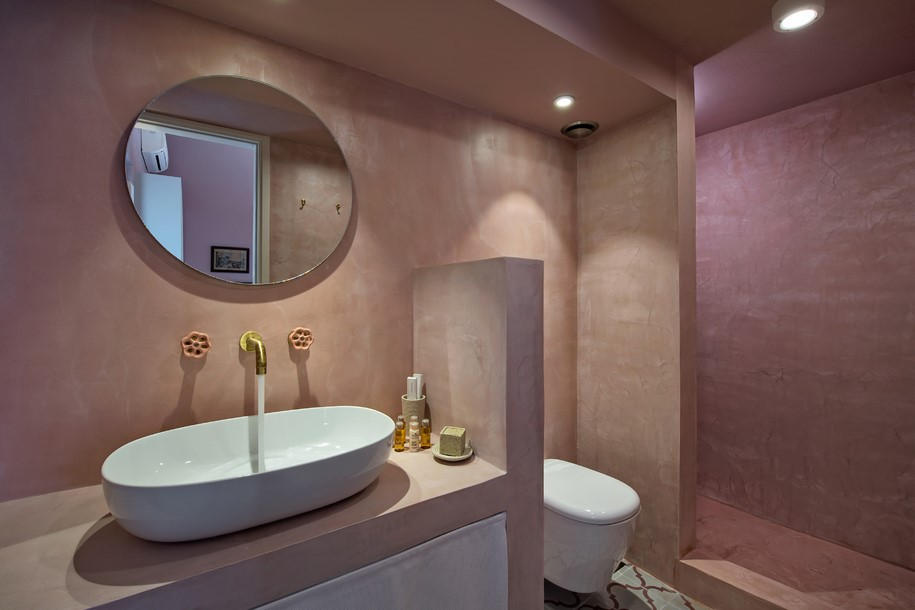 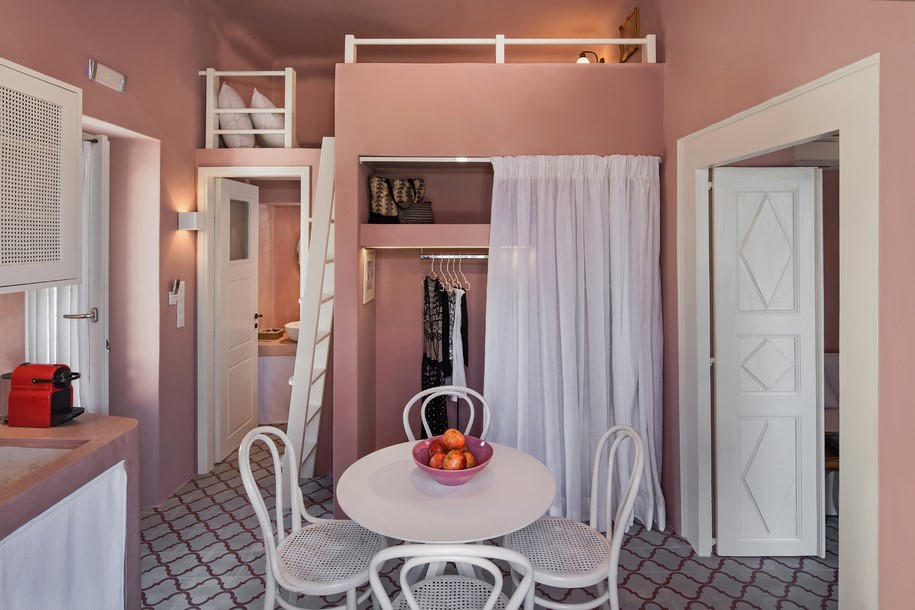 Following a carefully chosen color-palette, we designed the ‘red, white, & blue room’ up to the last detail. 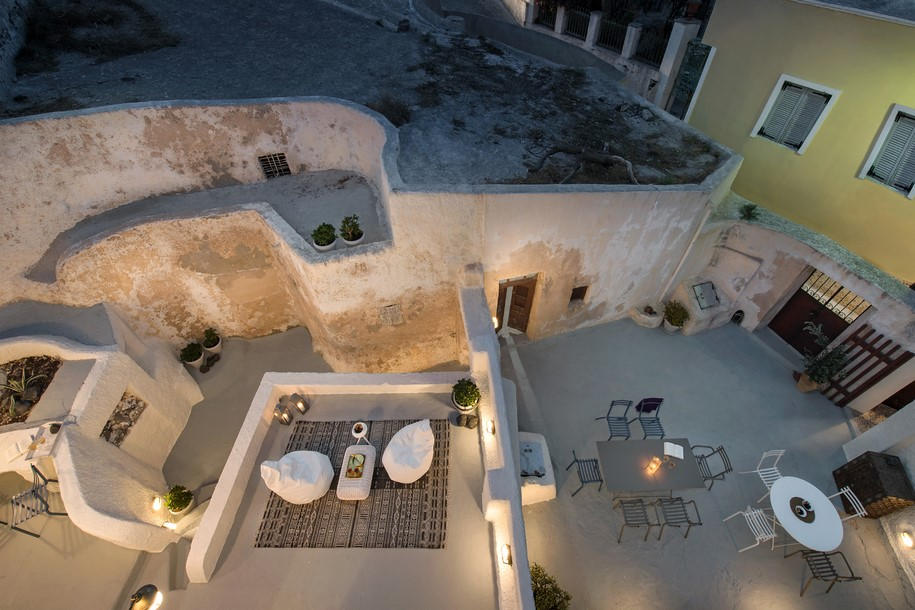 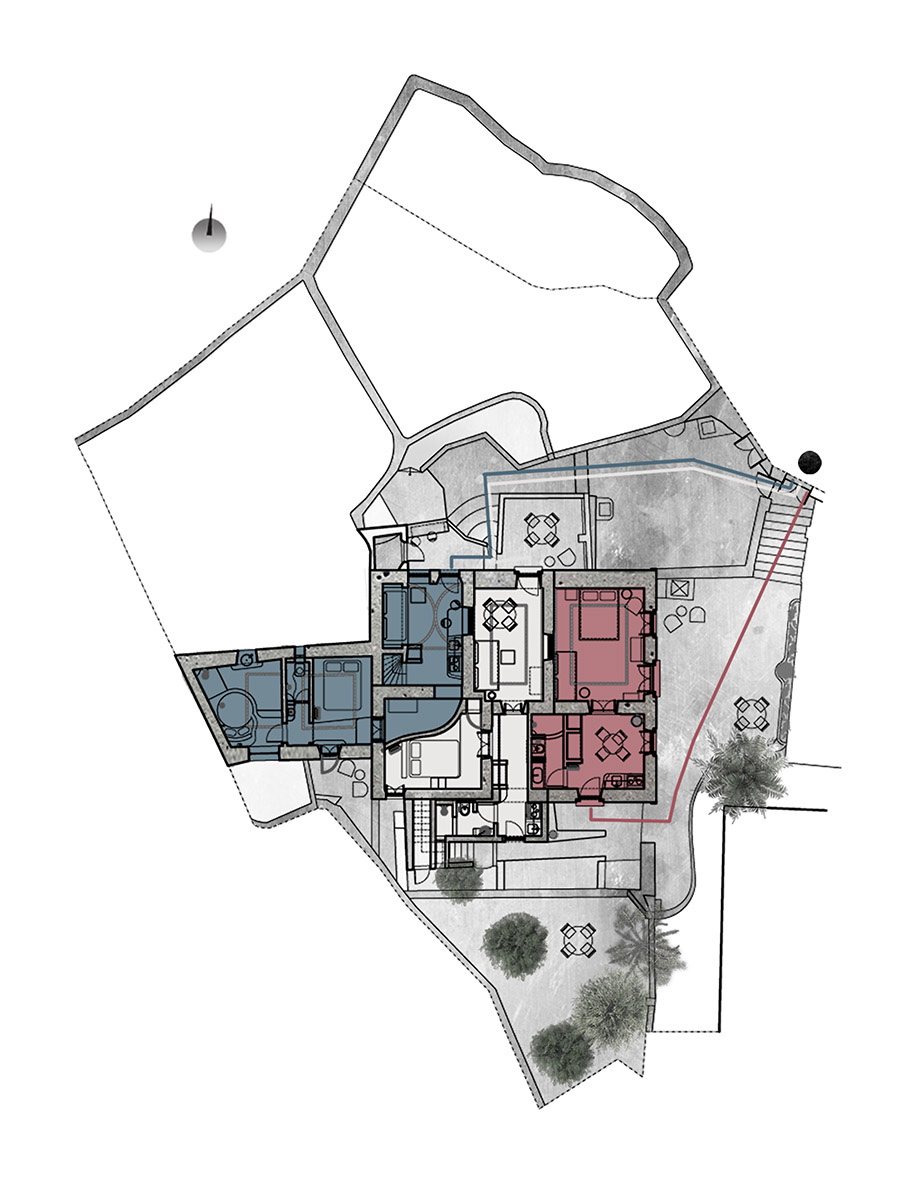