On a marvelous place like a piece of earthly paradise, at Cádiz, Alberto Campo Baeza has built House of the Infinite, an infinite plane facing the infinite sea, the most radical house he has ever made. At the very edge of the waters of the Atlantic Ocean, where the sea unites the new and the old continent, emerges a stone platform.
At the place where all the ships from the Mediterranean used to pass and still pass by as they head off into the Atlantic. 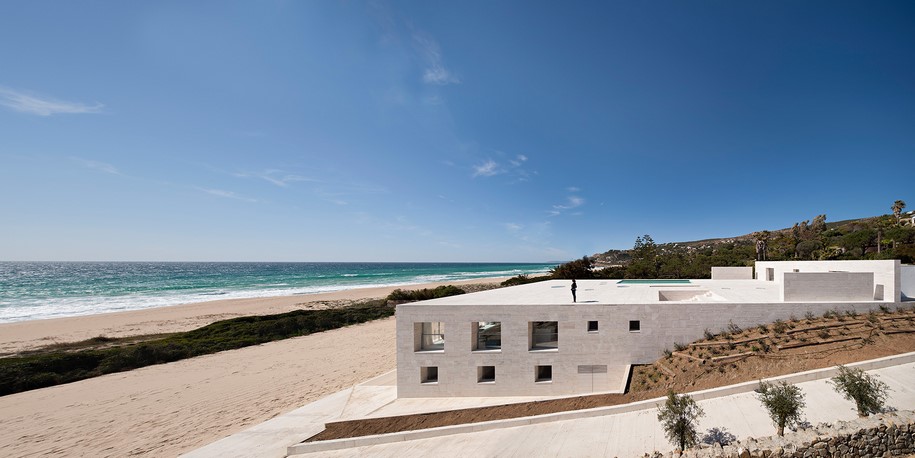 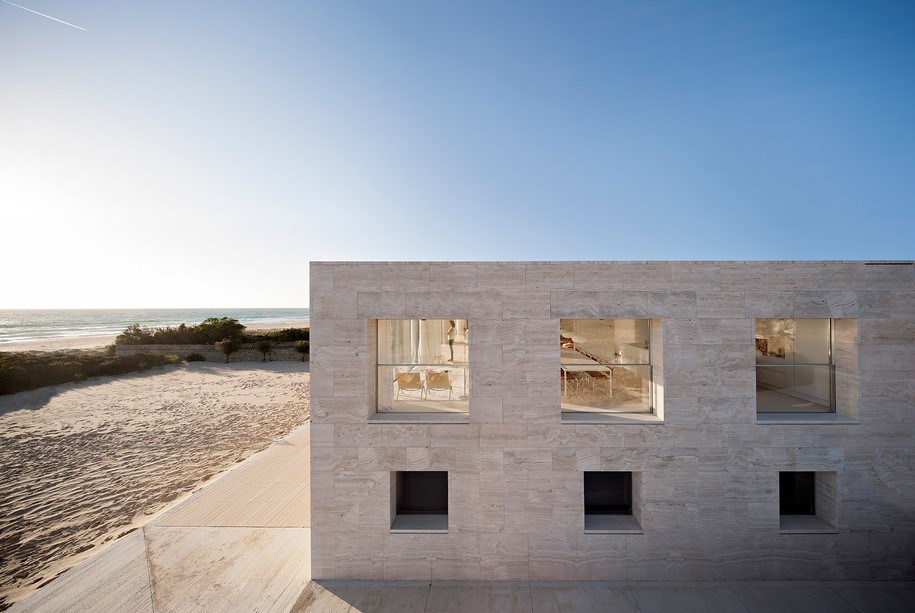 There, Alberto Campo Baeza architects have erected a house as if it were a jetty facing out to sea. A house that is a podium crowned by an upper horizontal plane. On this resoundingly horizontal plane, bare and denuded, we face out to the distant horizon traced by the sea where the sun goes down. A horizontal plane on high built in stone, Roman travertine, as if it were sand, an infinite plane facing the infinite sea. Nothing more and nothing less. 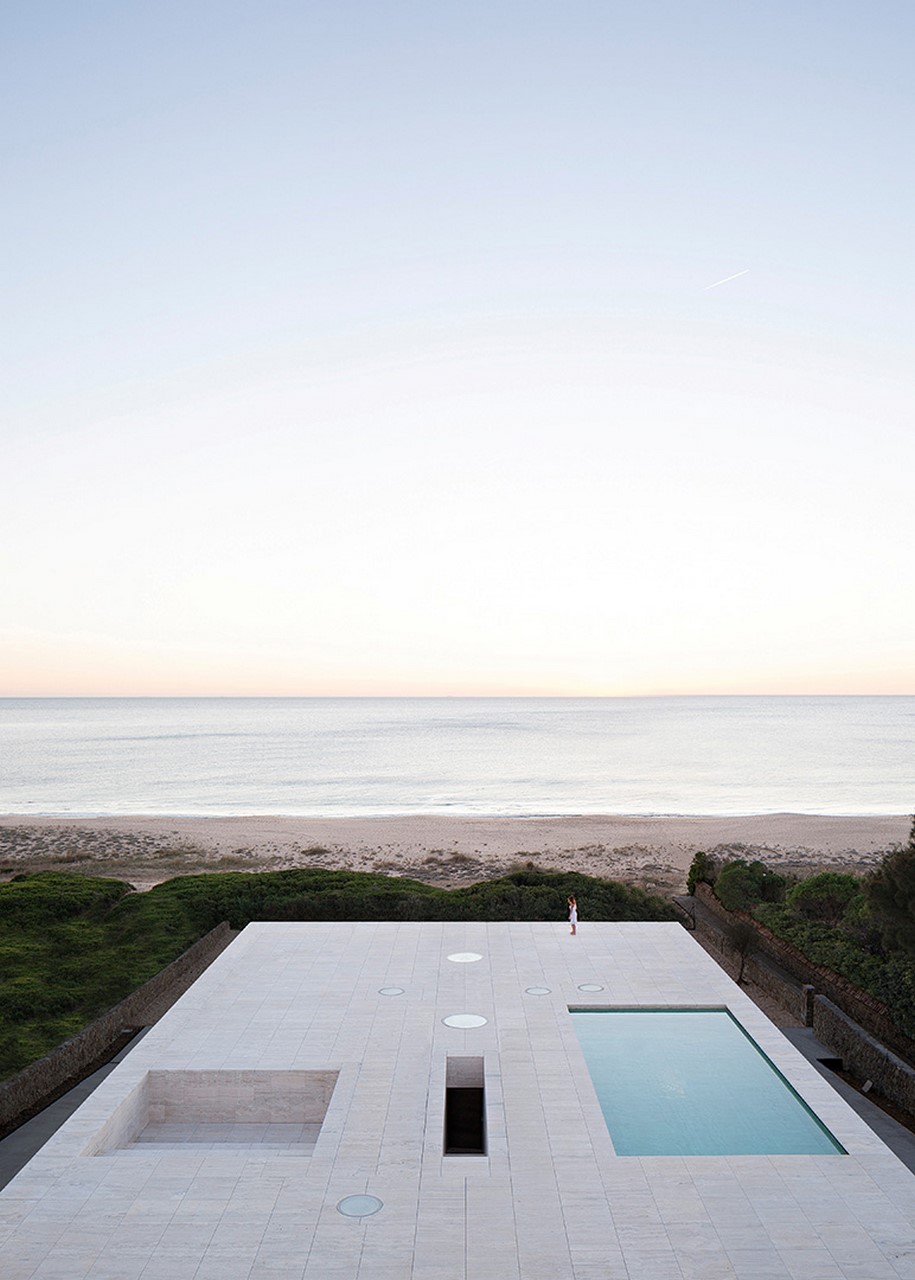 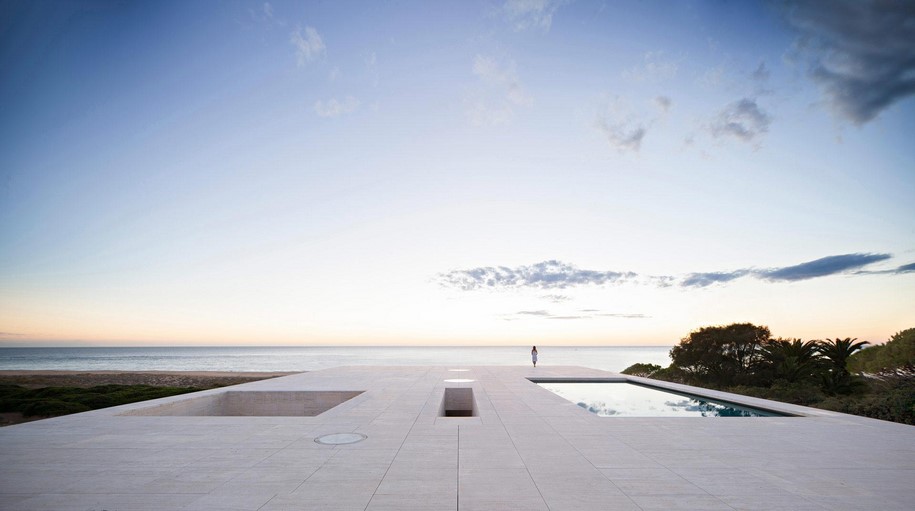 To materialize this elevated horizontal plane, which is the main living room of the house, Alberto Campo Baeza built a large box with 20 meters of frontage and 36 meters deep. And under those first 12 meters we excavated two floors in the solid rock to develop the whole living space. 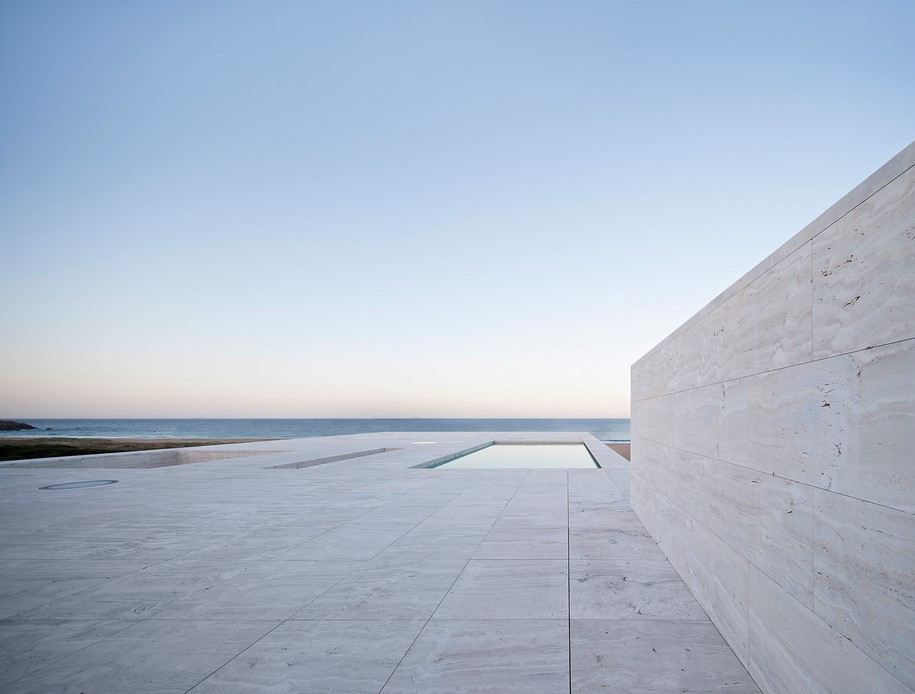 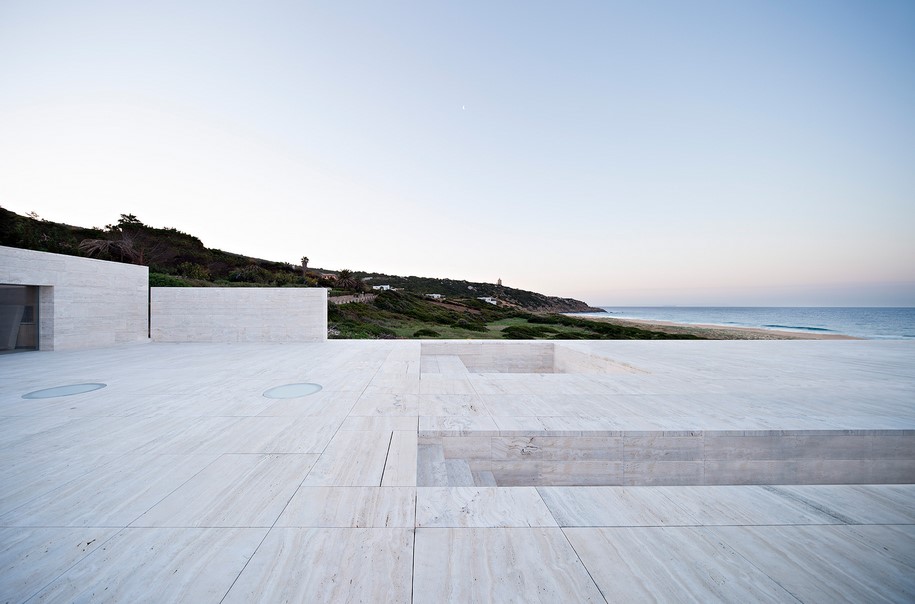 The Romans were there a handful of centuries ago. Bolonia, the ruins of the Roman fishing factories where they produced garum and built temples to their gods, is just a stone’s throw away. In their honor Alberto Campo Baeza has built the house, like an acropolis in stone, in roman travertine.

To give even greater force to the platform Alberto Campo Baeza incorporated all the terrain as far back as the entrance wall separating the house from the street, also done in Roman travertine. Once inside the wall, the entrance to the house will be via a “trench” in the form of stairs dug into the upper surface of the platform. 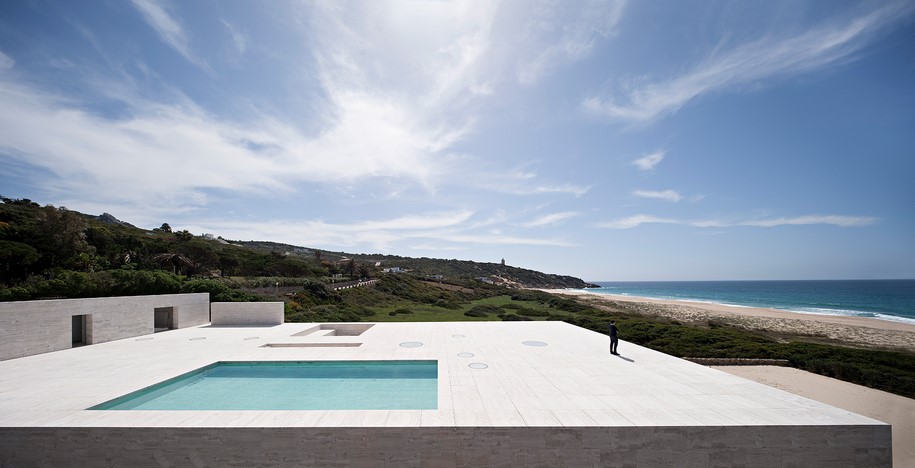 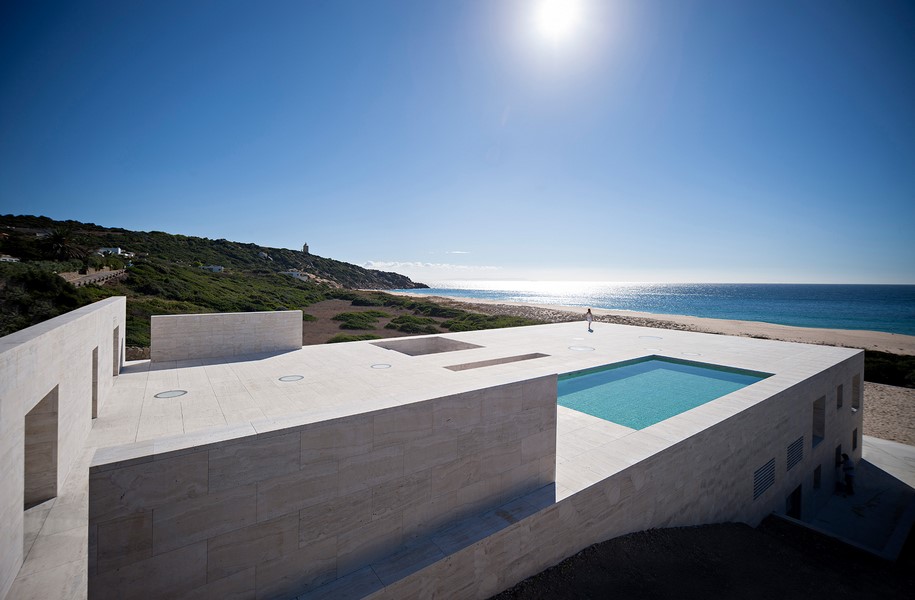 A Greek poet said that this is a true temenos, a meeting-place, where according to mythology, humans and gods come together. 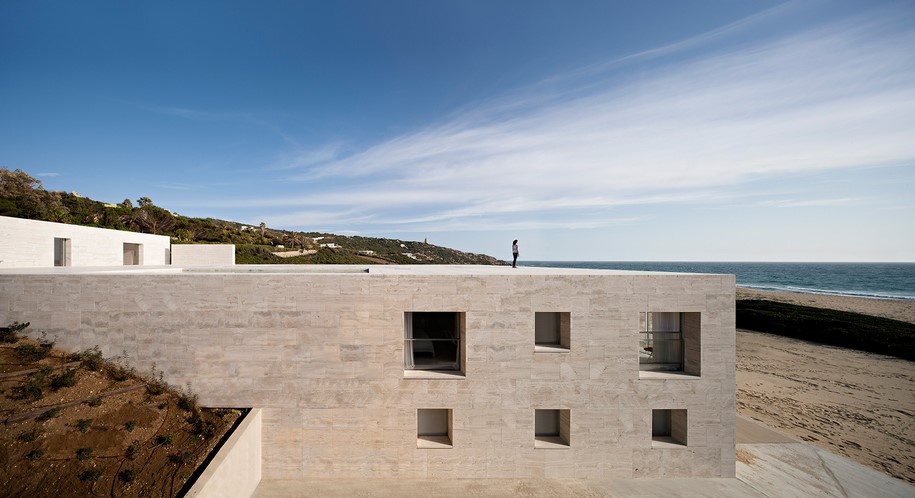 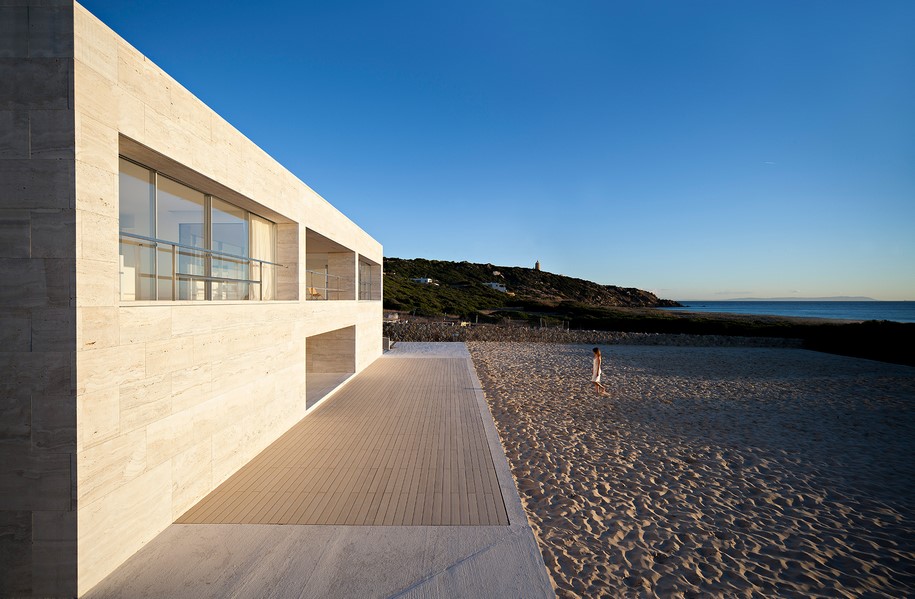 On the denuded stone platform, three walls surround us and protect House of the Infinite from the prevailing strong winds. Sometimes it is as if someone had opened the bag containing the winds of Aeolus. The same winds that drove on the vessel in which Ulysses made his journey home. 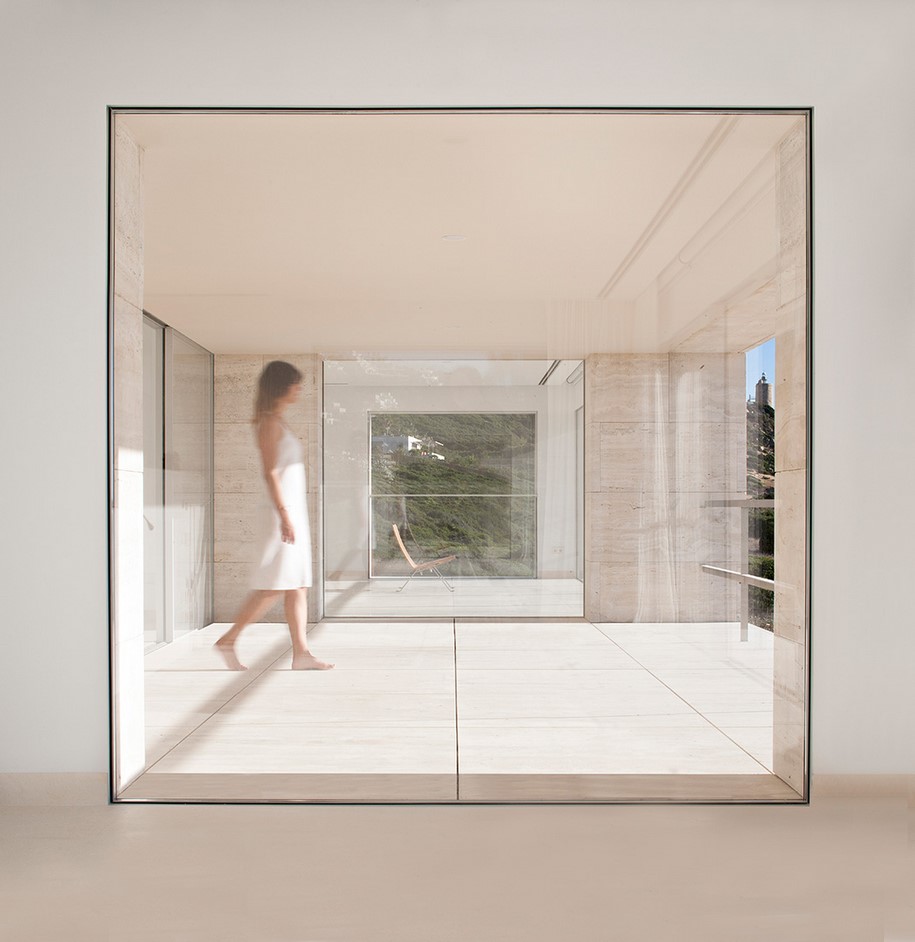 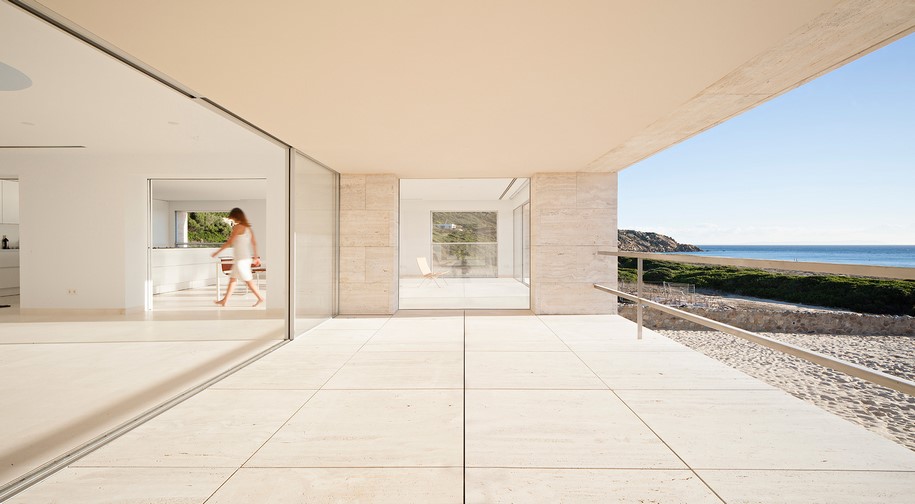 “There is a lovely etching by Rembrandt from 1655, “Christ Presented before the People”, that has always fascinated me. In it, Rembrandt sketches a straight horizontal line. Perfectly straight and perfectly horizontal. It is the border of the powerful dais, the podium upon which the scene takes place. There, as Mies did so often, he has made the plane into a line. I am certain that Rembrandt and Mies would like our podium house, all podium, only podium. As would Adalberto Libera, who did the same thing when he built his Malaparte House in Capri. And we like it too. And when we look at our house from the beach, we will be reminded of all of them.” 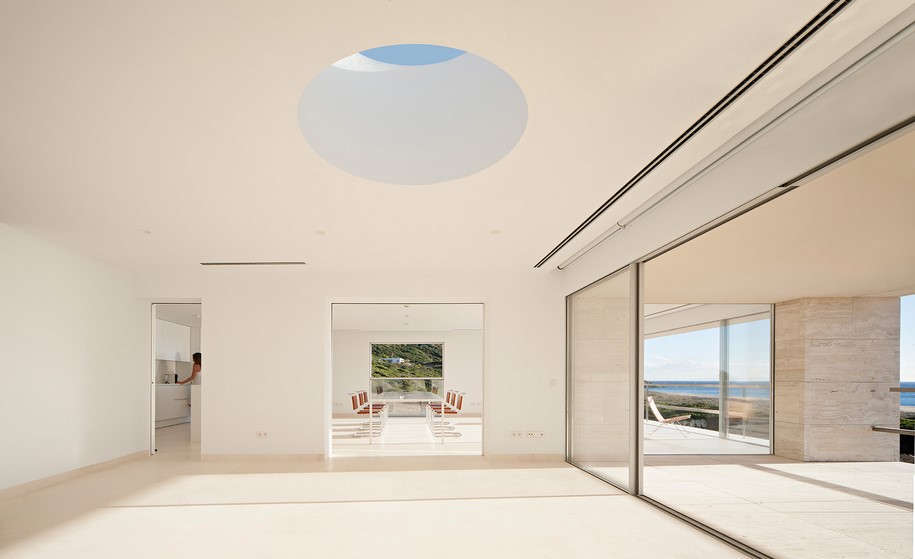 Alberto Campo Baeza wanted this house to be capable not only of making time stand still, but to remain in the minds and hearts of humankind.
The house of the infinite. 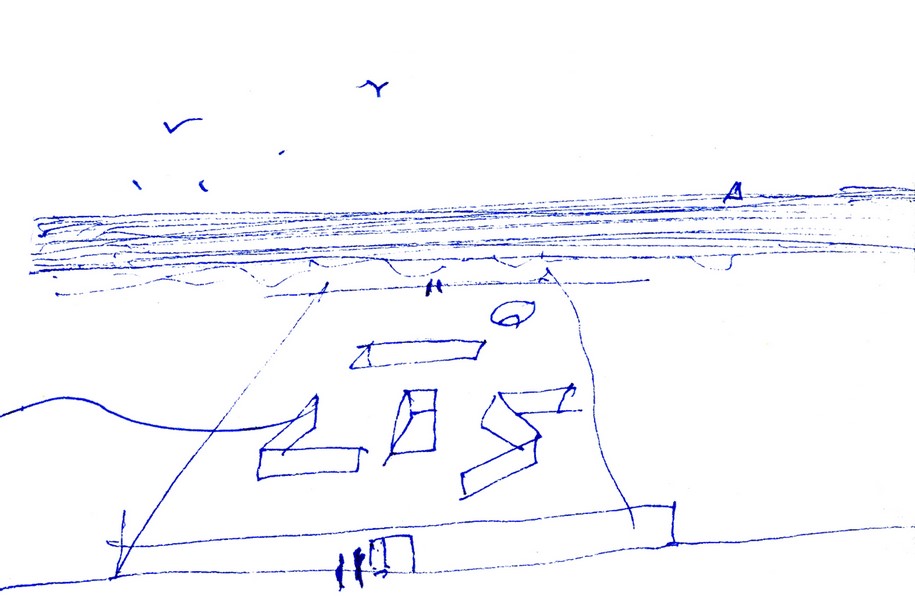 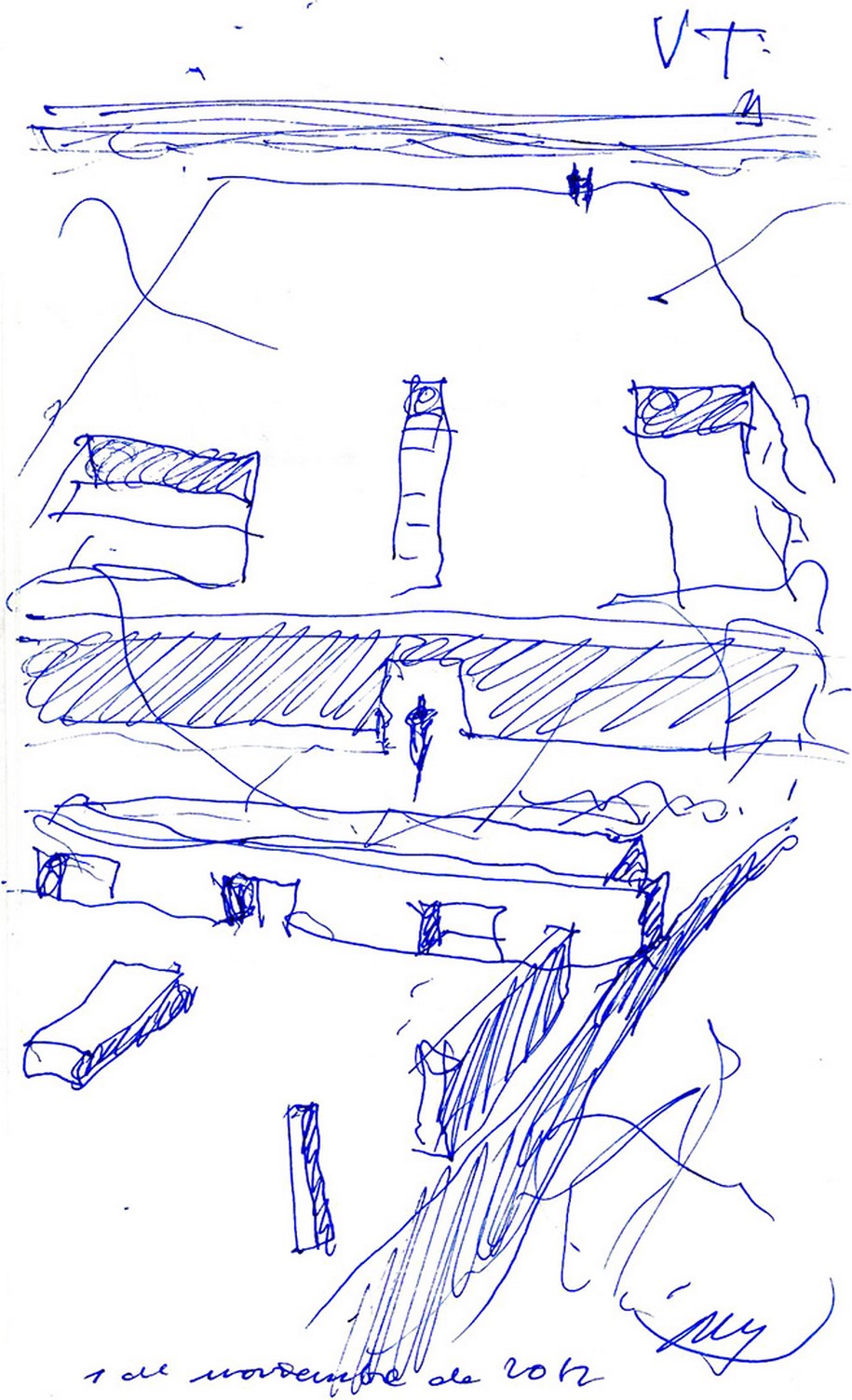 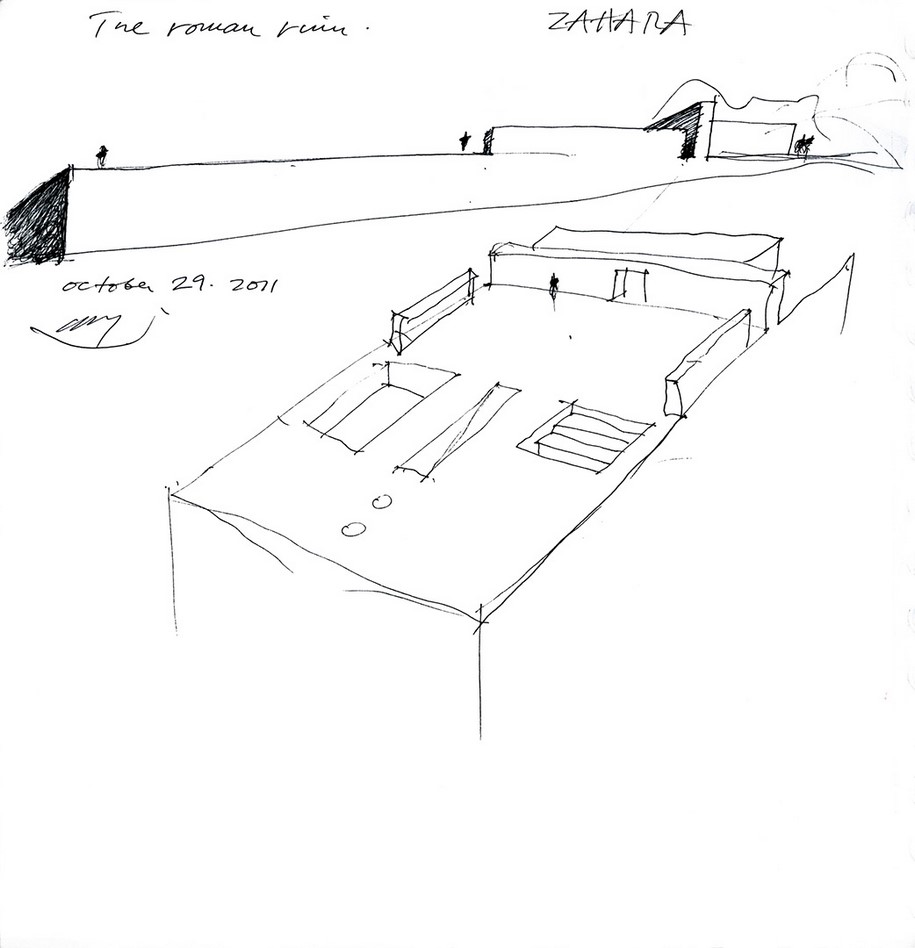 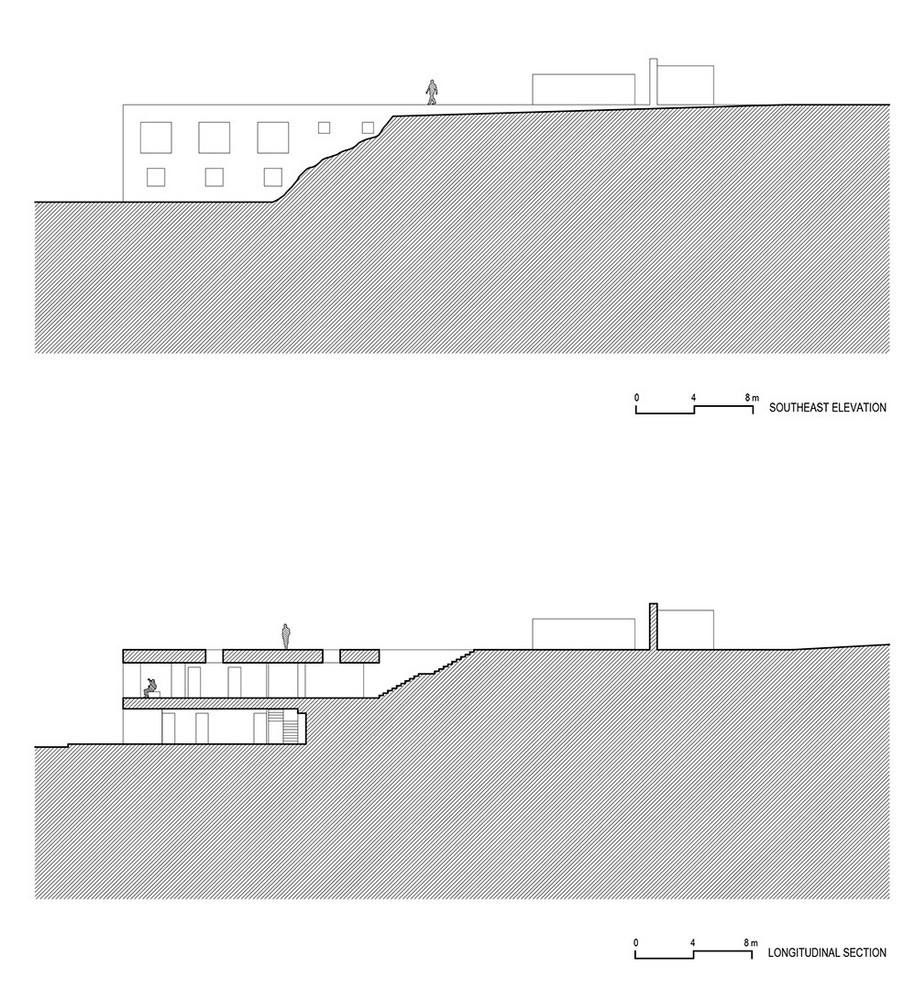 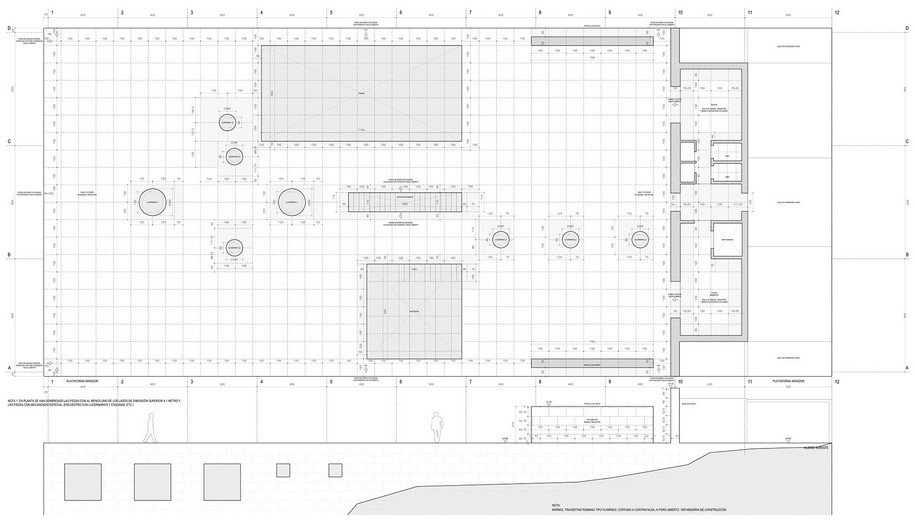 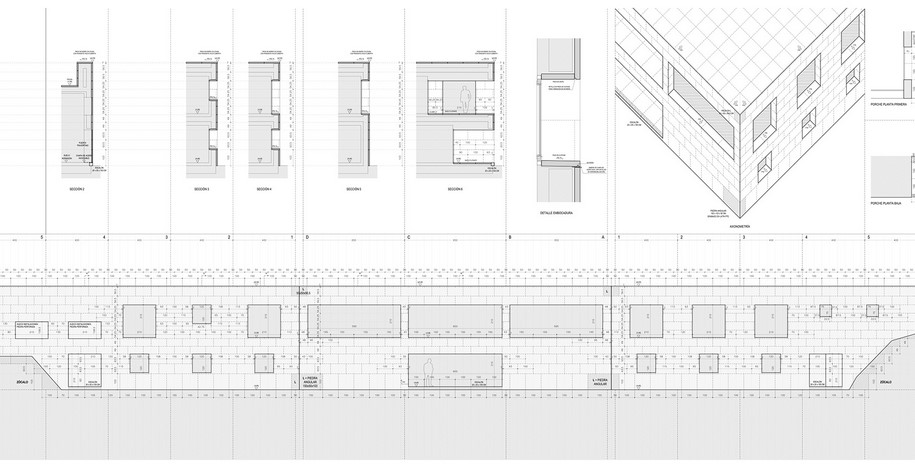 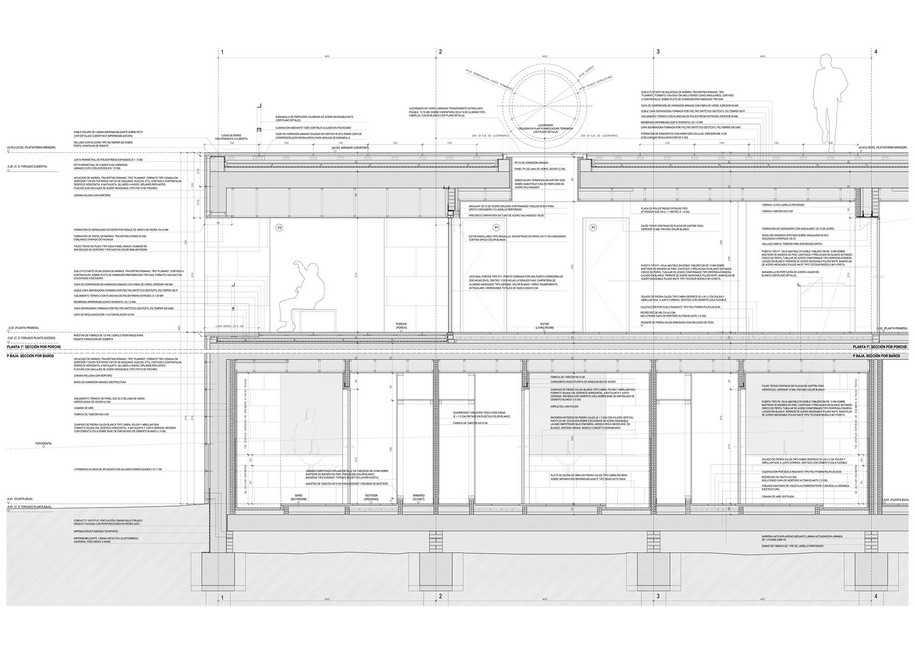 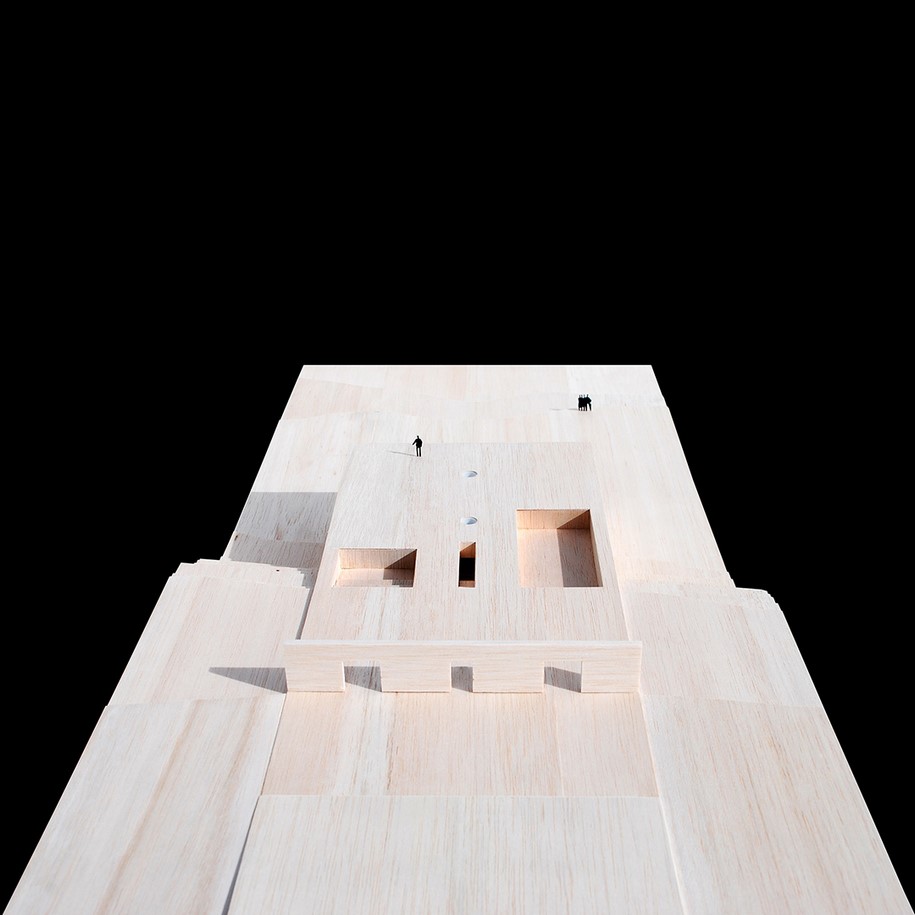 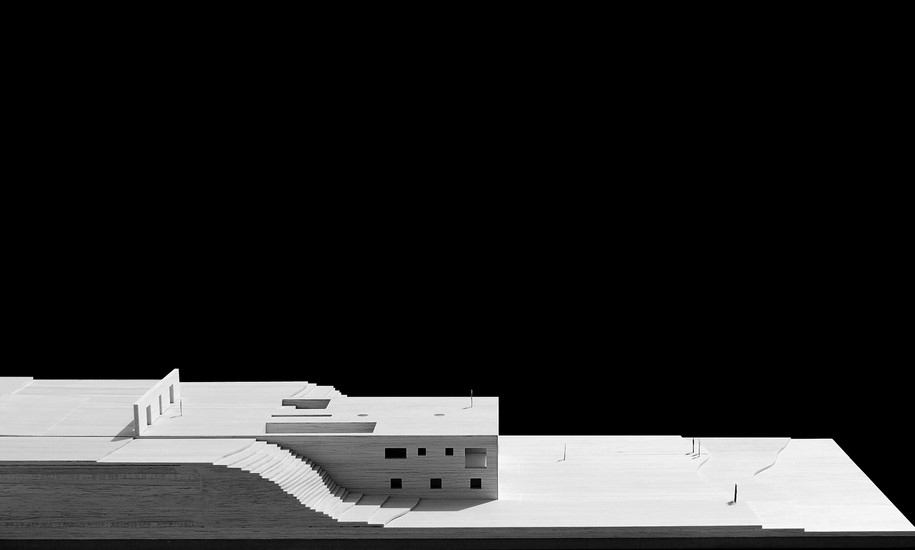 Apartment in Kolonaki by People architects | Furniture by Deloudis

by ELPIDA ROIDOUArchisearchhttps://www.archisearch.gr/wp-content/uploads/kolonaki-apartment-people-deloudis-cover-370x700.jpg
SHARE THIS PAGE
WITH YOUR FRIENDS