Since 1993 when Manuel, a journalist who loves rock music and opera almost as much as he loves social networks like Instagram, bought and moved into a 30-square-meter attic in Madrid’s Lavapiés neighborhood, the configuration of the space had not been modified.  Beach House is a vacation house in the center of a city without sea for a person who lives alone, a space that is especially enjoyable in solitude. 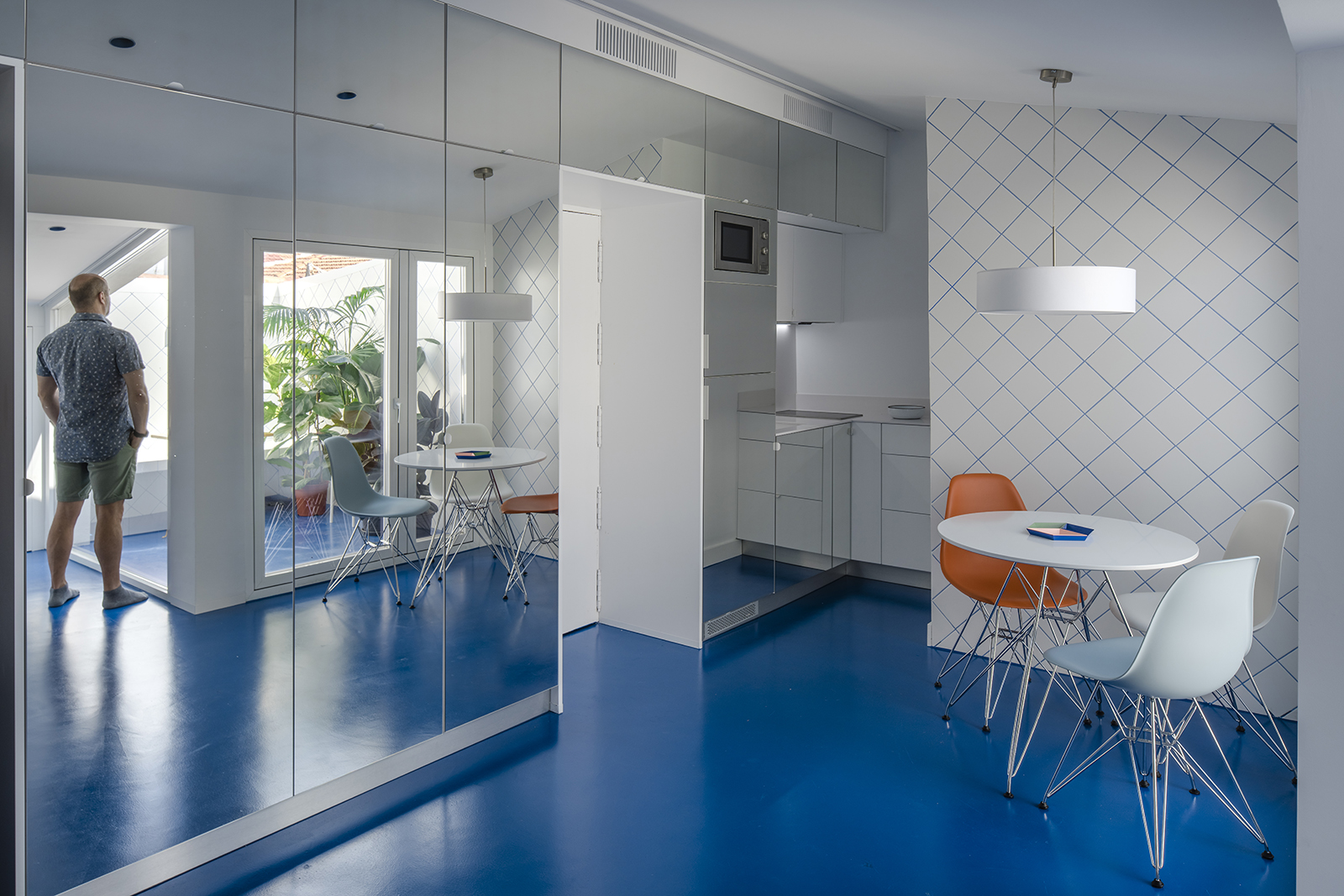 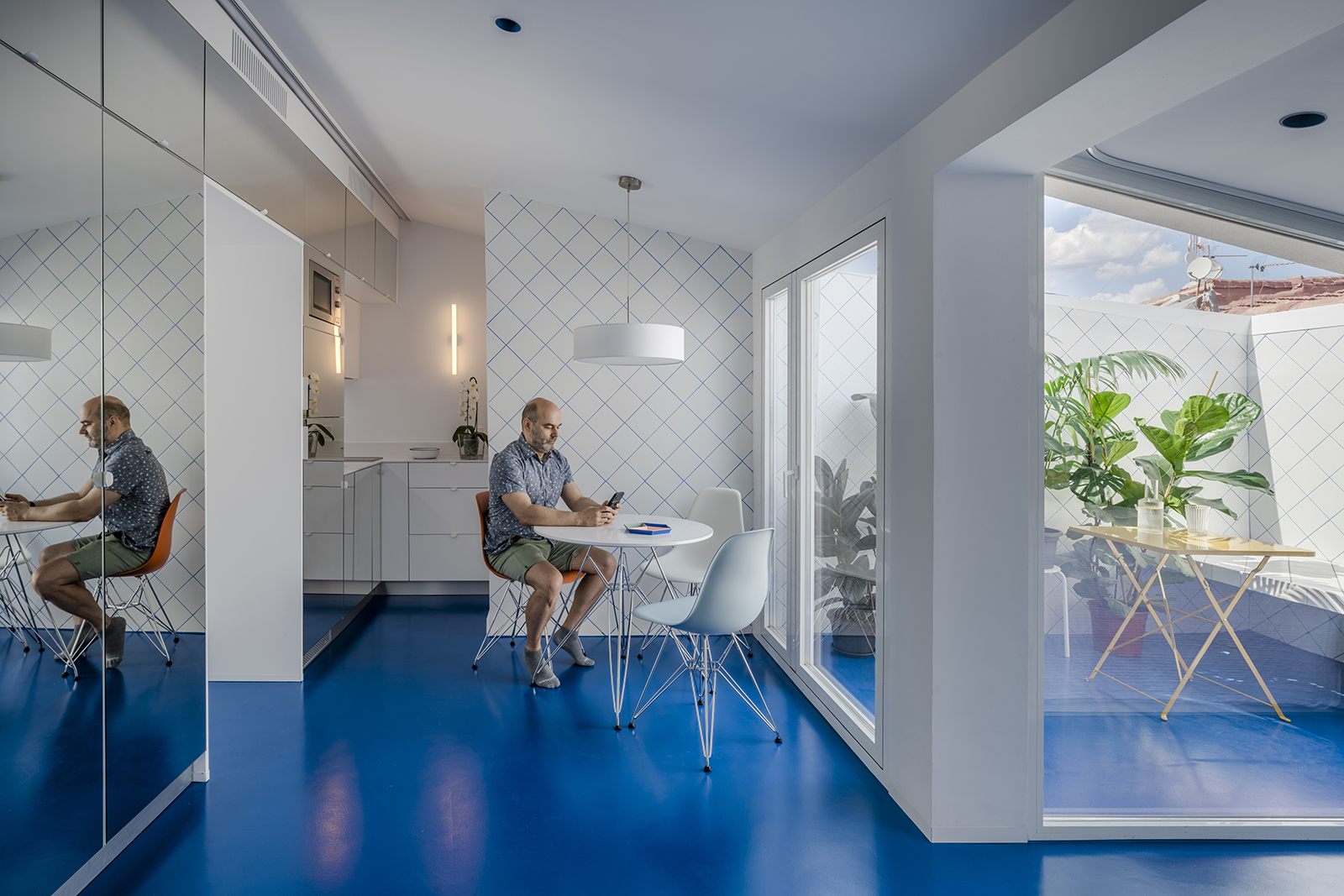 It was at the end of 2020, in the middle of the pandemic, when Manuel, no doubt influenced by the vital limitation that confinement meant to all of us, decided to make a total and radical renovation of his home. He contacted us and asked us for an injection of domestic optimism. 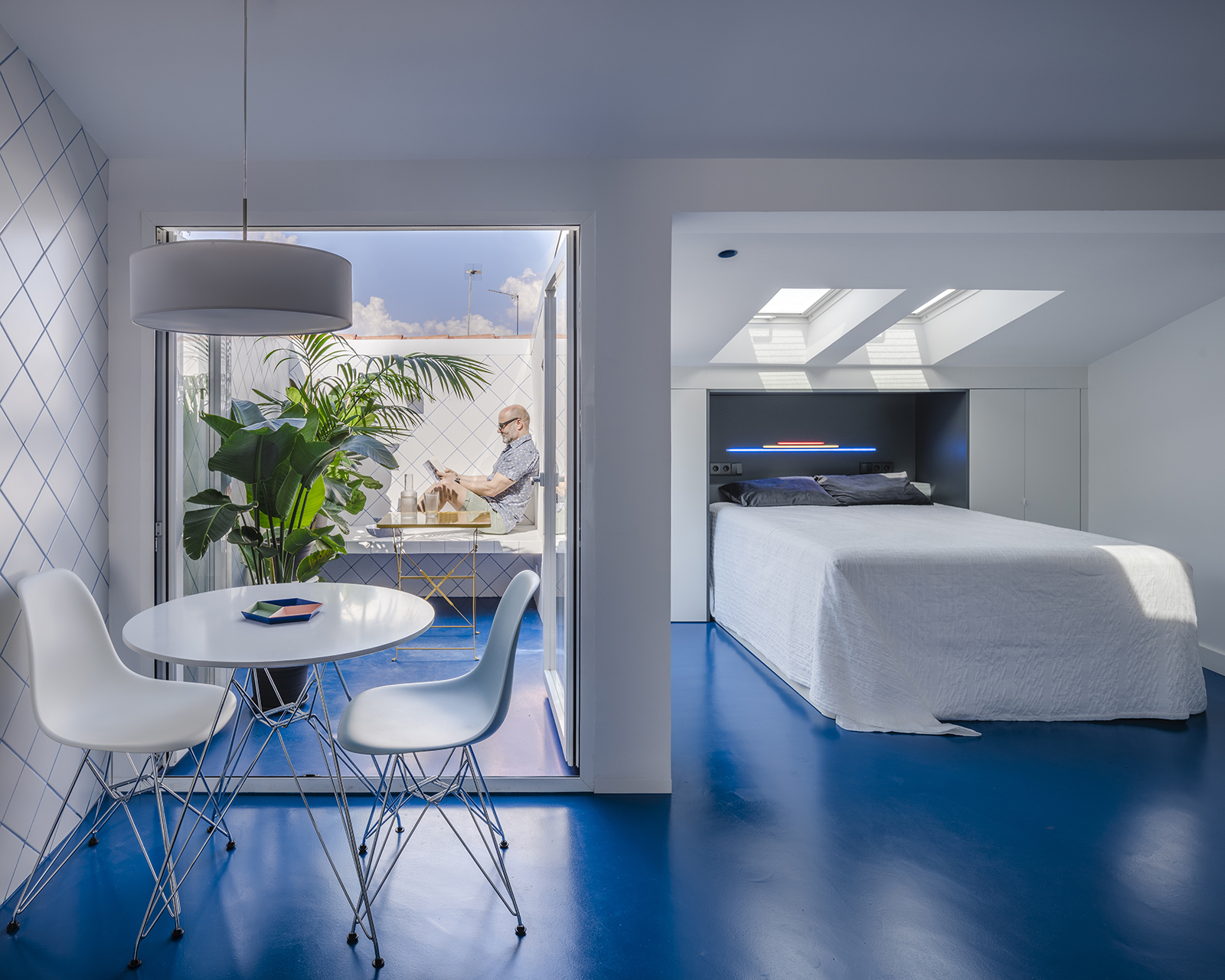 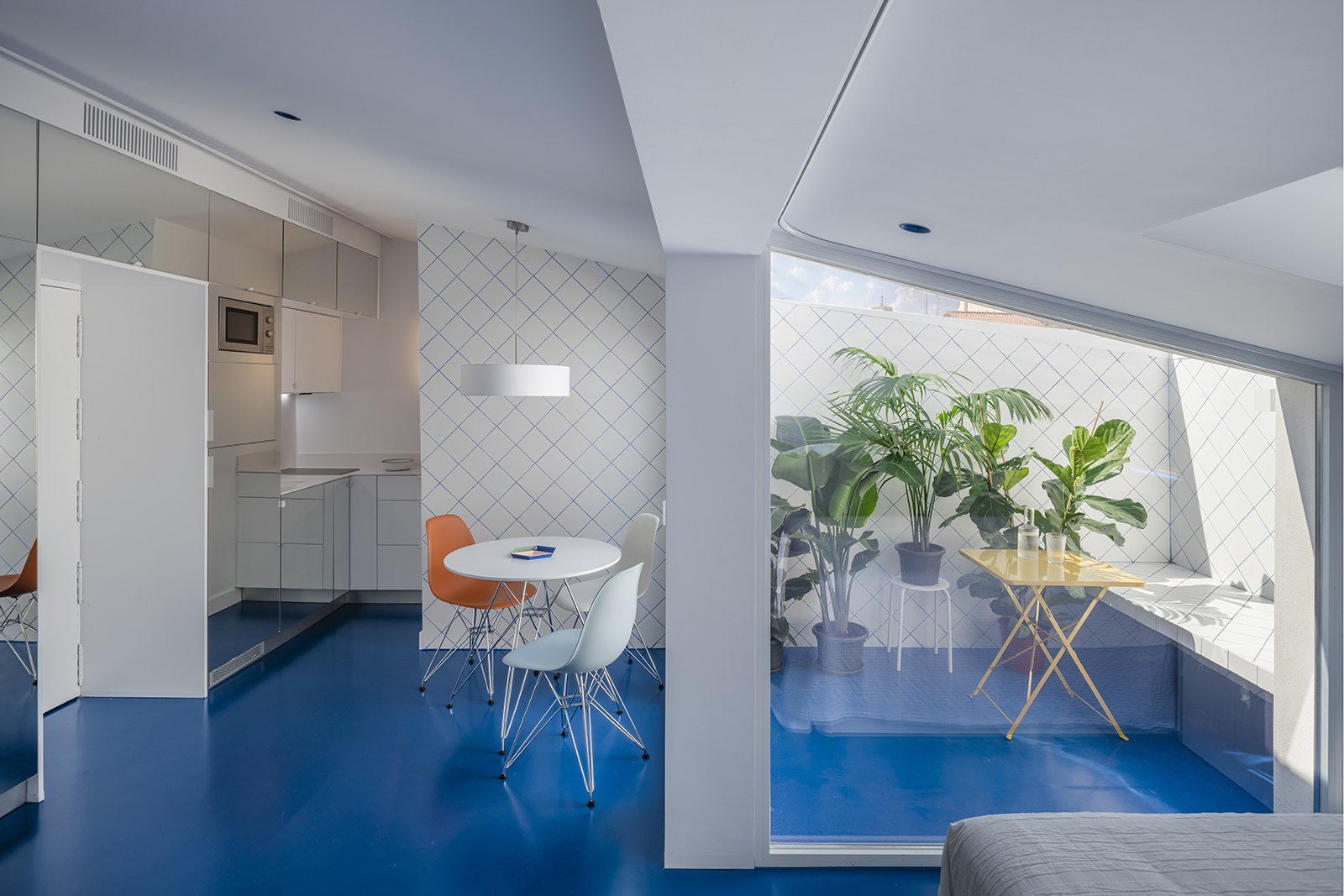 When the architects arrived, they were truly clear about the actions to transform this space into a new one. They can be summed up in three words: demolish, perforate and furnish. The load-bearing wall between the bedroom/terrace and the living/kitchen/dining room is removed to generate unity; new perforations are made in the roof to introduce as much natural light as possible, and the perimeter of the house is equipped with a new floor-to-ceiling storage system, covered with mirrors which make it disappear. Three operations as clear as they are precise, with minimum energy and maximum results. 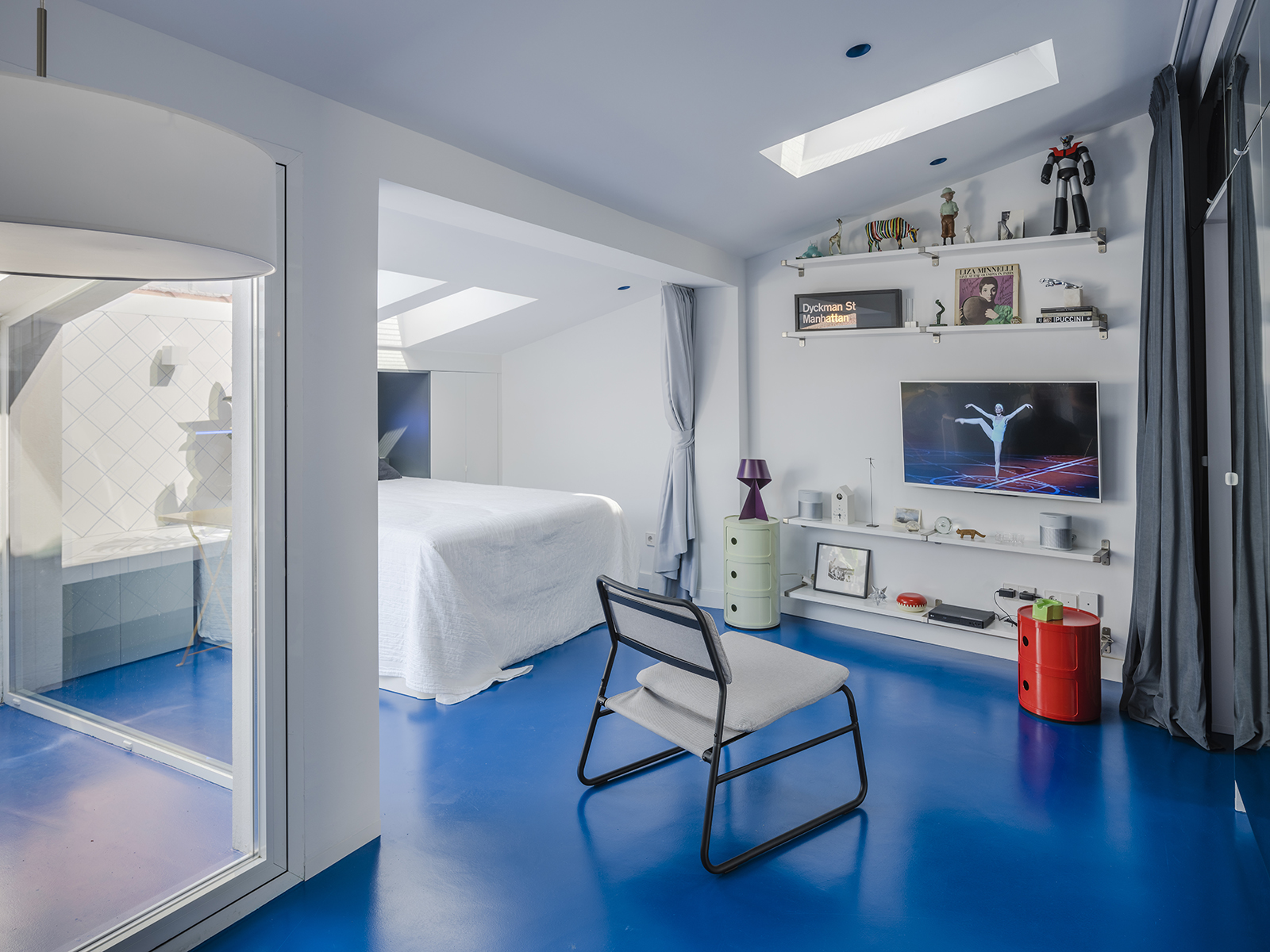 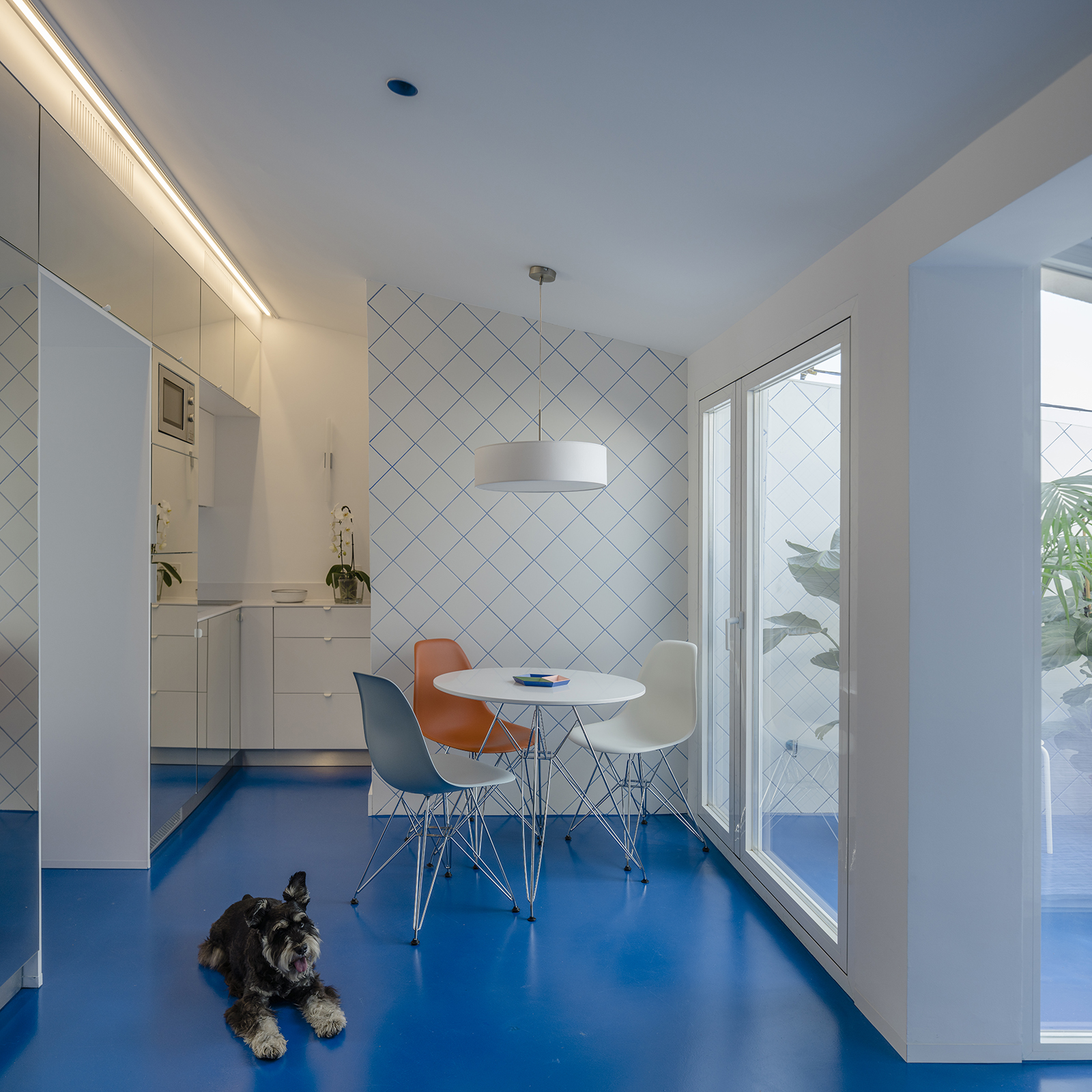 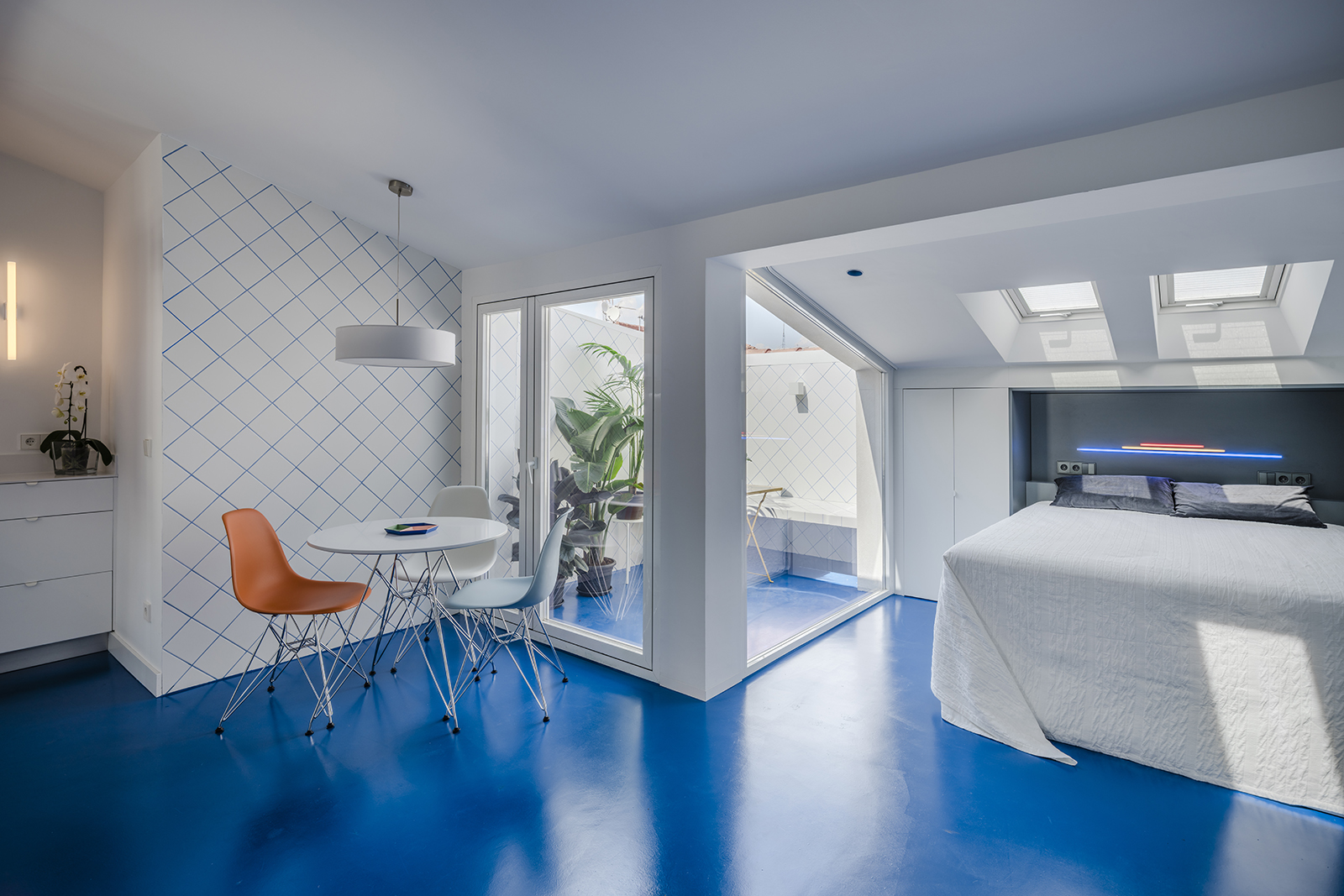 The answer is a bright, carefree and comfortable house, adjectives intrinsic to a beach house. The materials used are few but very well chosen: ceramic, paint and mirror. 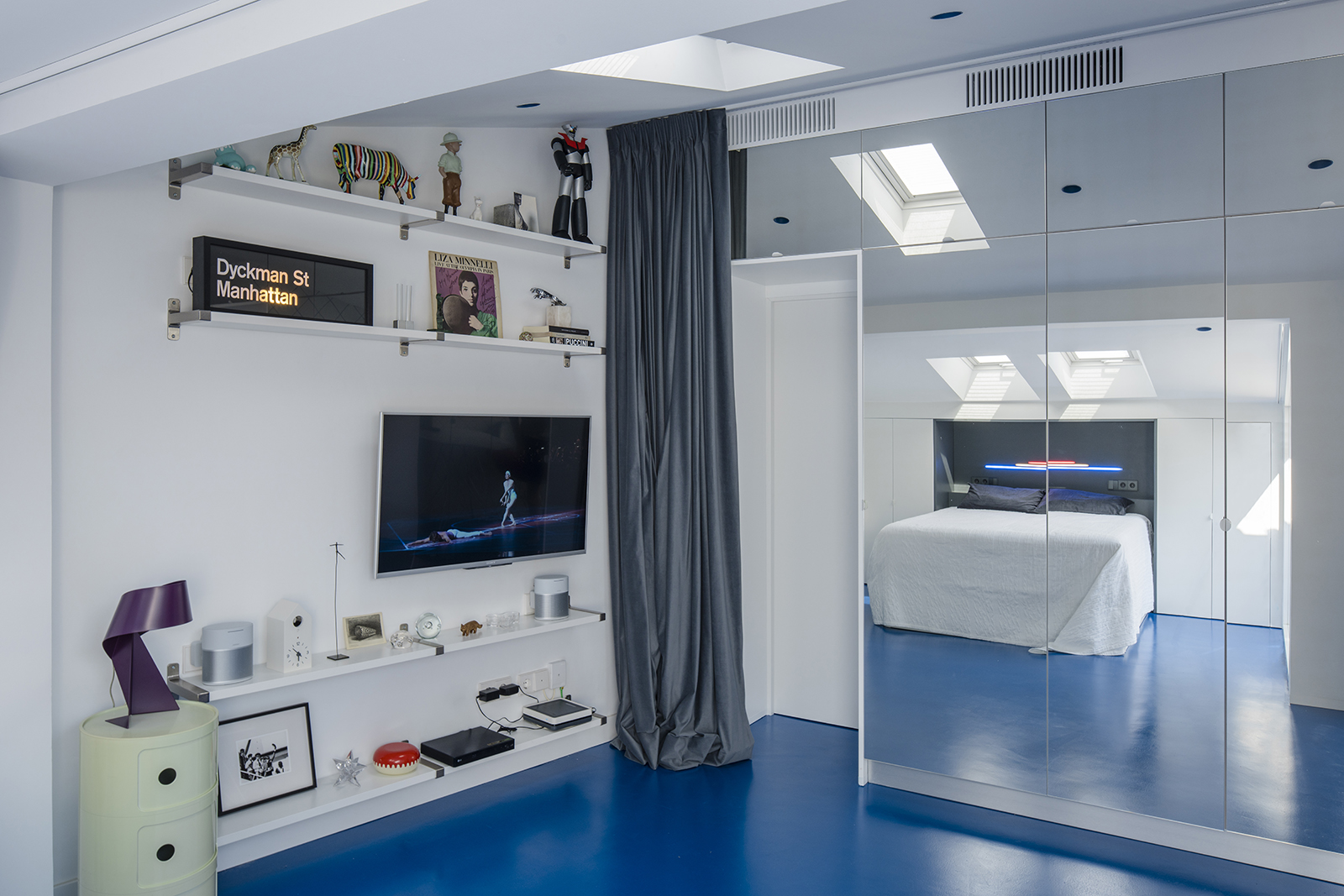 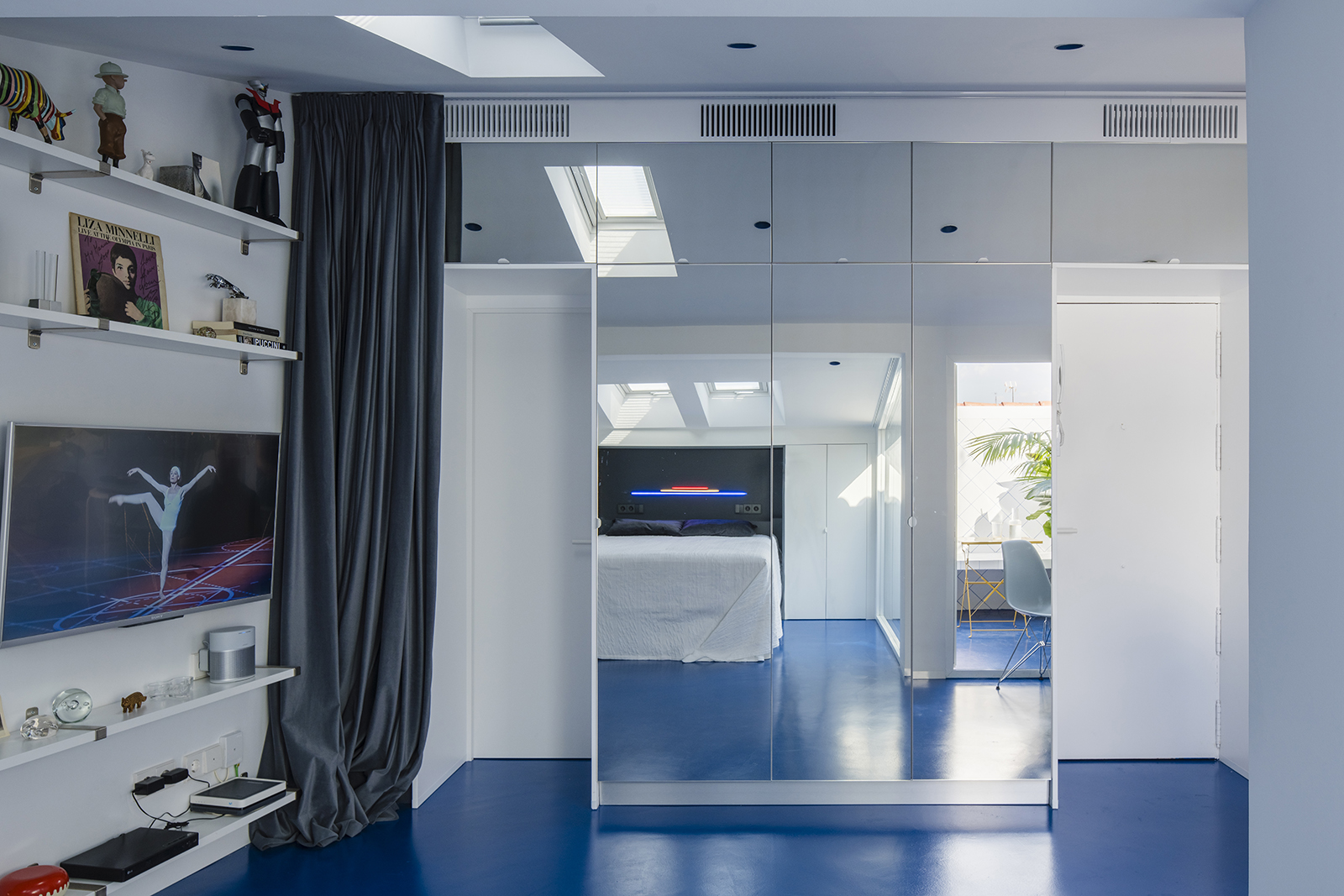 The final image of the attic is a large qualified room, spatial, luminous, thermally efficient and with an atmosphere that can be modified, turning the room into a scenography that opens and closes according to the mood, as the curtain of a theater opens and closes; a unitary and continuous environment, yet changeable if desired, where the passage from one room to another occurs in a fluid way, with the reference of the different (and few) pieces of furniture that make it up (a table, three chairs, a lamp, an armchair and a bed), and where the common denominator is the floor: a Klein blue polyurethane paint that runs throughout the house, as if it were a marine carpet, helping to blur the boundaries between interior/exterior, public/private, open/closed. 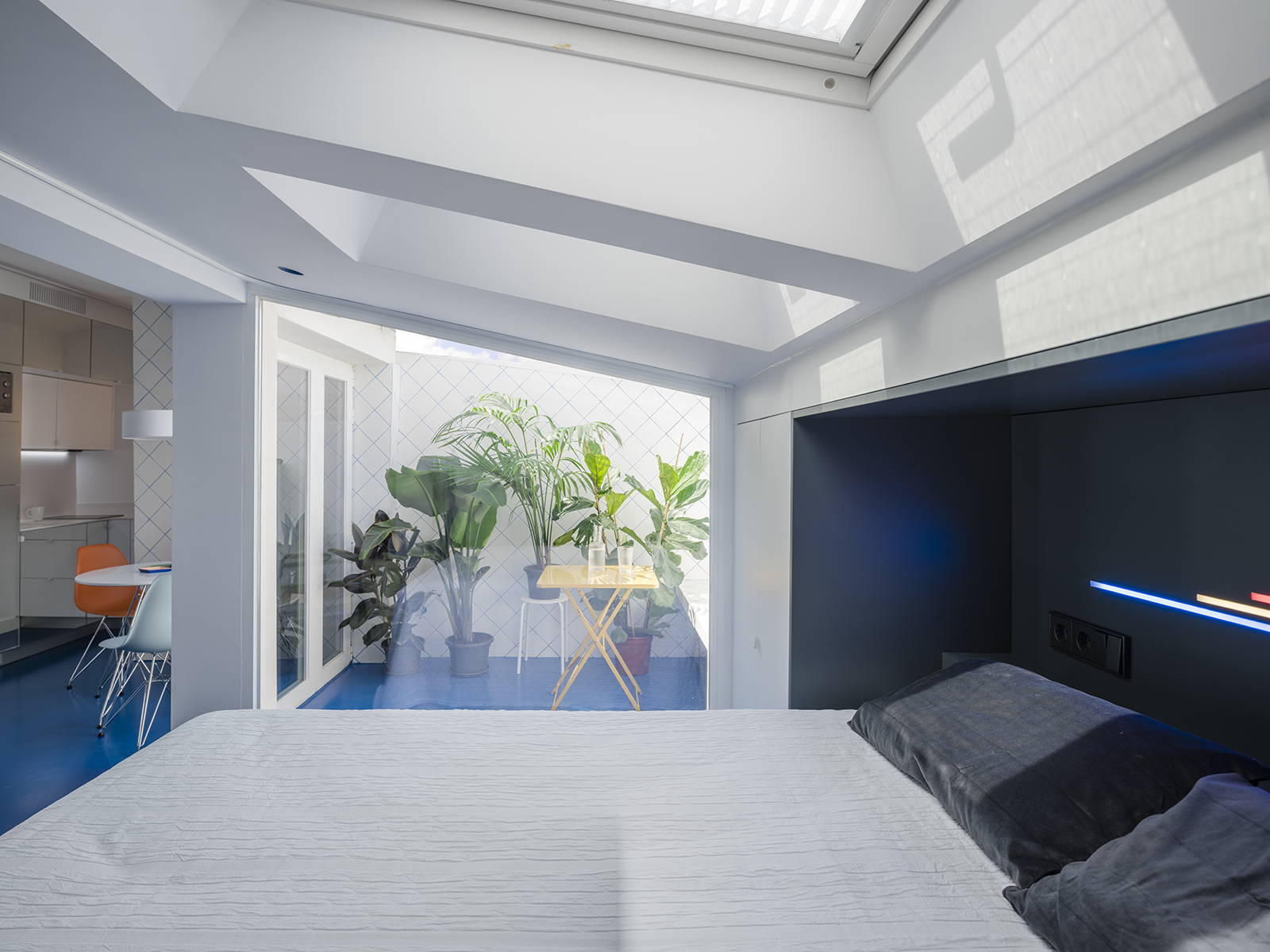 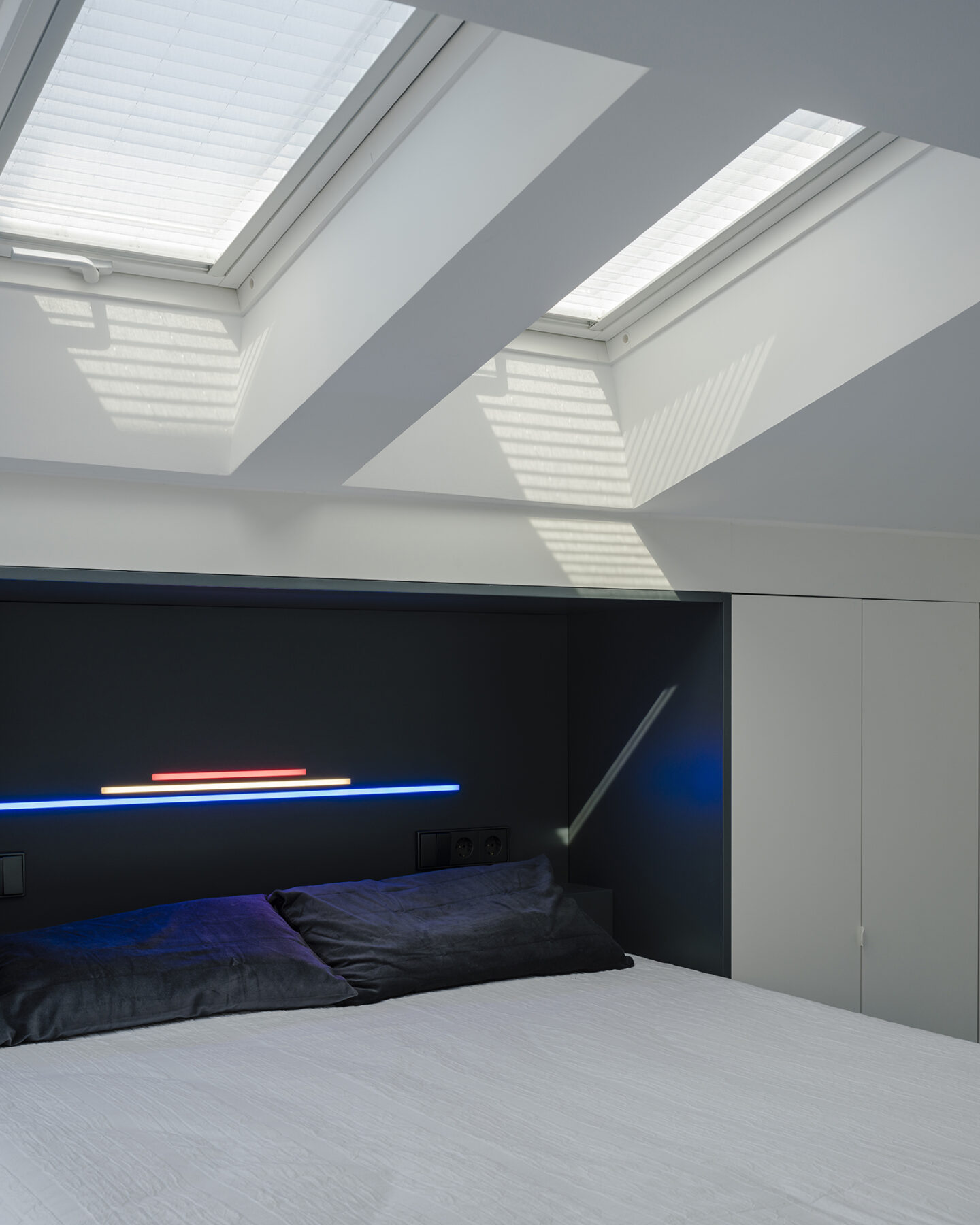 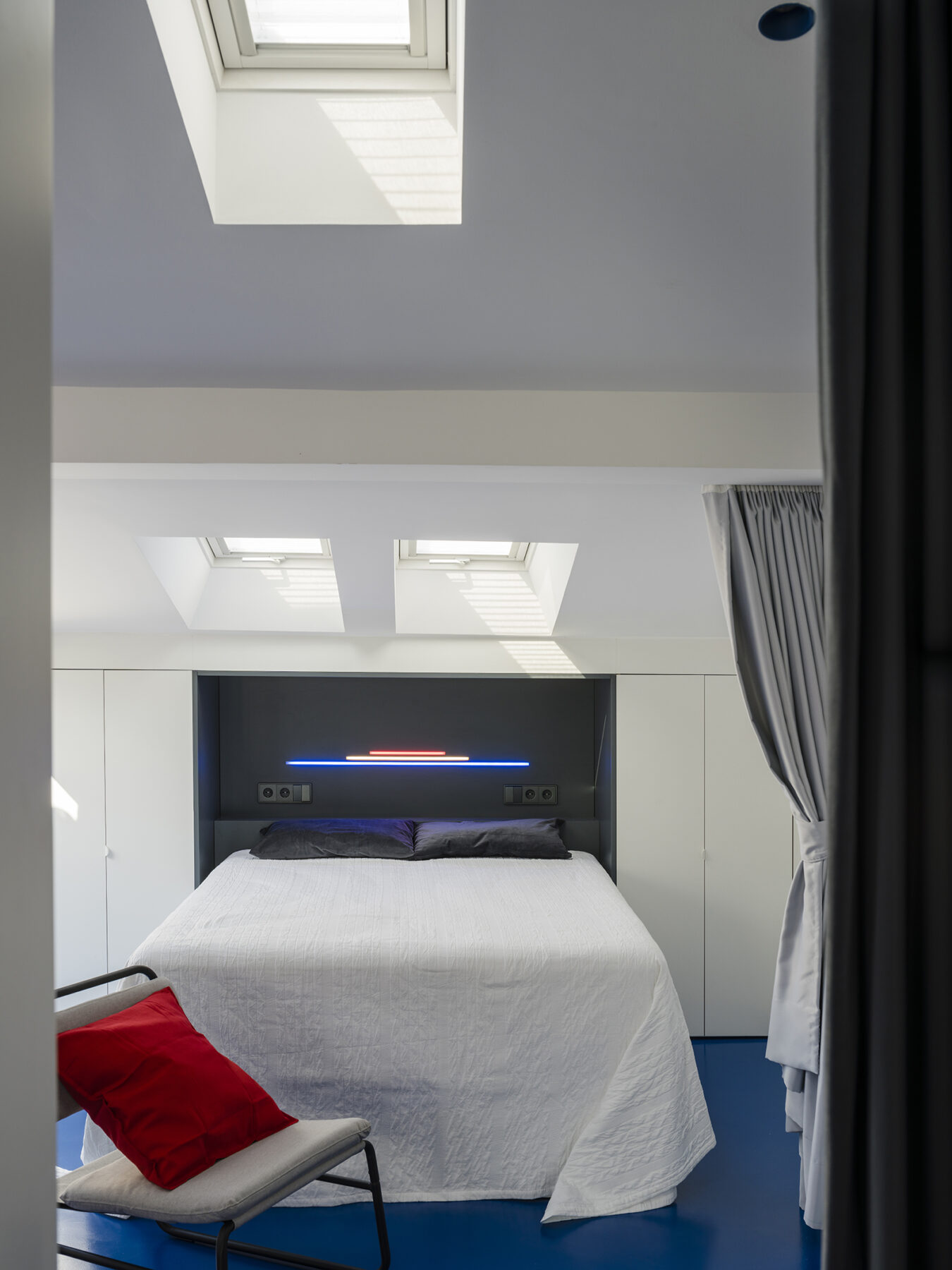 The terrace, which is connected to the interior through a ceramic wall turned 45 degrees, becomes another room that introduces light and ventilation in which there is a bench of the same material that invites you to lie down to take a nap on summer afternoons, eat with friends or just sit and read. 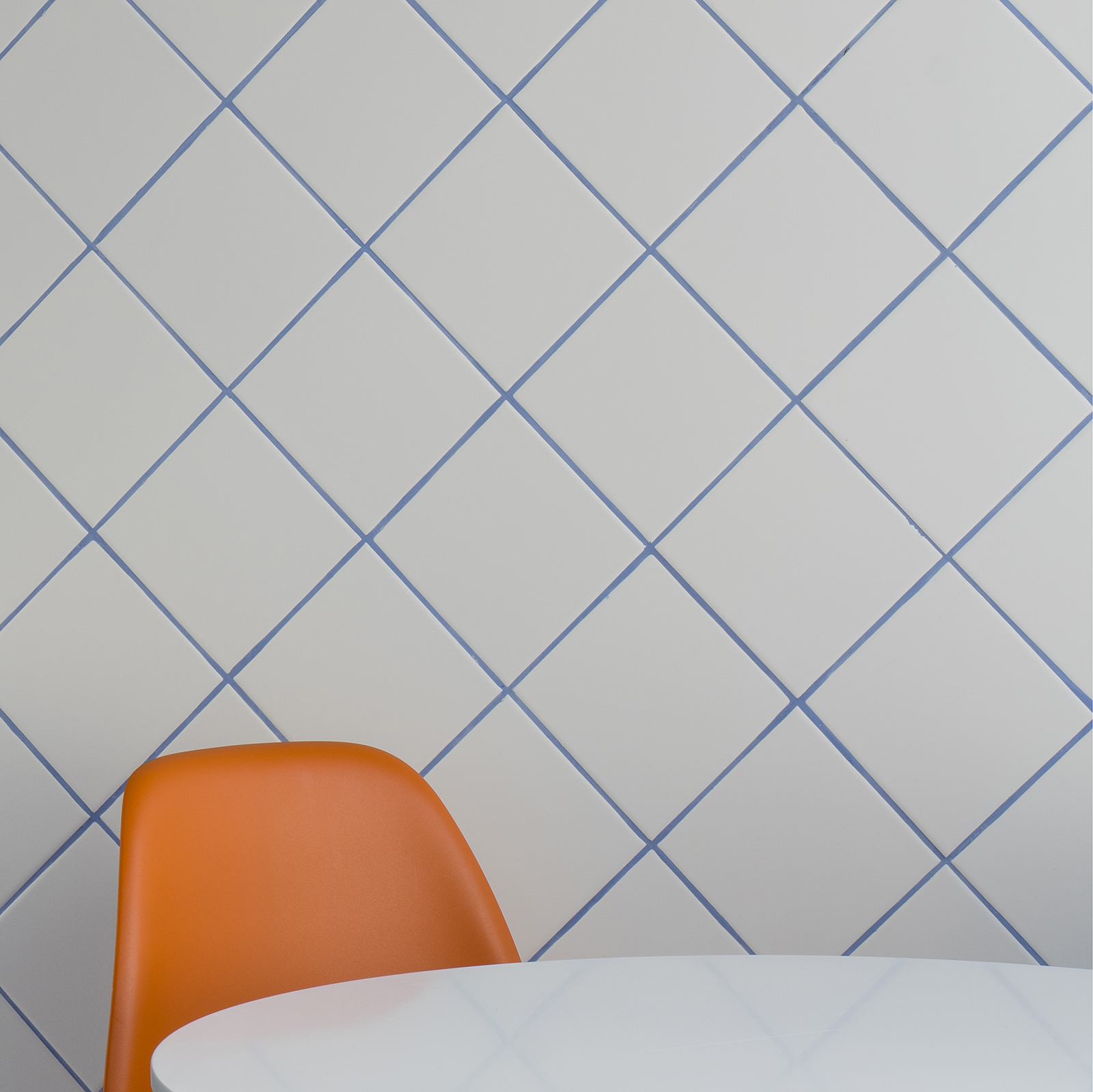 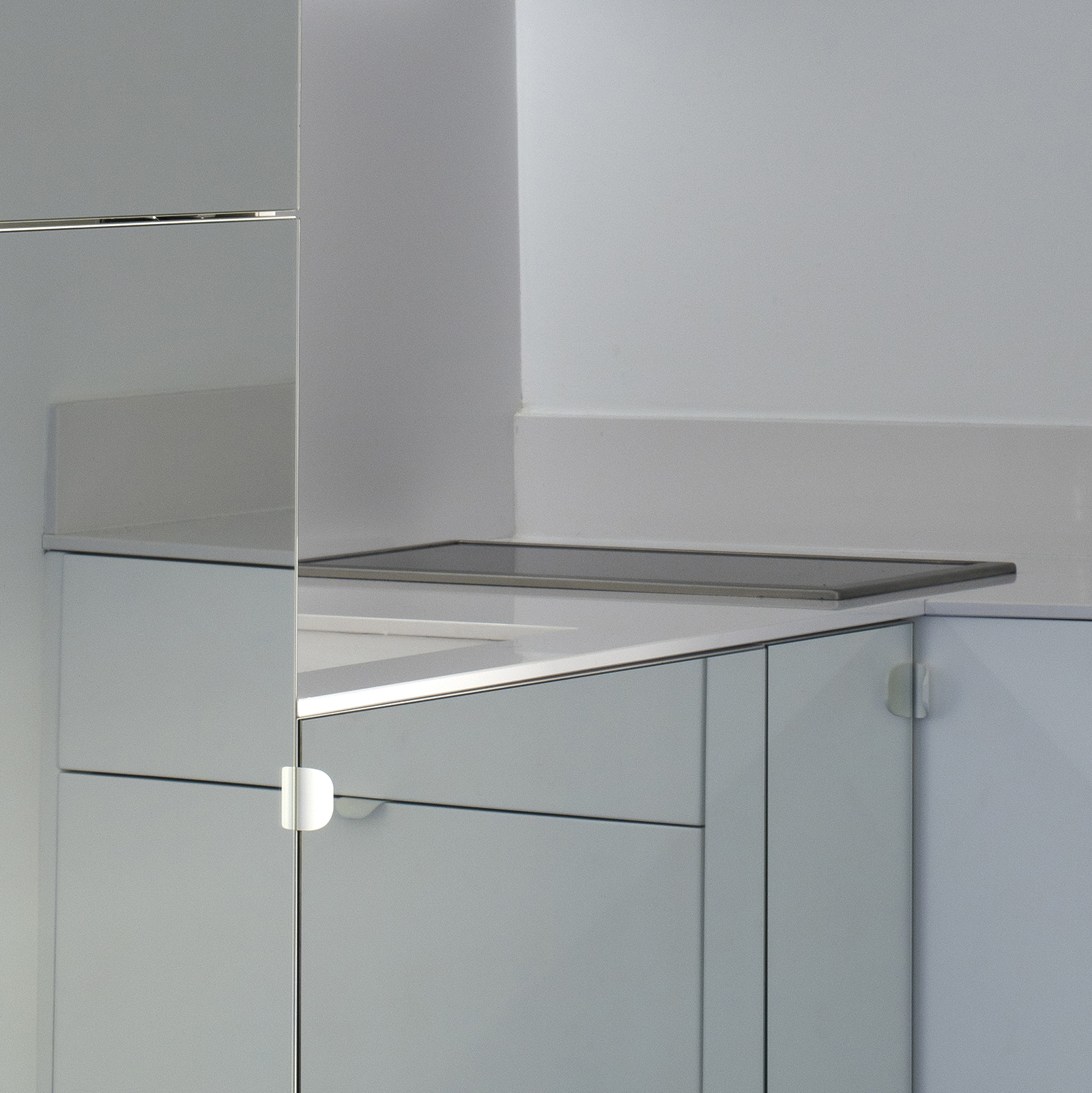 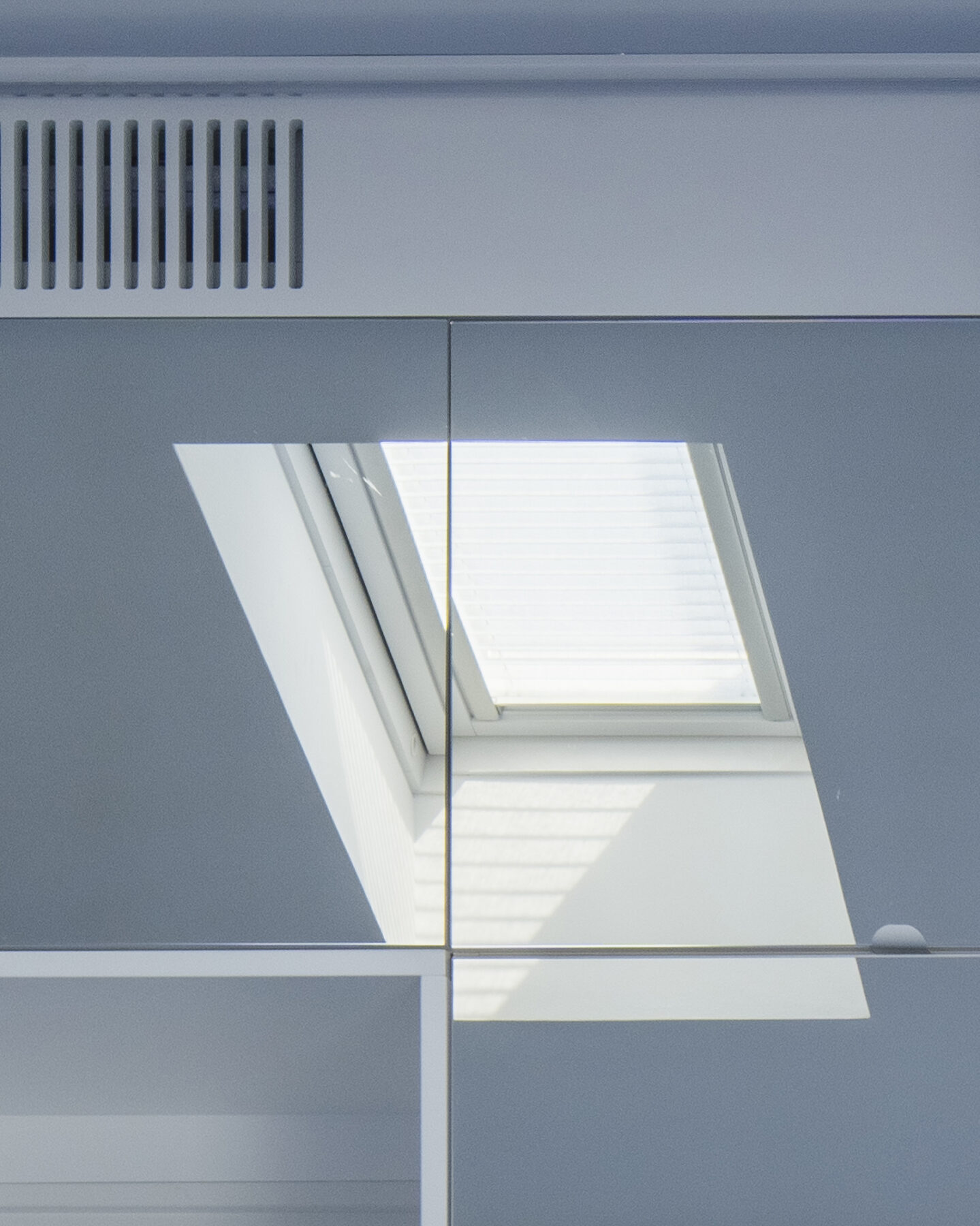 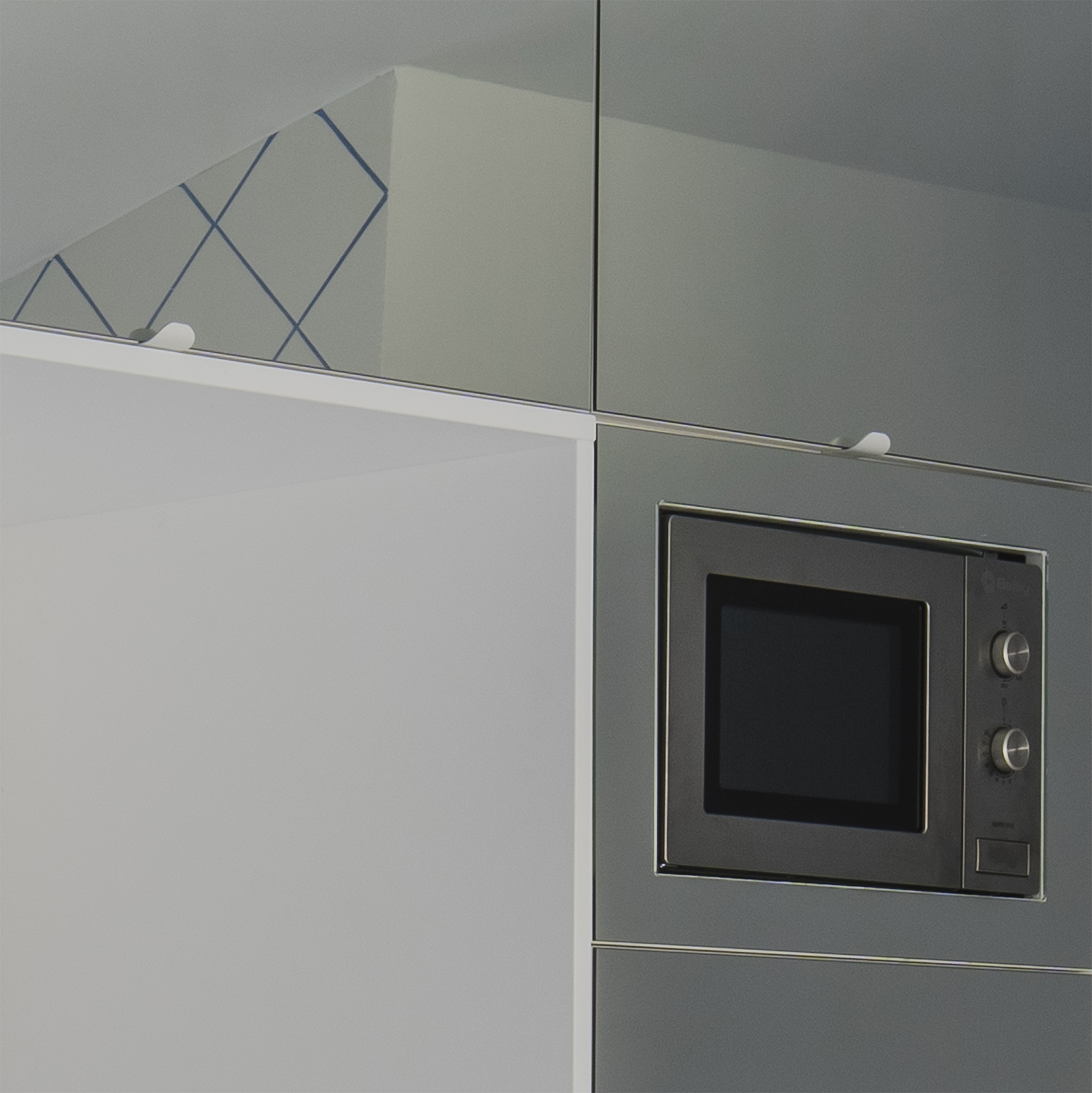 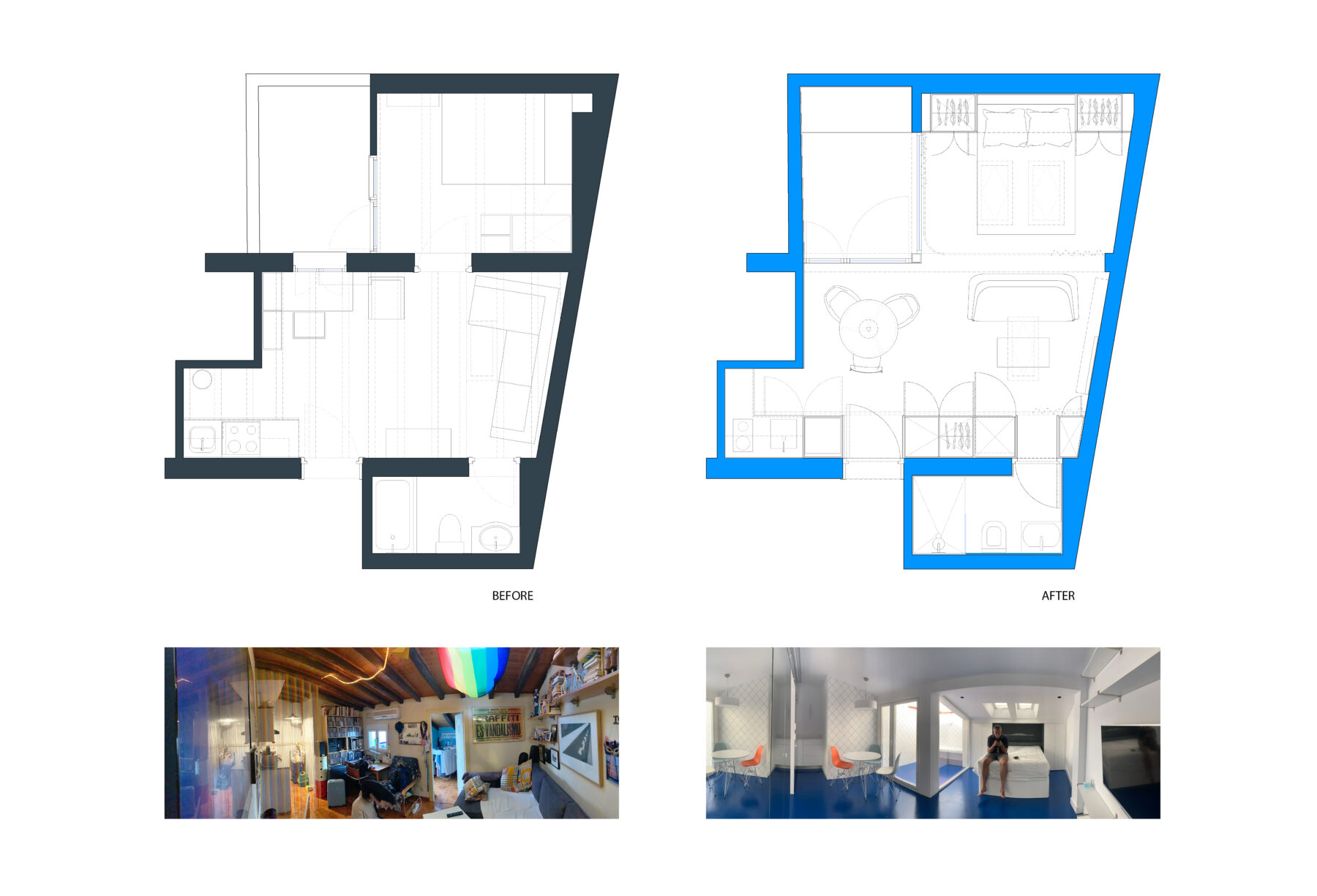 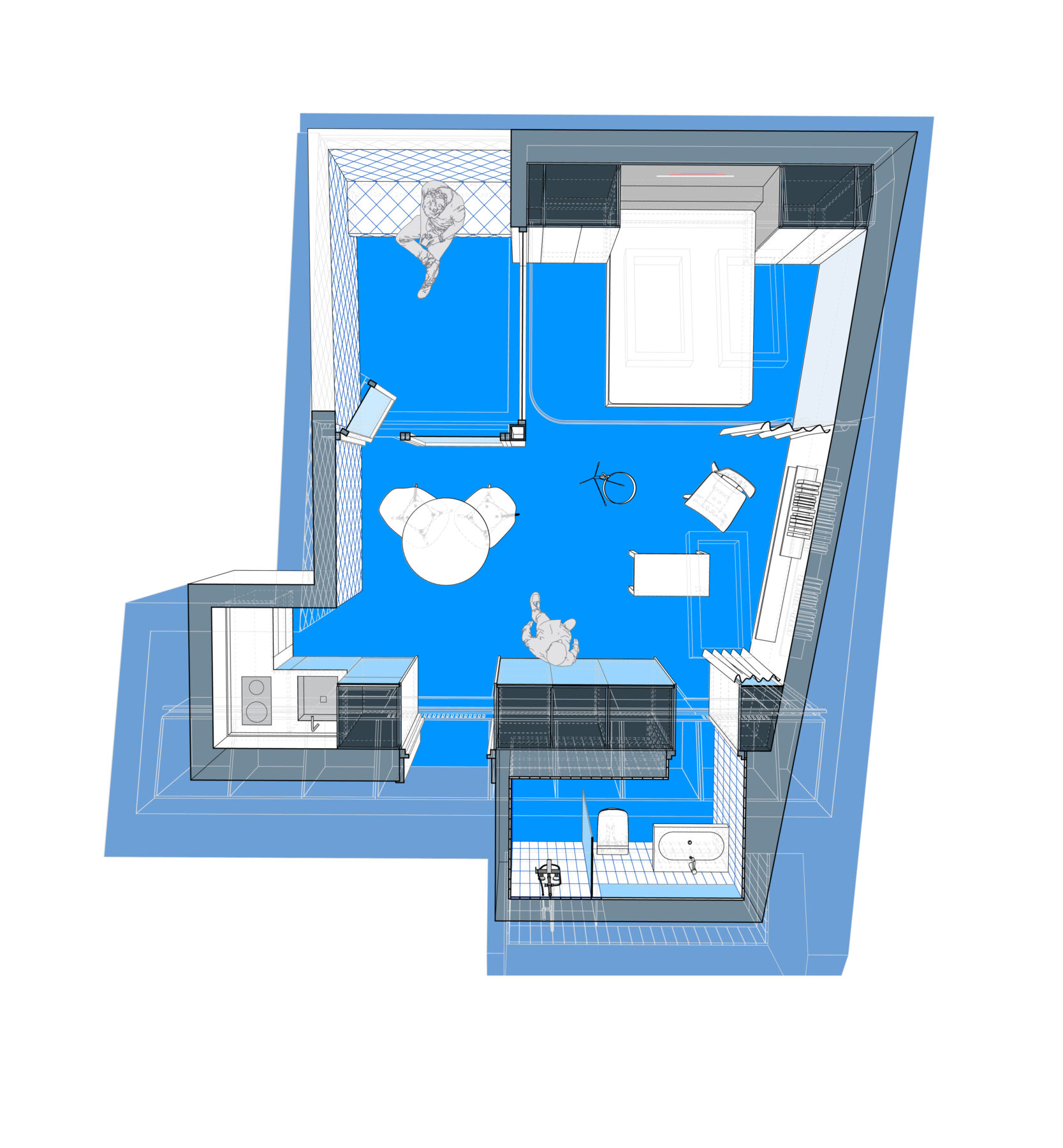 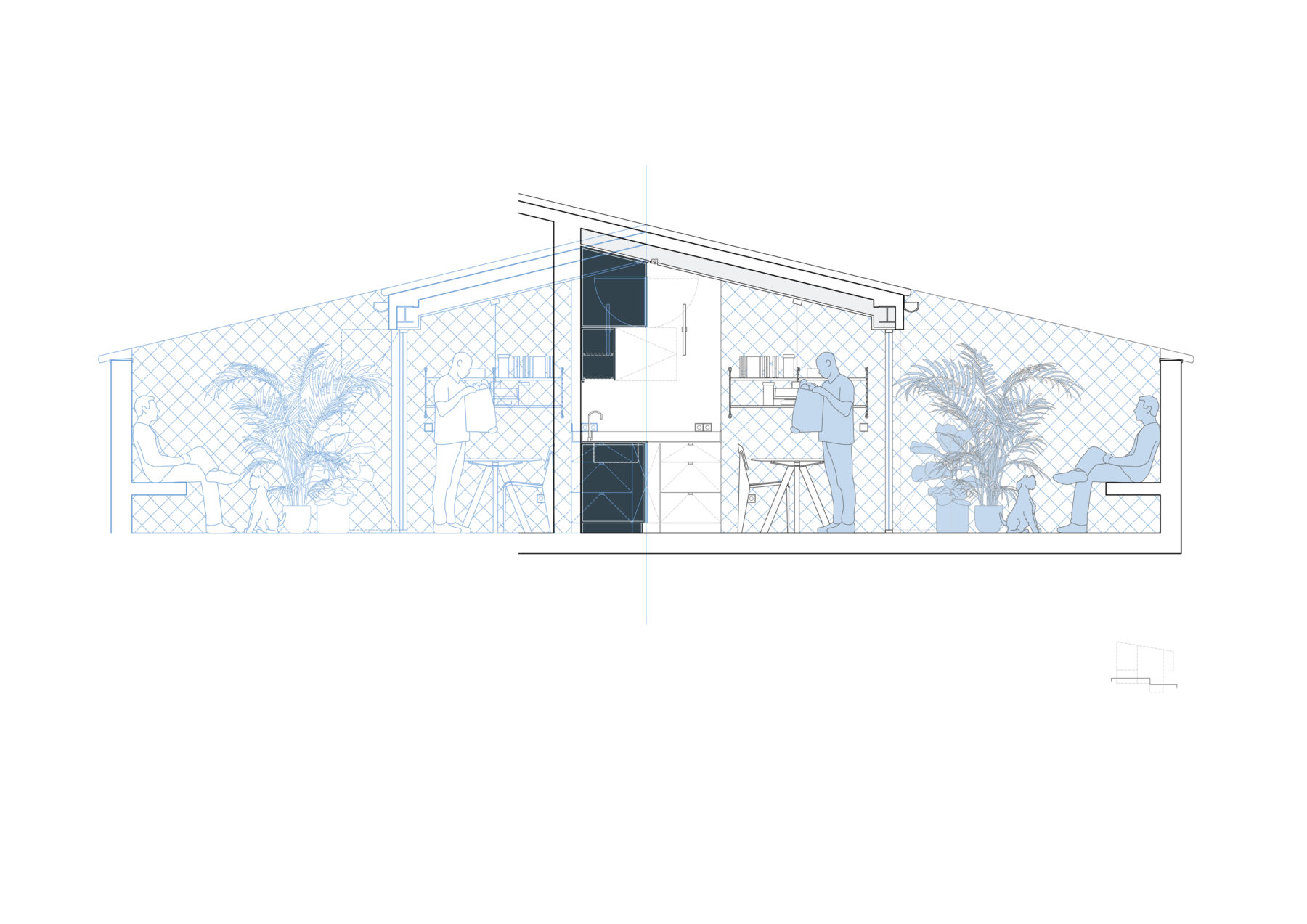 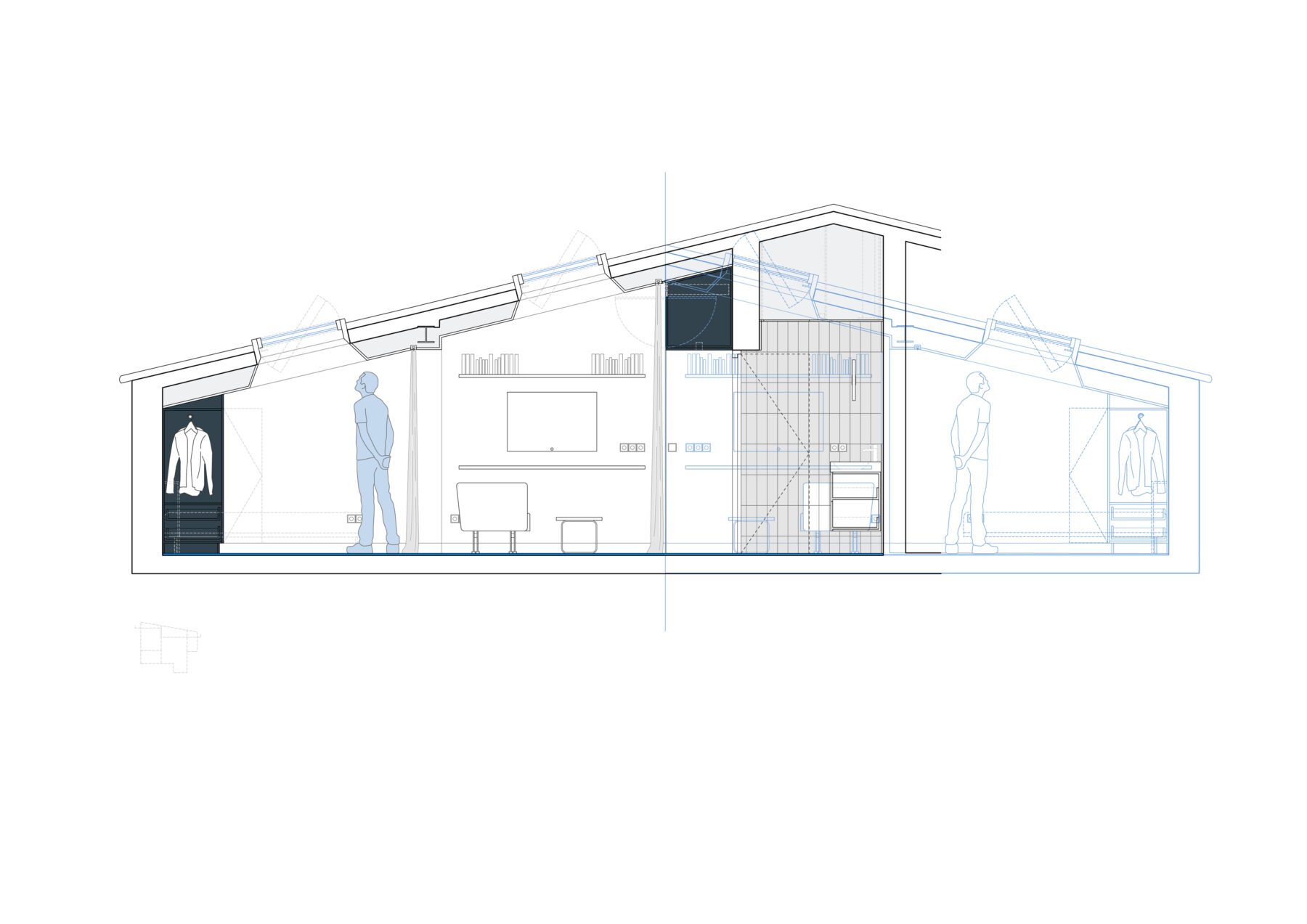 by MELINA ARVANITI-POLLATOUArchisearchhttps://www.archisearch.gr/wp-content/uploads/VA20205-Edit-370x700.jpg
SHARE THIS PAGE
WITH YOUR FRIENDS