I AGREE
Archisearch https://www.archisearch.gr/wp-content/uploads/old-site/ammo-interiors-1.jpg
In just two short years since founding her design practice in 2010, Joyce Wang has won Best of Year Award by INTERIOR DESIGN magazine, has given a face-lift to the guest rooms at legendary Hollywood Roosevelt Hotel as well as realized the design behind AMMO, the restaurant and bar situated the Asia Society Hong Kong Centre.

Having started out with a double-major in Architecture and Materials Science at the Massachusetts Institute of Technology, a beginning that greatly influenced the selection of innovative materials and architectural approach present in her current work – Wang’s career took a change of direction after attending the Royal College of Art in London. Her exposure to and collaborations with fashion designers, jewelry artisans as well as filmmakers shaped her approach to interior design.
Through cinematic references and interdisciplinary inspirations, her work elicits a sense of drama and narrative designed to captivate and engage its audience. Wang was fortunate enough to be able to put her approach to the test in her most recent pair of commissions – The Hollywood Roosevelt Hotel in Los Angeles and AMMO restaurant in Hong Kong – both richly steeped in their respective histories and heritage. Set in the heart of Hollywood, the Roosevelt Hotel is legendary for its lavish nightlife and celebrity clientele.
Wang’s approach was to create a timeless glamour that paid tribute to Old Hollywood and at the same time, attracted the hottest and latest stars of Hollywood. The result was a midcentury Palm Springs play-pad that fused retro silhouettes with modern materials and finishing. The furnishings referenced mid-century masters such as Eames and Baughman, while the overall experience alludes to an aesthetic found in modern cinema.
The site of AMMO restaurant demanded equal, if not a more challenging brief. Previously an explosives magazine storage facility built in the 19th century, The Asia Society Hong Kong Center injected new life into the site fit for the cultural and heritage exchange between the
East and West. AMMO restaurant is nestled within this modern streamlined architectural feat whilst boasting a contrasting backdrop of tropical, almost primitive, greenery. Against this lush setting, Wang actively conveyed a sense of incongruity of time and heritage of military
exploits from the choice of materials and motifs to the designs of furniture and fittings. Copper appears as a predominant material in the restaurant space – a material commonly found in machine rooms and industrial settings. Through these juxtapositions, the diner is at once
confronted with a design that is retro yet futuristic; mechanical yet luxurious; surreal yet sensual. “I am especially excited to work on projects that have a heritage angle- whether it be the brand, site or client themselves. It allows one to create environments that reinvent traditions, sculpt narratives; begging the audience to question and interpret their surroundings.” In addition to her design practice, Wang is developing her own custom furniture and accessories collection. Current commissions include a hotel in Hong Kong, and residential projects in Los Angeles and Shanghai. 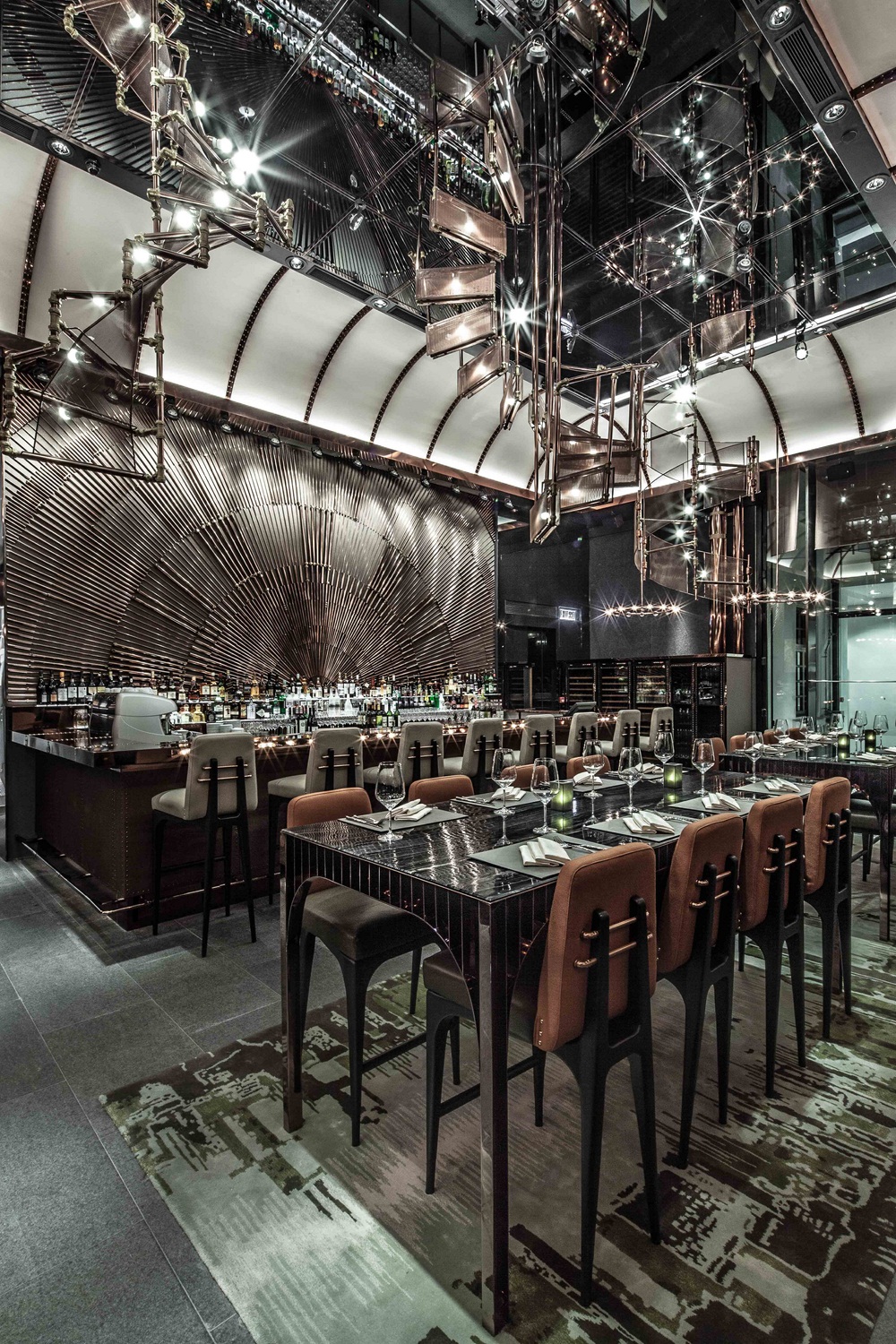 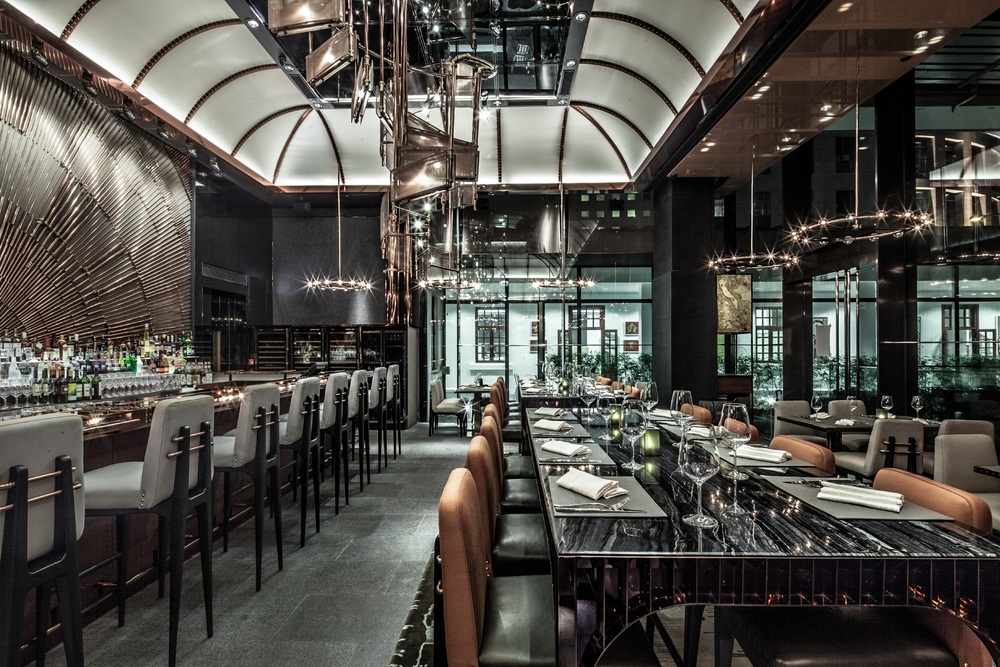 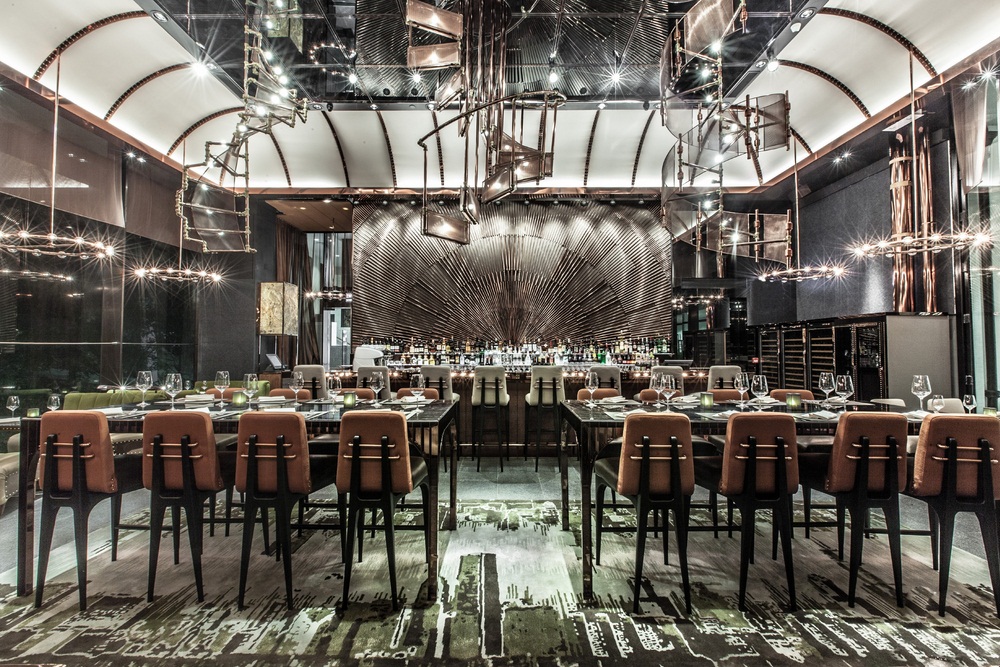 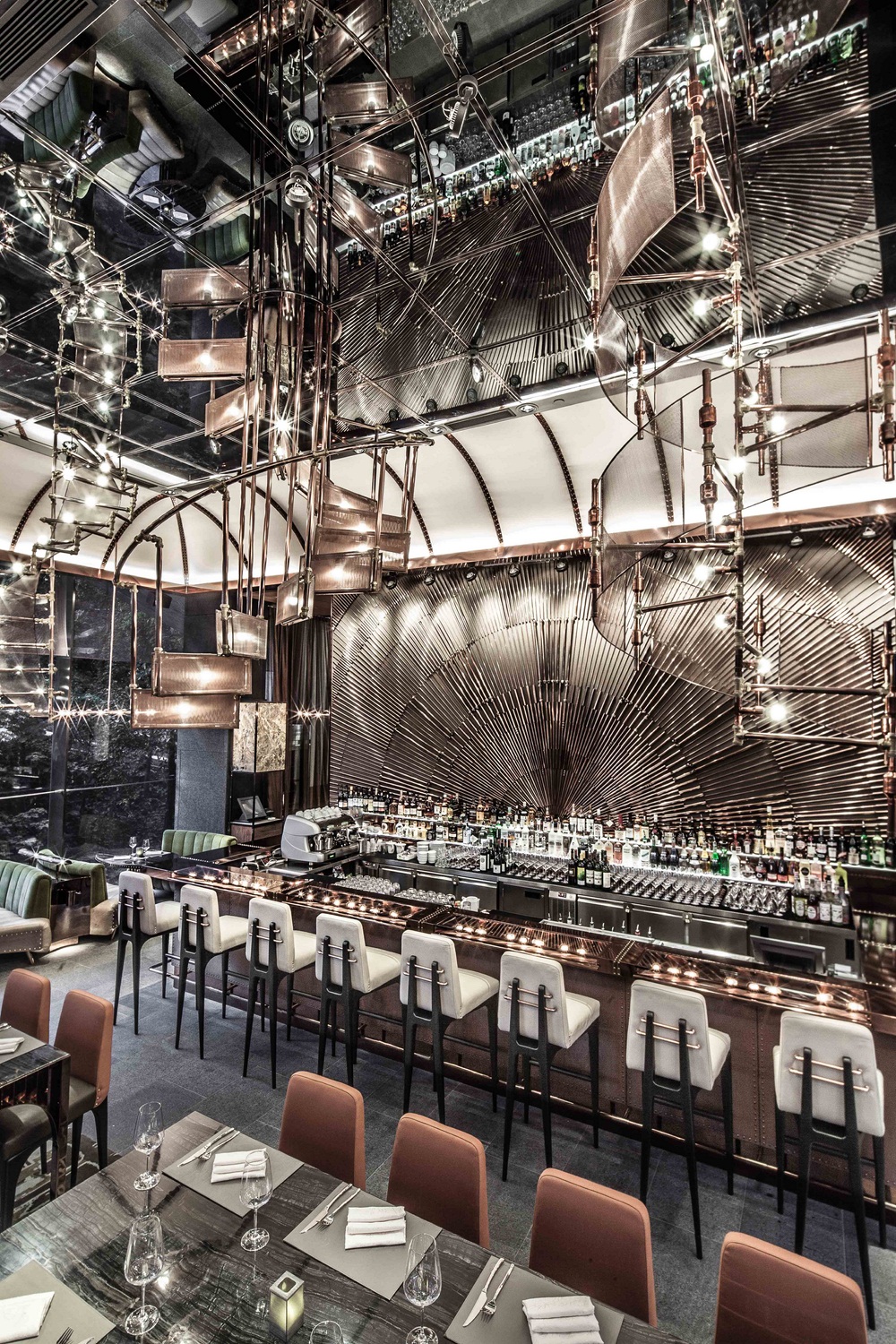 by ELPIDA ROIDOUArchisearchhttps://www.archisearch.gr/wp-content/uploads/01-9-370x700.jpg
SHARE THIS PAGE
WITH YOUR FRIENDS