“Brick-topia”, by the architects of the association Map13 Barcelona, is the winning project in the “Build-it” category at the International Festival of Architecture Eme3 held from the 27th to 30th of June 2013 in Barcelona. It could be visited during that summer at one of the courtyards of the former factory Fabra i Coats, in the district of Sant Andreu. This intervention configures a new square where different activities can be performed, both under the building and around it.

-Text description provided by the authors

It is a vaulted structure made of brick using a traditional construction technique called thin-tile vault (or “Catalan vault”). It has been designed with new digital tools to optimize the structure through geometry. The proposal is the result of the academic research currently carried out by Marta Domènech Rodríguez, David López López and Mariana Palumbo Fernández, co-founders of the group Map13 Barcelona, an architectural association dedicated to research and teaching on the role of traditional construction systems in contemporary architecture.

As “Brick-topia” is a pilot project which makes this traditional technique work to its limits, its implementation has required the expansion of the team, which has been enlarged with Paula López Barba and Josep Brazo Ramírez. The construction has also required the effort of Eme3 festival that gives support to young talented people to carry out their projects, the sponsorship of the companies that contributed with workforce and materials and the help of volunteers and students of architecture.

The aim of the project was to create a multi-functional pavilion for the activities at the festival Eme3. Its shape and materials would also protect the people from the sun offering a fresh covered space. 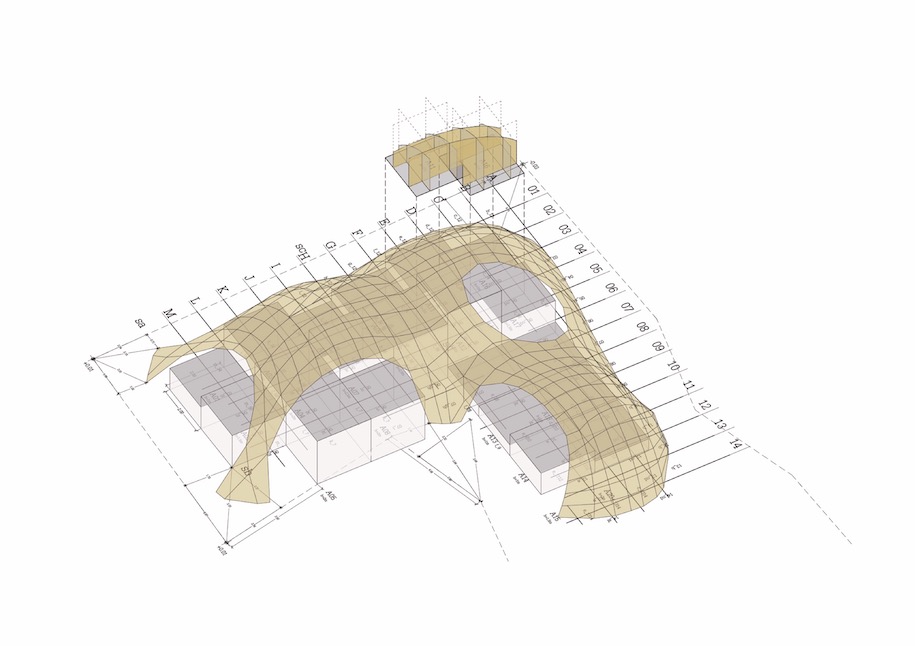 The configuration of the pavilion opens the arches to the center of the square, where activities at the festival could be happening while marking out with its walls the necessary communication paths around the square. This fact allows a different experience of the building when approaching it from the three different entrances at the square.

Brick-topia collects the material tradition and the constructive knowledge of tile vaulting and combines them with contemporary computational tools. This project, developed in the enclosed area of a nineteenth-century factory made of brick, uses the same material raising a new topography in the old courtyard. However, it is opposed to the industrial construction offering a concave and protected space that links the origins of all cultures. 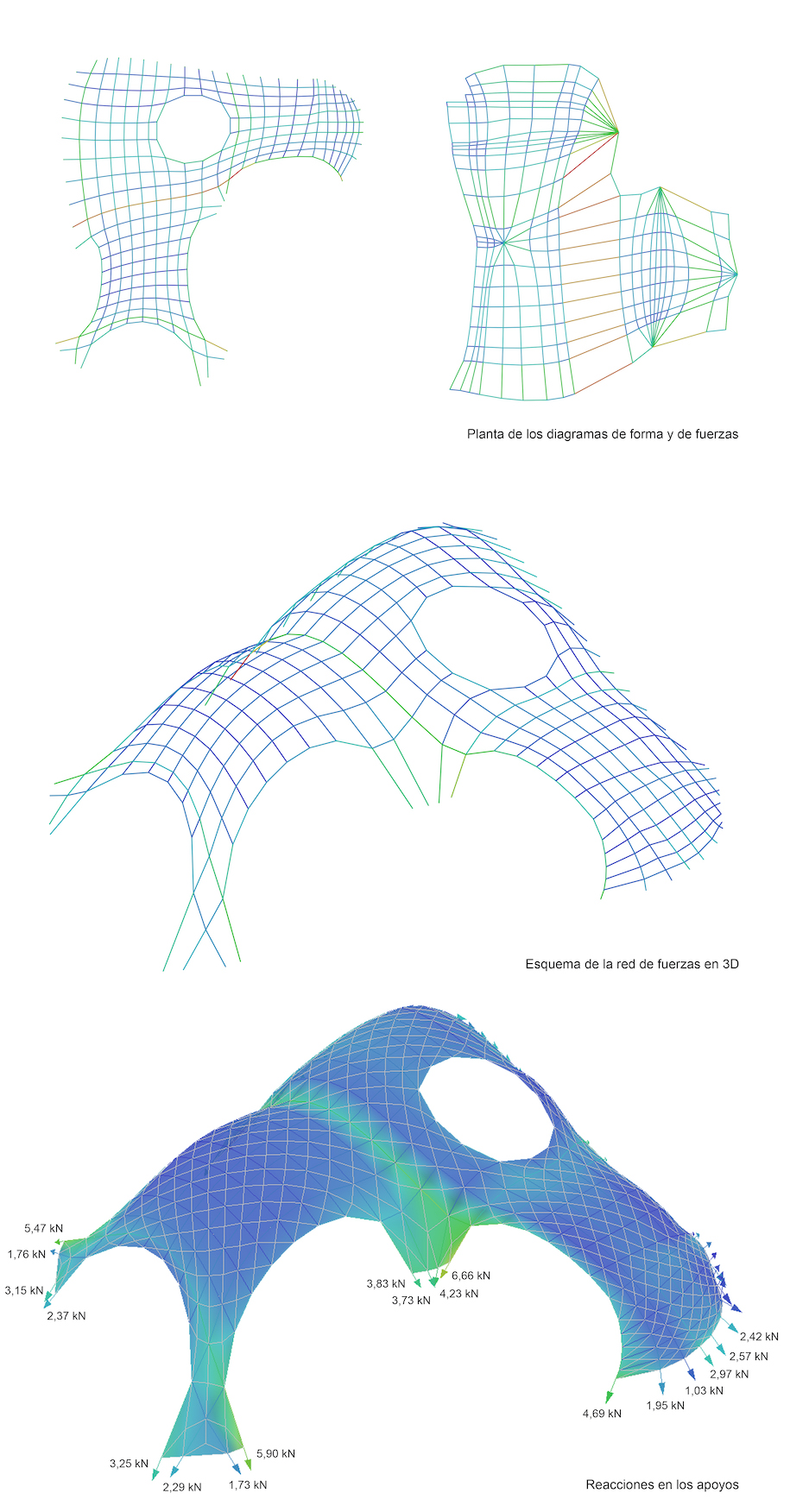 One of the main features of the building is the big hole in its surface. The purpose of it is to frame one of the main attributes of the factory that is nearby: one of its two imposing towers, also made with bricks but with a very different layout.

This construction takes as a reference the prototype built by Philippe Block, Matthias Rippman and Lara Davis at the ETH Zurich, with which they demonstrated the reliability of “RhinoVault”, a plug-in for Rhinoceros, used to design the pavilion. It is a form-finding software, developed at the Block Research Group (ETH Zurich), that allows the design of compression-only vaulted structures when subjected to self-weight.

Construction notes for key processes and an introduction to materials.

The vaulted pavilion sets out the contemporary validity of this centuries-old, traditional system. It is economic, sustainable, with formal and functional versatility and nowadays it is also offering the possibility of being built in developing countries for roofs, stairs, etc. Unlike the construction that can be seen these days, this project aims to restore the expertise and imagination of the building hands. “Brick-topia” has been built by excellent builders who have made an unprecedented craftsmanship. The challenge that requires good layout in tile vault construction, especially with a complex shape like this one, suggests the work as an opposite to the mechanical work.

“Catalan vaults” are masonry structures made with bricks and binder. The bricks are placed flat setting up two, three or more layers. Traditionally thin bricks -or thin tiles- are used because of their lightness, which is a necessary condition to build the first layer on space using gypsum or fast setting cement. The aim of using these binders for the first layer is the quick adhesion achieved so that the bricks get attached within seconds to the edge walls or to the previous arcs or stable sections already finished, avoiding the necessity of centering. The second and subsequent layers can be set with lime or Portland cement mortar. For this project, fast-setting cement was used for the first layer.

The formal complexity of this project required some guides for the workers to assure that the final geometry achieved was exactly the one that was designed, as its stability under self-weight depends on its shape. A fast and cheap formwork was constructed with cardboard and steel rods.

by MELINA ARVANITI-POLLATOUArchisearchhttps://www.archisearch.gr/wp-content/uploads/scene1-370x700.jpg
SHARE THIS PAGE
WITH YOUR FRIENDS