The award-winning proposal by Angeliki Tzifa and Sofia Nikolaidou, titled “Green Hub: A resilient vision for Thessaloniki”, envisions a synergy between architecture and landscape, using the site’s strategic location to set an example of sustainable coastal activation while protecting the area from sea level rise.

ArXellence 2, ALUMIL’s international architectural ideas competition, was an open call to the global architectural community and concerned the redevelopment of Thessaloniki’s western coast through a new Central Business District (CBD) that would redefine a misused area of the city. 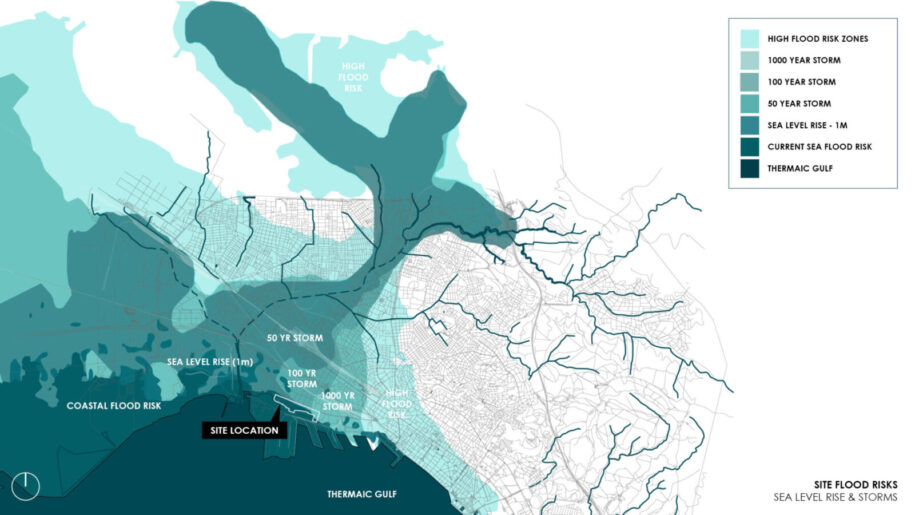 Thessaloniki is one of the cities most vulnerable to climate change in the Mediterranean. Climate change is closely linked to coastal flood risk, high temperatures and increased frequency and intensity of extreme climate events. The competition site is exposed to severe flood risks due to its proximity to the Thermaic Gulf, the Dendropotamos river and a highly impermeable urban environment. 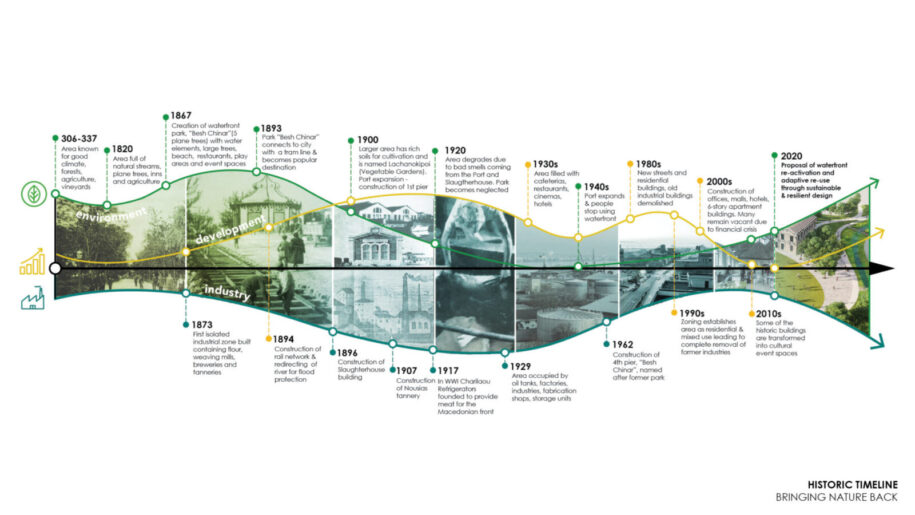 Rather than postponing the reality of climate change and flood risk, the proposal explores how these pressing challenges can become a central theme of design. 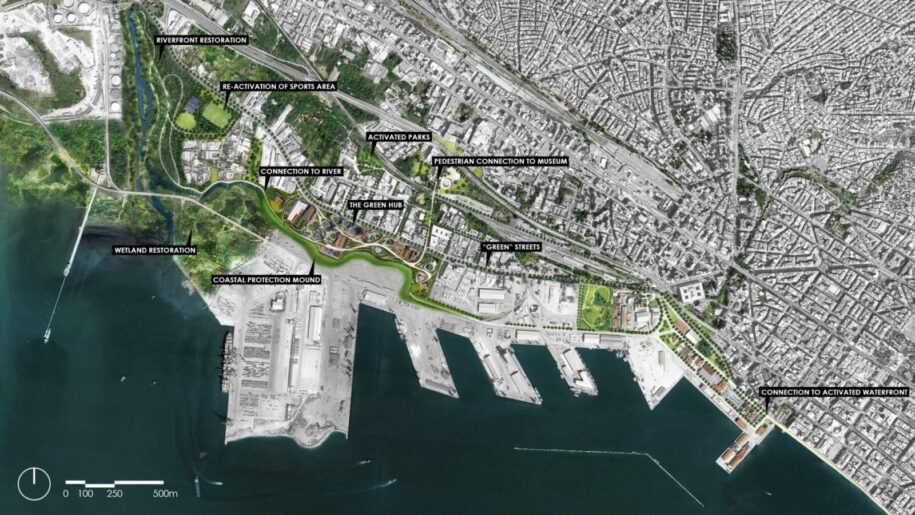 Once a land of dense vegetation, streams, agriculture, and a popular waterfront park, the site today is neglected and separated from the city. Its industrial past and rapid development have left behind many underused buildings and a highly polluted site that lies between port operations and high-speed traffic.

The Green Hub is a contemporary take on the site’s natural past, proposing waterfront re-activation through sustainable and resilient design. 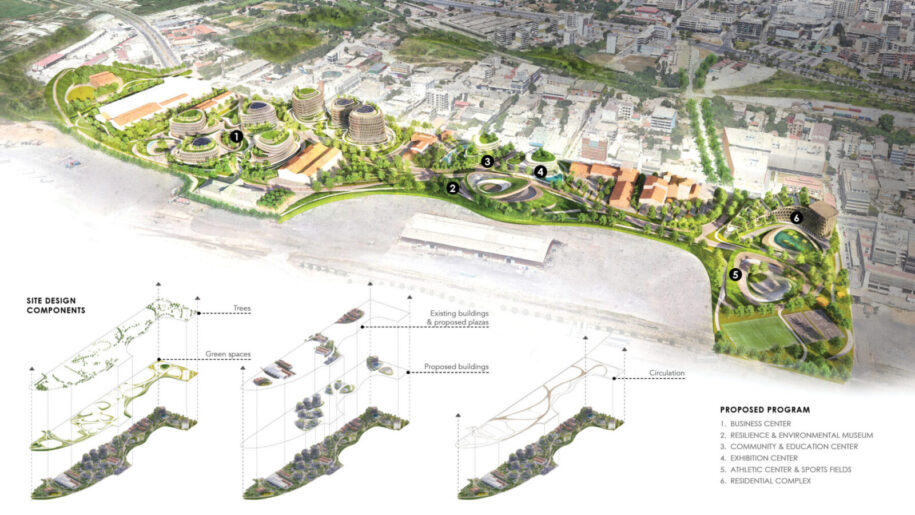 The proposal echoes the natural landscapes of Greece, by creating a hybrid between architecture, open space, and flood infrastructure. 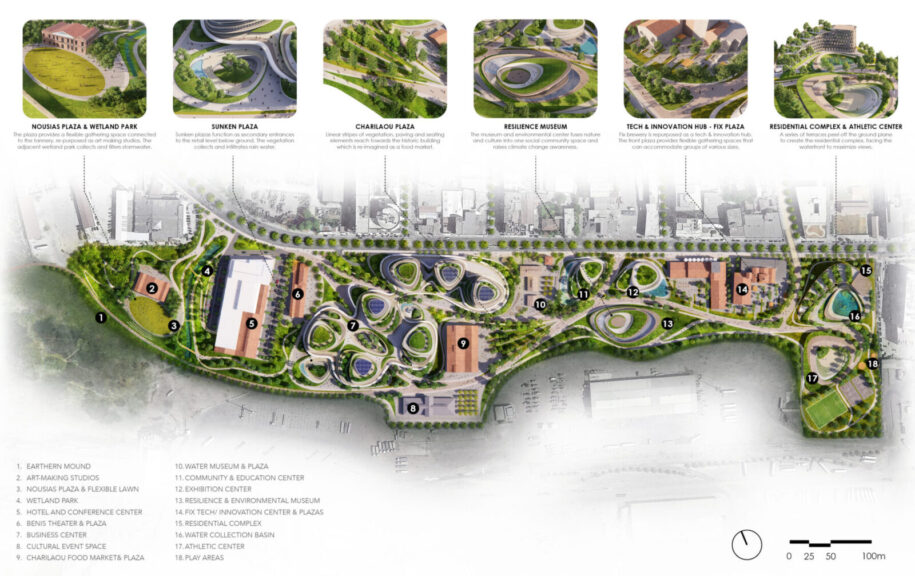 It prioritizes contextual integration by complementing the scale of the city and breaking the proposed program into several separate building volumes. The proposed program includes a variety of active public and private spaces such as mixed-use office buildings, a residential building, a new museum and environmental center, an athletic complex, and an educational and community center. The proposal envisions the adaptive re-use of the historic buildings as performance and exhibition spaces, art studios and a food market – all surrounded by site-specific urban plazas and parks.

The Green Hub is well situated within its larger context and regional landscape, creating connections to the existing activated waterfront and bike network and the future Holocaust Museum. The architects presented a long-term vision plan that addresses the area’s environmental challenges holistically with the restoration of the adjacent river and wetlands, the creation of activated green pockets within the city fabric and the introduction of localized stormwater management systems. 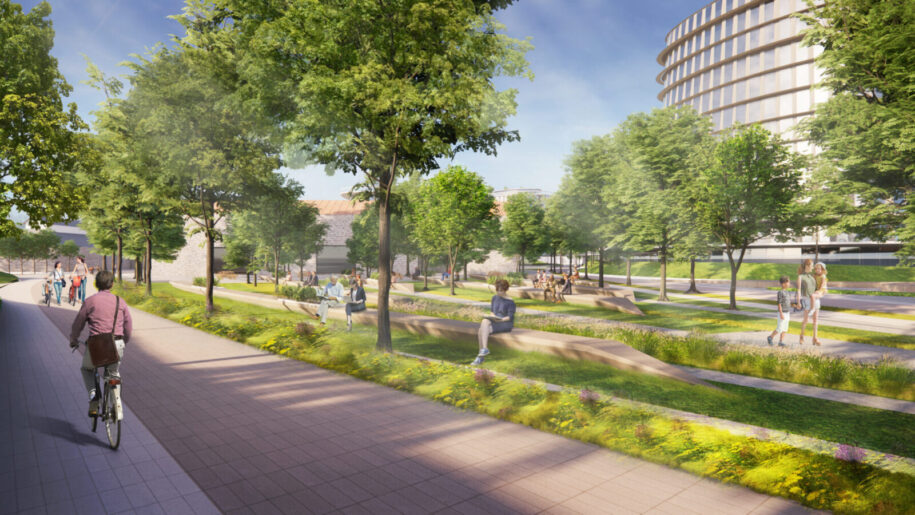 The proposal creates a new vibrant destination for Thessaloniki – a sustainable and resilient Green Hub that functions both as civic space and as flood infrastructure, protecting a much larger area of the city from the rising waters. 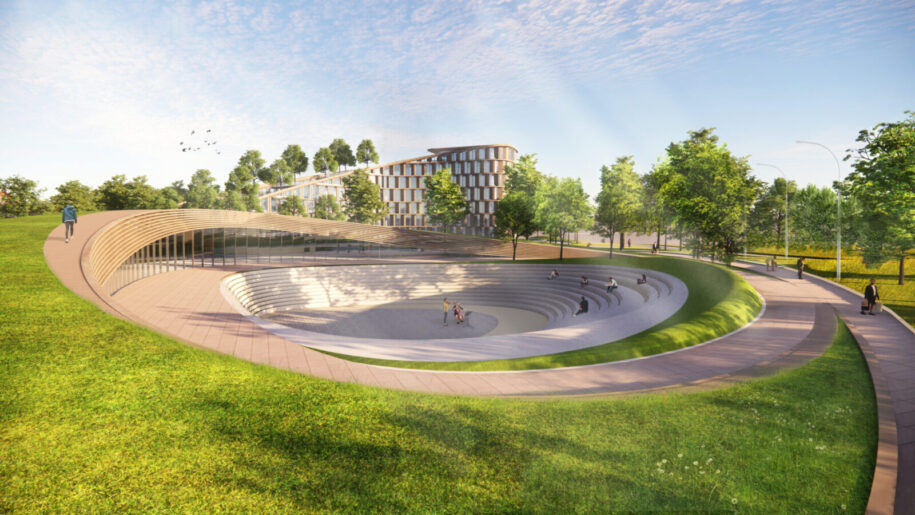 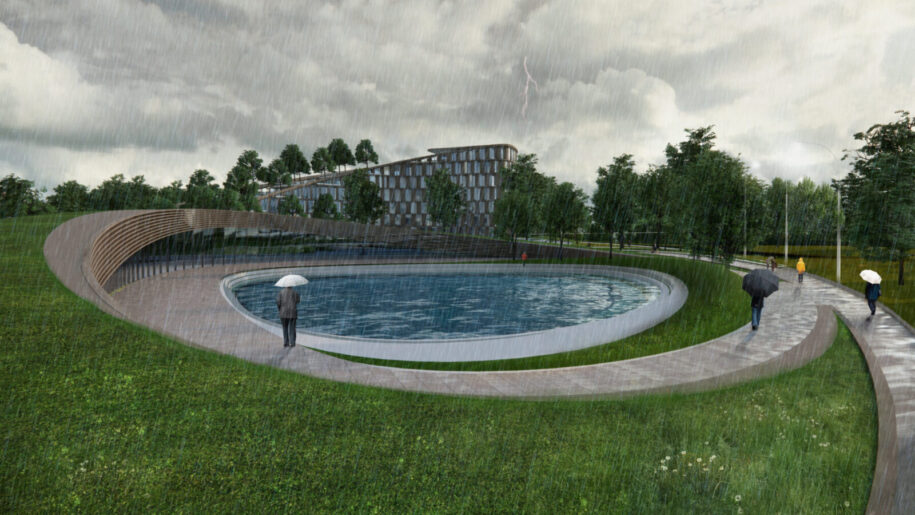