I AGREE
Archisearch https://www.archisearch.gr/wp-content/uploads/old-site/45-989-ph2.jpg
July 1 through spring 2016, the Guggenheim Museum will present an intimate selection of works by Vasily Kandinsky (b. 1866, Moscow; d. 1944, Neuilly-sur-Siene, France) that trace his aesthetic evolution. The exhibition, which will be on view in the museum’s Kandinsky Gallery, includes paintings selected from the artist’s early beginnings in Munich at the start of the century, the return to his native Moscow with the outbreak of World War I, his interwar years in Germany as a teacher at the Bauhaus, and his final chapter in Paris.
This exhibition is organized by Tracey Bashkoff, Senior Curator, Collections and Exhibitions, and Megan Fontanella, Associate Curator, Collections and Provenance.
A pioneer of abstract art and eminent aesthetic theorist, Kandinsky broke new ground in painting during the first decades of the twentieth century. His seminal treatise Über das Geistige in der Kunst (On the Spiritual in Art), published in Munich in December 1911, lays out his program for establishing an art independent from observations of the external world. In this and other texts, as well as his work, Kandinsky advanced abstraction’s potential to be free from nature. The development of a new subject matter based solely on the artist’s “inner necessity” would occupy him for the rest of his life.
About Vasily Kandinsky
From 1911–1913, Kandinsky’s artistic style moved steadily toward complete abstraction. He realized, however, that the development of such a style would have to be gradual in order to foster public acceptance and comprehension. As a result, many works from this period still contain fragments of recognizable imagery, such as the rolling hills and trees that appear in Small Pleasures (Kleine Freuden, June 1913). In the time following the 1917 October Revolution in Moscow, Kandinsky’s encounters with Russian Constructivist and Suprematist artists influenced his work. He distanced himself, however, from their respectively “mechanistic” and “pure” art by insisting that even his most abstract works retained expressive content.
By 1920, the Constructivist avant-garde ultimately rejected his teachings and spiritual ideology. Shortly thereafter the artist moved to Berlin with his family, and in 1922 he began teaching at the Bauhaus, a school of art and applied design founded in 1919 in Weimar, Germany. Kandinsky found the Bauhaus sympathetic to his belief in art’s ability to transform self and society. There, he examined the relationship between primary colors and elementary forms, and the circle came to play a dominant role in the artist’s pictorial vocabulary, as seen in Several Circles (Einige Kreise, 1926). Following the close of the Bauhaus in 1933 due to pressure from the Nazis, Kandinsky moved to the Paris suburb Neuilly-sur-Seine, where he remained highly creative despite political turmoil and deprivation until his death in 1944.
About the Kandinsky Gallery
The history of the Solomon R. Guggenheim Foundation is intertwined with the work of Vasily Kandinsky more than any other artist of the twentieth century. Hilla Rebay, artist, art advisor, and the museum’s first director, encouraged founder Solomon R. Guggenheim to begin collecting Kandinsky’s work in 1929 and to meet the artist at the Bauhaus in Dessau, Germany, in July 1930. This introduction initiated an ongoing acquisition period of Kandinsky’s art, and more than one hundred fifty works have since entered the museum’s collection. The museum’s collection of Kandinsky works is the largest in the United States and the third largest in the world. Since the 2004 exhibition An Inaugural Selection, the Guggenheim’s Kandinsky Gallery has primarily featured a rotating selection of focused presentations of his work, arranged by theme, period, location of production, or medium.
Cover image credits: Vasily Kandinsky, Dominant Curve (Courbe dominante), April 1936, oil on canvas, 129.2x 194.3 cm, Solomon R. Guggenheim Museum, New York, Solomon R. Guggenheim Founding Collection 45.989 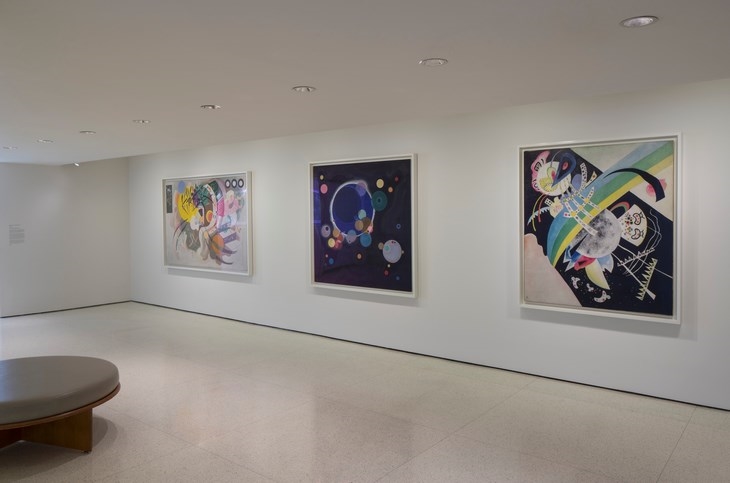 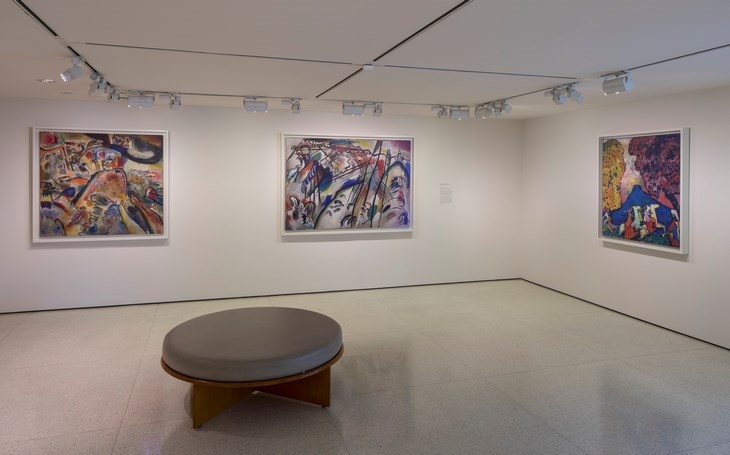 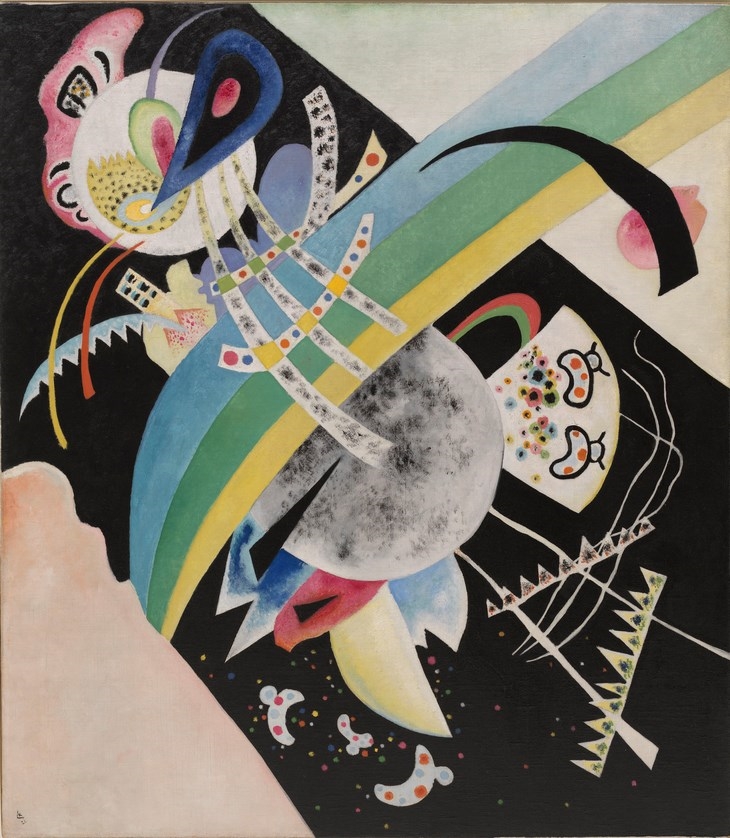 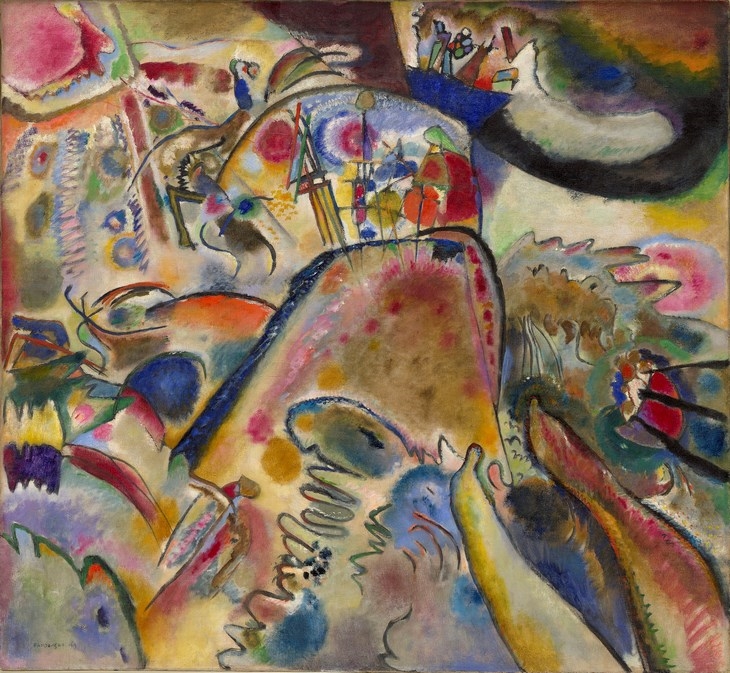 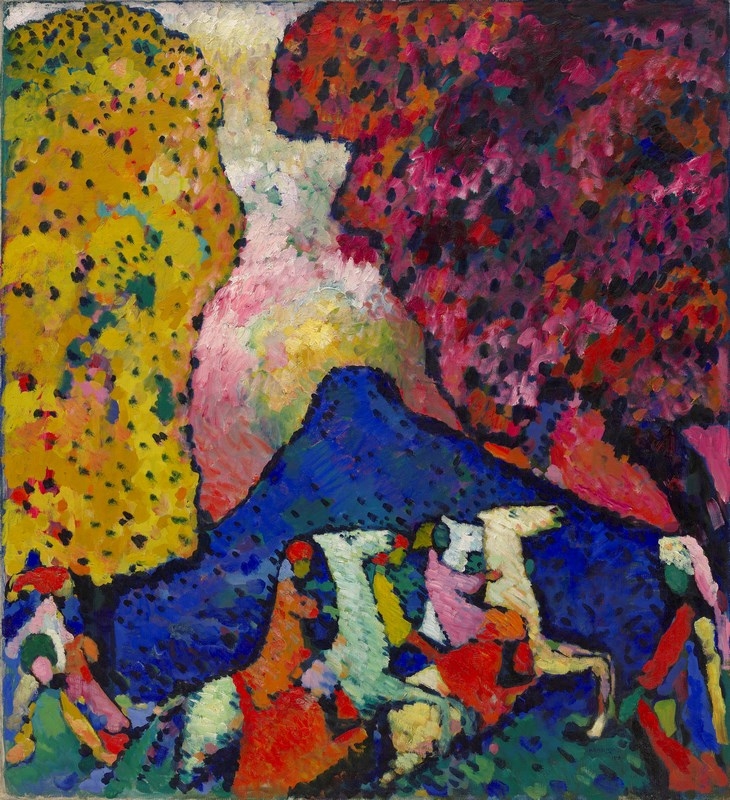 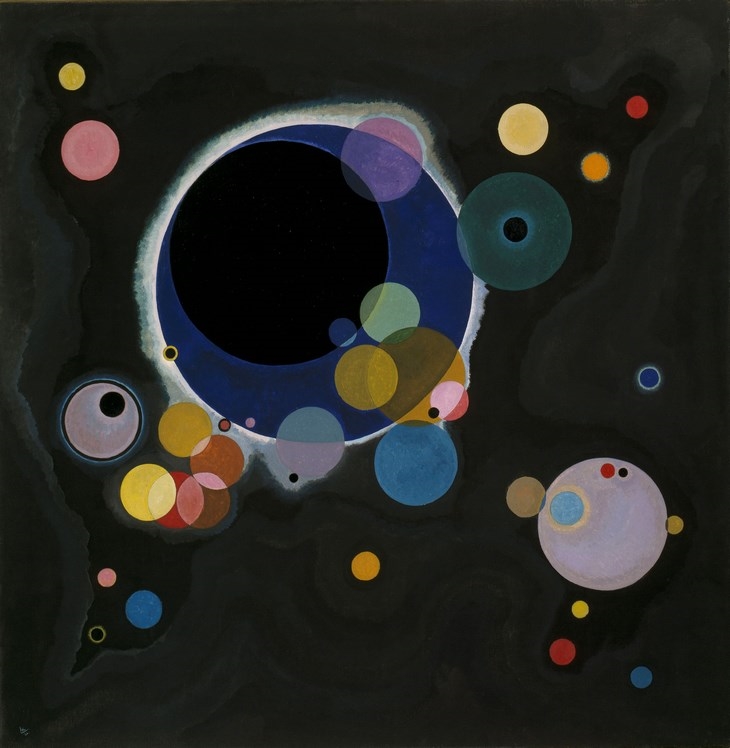 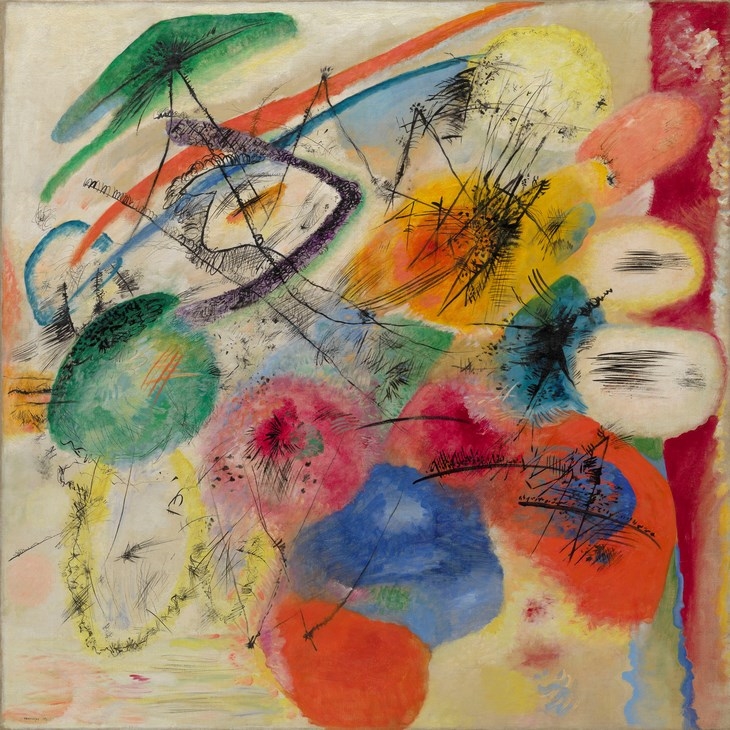 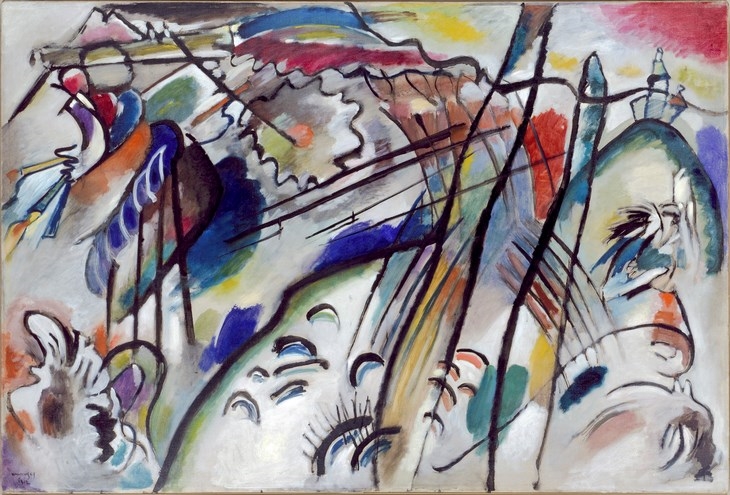 The School of Athens by NEIHEISER ARGYROS | Benaki Museum, February 20 - May 17