I AGREE
Archisearch Array
the film

Athina Rachel Tsangari has created both a film and a projection installation
for the DesteFashionCollection 2012, commissioned by art collector Dakis Joannou.
Entitled THE CAPSULE, it is a Greek Gothic mystery inspired by the work of the young Polish artist Aleksandra Waliszewska.

The film will première on the international film festival circuit this Fall.

Special work-in-progress screening at dOCUMENTA (13) in Kassel, Germany on June 10, 2012.
THE CAPSULE will be opening the exhibition’s film maker focus program, a series of monographic screenings that highlight “directors who have helped to shape our view of the contemporary world, and our positions within it”. Athina Rachel Tsangari’s mini-retrospective will also include screenings of “Attenberg” (2010), “The Slow Business of Going” (2001) and “Fit” (1994).

Seven young women. A mansion perched on a Cycladic rock.
A series of lessons on discipline, desire, discovery, and disappearance.
A melancholy, inescapable cycle on the brink of womanhood — infinitely.

The CAPSULE installation repurposes digital 3D technology to create a kaleidoscopic illusion apparatus, a modern-day adaptation of early cinema’s “Kinetoscope”. It invites an unsuspecting audience of passers-by to enter an adventure of visual perception, dependent on their distance from the screen and their respective heights. Viewers are invited to either fully engage and “discover” the story unfolding on the screen, or fleetingly experience the images as mysterious, oneiric tableaux.

A single screen simultaneously shows two separate movies, constructed from the same story, yet juxtaposing and amplifying each other as twin narratives. Normal-speed scenes are punctuated by extreme-slow-motion shots taken at different camera angles, generating a stereoscopic narration in doubles.

The triangular lattice placed before the screen operates as a kaleidoscope in itself, reflecting the images in a new set of distortions. Some of the lattice cells contain mirrored drawings by Aleksandra Waliszewska, only visible in ghostly reflections, adding a new dimension for viewers to discover.

The DesteFashionCollection is a novel approach to evaluating and interpreting fashion conceived by the DESTE Foundation for Contemporary Art.

Each year the Foundation commissions artists to select five articles of clothing or accessories created that year. Inspired by their selections, the artists/curators create an original work — the goal is to draw parallels between the actual objects and the artist/curator’s interpretations, which will lead the viewer to a deeper understanding of how fashion can be perceived by the experienced eye.

Athina has curated an haute couture “capsule” for the DesteFashionCollection 2012, selecting works by young, avant-garde designers who boldly challenge the boundaries of fashion as wearable sculpture.

The curated pieces feature in both her film and projection installation, THE CAPSULE, re-agitating the ongoing, essential dialogue between cinema, fashion, and the fine arts.

A distinguished international all-female cast of seven is participating, including Ariane Labed, winner of the Coppa Volpi for Best Actress at the 2010 Venice Film Festival for Tsangari’s “Attenberg”, Clémence Poésy, known for her roles in the “Harry Potter” series and Danny Boyle’s “127 hours”, and Isolda Dychauk, the lead in Sokurov’s “Faust”.

presented with the support of
LG Electronics America
RealD Inc.

Athina Rachel Tsangari works as a filmmaker and projection designer in her native Greece and the US. Her graduation thesis at the University of Texas at Austin, “The Slow Business of Going”, a low-fi sci-fi road movie, travelled the world to critical acclaim, and was acquired by MoMA for its permanent film collection. She designed the video projections for the 2004 Olympics Opening Ceremony, and the celebrated large-scale, live projections for the opening of the Bernard Tschumi-designed Acropolis Museum (2009). She co-founded, and was artistic director of the historic for contemporary avant-garde cinema Cinematexas International Short Film Festival in Austin, Texas (1996-2007).
She is the co-founder and principle producer of Haos Film, a filmmaker-run production studio based in Athens, Greece.
Among her credits as producer are three films directed by Yorgos Lanthimos: “Kinetta” (2005), “Dogtooth” (2009), and his latest film “Alps” (2011).
Her second feature “Attenberg” premièred in competition at the 2010 Venice Film Festival, where it won the Coppa Volpi Award for its lead, Ariane Labed, and went on to win 13 more awards at festivals worldwide. It was Greece’s Best Foreign Language Film submission to the 2011 Academy Awards.
Her upcoming feature “Duncharon” was awarded the ARTE France Cinéma Award for best project at the International Film Festival Rotterdam CineMart 2012.
www.haosfilm.com

Born in 1976, Aleksandra Waliszewska lives and works in Warsaw. She graduated from the Academy of Fine Arts in Warsaw. Her main artistic activity is painting. She has presented over 20 solo exhibitions, and received Polish Ministry of Culture scholarships on numerous occasions. She collaborates with the international group Frederic. Her work has been published by: We Dance The Skull, FUKT, United Dead Artists, Les Editions Du 57, Drippy Bone Books, Editions Kaugummi.
http://waliszewska.blogspot.com/
http://waliszewska.tumblr.com/ 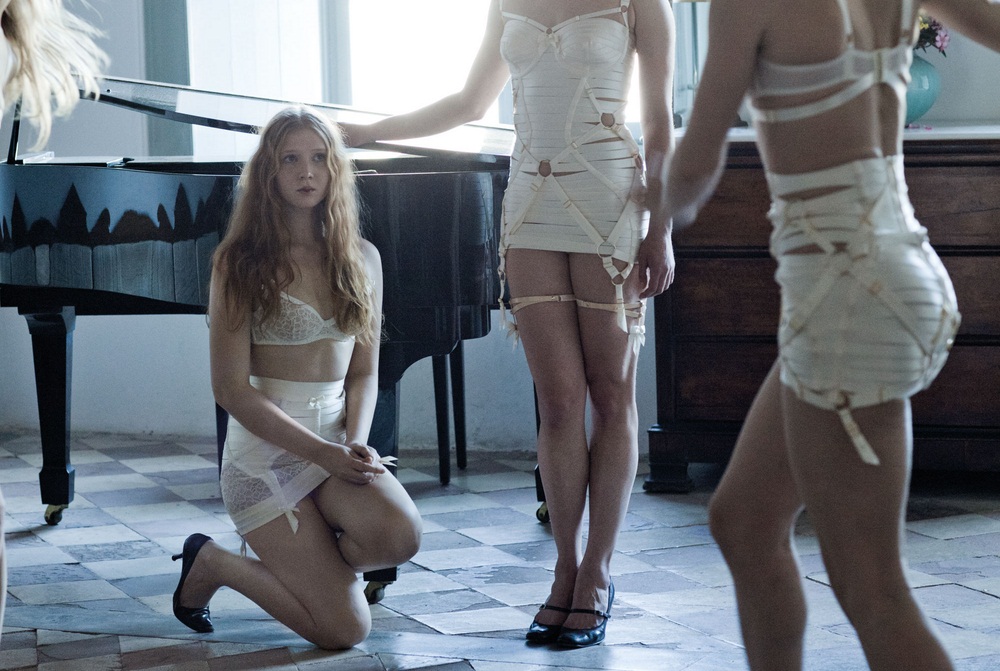 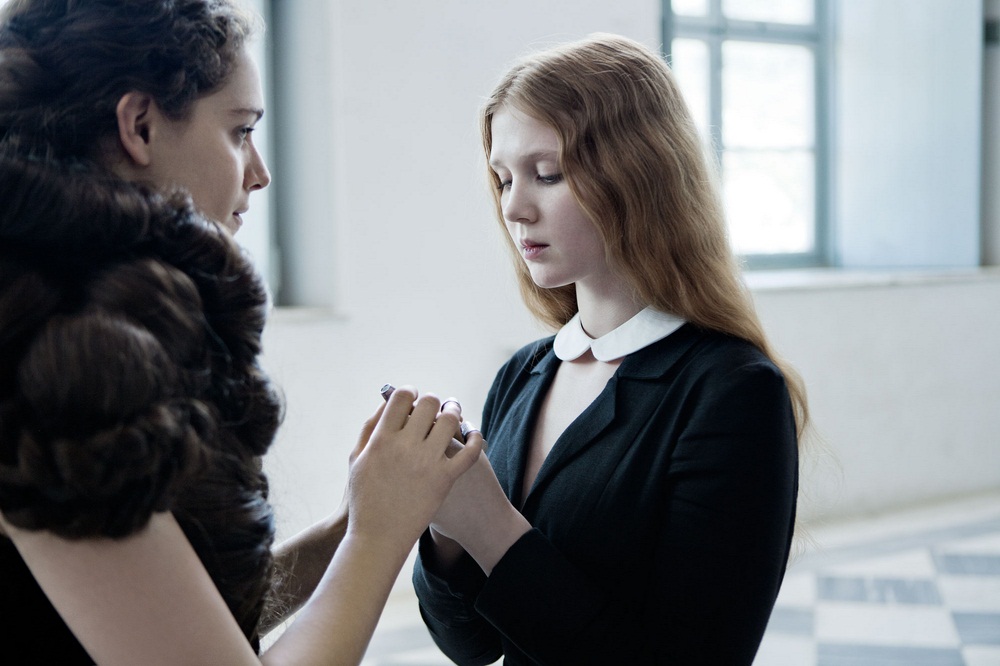 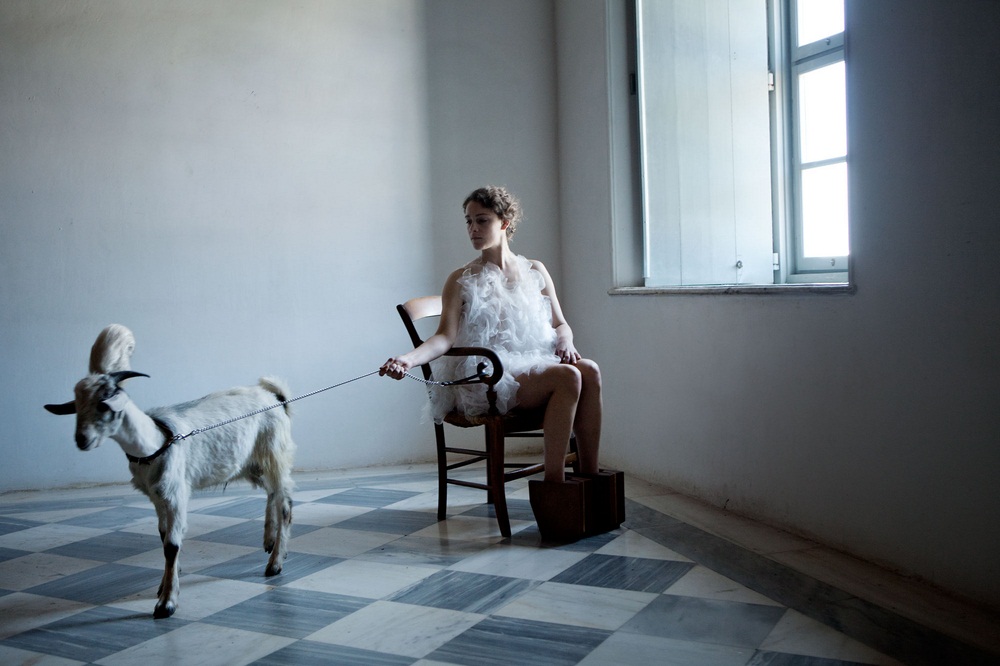 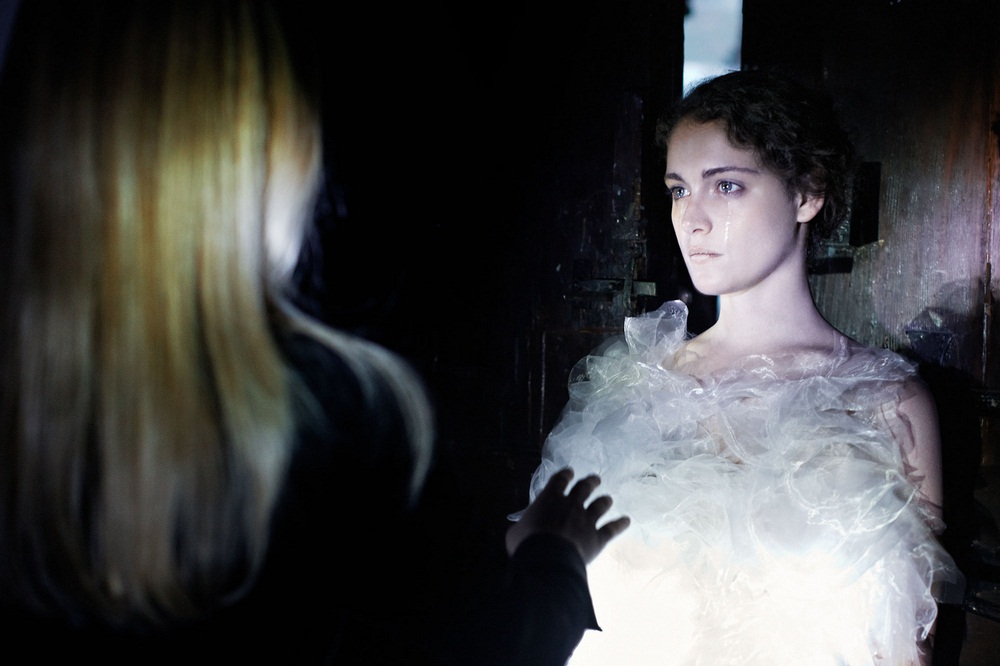 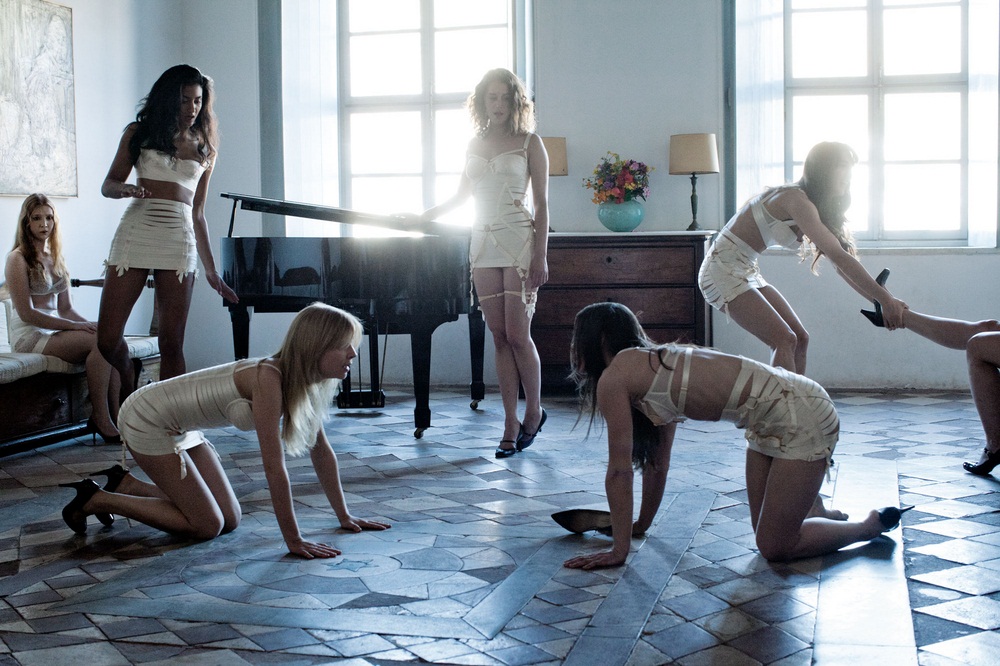 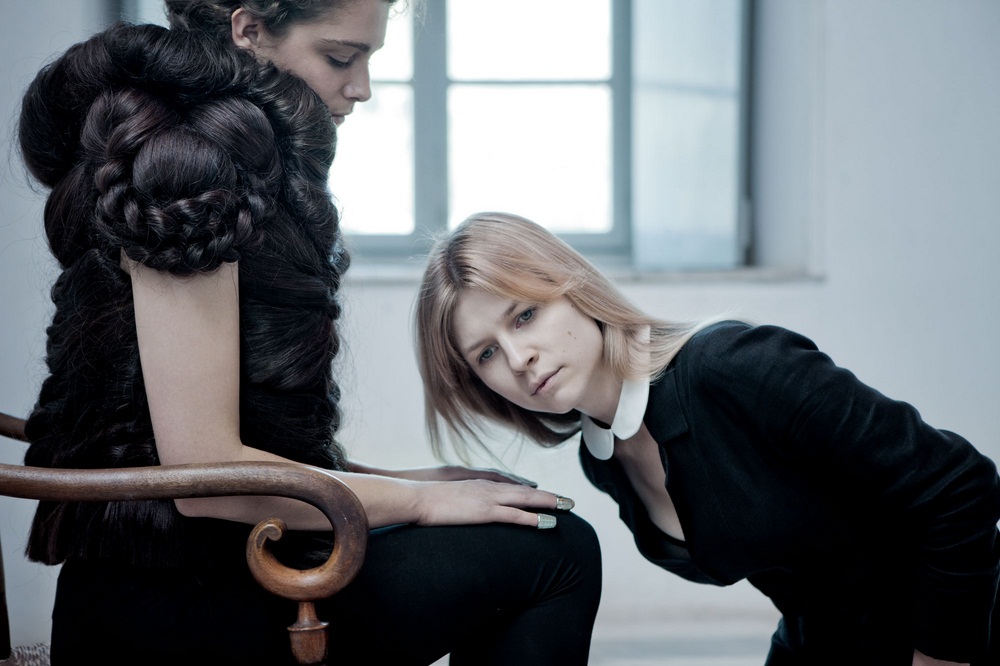 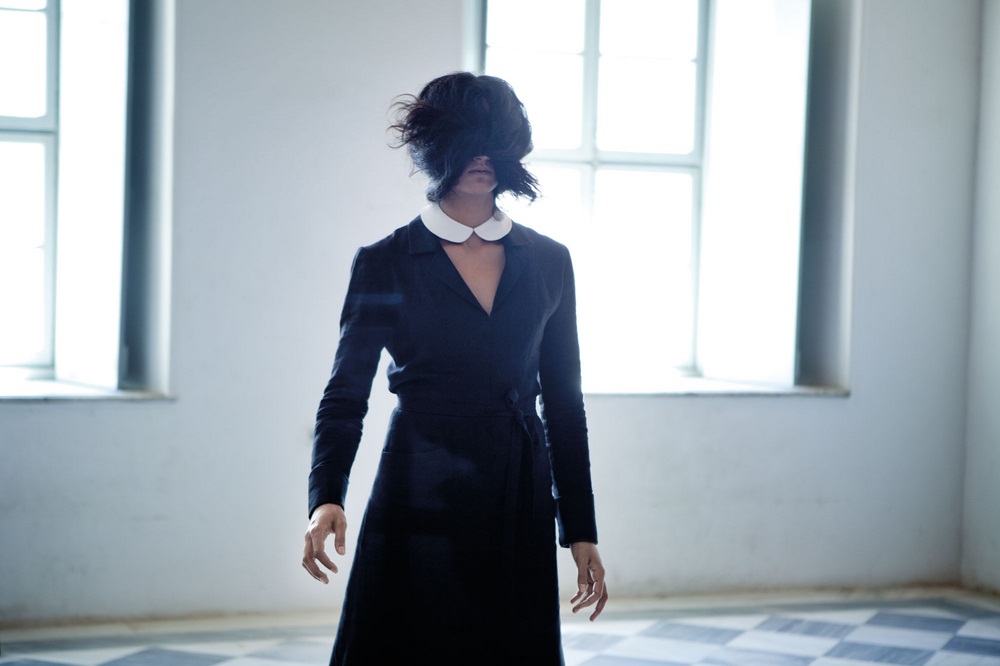 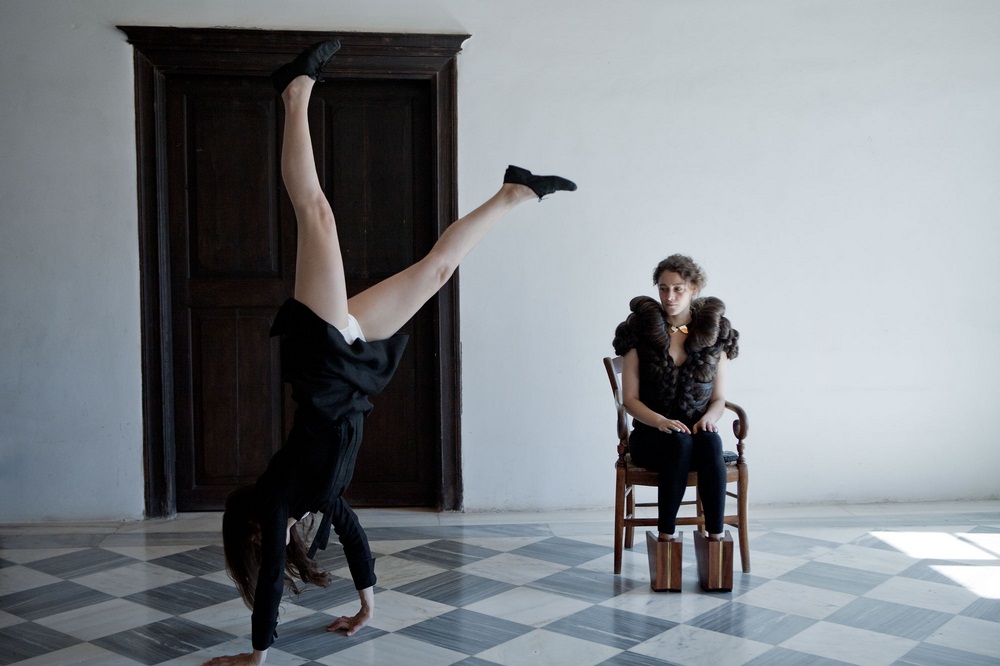 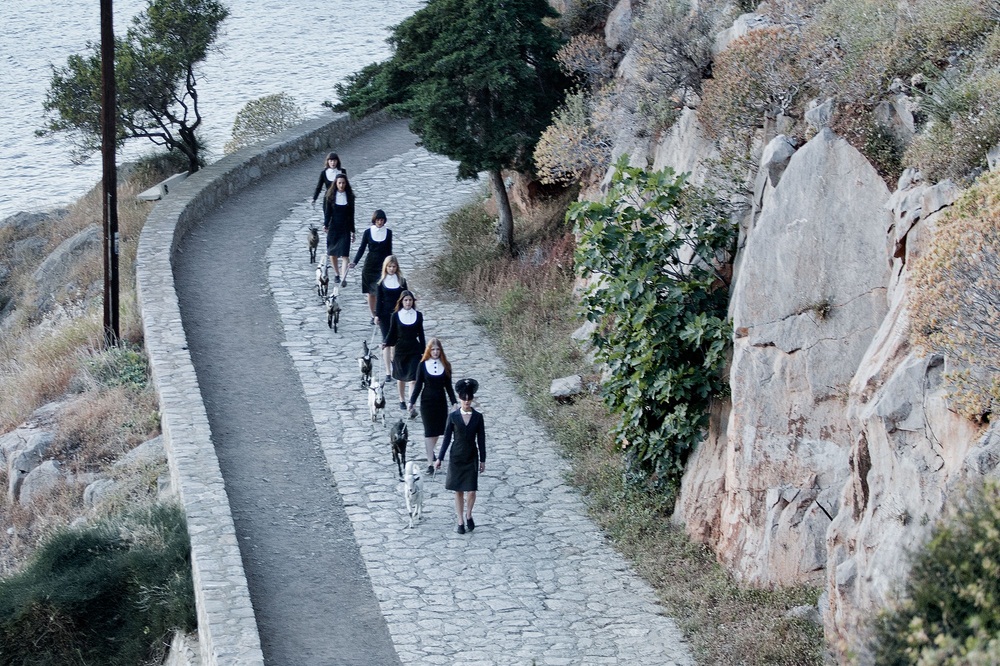 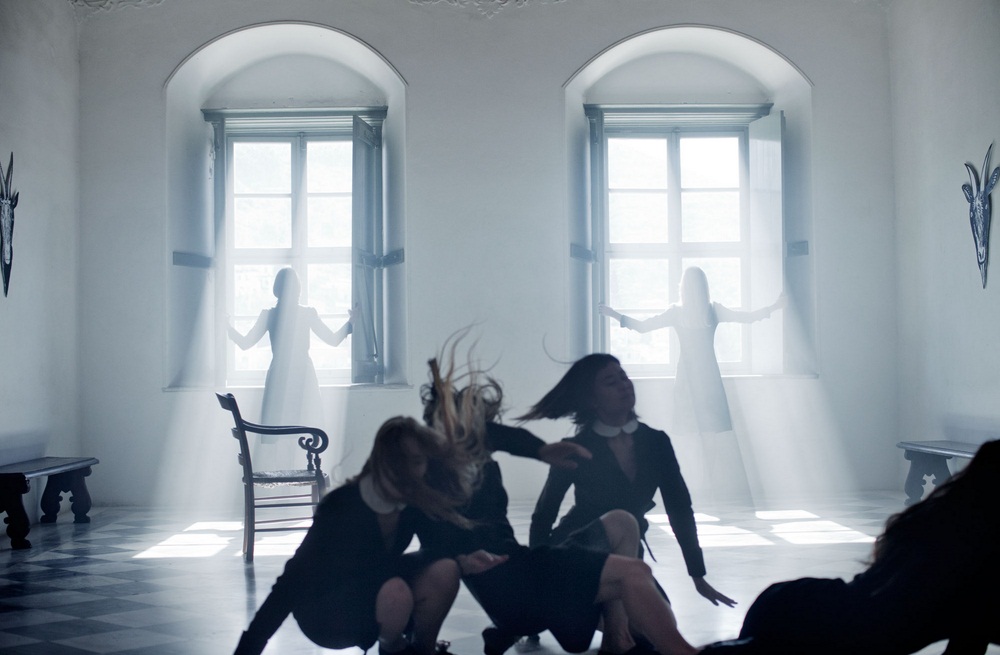 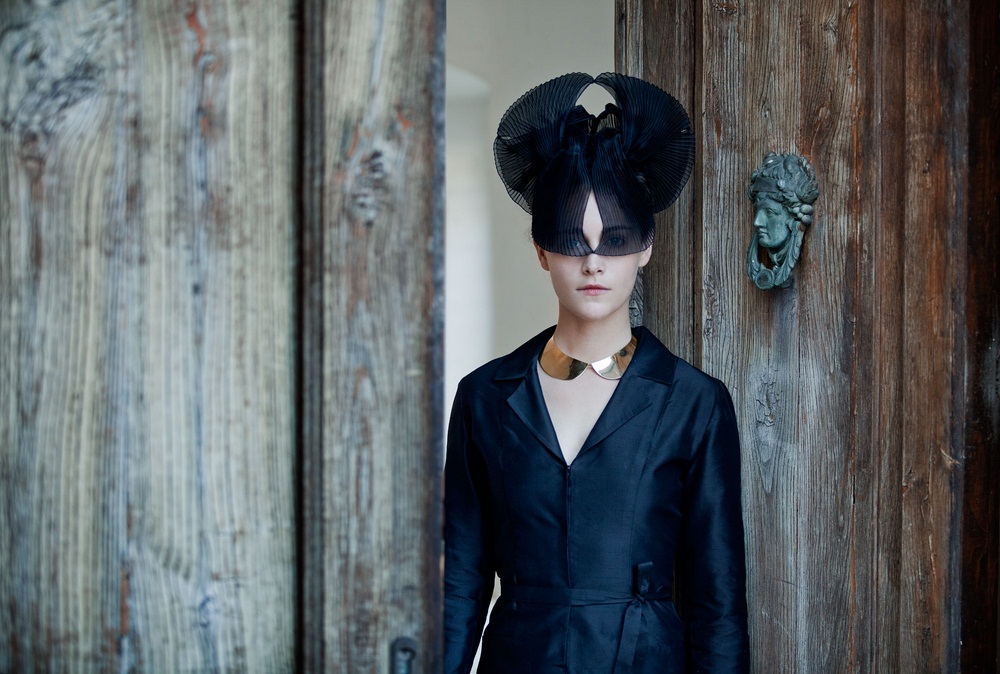