Delis Papadopoulos’ geometric compositions and relieflike forms, meticulously constructed out of paper, surgically cut, and then interwoven into a series of repeated shapes, invite the eye and the body of the viewer to move, completing the movement that they suggest.

Neatly framed by the wooden boxes into which they are placed, they perform space as a rhythmic continuum that can potentially expand beyond the limits of the frame. 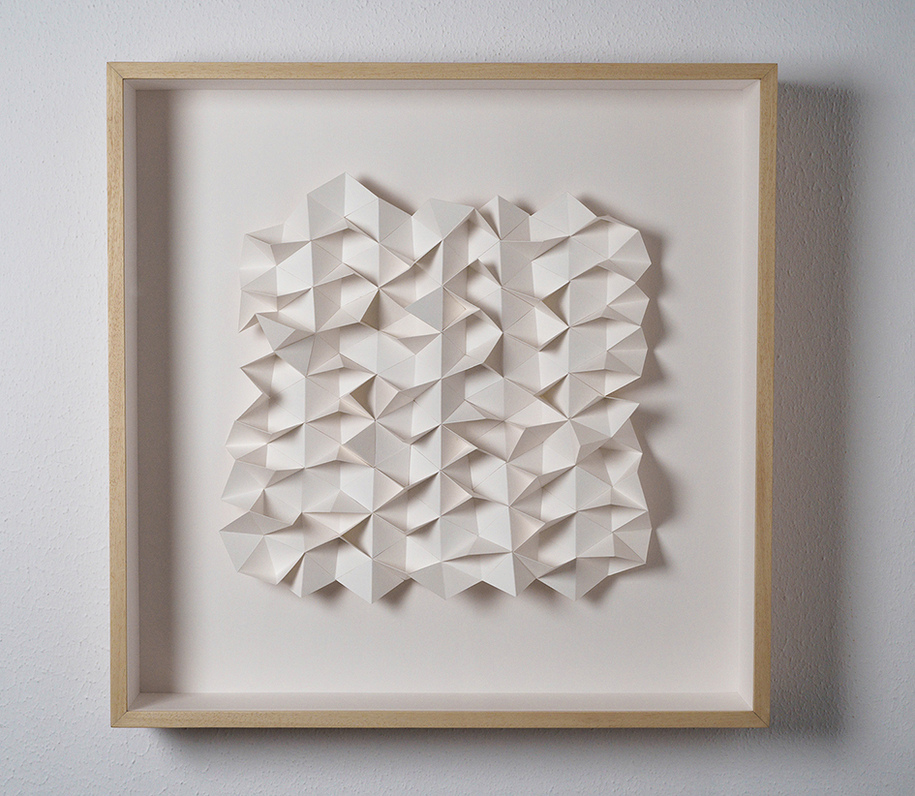 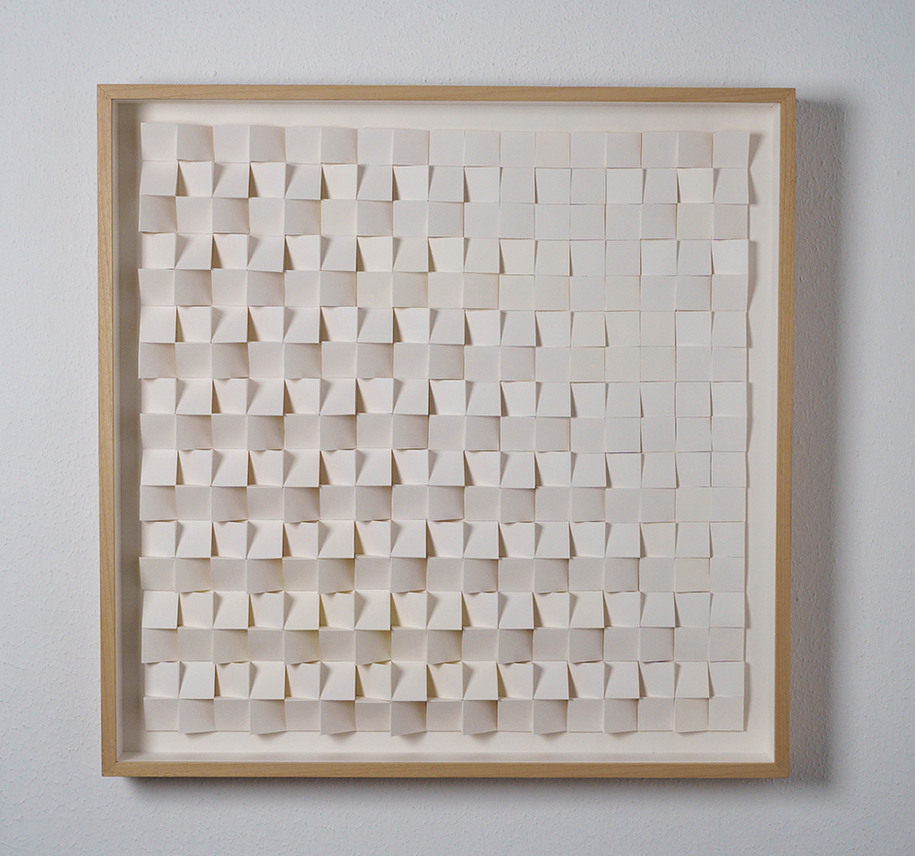 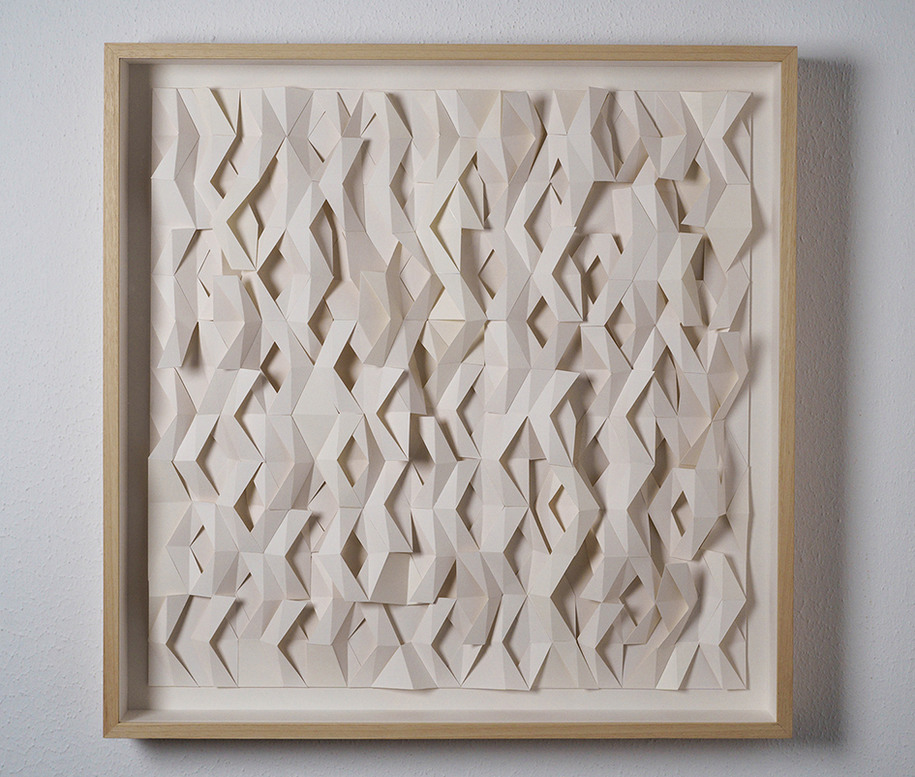 Sometimes the created space is of minimal depth, the paper touching the base of the boxes; at other times the paper is elevated to create depth. The eye becomes sensitive to how light creates space and the differences in elevation and flatness. As the light interacts with the shapes, the eye glides within them and the repetition of the paper forms gives rise to simple yet infinitely varied planes. 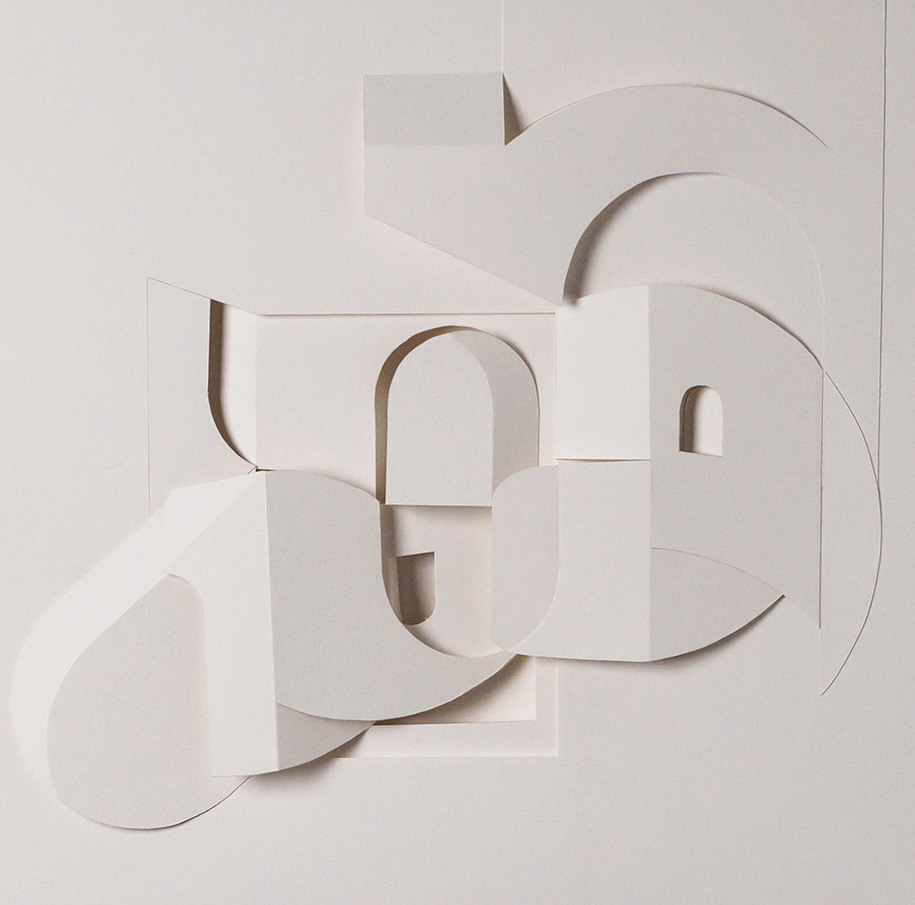 An economy of attention is required for someone to recount time along with them, “at the moment when geometry as the exteriority of architecture folds into the interiority of individuation“ when the abstract mathematization of space meets subjectivity. These inside|outside folds disclose the intimate relationship between architectural form, perception, and the body as a locus of lived experience. 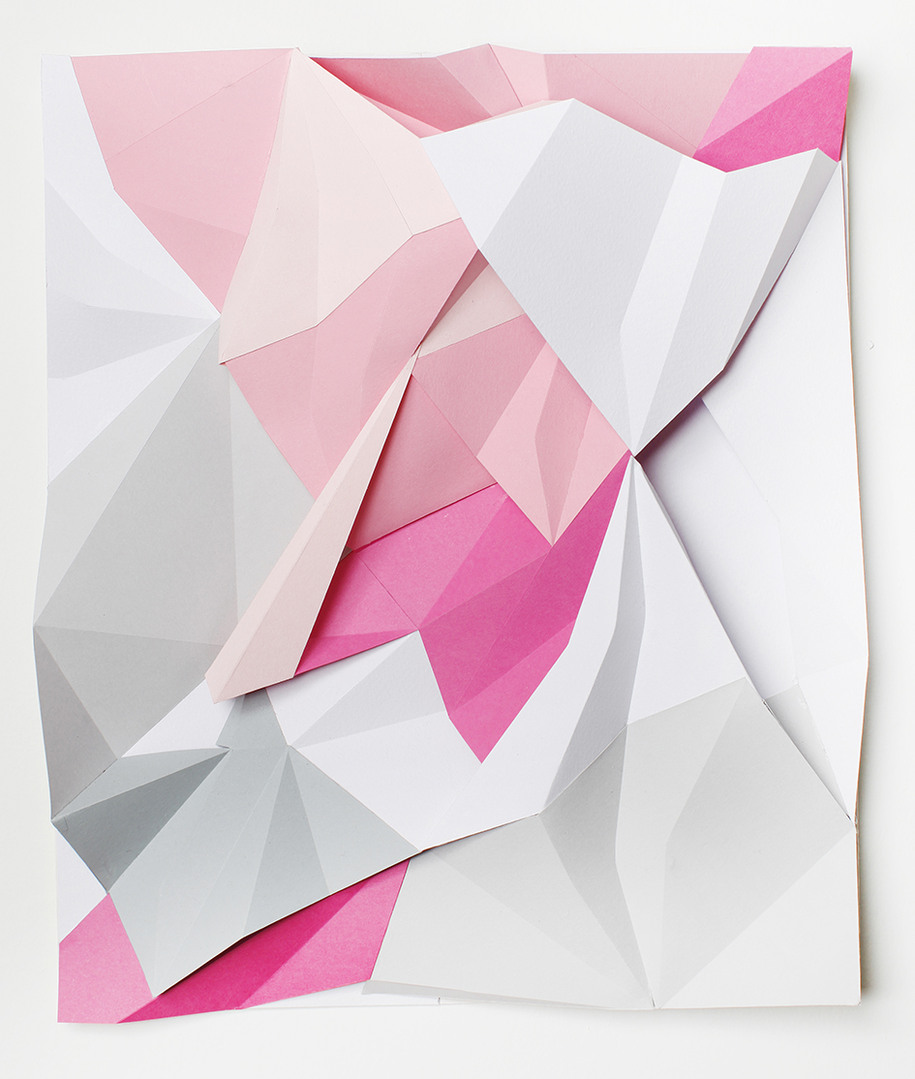 When a moving body directs its awareness to the compositions, every space is recognized as an instance of a folding – in a literal sense, of the joints of the paper that create both surface and depth– that announces that the inside is nothing more than a fold of the outside. 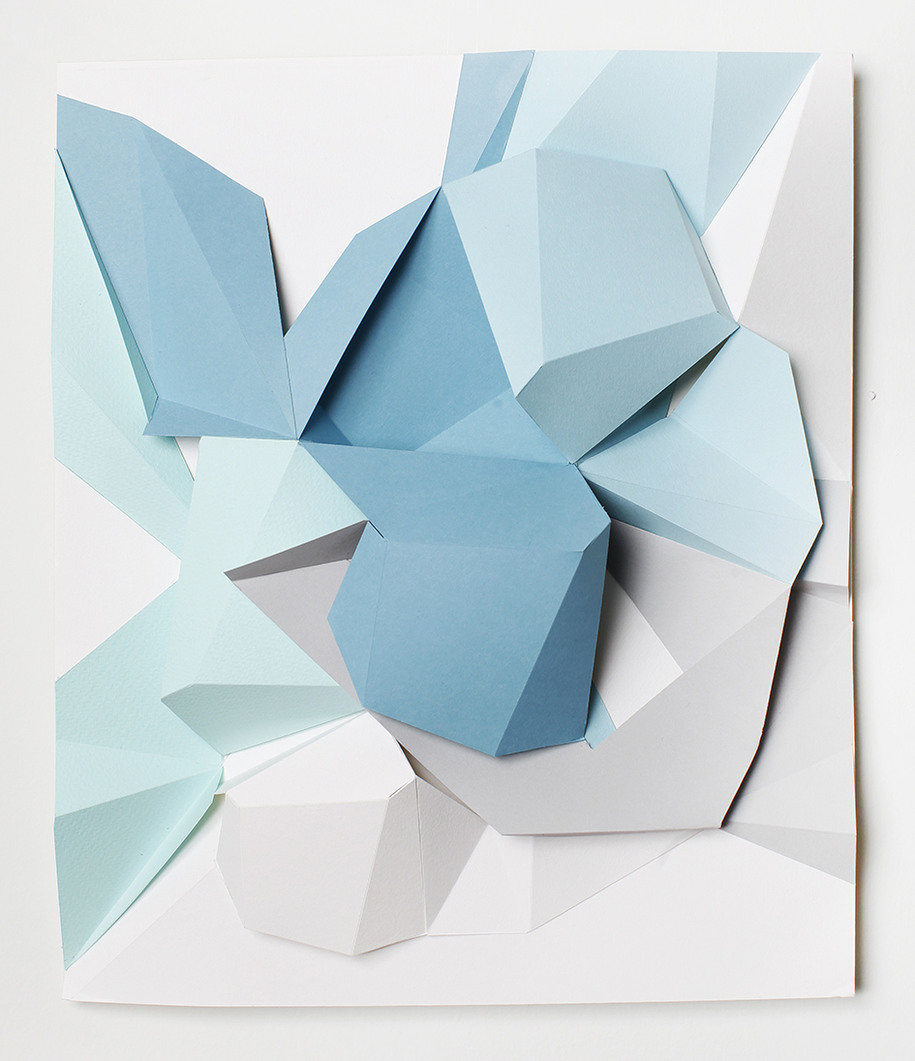 In an expanded sense, we can recognize in the emphasis on folding as a process, an attempt to touch the abstractness of space by creating it at a scale that most fits the intimacy of the hands. Shifting the emphasis from the fold as a tool for creating architectural forms to folding as a performative action, the self (with its memories and desires) also becomes folded, architectural
space, recognizing in the un/folding of space and time the specificness of a texture: space becomes tangible and individuated within the porous limits of one’s own body. 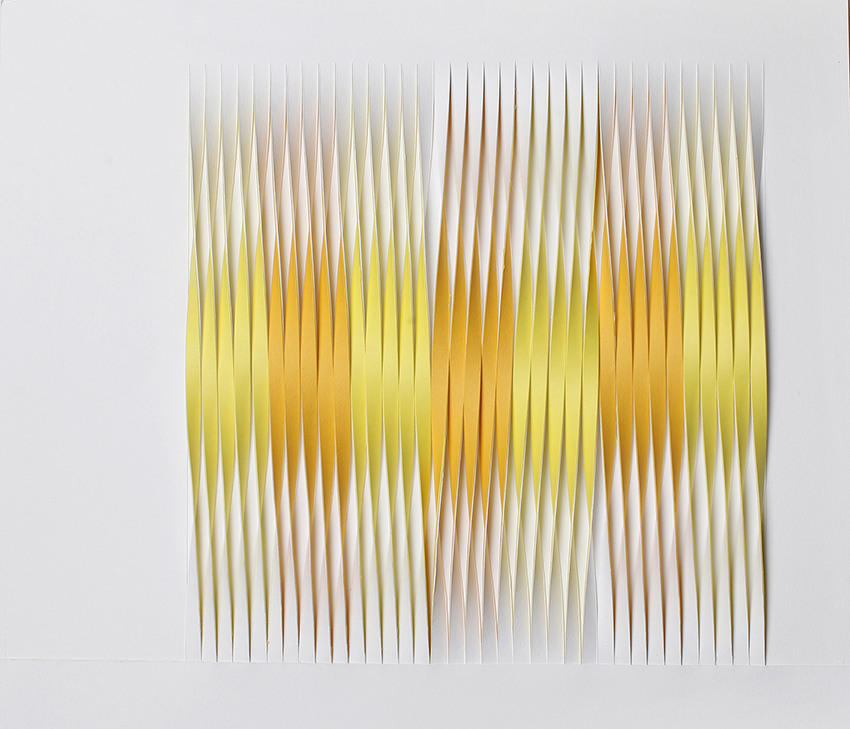 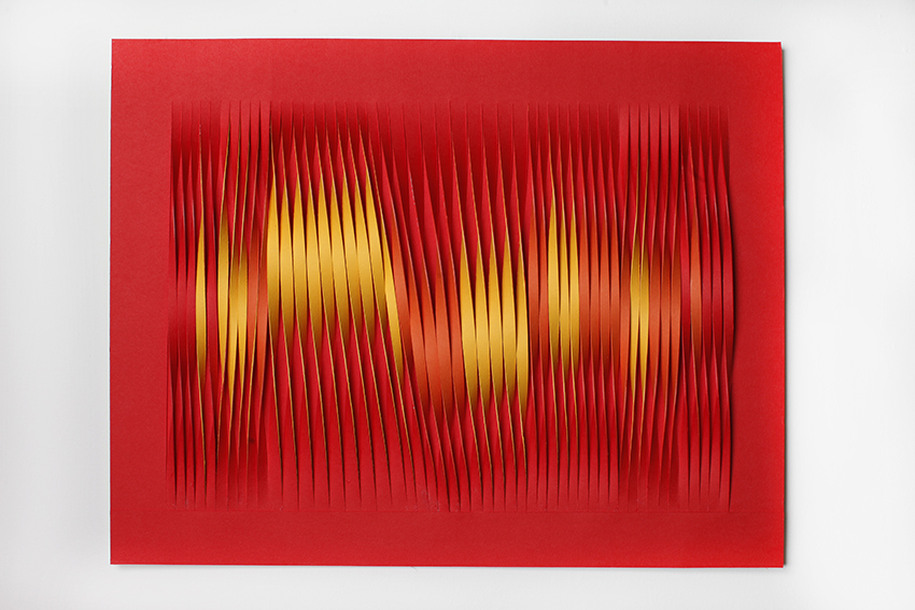