Aidah is a story and a landscape installation made of 50 black balloons, 500m of black ropes and 50 foam bricks, part of Dubai Design Week 2017.

The Middle East Region has boomed in the last 50 years with an economy based on oil. This growth rate and the incredible wealth has made the unthinkable possible. Cities bloomed from the arid desert and the whole region became an incredible and alluring place, attracting people from all over the world.
But this semi-utopian development approached its climax almost 10 years ago. The region had to re-imagine its future and create its own new, enticing identity. This process had to be planned and didn’t happen spontaneously under the leveling action of history, people and time.


Dubai’s time scale is on steroids, and its future had to happen, now. Aside from the obvious business vocation, the new-unknown identity focused on tourism, fun and wonder. Now, events like Dubai Design Week aim to widen the city’s foundation spectrum and focus on art, design and architecture as active tools to make the city, a city. 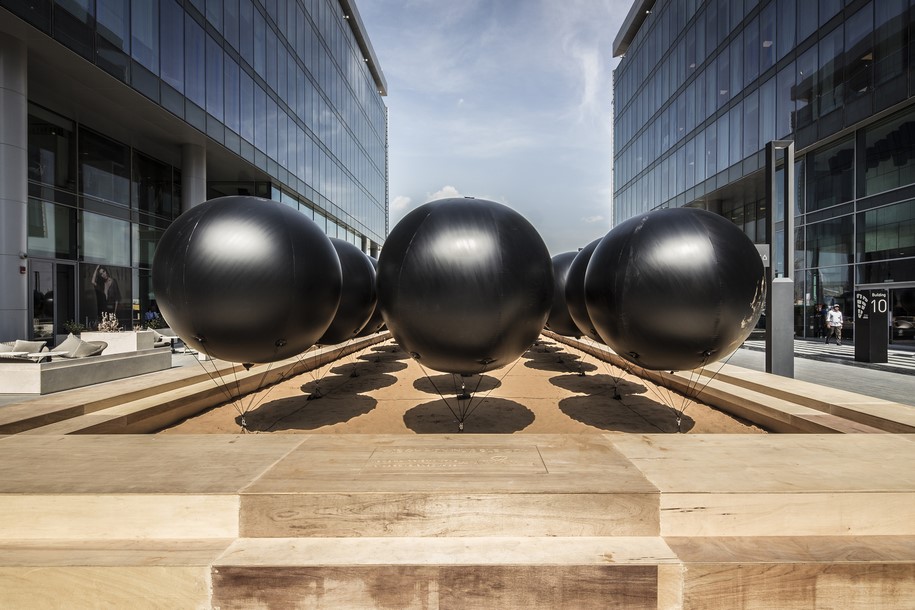 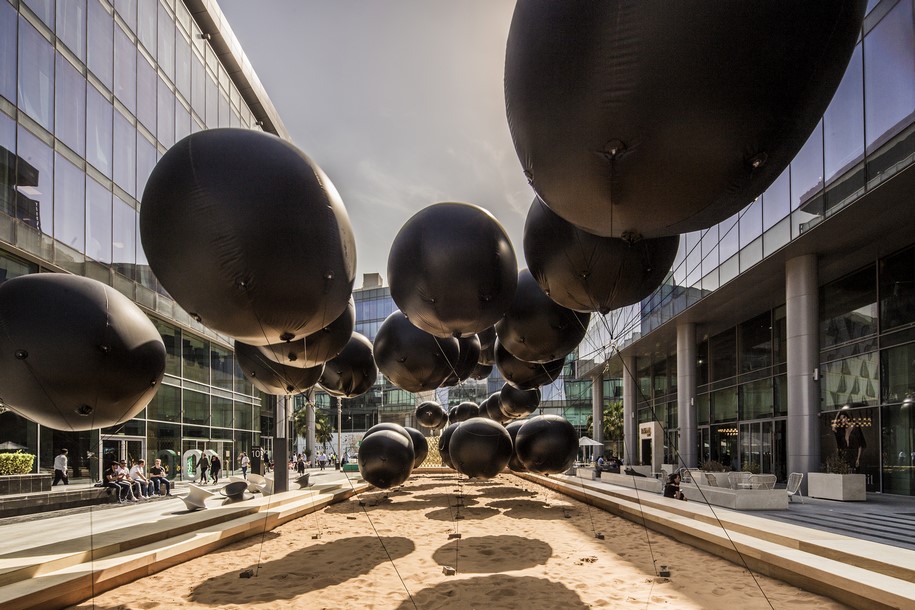 The Middle east region started as an inflated reality, balancing on the verge of becoming a theme park made of a collection of expensive capricious architectures. But now, the present time, it seems able to combine together its cultural, social and political input, creating a new city vision with a strong identity. If the region wants to strengthen and develop its future in the long term, it has to tie itself to a sustainable reality, not limiting its narration to just hyper bombastic urban scenographies. 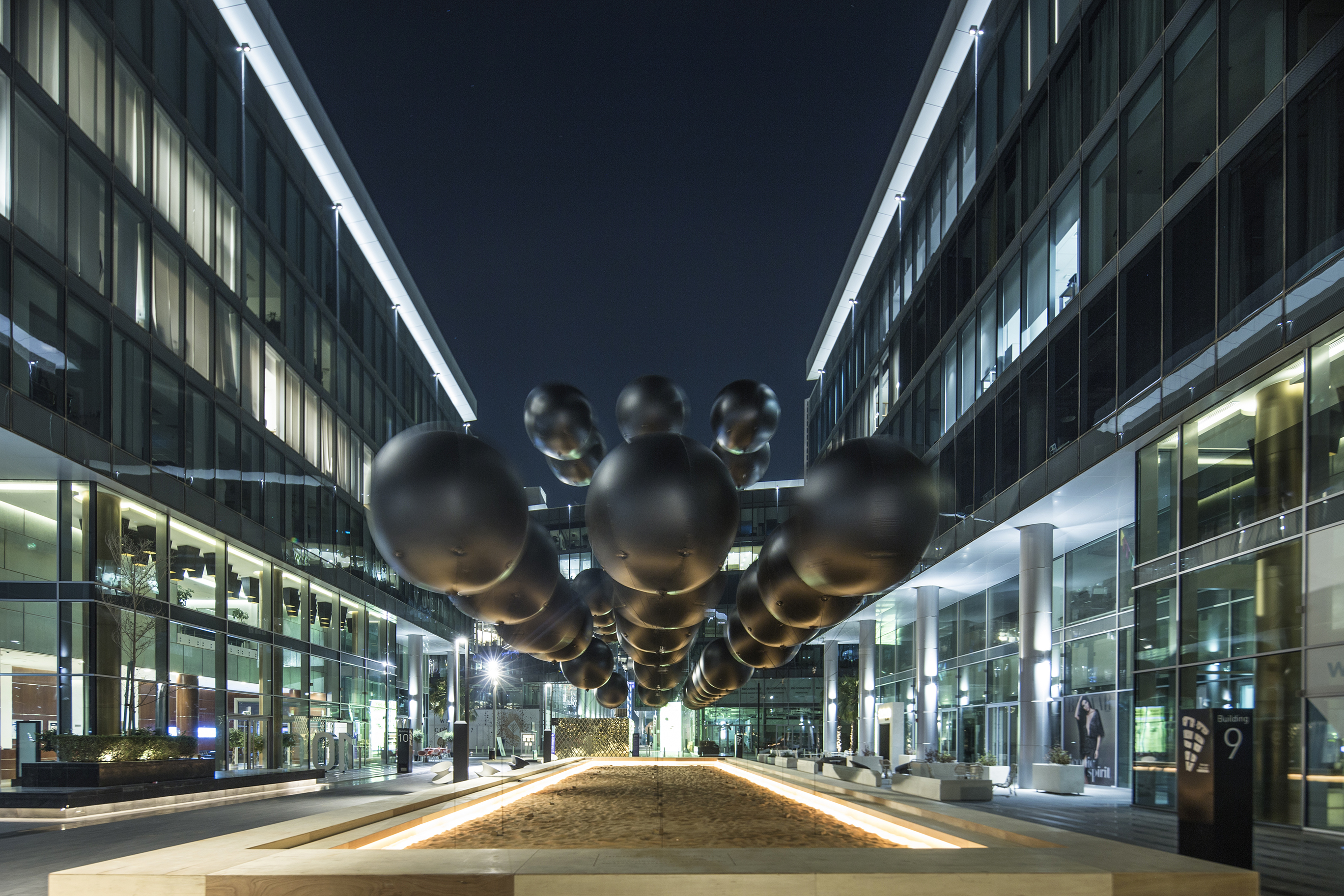 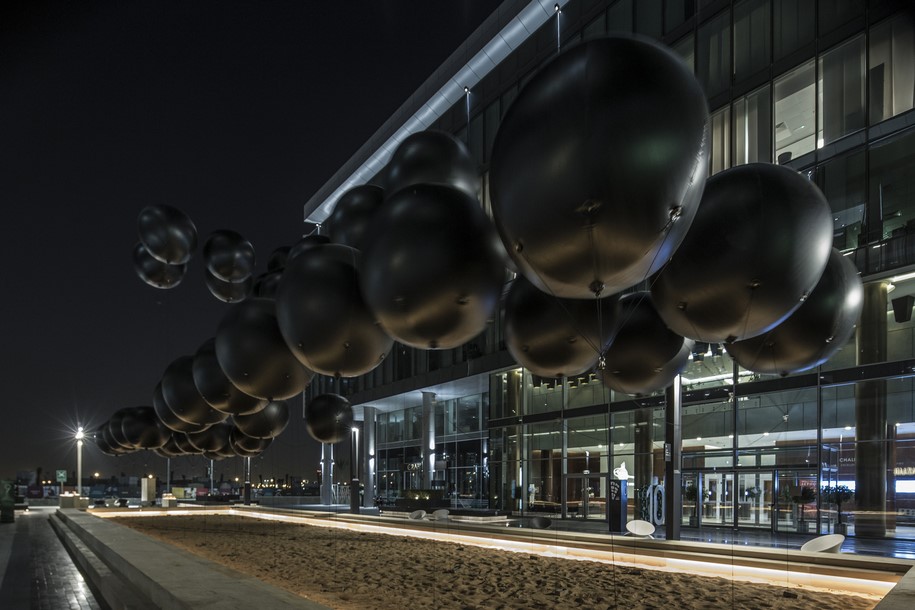 Aidah is a project that plays with what is described above.
Aidah is a provocative representation of a process, a diagrammatic illustration of a portion of Middle Eastern
history translated into architectural forms. Most of all, Aidah is a dream, a suggestion, an immaterial city that aims to investigate what makes a city a city. Our intention, is to use a temporary installation not as a self-referenced narcissistic display, but as a device that positively contributes to a debate about the future development of the Middle Eastern Metropolis. 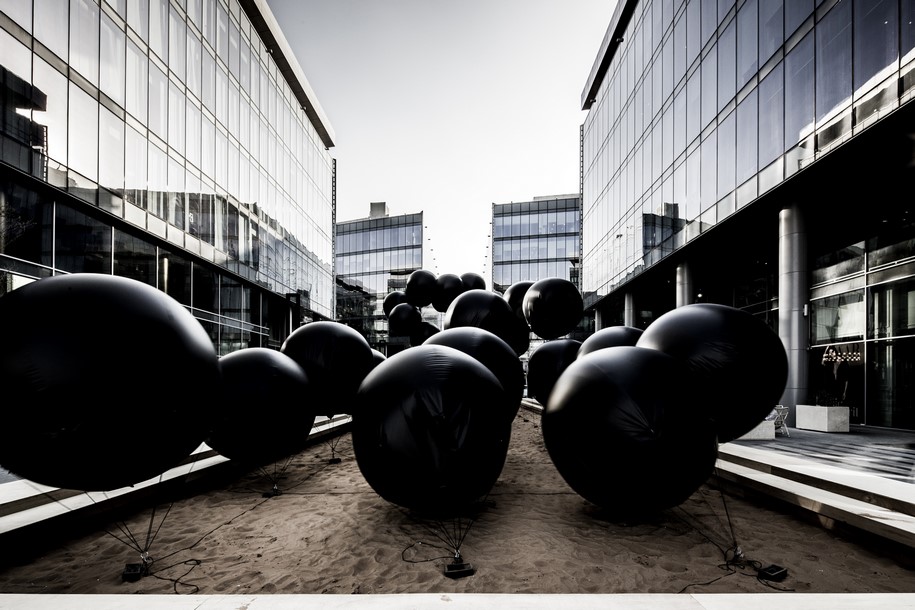 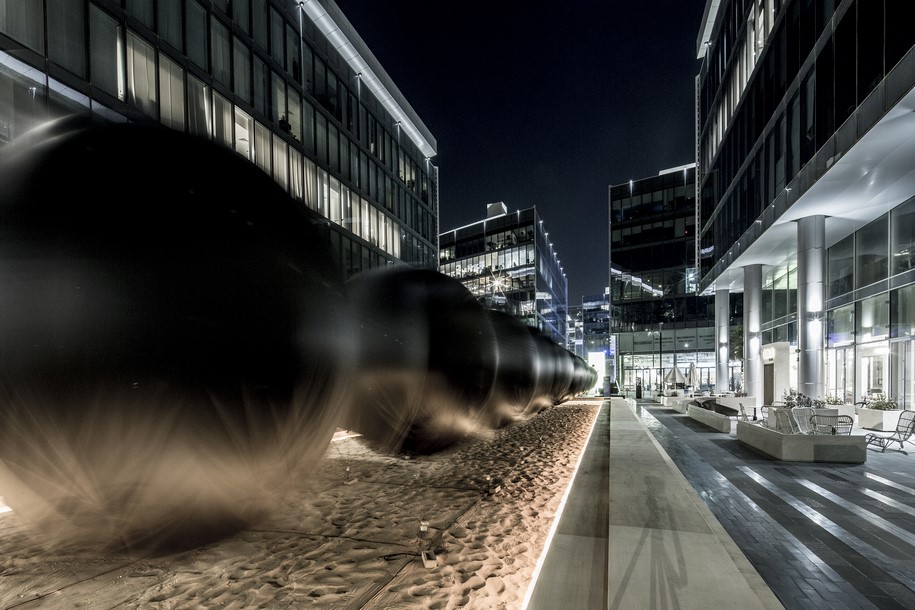 In Arabic culture Aidah means “one’s who returns”. We chose this name to build an a-temporal city where the cyclical idea of returning was present and celebrated. In a symbolic way, we want to highlight how the future of Dubai and the whole region cannot rely on temporary present conditions.

With respect and humble admiration, the project homages Italo Calvino “Invisible cities” imagining an additional chapter to the famous book.

This time, the emperor narrates the story of Dubai to Marco Polo. Words can be liberating, they can explore the concepts without any demand for reality. Starting the project by creating its story, allowed us to focus on the concept, giving great importance to the core idea that we then transformed into real spatial relationships and architectural forms.

We really enjoyed turning the usual architecture-illustration relationship upside-down. By writing a story first and then creating an architecture about it we used architecture as a tool, as a form of three-dimensional representation, as a medium to express a narrative, which allowed the concept to retain its powerful role.

The installation is made of 50 black balloons, 500m of black ropes and 50 foam bricks. These elements are combined together generating a floating landscape that belongs to and is in dialogue with the desert, the origin of everything. These flimsy structures evoke a sense of transient fragility and at the same time inform Aidah’s bold and distinctive character.

The floating spheres are the foundational element of the city (ref. Dubai’s oil), but at the same time its Achilles heel.
Much like the bubble of wealth created by the finite resource of oil, the city might burst or float away and it needs ballasts to anchor it firmly on the ground. The economic stability of the Middle east is granted by its foreign investments, that are here represented with black foam “London Bricks” we especially crafted for this installation. 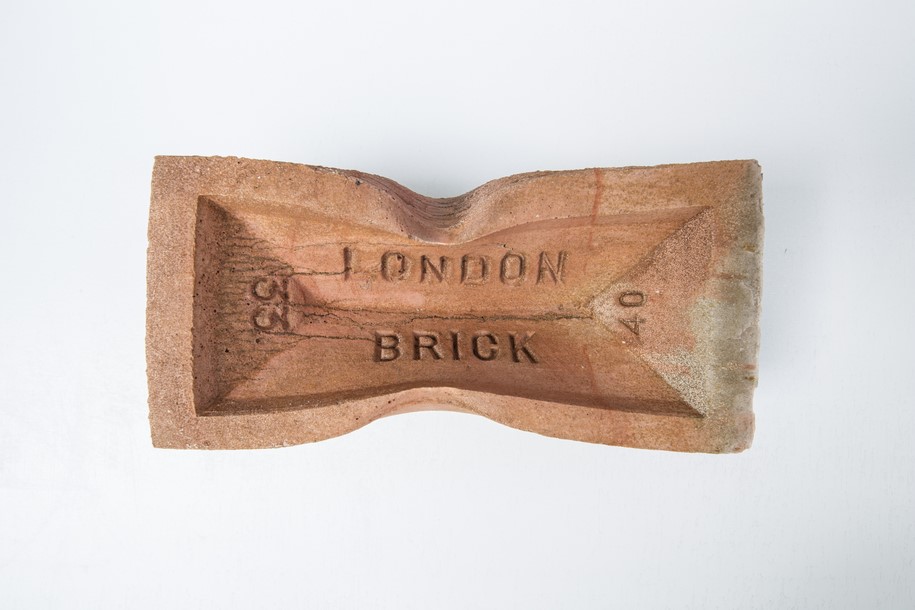 By building in the desert, Aidah also aims to question the idea of “land value”. The installation shows that the occupied square meters might have zero “land value” from a real estate point of view, but they generate a fascinating space, adding a qualitative, symbolic and artistic value to the deserted land. 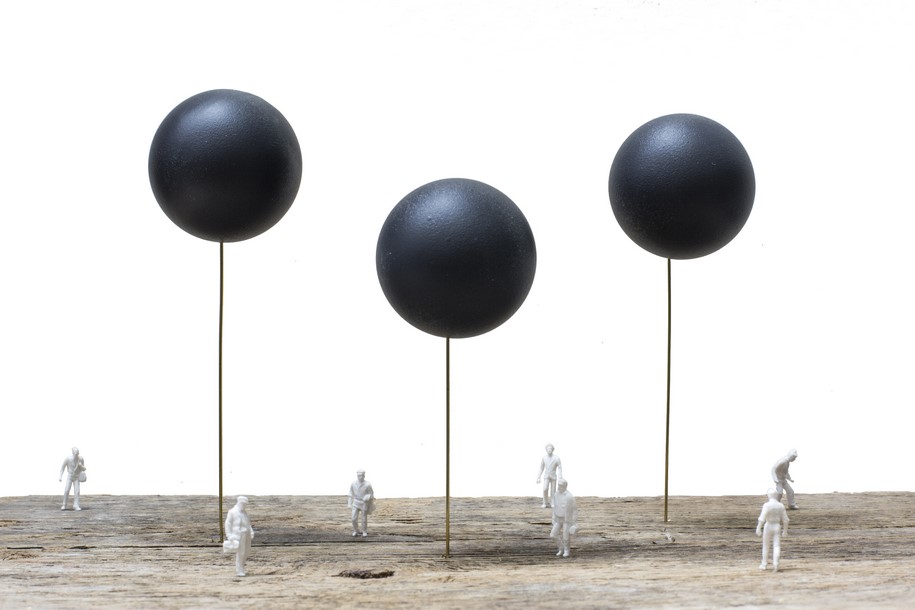 Read the story of Aidah here!

READ ALSO: Fala Atelier converts a windowless garage into a house in Lisbon
SOURCE: All texts and images via the authors
Links: “AIDAH – AN INVISIBLE CITY”
0 COMMENTS