#Stayhome and enjoy a virtual tour in some of the most famous museums around the world.

The following interactive online maps, image galleries and banks of 3D scans of the artefacts invite art enthusiasts to explore some amazing pieces of world history with unprecedented access and ease.

The British Museum is the first national public museum of the world.
As part of its very large website, the museum has the largest online database of objects in the collection of any museum in the world, with 2,000,000 individual object entries, 650,000 of them illustrated, online at the start of 2012. There is also a “Highlights” database with longer entries on over 4,000 objects, and several specialised online research catalogues and online journals (all free to access). In 2013 the museum’s website received 19.5 millions visits, an increase of 47% from the previous year.
The collection of the British Museum contains famous objects on display such as the Rosetta Stone and the classical Greek sculptures. 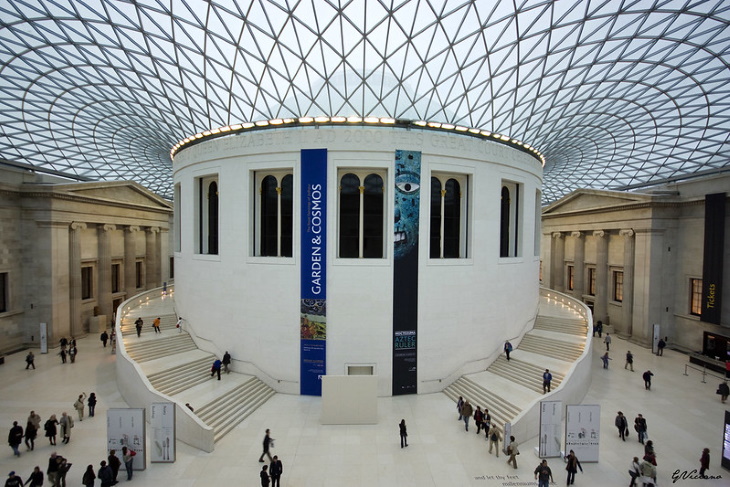 The Guggenheim Museum in New York, designed by Frank Lloyd Wright, is an internationally renowned art museum and one of the most significant architectural icons of the 20th century. The Solomon R. Guggenheim Museum is arguably the most important building of Wright’s late career. A monument to modernism, the unique architecture of the space, with its spiral ramp riding to a domed skylight, continues to thrill visitors and provide a unique forum for the presentation of contemporary art. In the words of critic Paul Goldberger, “Wright’s building made it socially and culturally acceptable for an architect to design a highly expressive, intensely personal museum. In this sense almost every museum of our time is a child of the Guggenheim.”

Visitors can experience special exhibitions of modern and contemporary art, lectures by artists and critics, performances and film screenings, classes for teens and adults, and daily tours of the galleries led by museum educators. Founded on a collection of early modern masterpieces, the Guggenheim Museum today is an ever-evolving institution devoted to the art of the 20th century and beyond. 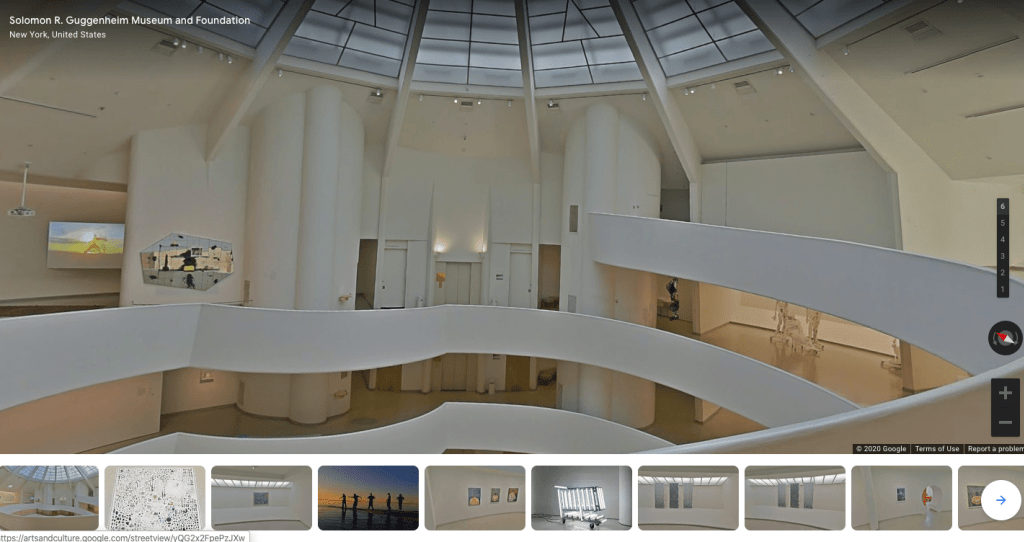 The history of the museum, of its building is quite unusual. In the centre of Paris on the banks of the Seine, opposite the Tuileries Gardens, the museum was installed in the former Orsay railway station, built for the Universal Exhibition of 1900. So the building itself could be seen as the first “work of art” in the Musee d’Orsay, which displays collections of art from the period 1848 to 1914.

“The station is superb and looks like a Palais des beaux-arts…” wrote the painter Edouard Detaille in 1900. Eighty-six years later, his prophecy was fulfilled.

The transformation of the station into a museum was accomplished by ACT architecture group, made up of M. Bardon, M. Colboc and M. Philippon. Their project was chosen in 1979 out of six propositions, and would respect Laloux’s architecture while nonetheless reinterpreting it according to its new function. The project highlighted the great hall, using it as the main artery of the visit, and transformed the magnificent glass awning into the museum’s entrance. 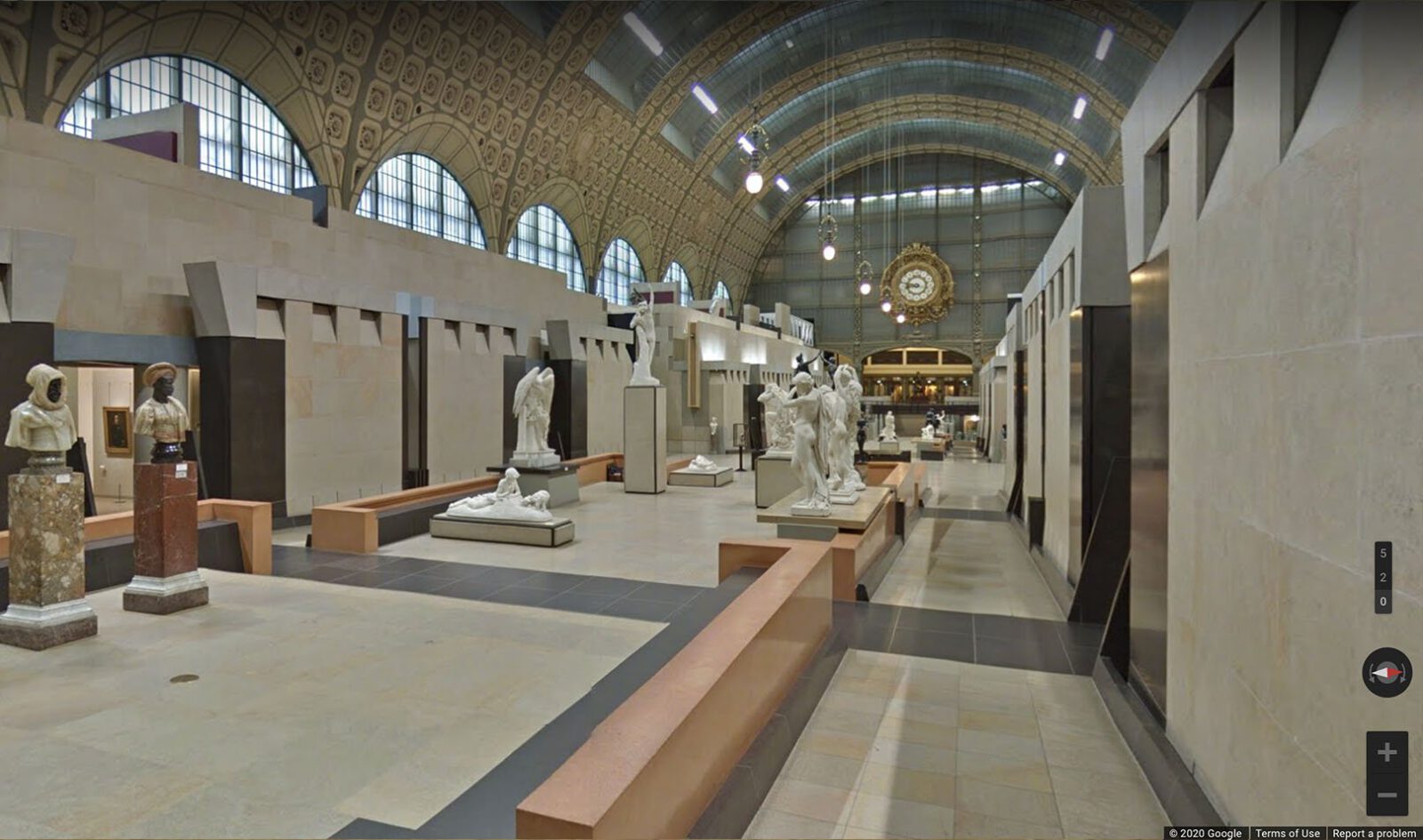 The Pergamonmuseum was designed by Alfred Messel; its construction was overseen by Ludwig Hoffmann and lasted twenty years, from 1910 to 1930. A smaller building initially stood on the same site for a just few years before being torn down.

It housed the important excavation finds unearthed by the Berlin museums, such as the frieze panels from the Pergamon Altar, reclaimed from the earth in digs that lasted from 1878 to 1886. Inadequate foundations, however, soon resulted in the building becoming structurally unstable and it had to be demolished.

The new, larger Pergamonmuseum was built as a three-wing complex. The museum now houses three of the Staatliche Museen zu Berlin’s collections: the Antikensammlung, Vorderasiatisches Museum, and the Museum für Islamische Kunst. The impressive reconstructions of massive archaeological structures – the Pergamon Altar, Market Gate of Miletus, the Ishtar Gate and Processional Way from Babylon, and the Mshatta Facade – have made the Pergamonmuseum famous throughout the world, with the result that it is the most visited museum at the Staatliche Museen and in Germany as a whole. 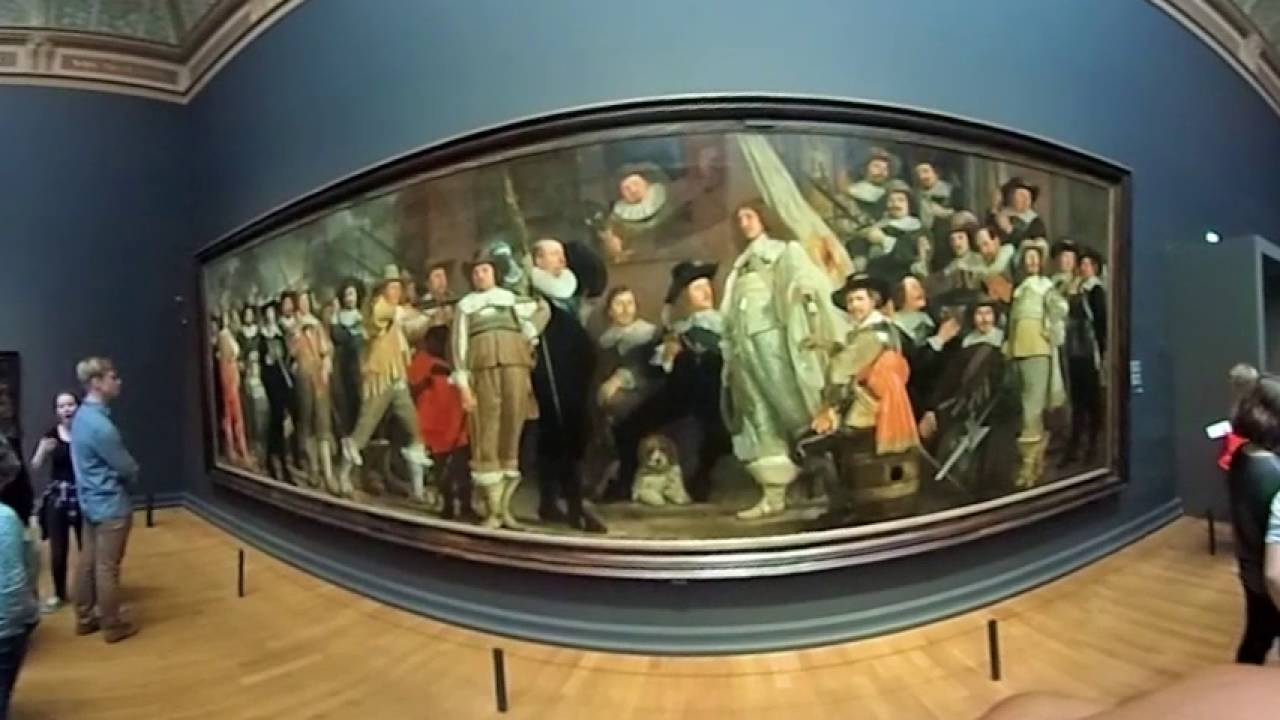 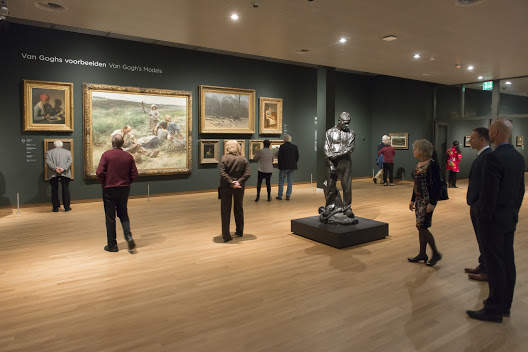 The Gallery entirely occupies the first and second floors of the large building constructed between 1560 and 1580 and designed by Giorgio Vasari. It is famous worldwide for its outstanding collections of ancient sculptures and paintings (from the Middle Ages to the Modern period). The collections of paintings from the 14th-century and Renaissance period include some absolute masterpieces: Giotto, Simone Martini, Piero della Francesca, Beato Angelico, Filippo Lippi, Botticelli, Mantegna, Correggio, Leonardo, Raffaello, Michelangelo and Caravaggio, in addition to many precious works by European painters (mainly German, Dutch and Flemish).

Moreover, the Gallery boasts an invaluable collection of ancient statues and busts from the Medici family, which adorns the corridors and consists of ancient Roman copies of lost Greek sculptures. 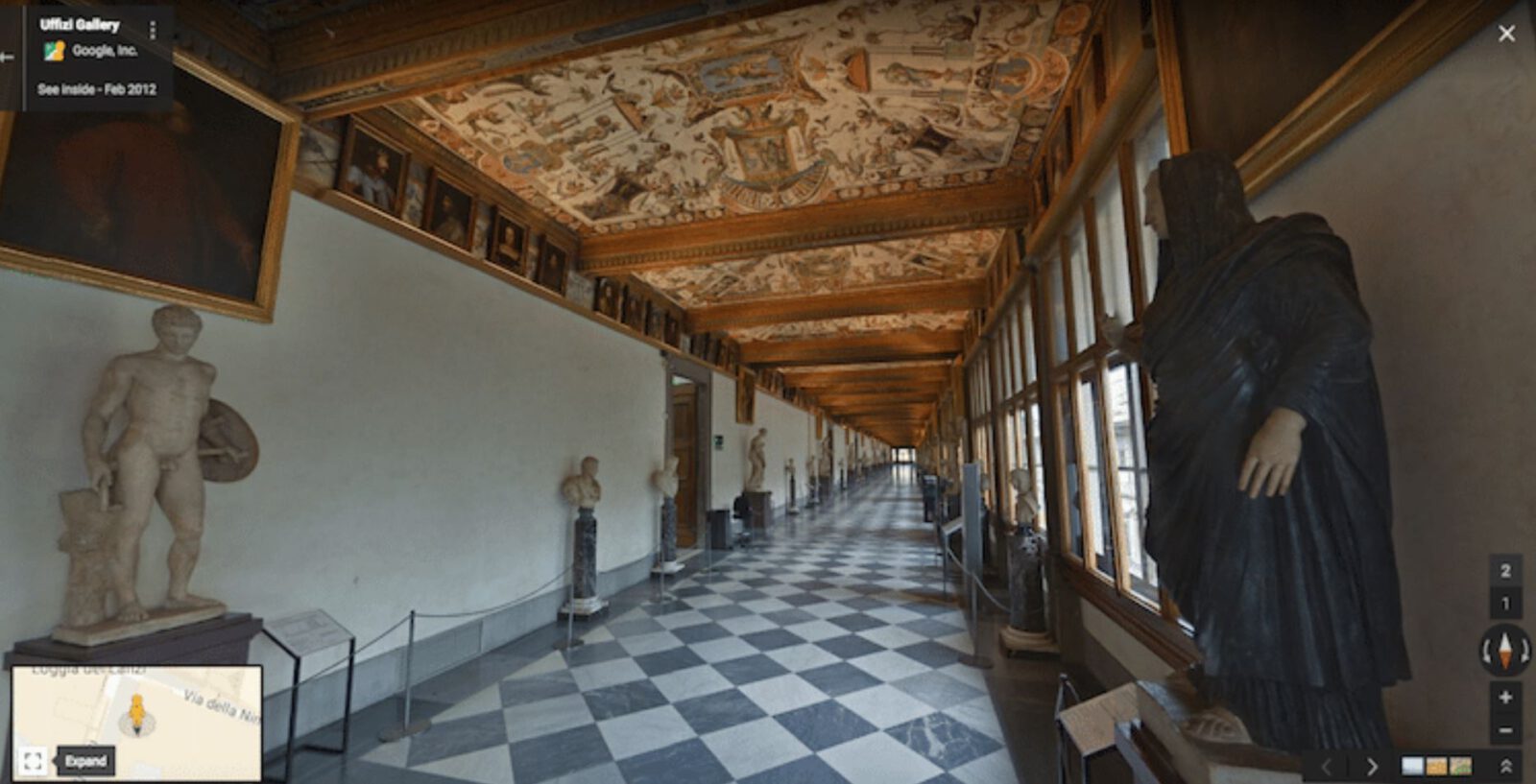 From a medieval fortress to an art museum, the Louvre palace has undergone eight centuries of architectural transformation, making it an embodiment of French history. The Louvre is the world’s most-visited art museum, with a collection that spans work from ancient civilizations to the mid-19th century.
The collection is divided among eight curatorial departments: Egyptian Antiquities; Near Eastern Antiquities; Greek, Etruscan and Roman Antiquities; Islamic Art; Sculpture; Decorative Arts; Paintings; Prints and Drawings.

Experience a 5 hr 19 min 28 sec cinematic journey through one of the world’s biggest museums in St. Petersburg, Russia. Take in 45 galleries, 588 masterpieces, and live performances, shot in 4K on iPhone 11 Pro in one continuous take.

The Met 360° Project presents a series of videos captured with a spherical 360° camera rig. The resulting videos offer new and dynamic access to some of the Museum’s iconic spaces with a perspective typically unavailable to the public.