The Urban vegan factory is a study on sustainable urban ecosystems, synergies and collaborations within a new model of productive cities, where nature and technology help return to primitives. 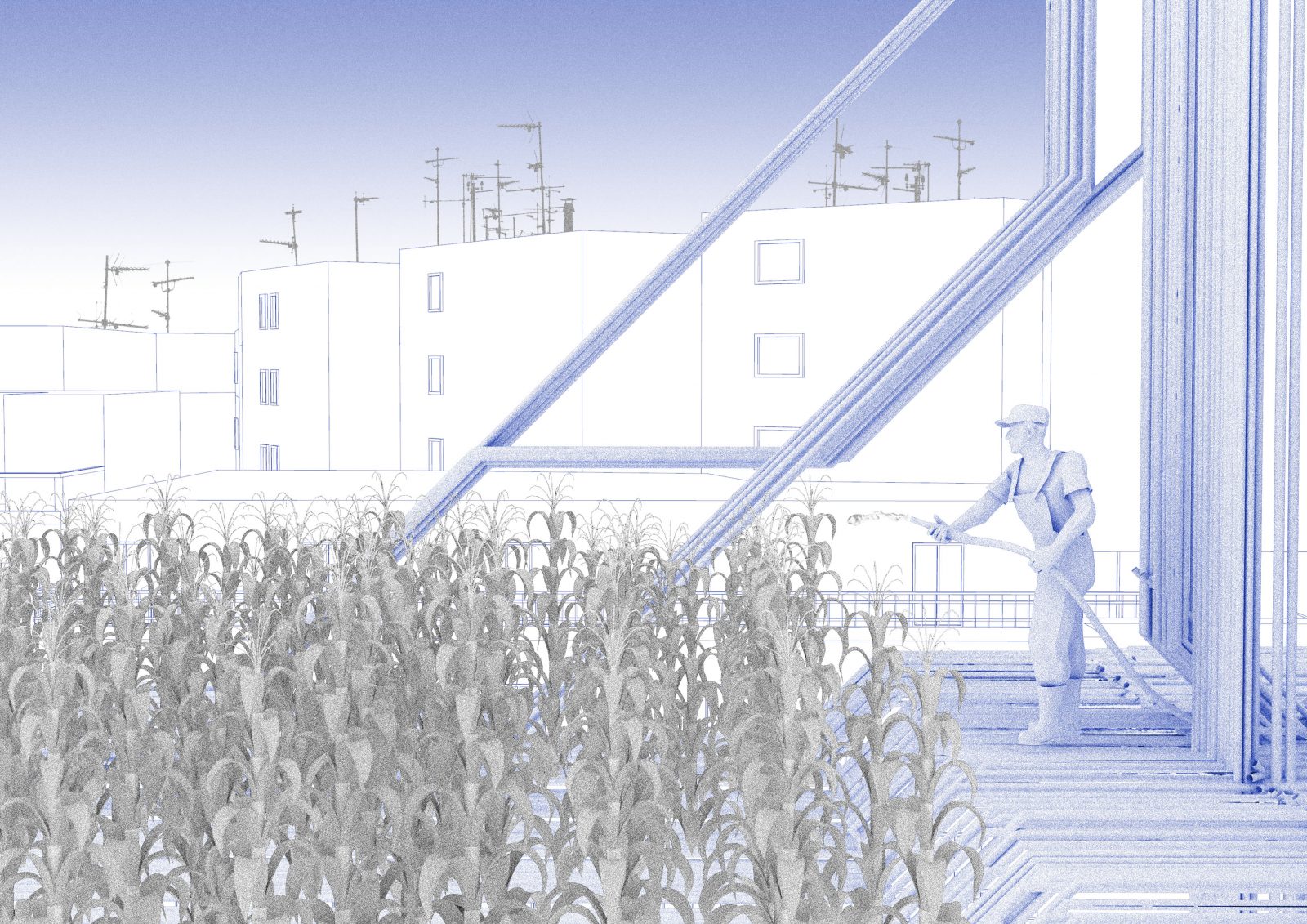 Taking into consideration these practices as manifestations of the everyday life, this project suggests the design of a new urban ecosystem, of synergies and collaborations within a network. A new model is proposed, based on the return to the primitives as well as, on the pivotal and decisive parameter of technology in architectural creation and its spatial interpretation in the urban context of Thessaloniki. 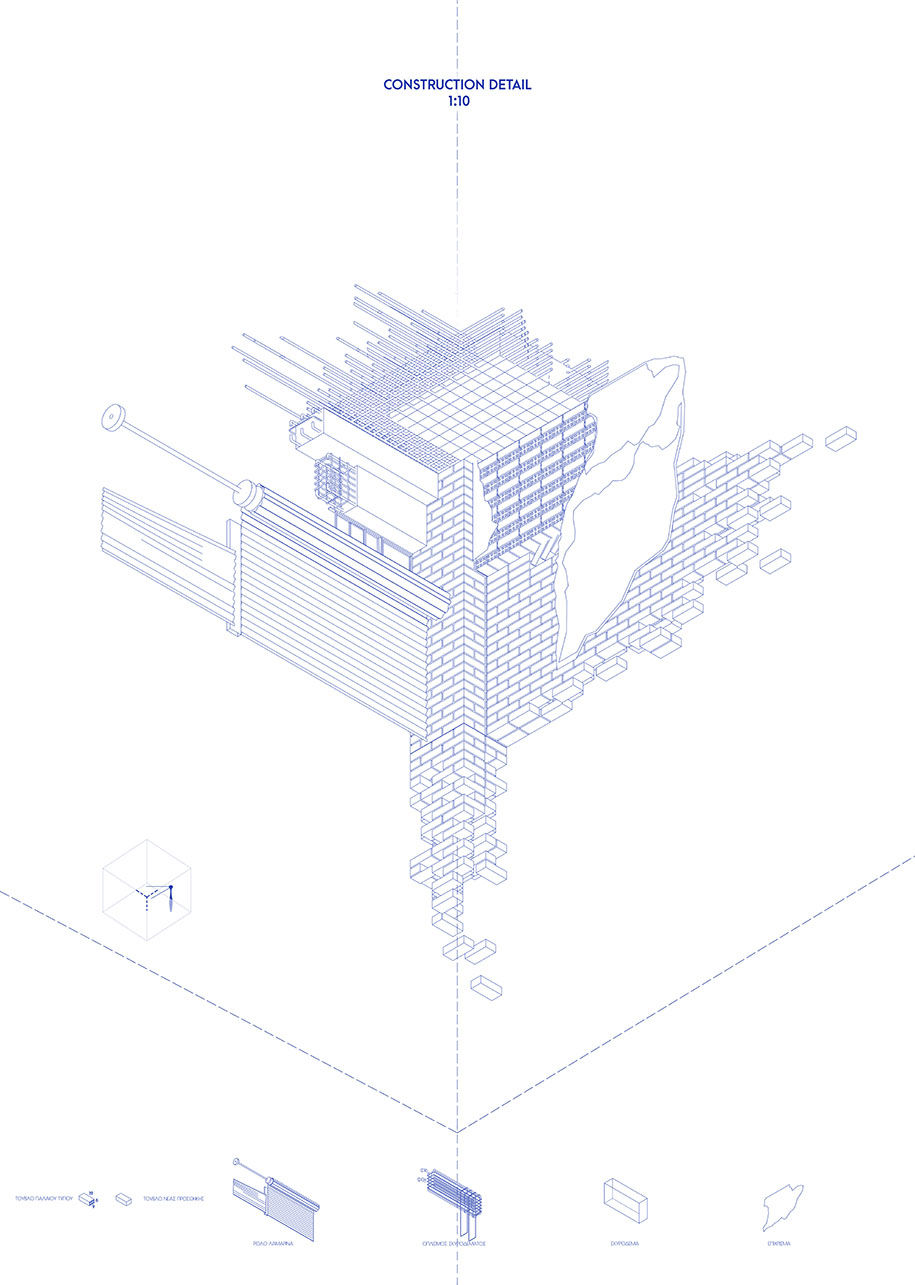 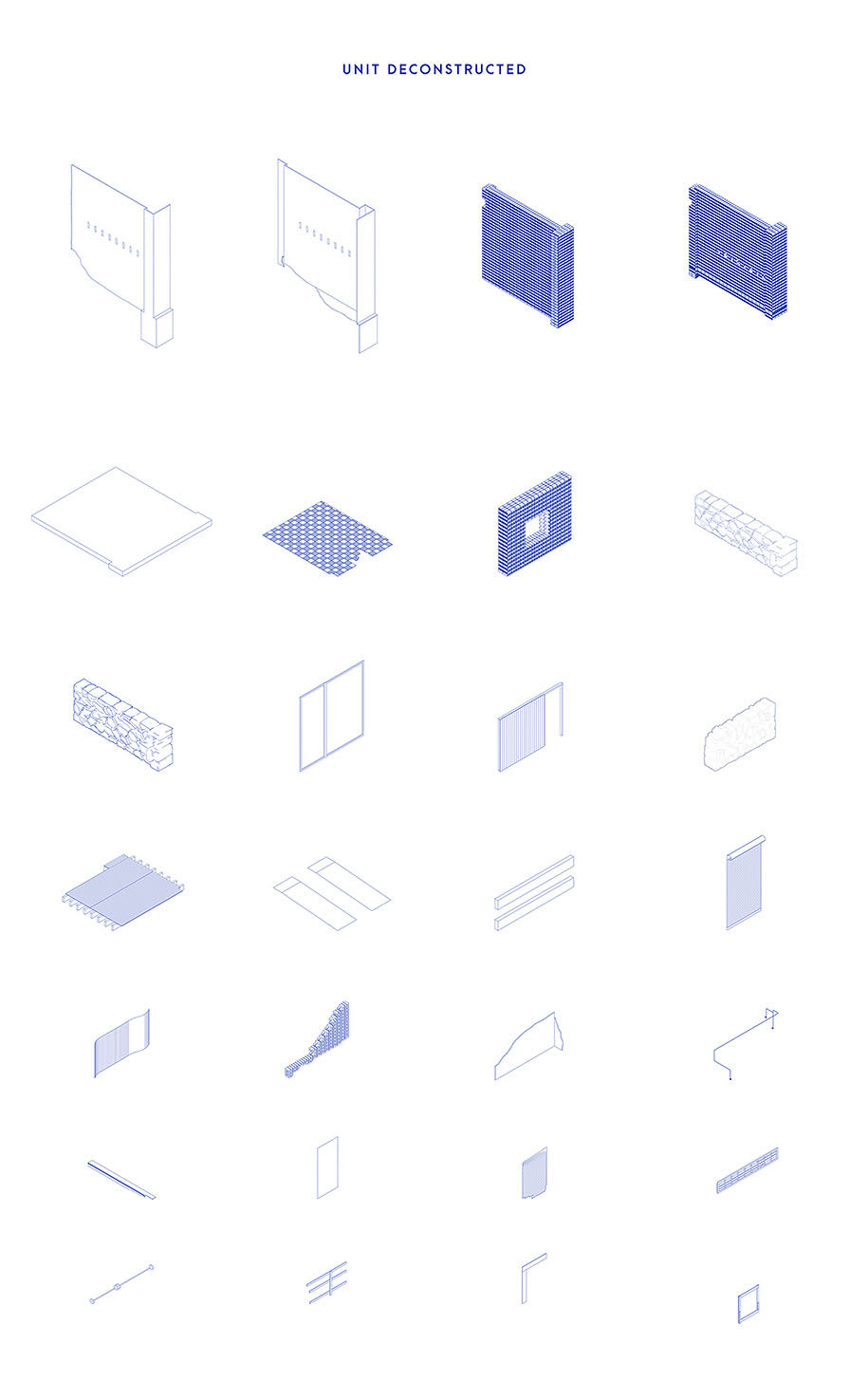 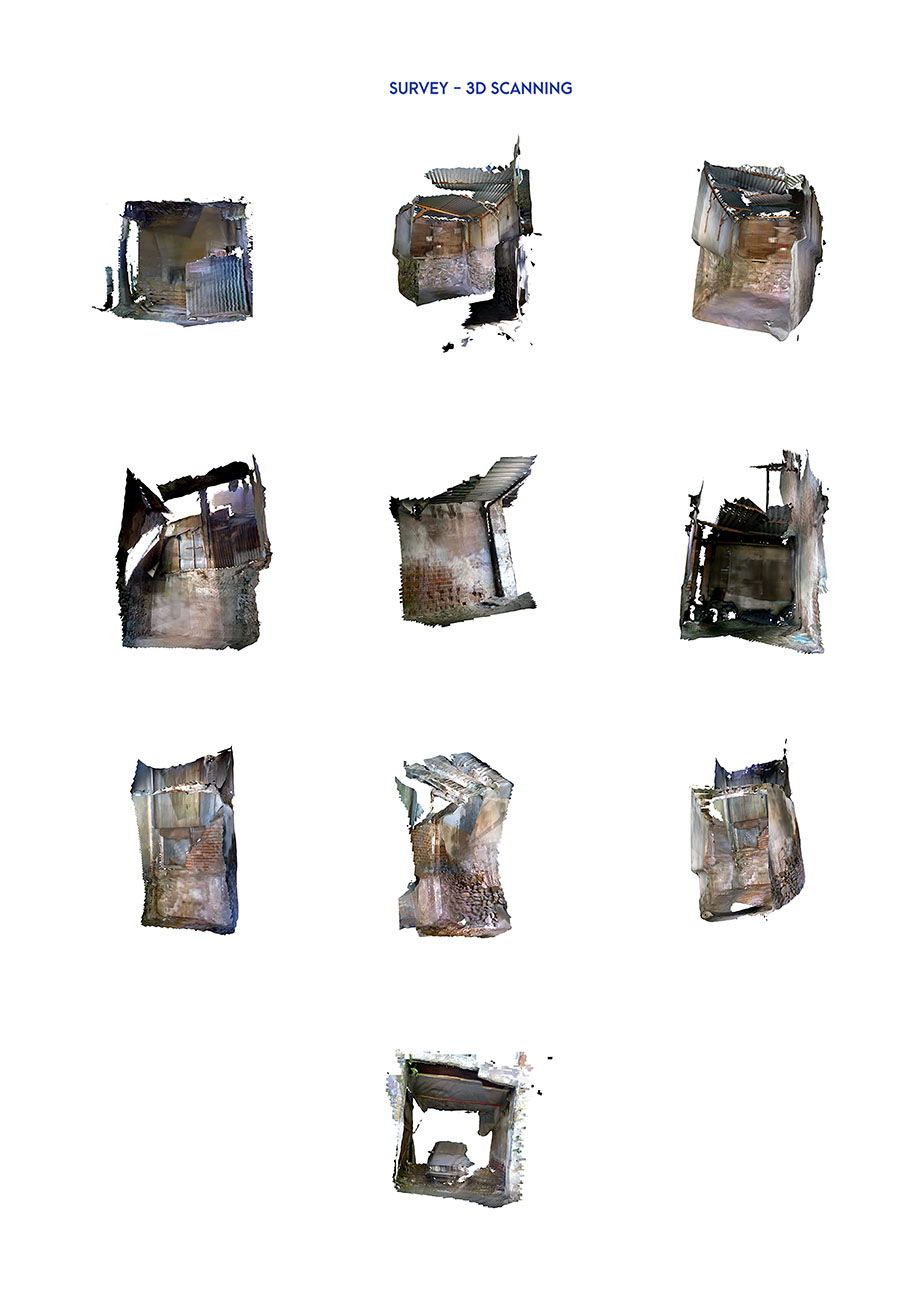 The initial point of the project is the need to reinvent and redefine the architectural practice as a tool in order to take advantage of the potentialities of the urban environment. In this case study Urban Factory is in the center of a dense urban area, open to the city and its citizens, specifically in the city center of Thessaloniki where an old market was located. By analyzing the site as an urban ecosystem and by identifying its needs and dynamics, the main purpose is the creation of a sustainable synthesis which obtains a certain level of autonomy. 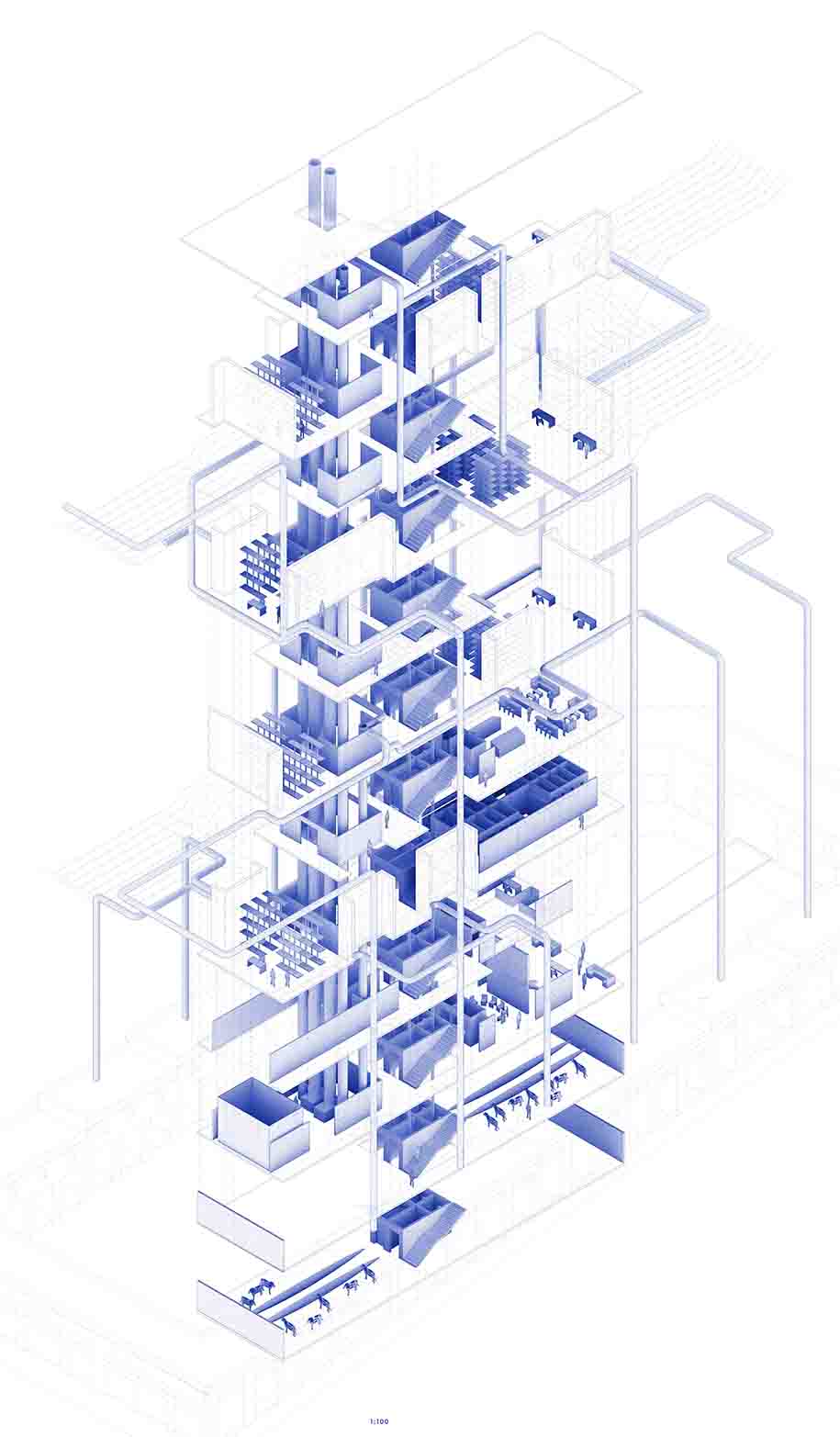 To achieve this, the production is basically focused on some of the Greece’s biggest operational biomass power plants, such as corn and artichoke. Biomass power is poised to occupy a significant share in the global renewable energy mix.

The necessity of the return to the primitives, led to the creation of a simple rectangular building at the core of the site which constitutes the basic biomass production unit and is made by reinforced concrete. The production line incorporates the principles of reuse, repair, refine, disassembly and recycle. The building is enclosed by fields where the plants are planted, grown and harvested in order to be sold. These fields are made with additive manufacturing and they adapt to the environmental stimuli by changing their shape each epoch of the year. After the harvest, the products are being sold through a pipe system which leads to the preserved and restored buildings of the old market. In that way the production begins and ends at the same place – it starts at the core of the site and is completed at the markets all around the factory where the distribution to the final consumers is taking place. 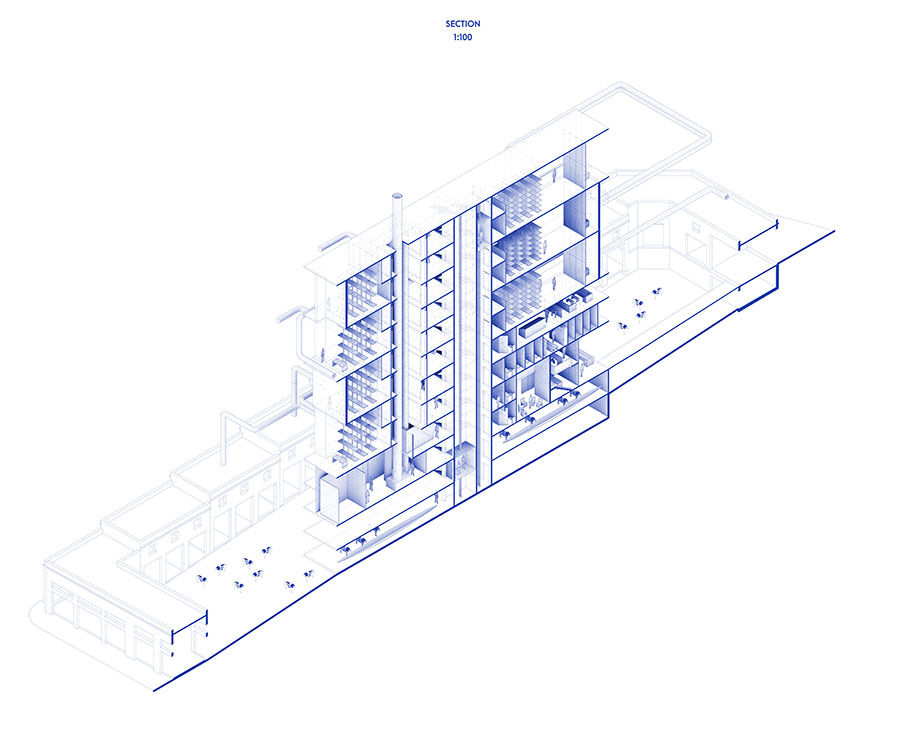 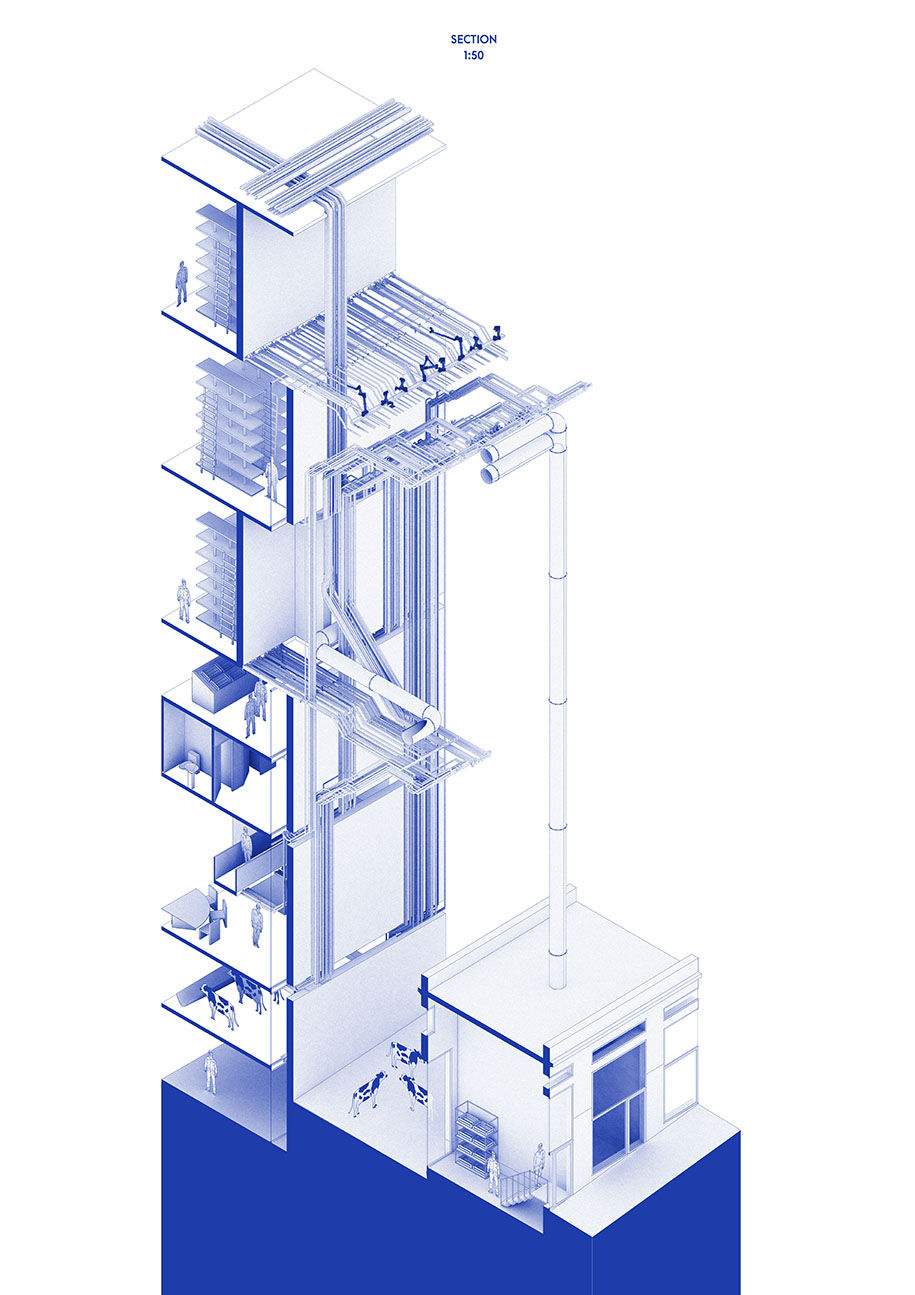 The aim of this project is the establishment of a public building which constitutes a hybrid since the production and the sale process are inseparable. Thus, manufacturing industry becomes interactive, adaptive, fully connected and even cognizant of its own power quality. The building is no longer an object but rather a procedure and the human activity is the motivating force. This proposal establishes a new relationship between factory employers and clients. A new chain is created. 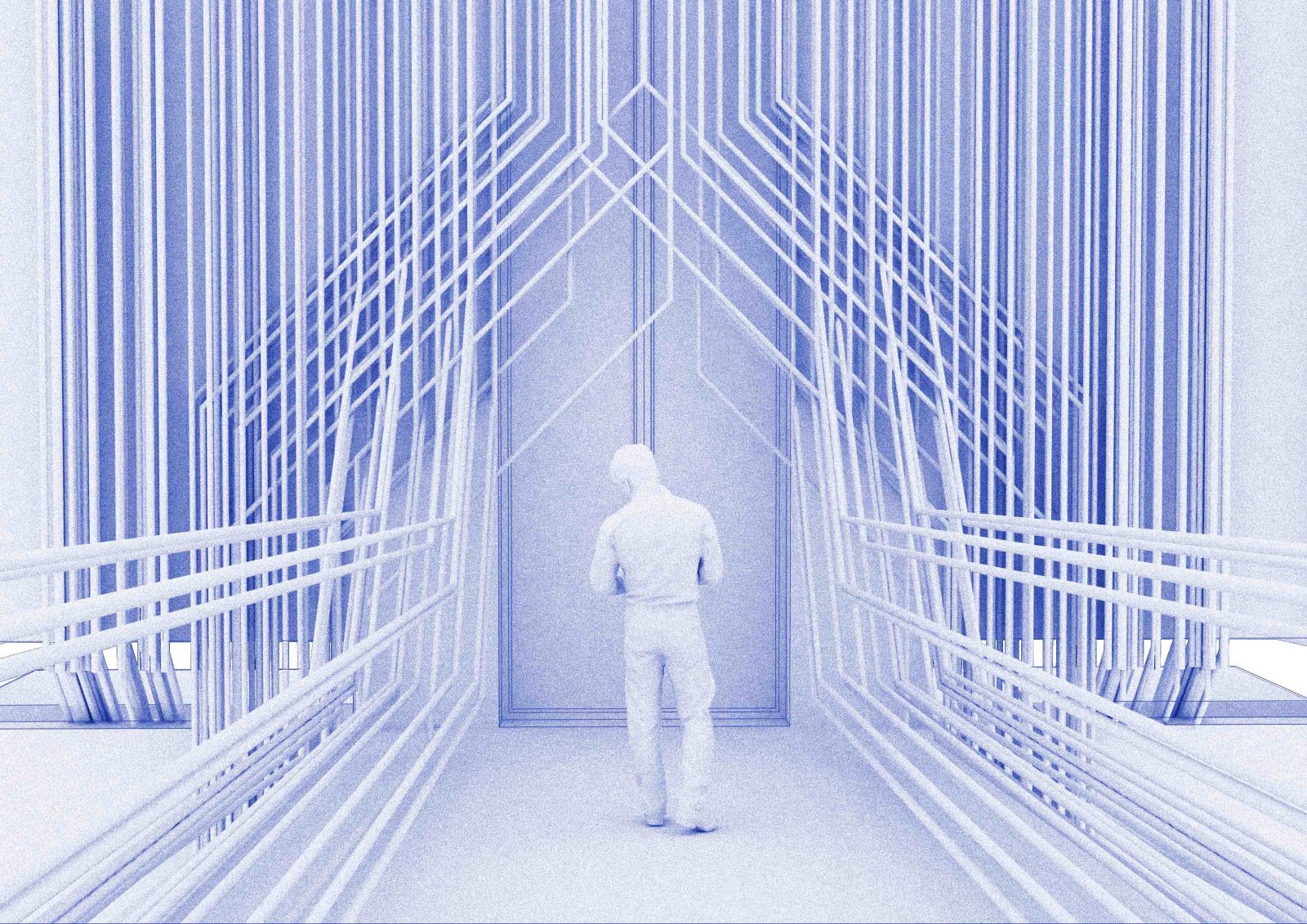 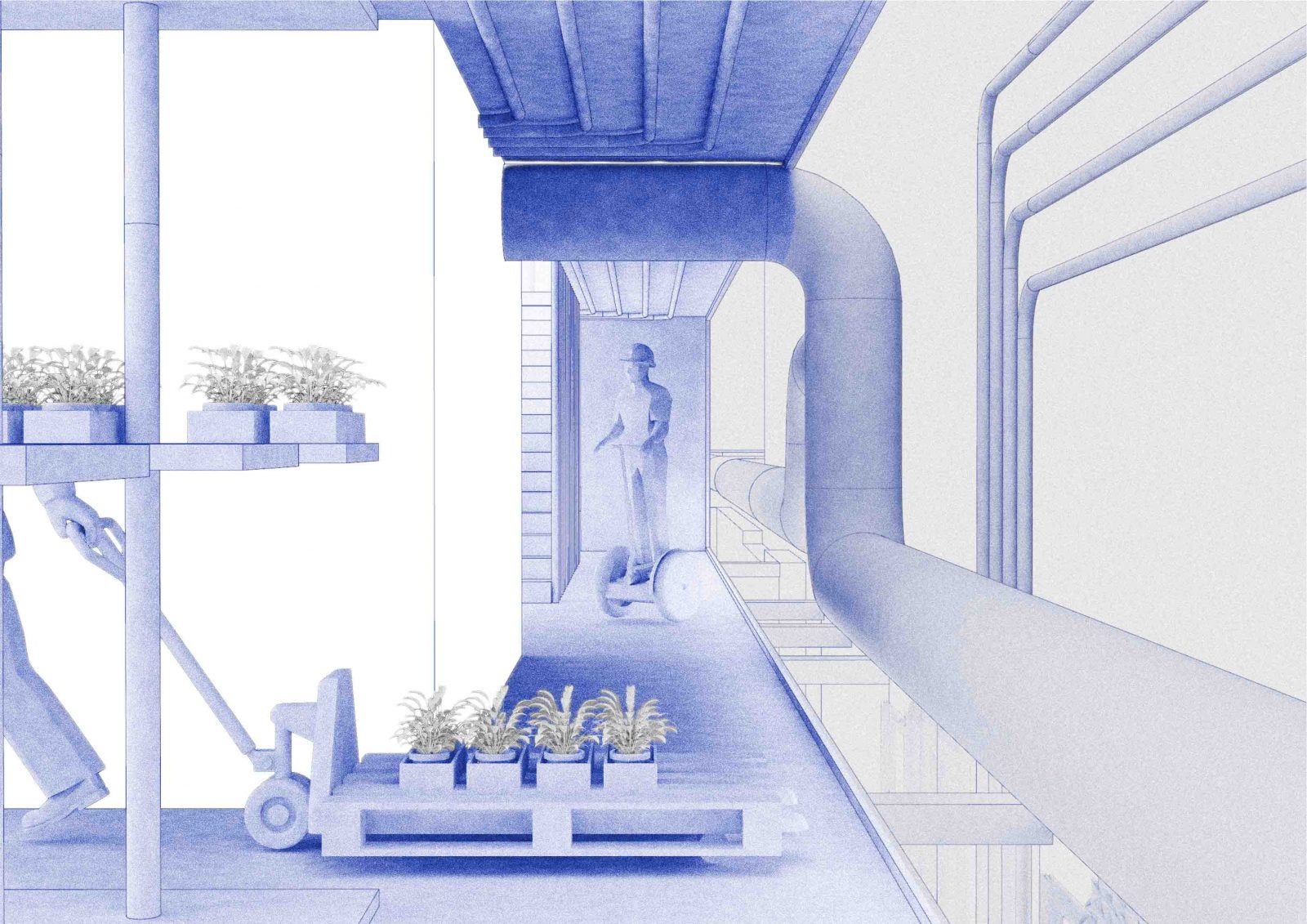 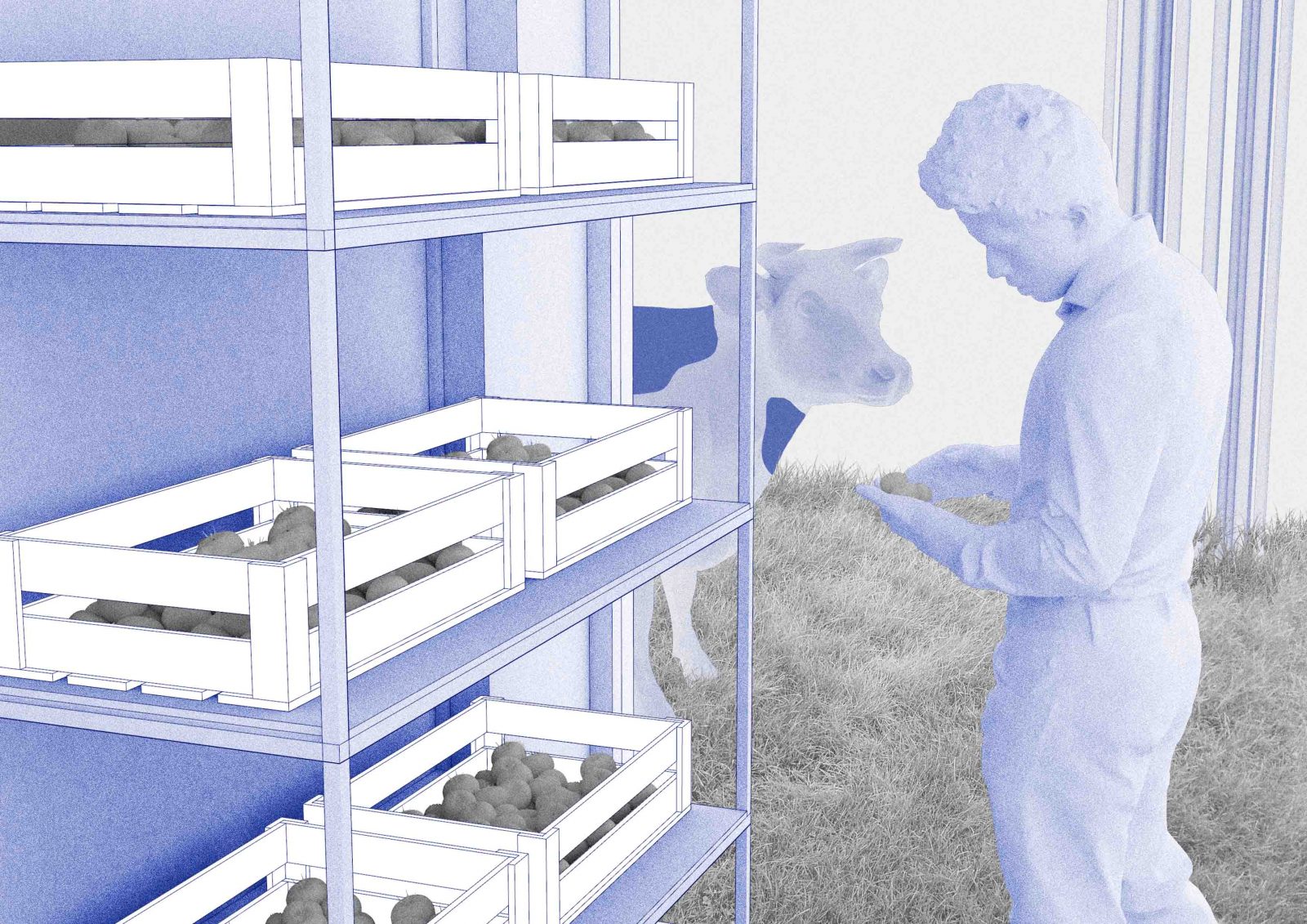 Studio Architecture in excess:spaces of information, recreation and desire.

by VALIA KAVALLAArchisearchhttps://www.archisearch.gr/wp-content/uploads/dunes_beach_hotel-2-370x700.jpg
SHARE THIS PAGE
WITH YOUR FRIENDS