Are the tools of architecture able to function as a means of clarifying and resolving social injustices and inequalities?

Is the three-dimensional representation and depiction of an accomplished spatial event able to restore truth and credibility to what is systematically constructed as “real”?

Is the digital reconstruction of a spatial experience able to reveal the dynamic relationships and motivations of people present and acting in that particular space?

Forensic Architecture investigates the killing of young LGBTQ activist Zak Kostopoulos in central Athens aiming to establish whether his sexual identity and activist action were part of why he was beaten to death as well as the amount of state responsibility to be attributed and assumed.

On Friday 21 September 2018, Zak Kostopoulos, a young LGBTQ activist, was brutally beaten to death, in broad daylight, on a busy pedestrian street near Omonia square, in central Athens. Dozens of passers-by paused to observe a group of men violently attacking Kostopoulos, who, for reasons still unknown, found himself trapped inside a jewellery shop that was owned by one of the attackers. When the police were called to the scene, Kostopoulos, already seriously injured, was violently apprehended, pinned him to the ground by nine police officers, and beaten again. Kostopoulos arrived at the hospital handcuffed, and dead. 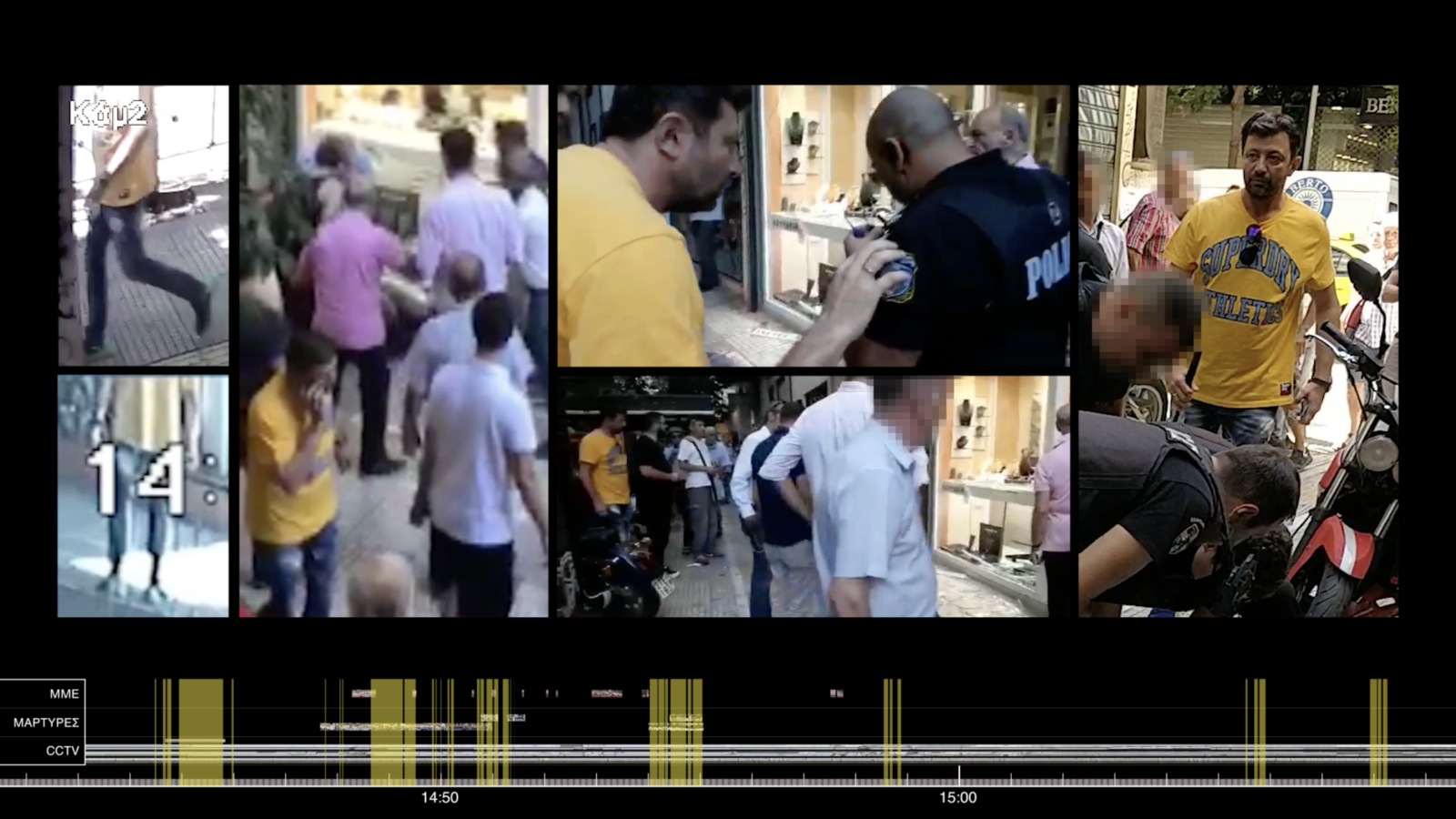 Police made little effort to investigate Kostopoulos’ death. They did not collect sufficient testimony, or footage from the numerous mobile phones and CCTV cameras that captured the scene. The assailants were not immediately arrested, and the crime scene was not sealed, allowing the jewellery shop owner to clean up potentially critical evidence. Media outlets, clearly in possession of more relevant footage than the authorities themselves, aggravated the situation by spinning divisive narratives in an already volatile political context.

Against the backdrop of such social and political failure, and given the reluctance of the police to investigate themselves, civil society initiatives (such as #JusticeforZakZackie) began to pursue accountability independently. Forensic Architecture was asked by the Kostopoulos family, and their legal representatives to investigate the killing. 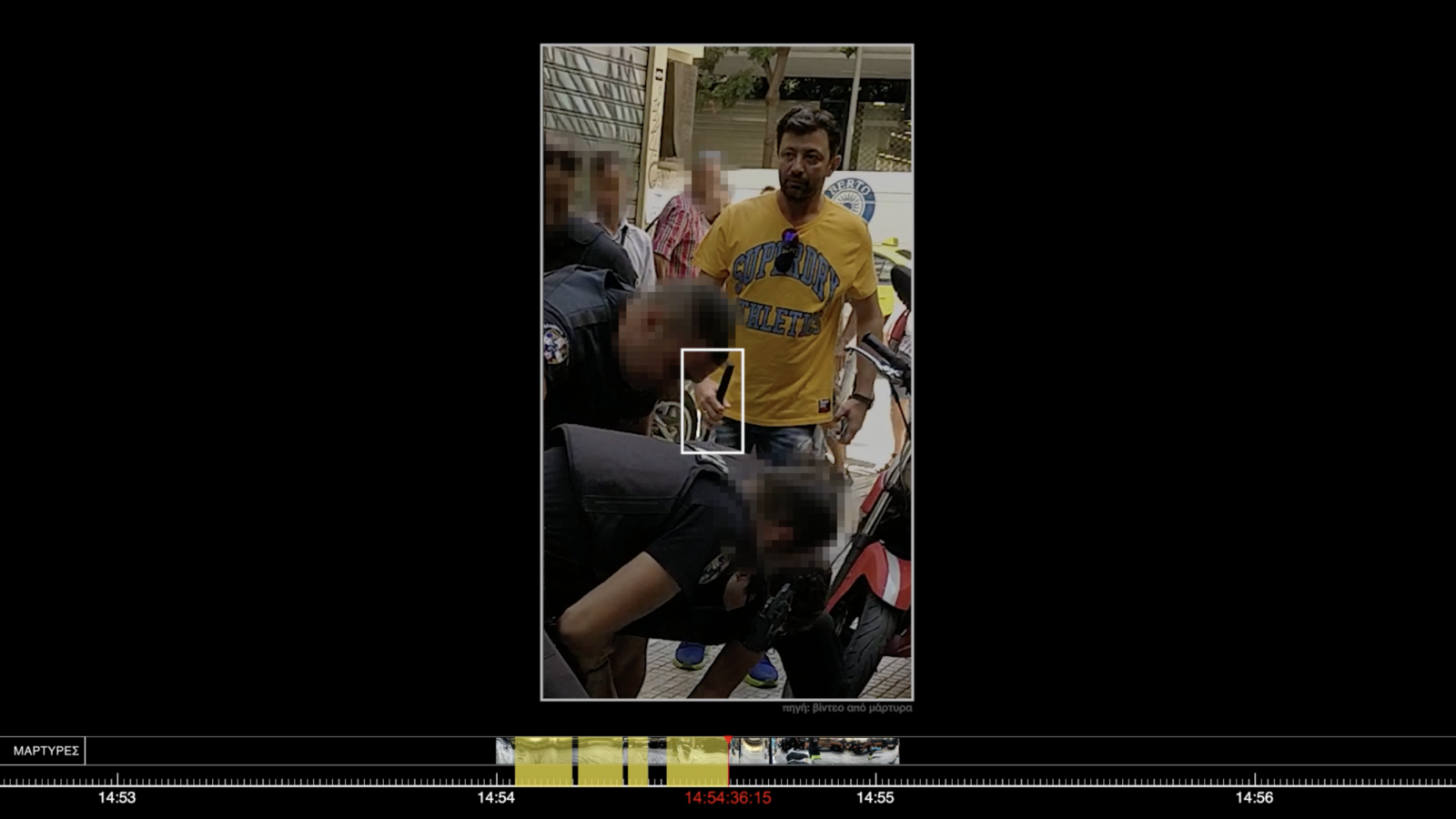 We aimed to establish whether Kostopoulos’s identity and activism were part of the reason he was assaulted, and whether the policemen at the scene were complicit in his death. 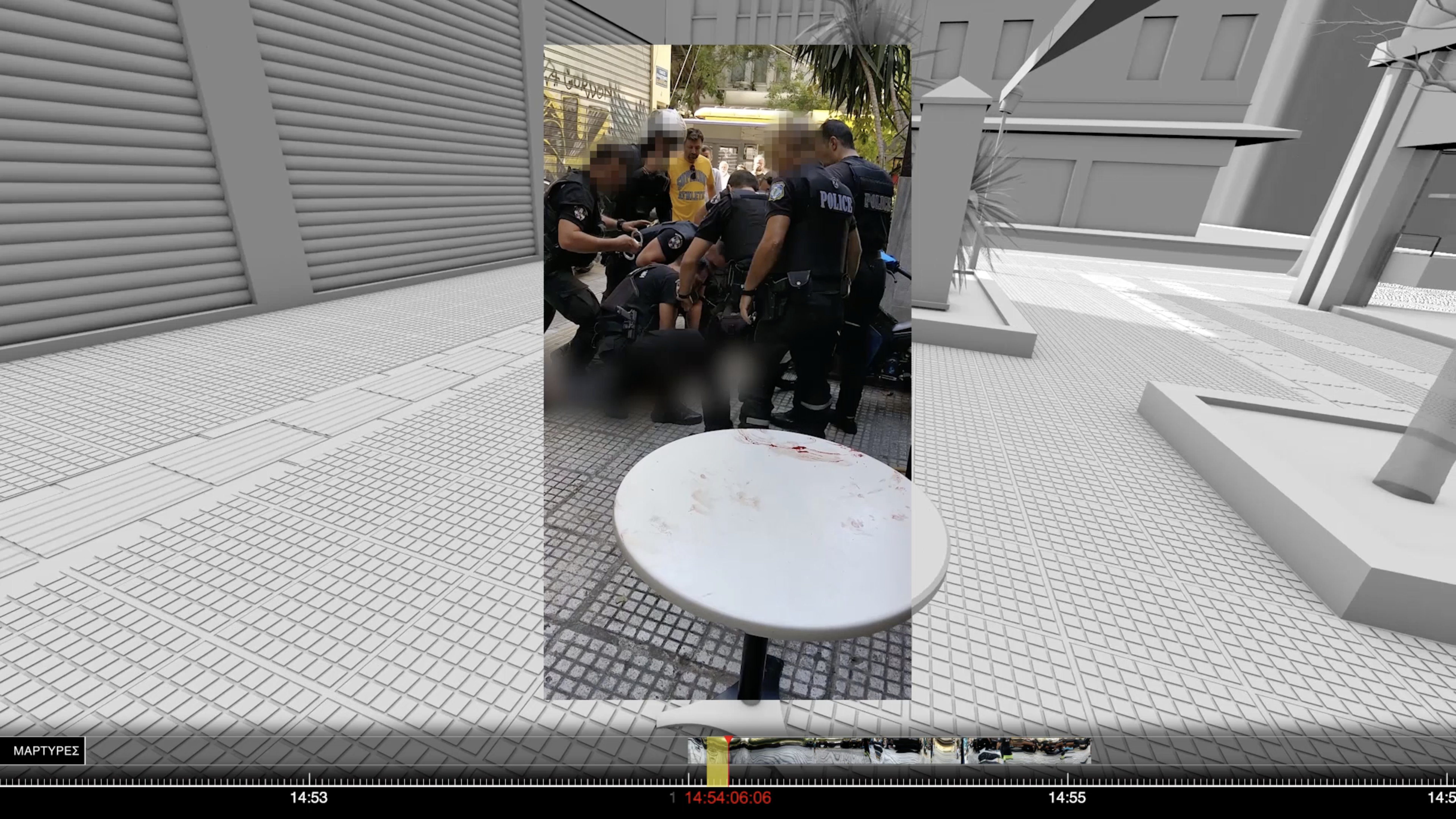 In doing so, we made a series of strategic prompts, to challenge the official state investigation, prompting investigators to re-open the case.

Forensic Architecture submits a report to the Greek state investigator. That video investigates the presence of a specific witness – ‘the man in the yellow t-shirt’ – and leads to the extension of the official investigation into Kostopoulos’ killing, which was previously considered to be complete. Greek investigators are currently conducting a second round of interviews with key witnesses in an attempt to identify ‘the man in the yellow t-shirt’. 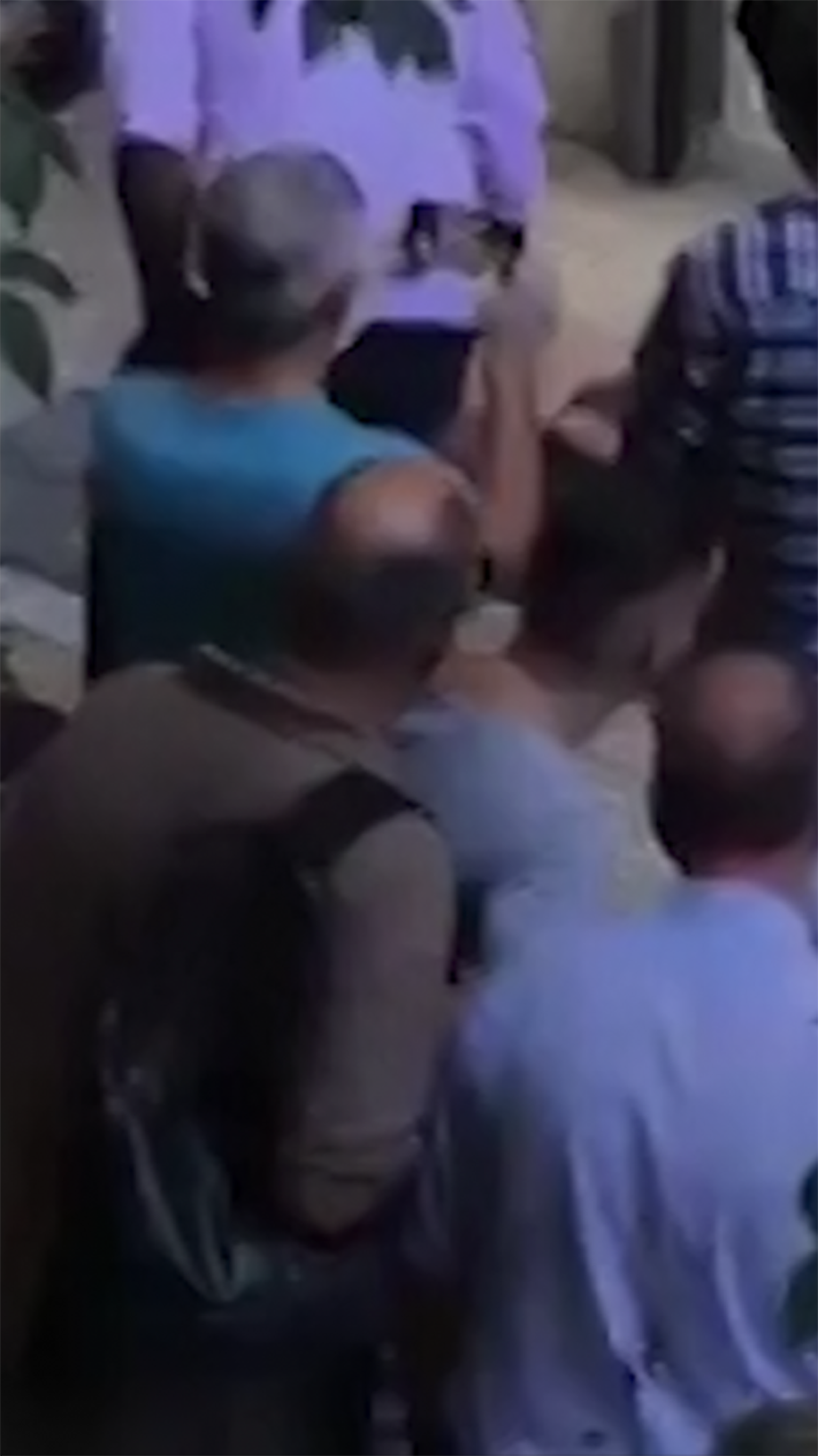 Forensic Architecture submits a second report to the Greek state’s investigators, which analysed and systematised the available video evidence, both from the court files and in the public domain. Based on that footage, we have identified an additional twelve cameras that were either recording or present at the scene. This footage, currently in the possession of civilians but apparently ignored by the police, could contain crucial information for the investigation. You can read the media report here (Greek). 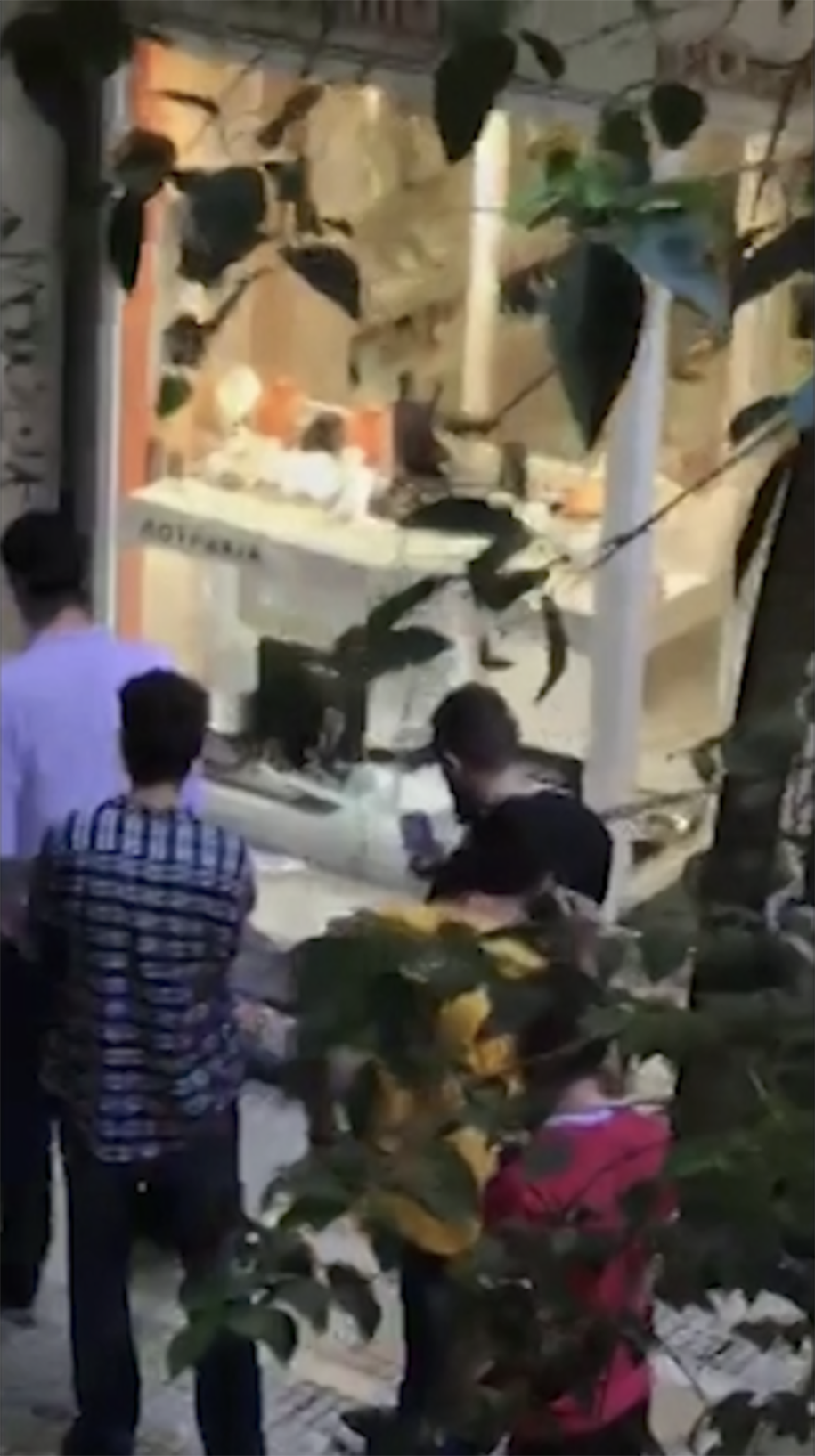 Our investigation uncovered a vital witness, the ‘man in the yellow t-shirt’, who was present throughout the incident and whom the investigatory authorities and police had failed to identify. As a result of our investigation, and with the aid of an online ‘public call’, this witness was identified and as a result came forward to testify. Police present at the scene that day were also called to testify again in light of our analysis, though none of these testimonies clarified the conditions under which Kostopoulos was killed.