The entry of Ourania Altouva, Giorgos Kanakis, Giorgos Lykos & Aggeliki Stamati for the european architectural competition concerning a kindergarten with multiple purpose hall in Agios Stefanos, Attica, Greece intends to establish a relation of coexistance for both functions while creating an urban attractor compatible with the size of the study area.

The call was for the creation of two autonomous functions, a kindergarten on the ground floor and a multipurpose hall on the first floor, with separate entrances  and no internal communication. A unified structure was created at the boundaries of the plot with the complexity being placed internally.

The main synthetic tools used for this purpose were the indoor atriums, the full auxiliary areas and the skin.

The internal atriums and the solid volumes were developed in a vertical structure between the two levels, creating visual and functional modules for the two different uses of the building, providing freedom of movement and flexibility in use scenarios.

It was attempted, the boundaries not to function as dividing borders but as topological links, as instantaneous passages from the urban fabric to the building and vice versa.

The external translucent skin has been a key element in communicating with the neighborhood as it permeates the areas where the city flow attempts to power the building.  In this way, the urban vacuum is taken out of the building, takes shape inside and through the large opening in the multipurpose lounge returns to the city.

Finally, the kindergarten’s spatial configuration was based on simultaneous visual contact and maximizing the available play area. The operating program was placed as separate rooms on the boundaries of the building and the infants and toddlers occupied the rest of the “open” space.

At the lower level of the building there is a parking lot and ancillary facilities as well as a water treatment plant. On the ground floor there are three kindergarten areas, which form the separate sections.  Enclosed are the wet areas, the office space and the nursery unit’s dining area. In the east corner there is the entrance to the multipurpose room, which is cut off from the rest. Upstairs is the event hall and the canteen. There is no contact between the two levels except for optics due to the distinct operation and different opening hours. 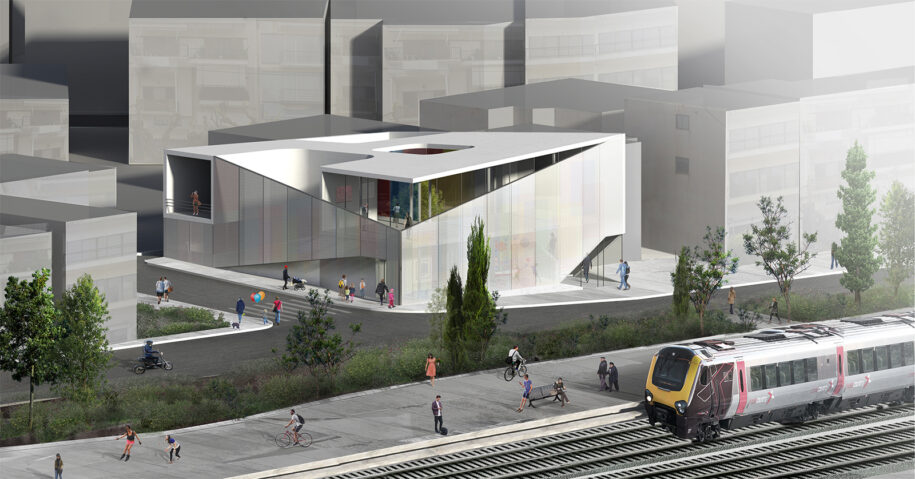 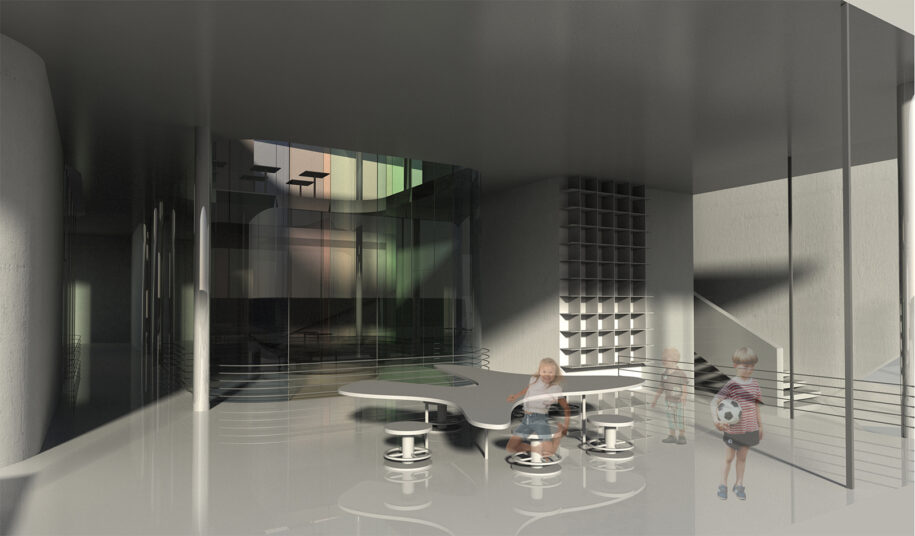