I AGREE
Archisearch https://www.archisearch.gr/wp-content/uploads/old-site/nftc-01.jpg
Situated in the heart of Soweto, the Football Training Centre is the centre of football in South Africa, where 1200 teams and 20,000 footballers will play each year. In less than 6 months, the facility was transformed into a state of the art football training centre – the first of its kind in Africa. The facility encompasses 2 new full sized artificial pitches, 2 junior turf pitches, new lighting, a clubhouse and player lounge, an education facility for the Grass Roots Soccer and Life Skillz program, a Training Gym, Physio and First Aid facilities, a Product Trial, Catering , Administrative Offices, Viewing Deck and new Change Rooms. The Clubhouse and Players` Lounge house regular and in-depth tips and insights from Nike Athletes and Coaches and a place for coaches and players to focus on the tactical and strategic aspects of the game.
The facility has been designed from the outset for and around the player, supporting the various aspects of their training. The concept was to create a clear but intricately woven relationship of spaces with transparency between functions, such that views between spaces to and from other areas of the building are established. Everything has been considered to make the facility flow and remain “open” while managing the reality of creating a secure and safe place to play football.

Before we started, the entire property was surrounded by a very high, solid perimeter fence blocking views in to and out of the football park. The auxiliary buildings had bars on the windows. Theft and personal security were a real concern, and it was critical that we provided a safe place for the boys and girls to be able to focus their attention on football, and not worry about issues they may face on a day to day basis outside the training centre. At the same time, the project was for the community and, as such, needed to convey an openness and transparency while at the same time deal with the realities of the context it was in. We subtly integrated security into the design of the facility itself, such that it became `invisible.` We opted for Clear-View fencing to the perimeter, to allow views in to and out of the grounds towards the community. The building itself has limited access points with roller shutters, and at pitch level, large steel doors. During the day, the facility opens up without the visual imposition of heavy security. An internal courtyard ties the main buildings together, and the very talented artist Kronk was commissioned to help us turn the security fence into something beautiful, integrating his artwork into a woven chain link fence. The facade itself, as a timber louvre structure, provides a secure perimeter to the large expanses of glazing facing the field , while at the same time minimizes passive solar gain to the east, north and west.

The design of the main building inherently used a series of passive solar principles to minimize the use of high energy dependent mechanical systems and maintain a comfortable temperature range for interior and exterior spaces. Over the pitches, the overhang provides shade before and after the game. The south facade has its sandstone exposed and houses a growing list of players who distinguish themselves on and off the pitch – their names permanently a part of the building and its future.

As the main building is quite simple and monumental in form, the materiality was carefully chosen to connect the building to its context. Local materials were utilized in non traditional ways, overlapping them and playing with reflection and shadow. The overlapping of the timber louvres and the stone rain screen creates an ever changing facade to the fields, depending on your angle of view and the time of day. From the interior, the shadows create dramatic patterns and colour, reflective of the incredible beauty of the South African sun.

To both the interior and exterior we wanted to play with this idea of refined roughness. We purposefully used a limited palette of raw, straight forward materials such as concrete, stone, timber and steel and then set these off of each other in a variety of ways to play with light and create a sense of warmth. The training centre was intended by Nike to respond and support both the mental and physical aspects of the game of football and as such we weave such ideas as community, learning, health, aspiration, hope, pride and excellence into the design. It was critical that the building have soul and resist the typical concrete-block bunker that is often the case with sports facilities, and at the same time deal with the functional realities of being a training centre.

The intent of the project was to provide a lasting home for football in the dynamic community of Soweto that would continue on after the World Cup. 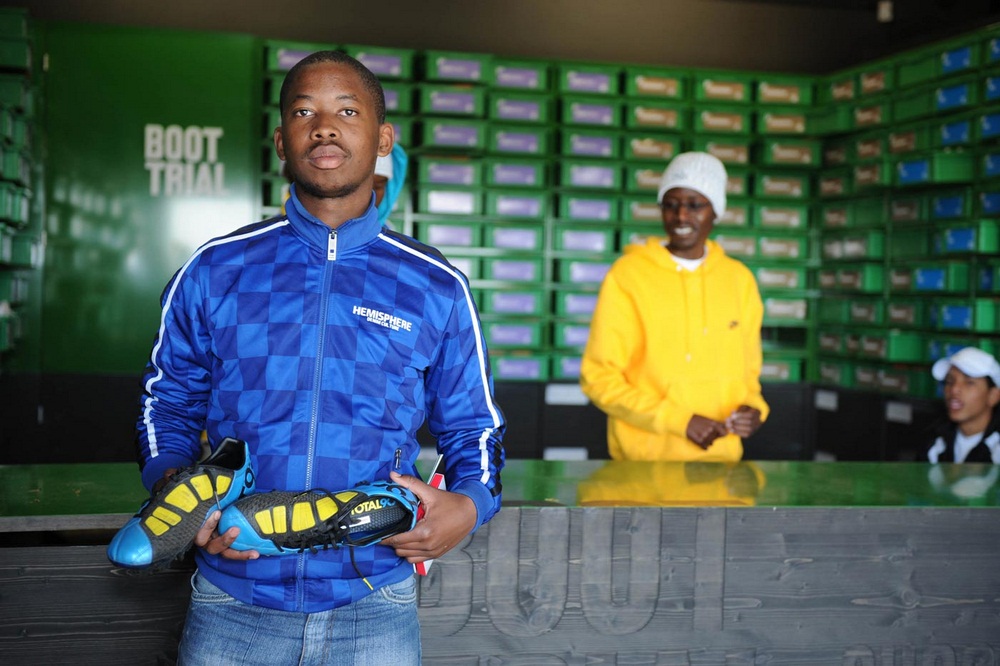 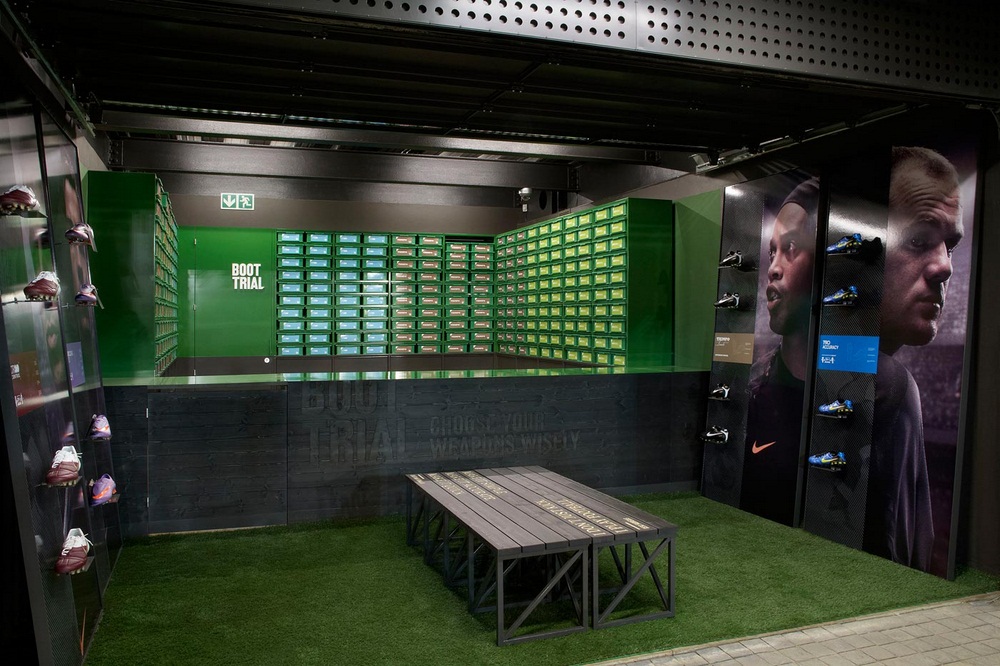 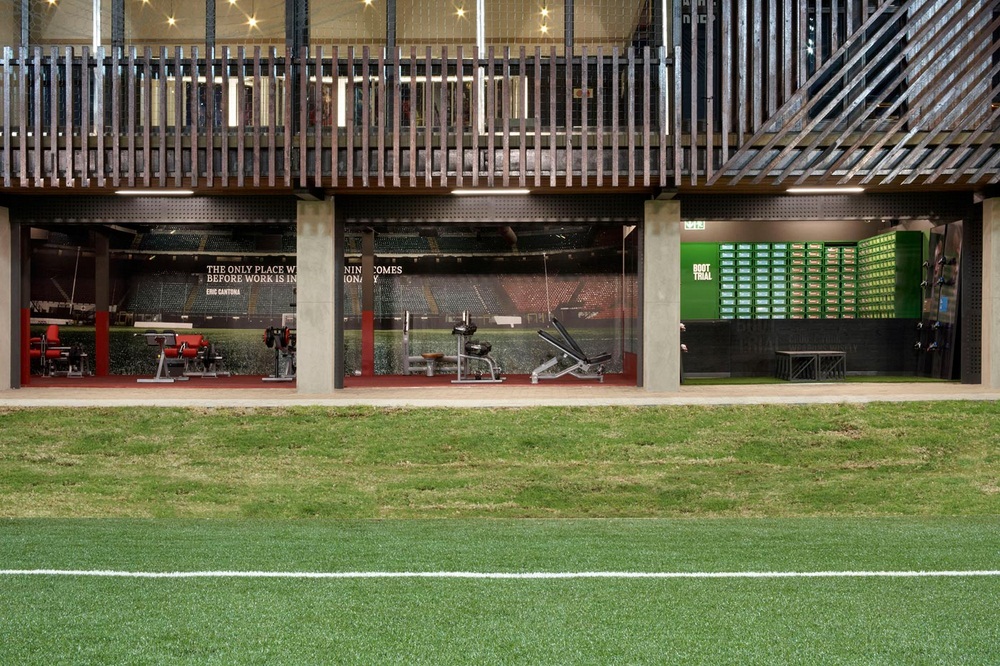 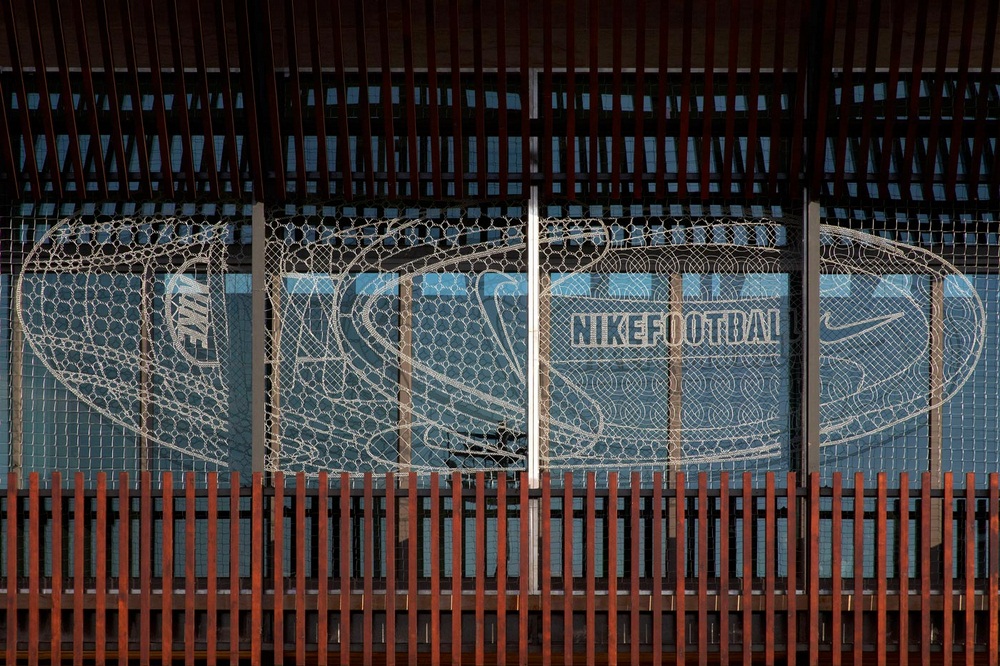 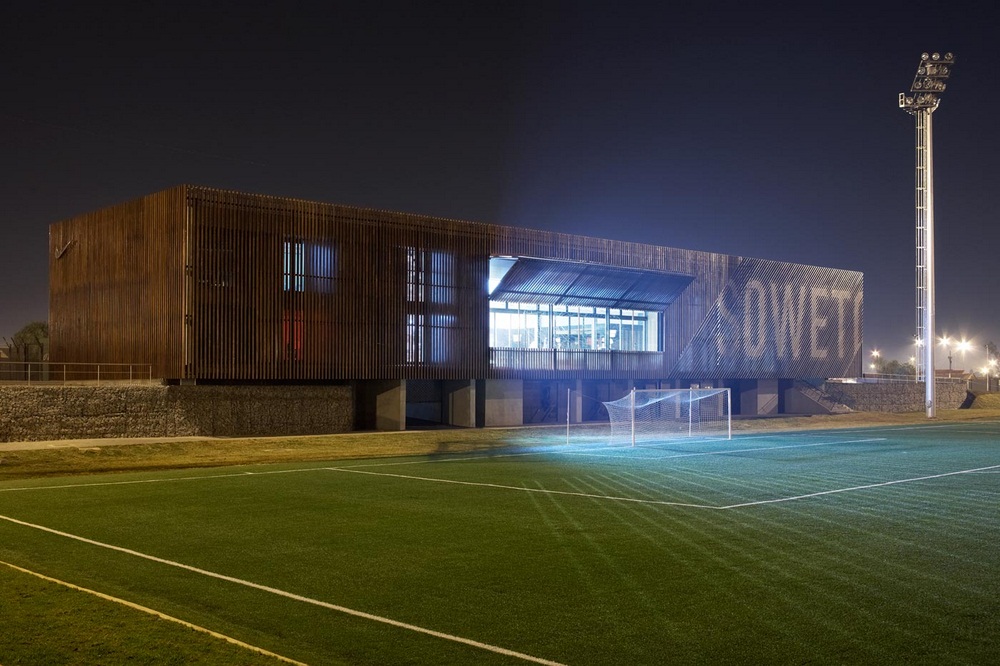 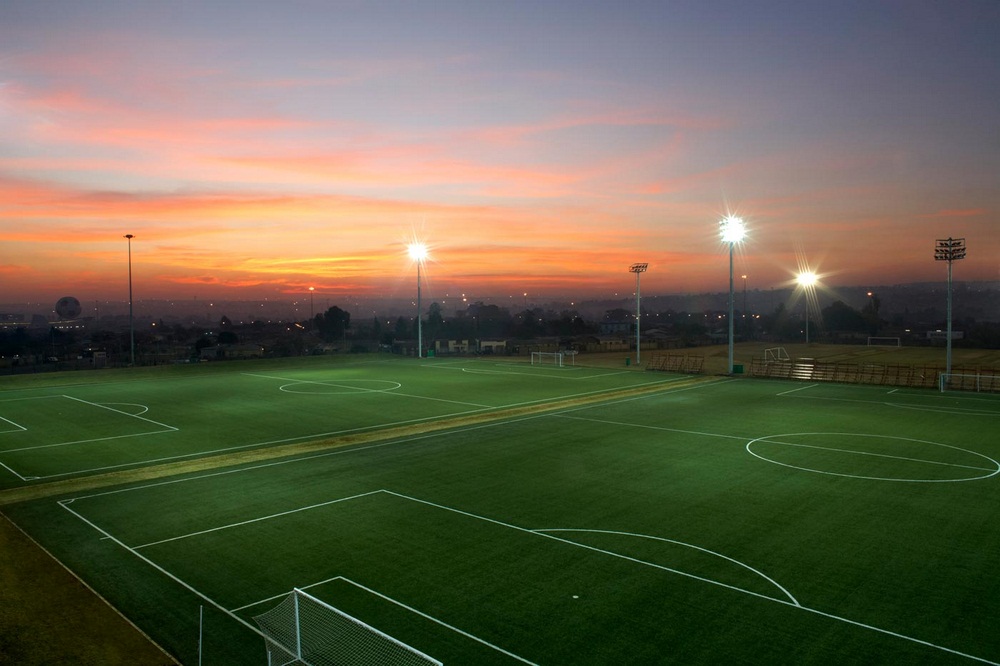 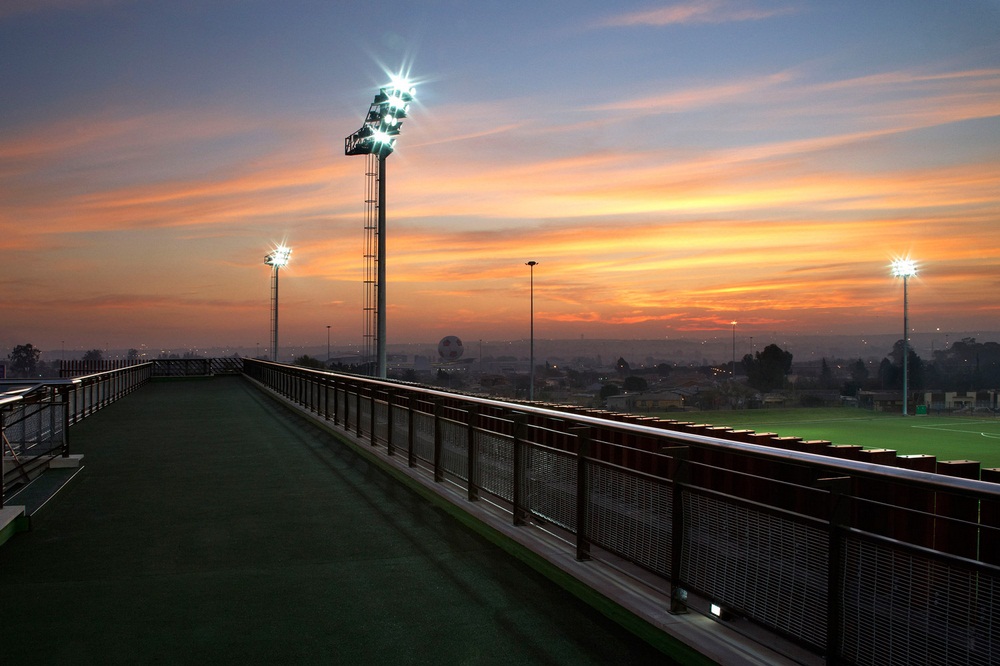 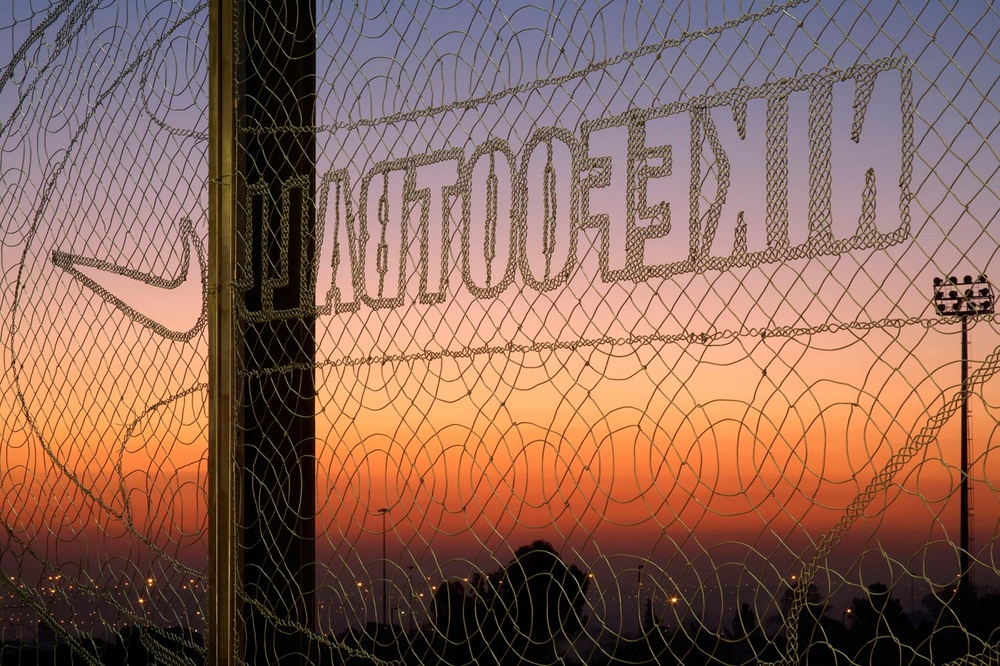 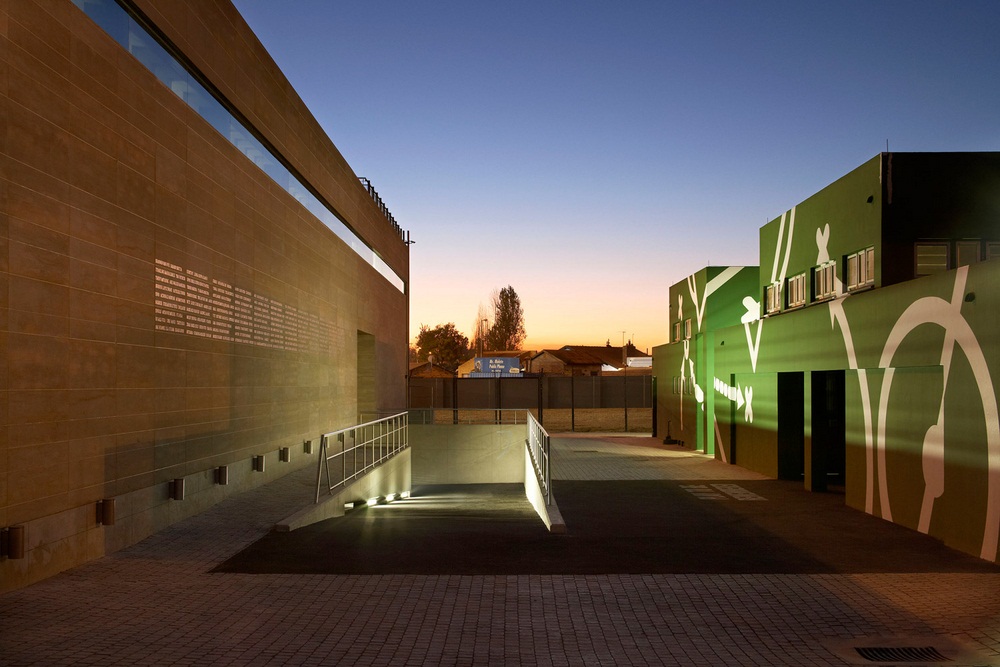 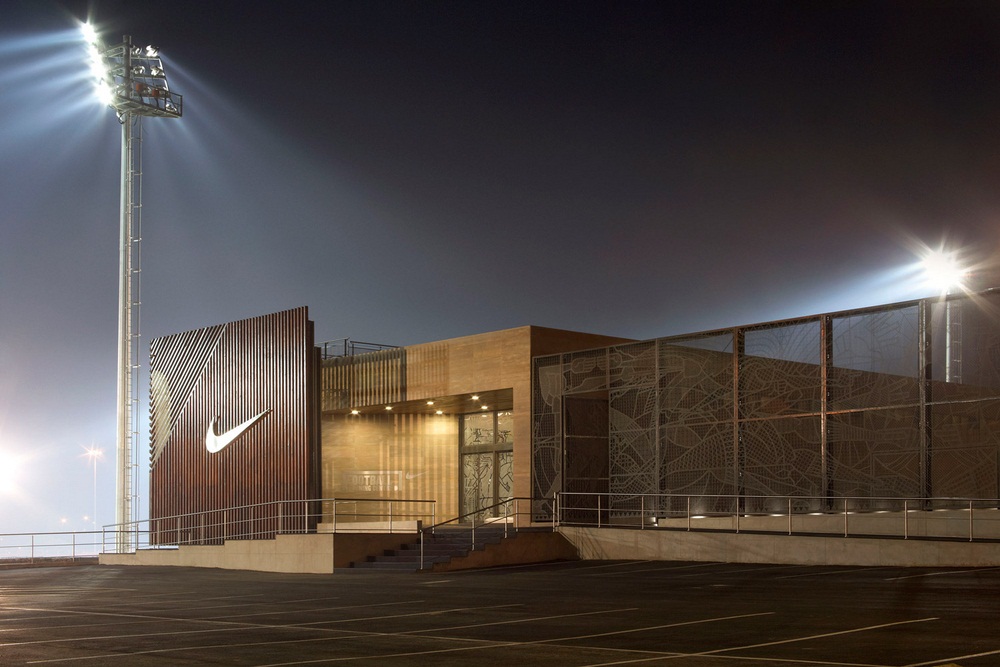 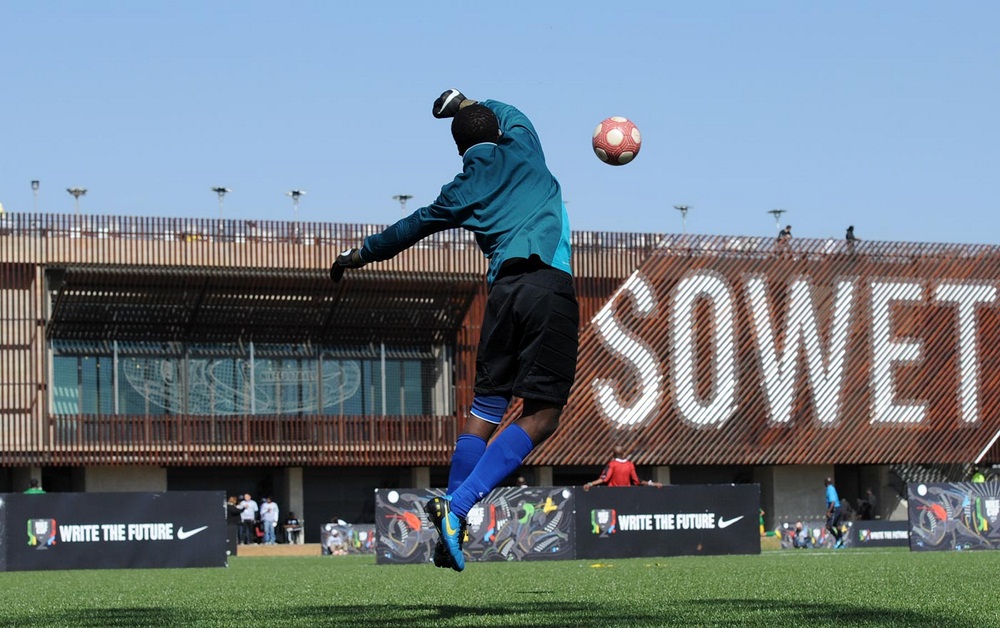 by MELINA ARVANITI-POLLATOUArchisearchhttps://www.archisearch.gr/wp-content/uploads/Desypri-Misiaris-Mon04-370x700.jpg
SHARE THIS PAGE
WITH YOUR FRIENDS