The goal of the project is to create a system capable of organizing the themes of War, of memory and of tourism around a complex, as a dialogue with the landscape and with preexisting architectures. 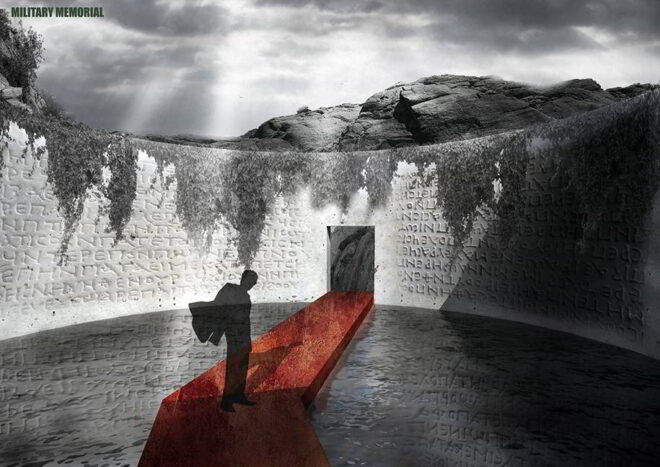 The Palau Military Museum (PMM) includes a large exhibition of the hangar. 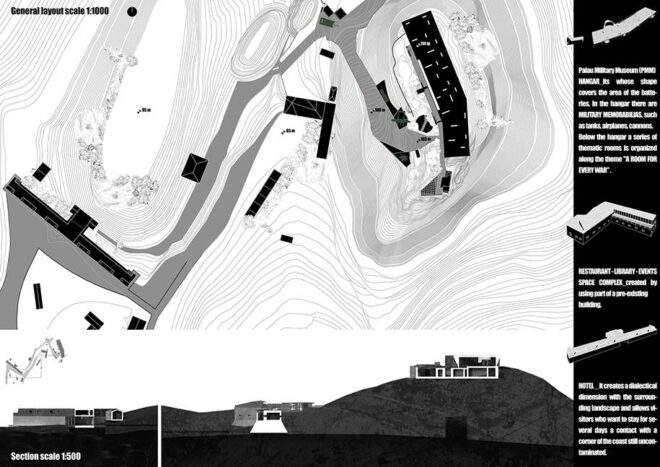 Its shape is inspired by airplane wings. It covers the area of the batteries, placing itself as a great acropolis of military culture. 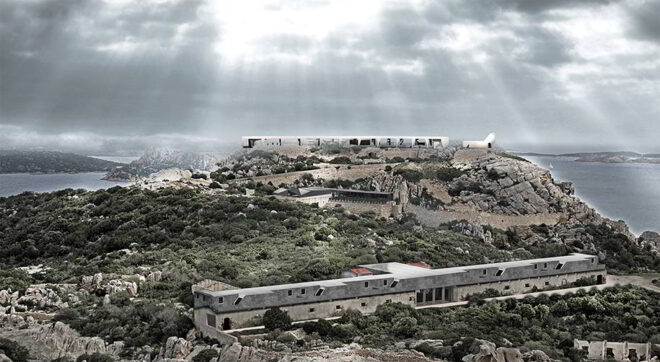 There are military memorabilia, in the hangar, such as tanks, airplanes, cannons organized along an educational space that, through a ramp, allows the access to the roof, which is open to the landscape. 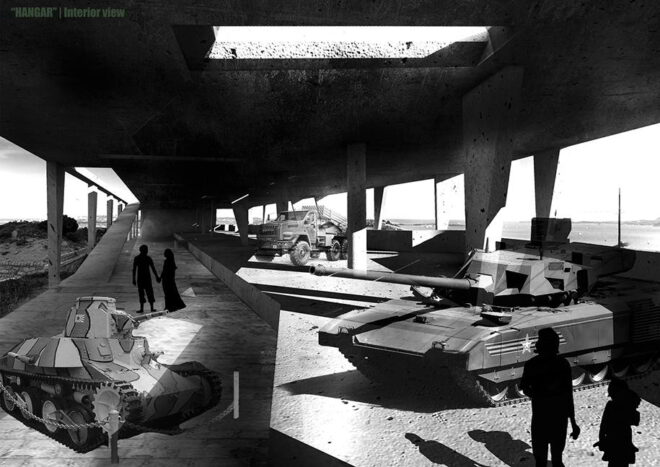 Italy has few examples of military museums. The design is filling this “missing” typology of museum.
There are several military vehicles, located along the staircase leading to the acropolis. 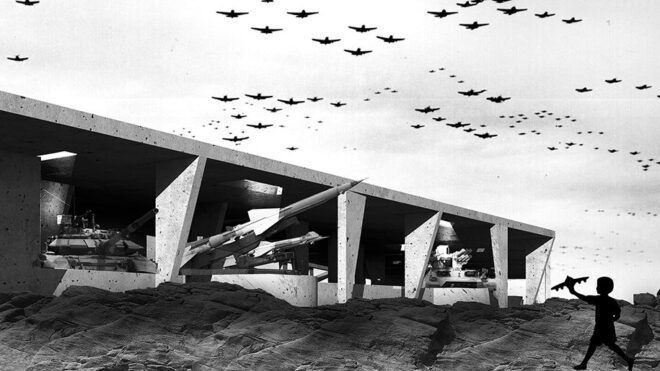 Below the hangar, “a room for every war” is organized, a series of thematic rooms that includes dioramas, models, virtual reconstructions that narrate the theme of war on a chronological arc. 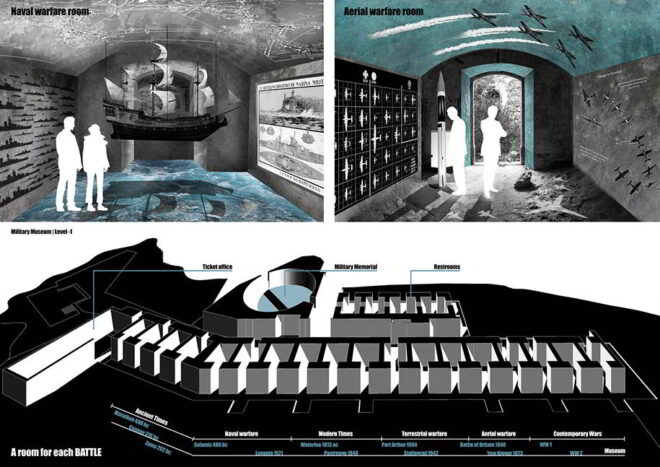 There is the restaurant-library-event space complex on the base of the acropolis. Part of a pre-existing building was used for the design of this space. The library is of a thematic type and contains a wide selection of military and specialist literature. 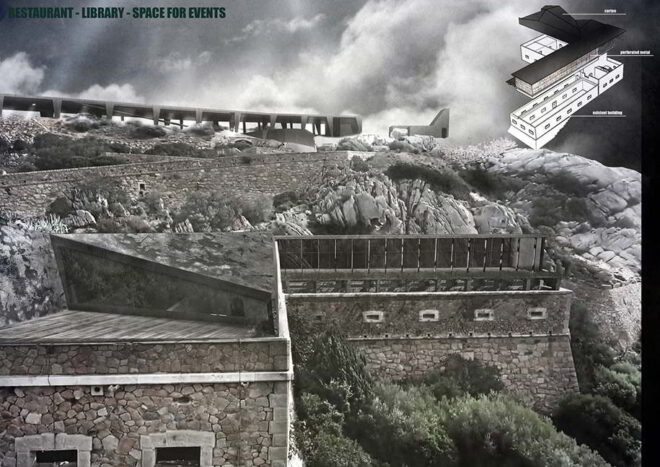 Finally, the hotel, also part of pre-existing buildings, creates a dialectical dimension with the surrounding landscape. Visitors will have the opportunity to stay at a still uncontaminated coast. 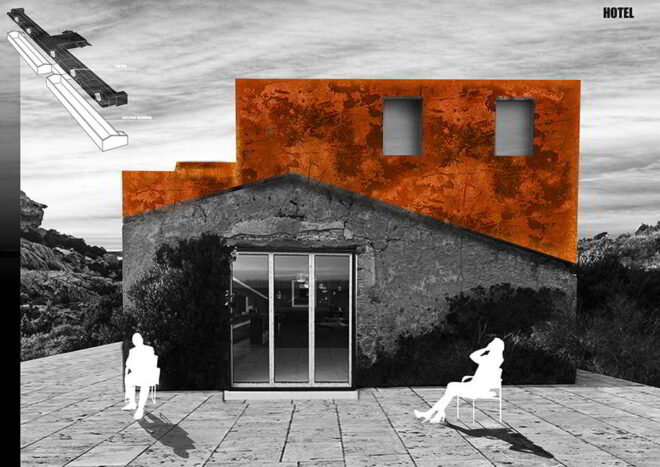