St-Elie church, designed by Maroun Lahoud, is located in Mtaile Brih, meaning panoramic in Arabic, 50km from Beirut, a region characterized by its terraced topography and vegetation abundance.

It is also a region with a heavy historical heritage, which led to violent clashes during the civil war between 1975 and 1990, resulting in the near-total destruction of houses, places of worship and the displacement of villagers.

St-Elie is the first project symbolizing the reconciliation in the region. 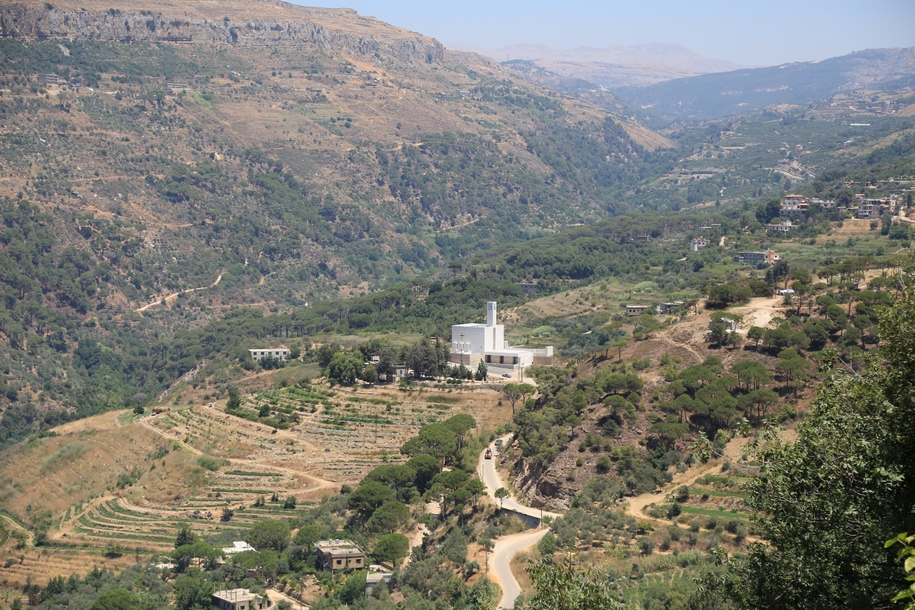 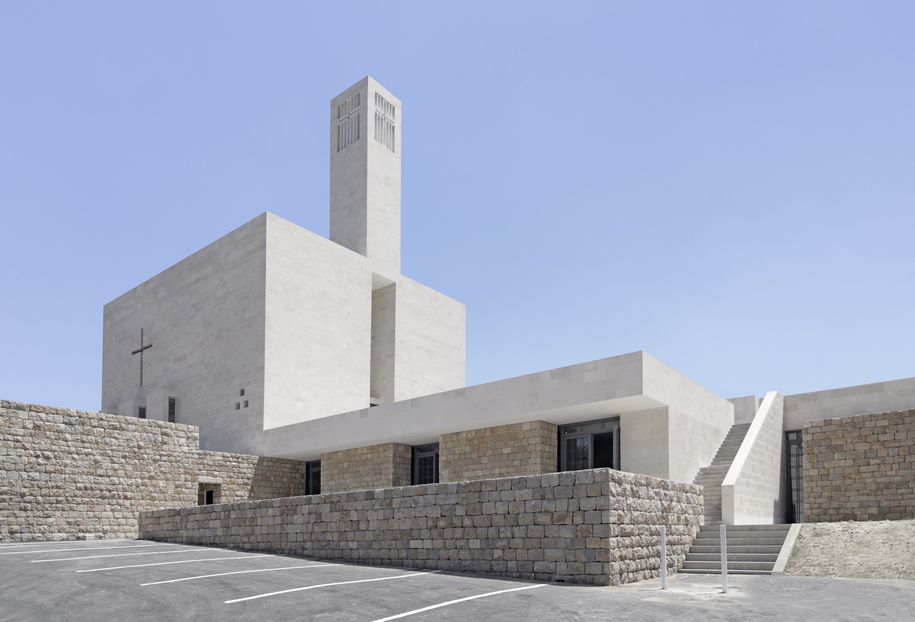 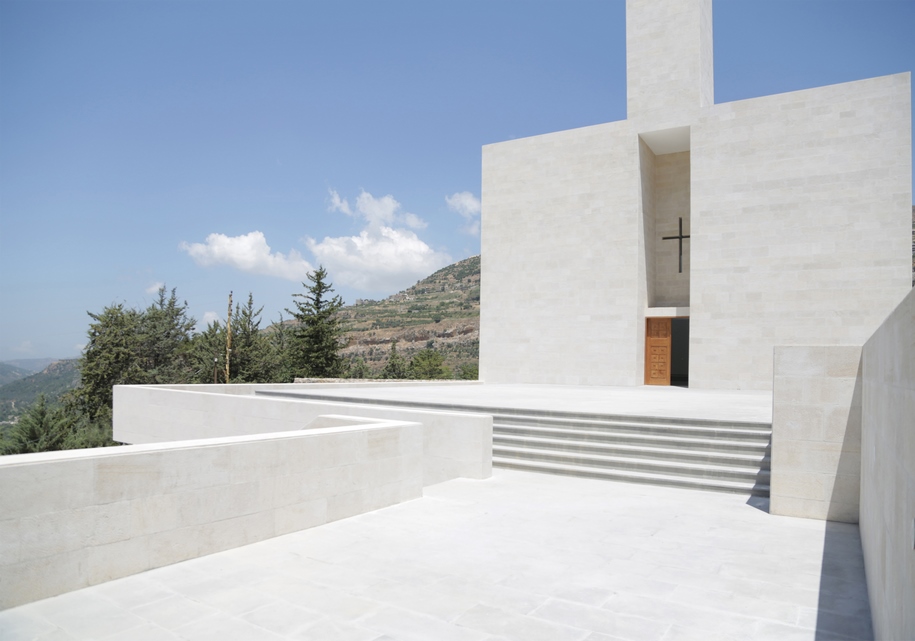 The project arose with the will to gather by celebrating the elements of nature.

It comprises the church and its square, all dressed in white, solemnly setting on a dry stone walled base, that remodels the topography of the hillside to house the multipurpose hall and its annexes. 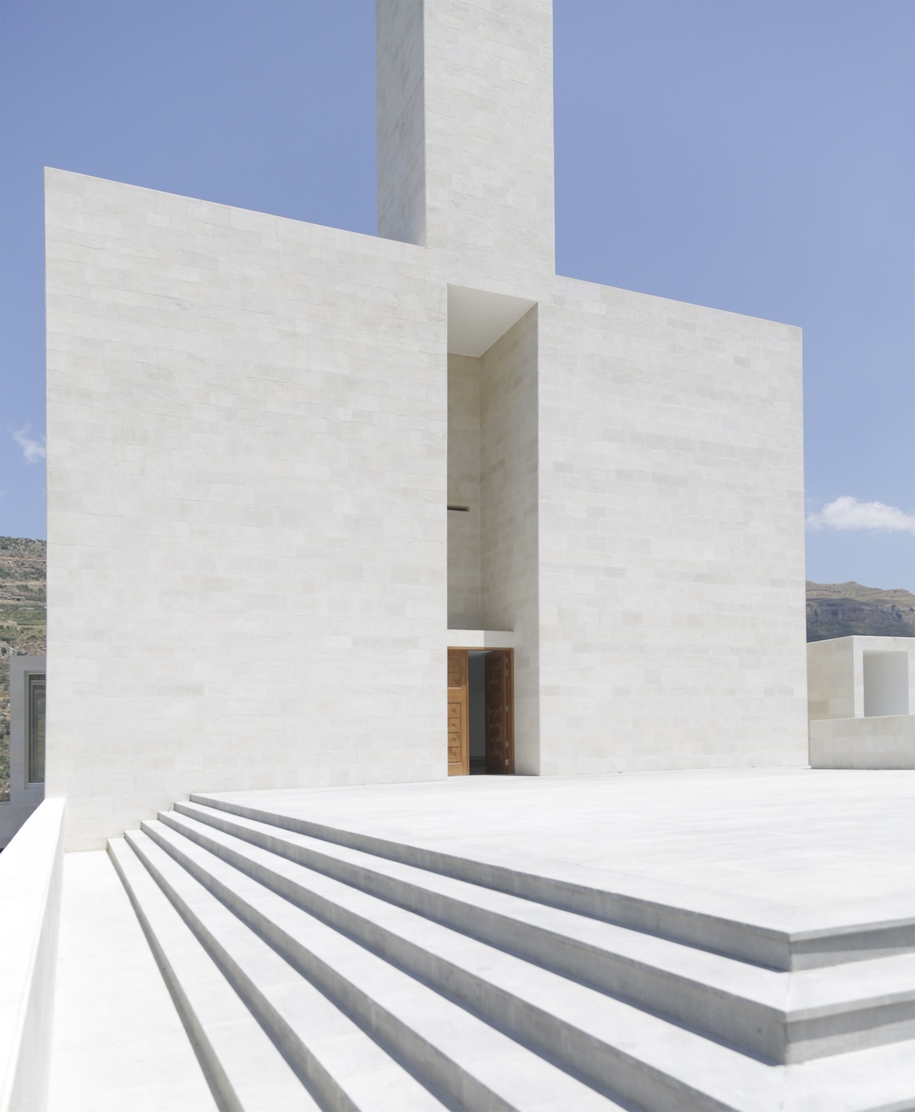 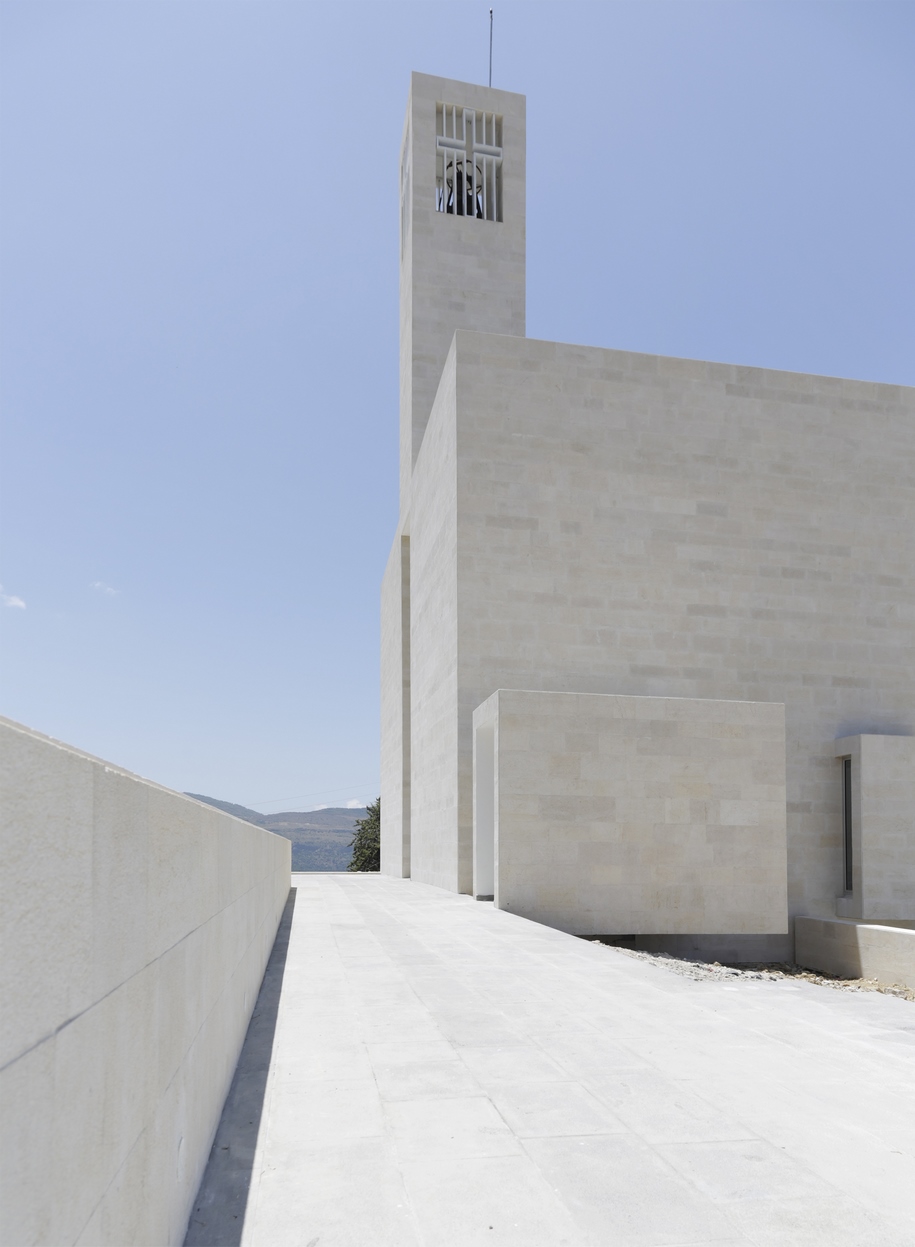 Its aspect embodies the characteristics of the Maronite Church: pure massing and flat roof.
With a square base of 17x17m, St-Elie can gather up to 250 people. The sacristy and the confessional are located at the back to clear as much as possible the altar. 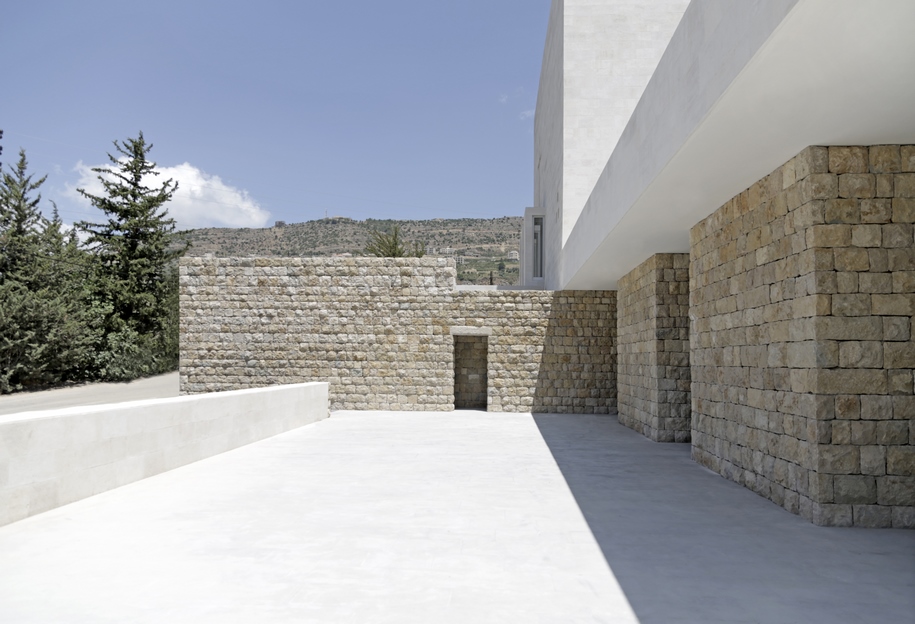 The positioning of the stones by Maroun Lahoud,  ranging from 25 to 45cm in height and disposed in a random manner, unifies the envelope. With the same gesture, the bell tower was erected to create the entrance of the church; the thickness of this entrance filters the passage from the profane world to the sacred world.

From the entrance we are drawn to an imposing slit that draws a cross; oriented north, it avoids any unwanted backlighting effect during mass. In this natural light box, white walls seem to diffuse light, the Carrara marble flooring, with its milky, profound and living appearance, reflecting it in turn. 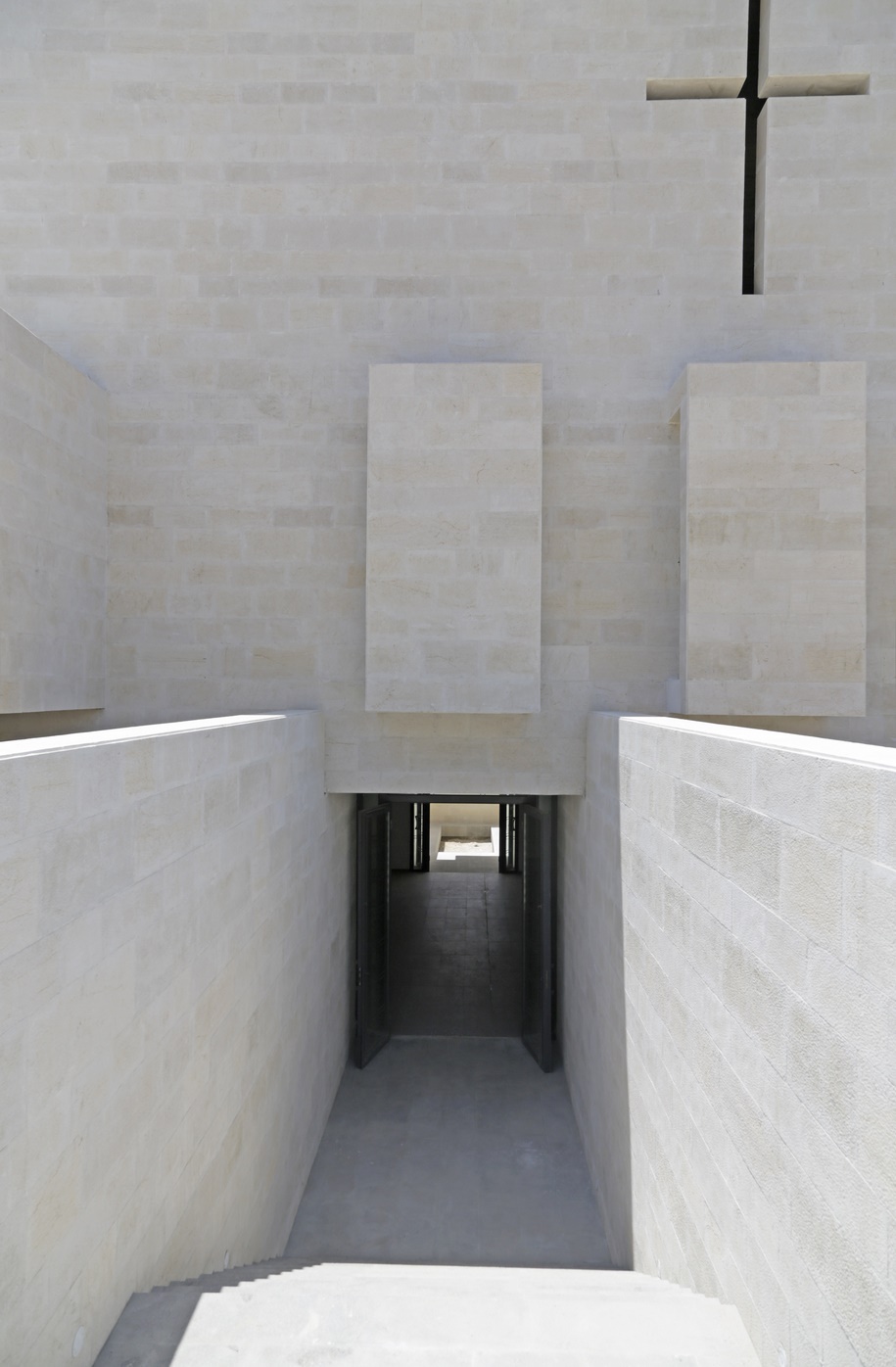 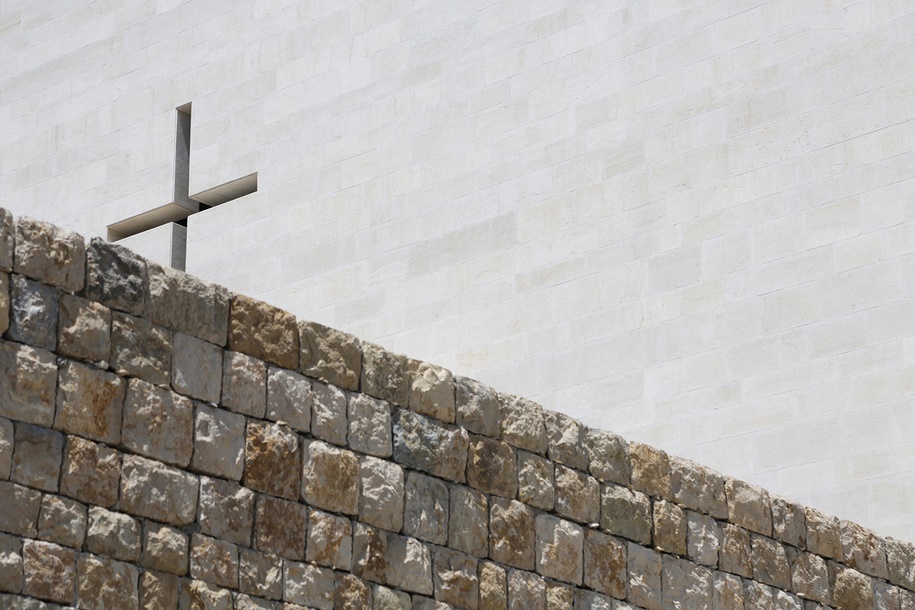 A new page is written, however it is rooted in the context by the use of local stones.
The villagers helped build the base by bringing what was left from their demolished houses and churches; the rest extracted from the site by local artisans. 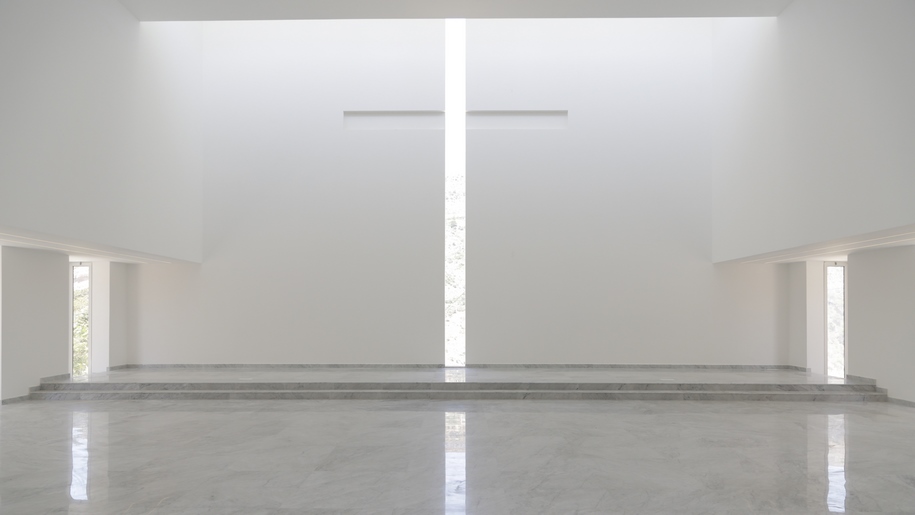 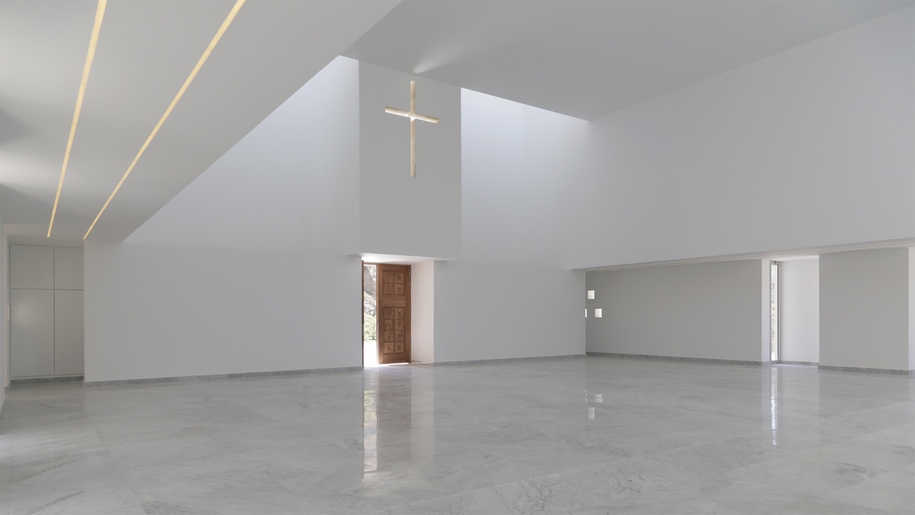 The interior is crafted and hierarchized by indirect lighting schemes that define its spiritual dimension: zenithal lighting above the altar, sacristy and confessional, parietal along the lateral circulations, and discreet at the back.
The liturgical codes are expressed by the number of openings. Three light niches along the lateral circulations refer to the Trinity; disposed on both sides, with two openings each, they totalize to 12 openings, referring to the way of the cross. 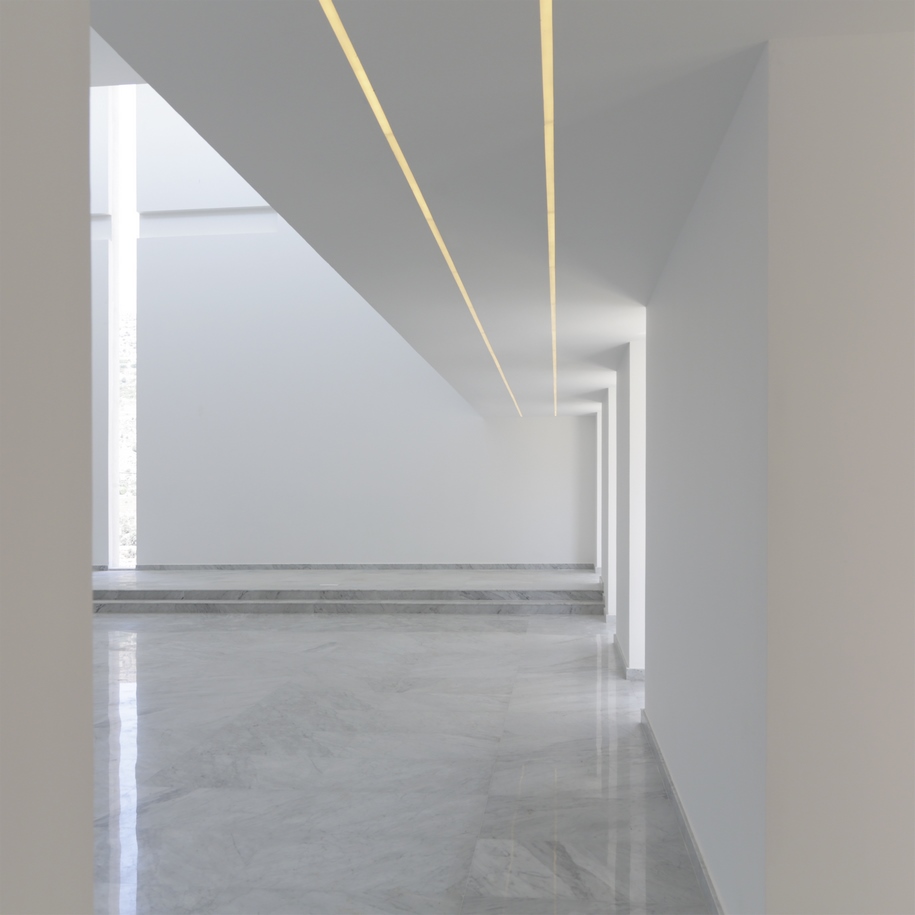 The 500m2 multipurpose hall, designed by Maroun Lahoud,  is naturally lit by five large bays, opening to the courtyards and the landscape, and is served by several annexes gliding in the interstices of the structure.

Due to its location and the contrast of its materials, the project tends to create a new focal point in the Shouf’s valley of Gold and writes a new page in the history of Mount Lebanon by honoring its heritage. 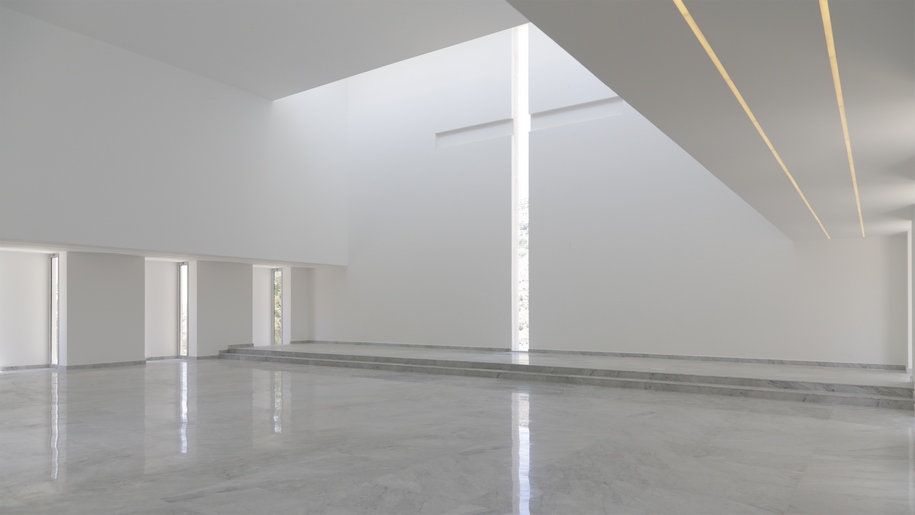 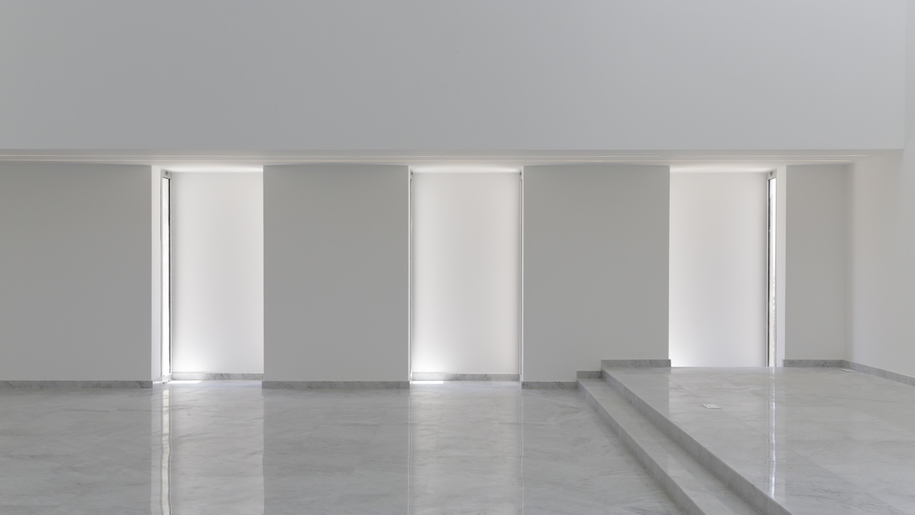