The main goal of this project was to build a house in an elongated corner in a complicated plot, where the future house would have two party walls: a large one on the east border, and another one with more proportioned dimensions on its north face.

The client’s wishes, who had thought a lot about this dream house, were based on three main elements: a large terrace to enjoy the pleasant winters in Valencia, a more sheltered and fresh patio, and a large interior space, where life in the house and daily chores will be developed.

It is a luck when a client talks about domestic roles, rather than predefined forms, about sensitive issues rather than materials. But then these wishes had to become real.

The elongated shape of the corner plot might suggest the construction of this house, as it has usually been done with this kind of house in the villages of L’ Horta, that is, two pieces separated by a patio.

The highest main part, which hosted the own housing uses, next to the corner and a smaller construction at the end, which was used as warehouse.

They decided to change this order and build a higher volumetric at the north, which reminded us at the village house, with a gabled roof. They kept the central courtyard, but the architects also made another one, smaller and hidden.

Towards the south, there is another part built which, on a garage in the ground floor, is a terrace in the first floor. Its volumetry ends with a false façade required by law, done in a lattice way, that will allow to enjoy our warm temperatures.

The access to the house is made from a crack in the center of the long façade, so that when someone crosses it, it removes the view to a patio. A patio which is taken as another room of the house, as an extension of the open area where to share the day with the others.

At the right side of the patio there is the private life, which is also linked to a smaller and hidden patio with a fruit tree. 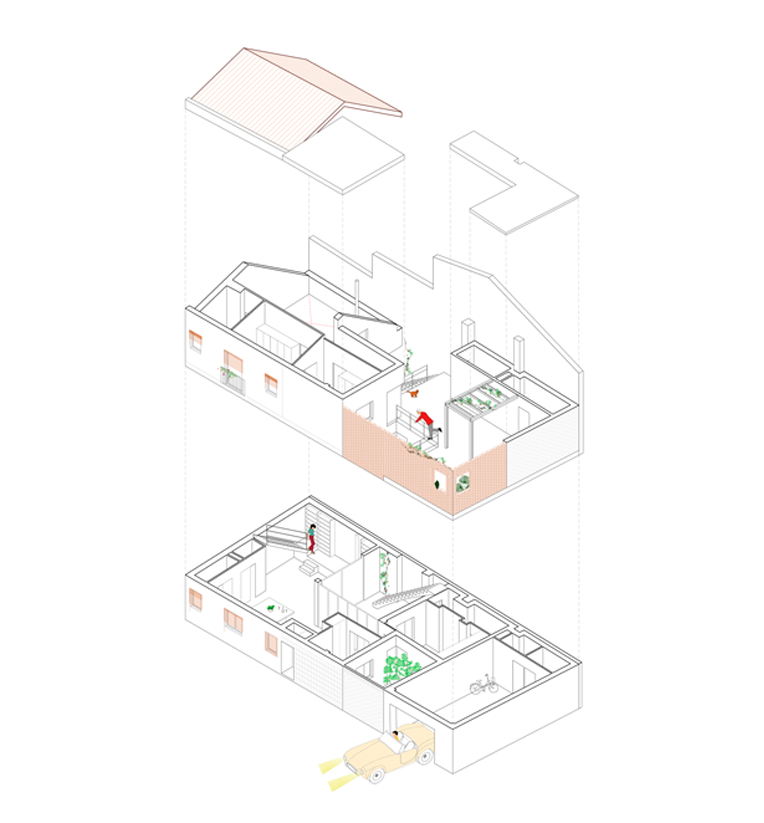 Inside, a linear stair under one of the gabled roofs, takes us to the upper floor: a large space, which will be open or partitioned, but always a flexible space. And the terrace at the end.

The terrace remains hidden from the outside thanks to a brick lattice, which lets enjoy the breeze in the corner avoiding the sun rays. At the end, it is a house which looks inwards looking for the courtyards, but at the same time it is connected to everything around it. This house wants to be vernacular. 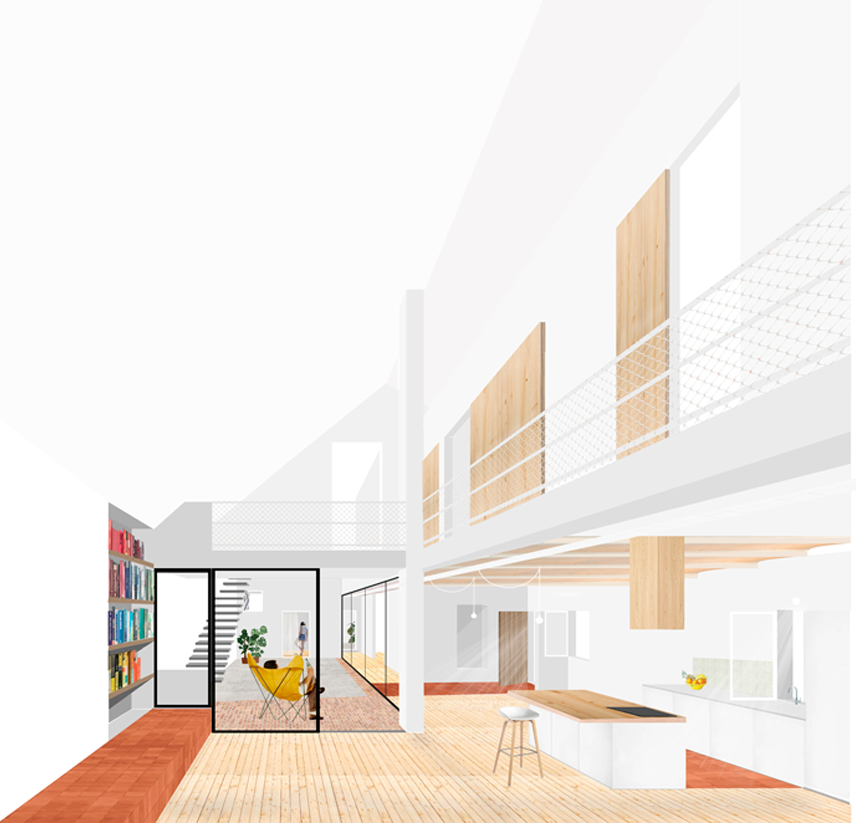 It is aware of the environment and the field, it uses local materials, repeating volumetric forms and rhythms in the façade, which are similar to the adjacent houses. 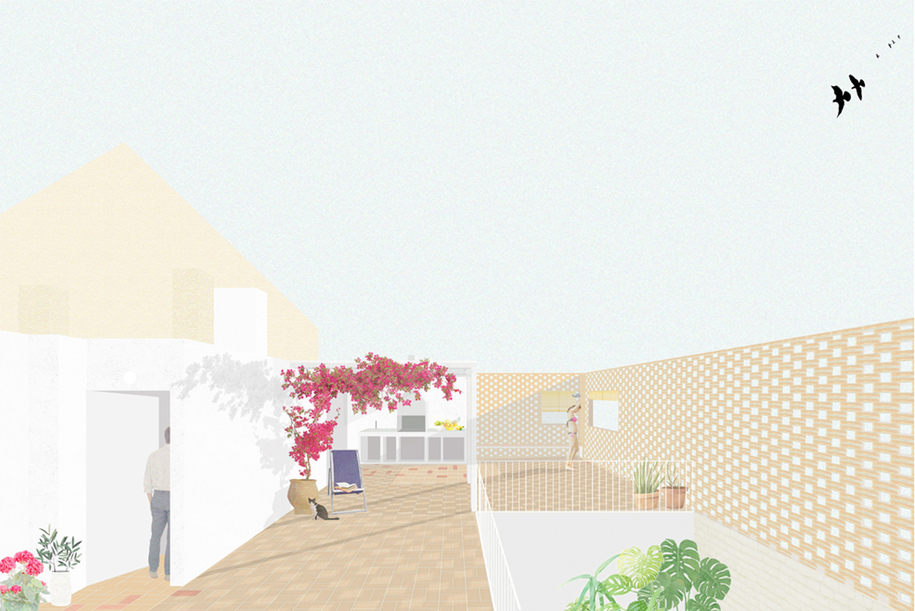 But at the same time, it is aware of its contemporariness, but transformed into something more restrained and controlled.