The building was designed as part of a comprehensive project by the Ministry of Public Works to formulate an Archaeological Park in the Urban Gates of ancient Piraeus. The overall architectural study was commissioned in 2003 after a 1st prize distinction at a Panhellenic Architectural Competition to a team coordinated by Professor of NTUA Vasilis Ganiatsas.

The aim of the study was an overall architectural design depicting the vibrant relationship between monuments and the form and function of the modern city. 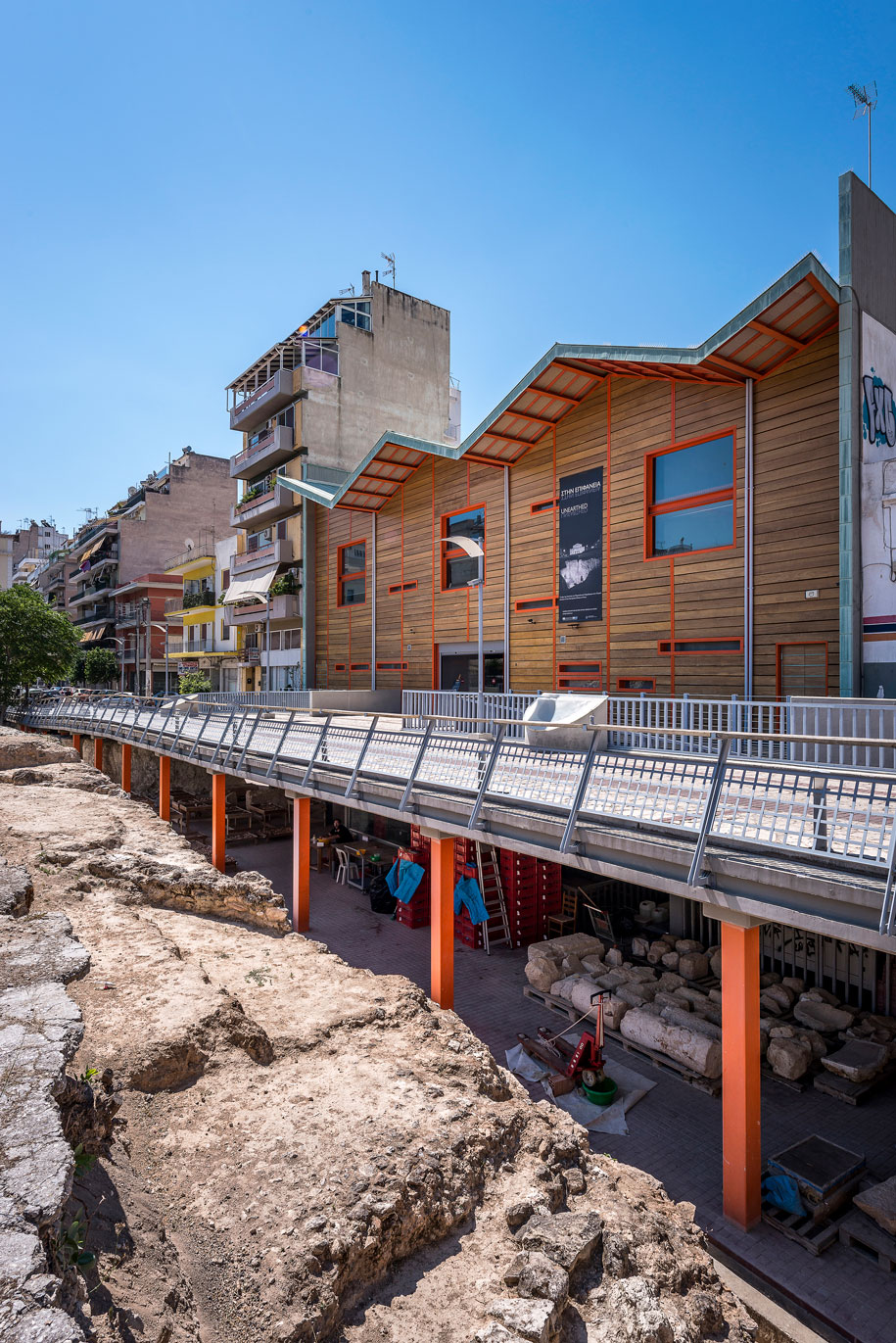 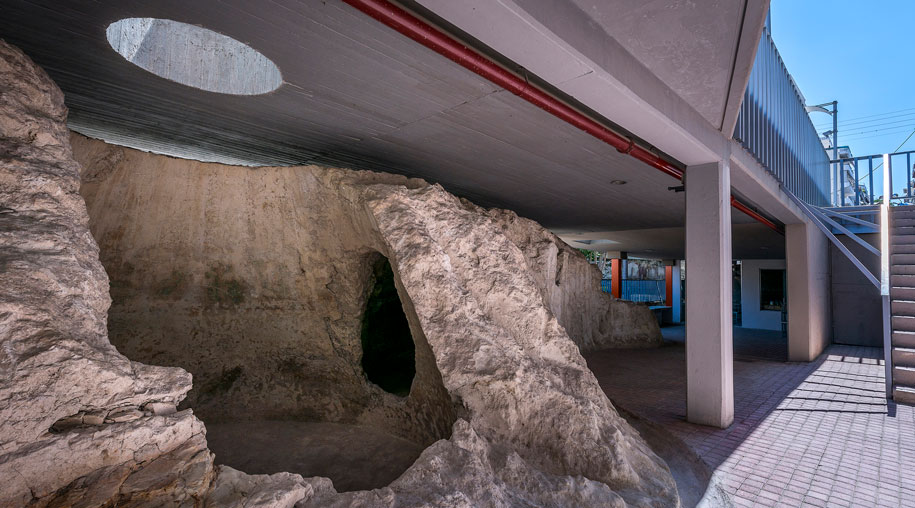 As so, architectural form consists of essentially three sides which fully integrate the building into the urban grid, while its unique side on Pylis street with the wooden skin refers to lumber yards, characteristic of  the region’s recent history. Besides, it is built at the exact position of such a lumber yard. 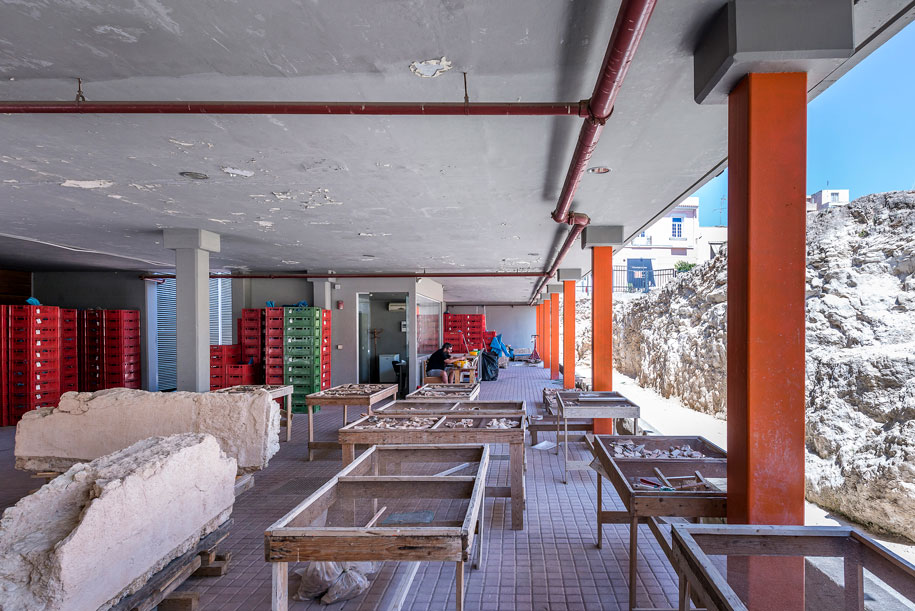 The Archaeological Service’s department of Piraeus owns the building since 2012 and has done all the necessary steps to make it operational.

In 2013 Athens Metro SA as part of its obligations in “Extension of Line 3: Haidari-Piraeus part ” project, where archaeological excavations have revealed important parts of the ancient city, financed recent repairs. Since then, the ground floor and the basement house a fully equipped temporary storage and conservation lab of the project’s finds as well as the temporary storage and lab of the Tram Extension to Piraeus project. On the building’s lofts have been also held various public events (presentations, theatre play and educational programs). 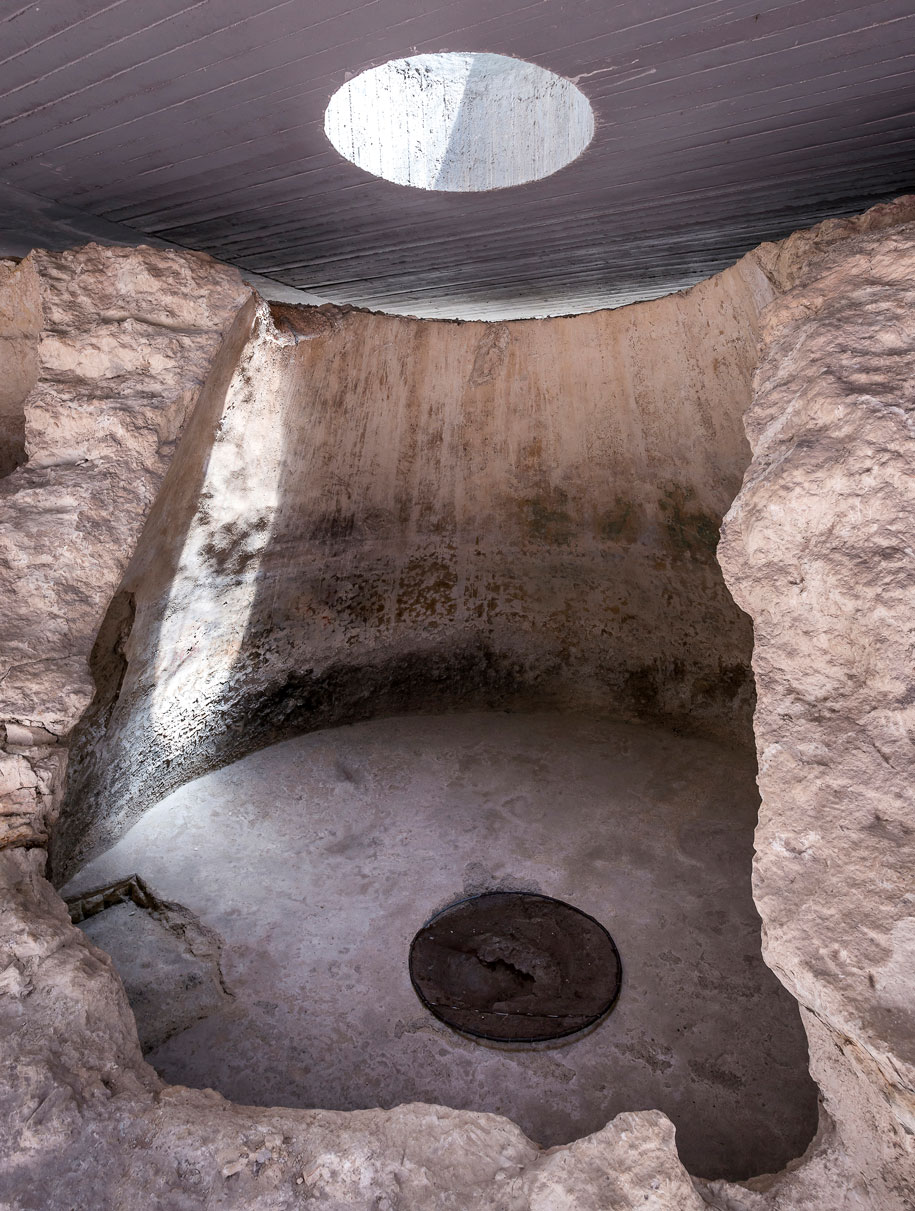 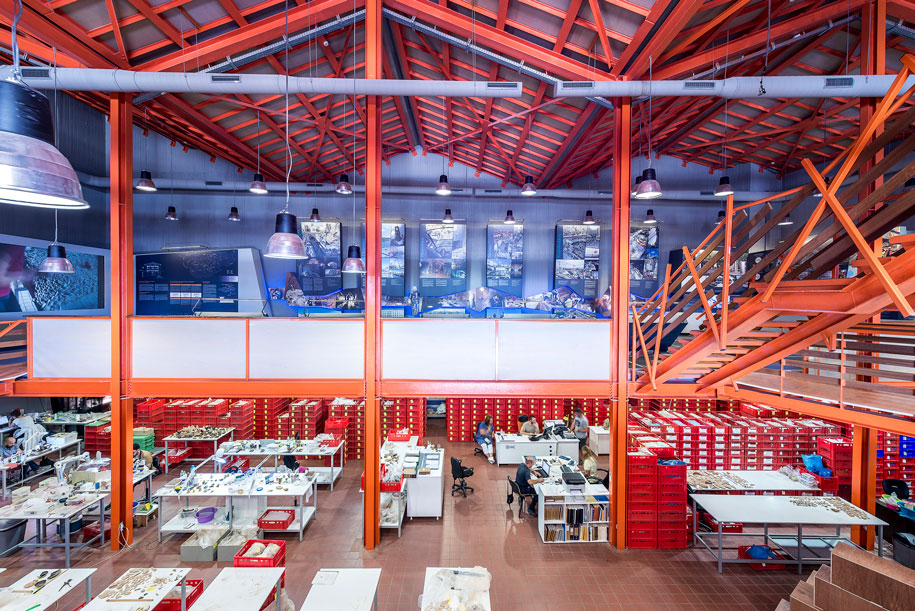 The building’s position at the entrance of the modern city and its particular architectural form that makes it a landmark for the wider region of Piraeus were the main stimuli for the establishment of an exhibition presenting the parallel evolution of the archaeological excavation process and t a large-scale technical project such as the works of Athens Metro construction in Piraeus. 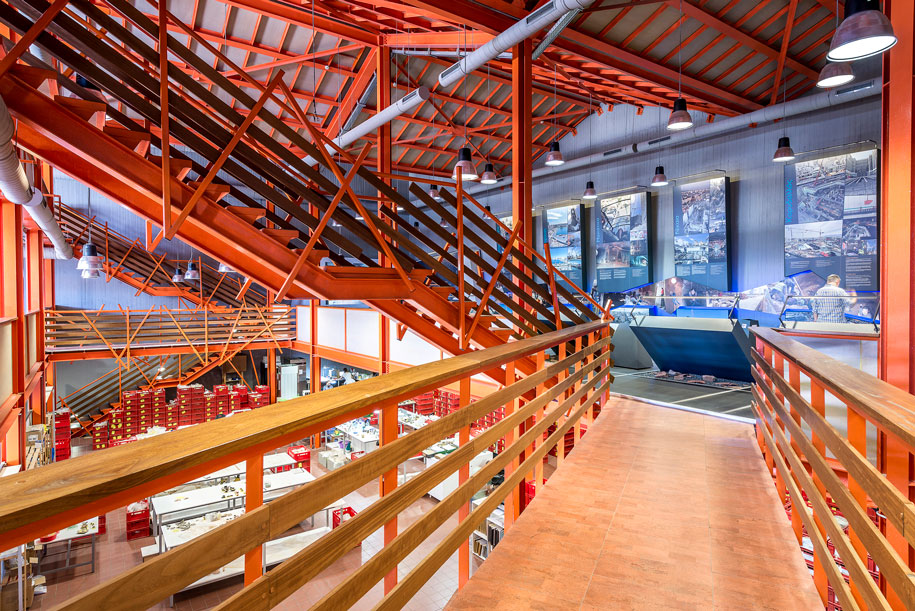 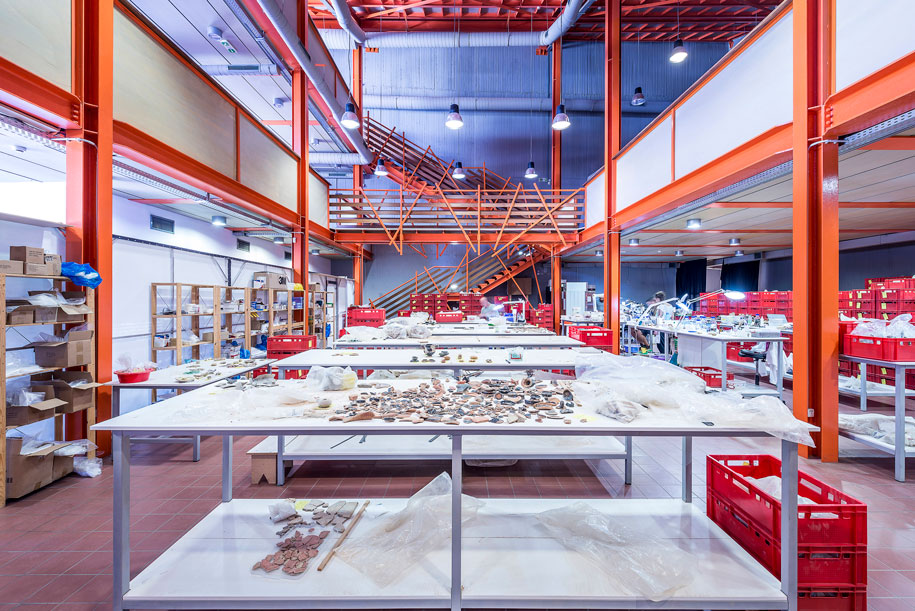 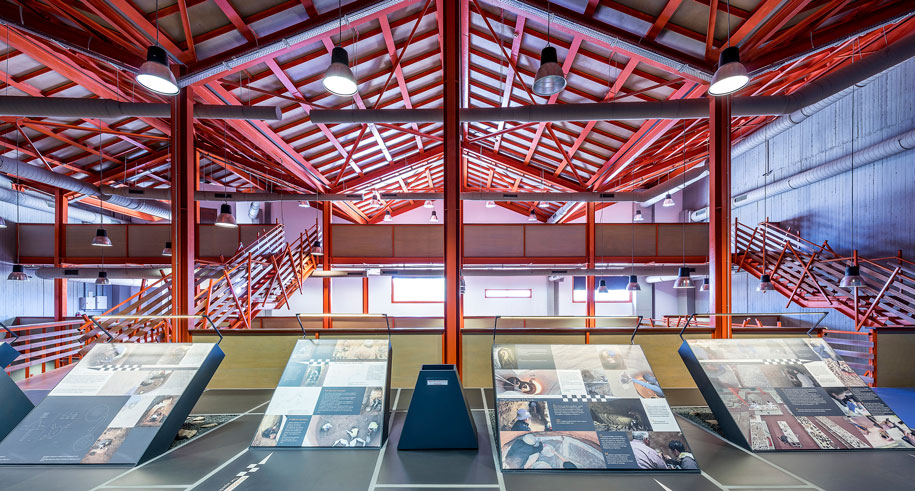 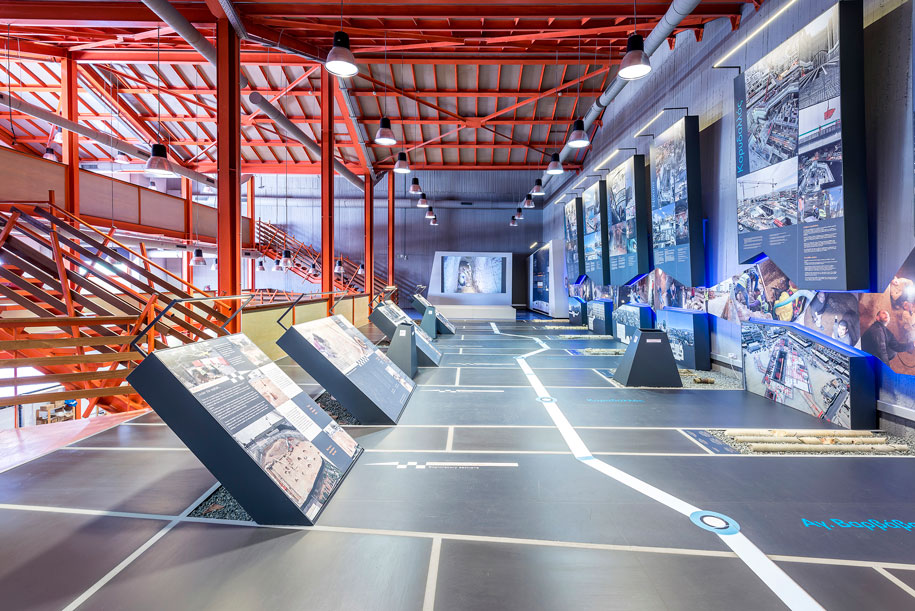 The project – initially called ‘Museum of the Art and Technology of Ancient Fortifications’ – received a nomination at the 2017 European Union Prize for Contemporary Architecture Mies van der Rohe Awards. 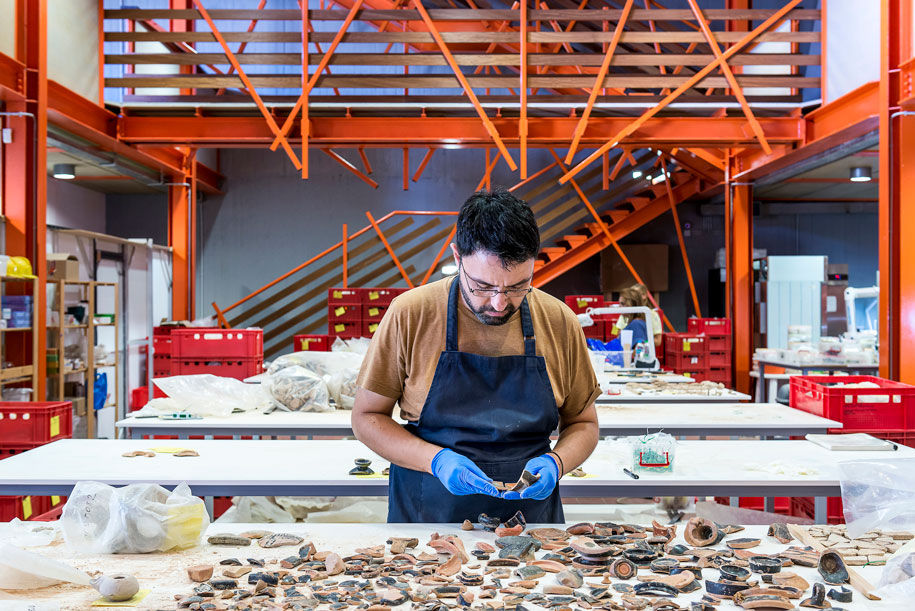 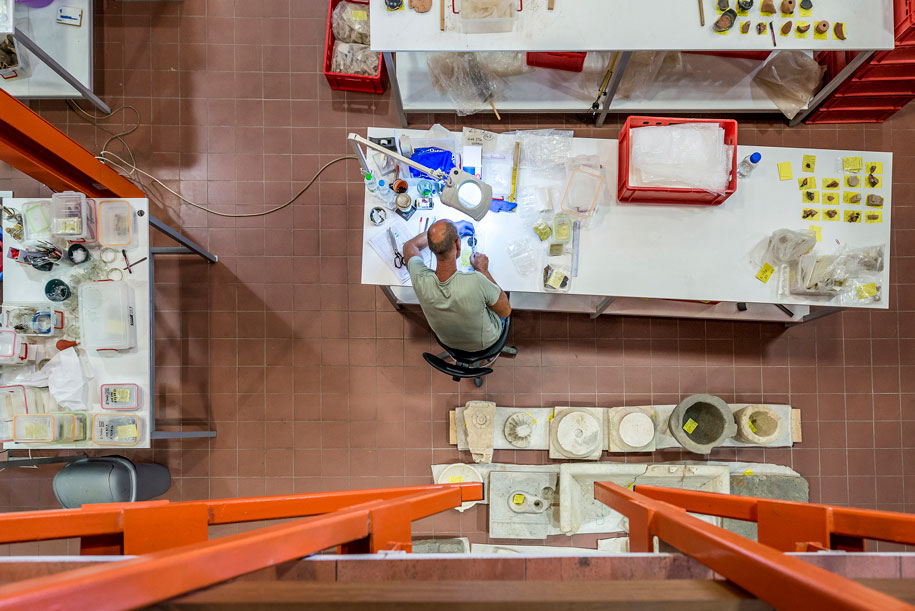 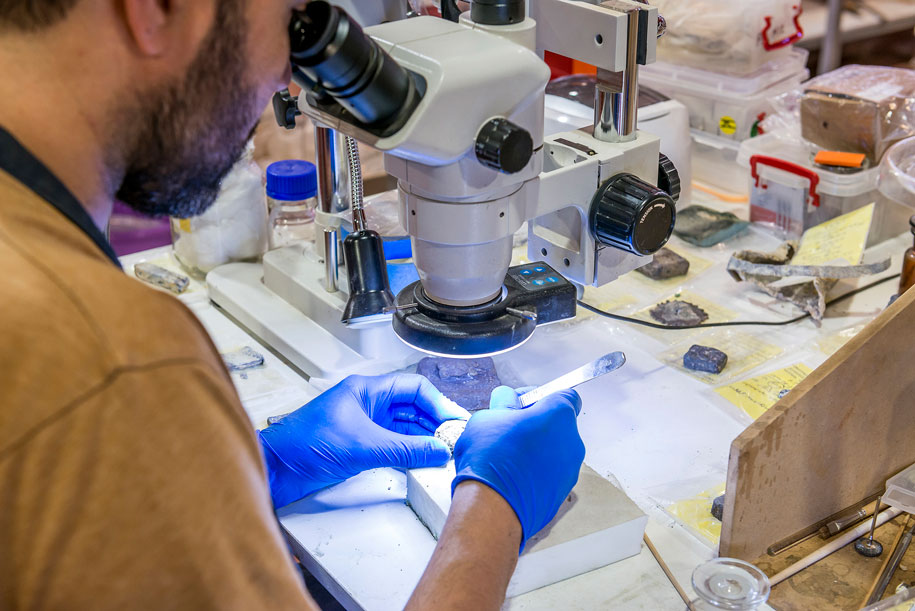 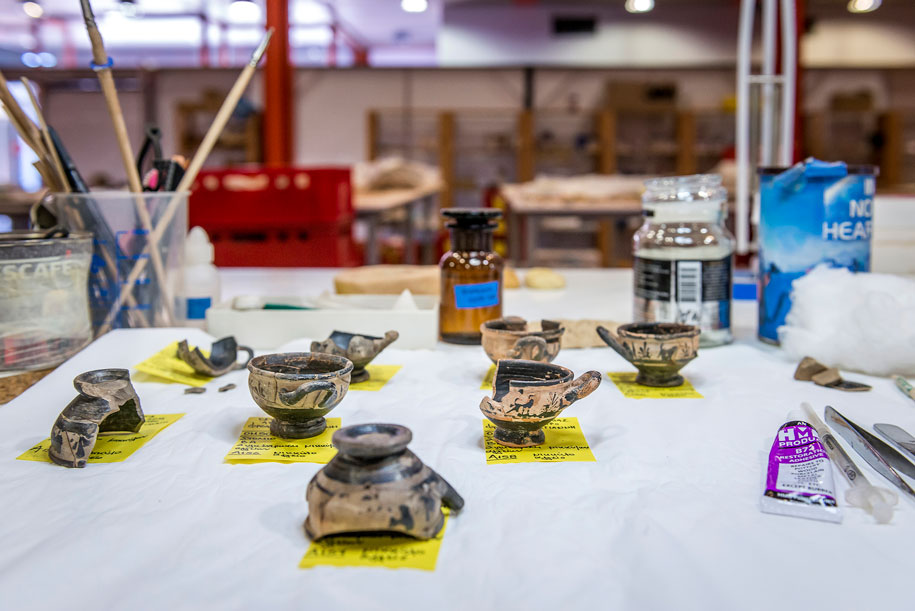