I AGREE
Archisearch https://www.archisearch.gr/wp-content/uploads/old-site/serpentine-selgascano-2015-b.jpg
Meet José Selgas – one half of the commended and innovative Spanish architecture practice SelgasCano. In this video he shares his thoughts on how architecture should adapt to its surroundings by using colour and light materials.
“Every relation with architecture I’ve had was a relation with nature,” says José Selgas as he reminisces on his first encounters with architecture. Because he used to play around in ruins in San Sebastian as a child, Selgas has always been aware of how important nature is to architecture – and how the latter should adapt to the first: “We always try to understand the nature, the surroundings.”
At SelgasCano there is no doubt that less indeed is more. The use of almost exclusively cheap materials for their buildings falls perfectly into place with the duo’s “light aesthetics” that leaves a “transparency and respect for the environment.” Along with their playful use of synthetic materials, colours are equally important: “We have no problem with colours,” says José Selgas. He believes that colours hold a big power, and that most people understand colour “perfectly and immediately.” At SelgasCano they furthermore consider a project a success when they can see that people enjoy using it – and make it their own.
José Selgas (b. 1965) is a Spanish architect from Madrid, who founded SelgasCano in 1998 with his wife Spanish architect Lucía Cano (b. 1965). The award-winning studio has completed many major buildings and installations in Spain as well as abroad, e.g. Serpentine Pavilion in London (2015). SelgasCano’s work has been exhibited at prominent venues around the world from the Museum of Modern Art and Guggenheim Museum in New York to the Museum of Modern Art in Tokyo. They were chosen for the Venice Architecture Biennale in 2010, and in 2013 they were awarded the prestigious Kunstpreis by the Akademie der Kunste in Berlin.
Facts & Credits:
Camera: Andreas Johnsen
Produced and edited by: Roxanne Bagheshirin Lærkesen
Copyright: Louisiana Channel, Louisiana Museum of Modern Art, 2015
Supported by Nordea-Fonden
José Selgas was interviewed by Kasper Bech Dyg at the Louisiana Museum of Modern Art in June 2015 in connection to the exhibition ‘AFRICA – Architecture, Culture and Identity’. The construction featured in the video is SelgasCano’s pavilion ‘Louisiana Hamlet’, which was made in collaboration with the international design studio helloeverything. 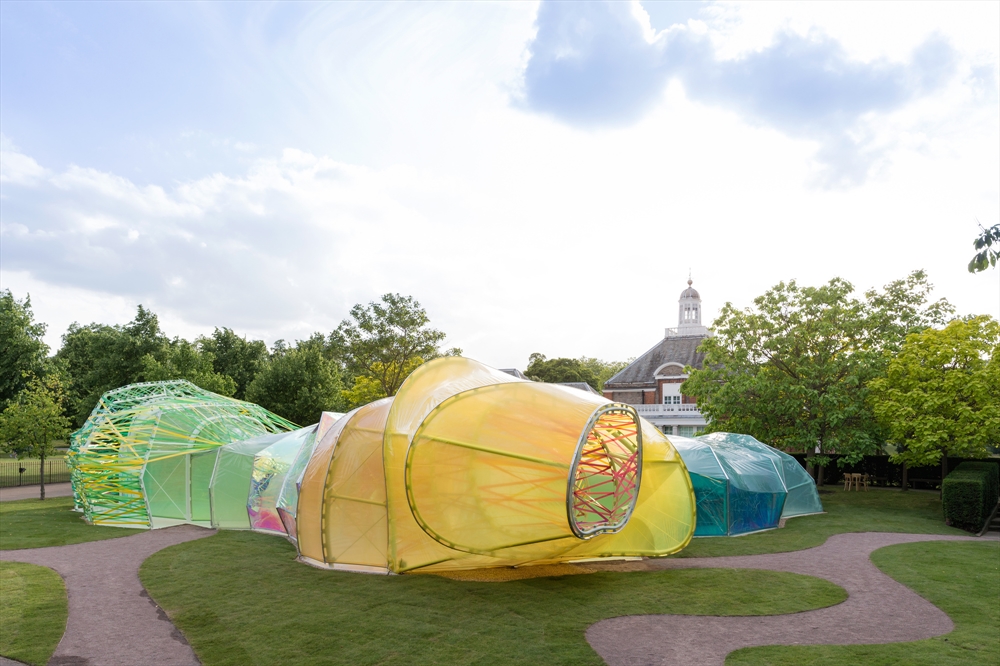 SelgasCano – The Less Architecture the Better from Louisiana Channel on Vimeo.

SelgasCano – The Less Architecture the Better