During recent years there has been a clear enrichment of the musical and cultural life of Boca del Rio, Veracruz. In 2014, the Boca del Rio Philharmonic Orchestra was formed, and through its performances it has attracted diverse musical expressions, local and foreign musicians, making it the heart of the cultural life of the city. 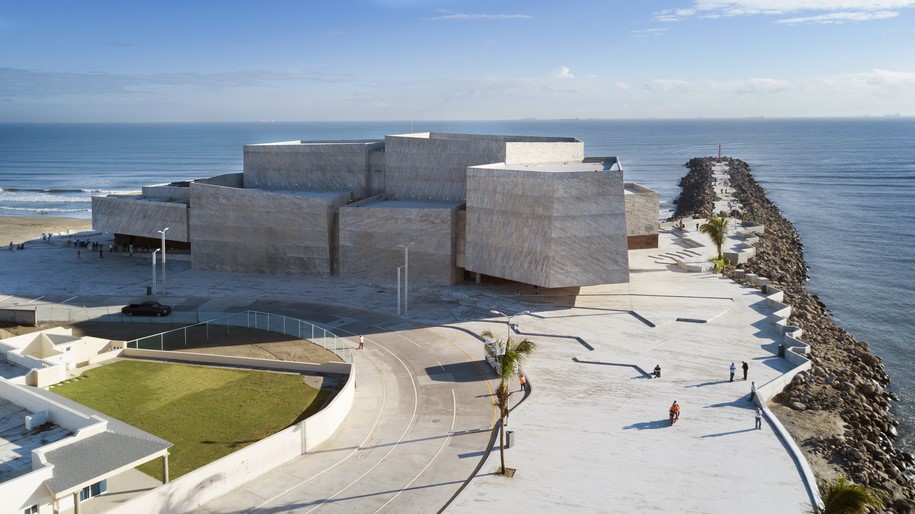 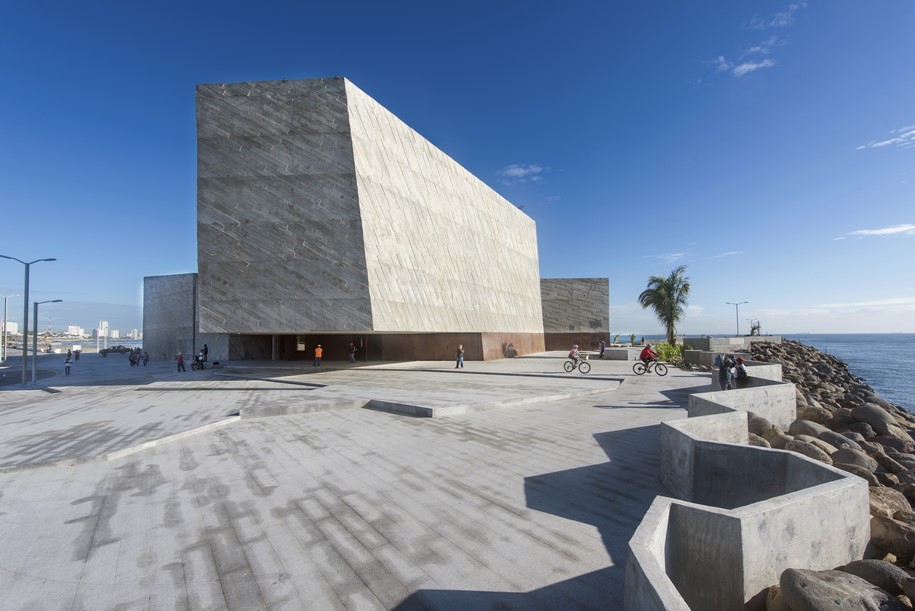 The philharmonic orchestra is unique not only in Mexico, but worldwide. Through three lines of action, consisting of a yearly season of Orchestral Concerts, as well as monthly Chamber Music performances, and finally, an after-school social development program for low-income children named “Orquestando Armonia”, which focuses on choral and orchestral education fostering values and a sense of excellence for the children and the community.
The dynamics and activities of the orchestra have had a successful social and cultural development, and have demonstrated the need to create a new social enclosure to serve as the new home for the orchestra and its programs. 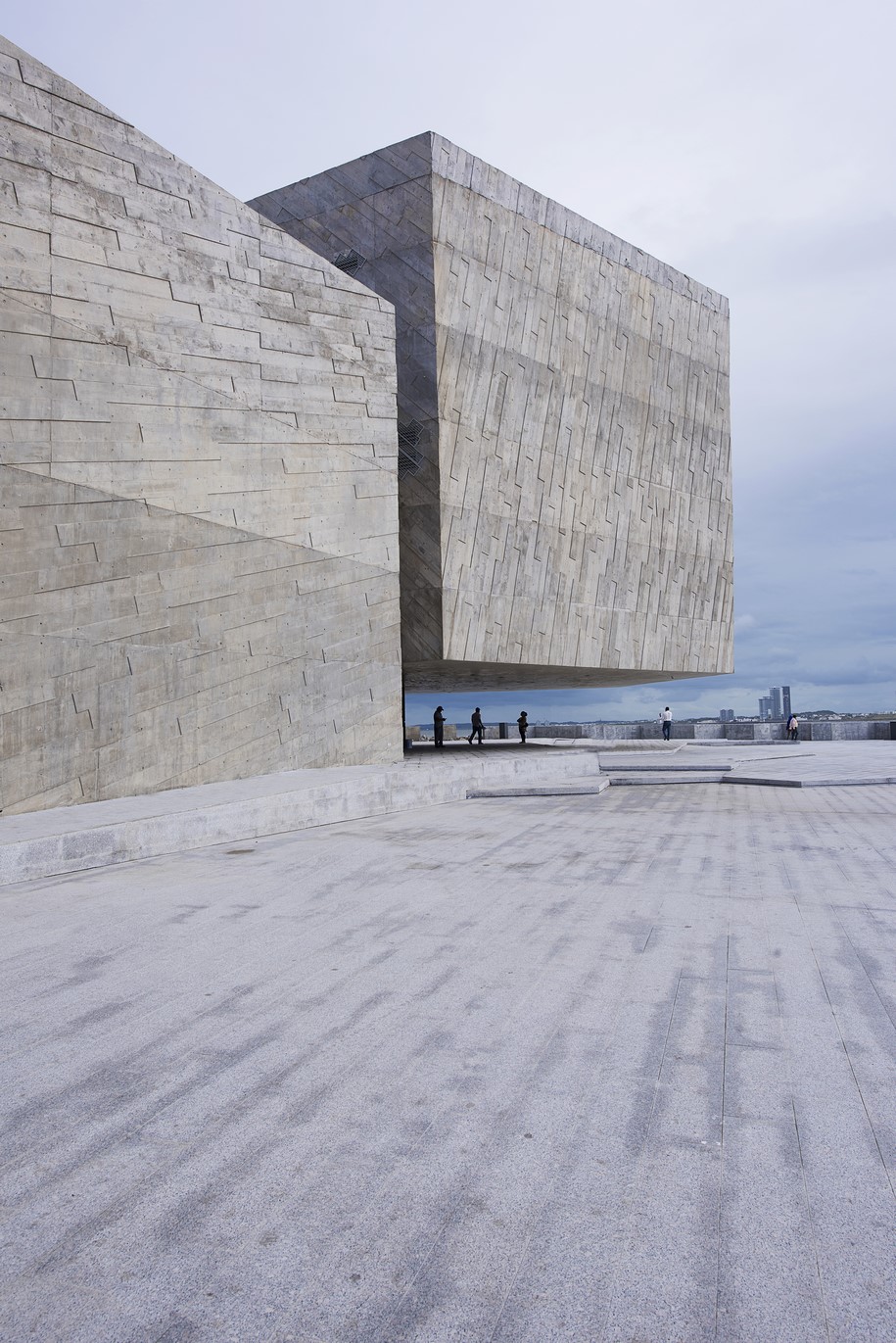 Foro Boca fits within a master plan that seeks to revitalize an urban area that is currently deteriorated. 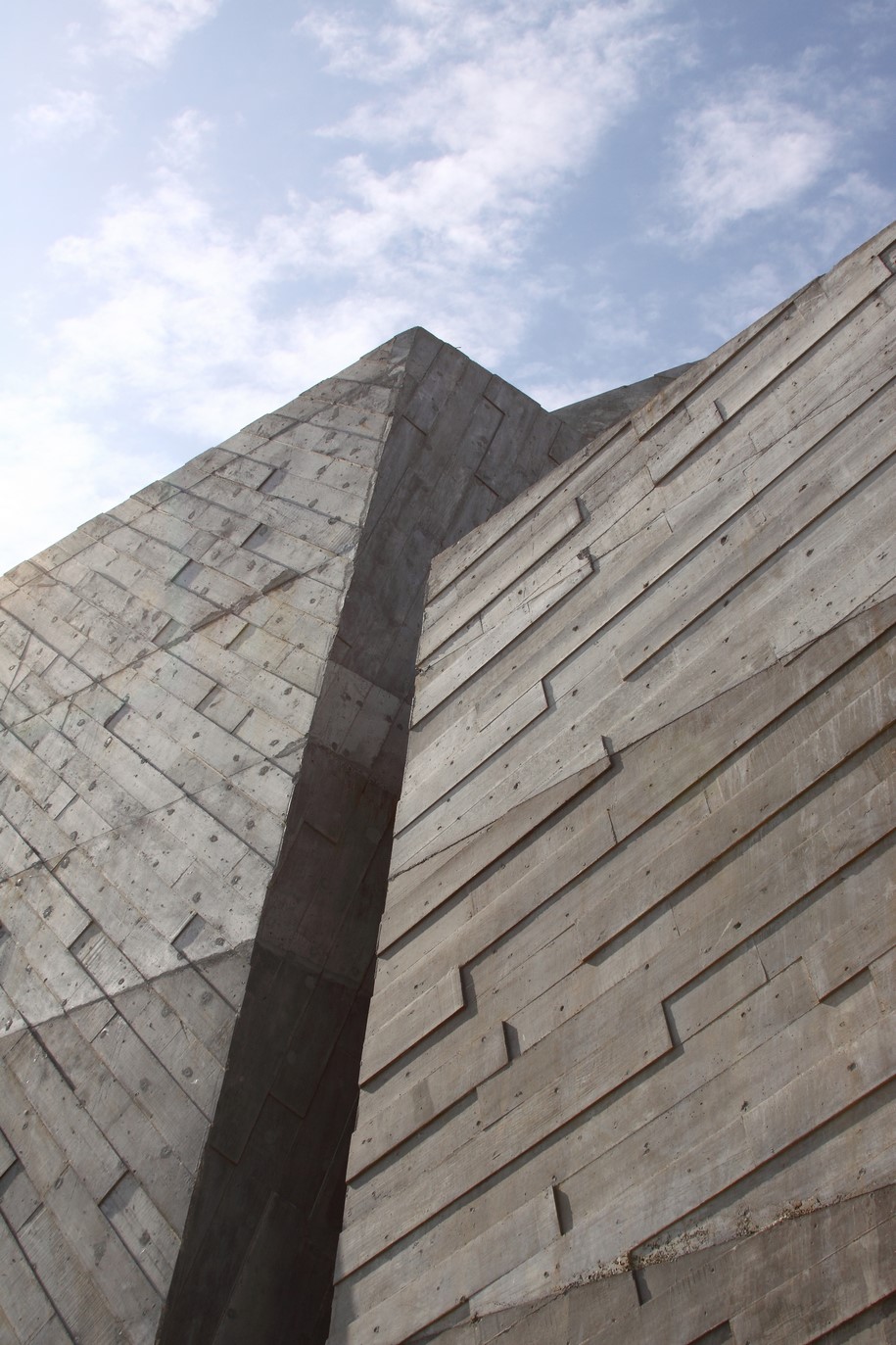 Foro Boca is located in the estuary of the river, location that not only gives name to the locality, but also has a rich history and culinary tradition. The piece of land is located beside the breakwater dividing the river and the sea, the end of the Coastal Avenue Vicente Fox, and its point of convergence with Avenue Zamora, where all the local restaurants are lined.

The Foro Boca’s location is intended to articulate the dynamics of the central part of the city with the coastal avenue, and has the goal of functioning as an urban detonator capable of inciting modernity in the area. The forum itself is a tool that has permitted the reconstruction and renovation of the infrastructure and urban image of this part of the city. 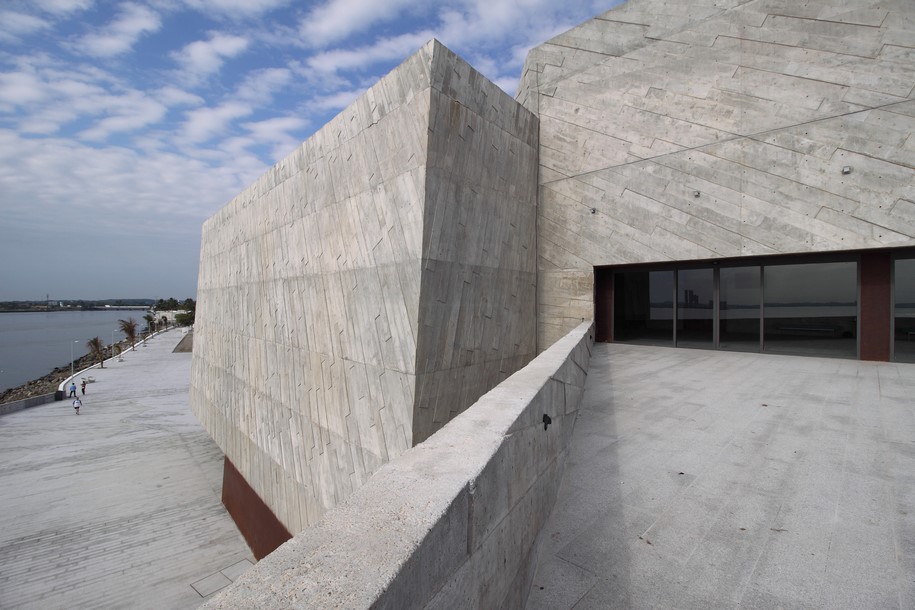 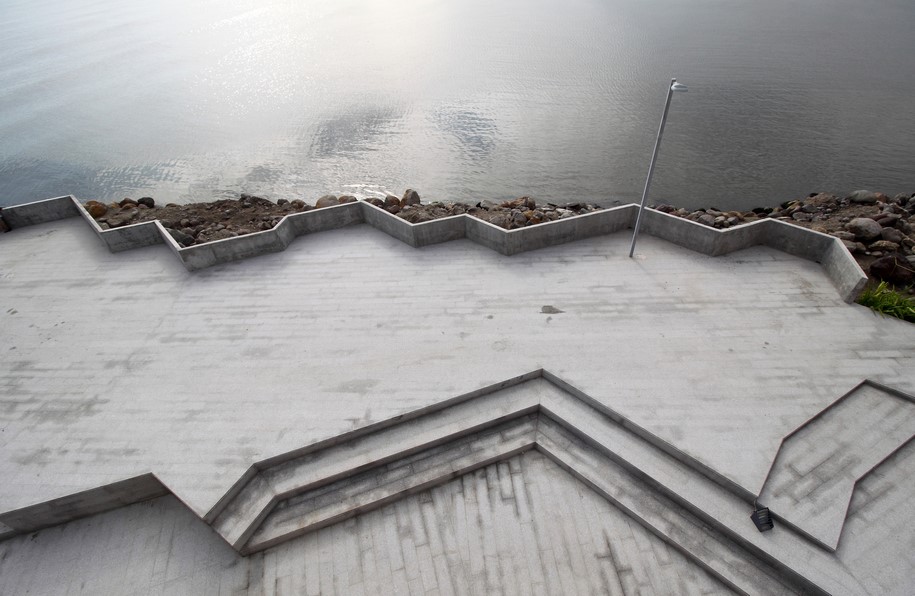 The building appropriates the timeless expression of the concretes cubes formed by ripraps in the breakwater, assimilating them as its origin and re-interpreting them in a building made of apparent concrete, forming various areas of volume that contain the concert hall. 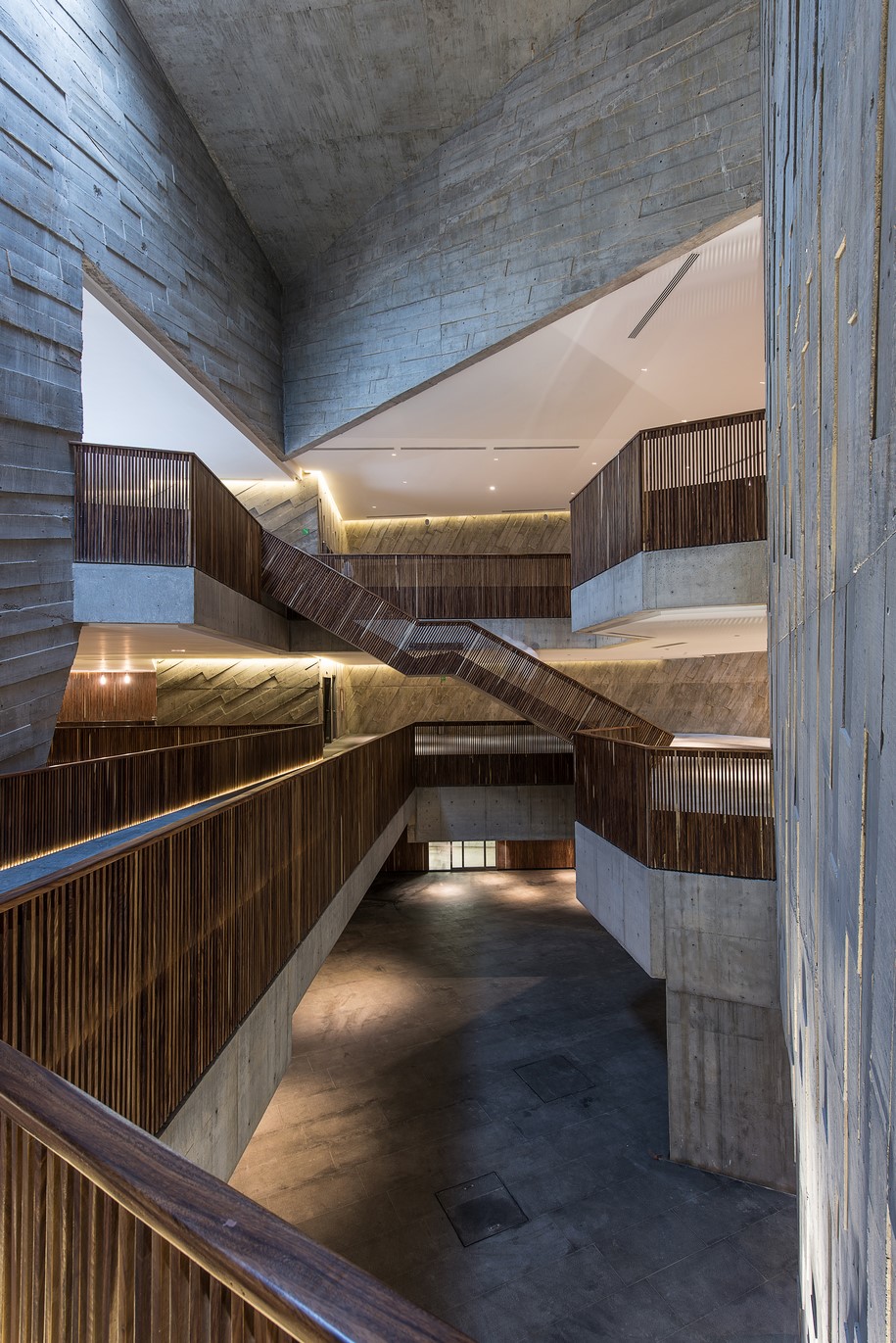 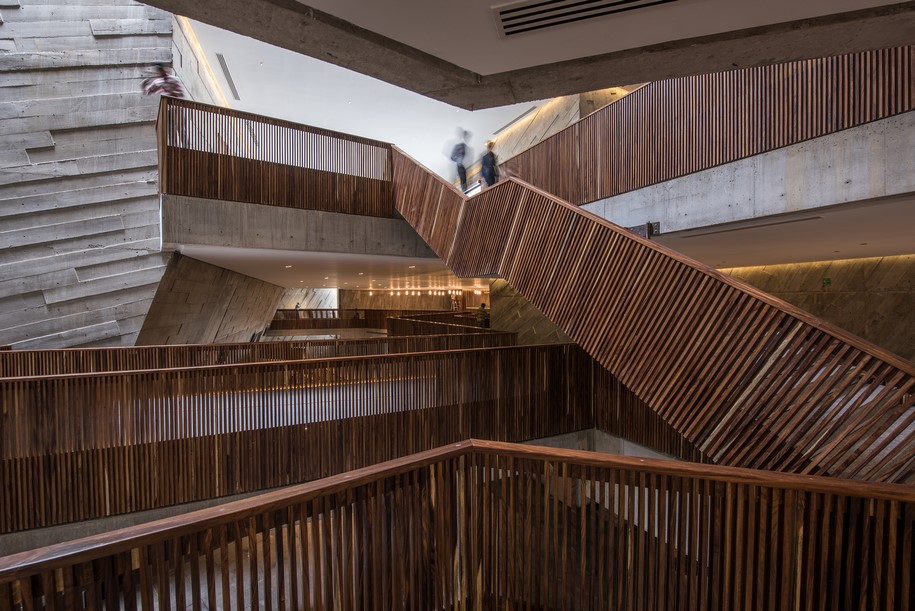 In its interior, the concert hall unfolds the technical knowledge of foreign and local specialists in acoustics, isoptics and theatrical
mechanics. It possesses the equipment to become the most sophisticated concert hall in the country.

The architectural program considers a concert hall for classical, traditional and popular music for an audience of 966, also having the possibility of presenting shows involving dance and theater, as well as cinema. Additionally, the forum will have a rehearsal hall that can also serve for camera concerts, floor theater plays, cinema and contemporary dance presentations. The hall can hold 150 spectators. 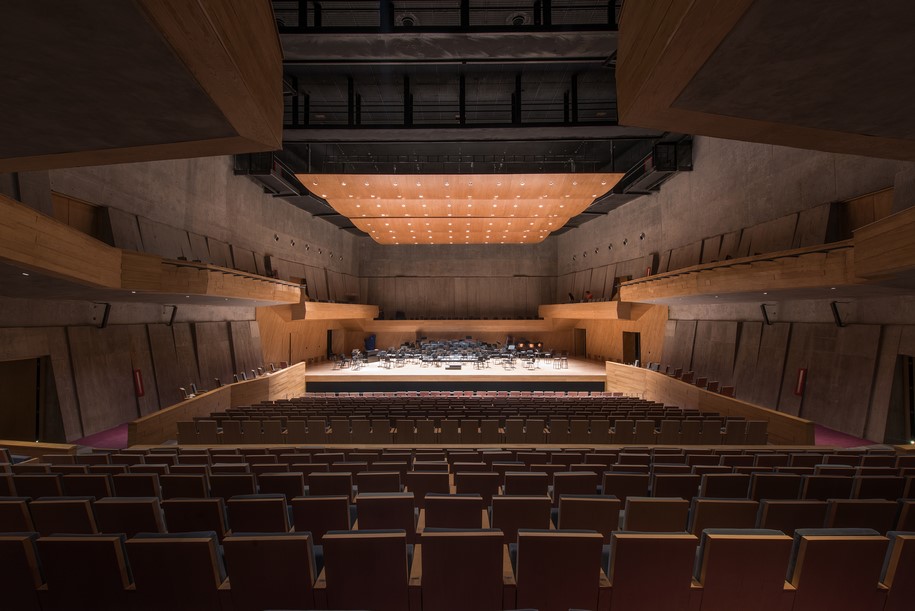 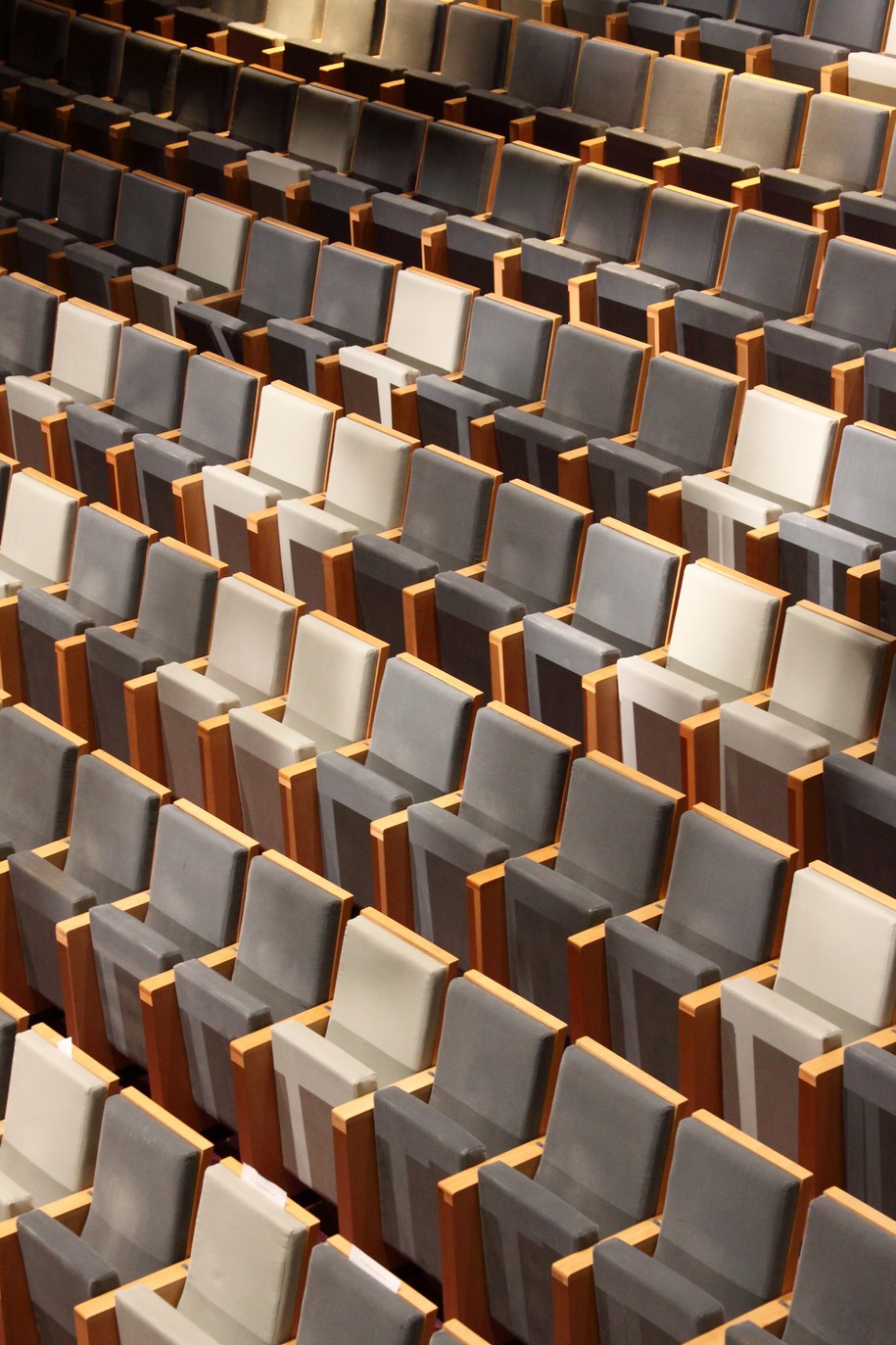 The Back of the House area of the forum responds primarily to the needs of the philharmonic orchestra. It will feature rehearsal halls for percussionists, pianists and solo performers, and a recording studio. It has general changing rooms, private changing rooms for directors, guest performers and the philharmonic’s director. These areas were conceived to combine the daily routines of the orchestra with the needs of the other activities, such as a theater performance. 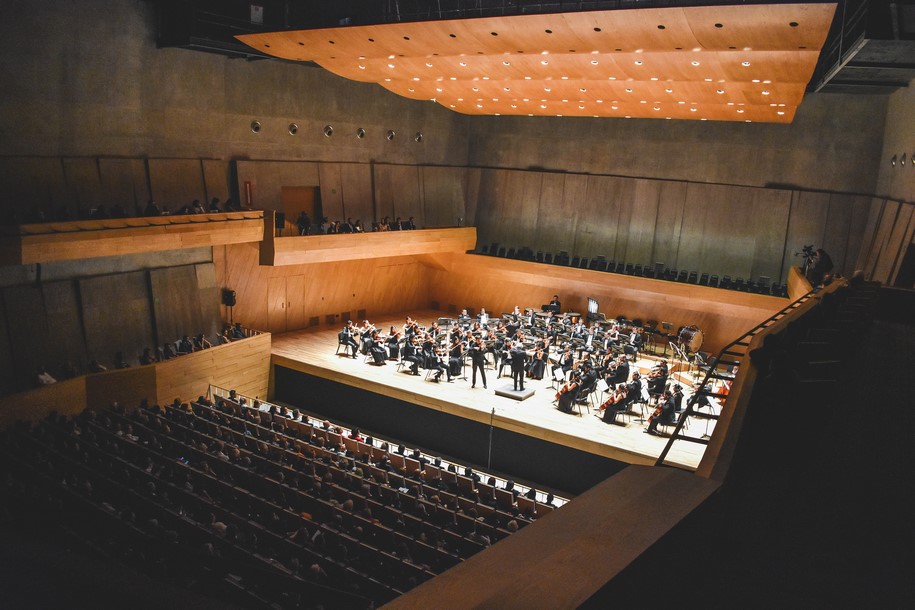 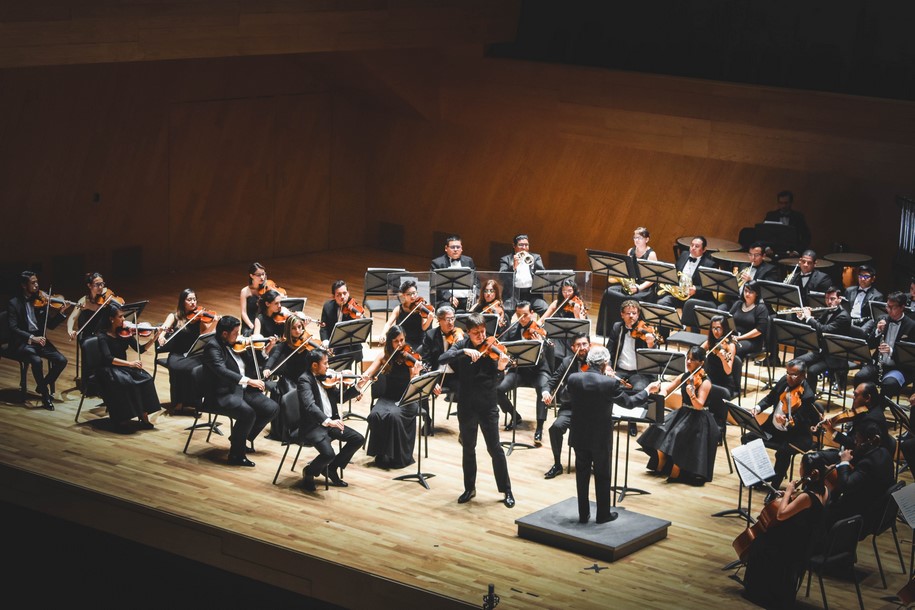 The building will also hold an office area and a musical library. In all these facilities, the forum will be able to offer workshops, courses and various festivals.
The public area of the building features a threestory height vestibule combining the floors and voids creating the access to the halls. The final floor fits a terrace overlooking the river and the sea. The building also has a cafeteria and a restaurant. Within the platforms of the vestibule, spaces are formed where solo concerts, camera concerts, dance performance and contemporary theater plays can be held. 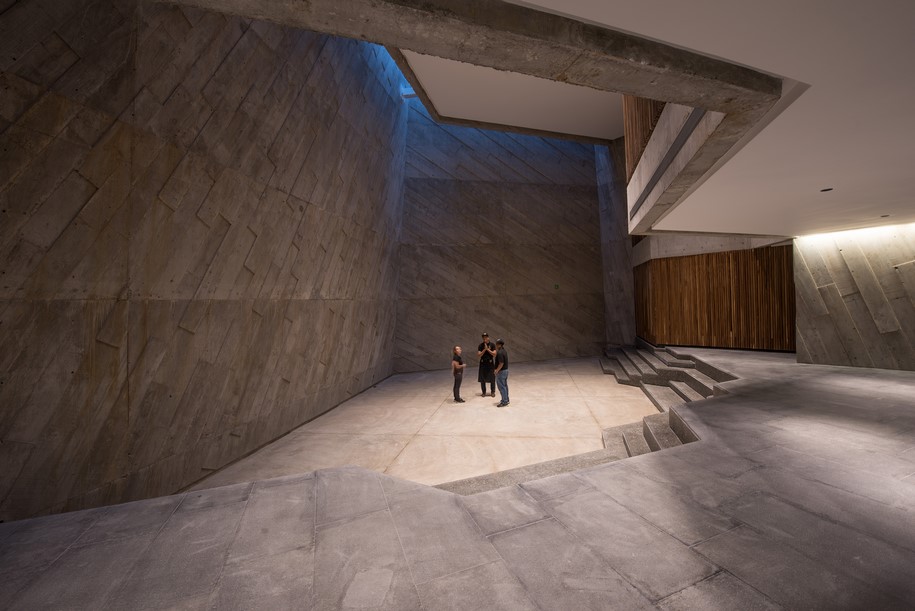 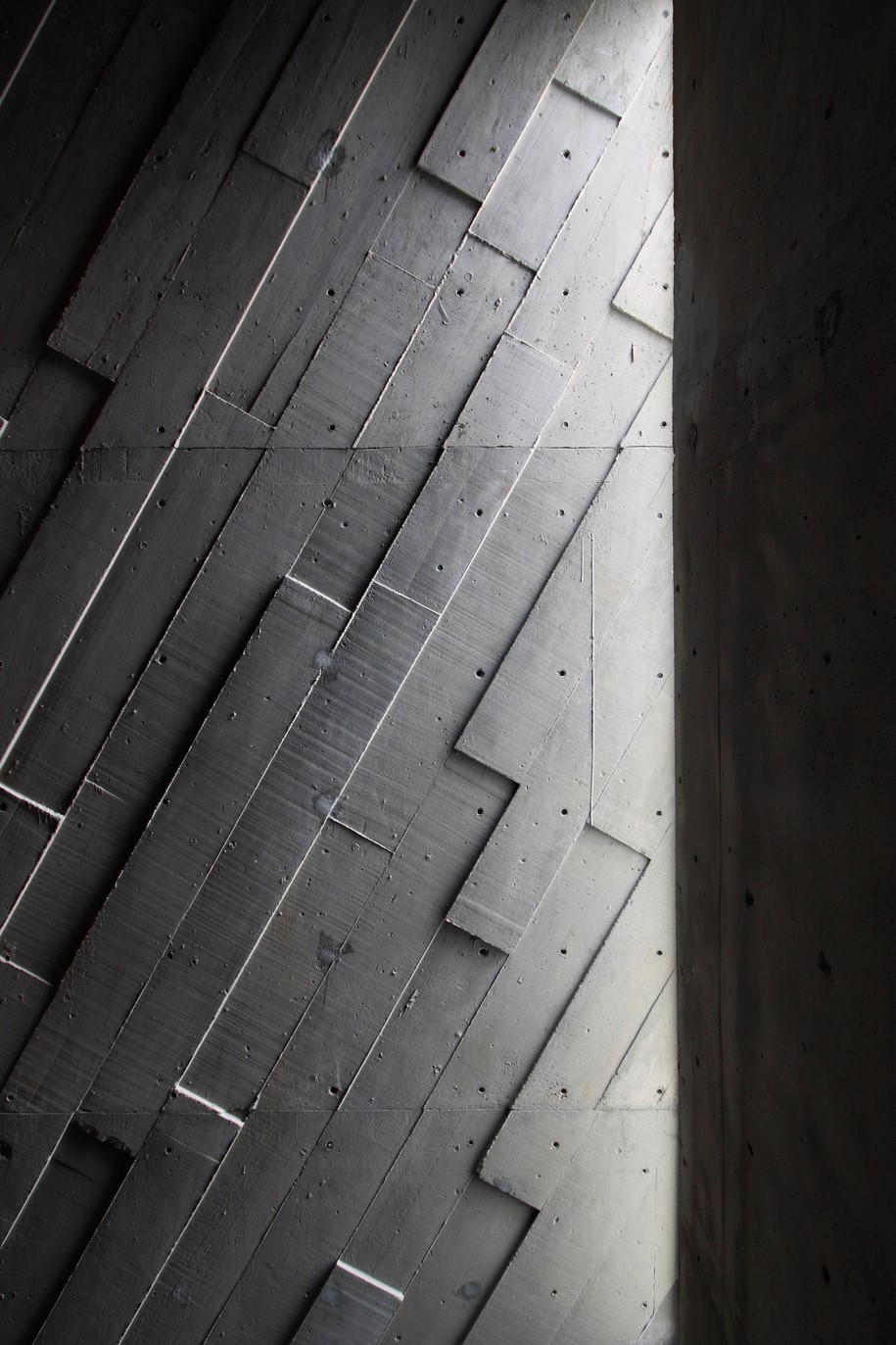 The Foro Boca generates a public space on its exterior that permits the extension of the access plaza throughout the breakwater area, creating points of entertainment, or ludic spaces that complement the public life of the hall. There will also be an audio and visual projection system to be screened on the interior façade of the building, with the intention of consolidating a social enclosure that builds on the public sphere of the area. 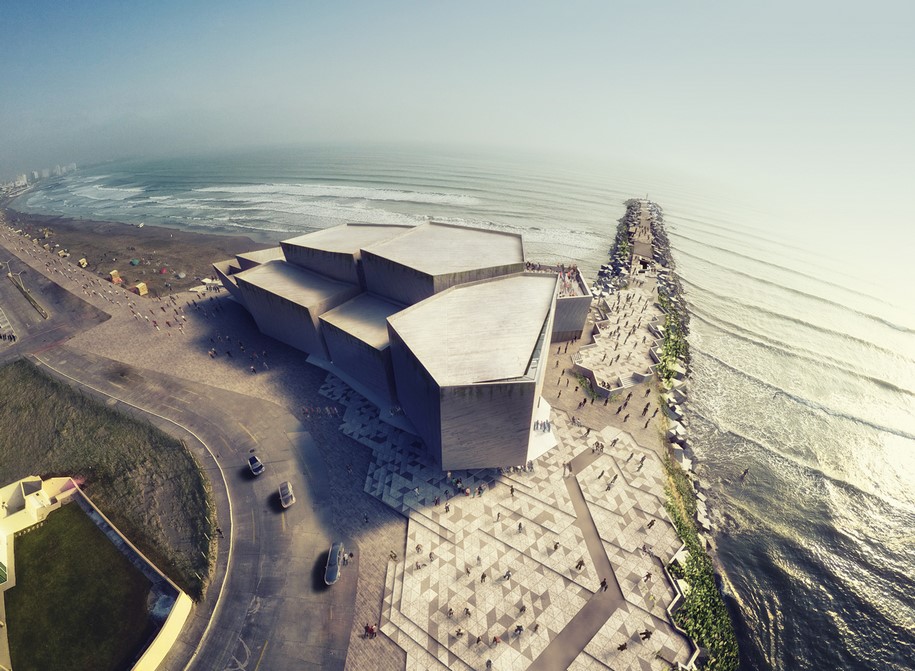 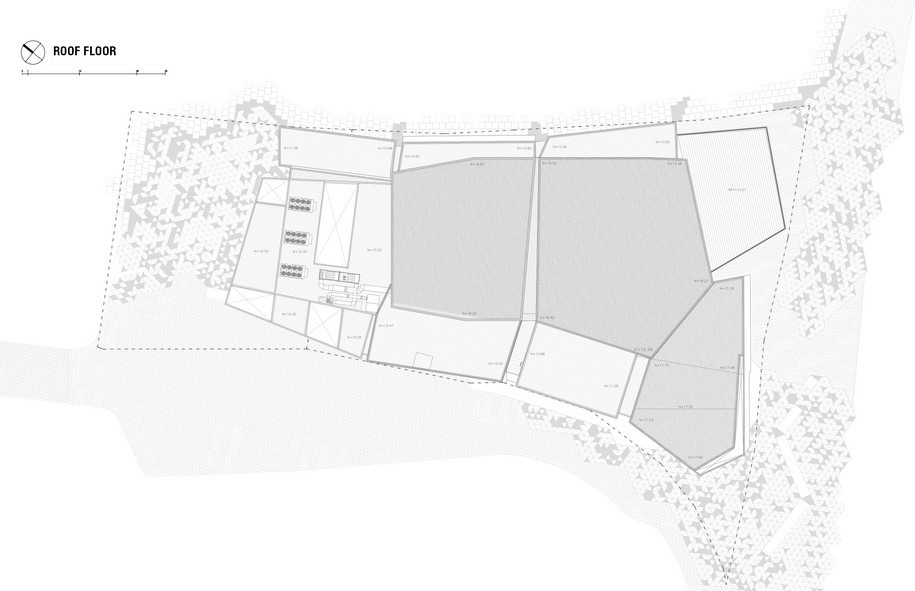 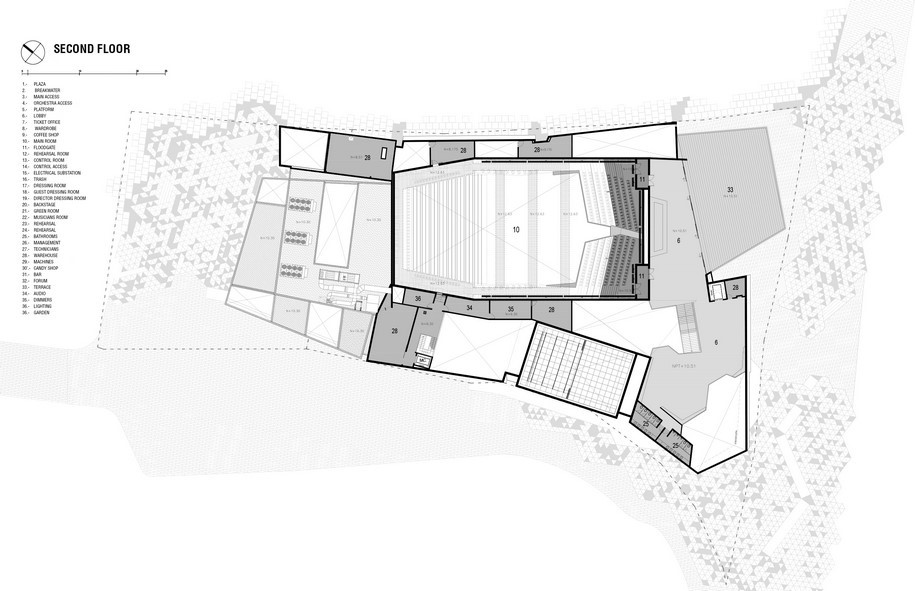 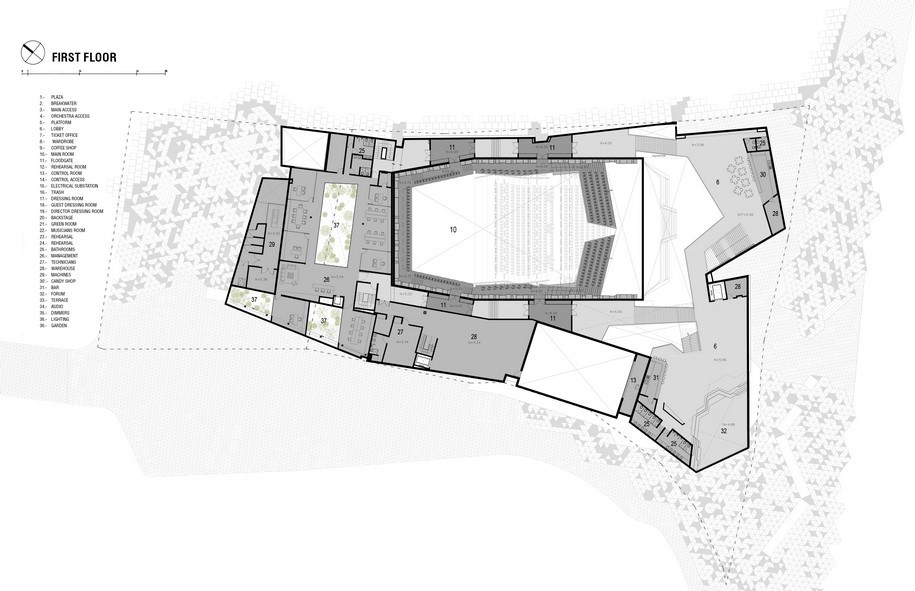 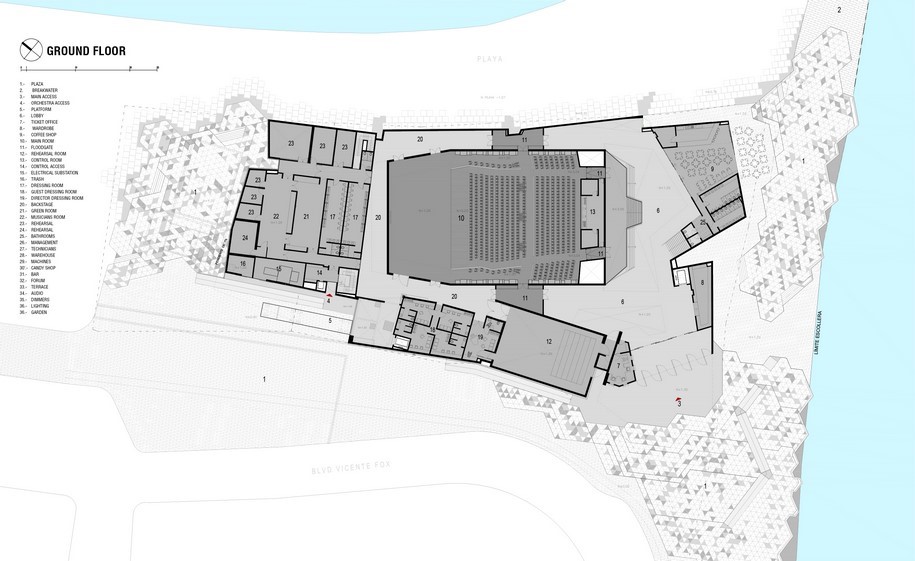 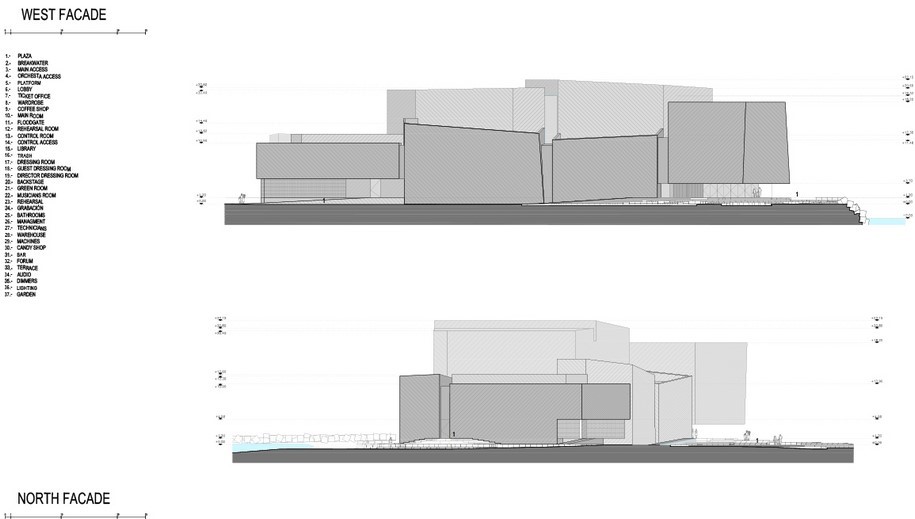 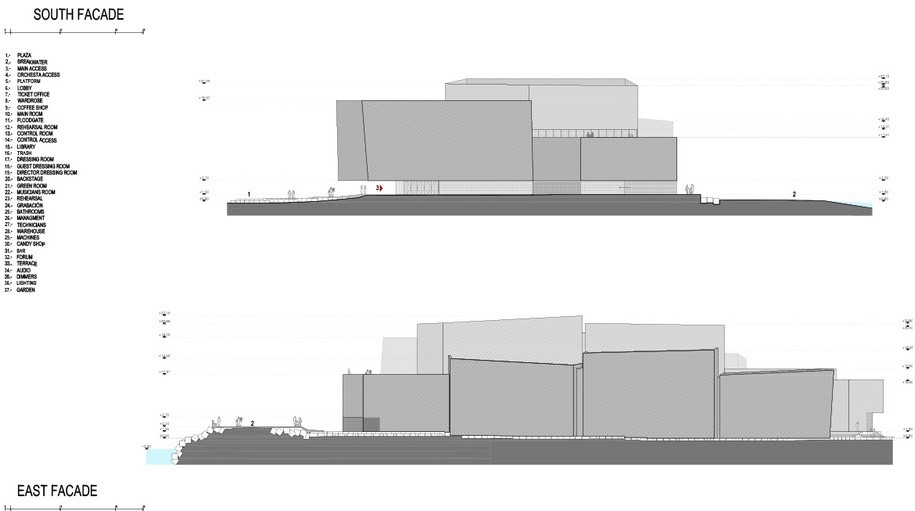 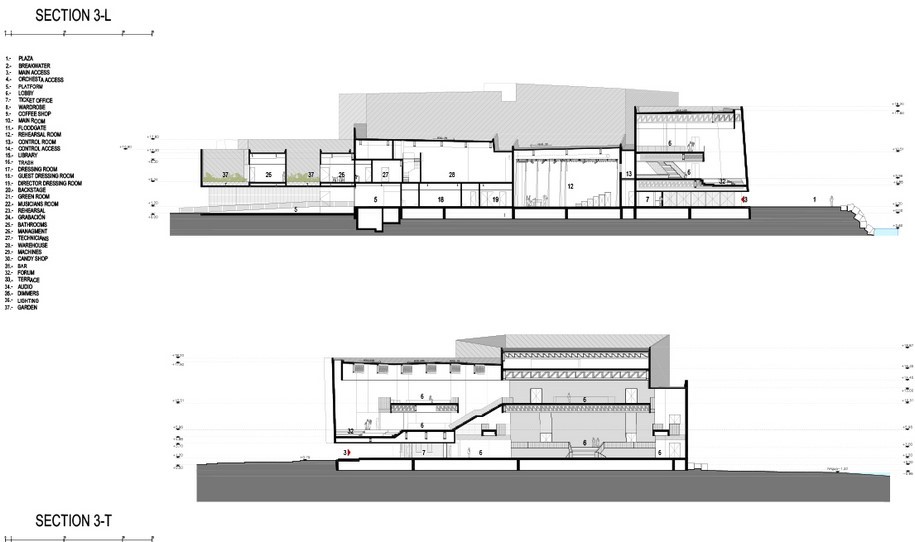 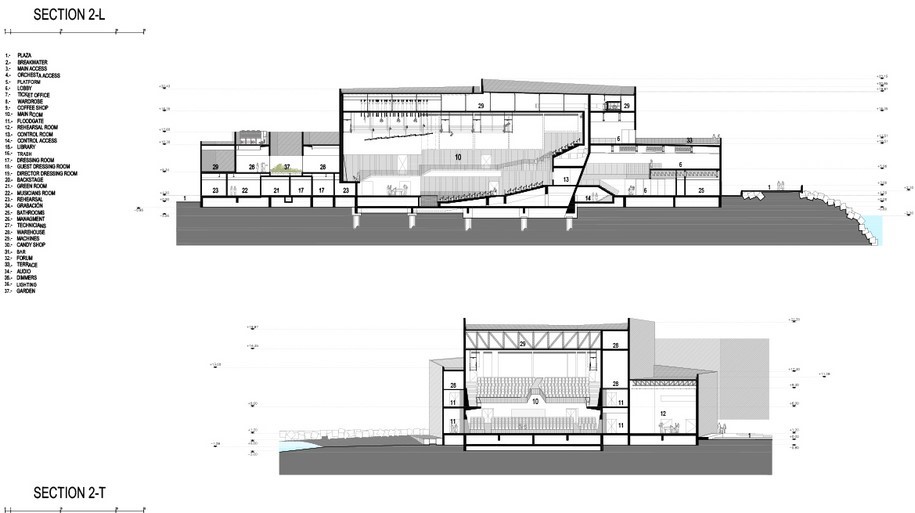 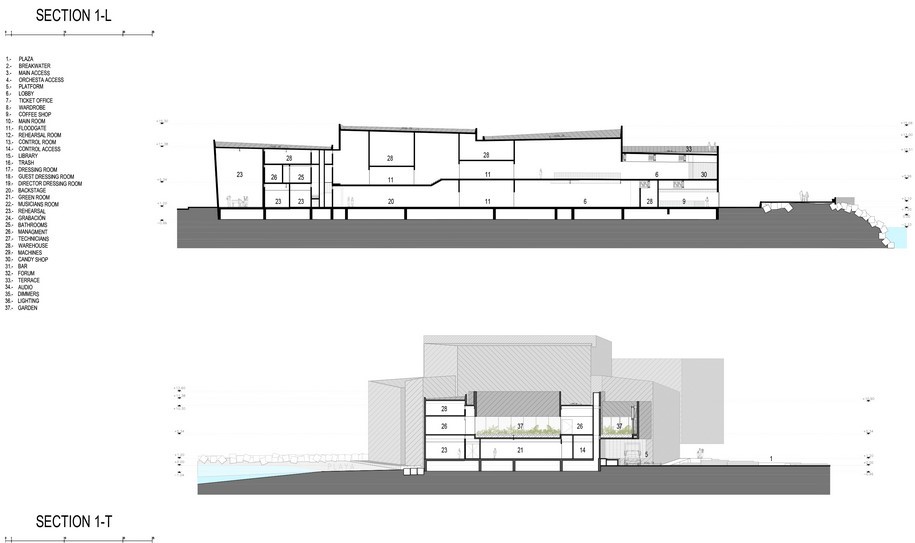 This concert hall by Fereos + Associates Architects fits within a Cave up to the Mountains of Troodos! Have a look here.

by MELINA ARVANITI-POLLATOUArchisearchhttps://www.archisearch.gr/wp-content/uploads/Firm-Architects-Warehouse-47719-preview_low_3644-1_47719_sc_v2com-370x700.jpg
SHARE THIS PAGE
WITH YOUR FRIENDS