I AGREE
Archisearch https://www.archisearch.gr/wp-content/uploads/old-site/richard-buckminster-fuller-cover.jpg
R. Buckminster Fuller was a renowned 20th century inventor and visionary born in Milton, Massachusetts on July 12, 1895. Dedicating his life to making the world work for all of humanity, Fuller operated as a practical philosopher who demonstrated his ideas as inventions that he called “artifacts.”
Fuller did not limit himself to one field but worked as a `comprehensive anticipatory design scientist` to solve global problems surrounding housing, shelter, transportation, education, energy, ecological destruction, and poverty. Throughout the course of his life Fuller held 28 patents, authored 28 books, received 47 honorary degrees. And while his most well know artifact, the geodesic dome, has been produced over 300,000 times worldwide, Fuller`s true impact on the world today can be found in his continued influence upon generations of designers, architects, scientists and artists working to create a more sustainable planet.
Transcripts of “Everything I know“ can also be found here, archived by the Buckminster Fuller Institute.
You can watch Parts 1-12 on the Internet Archive here: 1, 2, 3, 4, 5, 6, 7, 8, 9, 10, 11, 12
Parts 2-6 can be watched on Youtube here: 2, 3, 4, 5, 6 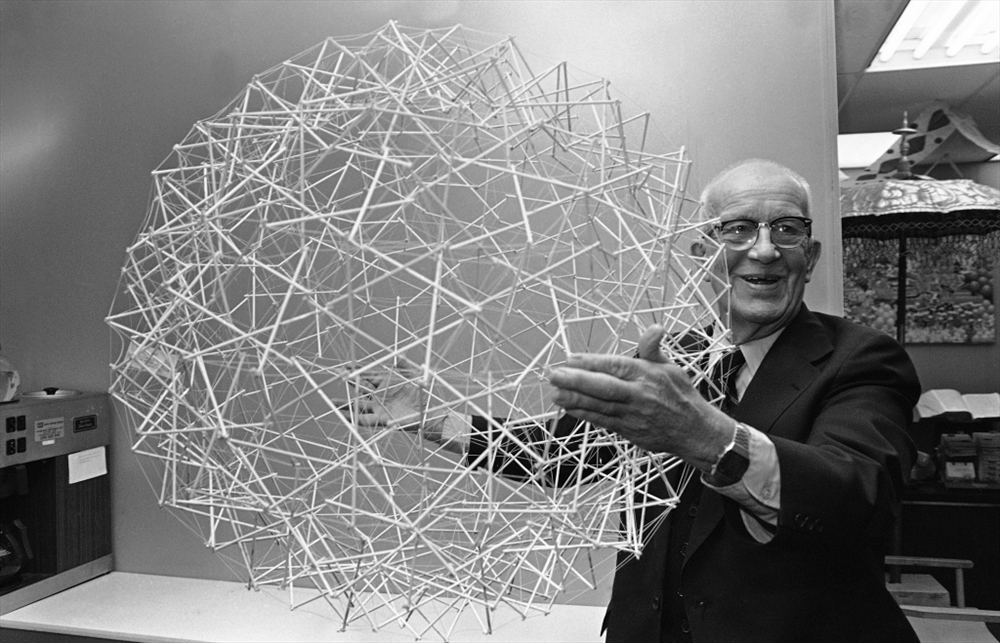 “EVERYTHING I KNOW“: 42 HOURS OF BUCKMINSTER FULLER`S LECTURES ONLINE