BAAQ´ refurbished Dr. Atl 285 in Mexico City – originally built in the late ’60s having a previous industrial use – delivering an open plan residential building with diaphanous spaces that promotes coexistence among its inhabitants while demonstrating the adaptability of architecture in terms of generating sustainable projects that preserve the cultural urban legacy.

How to make the best use of the urban and architectural heritage that has been passed on through history in Mexico City to generate inclusive and connective spaces that allow members of society to live in a prosperous and harmonious environment? 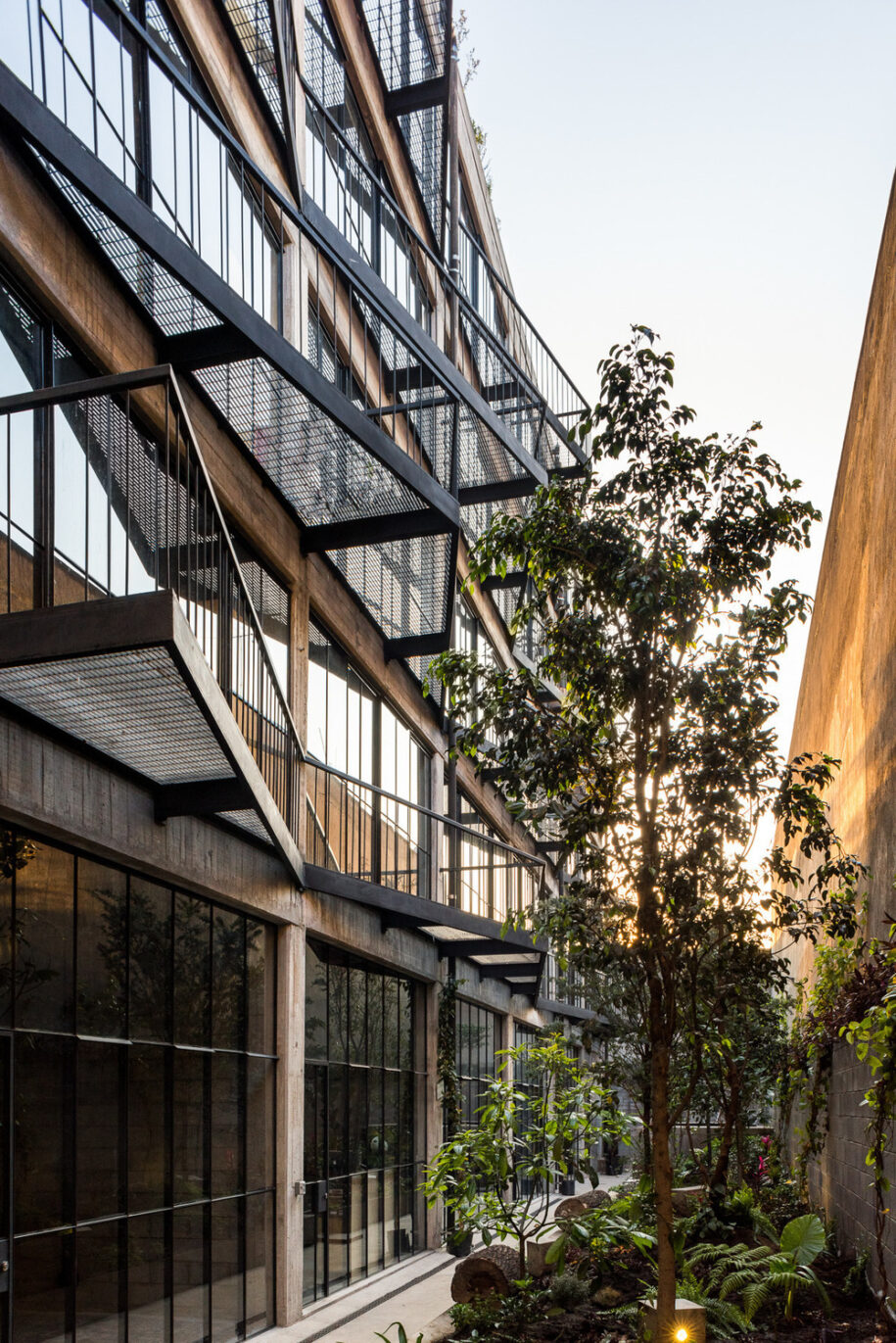 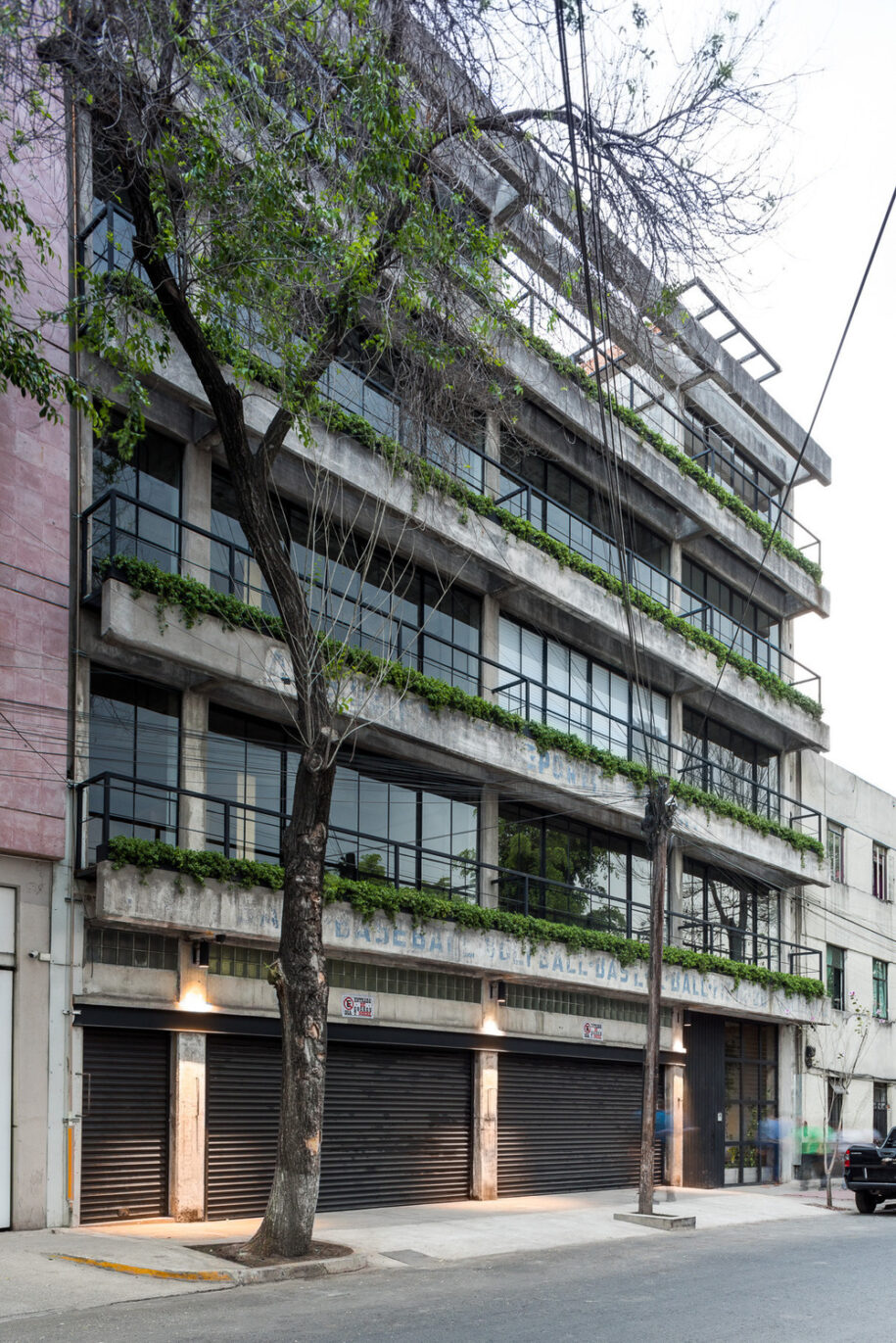 Dr. Atl 285 was built in the late ’60s. It is located in the neighborhood of Santa Maria la Ribera. This building exemplifies the proper exploitation of heritage under the premise of bringing benefits to the population and the environment while preserving and rescuing cultural legacy. The area where it is located is undergoing a densification process, and due to its proximity to the city center, it holds a historical character that has attracted a young population that intends to live near cultural and economic centers. 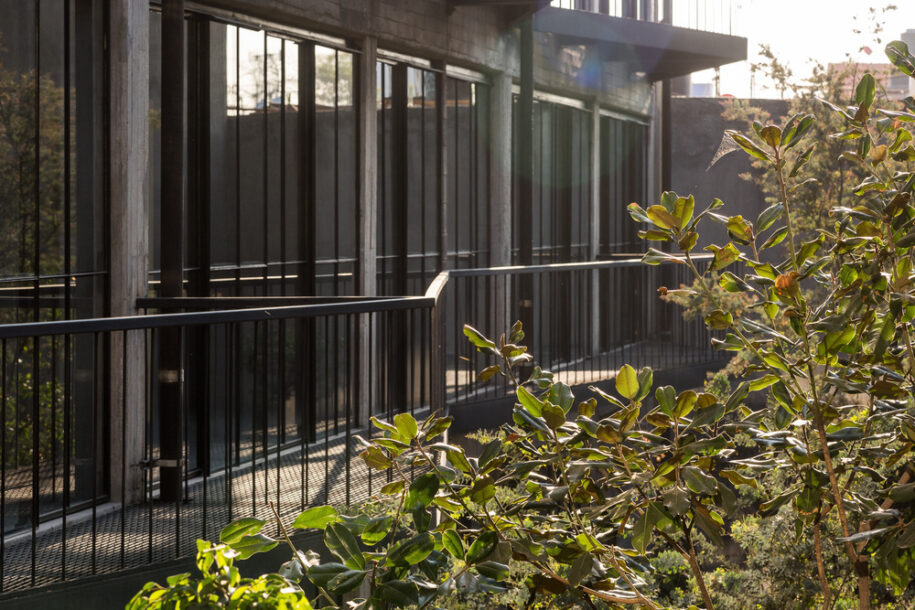 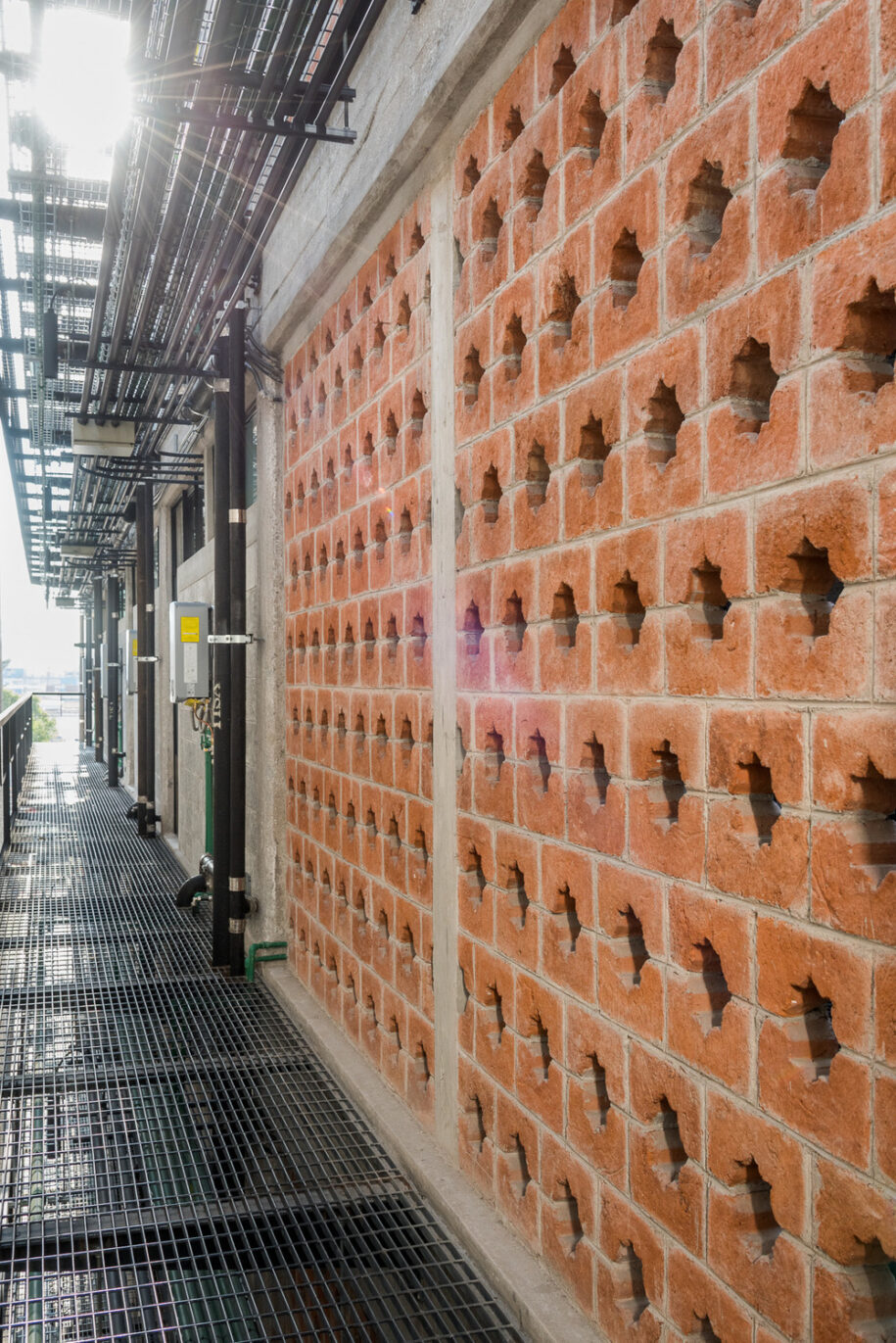 The building was designed based on a reticular structure of reinforced concrete beams and columns, due to its previous industrial vocation, creating diaphanous spaces without dividing walls. 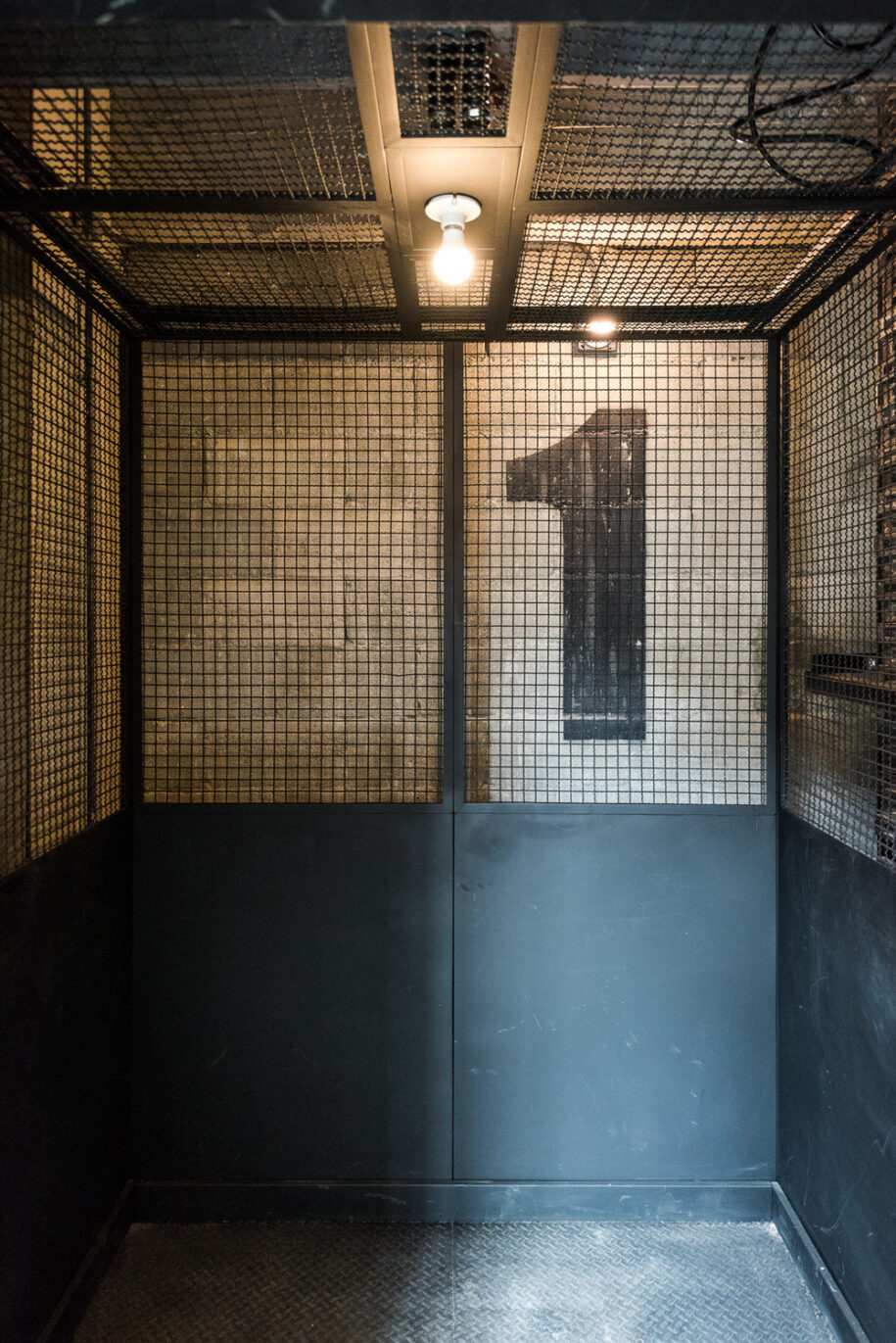 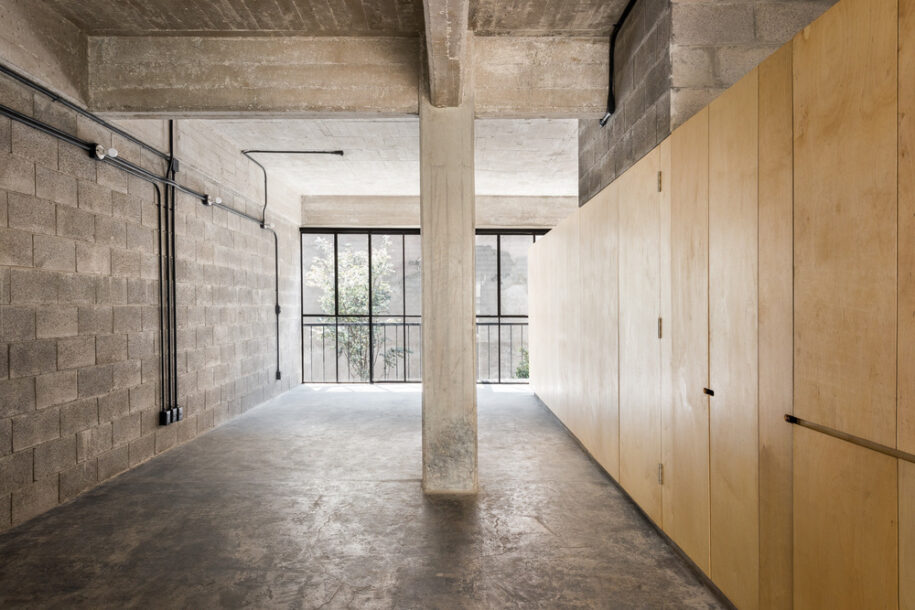 A configuration system was proposed to take advantage of the geometry in the existing structure, relying on placing cubic elements of wood to provide private areas and also to generate a modular design that could be replicated according to the different programs, sizes, and configurations in order to meet the market’s needs. The original building’s use also implied a challenge for the design and location of circulations, which were placed on the backyard patio, using a permeable construction system that allows natural light to pass through. With a triangular geometry for balconies and the corridor system’s replica, it was possible to preserve the original façade profile without affecting the apartments’ lighting. 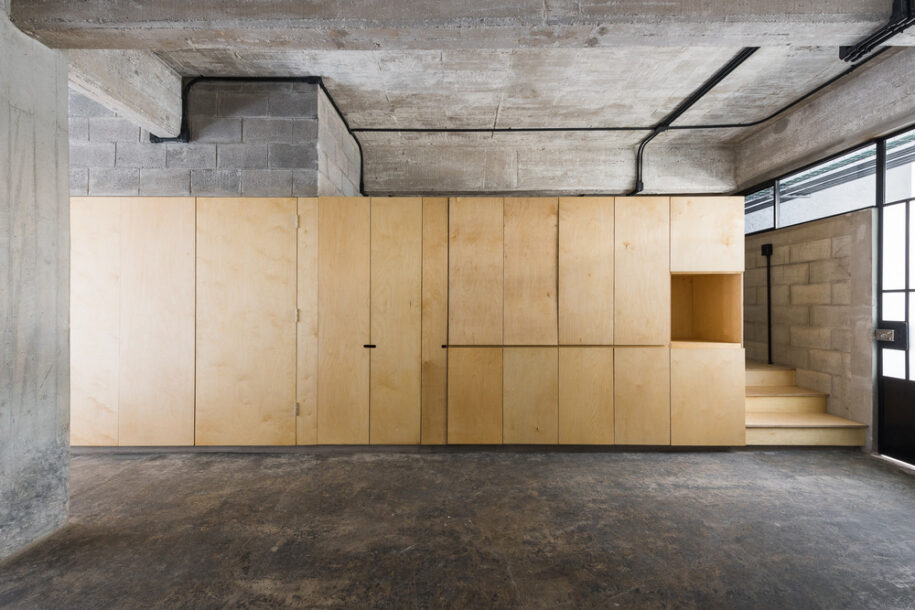 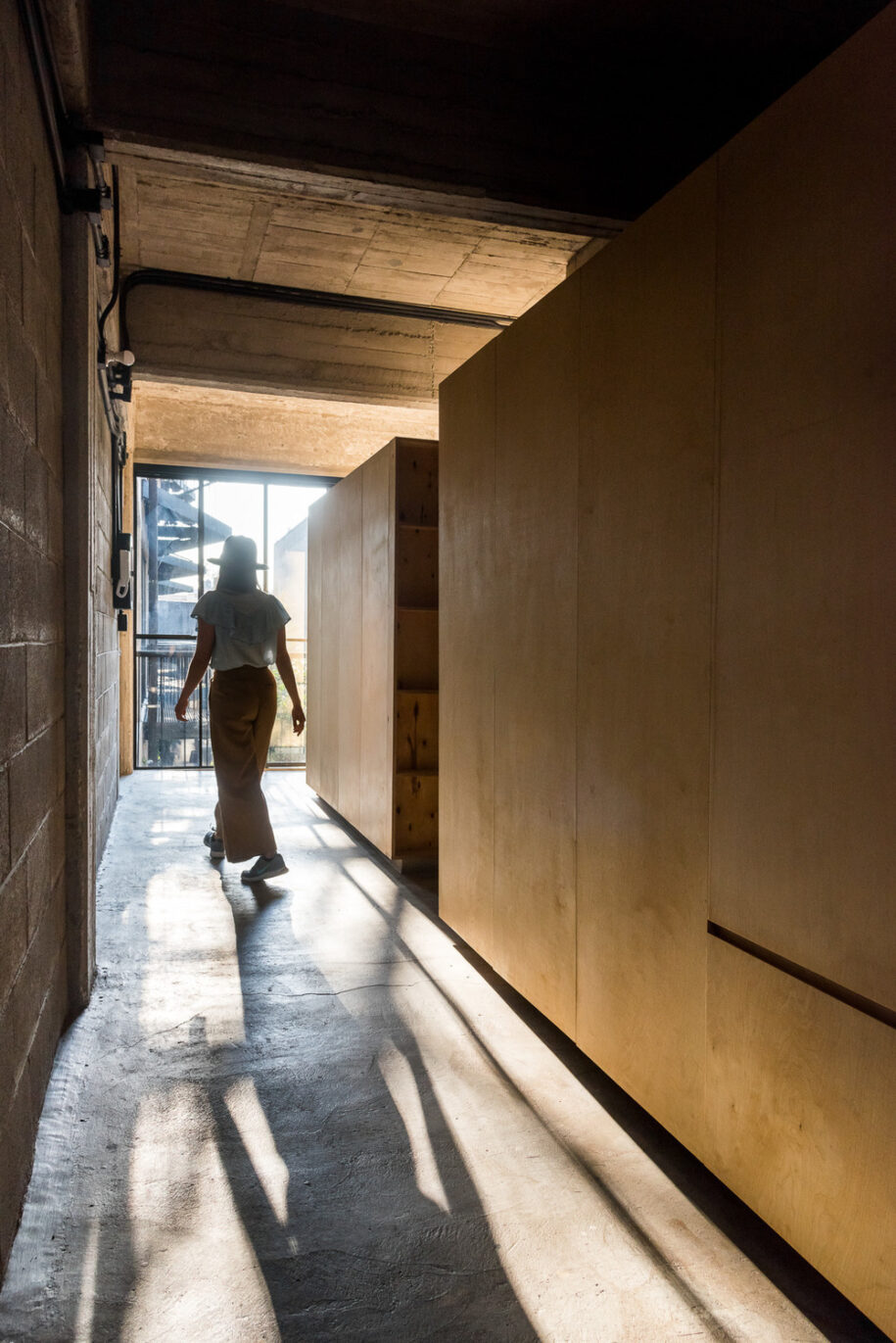 The biggest challenge for Dr. Atl 285 was integrating its inhabitants within the social tissue of the neighborhood. 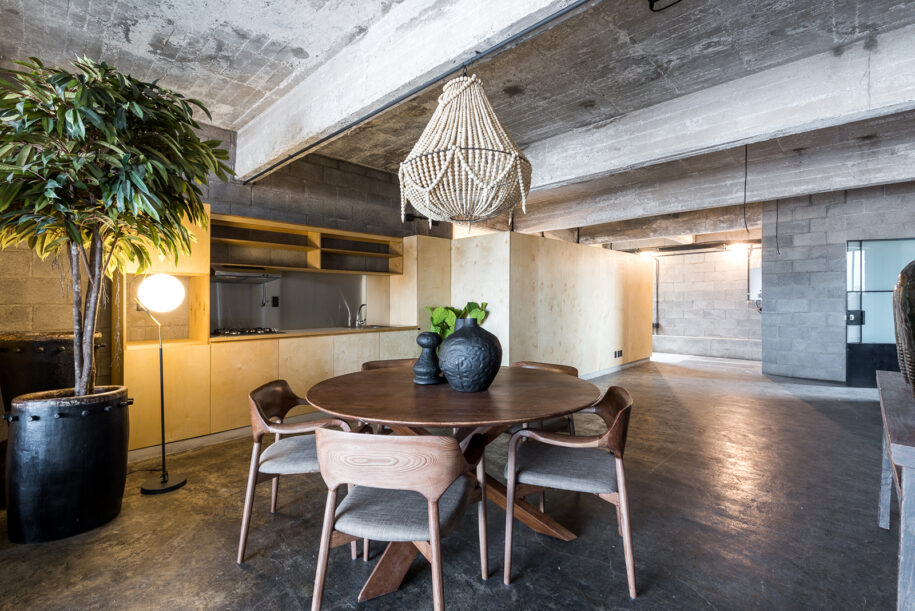 The use, of outdoor spaces, such as patios and the rooftop, created common areas that encourage coexistence. Furthermore, it improved the user experience while adding architectural value and promoting a healthier and more sustainable lifestyle. The roof garden is used as an urban garden. It produces food for all users while causing a social connection among all the neighbors. A water treatment plant was placed under the old courtyard to eliminate drainage discharges. It recirculates 100% of the water used. On top, a tree garden welcomes users creating the feeling of a park, regenerating the air quality of the entire building. 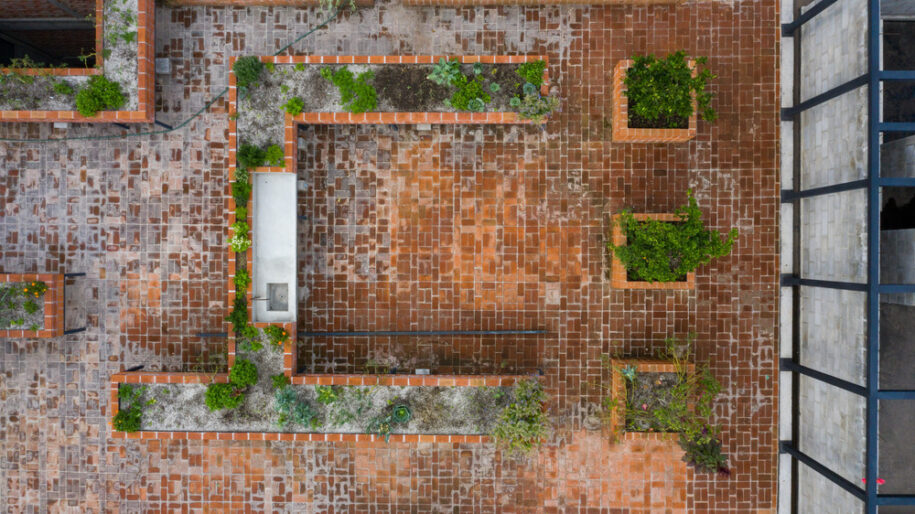 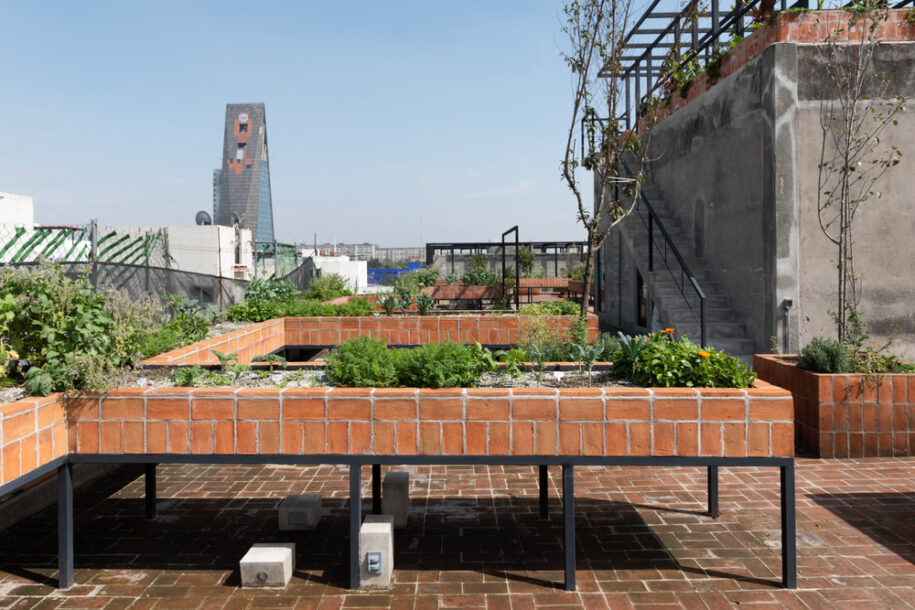 The project aims to demonstrate the adaptability of architecture in the existing resources, the regenerative potential of the city, and the ability to generate sustainable projects nowadays. 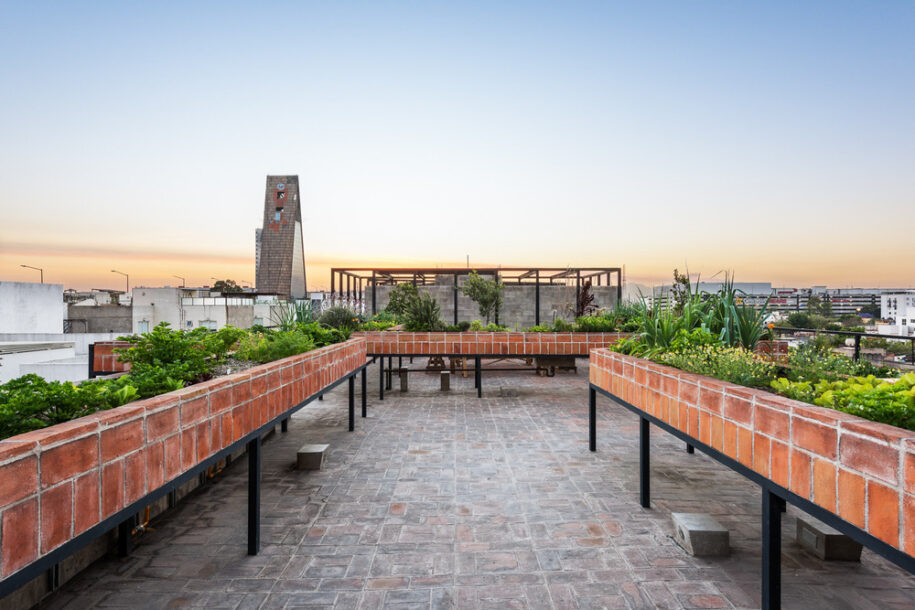 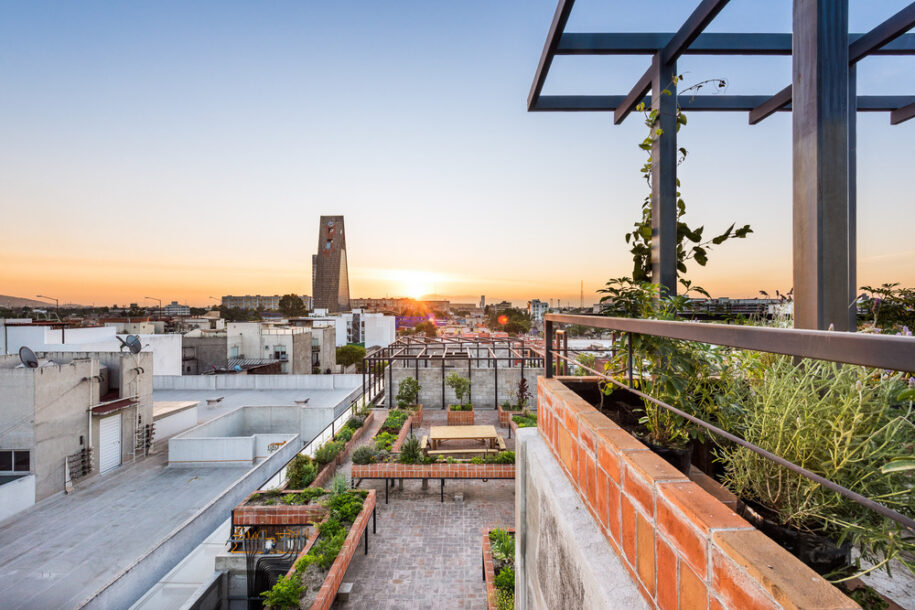 All this to preserve the cultural and architectural heritage through the restoration of these constructions and projects, not only to maintain the presence of each neighborhood but also to reduce the environmental impact of real estate development. This vision and circumstances made the project evolve into a much more sustainable version of itself than was originally expected. A water treatment plant that helps save up to 45% of water, a tree garden on the ground floor and a vegetable garden on the roof, combined with the rest of the strategies involved, make Dr. Atl 285 excel in terms of sustainability, turning it into an outstanding example among projects of its kind. 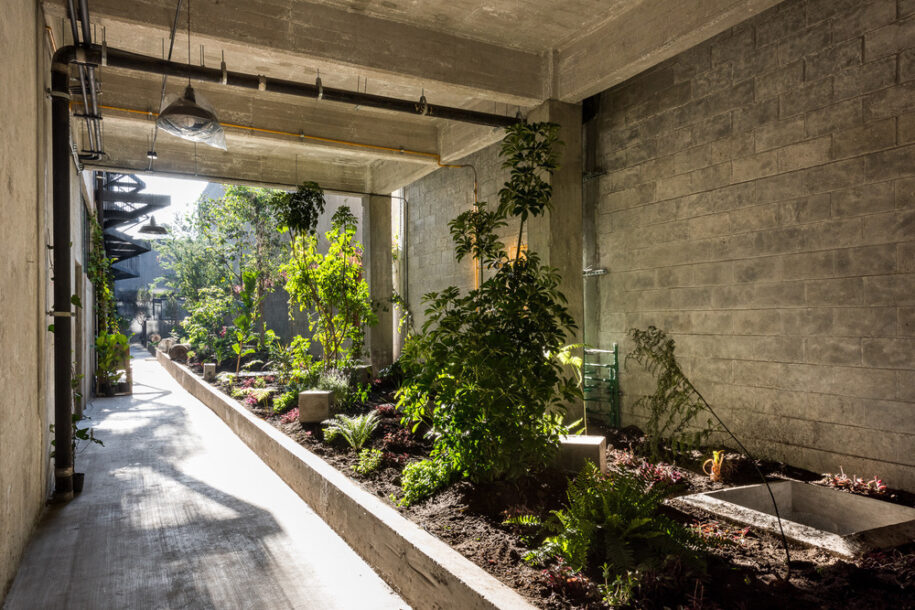 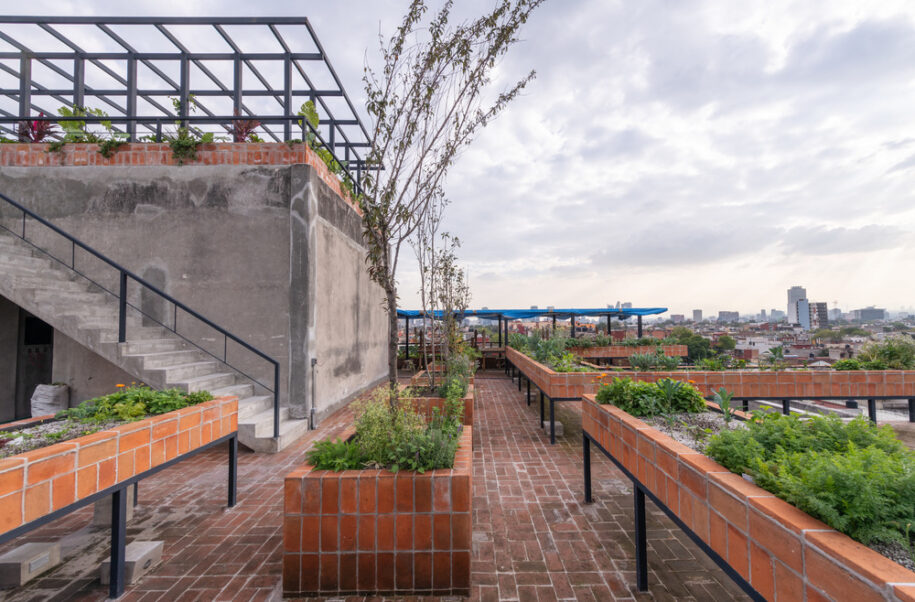 Founded in 2011 by Alfonso Quiñones, BAAQ´ was born as an architecture workshop that puts into practice concepts based on the search of truth and beauty that occurs in the experience of inhabiting the user, establishing harmonious relationships with the site, understanding it from the immediate environment to the most distant elements but also defined, for this, a good part of the process consists of analyzing and questioning the relationships that exist between the inhabitant´s environment and the conditions it establishes, understanding them as opportunities to create spaces that celebrate various relationships. Part of the beliefs in which our practice is based on is in the human condition of establishing utopias, understanding them as ideals that we create in the established set of everything that we believe can improve as a society and especially in the interactions that architecture generates. 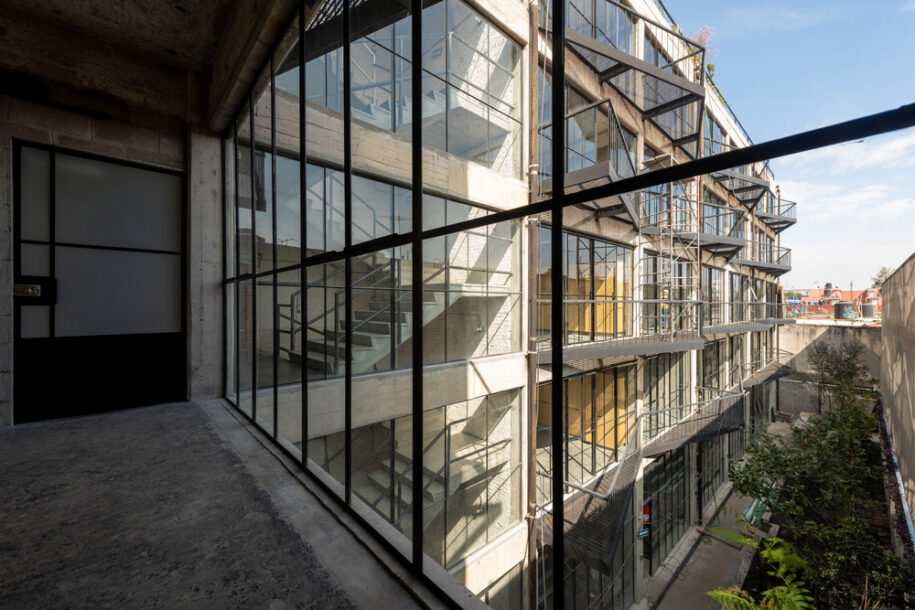 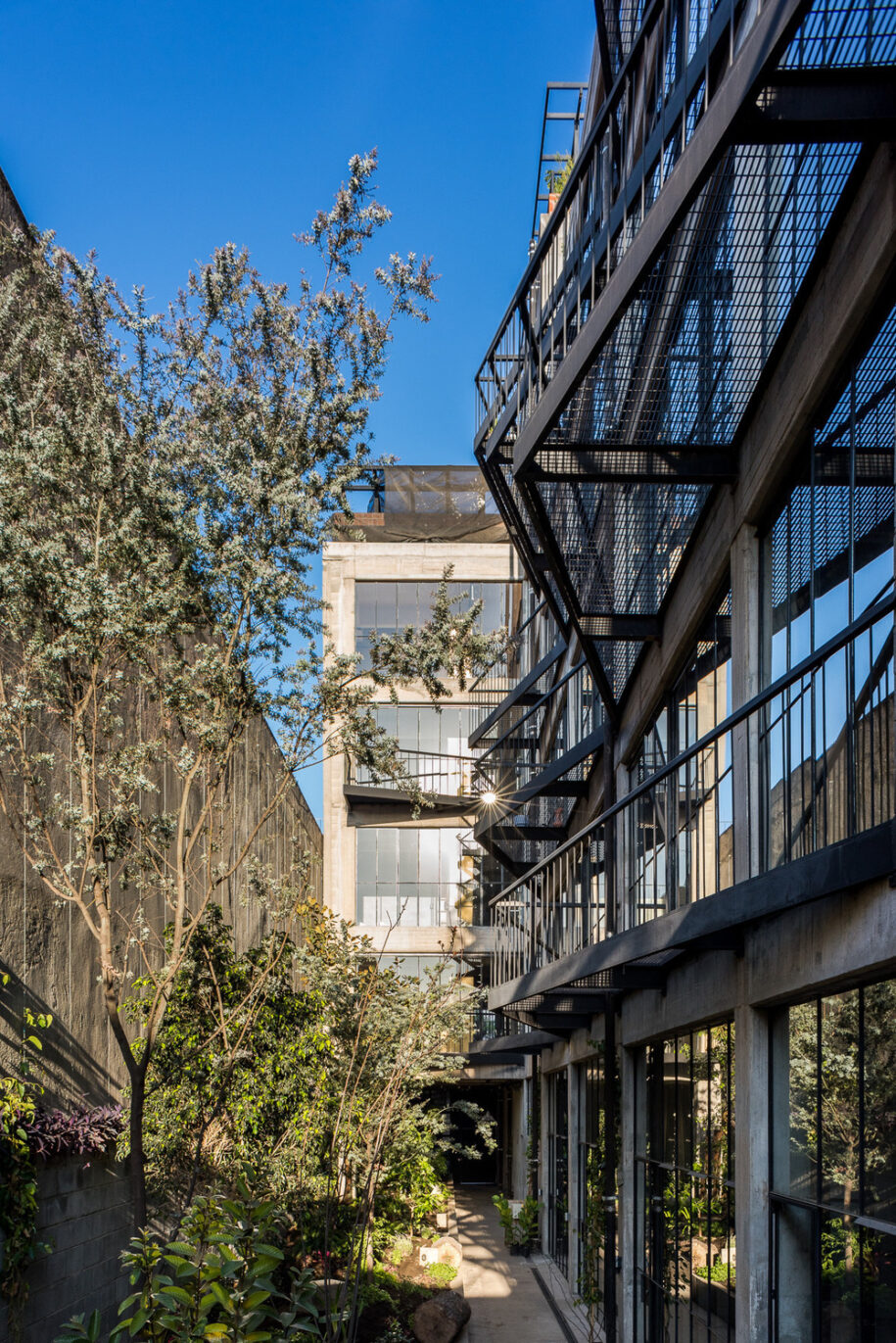 by MELINA ARVANITI-POLLATOUArchisearchhttps://www.archisearch.gr/wp-content/uploads/ONEXN-peak-tea-17-Fa%C3%A7ade-of-construction-%C2%A9-Chao-Zhang--370x700.jpg
INTERIORS 06MAY 2021

by MELINA ARVANITI-POLLATOUArchisearchhttps://www.archisearch.gr/wp-content/uploads/PROVIDENCIA-04-1-370x700.jpg
SHARE THIS PAGE
WITH YOUR FRIENDS