The new building of CTLES (Technical Centre for Books of Higher Education) by Paris-based studios Antonini + Darmon and RMDM is the extension to an existing building, designed by Dominique Perrault and is intended to archive documents from the libraries of universities and research centers in the Paris region, as well as from the French National Library.

The existing building of CTLES, designed by Dominique Perrault, imposes a strong identity on the site.
The logic of the layout and the architectural style constitute a harmonious and appropriate whole; the building’s sequences and the creation of the internal road give the site its structure.

Maintaining the consistency and integrity of the existing building, Antonini + Darmon and RMDM addition represents a natural extension, but detached to avoid distorting the original structure.


To ensure proper conservation of the archives, the easy flow of documents and ease for the user, the project relies on three major functional principles:
Two silo buildings to conserve the document collections, served by a central gallery with natural light, secured by an enveloping skin bringing together all the technical requirements on the periphery.

From the point of view of both implementation and architectural expression, the extension of Antonini + Darmon and RMDM works in continuity with Perrault’s building.

Taking metal as the sole material, the extension is covered in veined stainless steel; its brightness contrasts with the dullness of the original aluminum. 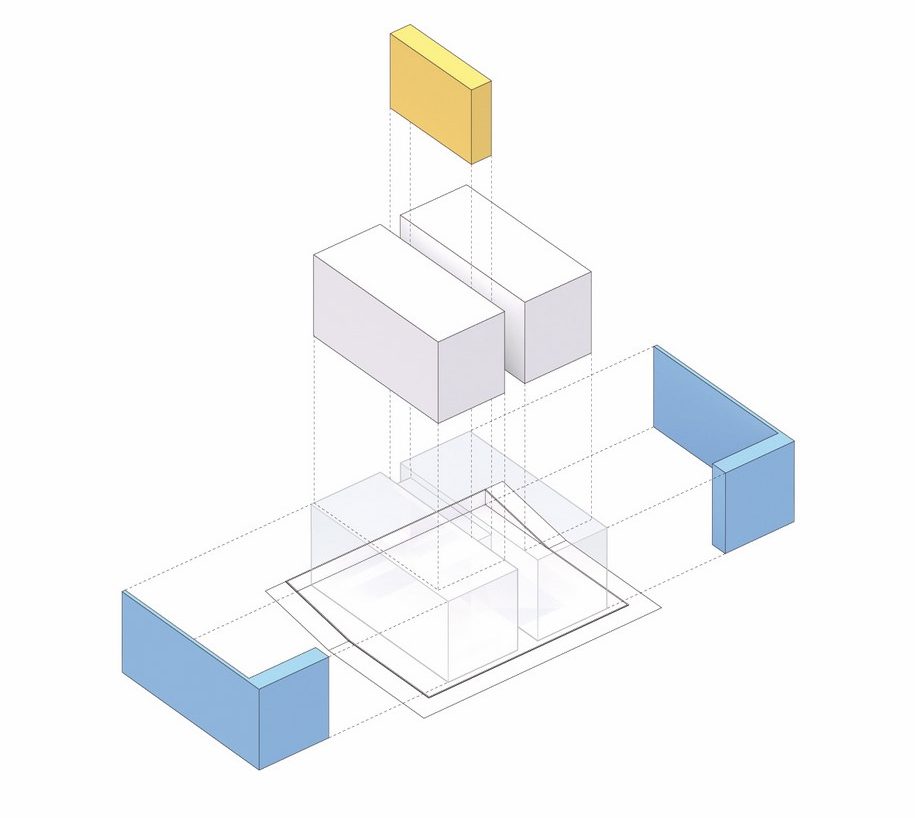 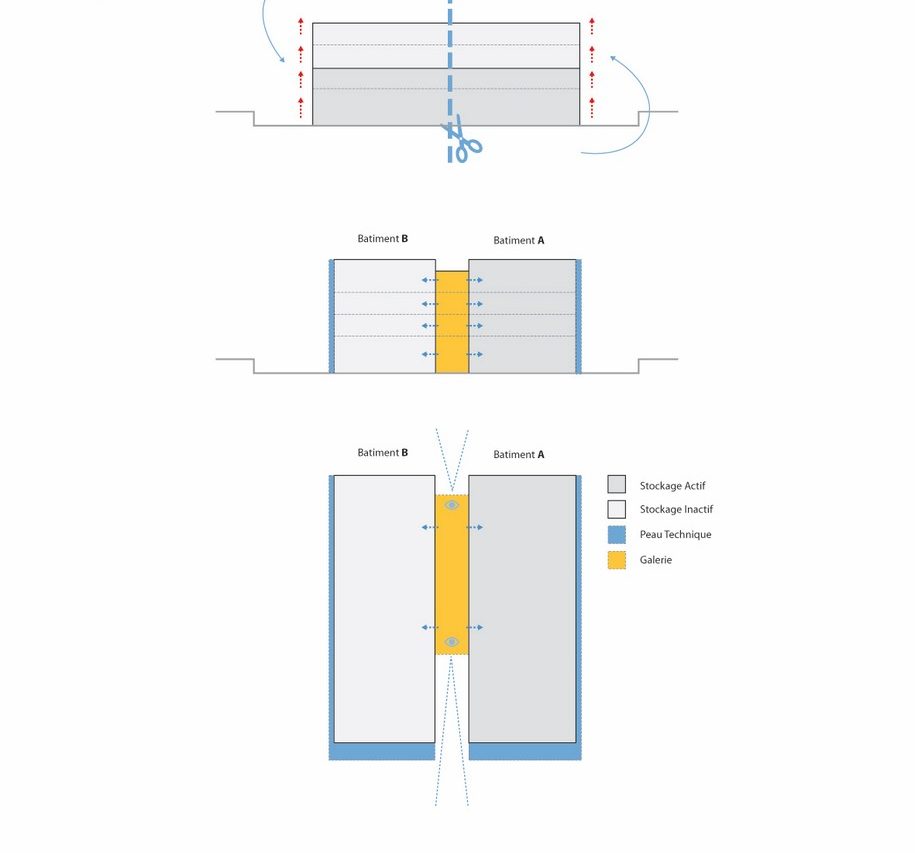 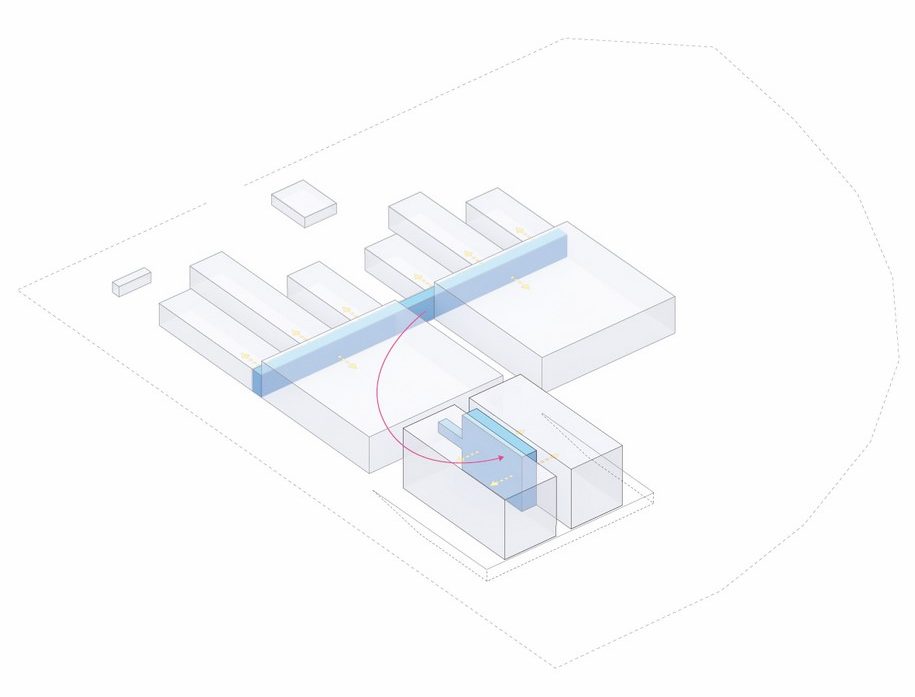 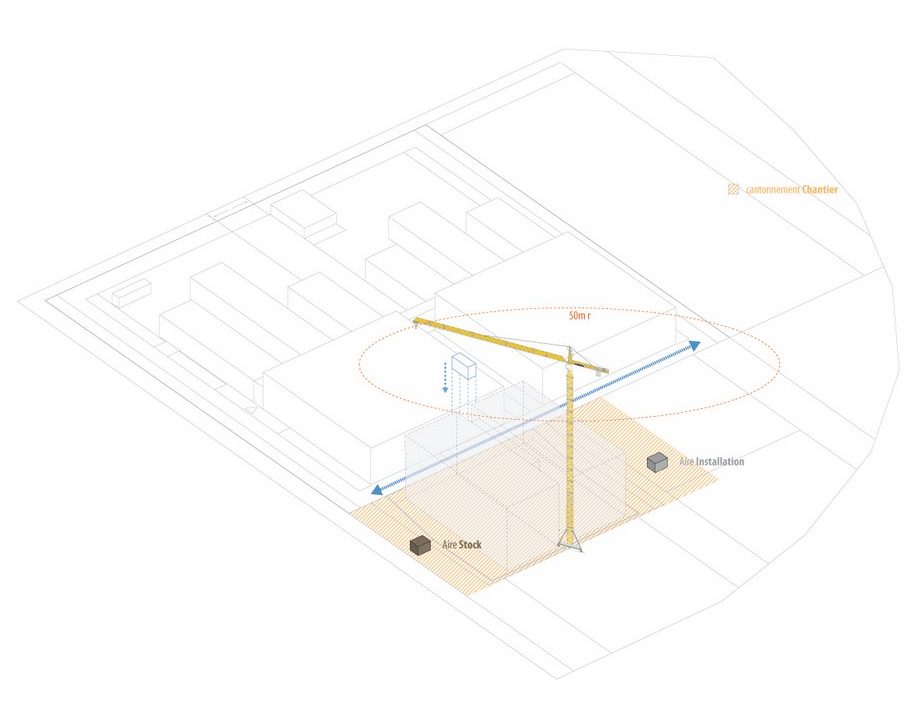