The Largo do Campo Lindo project by Pedro Vasco Ferreira Architecture Studio aimed at the renovation of a 19th century abandoned building, used for decades as multifamily housing and commerce, and its conversion to a single-family dwelling. The building is located at the intersection between Campo Lindo square and Igreja de Paranhos street, whose layout has medieval origins. 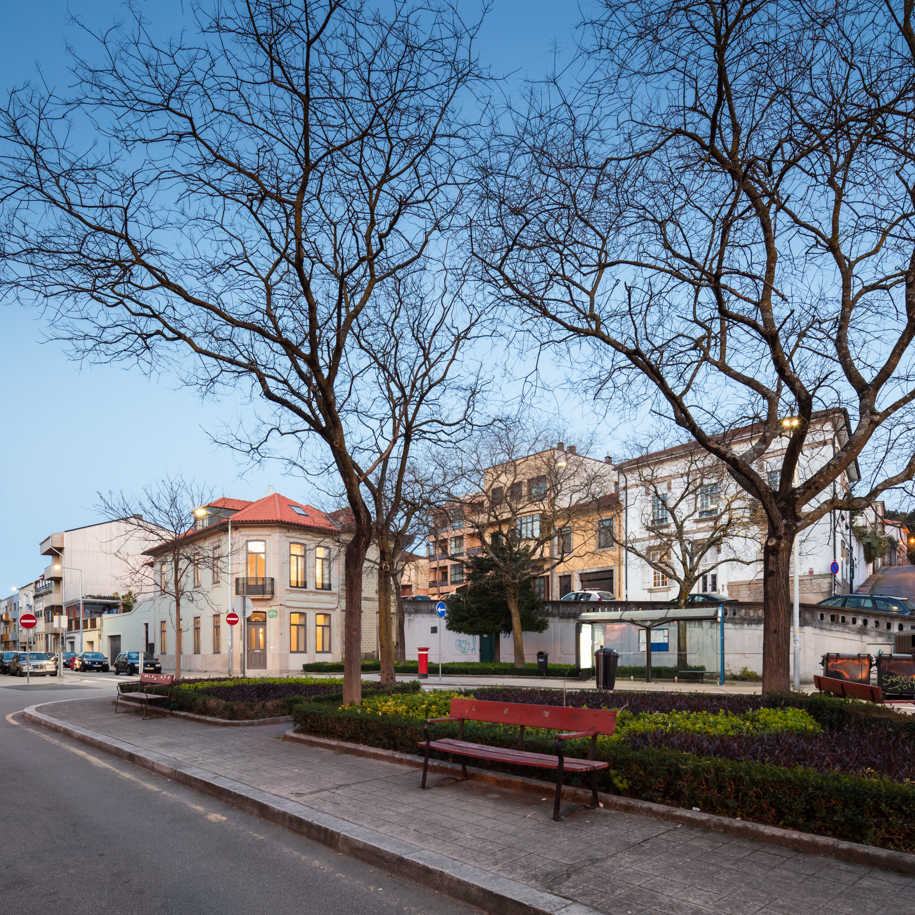 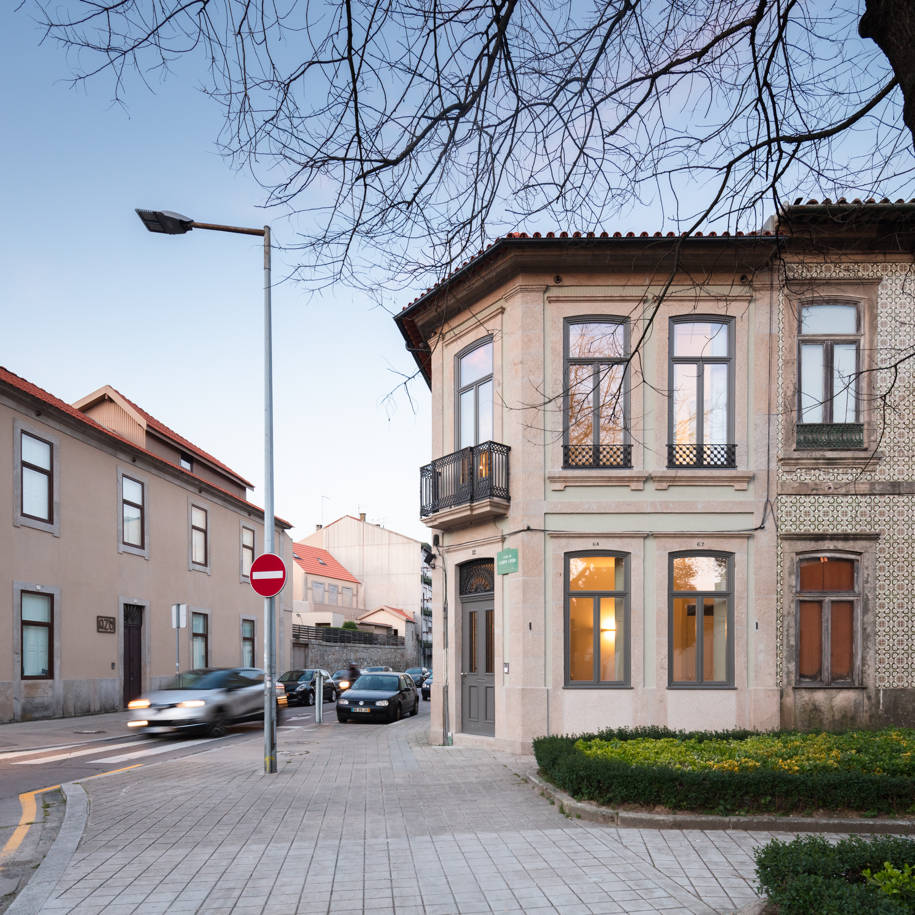 Despite the advanced state of degradation and adulteration, the house retained many features of the original construction (mid-19th century), namely the stone structural walls in granite masonry, wood beams, stucco ceilings, and pine wood floors. 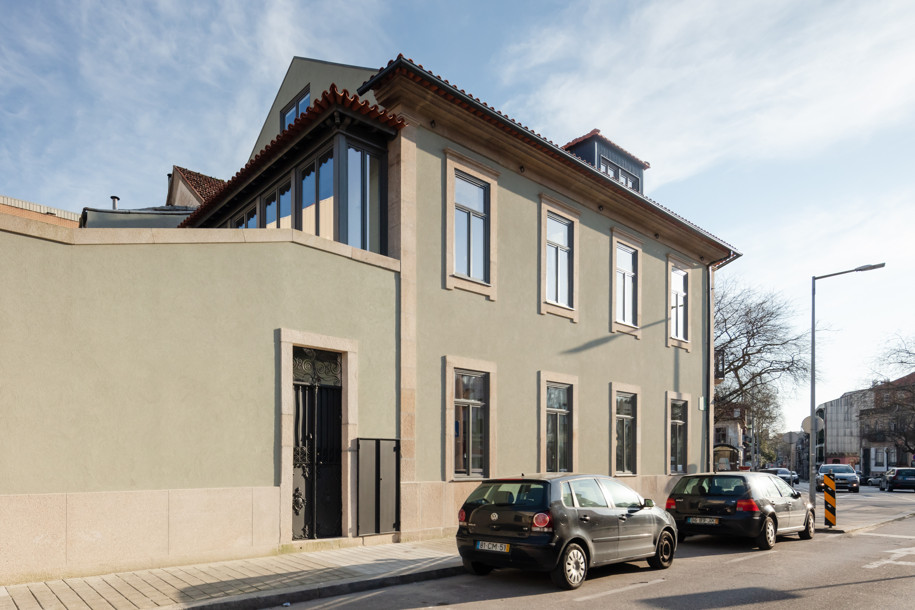 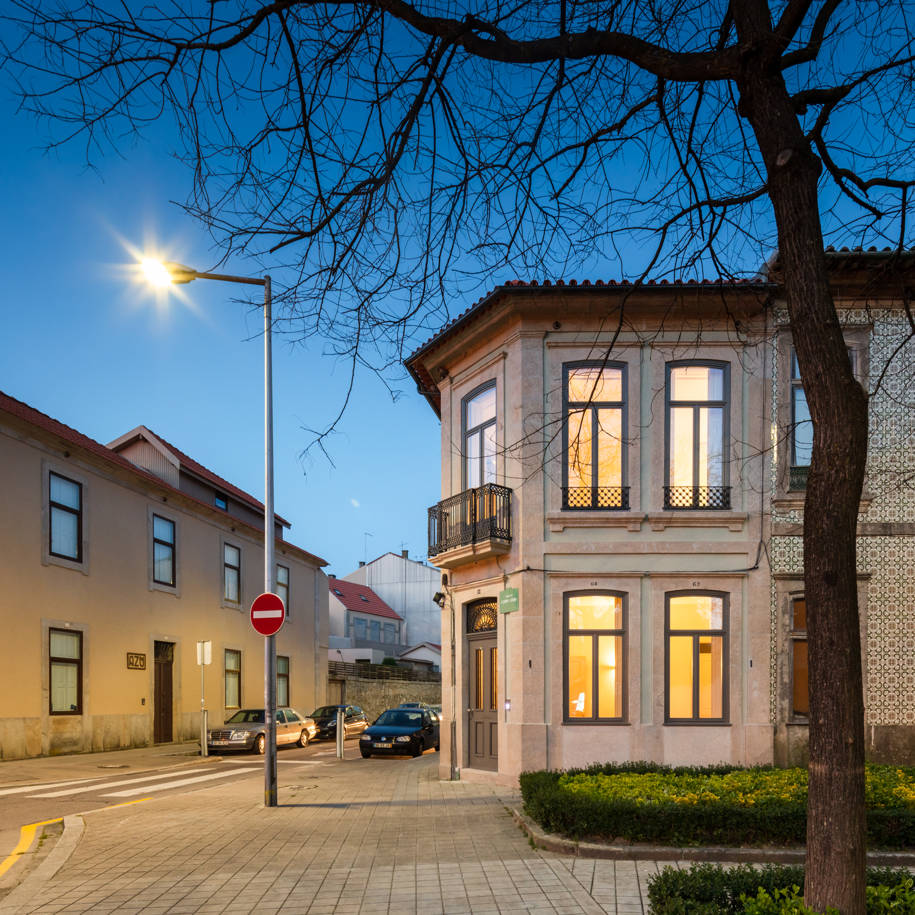 As a result of the use of both the ground floor (commerce) and the upper floors (rooms for students) the spaces and the constructive details done true the years irreversibly transformed the character of the preexistence. 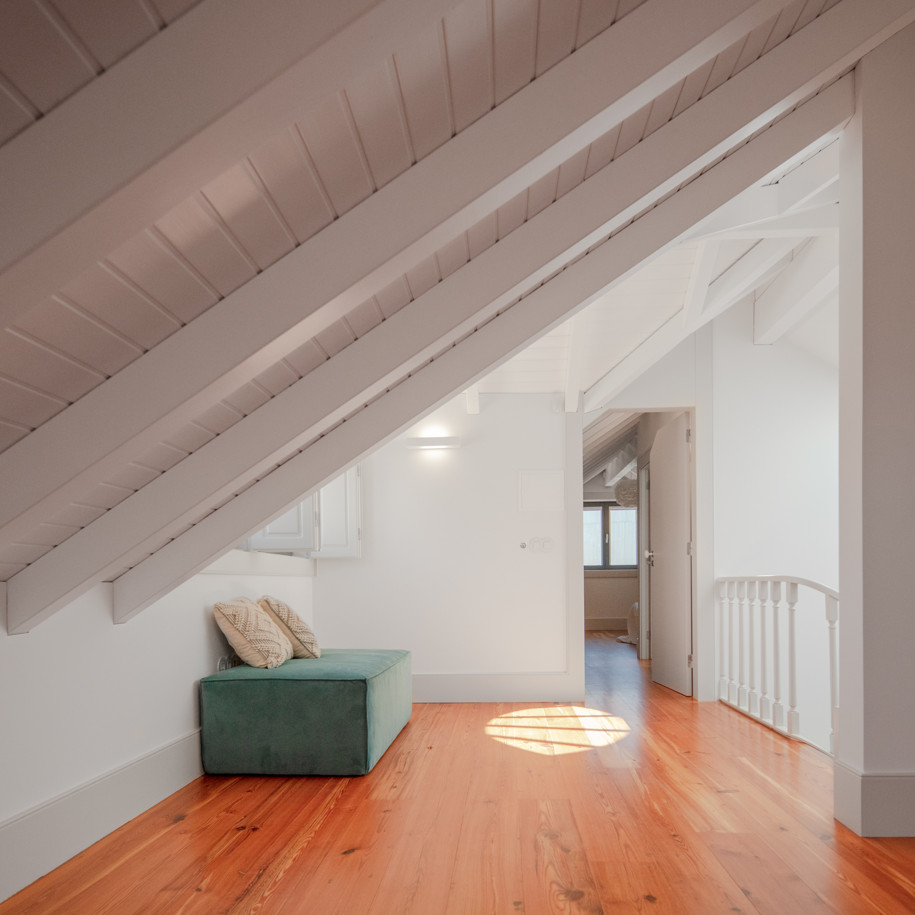 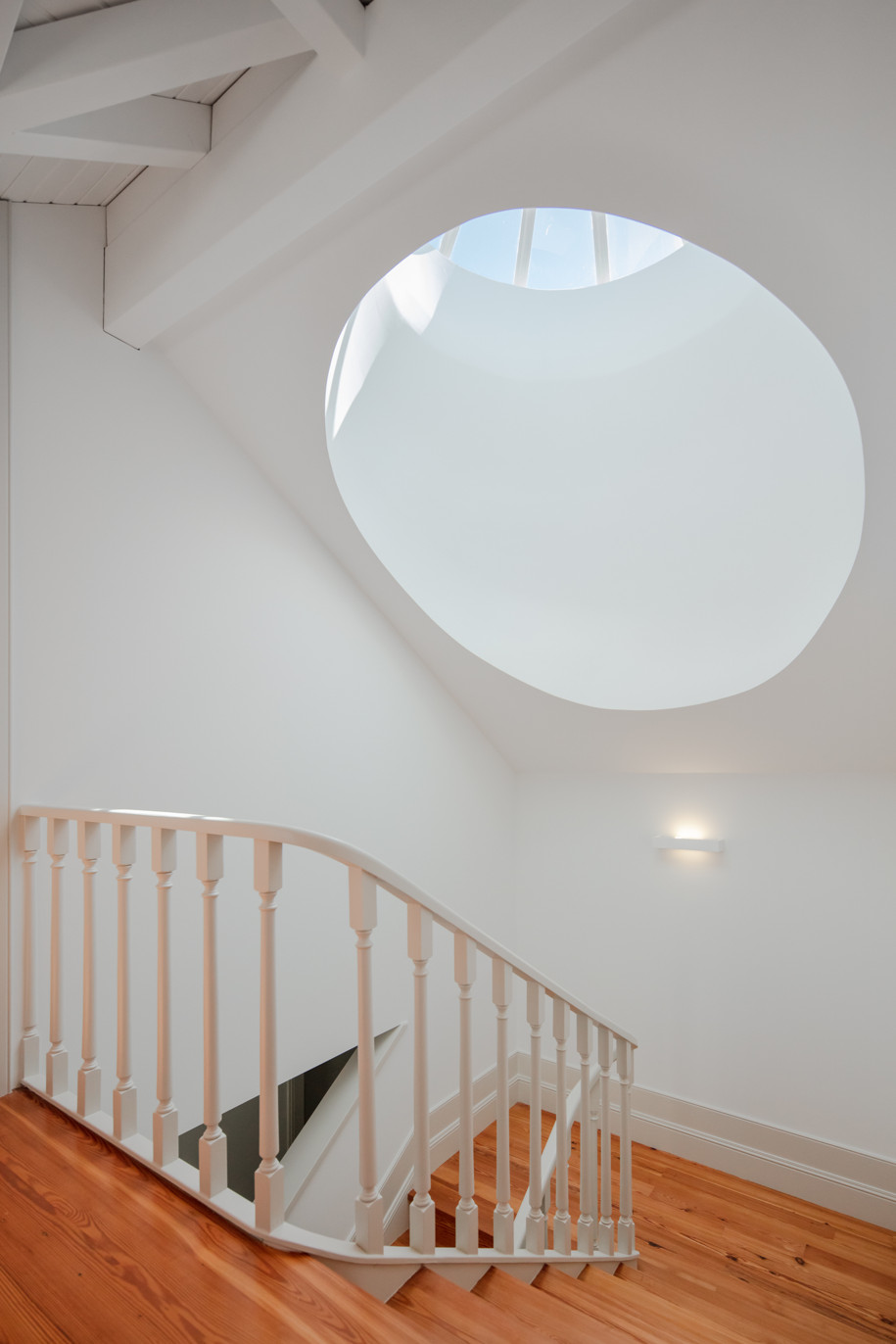 The intention of reconverting the building into a single family house forced an absolute restructure of the space, that culminated in a new interior organization, a new entrance and new location of the stairs. 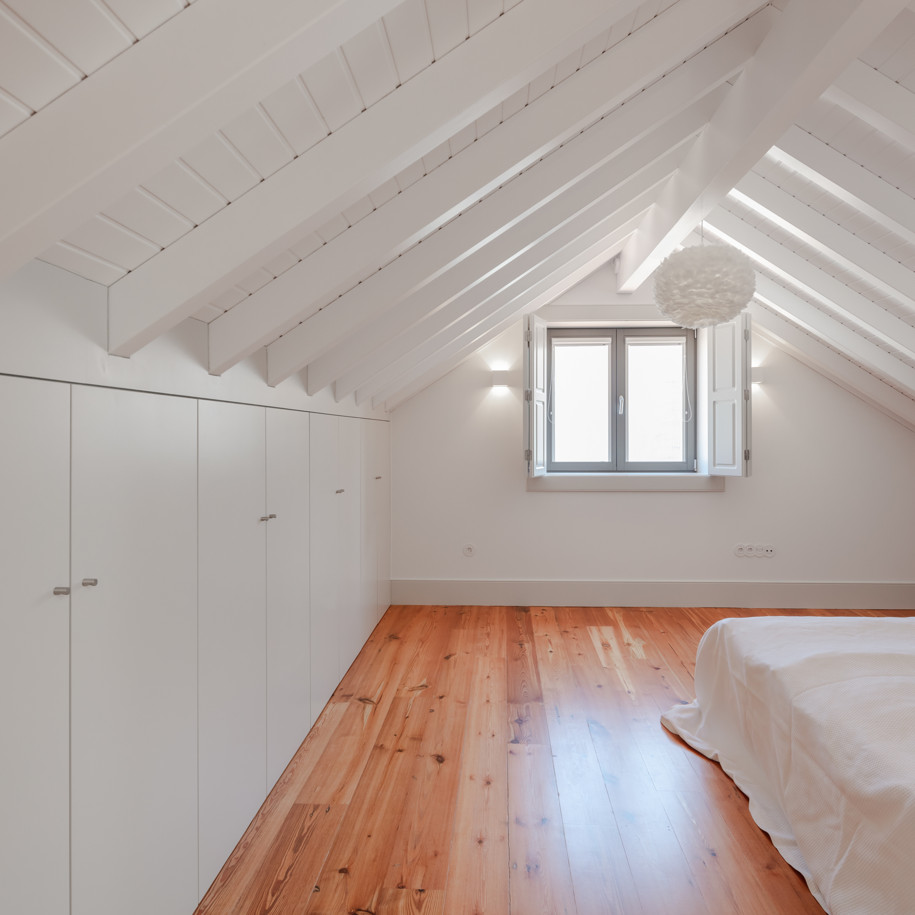 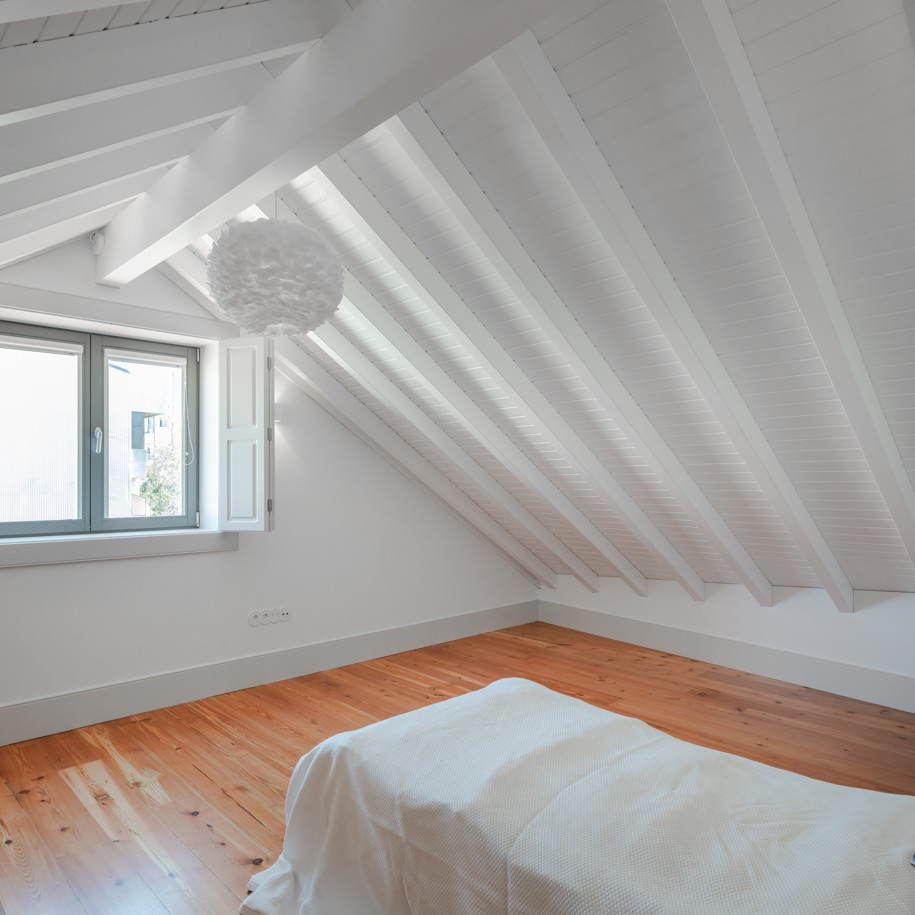 The result is a reinterpretation of the constructive and spatial solutions common at the time the house was originally built, rather than a reconstruction of the existing building. The new program organizes the social spaces (office, living room and kitchen) on the ground floor level, bedrooms on the first floor and children’s space on the attic. 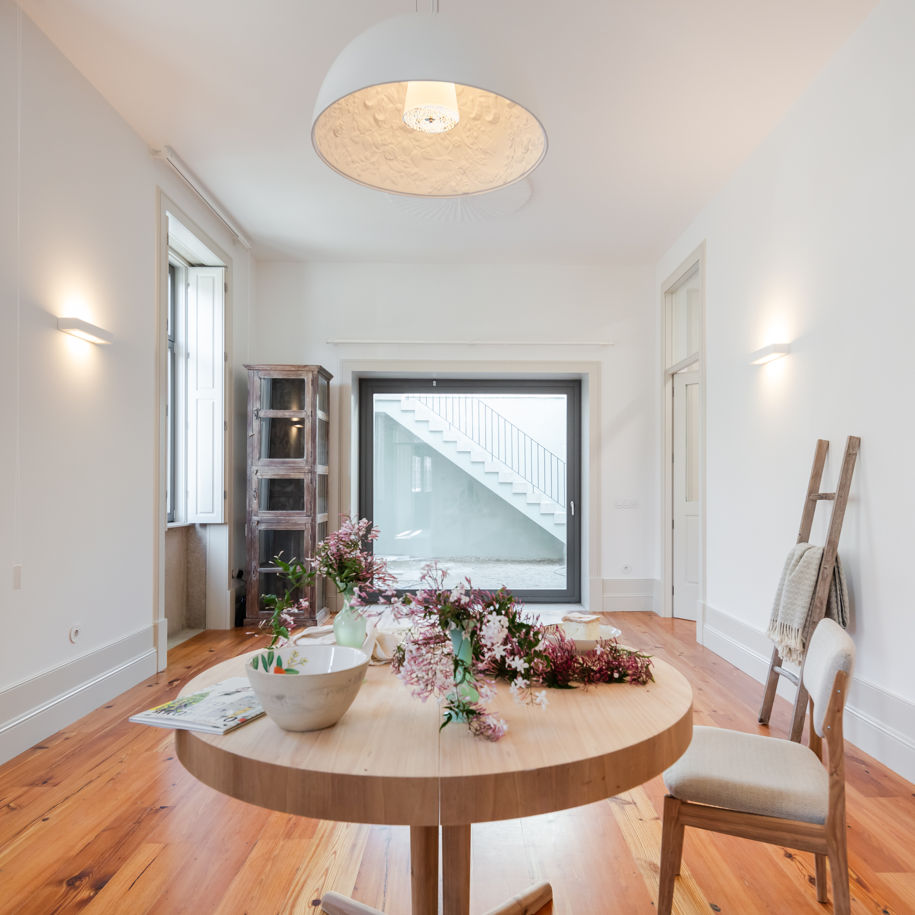 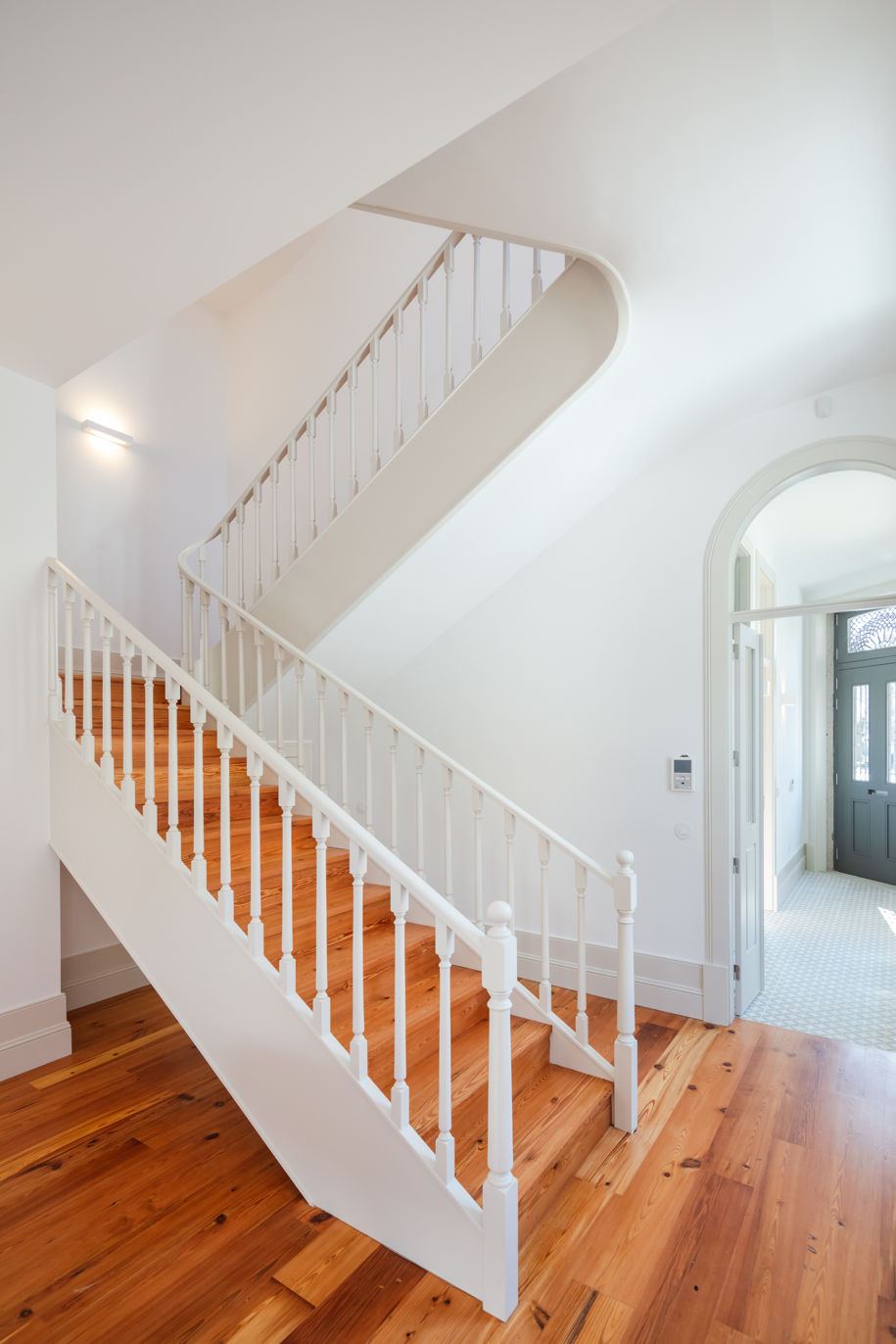 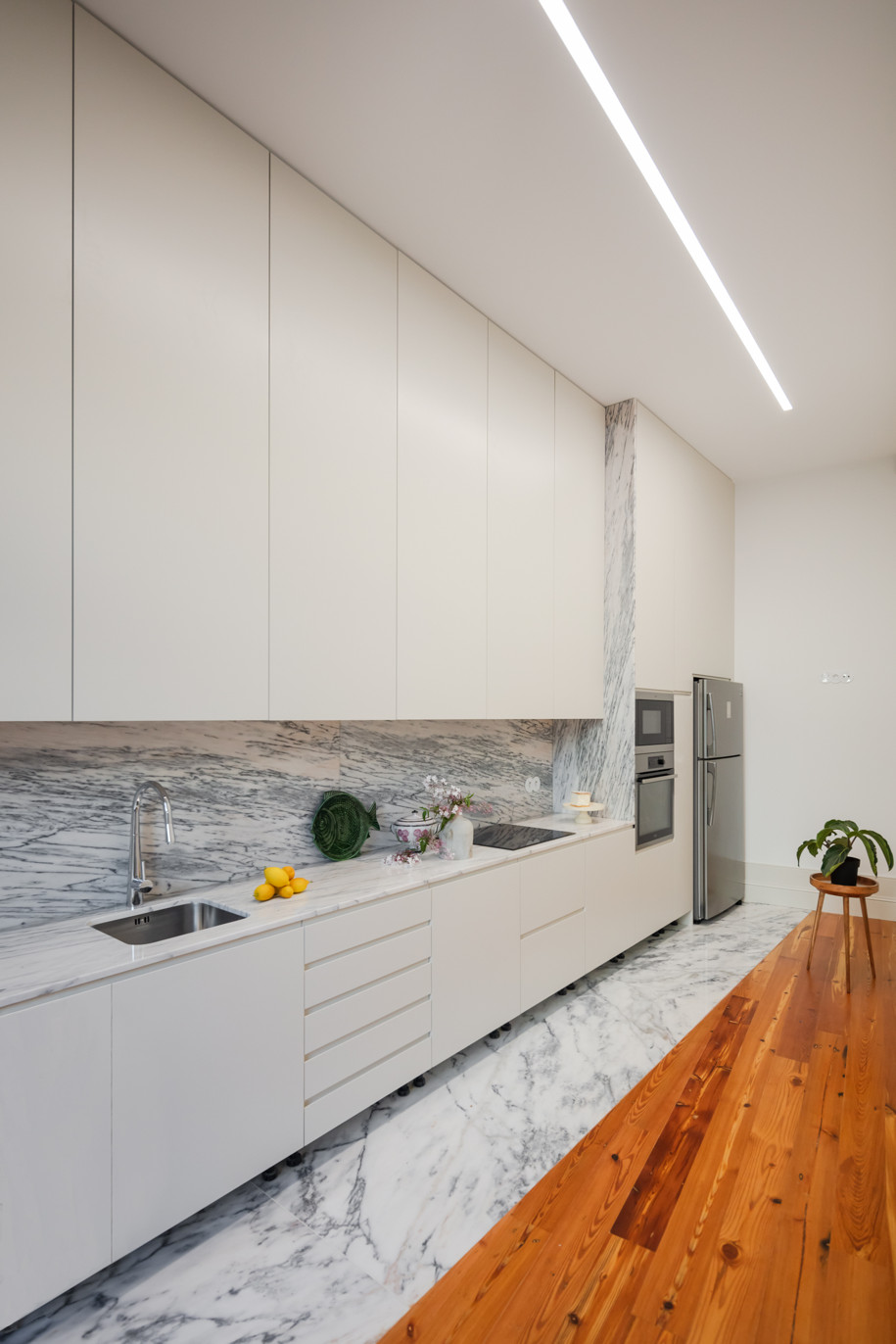 The most affirmative gesture of the whole project materialized in the creation of the garage (North) that implied in the excavation of a terraced that originally made the outer connection between the ground and the first floor. This change made possible the increase of a small existing patio and its conversion into a street that articulates the house and the garage. 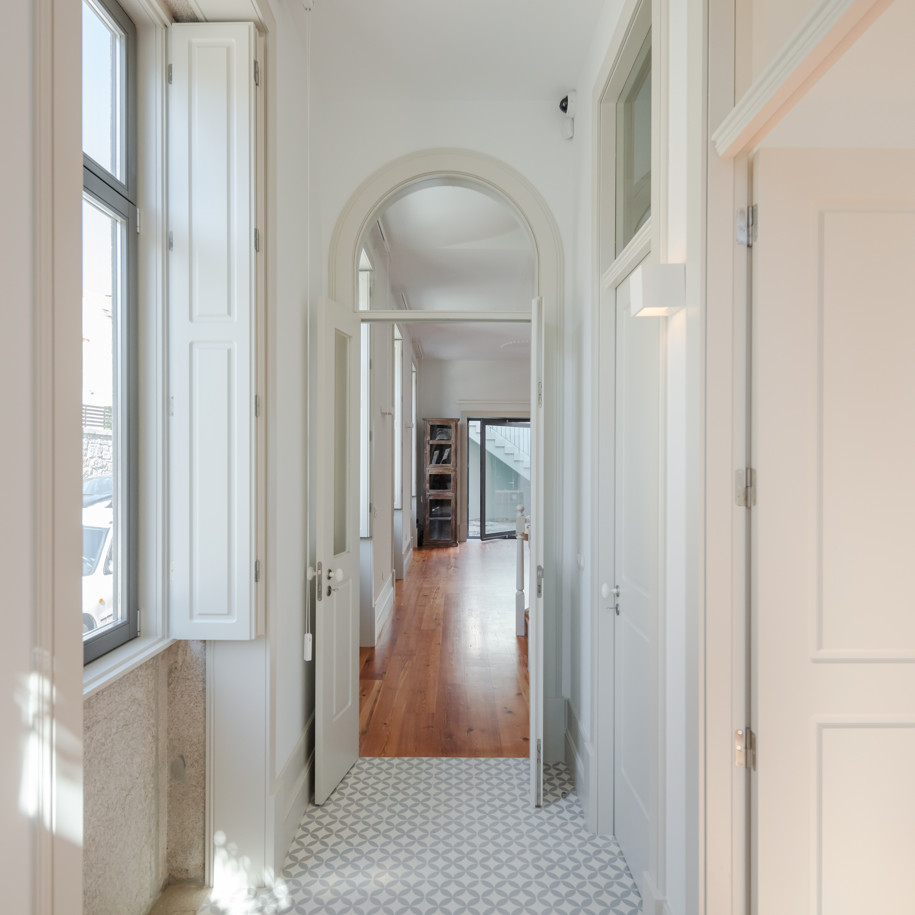 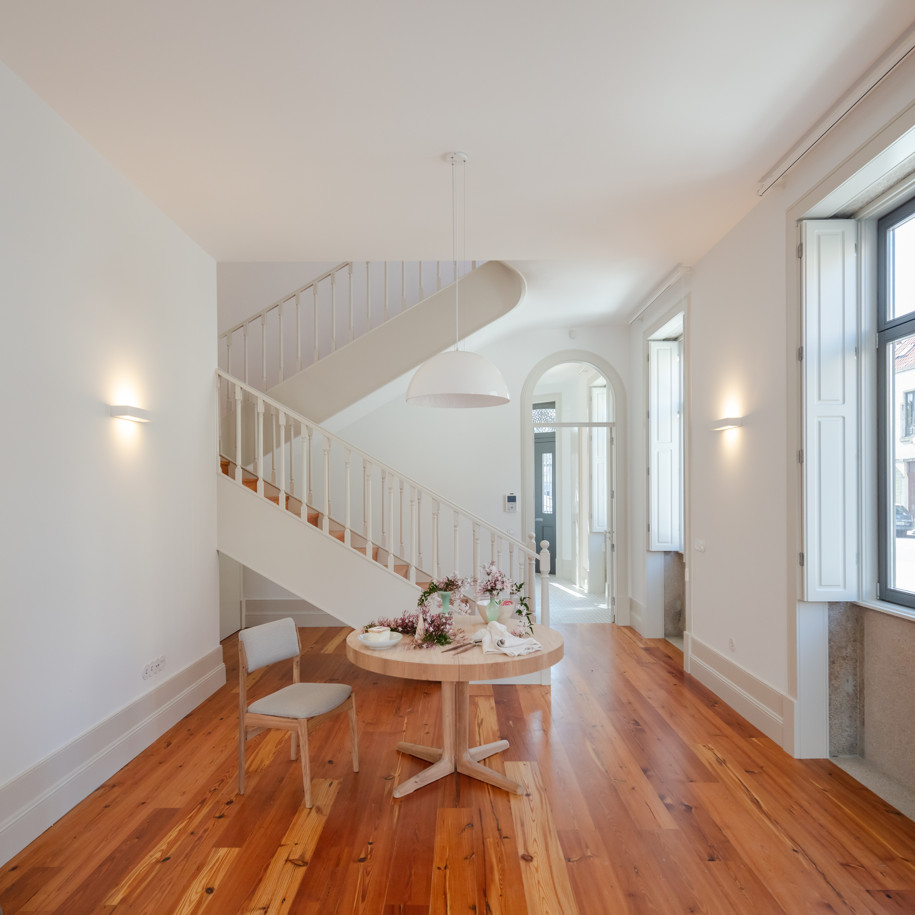 All the finishing details, materials, carpentry details, as well as the structural and constructive solutions, are reinterpretations of the original solutions still visible at the time of our first visit to the site. 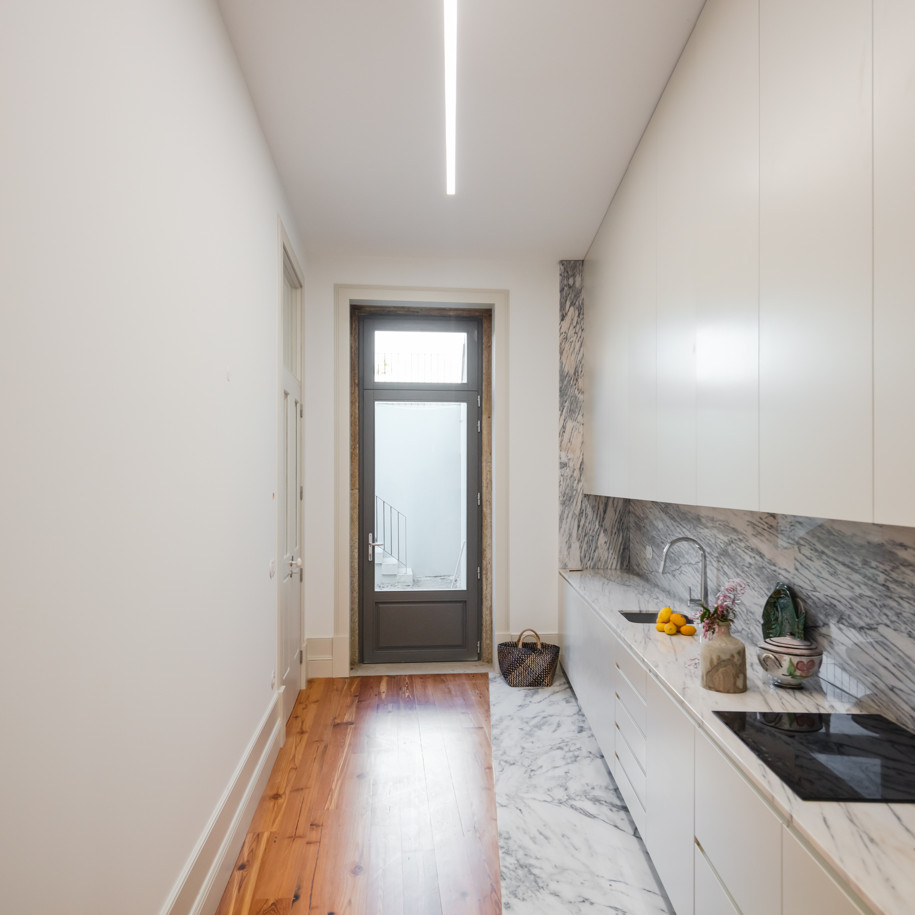 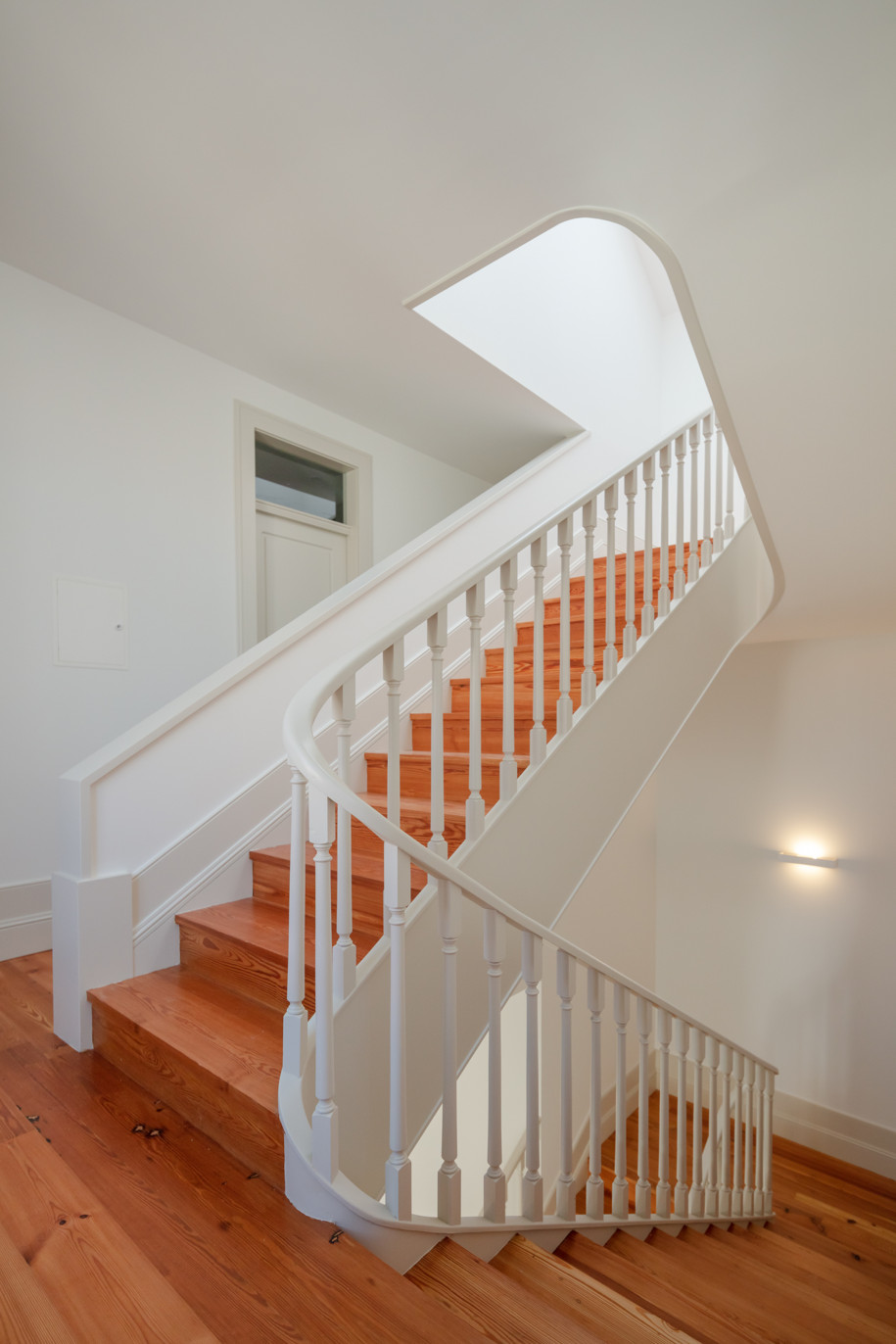 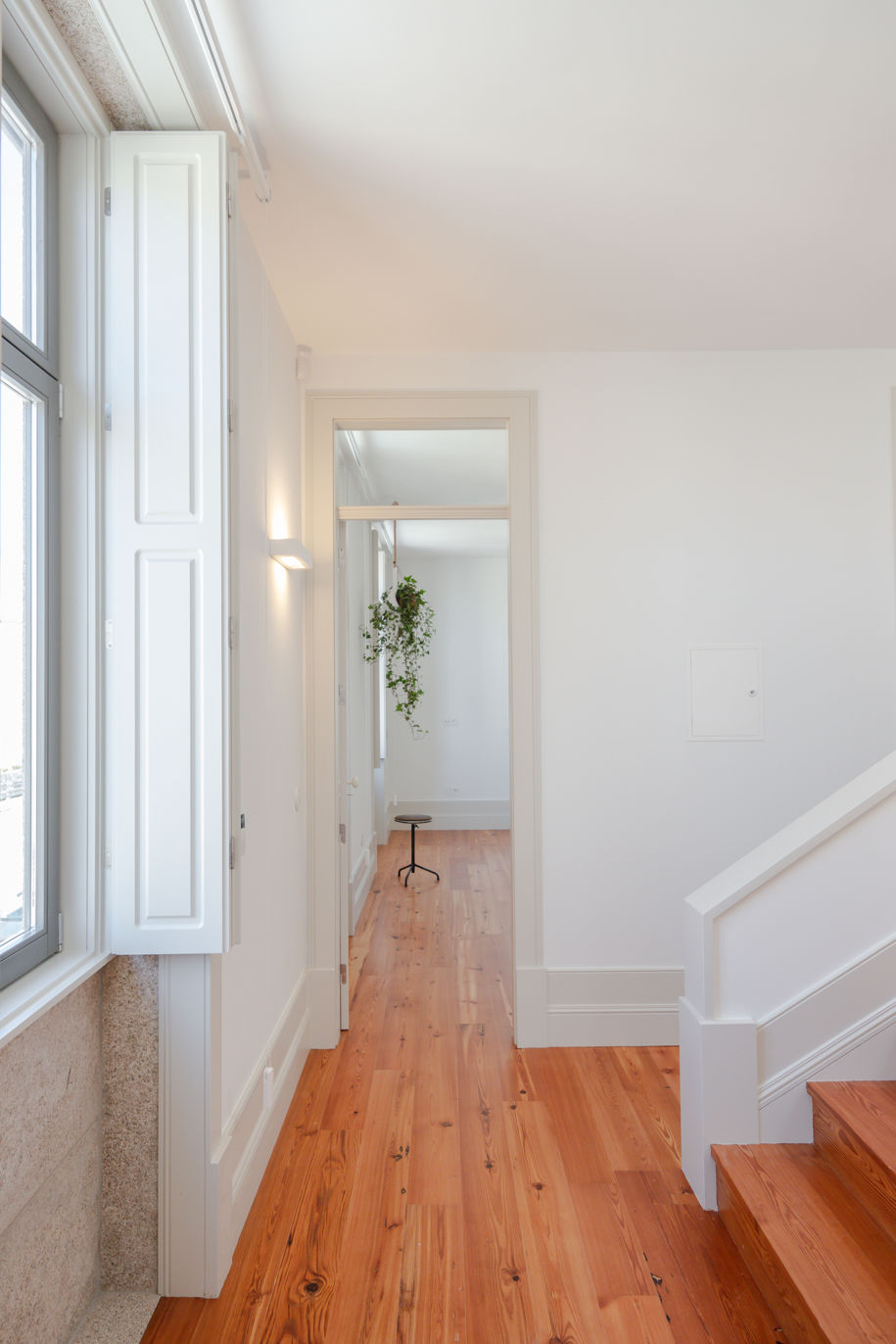 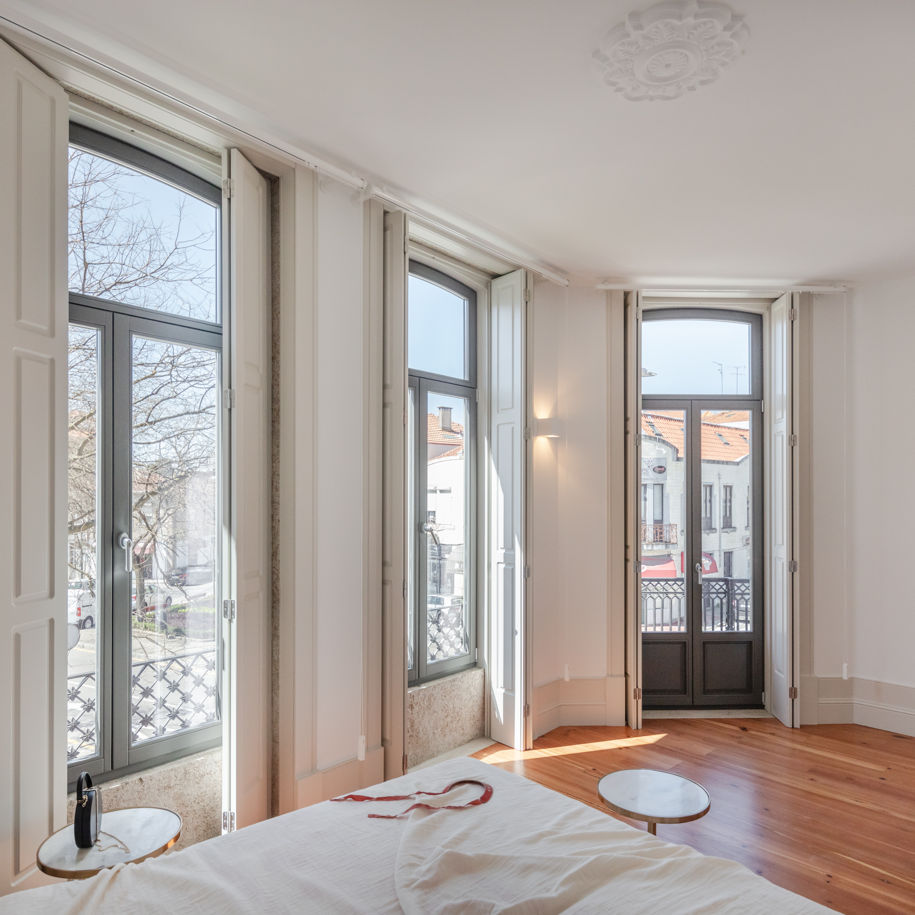 The proposal is taken as a pragmatic response to the demands of the program, where pre-existence served as a guide to a dialogue between the different temporal spaces: past and present. Set in simple principle, re-inhabit, respecting the character and concept of the building. 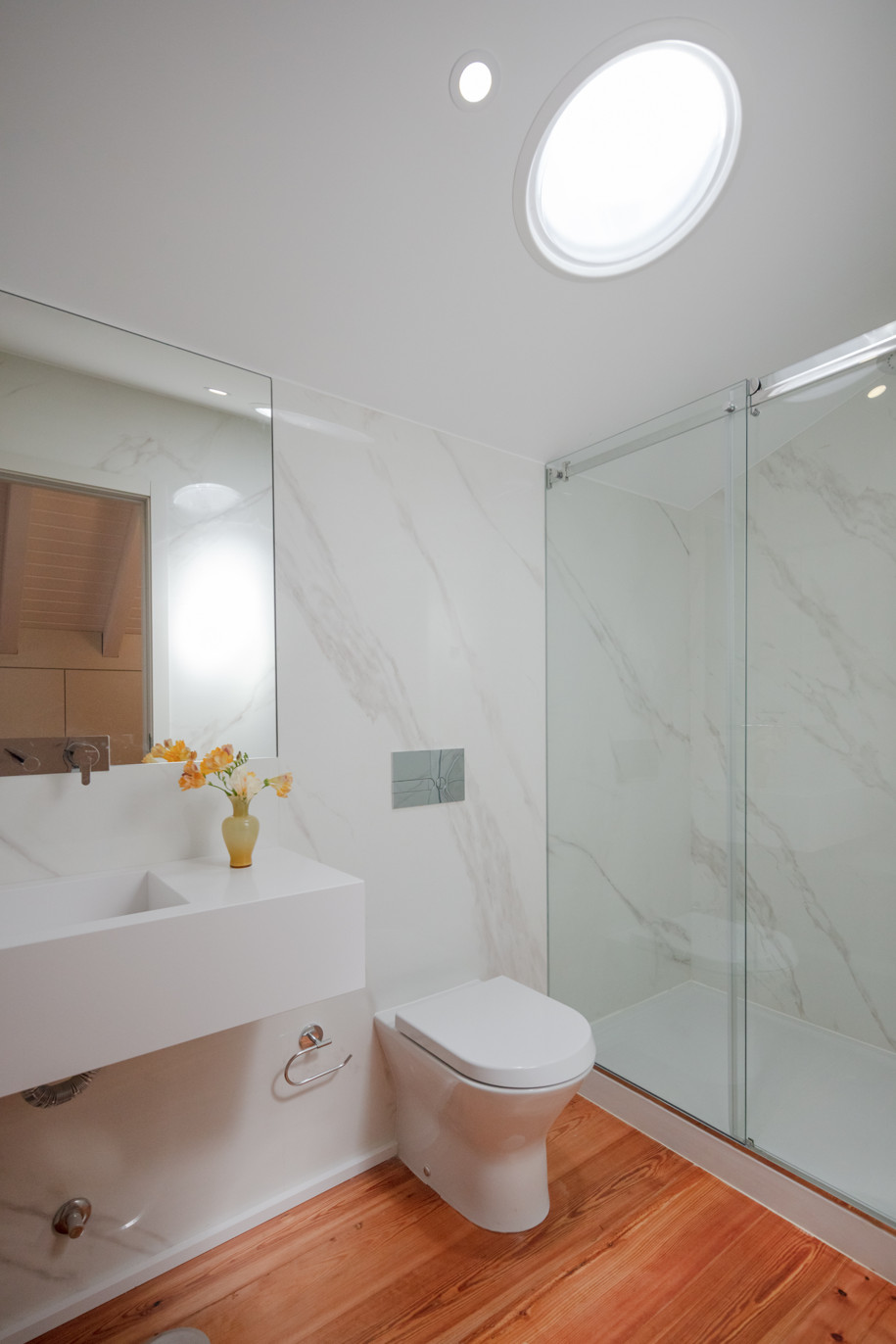 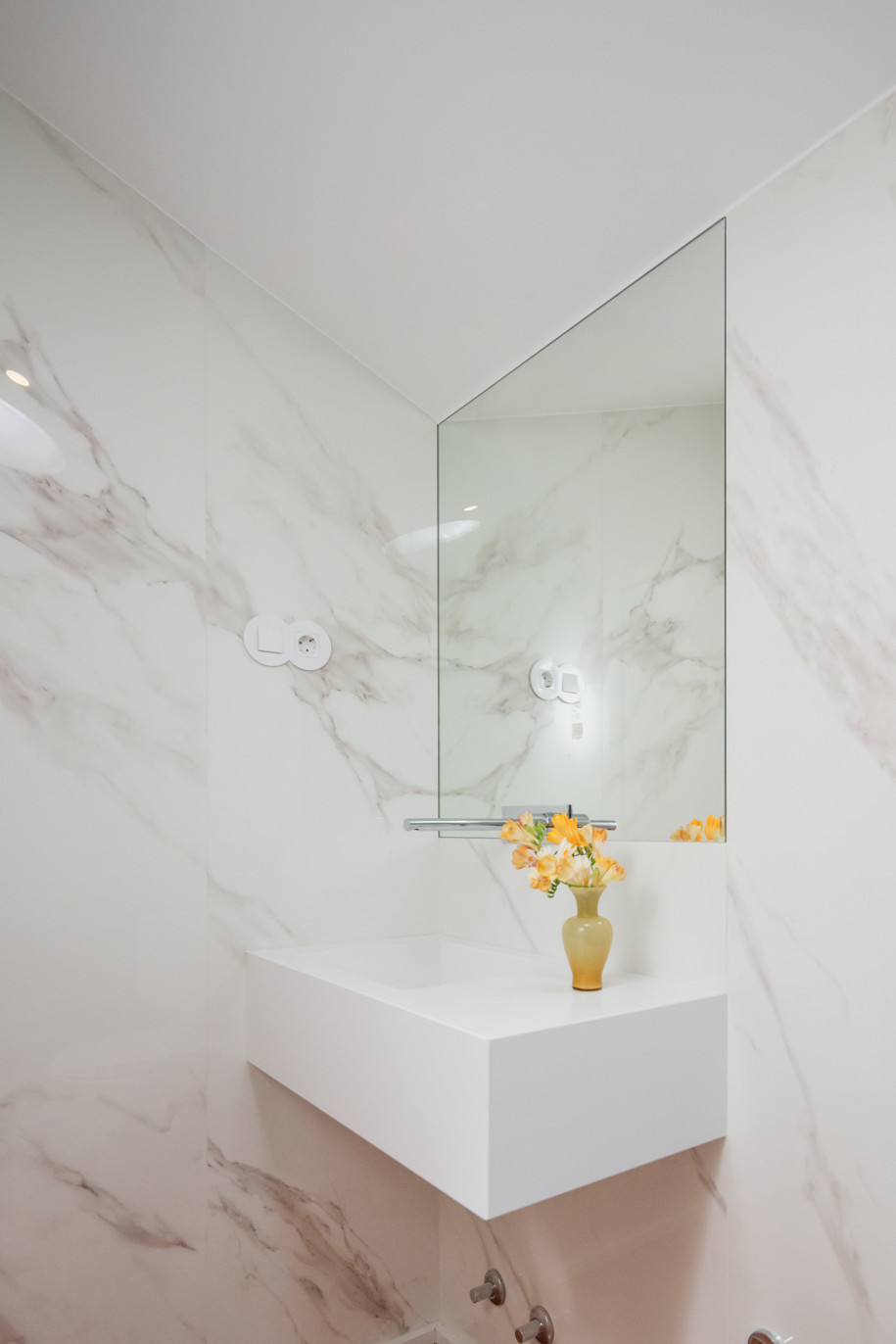 It was intended that our passage through the building should be diluted among all the interventions it has suffered, abandoning the assumption of authoritative or modern claim to design. 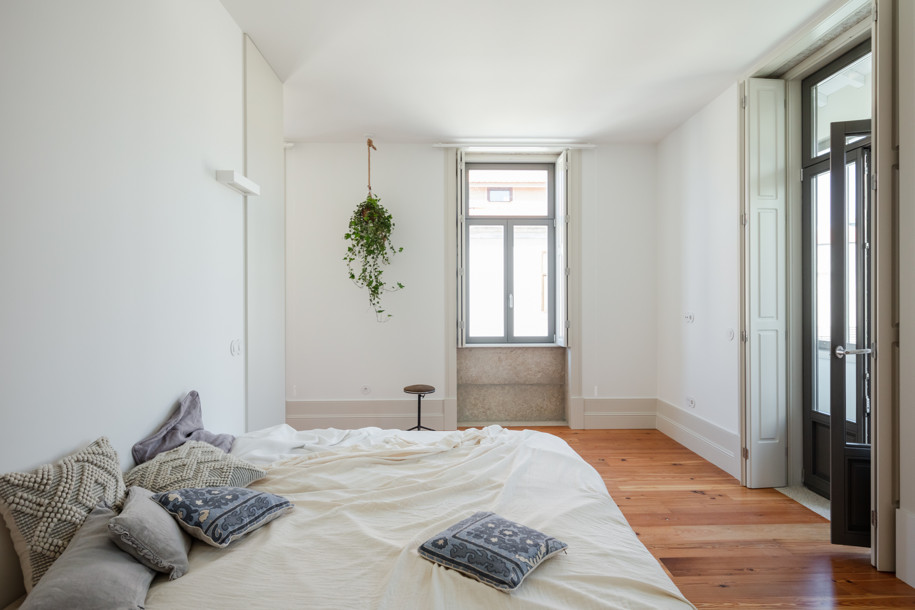 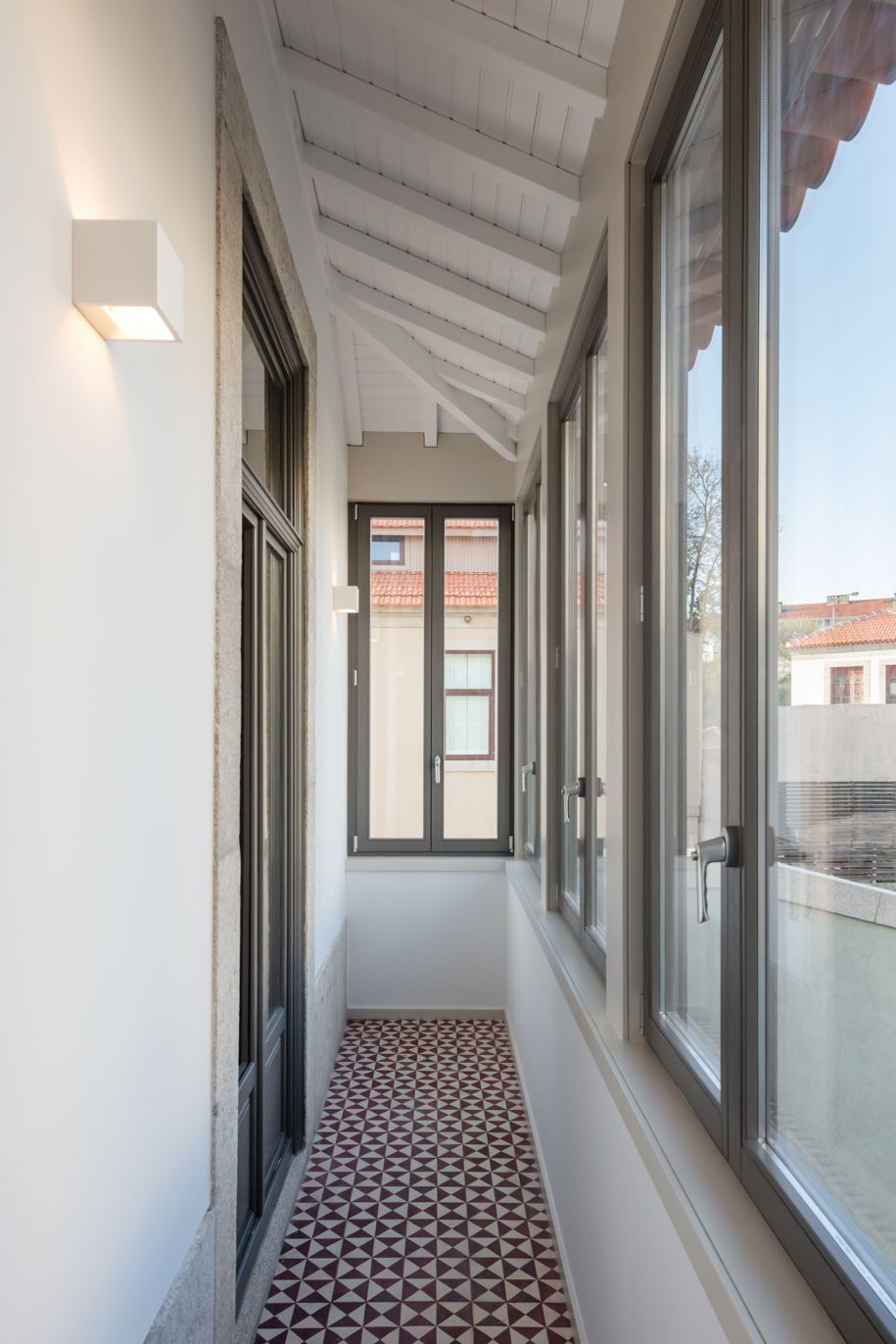 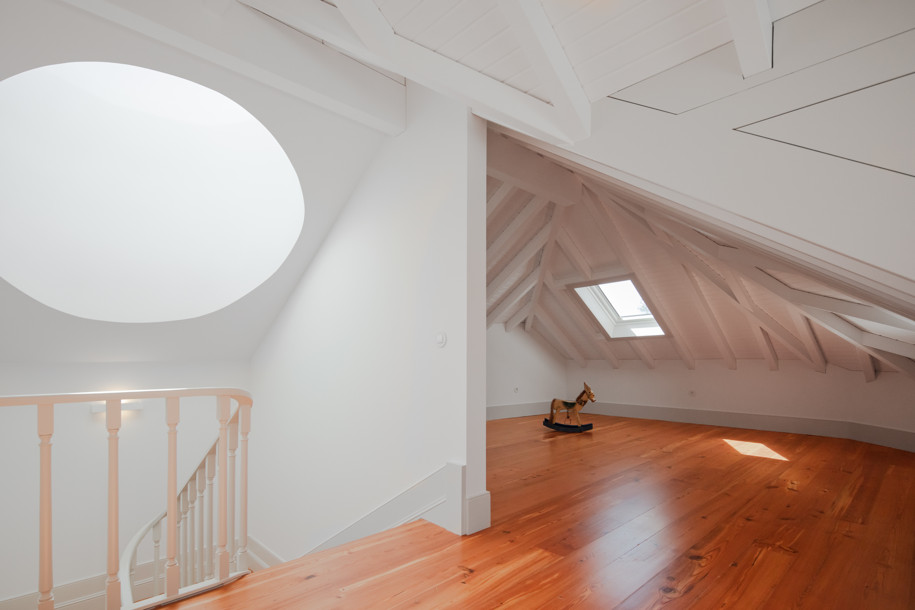 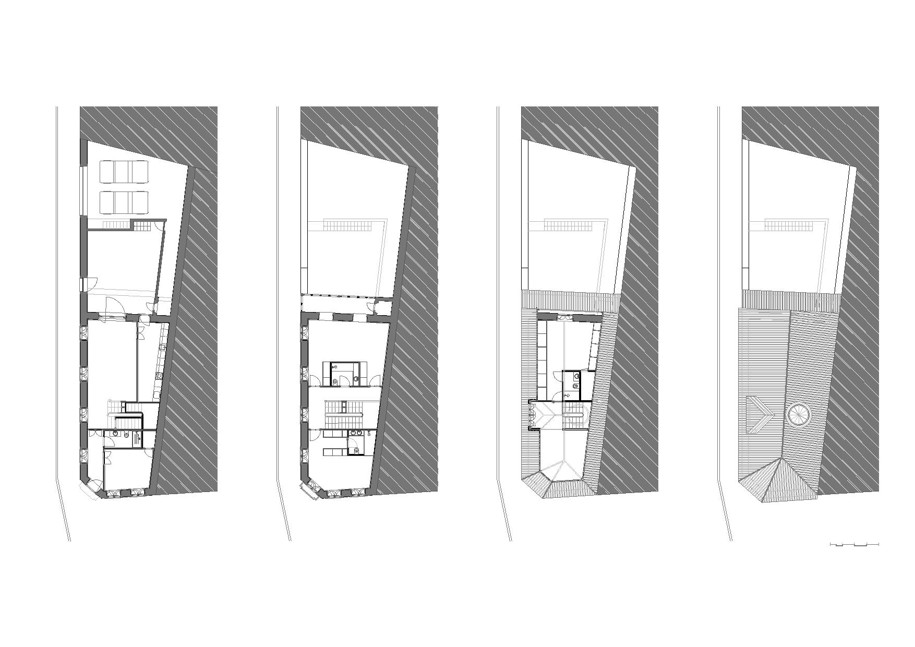 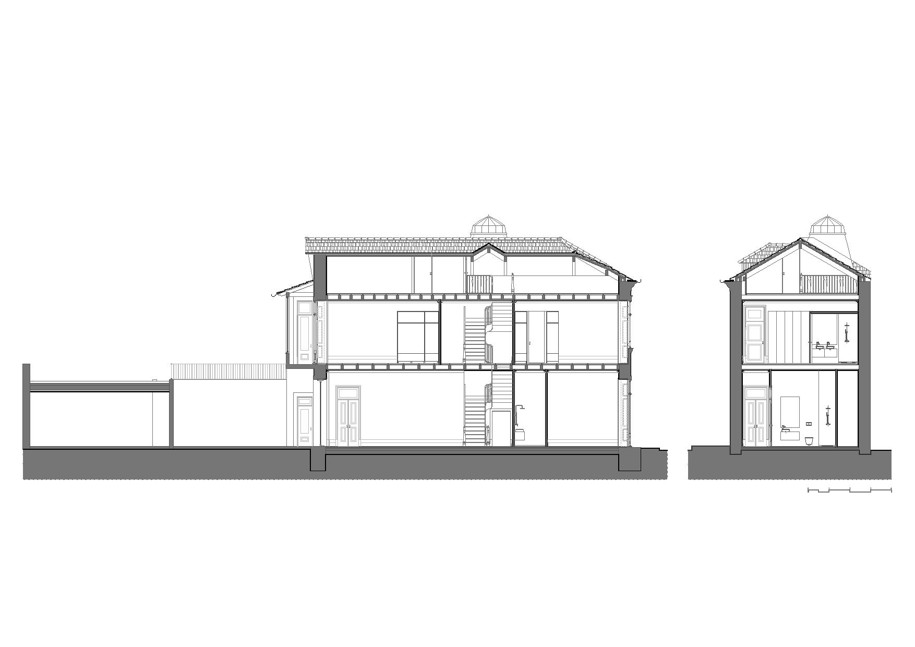 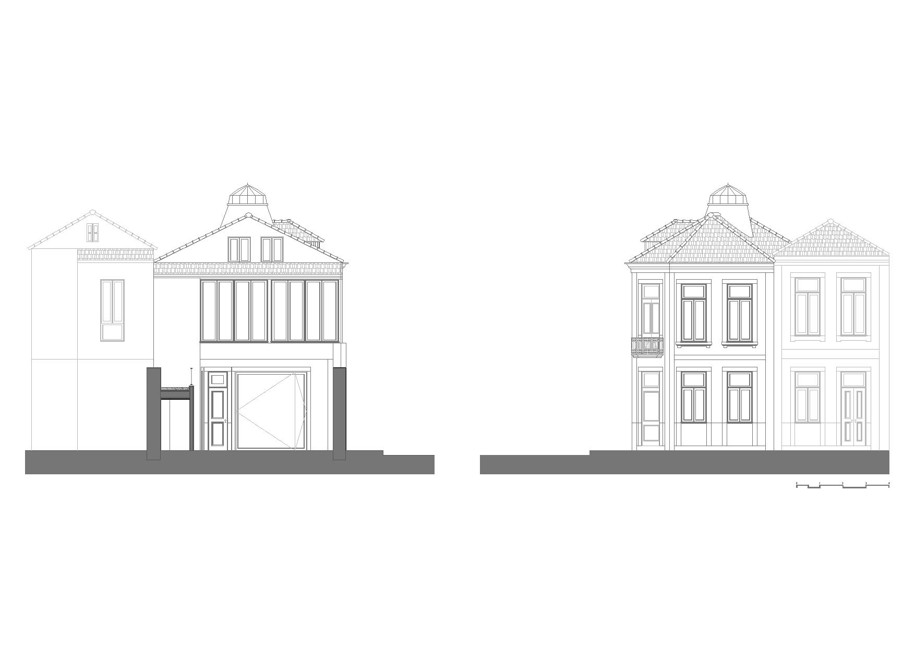 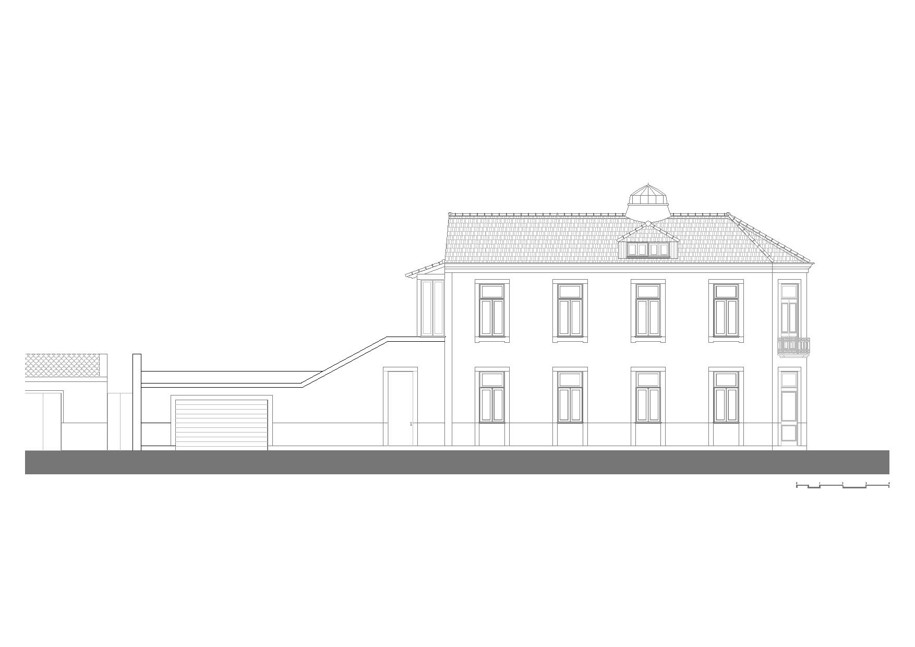 KAUNAS V-PLAZA: a pioneering urban development in Lithuania by 3Deluxe

by ELPIDA ROIDOUArchisearchhttps://www.archisearch.gr/wp-content/uploads/lighting-awards-2020-cover-370x600.jpg
SHARE THIS PAGE
WITH YOUR FRIENDS