The award-winning restaurant Noma worked with BIG-Bjarke Ingels Group to create its new home as a restaurant village just outside of Copenhagen’s city center in Denmark.

Since opening, noma has been at the forefront of gastronomy and creativity. The restaurant, recognized four times as best in the world by the World’s 50 Best Restaurants, last year closed its doors to the 16th-century harborside warehouse that had been its home for fourteen years. After over three years of planning, noma’s new home reopened in February this year in a space developed and built in partnership with BIG. 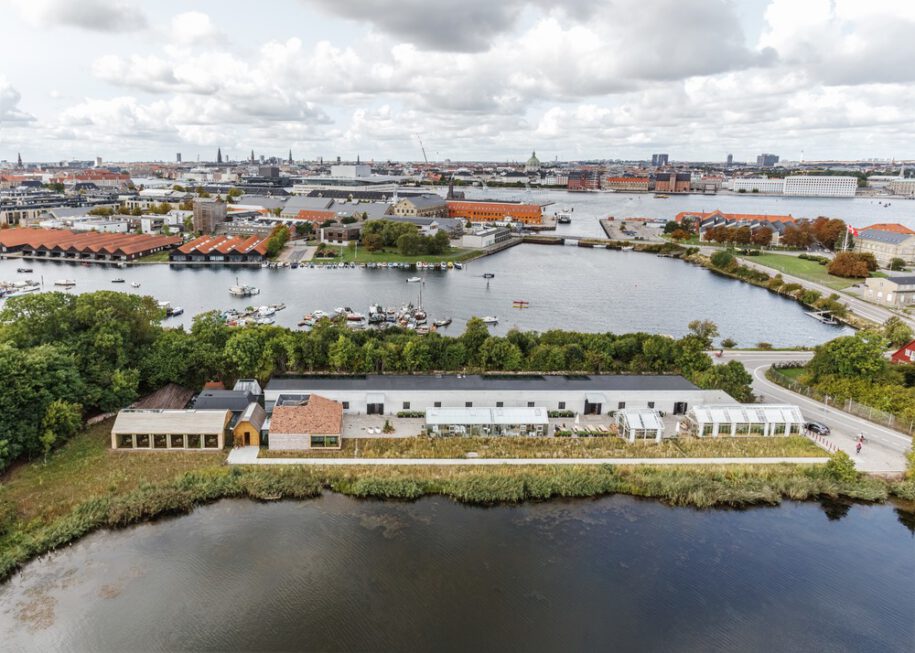 Situated between two lakes and within the community of Christiania, the new restaurant is built on the site of a protected ex-military warehouse once used to store mines for the Royal Danish Navy. Imagined as an intimate garden village, guests are welcomed to experience a new menu and philosophy that will redefine noma for years to come. 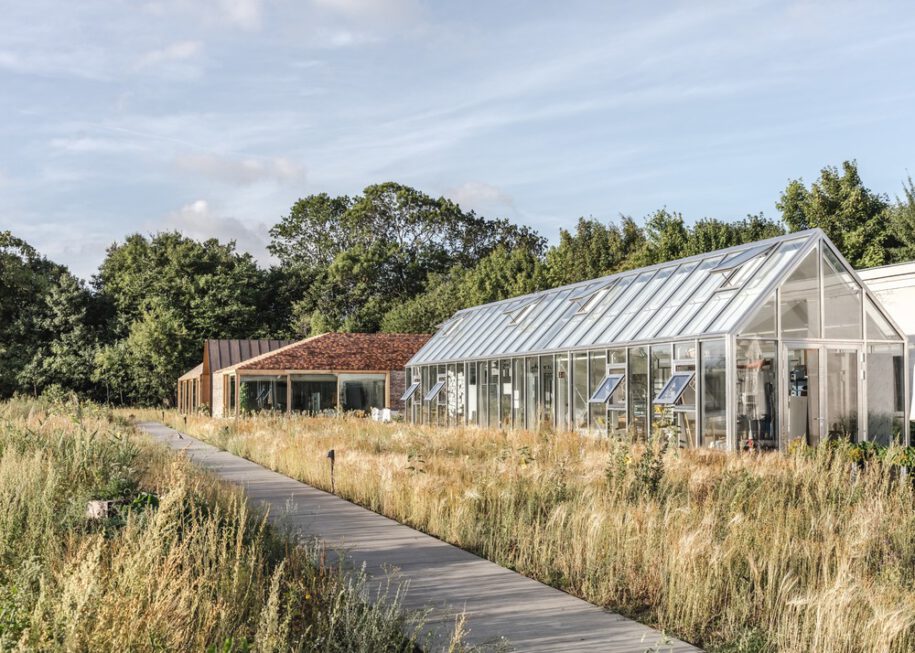 “When we found the location for the new noma, we knew we had to come up with an architectural solution, which made sense for our guests, the team and also the surroundings”, said Peter Kreiner, Chief Executive Officer, noma. “I believe that what Bjarke Ingels and the BIG team came up with is the ideal non-pretentious solution that we will enjoy calling our home for years to come. To say that we are thrilled with the end result would be an understatement.” 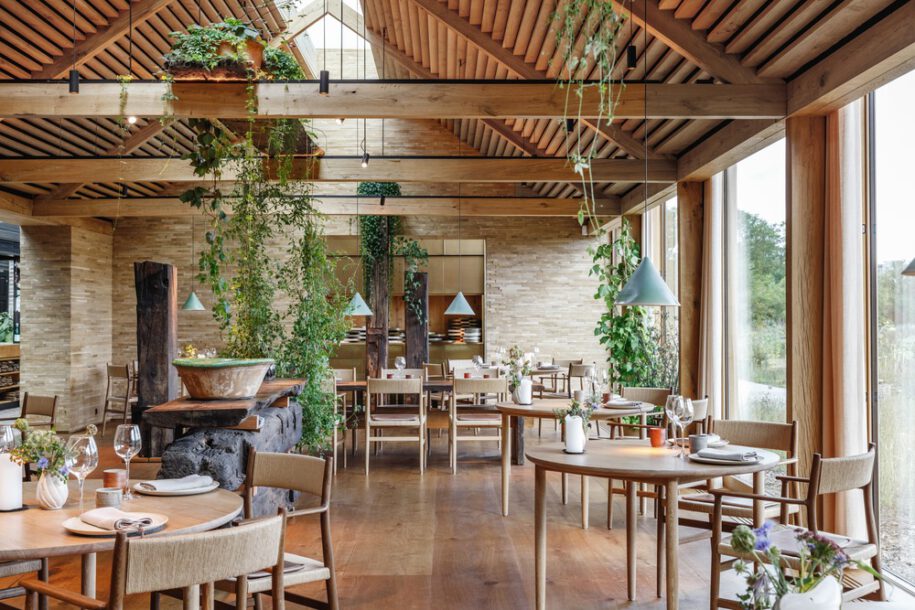 Central to BIG’s design was the idea of dissolving the restaurant’s individual functions and organizing them as a collection of separate yet connected buildings. 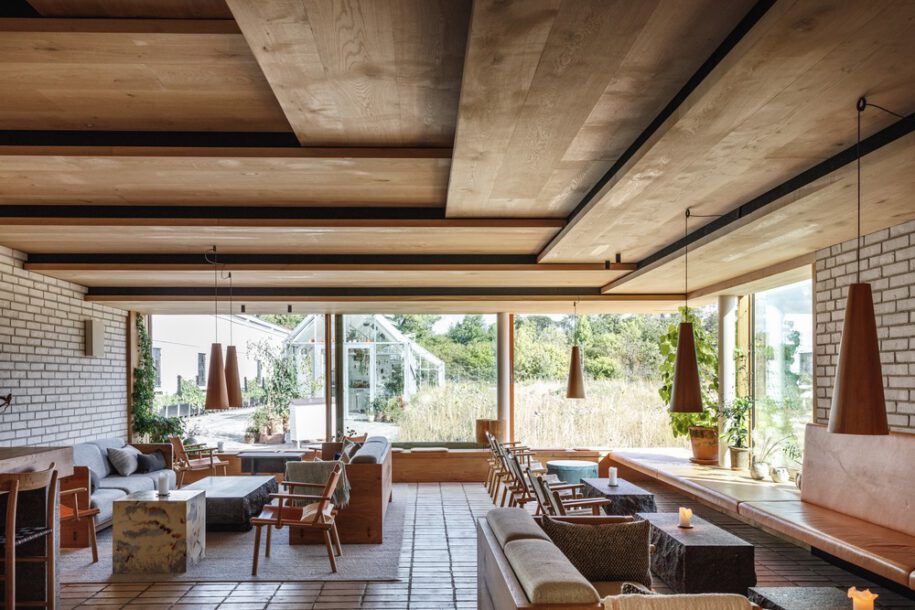 A total of eleven spaces, each tailored to their specific needs and built of the finest materials best suited for their functions, are densely clustered around the restaurant’s heart: the kitchen.

“Our collaboration with noma Chef and co-owner René Redzepi, and the noma team, has been brewing ever since I had my first dinner there fourteen years ago. Similar to our own idea of hedonistic sustainability—where the more sustainable city is also the most enjoyable city to live in—noma has pioneered a cuisine built upon shared values for creativity and sustainability”, said Bjarke Ingels, Founding Partner, BIG. 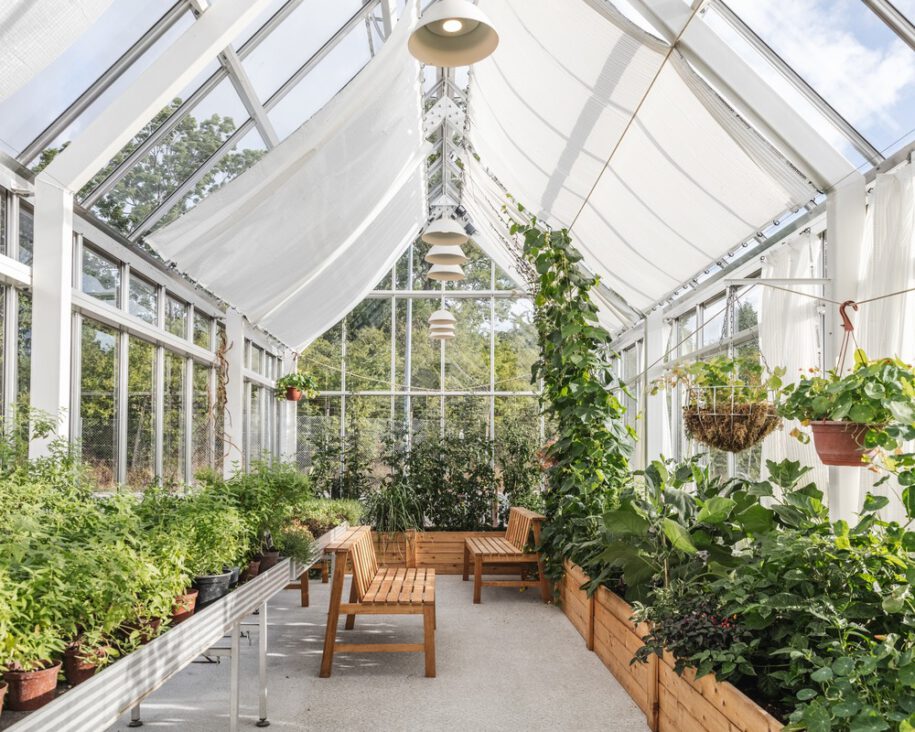 Bjarke continues, “the new noma dissolves the traditional idea of a restaurant into its constituent parts and reassembles them in a way that puts the chefs at the heart of it all. Every part of the restaurant experience—the arrival, the lounge, the barbeque, the wine selection and the private company—is all clustered around the chefs. From their central position, they have a perfect overview to every corner of the restaurant while allowing every single guest to follow what would traditionally happen behind-the-scenes. Each ‘building within the building’ is connected by glass-covered paths that allow chefs and guests to follow the changes in weather, daylight and seasons—making the natural environment an integral part of the culinary experience.” 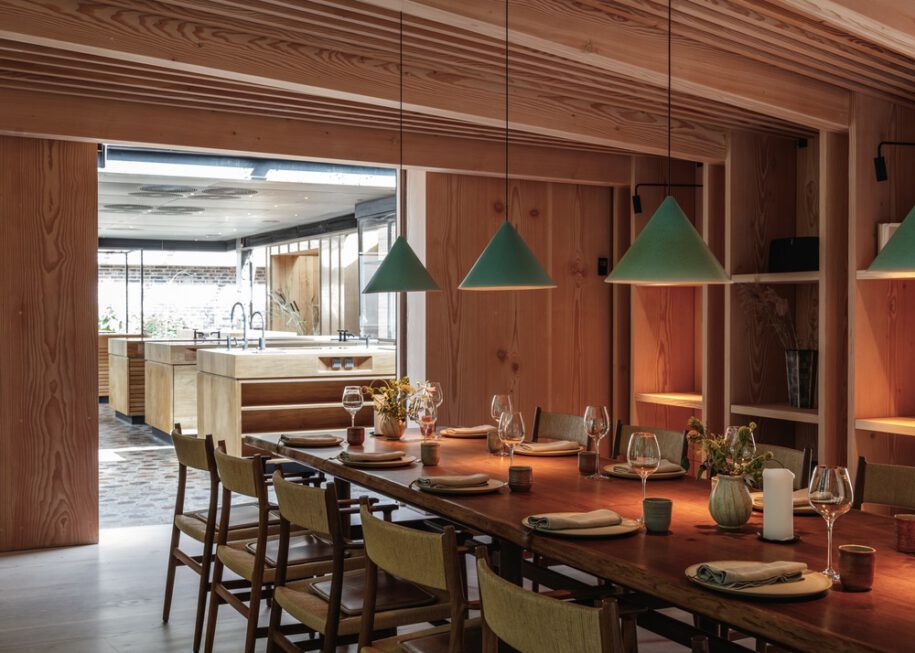 The noma kitchen is designed like a panopticon with an oversized hood hovering over the chefs. 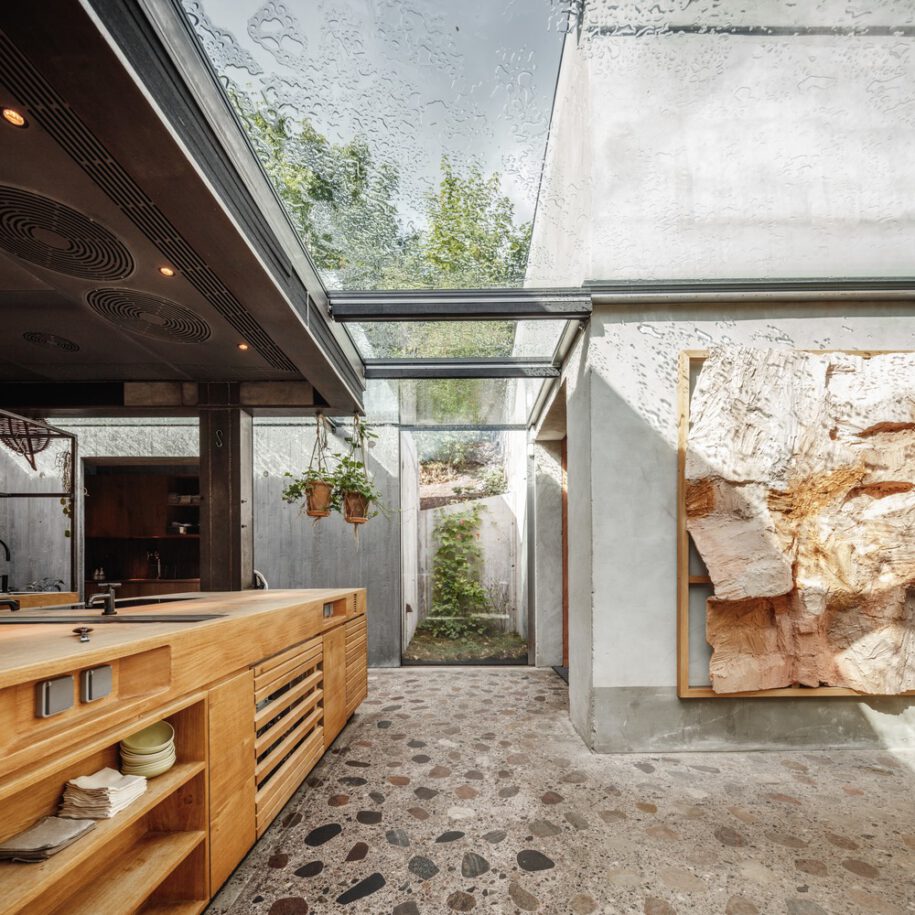 From here, the chefs can oversee the entire kitchen and guest areas, including the dining room and adjacent private dining room. These spaces are made of stacked timber planks that resemble neatly piled wood at a lumber yard. A large skylight and an expansive set of windows that slide to reveal the outdoor permagarden allow guests to truly sense all of the seasons and the restaurant’s natural surrounds. Outside, three free-standing glass houses provide for the restaurant’s garden, test kitchen and bakery. Guests have the opportunity to walk through each of the surrounding buildings and to experience a variety of Nordic materials and building techniques: the barbecue is a giant walk-in hut and the lounge looks and feels like a giant, cozy fireplace made entirely of brick inside and out. 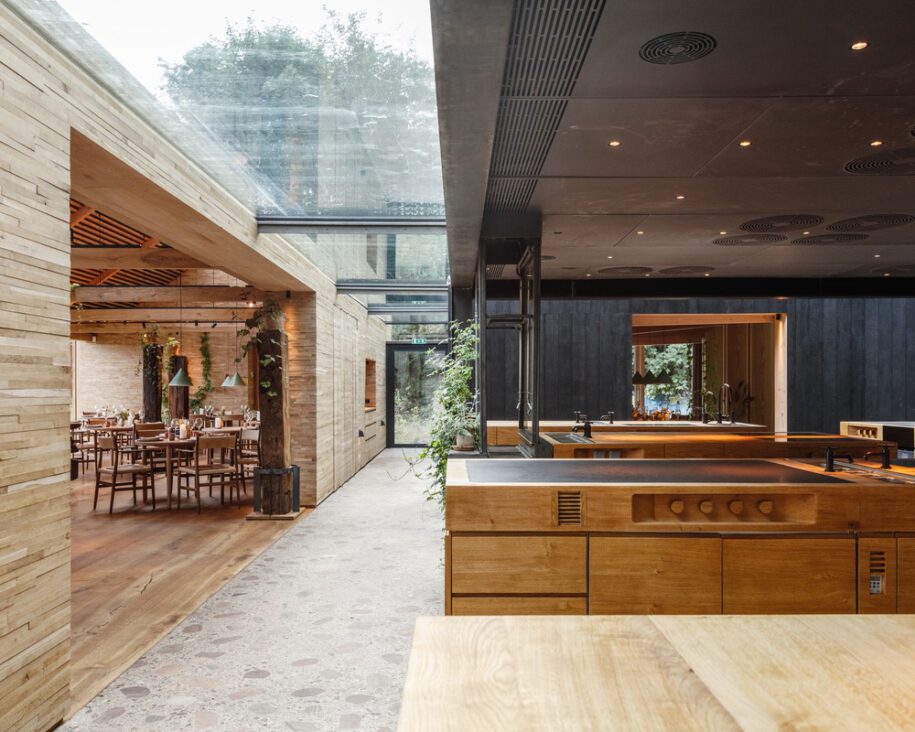 In-between the individual buildings are spaces enclosed with glass, allowing guests and the noma team to roam in constant connection with nature and the changing seasons. 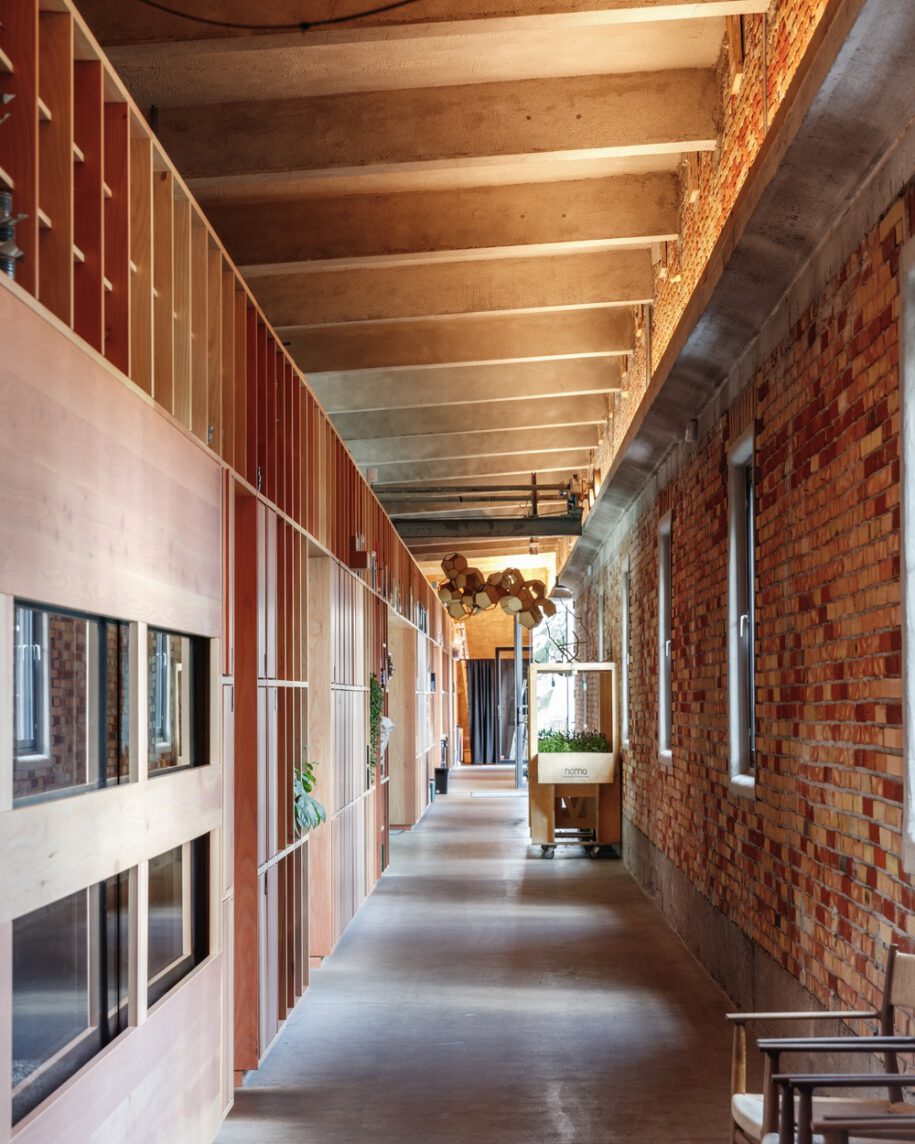 The historic 100 m long single-story warehouse completes the circle of buildings surrounding the kitchen. BIG preserved the raw shell of the warehouse’s concrete and inserted a massive wooden shelf for storage and display. All of the back-of-house functions are located here, including the prep kitchen, fermentation labs, fish tanks, terrarium, ant farm and break-out areas for staff. Guests walking alongside the building can get occasional glimpses of the restaurant’s behind-the-scenes activities and experimentations.