Elvin Demiri, in his diploma thesis “The city as campus: Tirana030”, presents a series of designing gestures and interventions aiming the transition of Tirana to a multi-centre city. The proposal’s masterplan aims to upgrade the public infrastructures and achieve social and economical growth and better connection between the center of the city and the suburbs.
-text by the author 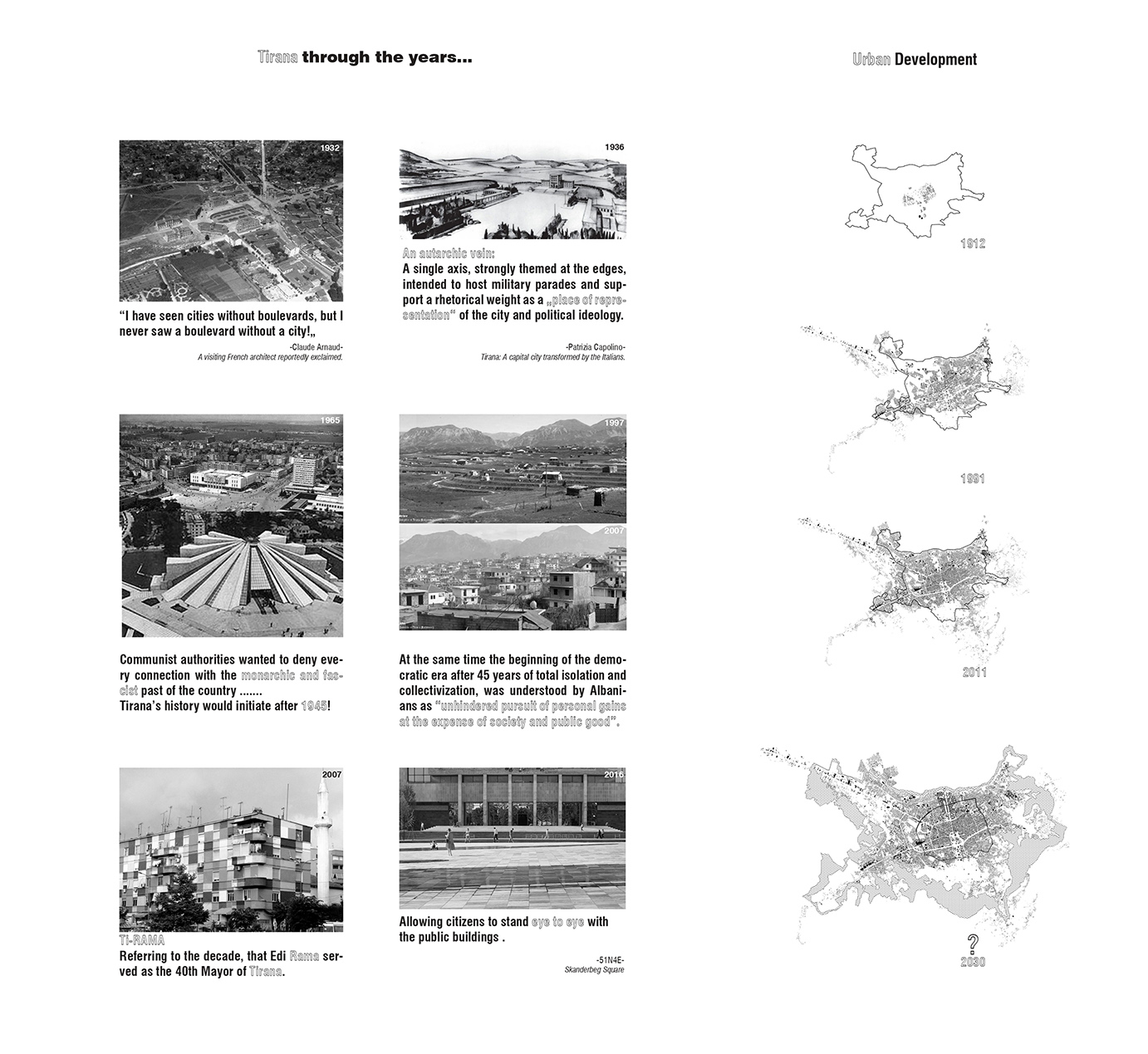 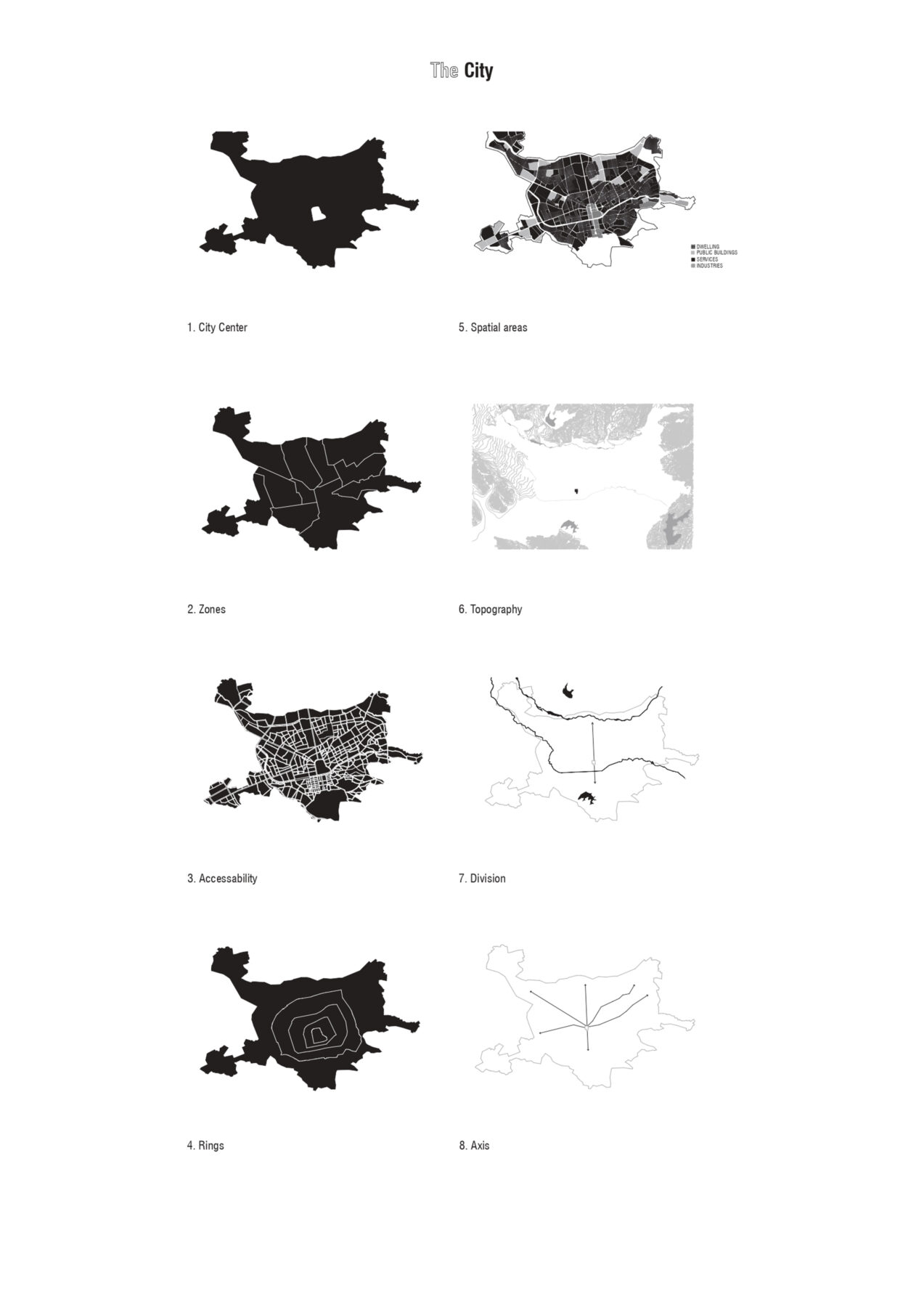 The concept of the Education Campus refers to the intervention of a layer which will be applied all over Tirana, with objects that are spread and integrated across the city and they are part of daily life. There, students, researchers, and citizens could join, be informed, and educated. 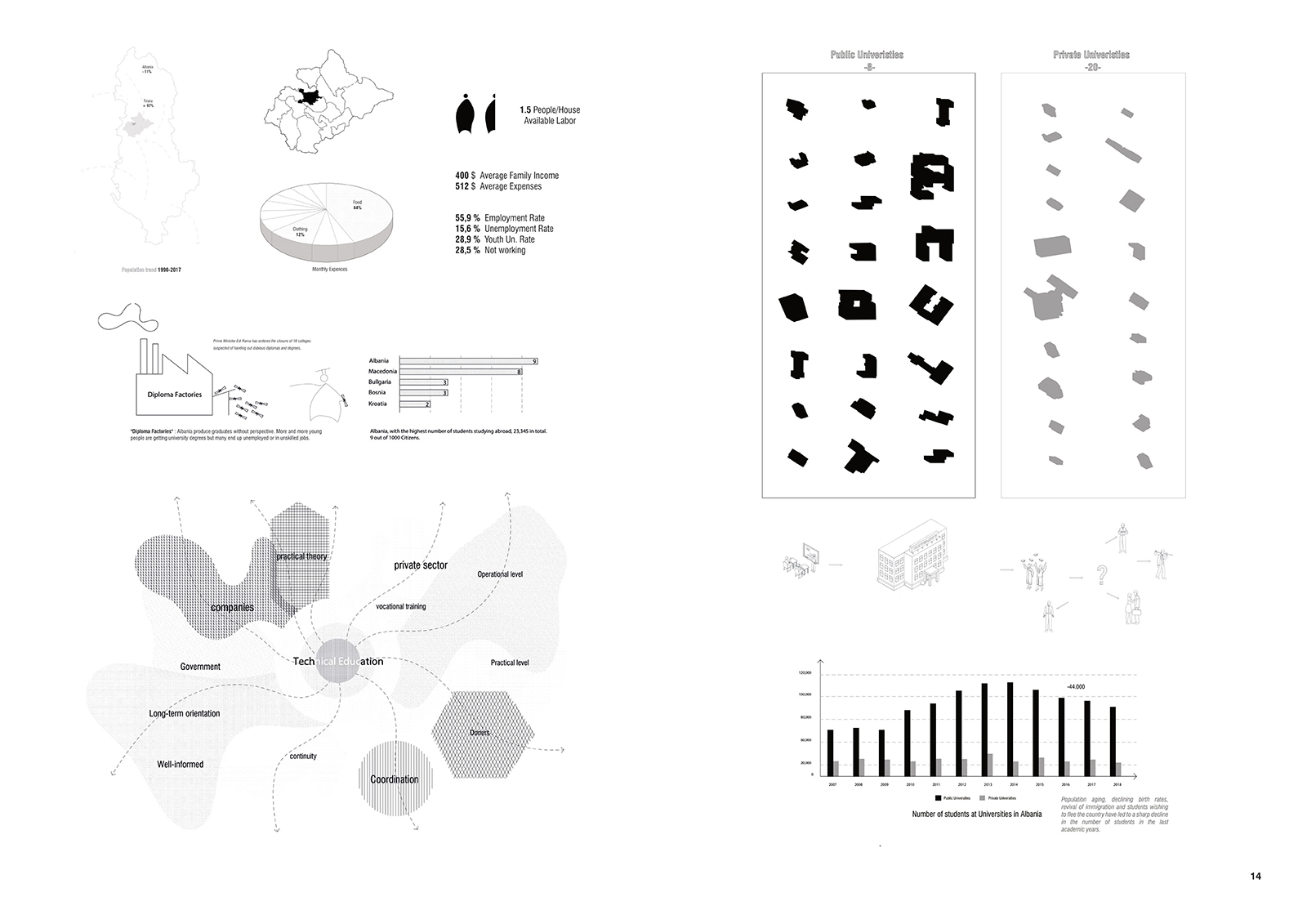 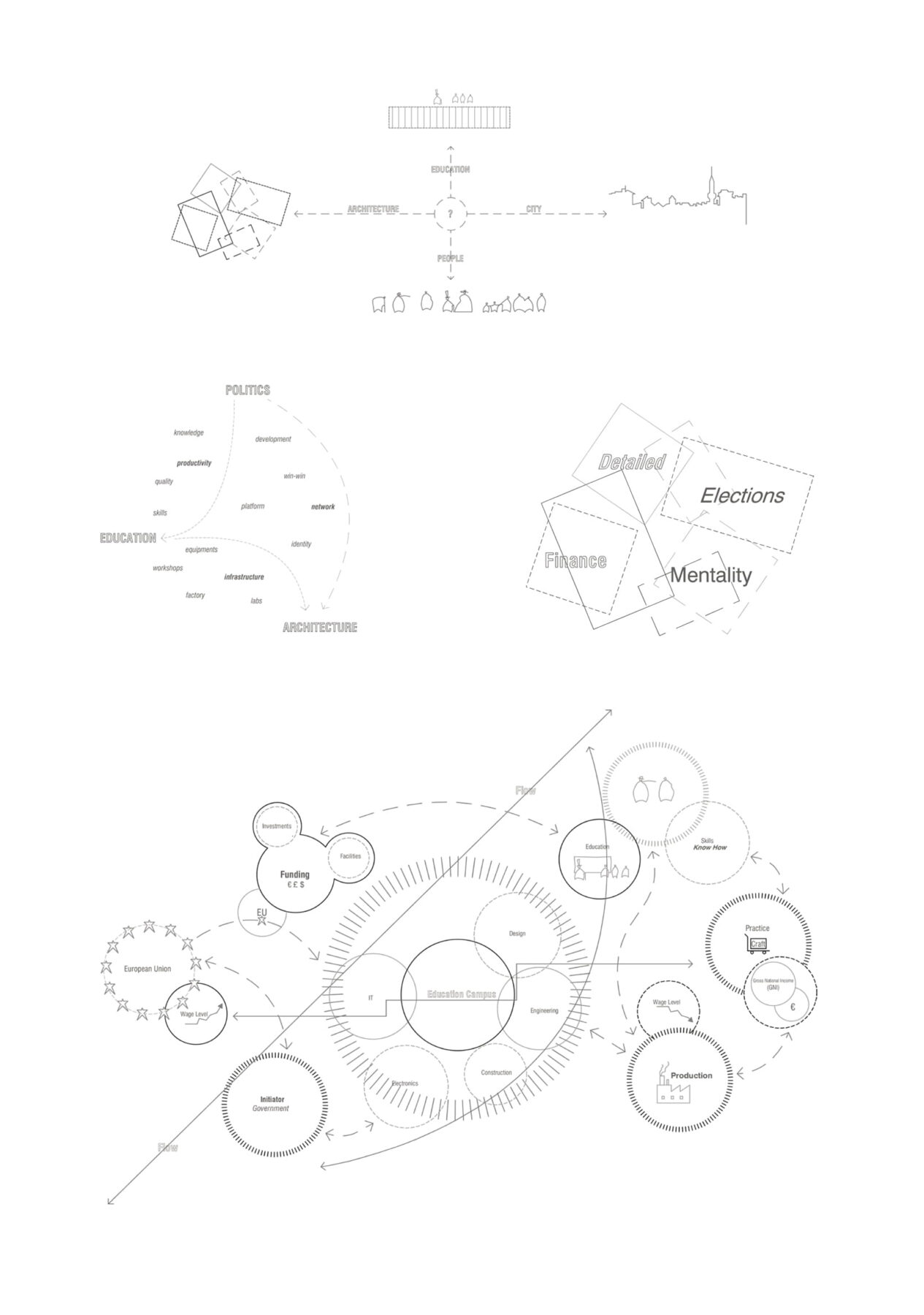 The new masterplan that creates an opportunity to bring the public transport into the city life, and will have the people moving around, studying, buying coffee, chilling, eating and new businesses will start to cluster these education facilities. This kind of movement is not only gone change the economy of the city but it will influence its urban structure too. These centres will be the new destinations alluring the young generation looking to acquire knowledge and skills at the highest level and quality. 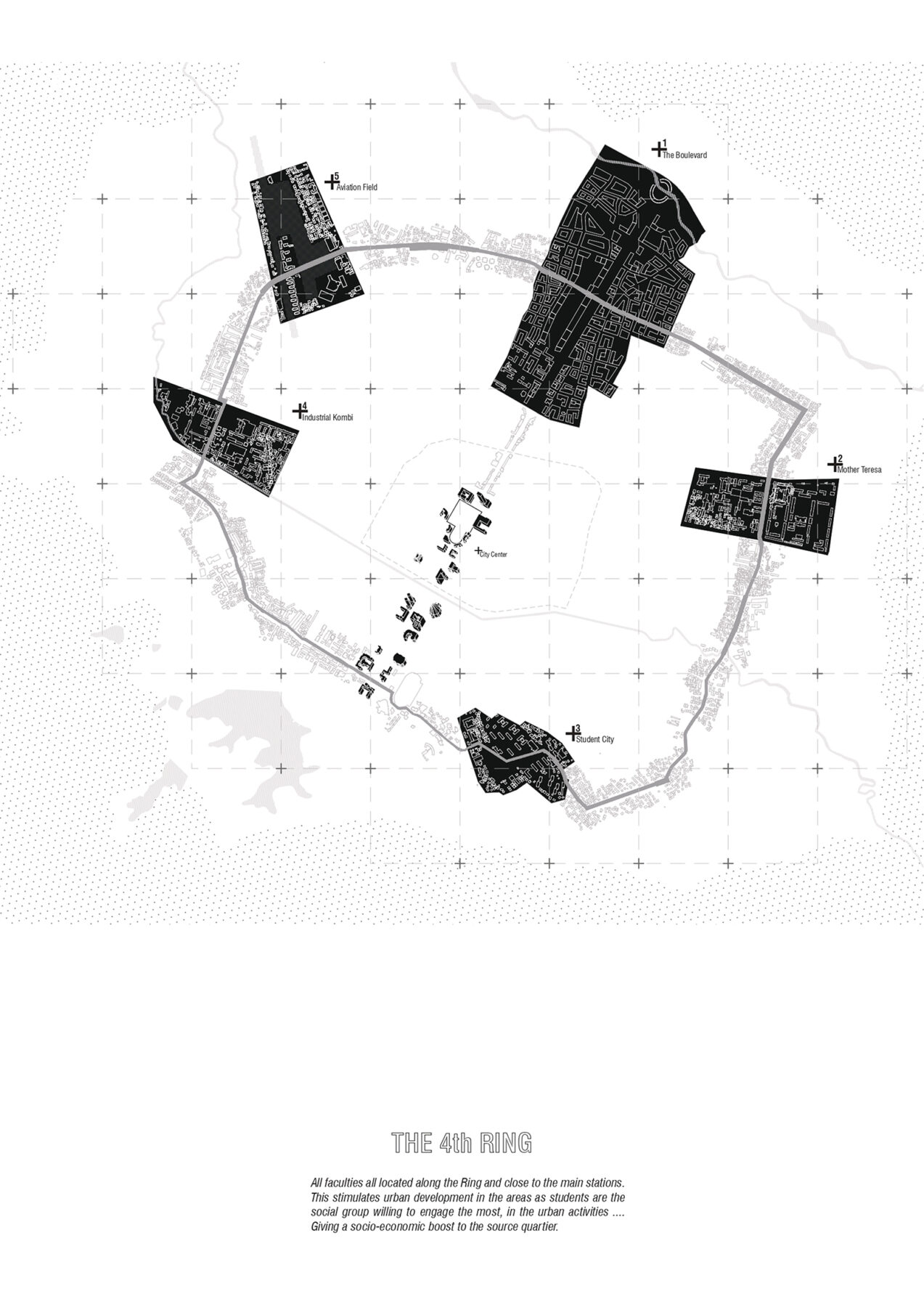 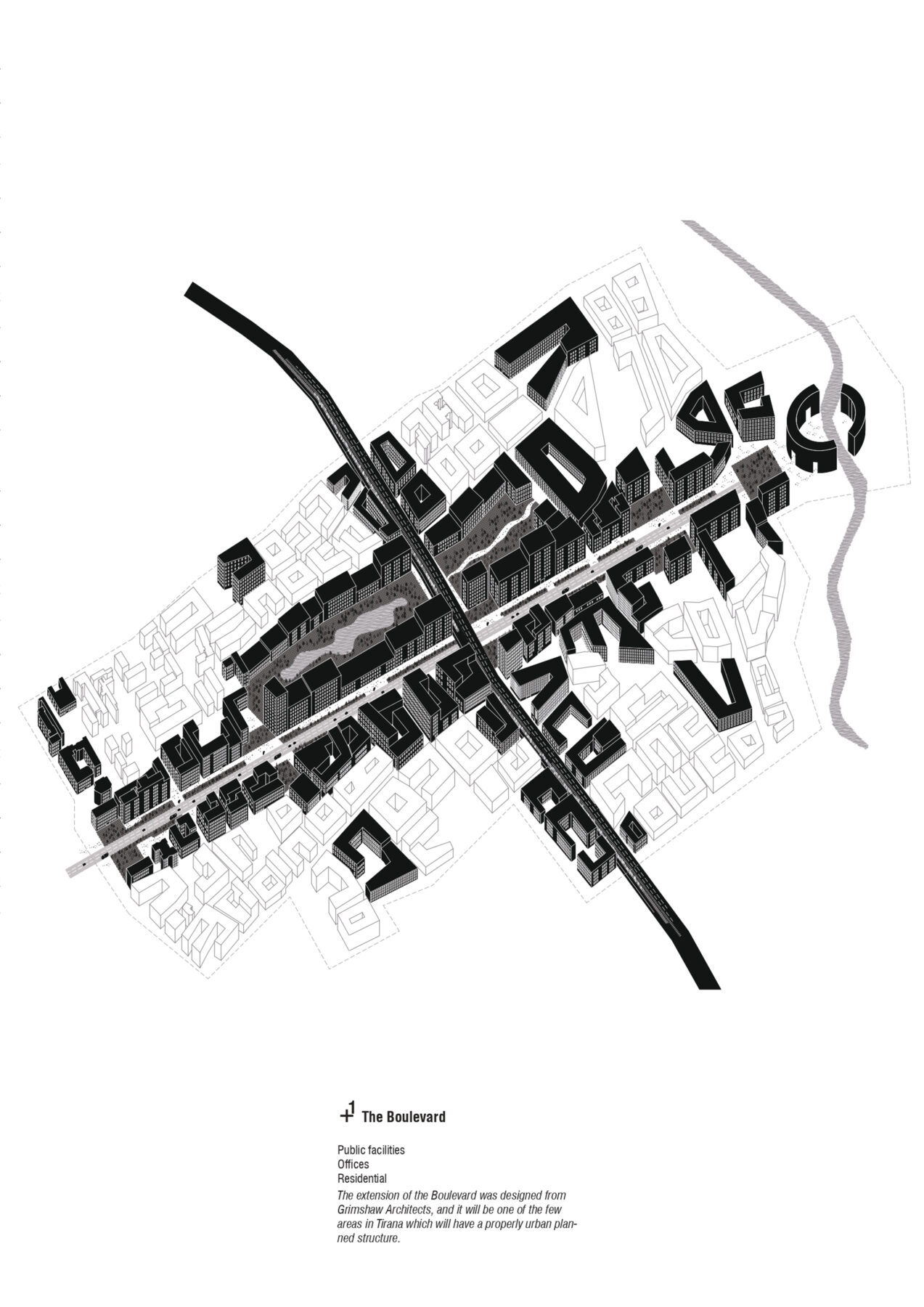 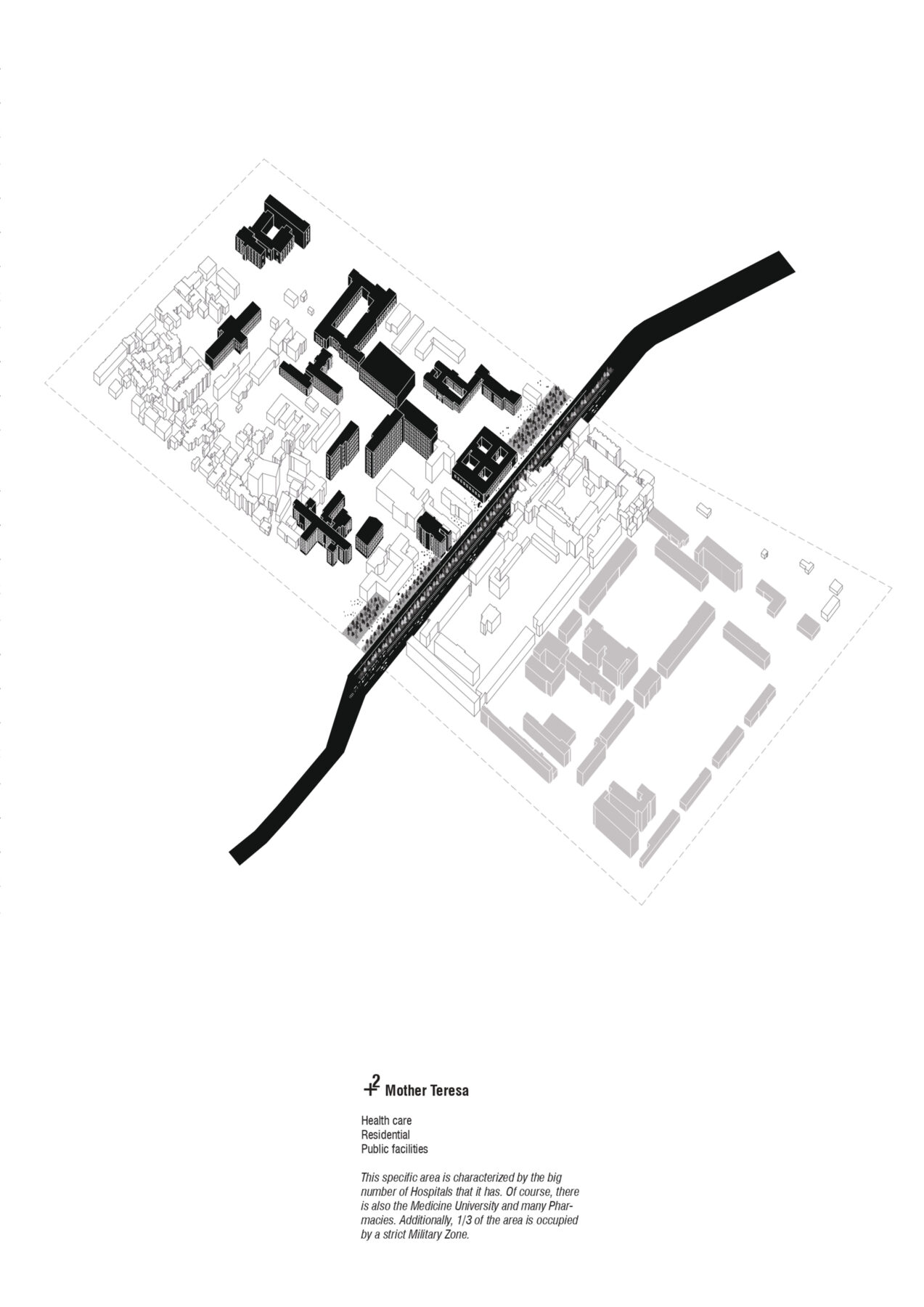 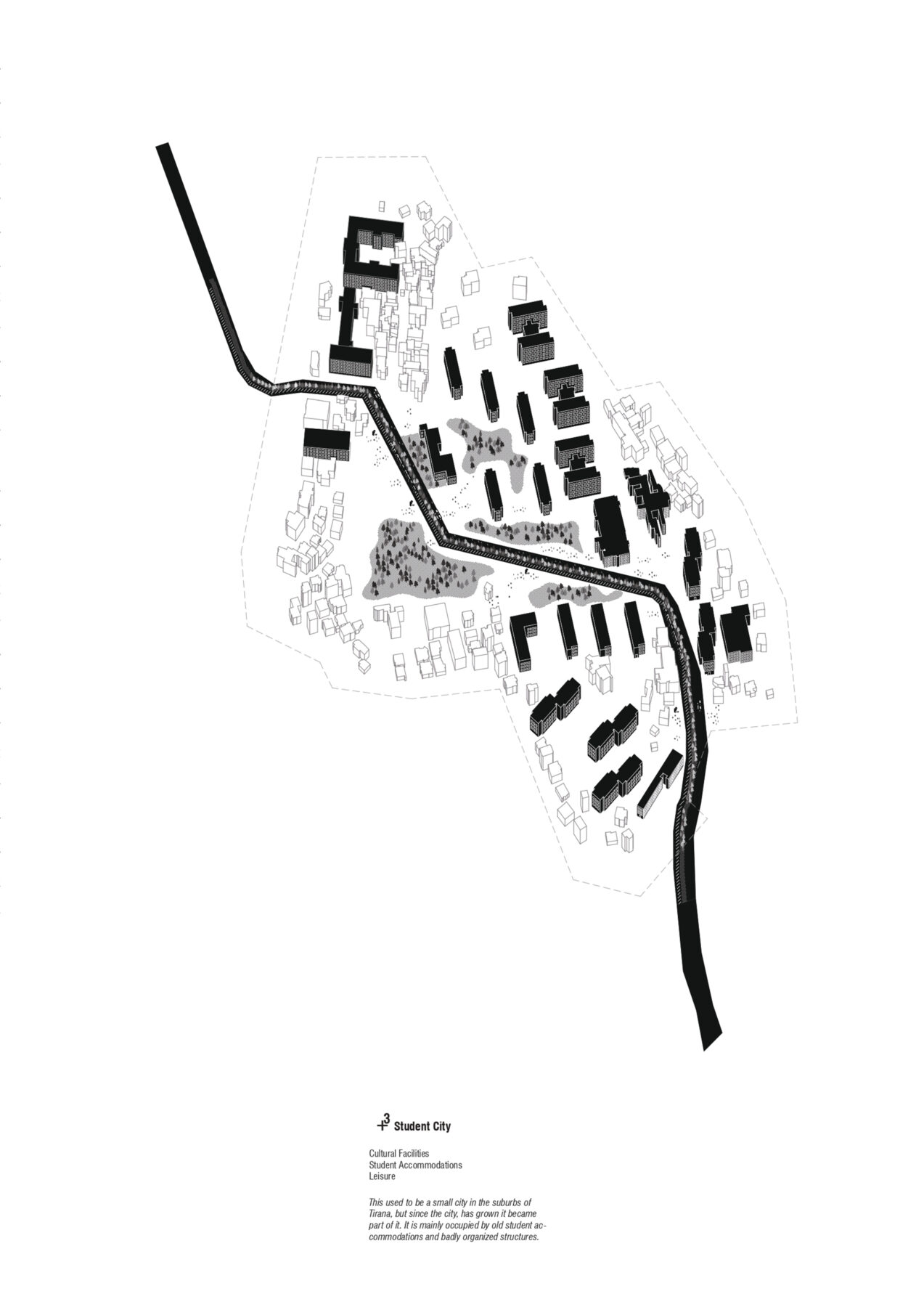 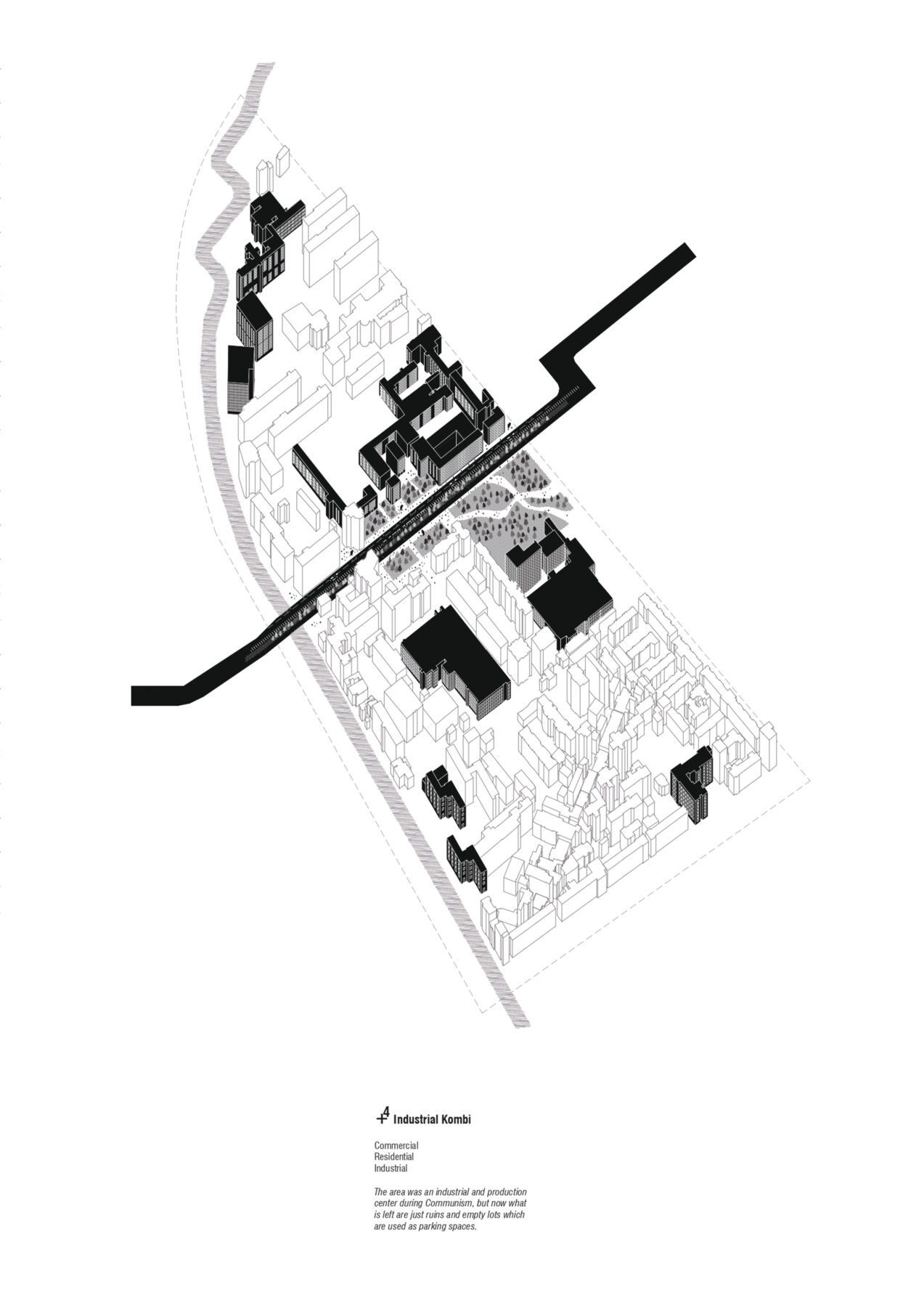 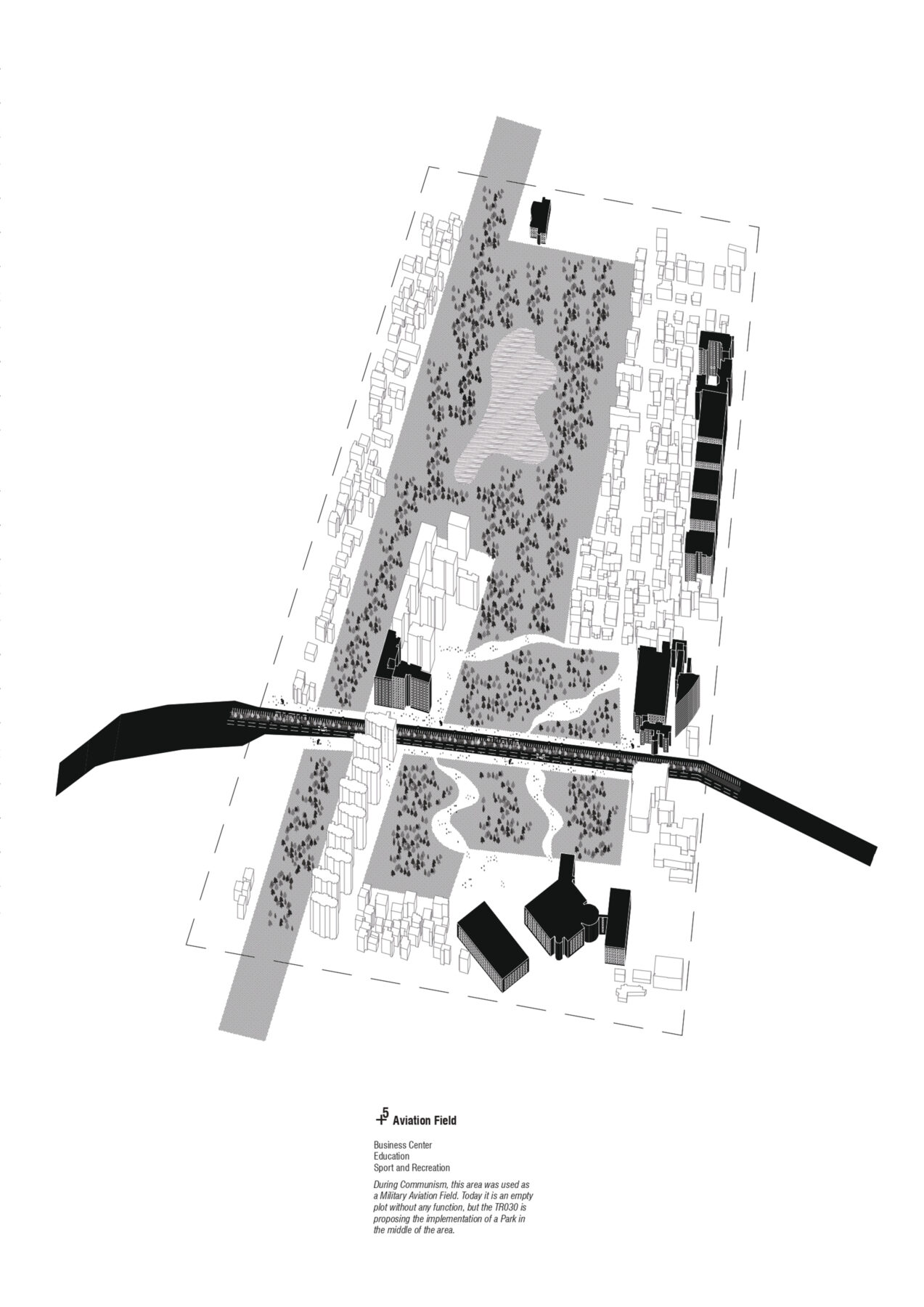 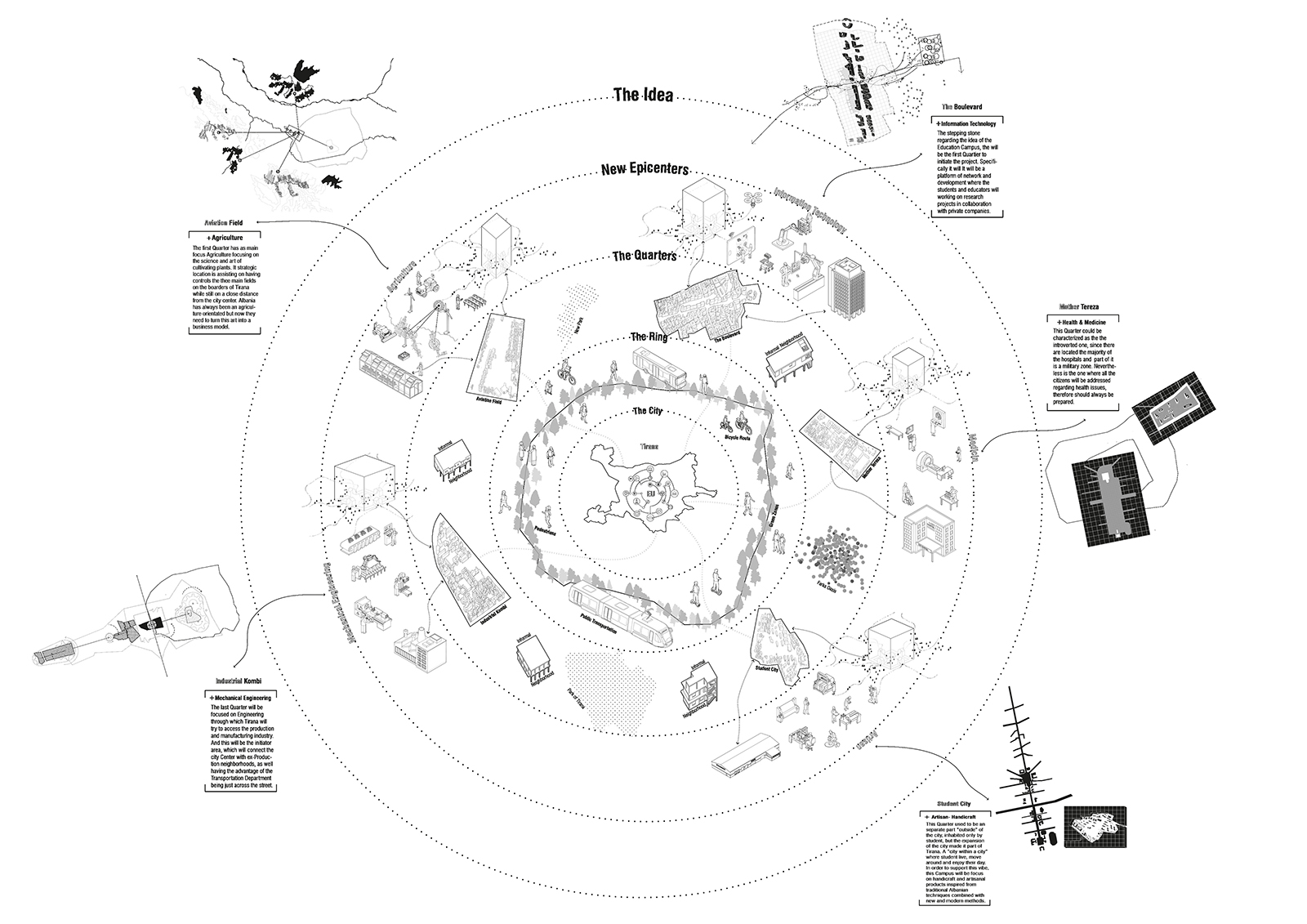 It will be a platform of networking and development which will create and inaugurate new industrial identity, by equipping with skills new professionals. The Campus is just the initiator which will create a ripple effect on the context of Tirana and assisting its transition to the multicentre city.

This will help to avoid social segregation, additionally, it will create a patchwork city, making Tirana a mosaic of “new” and “old” pieces- districts. 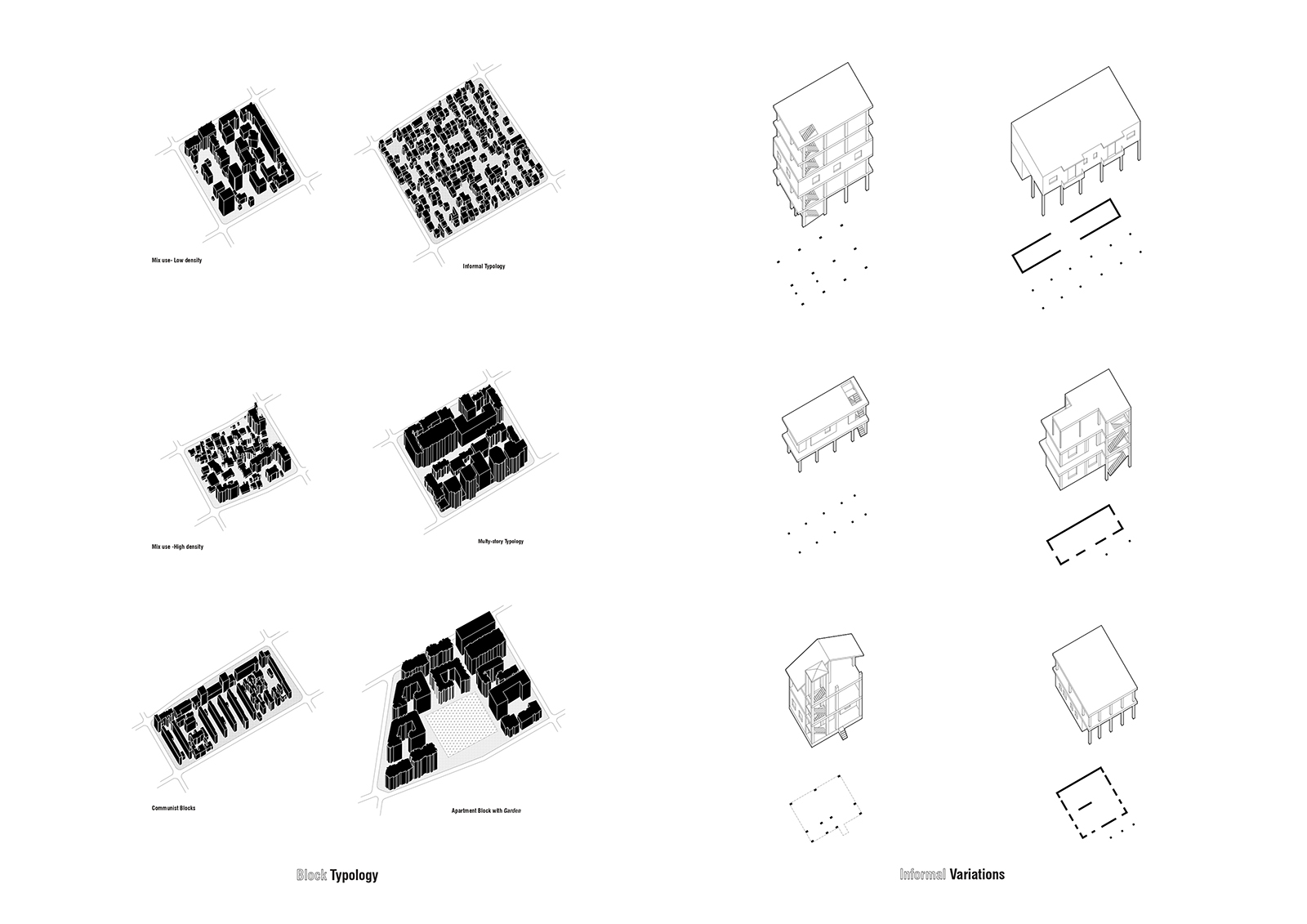 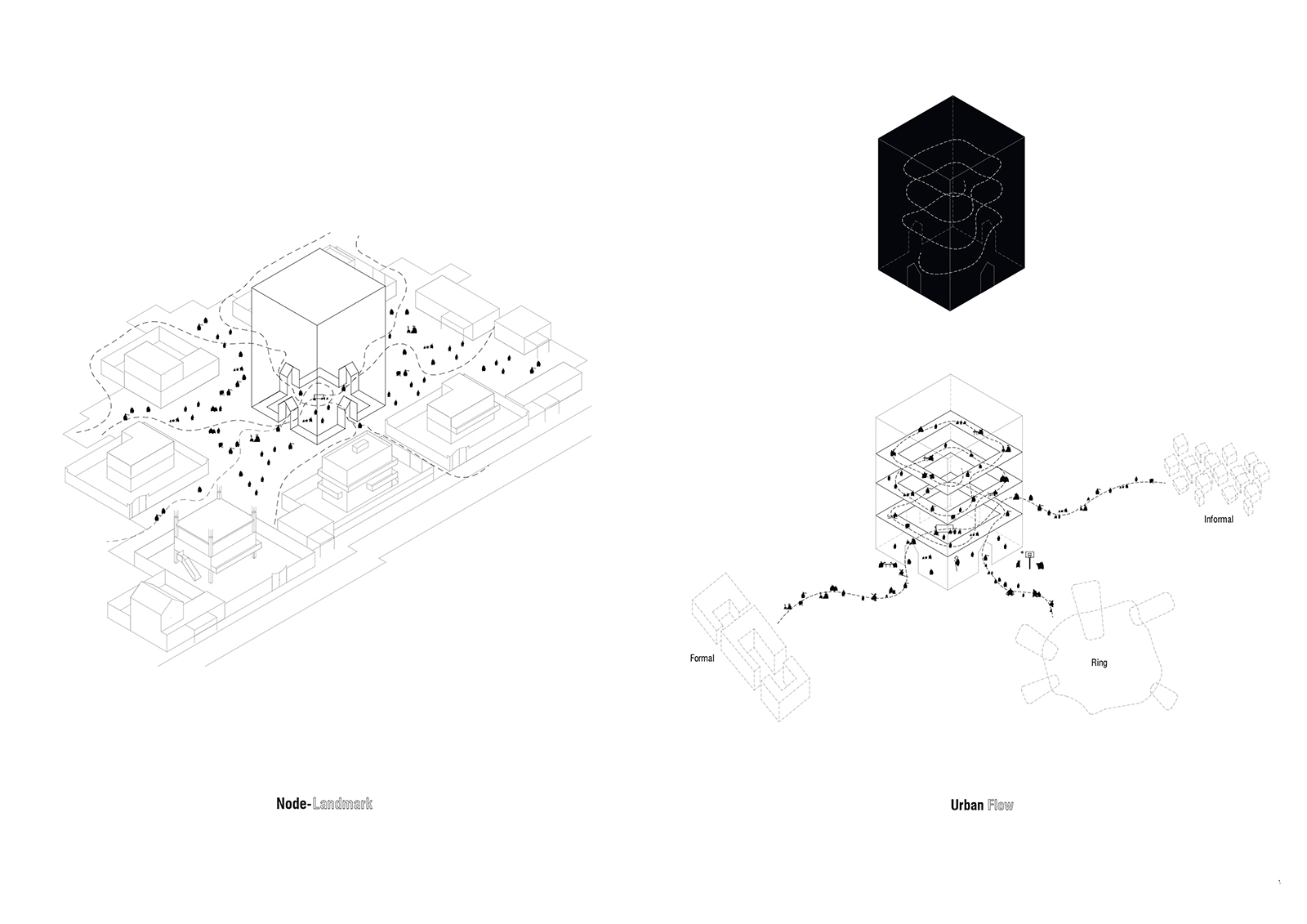 In this way, urban planning can give an important contribution by breaking the myth of the center and giving value to the periphery. 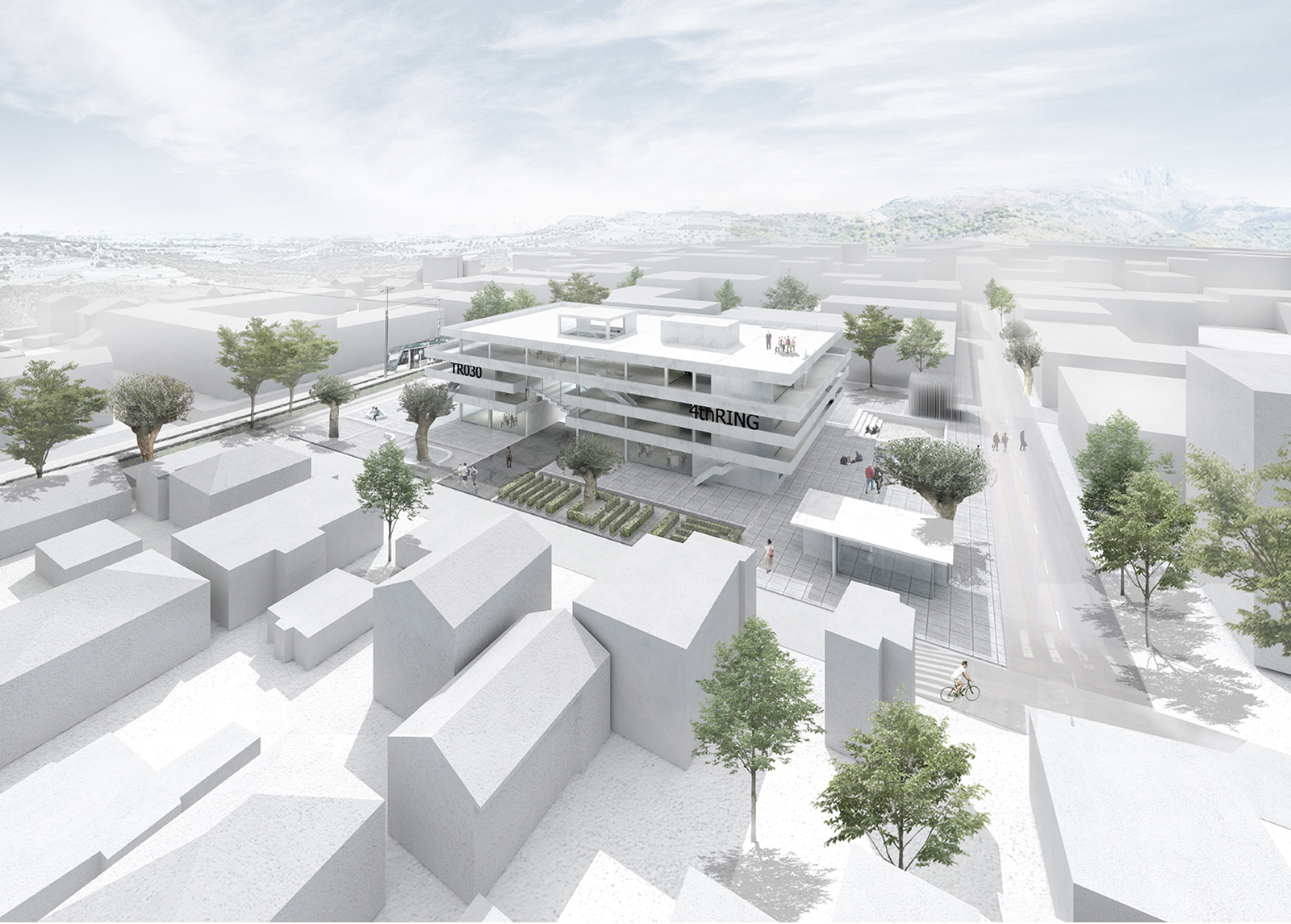 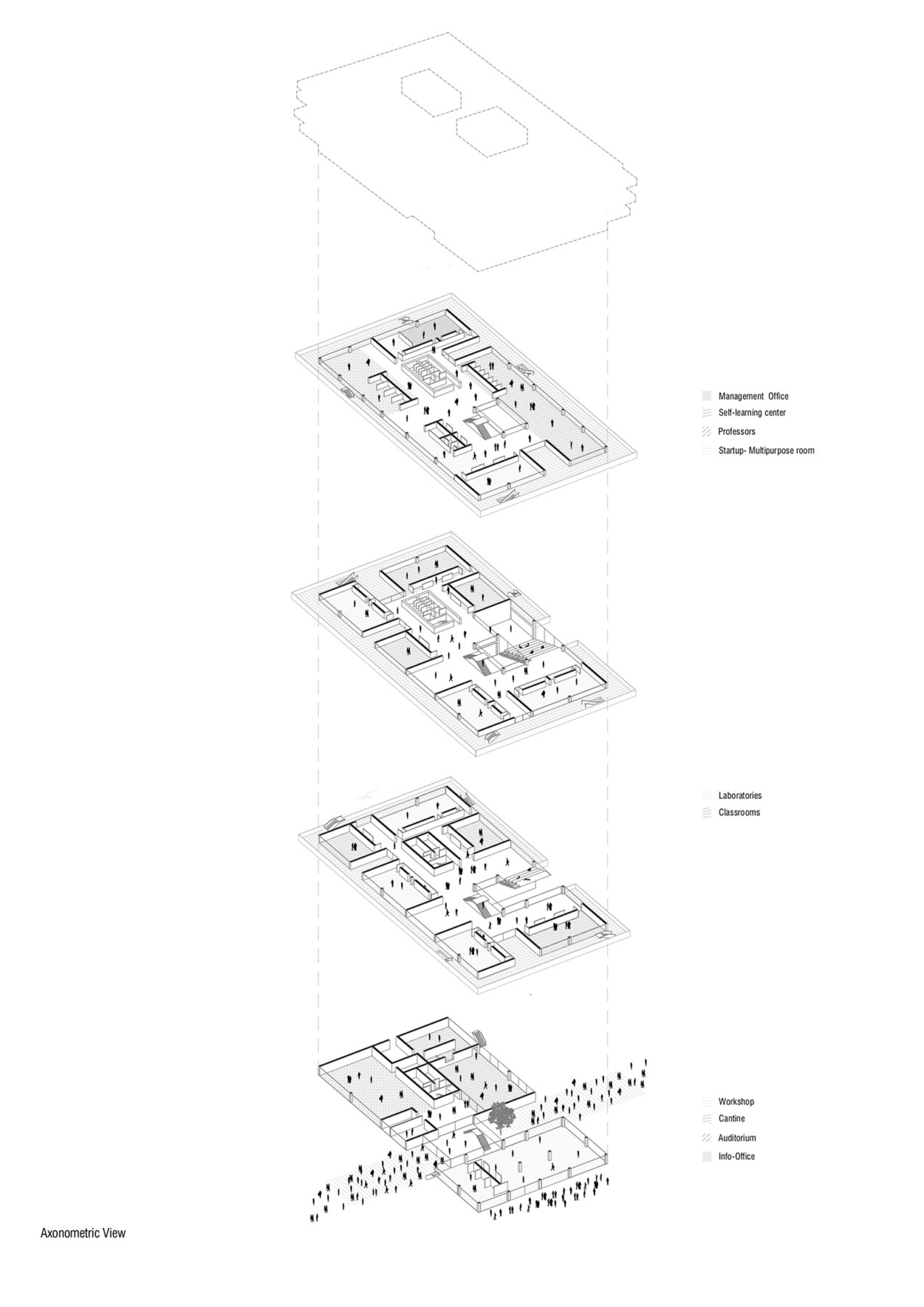 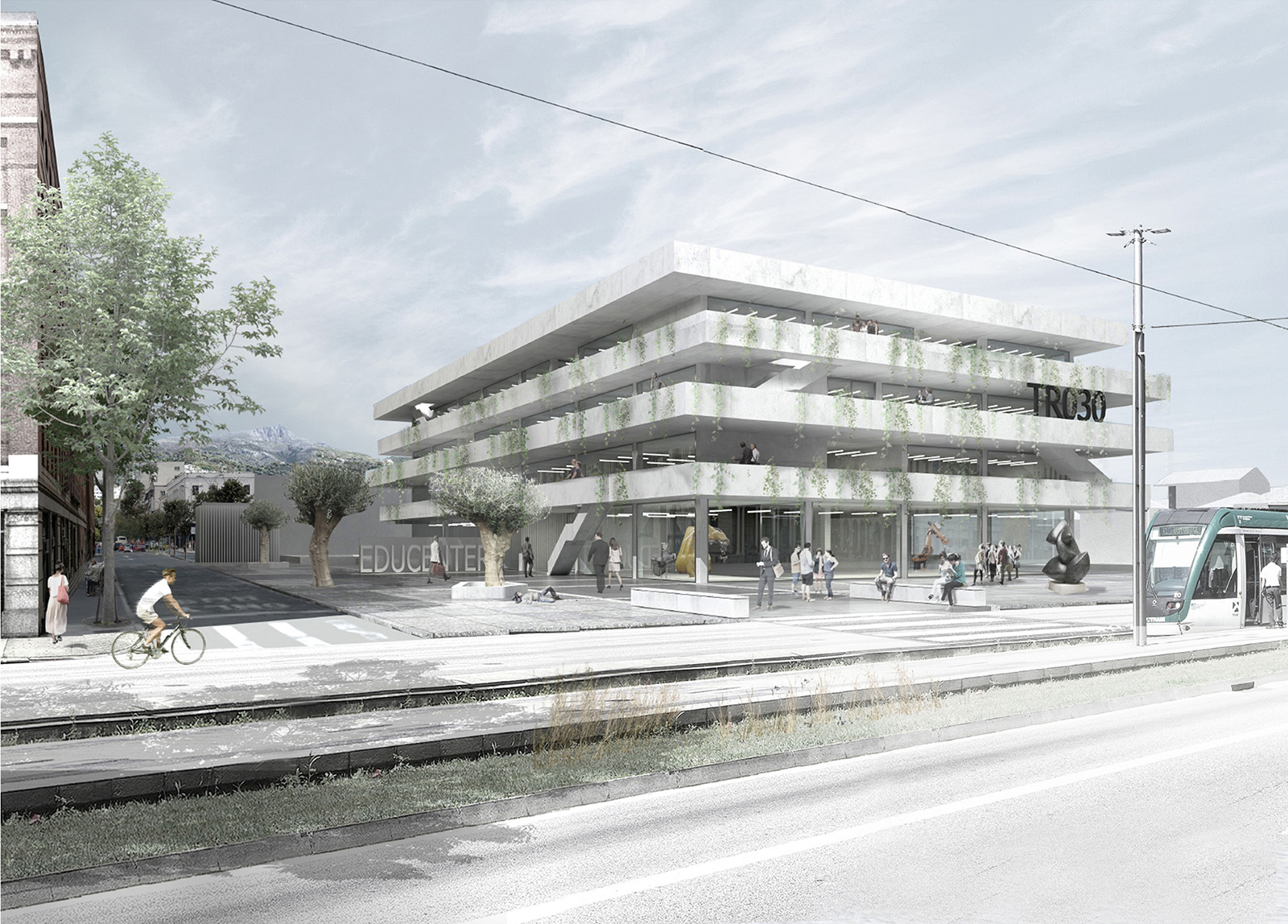 Tirana is an unfinished project which never ceases transformation. Since its declaration as capital of Albania till today. The story of the city illustrates perfectly that the shape and development of the city have been influenced by socio-political events.

So, TIRANA030, is a unique chance to accomplish this goal, since the proposal of the 4th Ring has strategic thinking and the Education Campus will mediate by mixing the existing culture with new modern ideas which will boost the local economy and create jobs and opportunities as a mean of revisiting and bringing growth to the city. 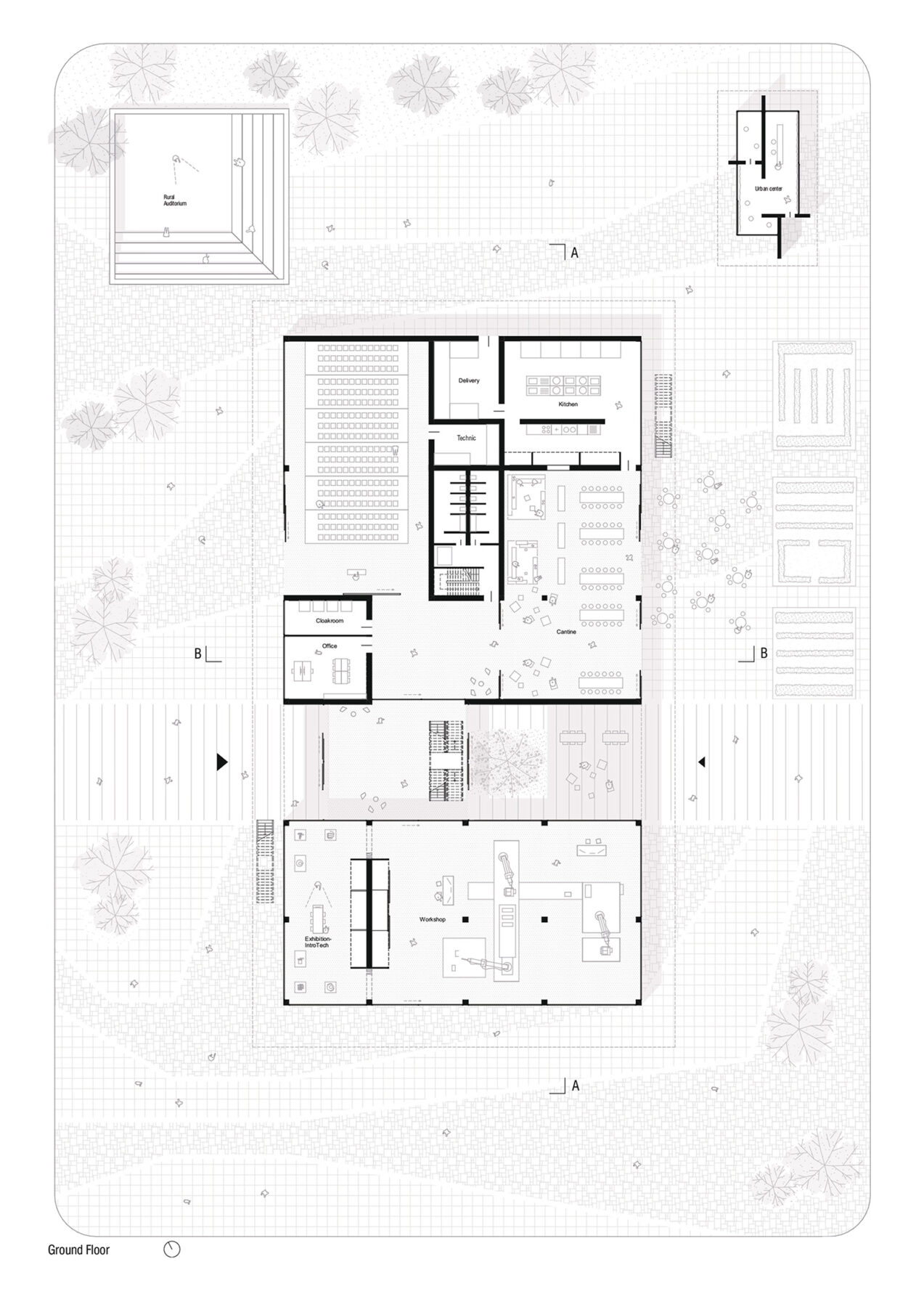 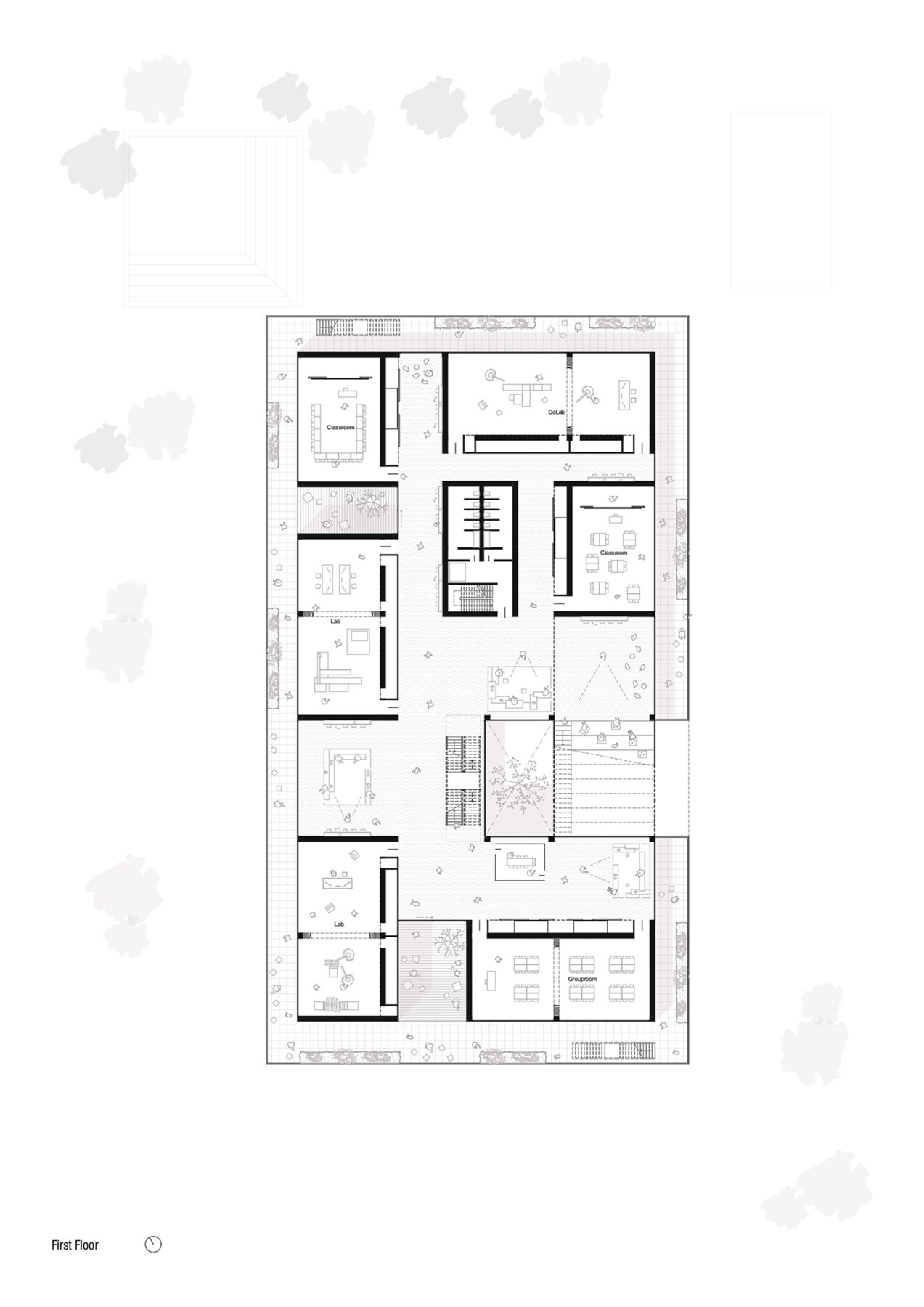 Traditionally, urban development projects focus on finding specific solutions to physical problems. In this case, I have opted for a different strategy to use the architecture and urban as a tool for social development. This refers to specific, limited, and punctual urban interventions with the capacity of making wide and extended repercussions. Interventions seeking connectivity between the informal and the planned city. 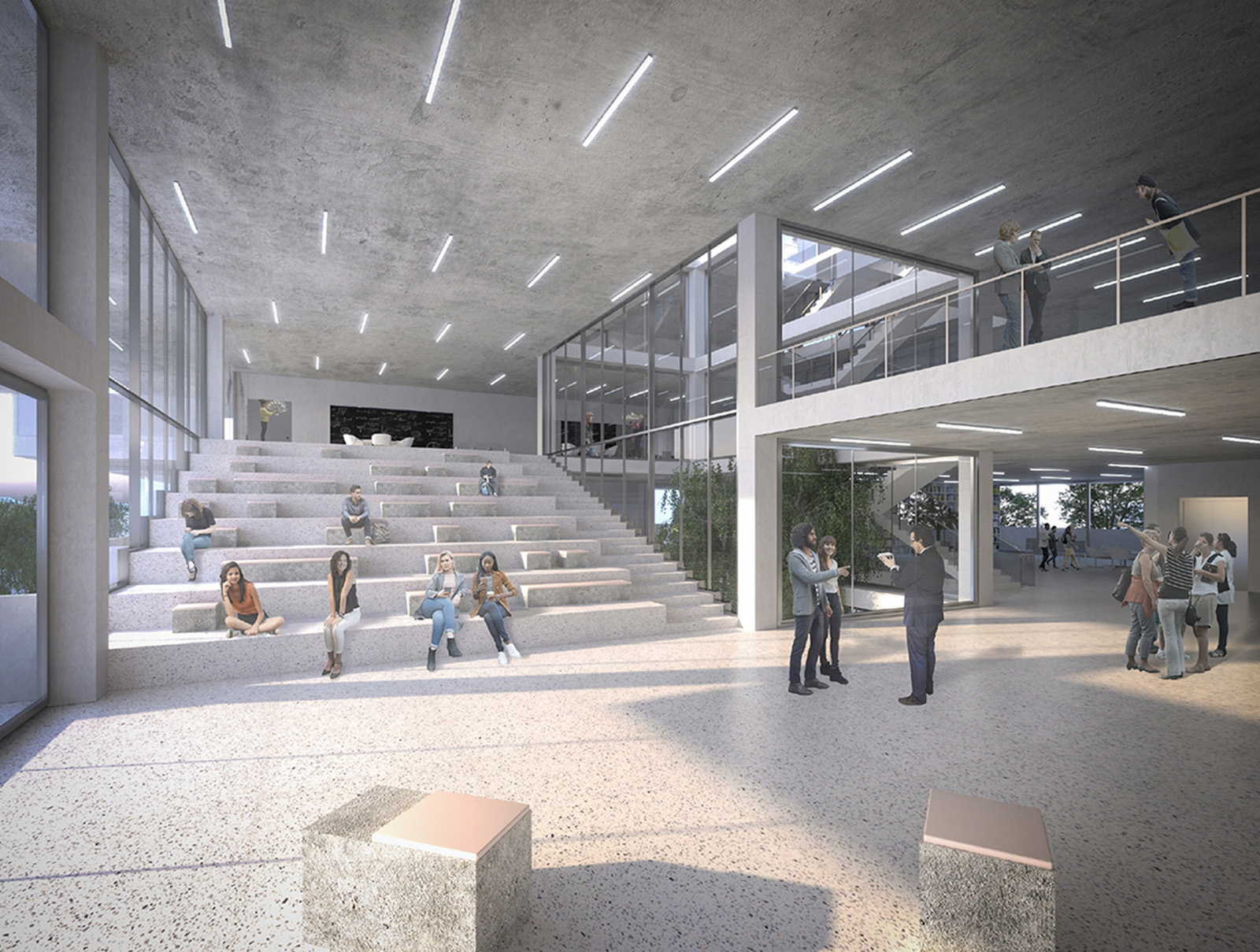 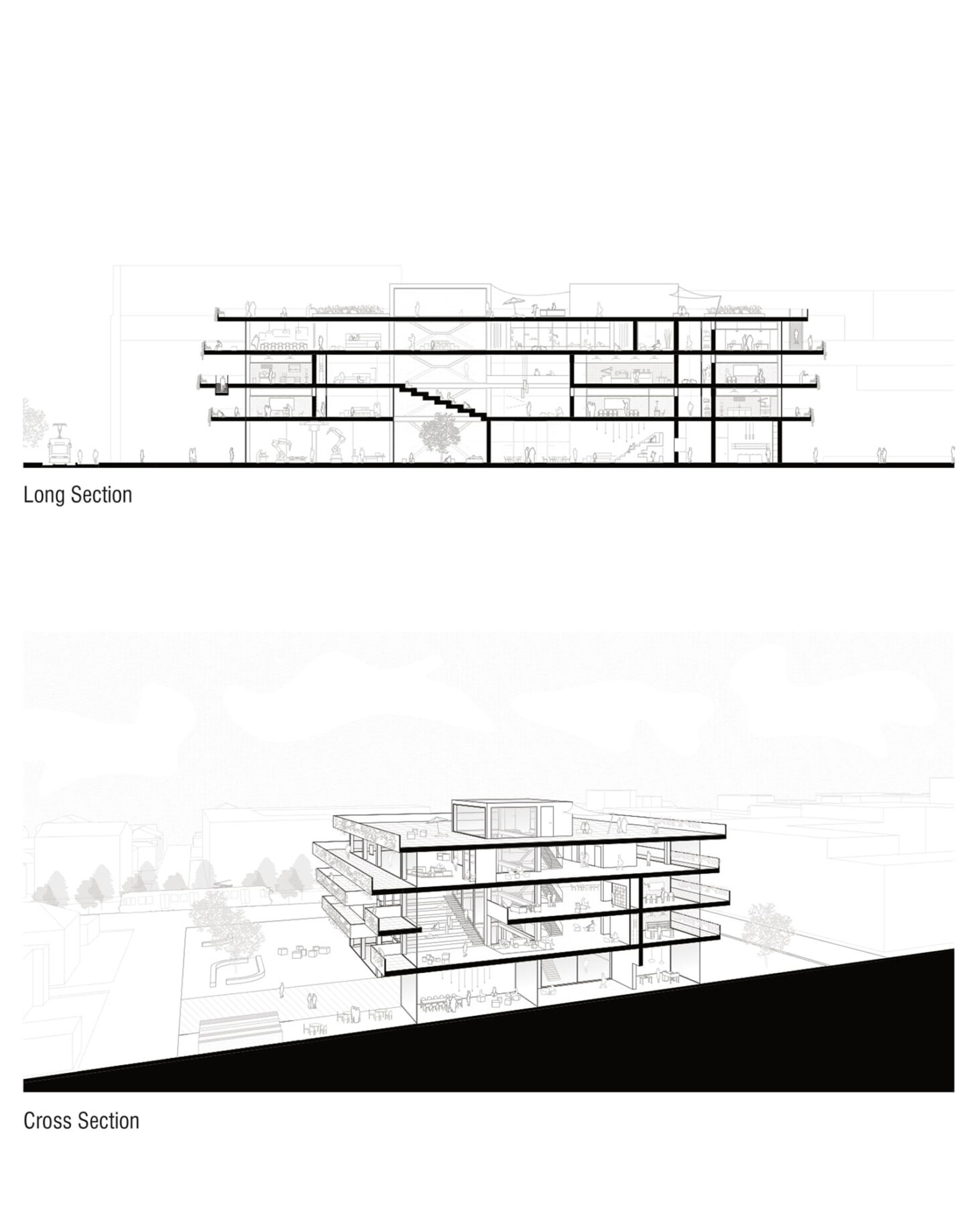 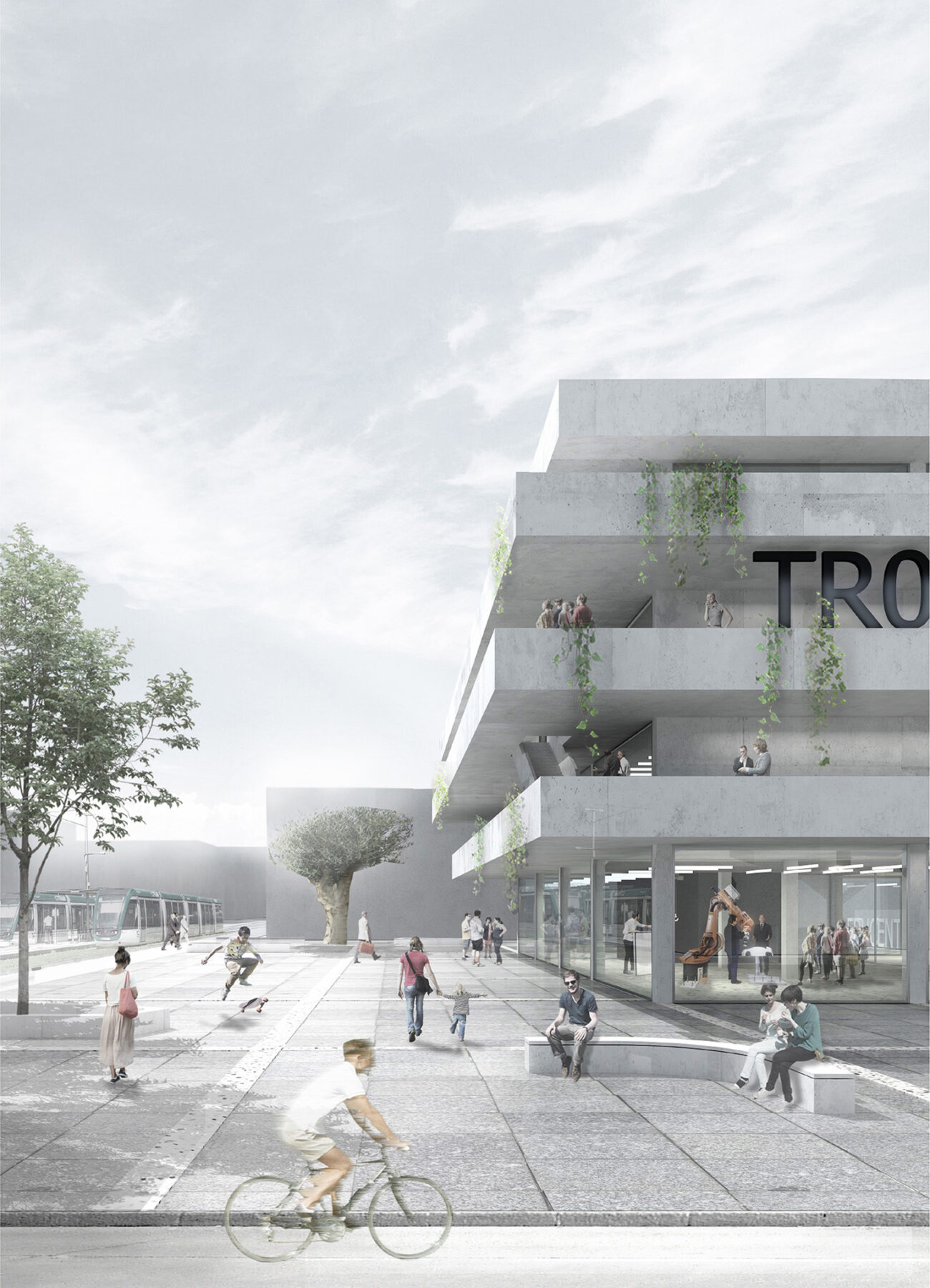