The Border Line: cultural revival of Kassos Island thesis is a strategic planning intervention on the island of Kassos, which aims to its development touristically and responsibly, but also economically and culturally.
This is done by the placement of a group of artists who will interact with the inhabitants, exchanging knowledge and benefits, but also through the use of local materials and goods and the use of the existing building stock. 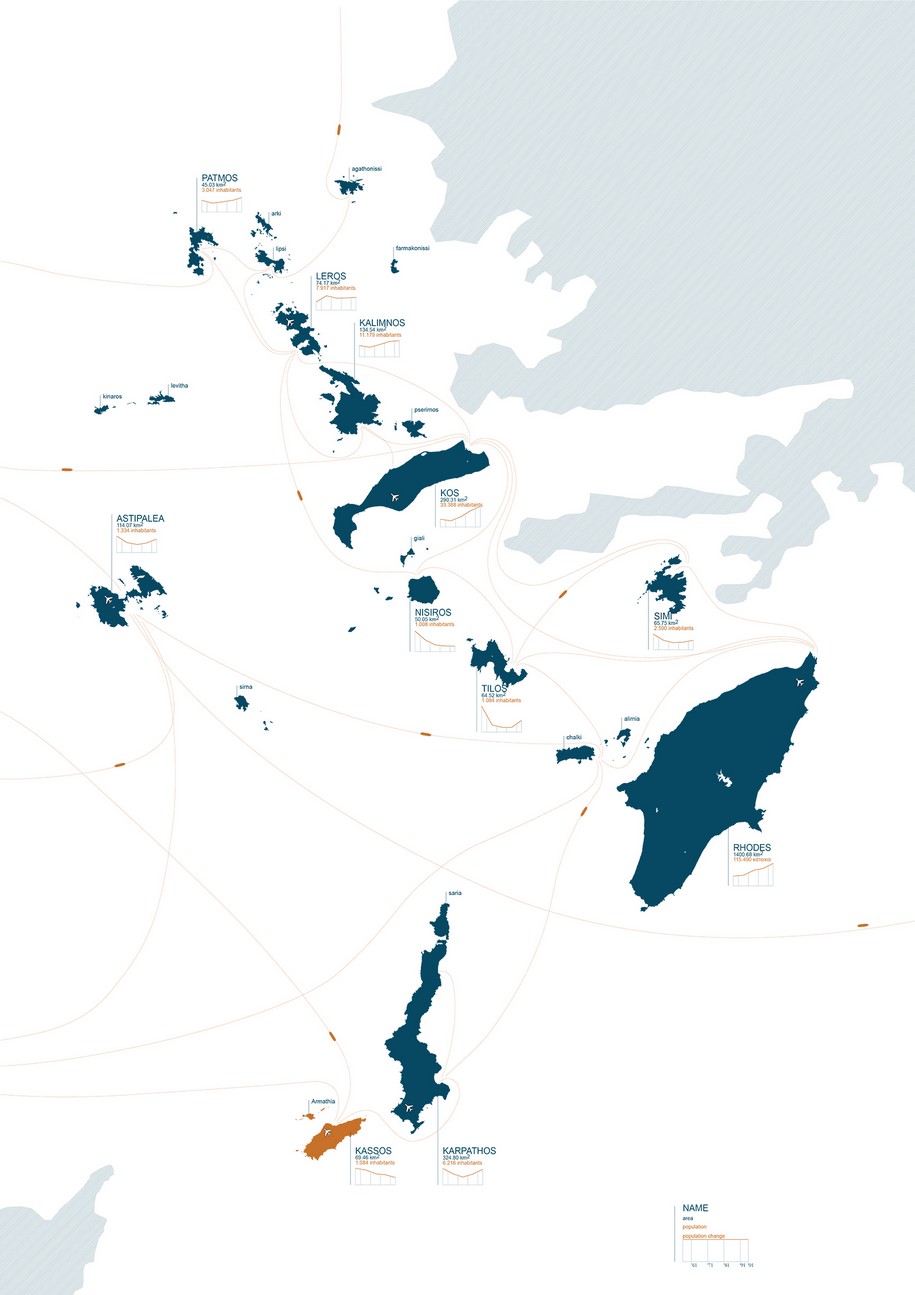 Kassos is the southernmost and fifth largest island of the Dodecanese, with an area of ​​69.46 square kilometers and 1084 inhabitants.
It is “only” 24 hours by boat from Athens and it was mentioned in the Guinness Book as the shortest air flight in the world between Karpathos and Kassos, with a duration of 4.5 minutes! The population-change diagram shows the drastic reduction in population autonomously for Kassos, but also compared to the rest of the Dodecanese, most of which show an increase.
The total population of Kassos inhabits the 5 villages, which are all placed in the northern part of the island. 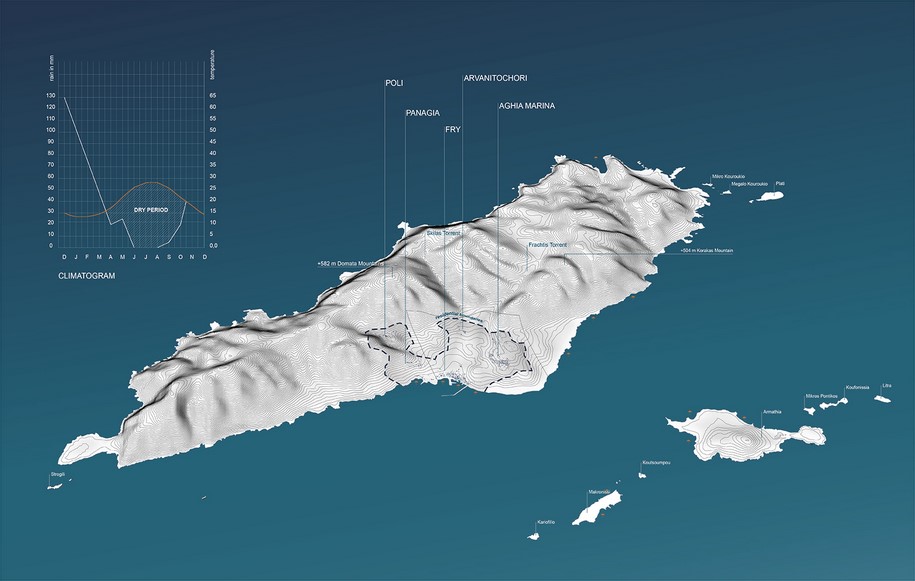 An important notice was that the island’s population is triple in the summer months, while the cultural events that were marked at the same time were significantly high in number.
Inversely proportional of the size of the island and the expected activity of the inhabitants, is the intense cultural activity throughout the year, intensifying from the first half of July to the first half of September. 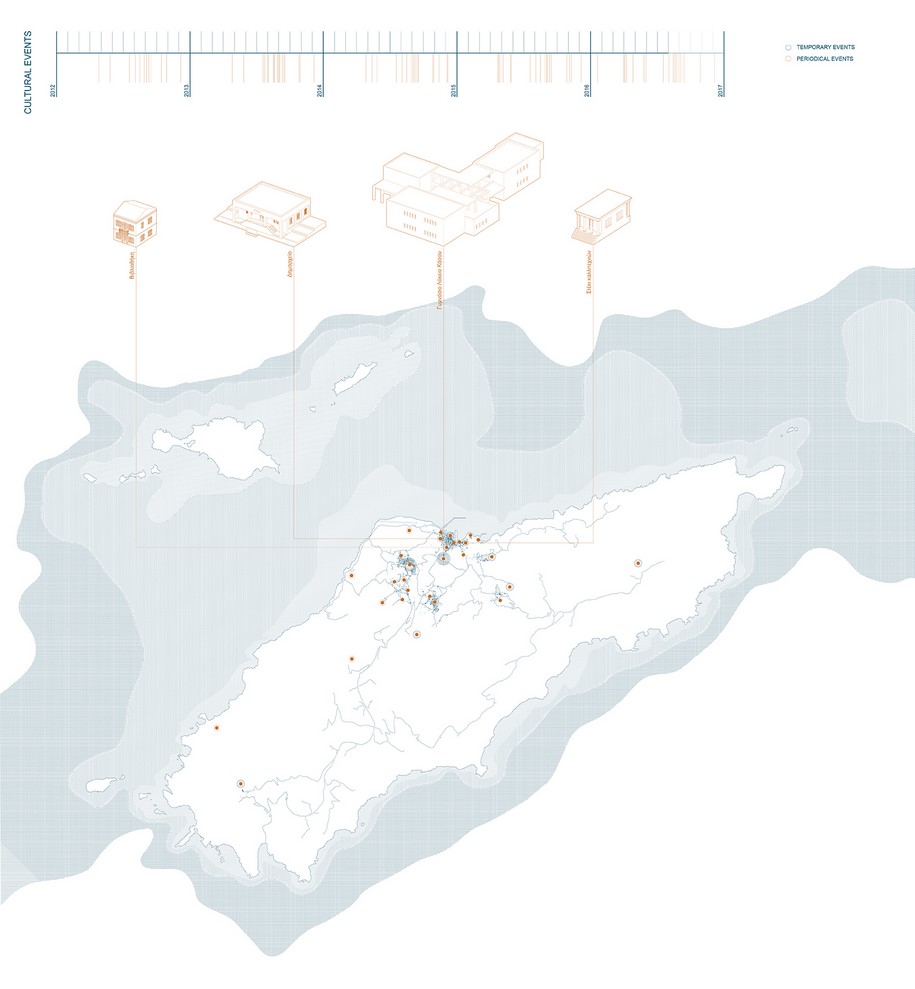 Notable is the number and type of landmarks on the island. Two caves with historical and archaeological value, a multitude of monasteries, windmills, captains’ houses, and farmers’ stables that still function as temporary livestock farms.
All areas outside of the boundaries of the settlements have been designated as Special Areas of Conservation by the NATURA 2000 program. A sector that remains underdeveloped, although geophysically the island offers its growth, is the cultivation of aromatic plants.

A great variety of local, aromatic plants, and with special feature that they thrive all months of the year. Nevertheless, the greenhouse created for agro-ecological reasons has been in complete disuse for years. In the intervention phase, the original idea emerged by searching examples of cultural osmosis in similar isolated settlements around the world.

There was a demand for an action that could essentially bring life back to the economy of the island, but also to the social level of the inhabitants. The scenario thus, is structured in accordance to the observations and findings previously recorded. For this reason, we chose to intervene in three of the five settlements and more specifically to create a network of cultural actions and to develop local production in order to serve the needs of residents and visitors alike.

A public intervention at the port of the island was set up, including a craft unit, a multitude of laboratories, an observatory, an amphitheater and an exhibition space. All are morphologically connected by a patio that joins all the individual buildings.

In the residential complex of the island, in Aghia Marina, we create a village of artists, consisting of artists’ residences and their workshops, as well as, a hall of events in order to accommodate the necessary uses. The intervention is organized around the central square of the village, and it is created from the beginning, but also around the existing church. In the end, it was concluded that the proposal should be done in phases, for the gradual integration into the lives and consciousness of the inhabitants, but also for economical reasons.