I AGREE
Archisearch Array
The Korean artists, MOON Kyungwon & JEON Joonho teamed up with U-TT to launch the newest version of the ongoing project, News From Nowhere. Past versions have appeared in documenta (13) in Kassel and the Sullivan Galleries of the School of the Art Institute in Chicago in 2013. News From Nowhere: Zürich Laboratory establishes an interdisciplinary and participatory platform to discuss urgent social, political, and economic issues. Located in the Migros Museum of Contemporary Art, the exhibition brings together artists, architects, designers, scientists, and documentarians in order to discuss issues facing contemporary society.
U-TT collaborated with Moon & Jeon to develop a novel adaptation of the classical agora – the place of assembly as well as festive congregation in ancient Greece – in order to ‘reclaim’ urban space. In their vision, the traditionally static agora has been mobilized; it can leave the exhibition space to roam the urban environment. It consists of a converted bicycle (Mobile Agora (Mothership)), which records images and sounds and plays them back, as well as movable stands for spectators (Mobile Agora (Tribune)) that can also be folded and deployed outside, on streets, sidewalks, and plazas. The ensemble is intended as infrastructure enabling the residents of a city to talk to each other and share ideas. Inspired by mobile street vendors’ carts, the bicycle is equipped with media appliances facilitating interaction in a range of formats, including: microphones, speakers, screens, projectors, and recording devices.
Lead designers of the tribunes and mothership were Diego Ceresuela, Alfredo Brillembourg, and Hubert Klumpner. The mobile agora transforms the museum into a site of interaction and communication by serving as a platform for lectures, discussions, and workshops, while also preserving traces of the urban environment of Zürich and other cities around the world. During a performance event held in the run-up to the exhibition, the sound artists and engineers Nadine Schütz, Zlatko Baracskai, and Marcel Aubert recorded Zürich’s urban noises and combined them with music and sounds from all over the world to create a distinctive global urban composition.
The city is brought into the museum – the walls of the exhibition space become permeable. In addition, U-TT and its spin-off film company, Gran Horizonte Media, produced a new short film inspired by the work of Moon & Jeon. Entitled La continuación del mundo, the movie portrays a young resident of Medellín, Colombia as she explores the ways in which cities form memories about the future and predict the past. The film was directed and filmed by Daniel Schwartz. 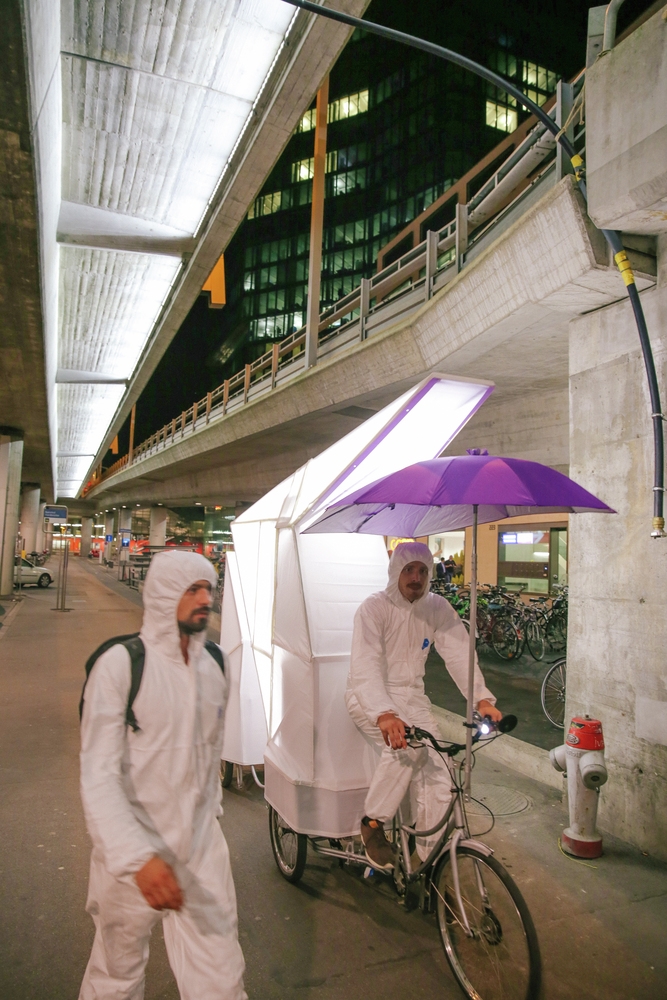