Architectural photographer Luke Hayes visited the concrete jungle of the Barbican Conservatory, unveiling a luscious garden in the heart of London.

Built to repopulate the post-war City of London, the Barbican Estate has become the poster girl for 1960s architectural idealism. And nowhere has its particular vision of utopia evolved more than in the conservatory, which was built in 1980 to disguise the theatre’s 100-foot fly tower and improve views for nearby residents. 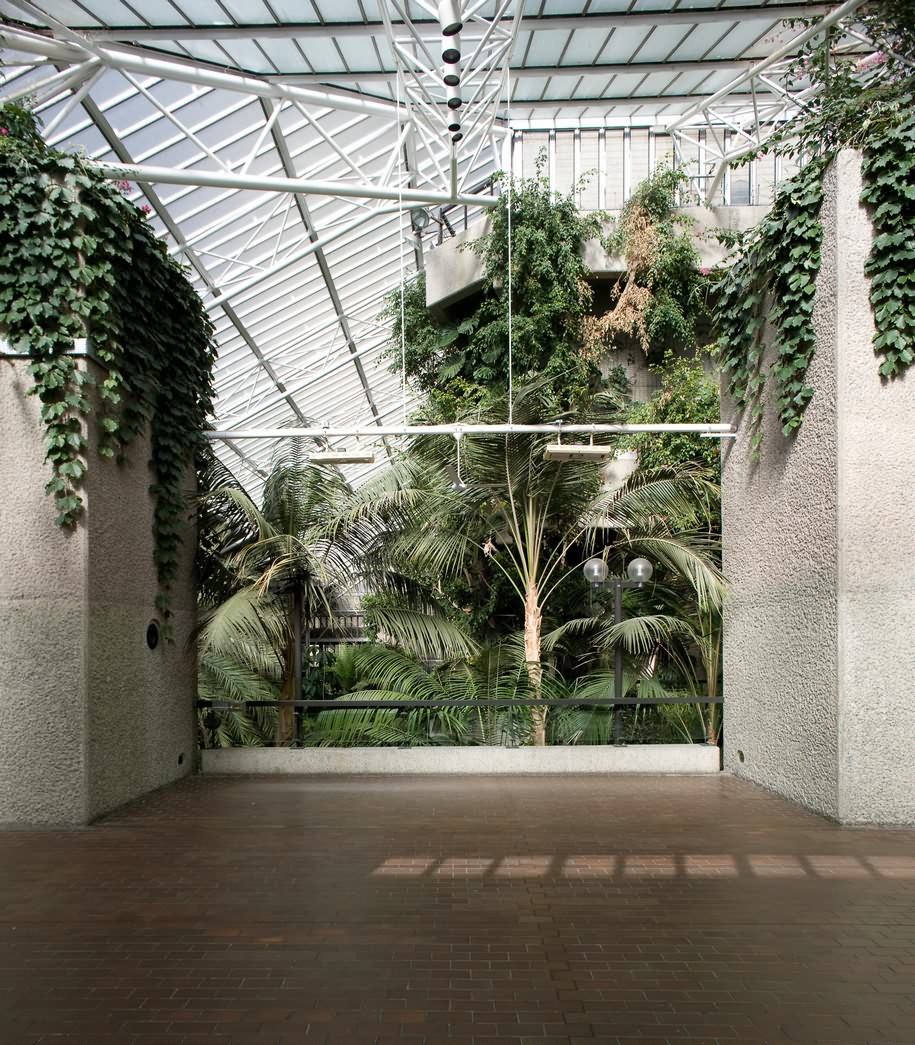 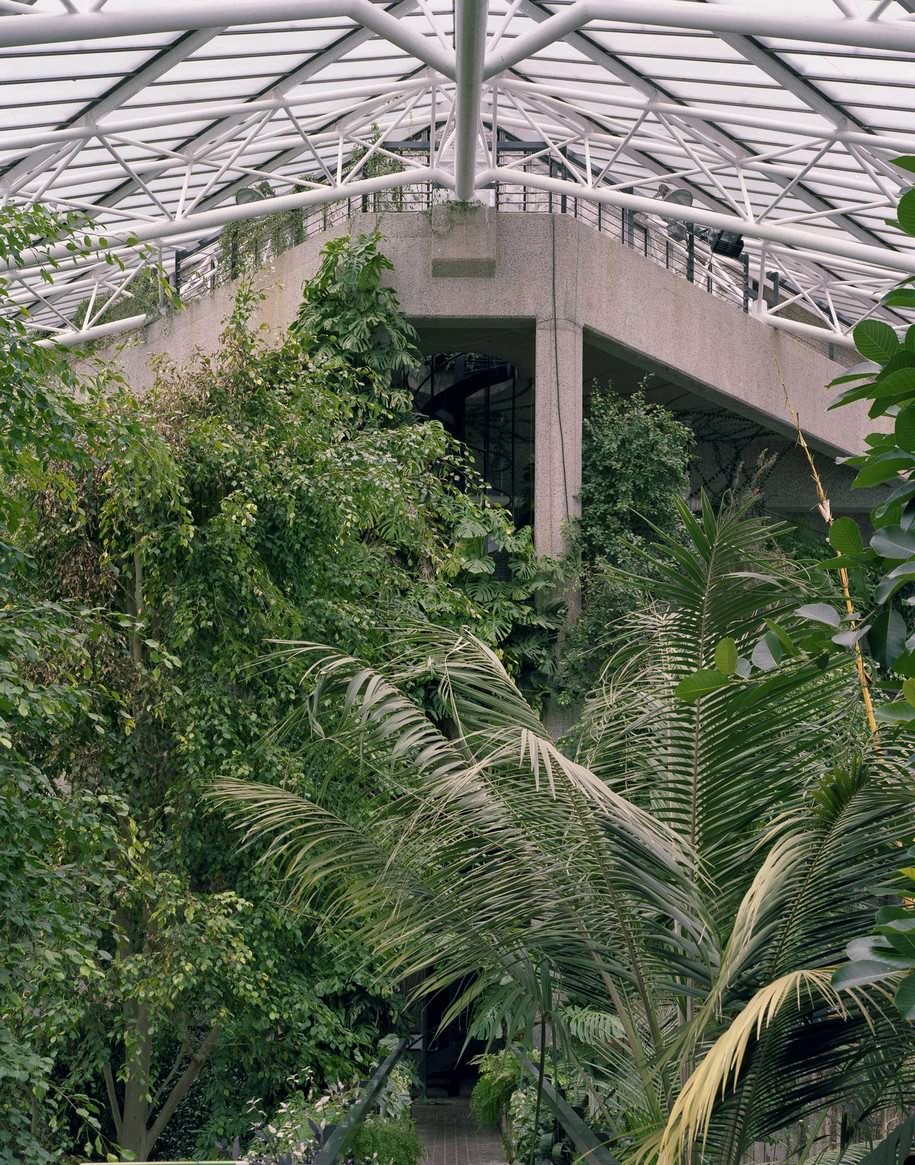 The tent-shaped enclosure houses an exotic collection of tree ferns, succulents, hanging gardens, cacti, ponds and creatures and is a fitting extension to Chamberlin, Powell and Bon’s great bulbous metropolis. An adaptation of the existing building, taken over by wildlife, its impenetrable balconies form part of the flytower. The space has the climate of a London summer, sweaty and draughty at the same time, but the bird noises, machinery, dripping water and the occasional splash of a fish make it feel authentically tropical. 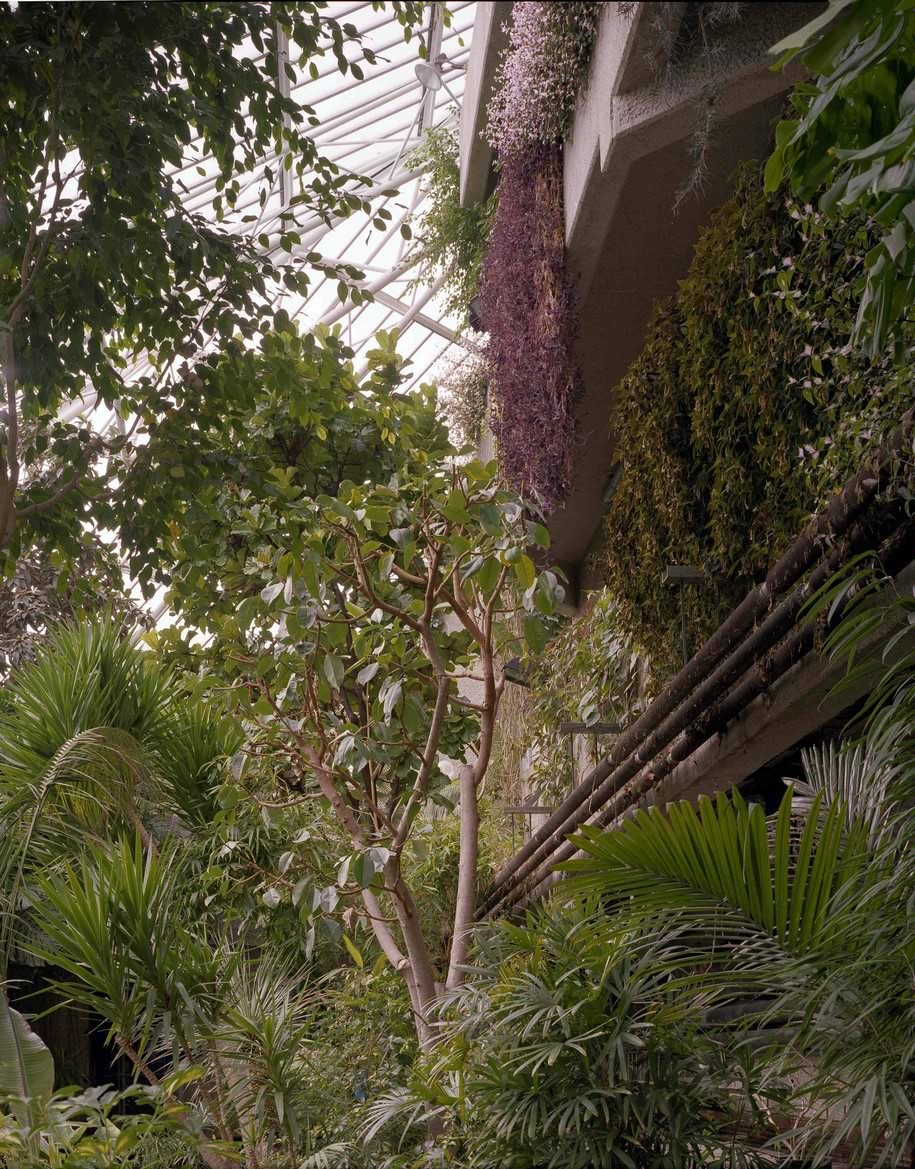 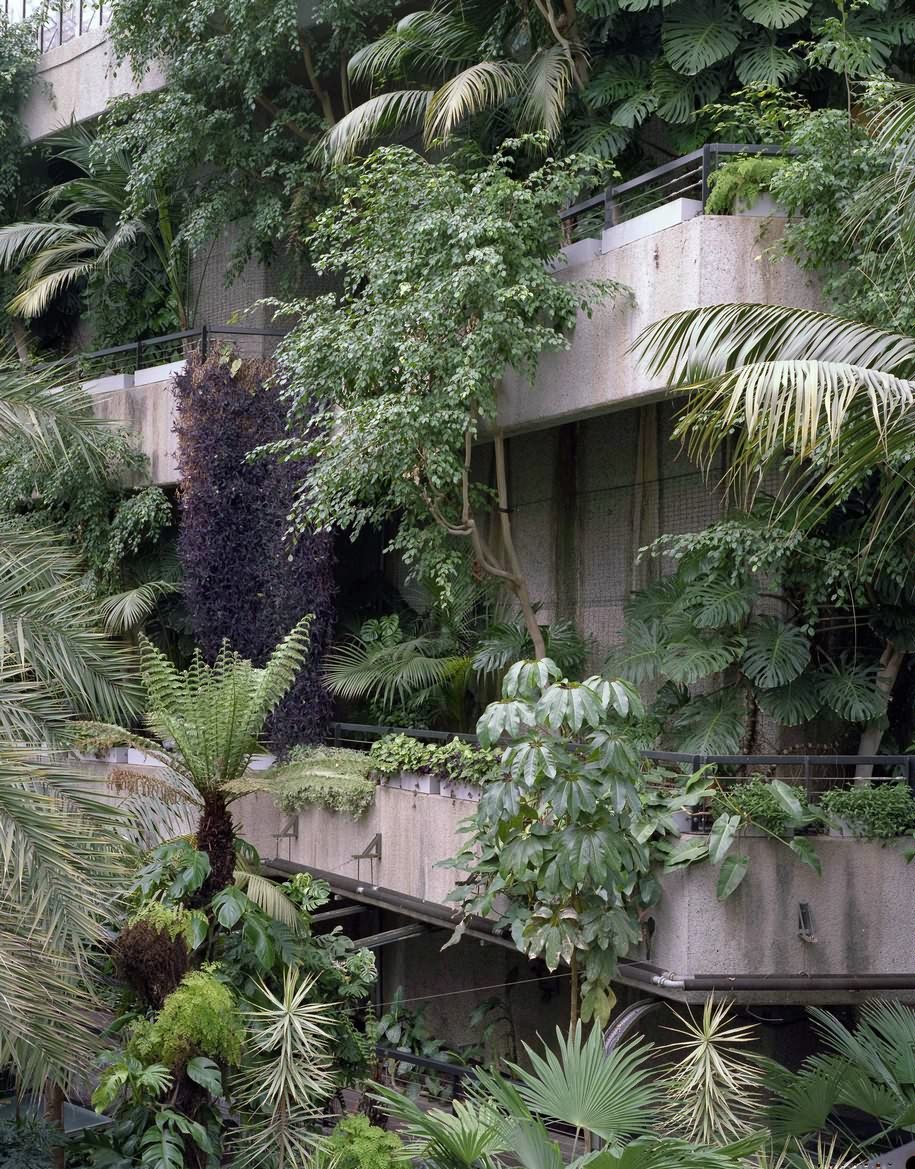 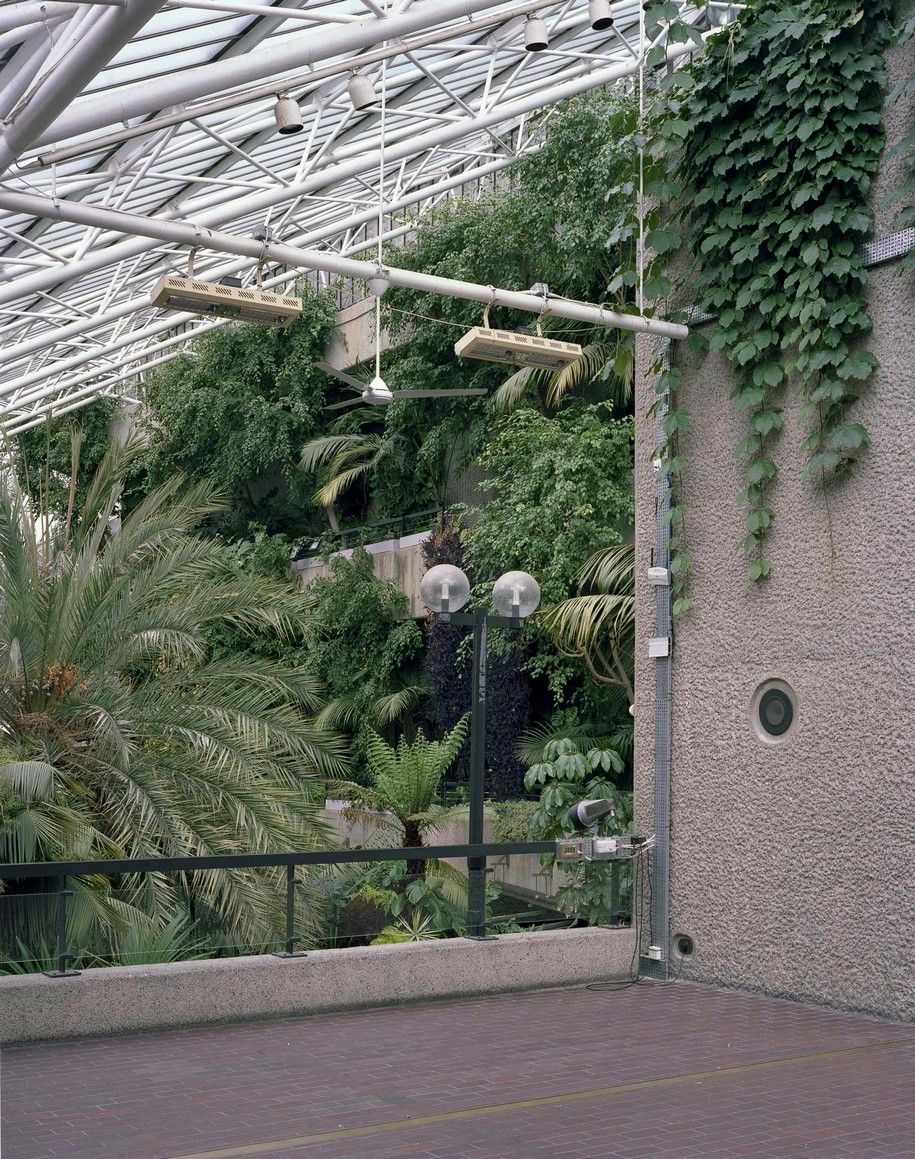 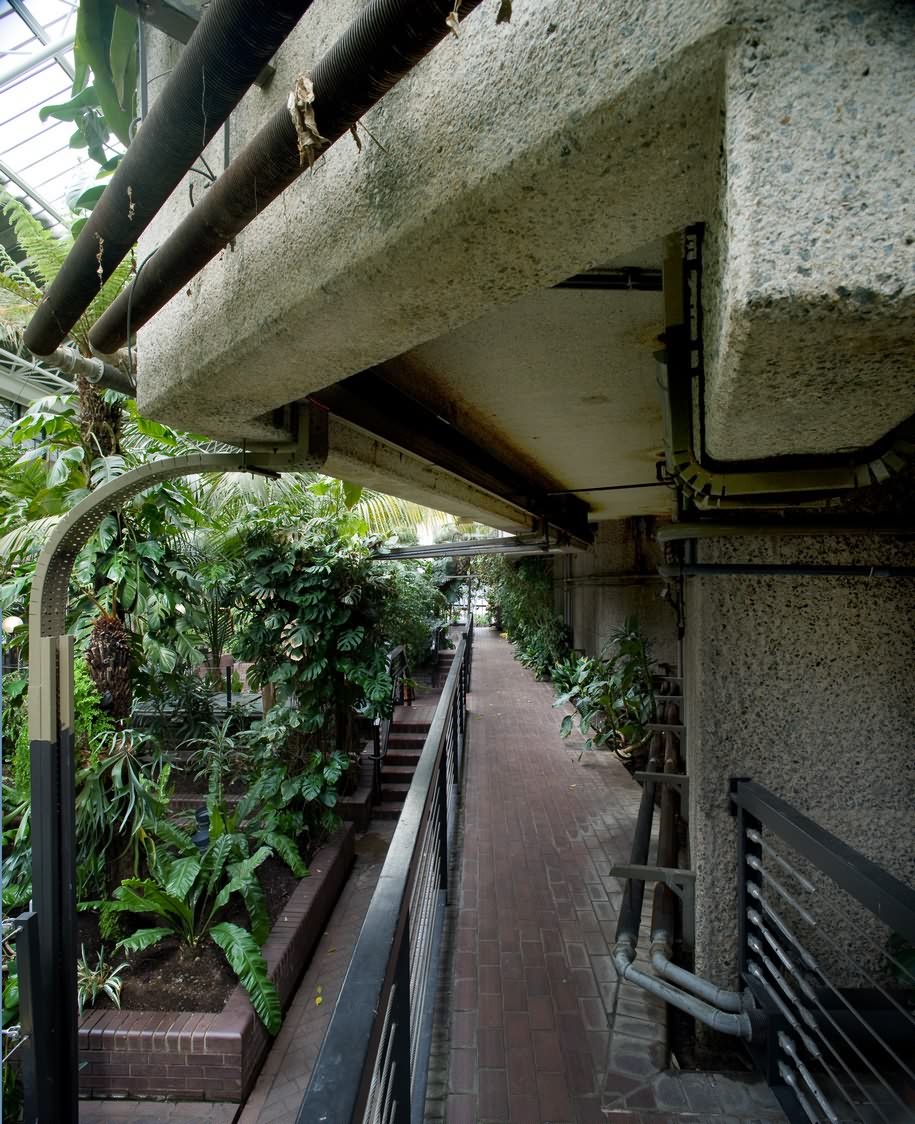 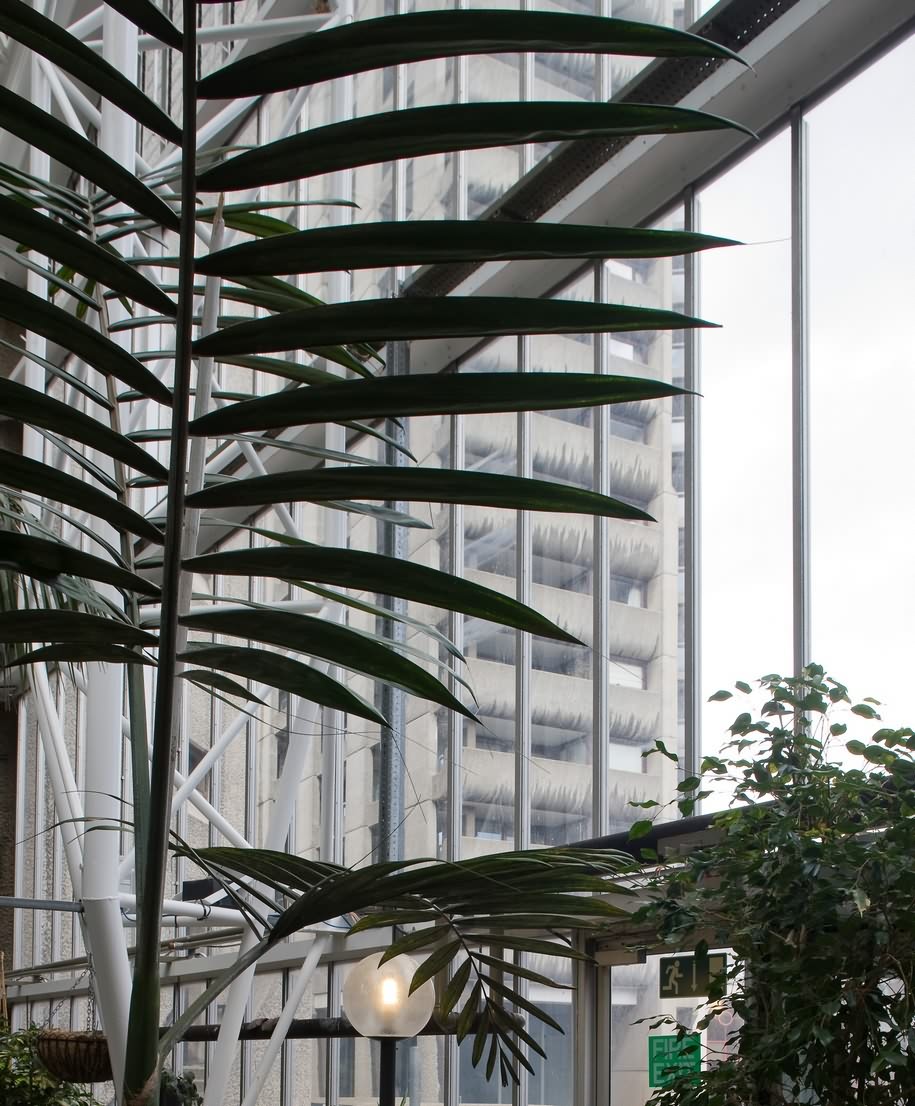 While the Barbican’s labyrinthine walkways are well-trodden, the quiet and artfully overgrown greenhouse feels like a secret. The conservatory features in a series of images of the capital’s hidden rooms taken by architectural photographer, Luke Hayes. He says, “Walking around the Barbican, the boundaries between public and private, between the arts centre and the residential spaces are invisible. When you find yourself climbing an abandoned staircase that ends up on the roof, there’s the feeling that perhaps you’re not supposed to be there, and that it might be someone’s penthouse. It’s that sense of the unexpected that makes these spaces so interesting to document. 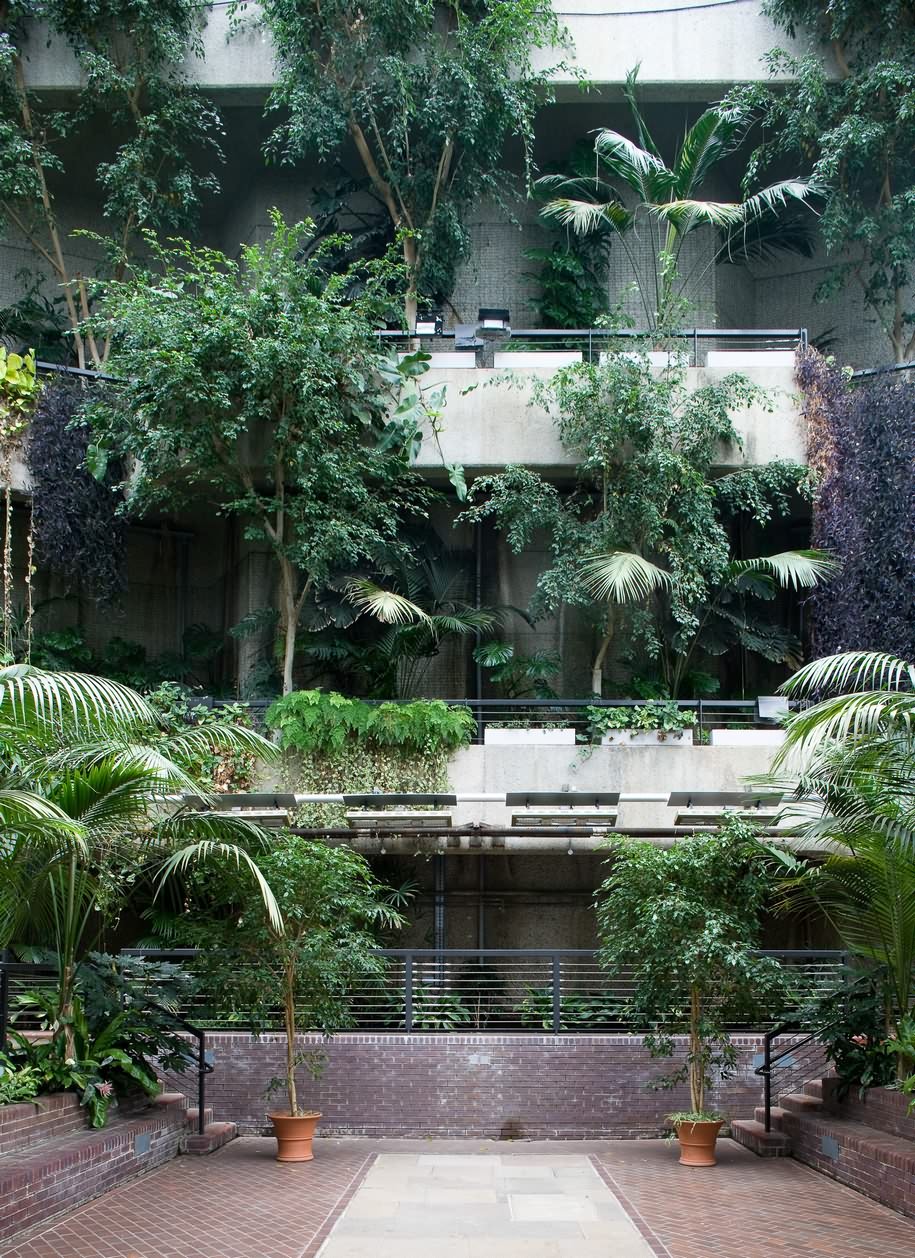 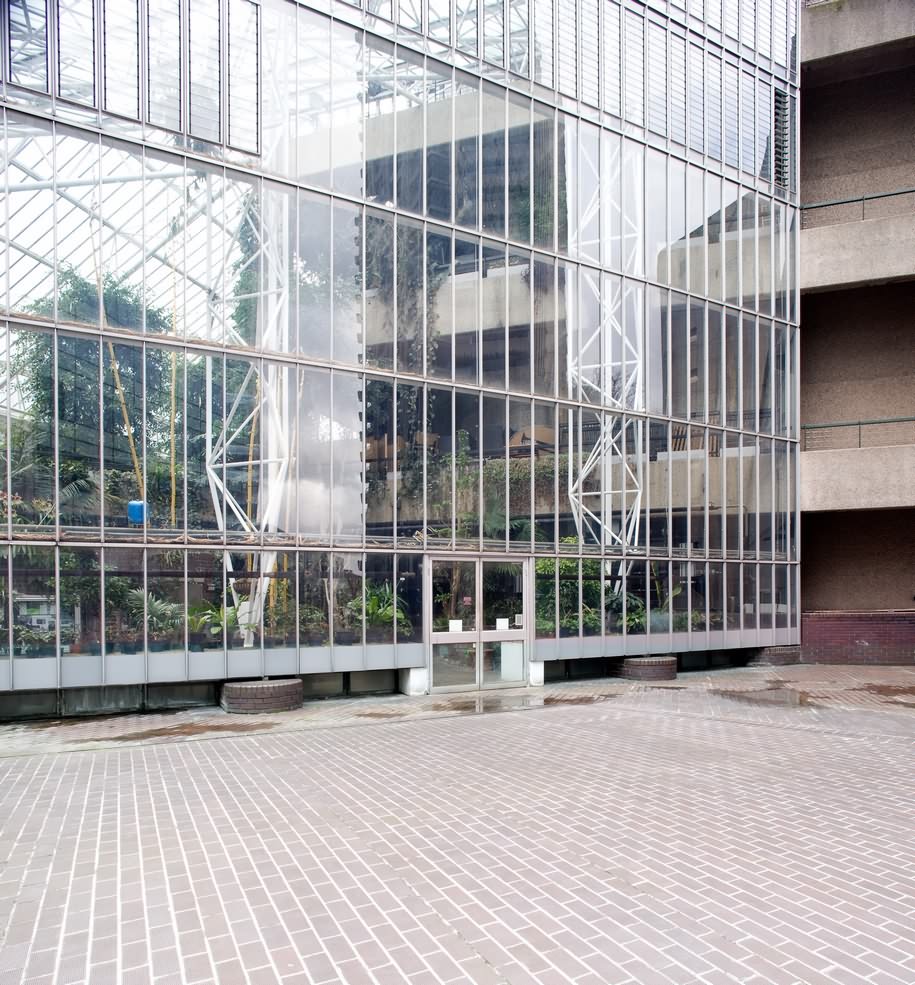 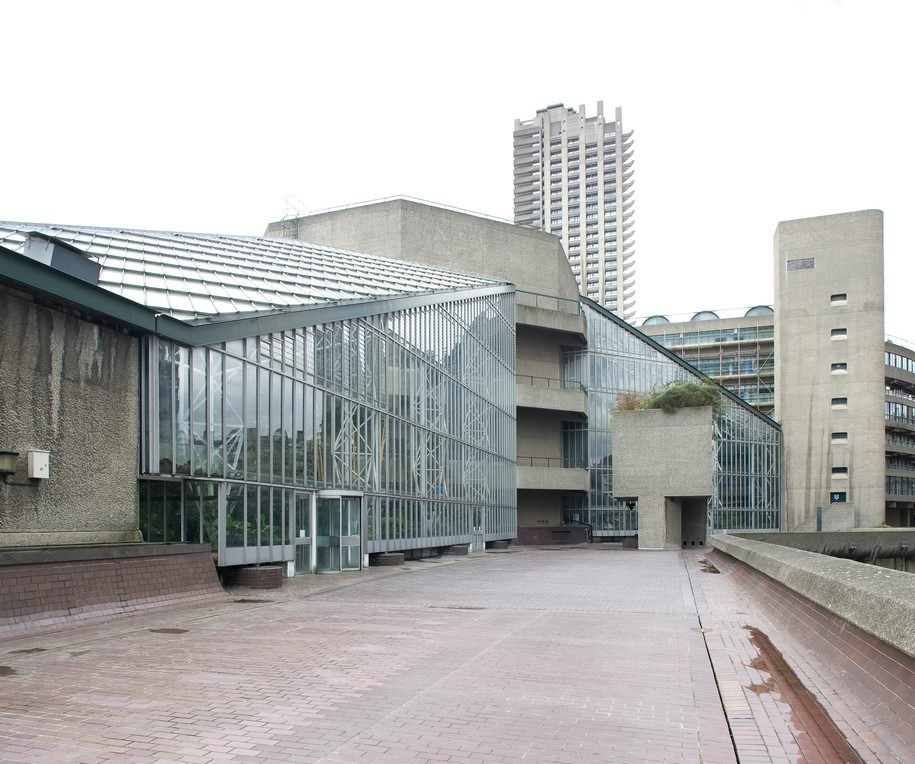 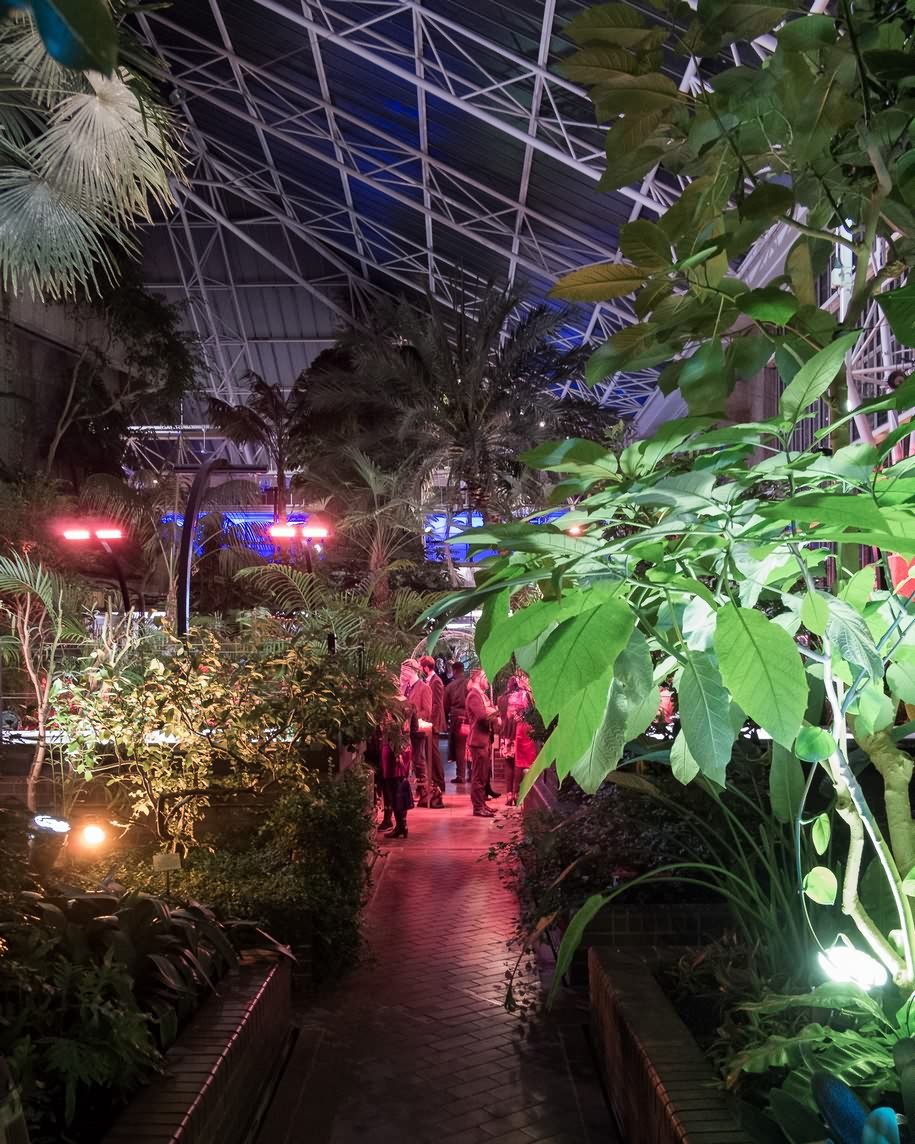 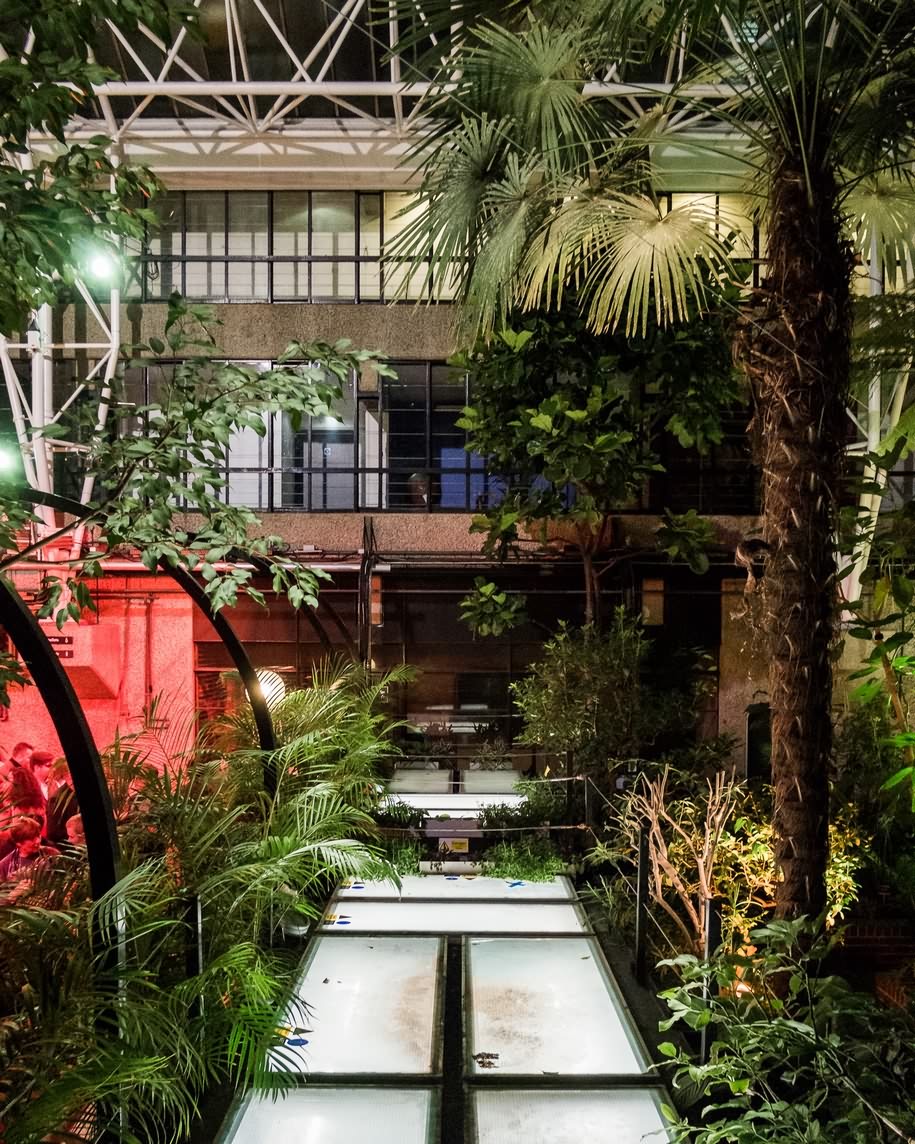