Architect Sophia Vyzoviti pushes, cuts, pleats, folds, and shreds the edges of architectural design – to startling effect. I was a librarian to architecture and engineering departments at a community college for some years, and found myself often promoting her work on folding matter to CAD-dazed sophomores; it opened eyes. Her emphasis on the techniques of handling physical models and materials is refreshing in a world when so many of the Prtizker class seem to work solely in software. I interview her here about augmented reality, touching stuff, and the aesthetics of smart textures.

Woody Evans: I love the notion that composition of new work can happen in physical material before it even appears as sketches. Seems especially important now that everything`s done with software. What kinds of attitudes have you encountered in other architects about starting with “stuff”?

Sophia Vyzoviti: Paradoxically, current digital design methodologies have revamped physical modelling. Especially in the context of architectural education it is not uncommon that state of the art advanced architectural design and computing studios initiate a morphogenetic process with hands-on experiments. Material computing is a recent discipline specific term that describes the analogue form-finding processes complementing the new digital design tools, usually in terms of geometric patterns, structural behavior as well as counter intuitive pathways to fabrication. In my opinion, physical modelling has been rendered relevant in the context of technology-driven architecture because of its emergence potential with respect to form -and structure generation –which not only complements but also challenges digital morphogenesis. This new genre of physical modelling is radically different from architectural models -whose function has been more or less substituted by renderings or 3d prints- it produces abstract yet full of potential, generative material diagrams. Perhaps today the predominantly geometric and structural paradigm of material form generation, in the lineage of single surface architectural experiments done during the nineties, is a little fatigued, as digital materiality has shifted the focus to bottom up, material intensive methods of structural aggregates. I am currently intrigued by the work of architects that would consider stuff less intelligently in terms of geometry or structure but more socially, collaboratively and environmentally, energizing the savage mind of a bricoleur, making do with disposed ready-mades, proceeding with immediate fabrication, exploring the potential of artifacts as matter embedded within non-standard social practices.

WE: There`s a fancy face on a bridge at Festival City here in Dubai that`s built up of thousands of metal squares that shimmer like pond water when cars drive under it. I`m surprised, though, at how creeped-out I am by some fuzzier texturing effects… maybe the “uncanny valley” pertains to buildings as well as it does robots. Hirsuta`s Raspberry Fields, cited in your new book, looks kinda creepy. What`s your take on biomimetic surfaces?

SV: The uncanny valley is a progressive analogy that architects should keep in mind for future reference. Current biomimetic architectural surfaces allegedly mastered mimicry of organic patterns and forms: coral species, sponges, neurons, honeycombs, yet remain far from becoming natural. While in terms of computational design convincing mimicry of organic form is quite an achievement, in terms of materiality the discipline has not yet undergone a paradigm shift. Research in architectural prototyping with organic matter is nascent, anticipating that advances in 3D printing will accentuate effects. To keep up with your analogy between architecture and robotics, even the more technologically advanced responsive or adaptive surfaces today barely achieve an equivalent of star war’s humanoid C-3PO. So we are still far from the valley.

I am not creeped-out by animated, textured and excessively patterned organic surfaces, nor particularly fond of them but rather impressed and intrigued by their digital craftsmanship. The uncanny factor is valid critique and perhaps a future evaluation criterion in the bio-mimetic architecture debate. Almost a decade ago William Gibson described feelings of nausea stimulated by building shape change. There is a lucid paragraph in Idoru where the main character is watching the rising sunlight altering the urban skyline of Tokyo and gradually becomes sick. The uncanny factor could establish criteria that regulate the performative aspects of a responsive / adaptive surface – in other words its behavior. I find extremely interesting that the discussion of user needs, has re-emerged in the architectural discourse through technology driven human- artifact interaction issues. As tools and know how perfect, aspects of architectural operation and performance are becoming more relevant again. Imagine how annoying a subservient domestic or office environment could be, a neurotically responsive shell, always tempering, oscillating, shading, and illuminating. We may soon be nostalgic of the objecthood of artifacts.


WE: We`ve talked a little in the past about disaster relief solutions, and I know you`re familiar with the hexayurt. You`ve done some of your own disaster housing designs too, haven`t you?

SV: I am fascinated by the notion of ‘open hardware’ in architecture, which is very much the case of Vinay Gupta’s easy to construct disaster relief housing. My own proposal for an emergency shelter was an entry project for the UiA /ARES competition which received a honorable mention. The project aimed at the production of an emergency eco-park strategically designed with the potential to transform within a few days into a settlement to shelter people affected by natural disasters and particularly earthquakes which are common in the region of Thessaloniki, Greece. In terms of urban design the proposal highlighted opportunities for the re-appropriation of the redundant terrains of former military camps in the city. The proposed shelter unit is energy-efficient, recyclable, polymorphic and extendable, easy to transfer and install and capable of engaging the dwellers in its construction process. The performance objective in its design was to provide safety and the highest quality of living possible under the circumstances. In this sense thermal comfort and individual floor area within the dwelling were considered as a set of minimum necessary conditions. The dwelling core is a self- supporting pleated tube to which deployable components – sleeping areas, veranda and bathroom – adhere. Dwelling parts were stored in the location in flat packages and erected in situ. The pleated surface is multi-layered, including structural strata (honeycomb cardboard, Tectan board) and insulation strata (Actis, Gore-Tex). On its south-facing side, the hot air accumulated between the pleats can be released into the interior. Side and top facets can rotate into openings. The ambition behind the formal aspects of the design of the pleated shelter was to combine knowledge from the domain of folded plate shells and deployable structures employing pleat patterns deriving from origami. Soon after the competition entry we fabricated together with students, a minimum inhabitable prototype using corrugated paperboard. The performance of these origami based surface prototypes in terms of kinematics is fascinating; they manifest translational and rotational deployment, flat packaging, axial revolutions. They bare the potential to become a prime field of research for kinetic – responsive surfaces.

WE: The designer C. Sven Johnson developed the notion of semi-virtual “kirkyan” objects a few years ago, and it`s still a compelling concept to me. But I wonder if it`s applicable. Do you imagine there`s any really important roles for augmented reality in buildings or city systems?

SV: In the Aristotelian Hylomorphism model forms are inherent in matter. Geometry, the predominant form generator in architecture, comprises according to Aristotle non-physical matter, which he describes as intelligible or noetic matter. This is a very old idea, but considering geometry as primal intelligible matter of digital simulations, it can serve well as historical precedent. The kirkyan objects are similar to Bruce Sterling’s Spimes, and according to some analysts they are already between us, thinking of smart phones. If we take into account current computing design communities, on line libraries and digital fabrication facilities, we could envision that we are not far from the applicable. Augmented reality today certainly facilitates way-finding and navigation systems, and in this sense urban space is already saturated with information. Think of locative media, relying on GPS, mobile phones and laptops but applied to real places, therefore potentially affecting physical and social interactions. William Gibson, devotes a thematic thread in his novel Spook Country around locative art and the internet of things. I believe that techno-scientific innovative concepts become significant only when they trigger or become embedded in social and economic innovations. When this overlay of information and matter, fosters sustainable ‘cradle-to-cradle’ building production systems and forwards a society of abundance, then digital commonwealth can become really important.


WE: What would you hope the readers of Soft Shells do after they put down the book?

SV: Soft shells is about sharing design tools. It has been designed with a ‘toolbox’ character and structured as an ‘open hardware’ encyclopaedia. There are four processes of surface transformations that organize morphogenetic experiments and their applications in chapters: cut, pleat, tile and weave. As techniques, they are associated with the ancient craft of textiles. As vehicles of architectural thinking, they evoke the textile as a retro-novel paradigm for architectural design.

I really enjoy feedback from the readers. In the past few years I have realized that my previous two books, Folding Architecture and Supersurfaces appeal to both hands-on and digital designers. The work is primarily analogue, conducted in a low-tech, high-concept fashion, but operates as a digital morphogenesis propedia, exercises algorithmic thinking and suggests alternative and cross-over fabrication methods. In Soft Shells the experiments confront the geometry of surface transformations with material effects, incorporating factors such as gravity, time, and human participation within the morphogenetic process. In the last chapters, I am preoccupied with participatory form finding platforms, and suggest methods for the formation of collective repositories of form generation narratives. As a term narratives rather than strategies -which is more commonly used- imply a linguistic aspect of form generation, possibilities for generative instructions to be recited in a conceptual merge of macro commands and archaic rhapsodies. In conclusion, I would hope the readers enjoy Soft Shells and appreciate it not only as an inspiration and ‘how to’ book, which it certainly is, but also as part of a collective work in progress and a pending invitation to participate in DIY architectural culture of making.

Architect Sophia Vyzoviti is assistant professor of architectural design methodology at the Department of Architecture, University of Thessaly, Greece. Her research focuses on design tool development, exploring how form generation processes mediate between social groups and artifacts to transform conditions of spatial interaction. Vyzoviti’s goal is to enhance community cohesion through collective creativity employing design principles from an interdisciplinary field between architecture, urban sociology, anthropology, and artificial intelligence. Areas of application include architectural and urban design, as well as interiors and installations. Sophia Vyzoviti is the author of three books on form-generating experiments in architecture and design: soft shells, supersurfaces and the best-selling folding architecture released by BIS Publishers Amsterdam.

Woody Evans is a librarian living on the south side of Dubai. He’s written for American Libraries, H+ Magazine, Juked, Public Scrutiny, Library Journal, Rain Taxi Review of Books, 971 Menu, ACCELER8OR, and others. His new book, Information Dynamics in Virtual Worlds, is out now from Chandos. 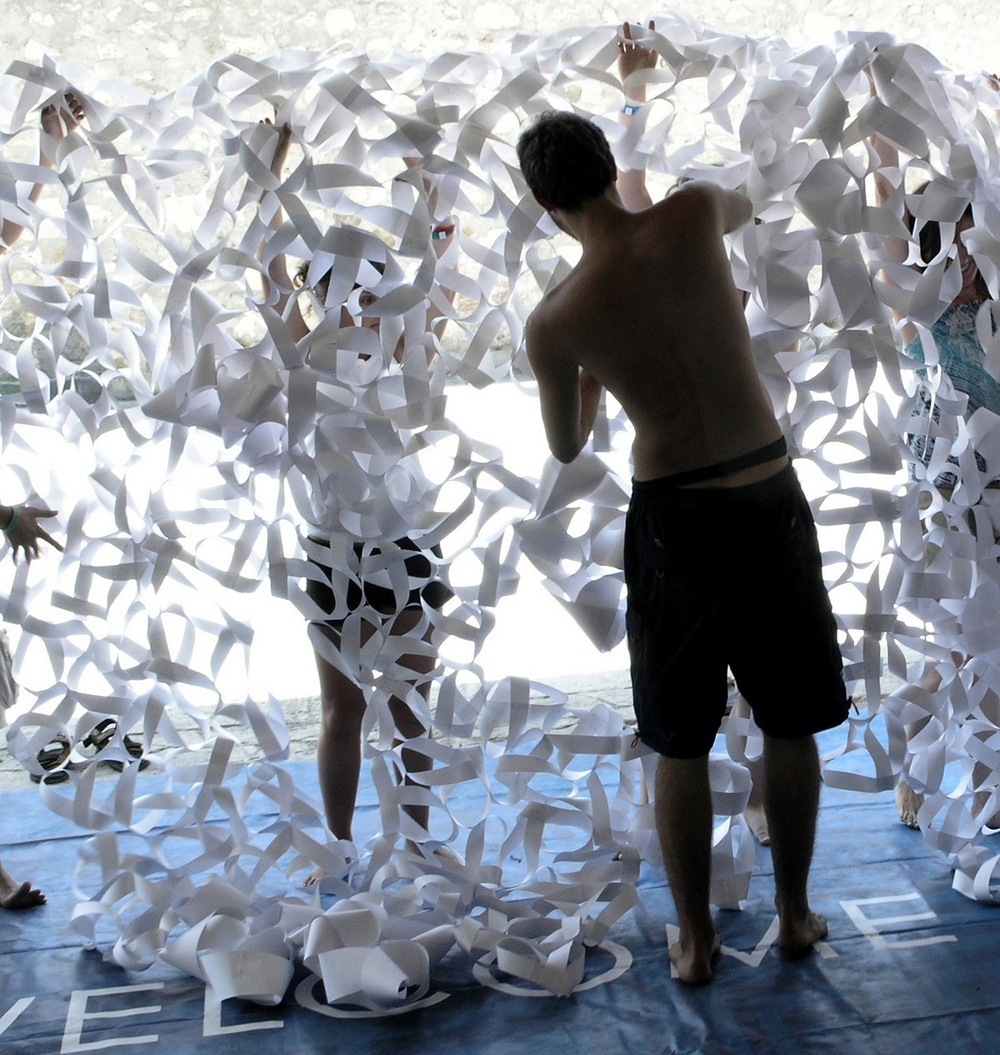 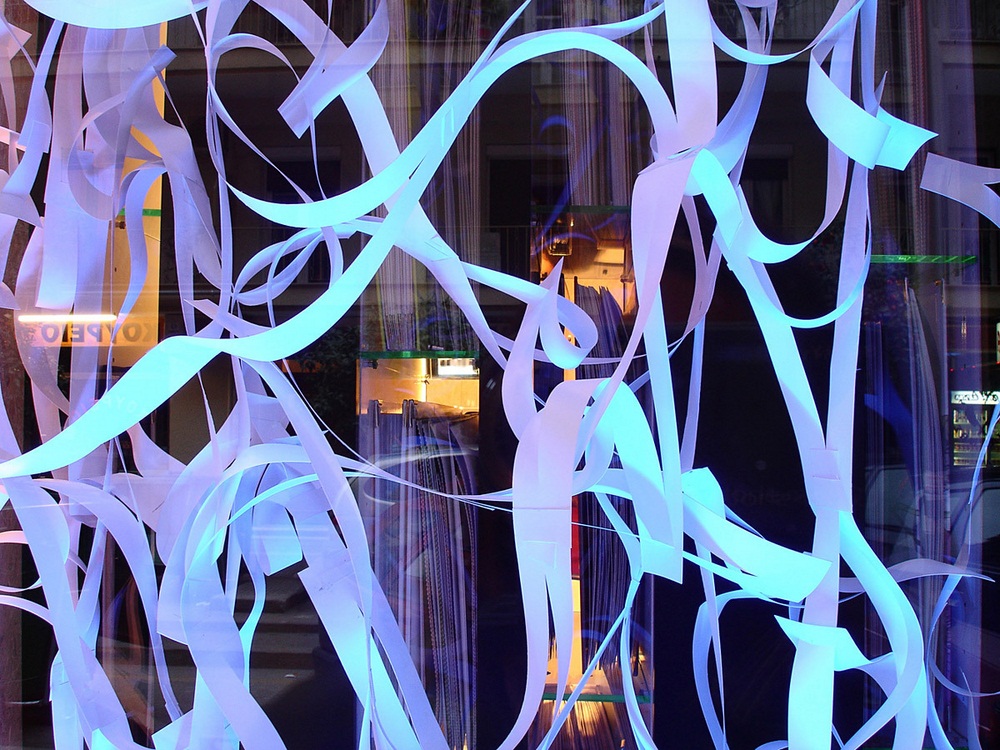 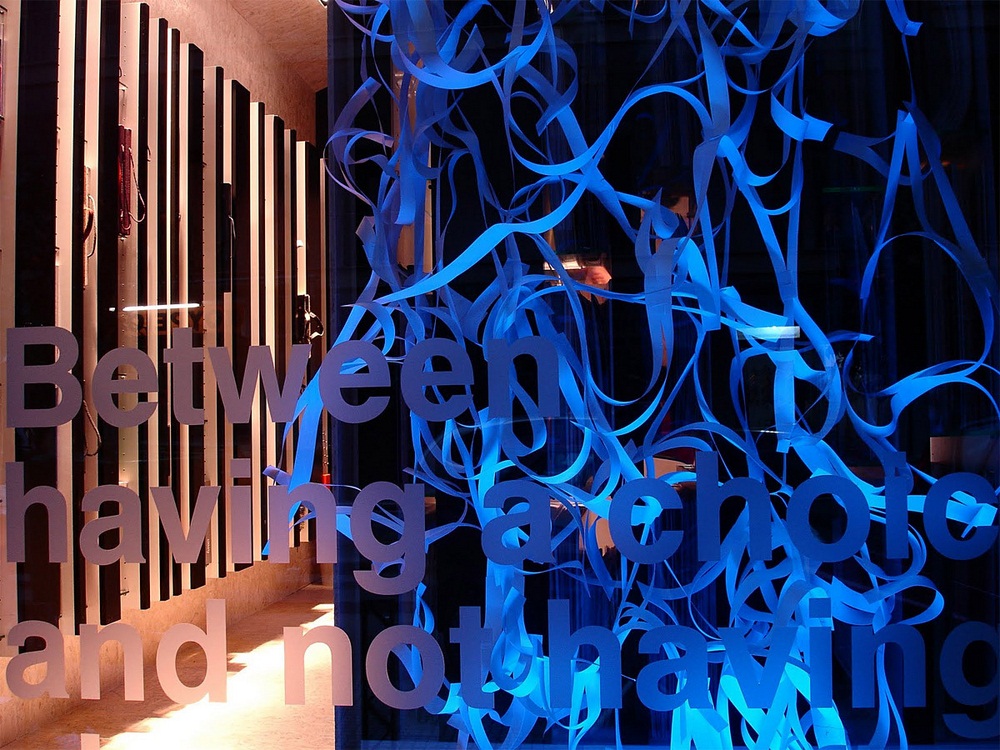 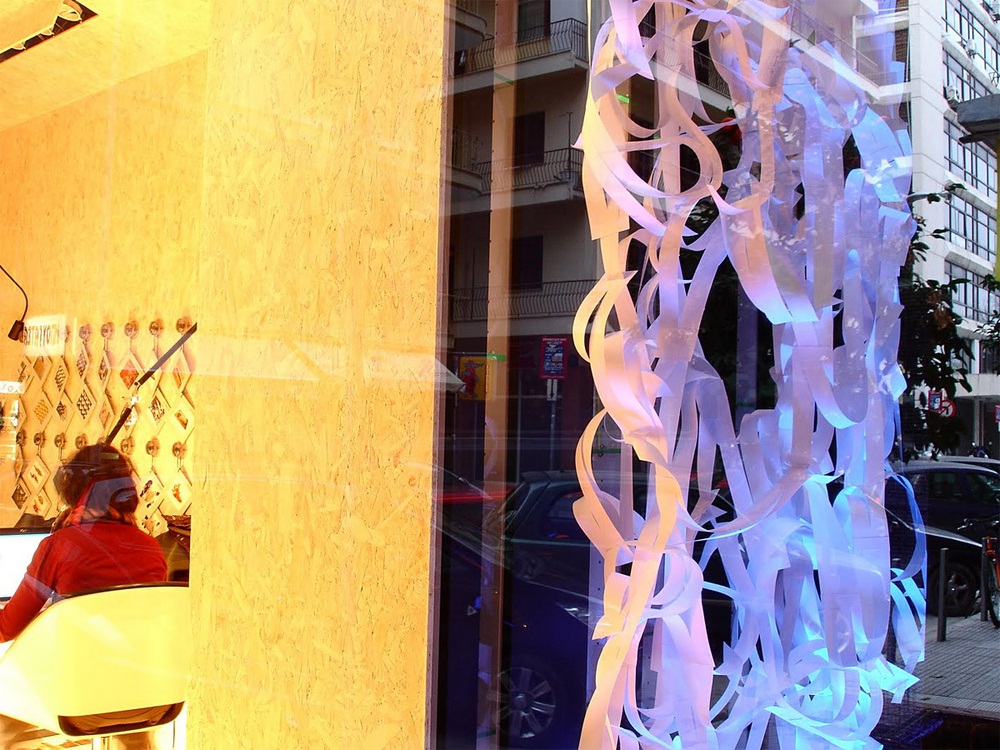 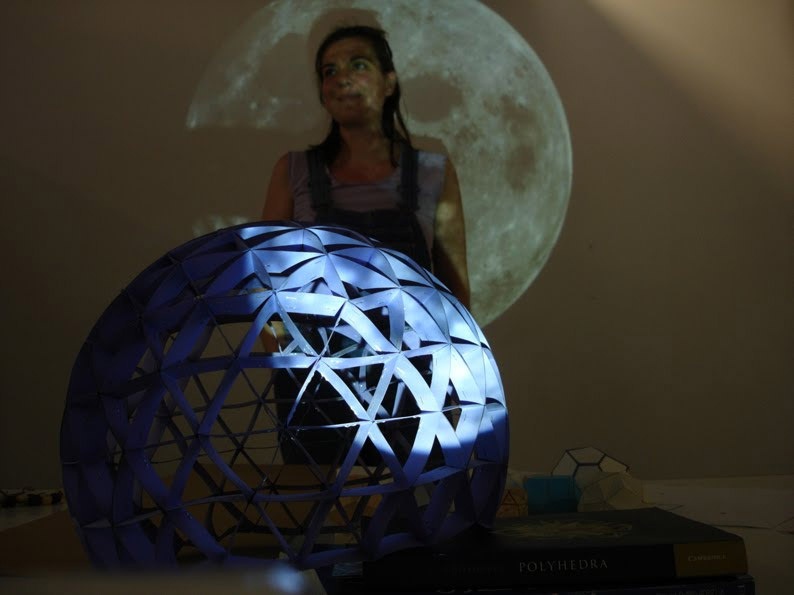 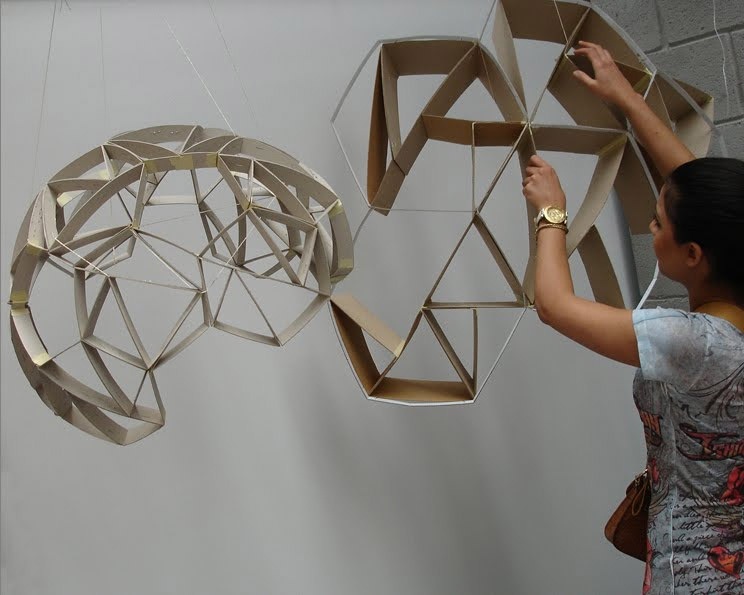 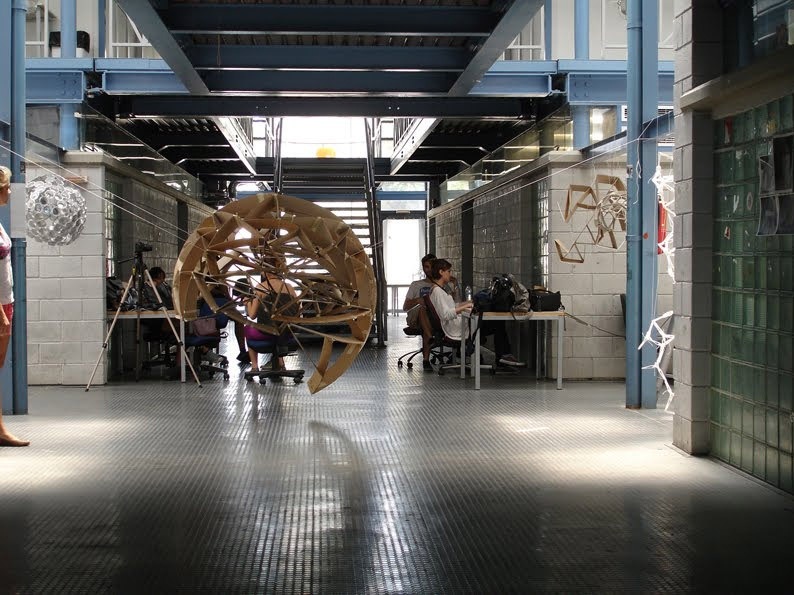 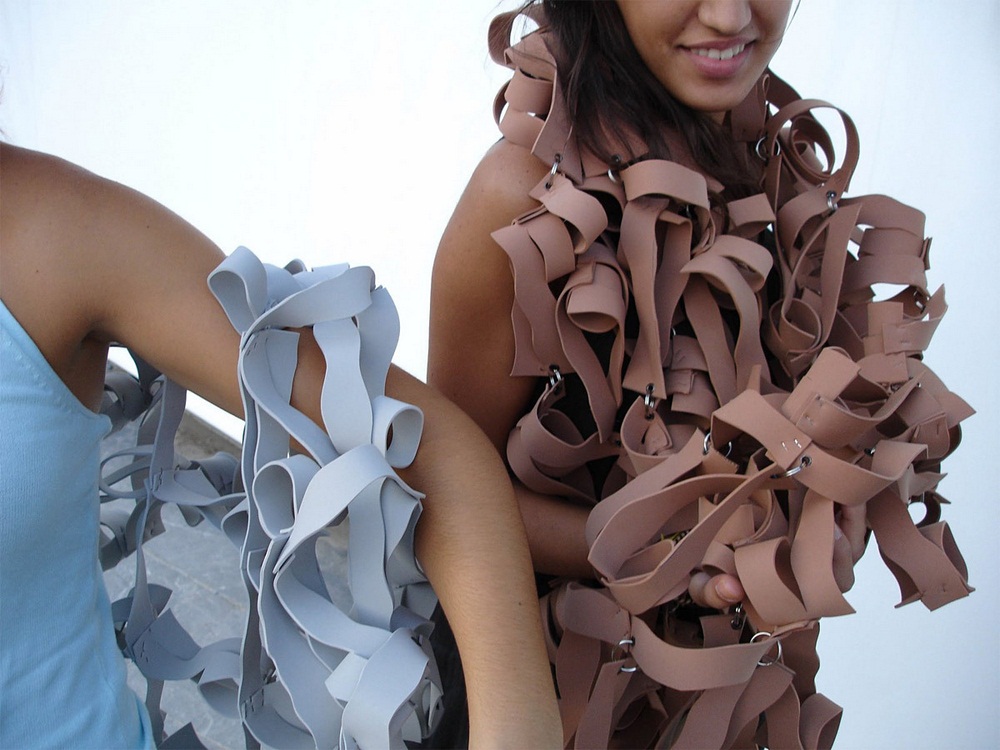 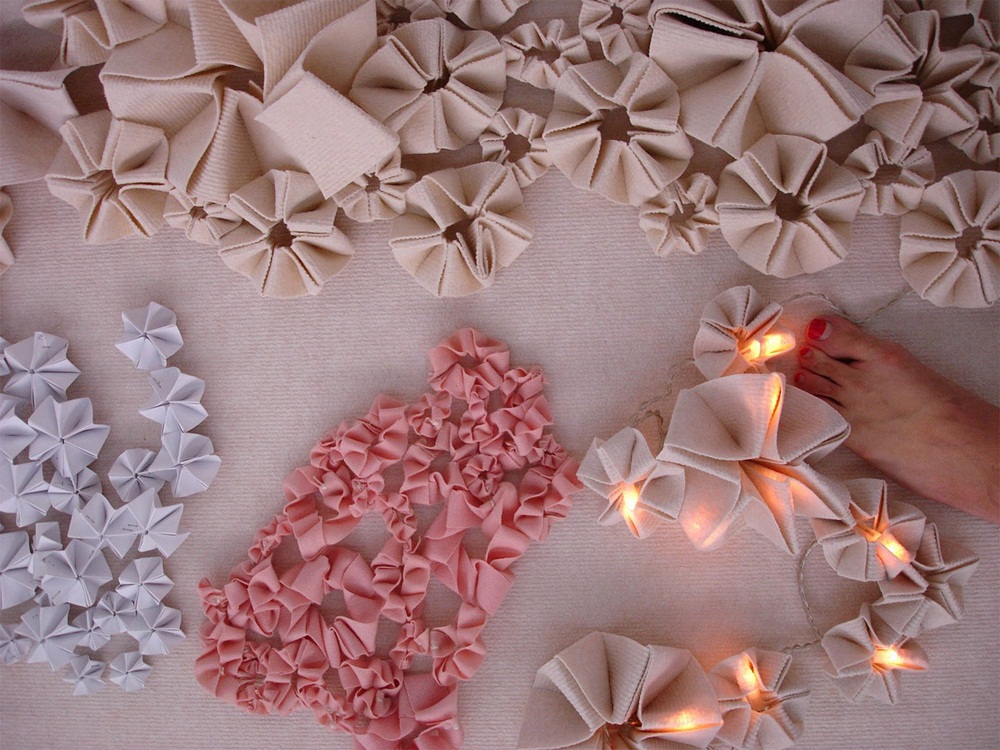 by MARIANNA TSAPEPAArchisearchhttps://www.archisearch.gr/wp-content/uploads/desired-landscapes5-370x700.jpg
SHARE THIS PAGE
WITH YOUR FRIENDS