In a residential complex designed by J.Ll. Sert in the 70’s, NOOK Architects were assigned for the renovation of one of the building’s apartments. The proposal’s goal was to preserve the original design’s principles and at the same time fulfill the modern needs and client’s wishes. Every additional space and element has been removed in order to achieve a better connection between rooms, while the 70’s aesthetic was maintained. 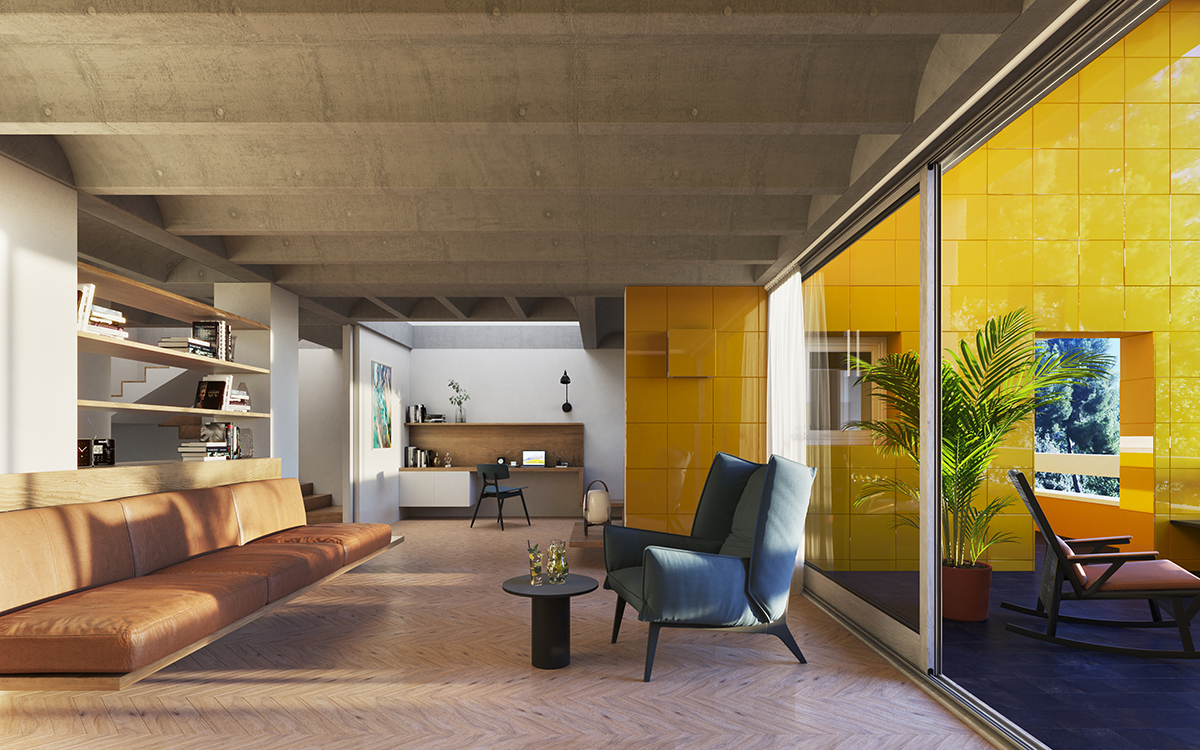 Renovation of a duplex located in the residential complex designed by J.Ll. Sert in the 1970s. The apartment forms part of a complex that originally consisted of 26 homes inspired by the duplex model of the Immeubles-Villa of Le Corbusier. The original plan was based on a low-density residential complex, one of the blocks occupying the central area of the site.

After a thorough consultation of the archives, we discovered that the building had undergone modifications with respect to the original project. A change in urban planning prevented the interior of the block from being built, and so the building had been converted into larger blocks. 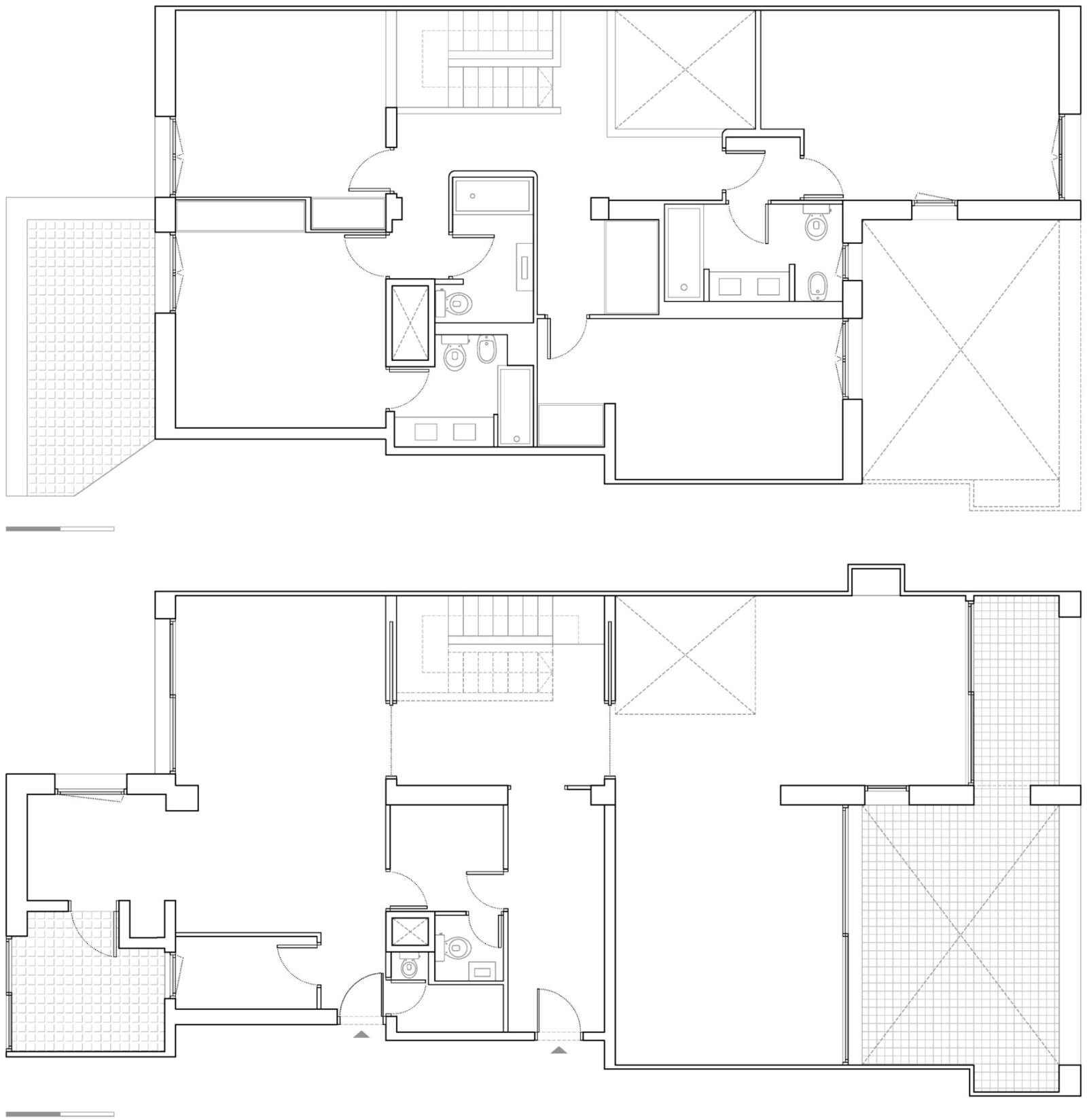 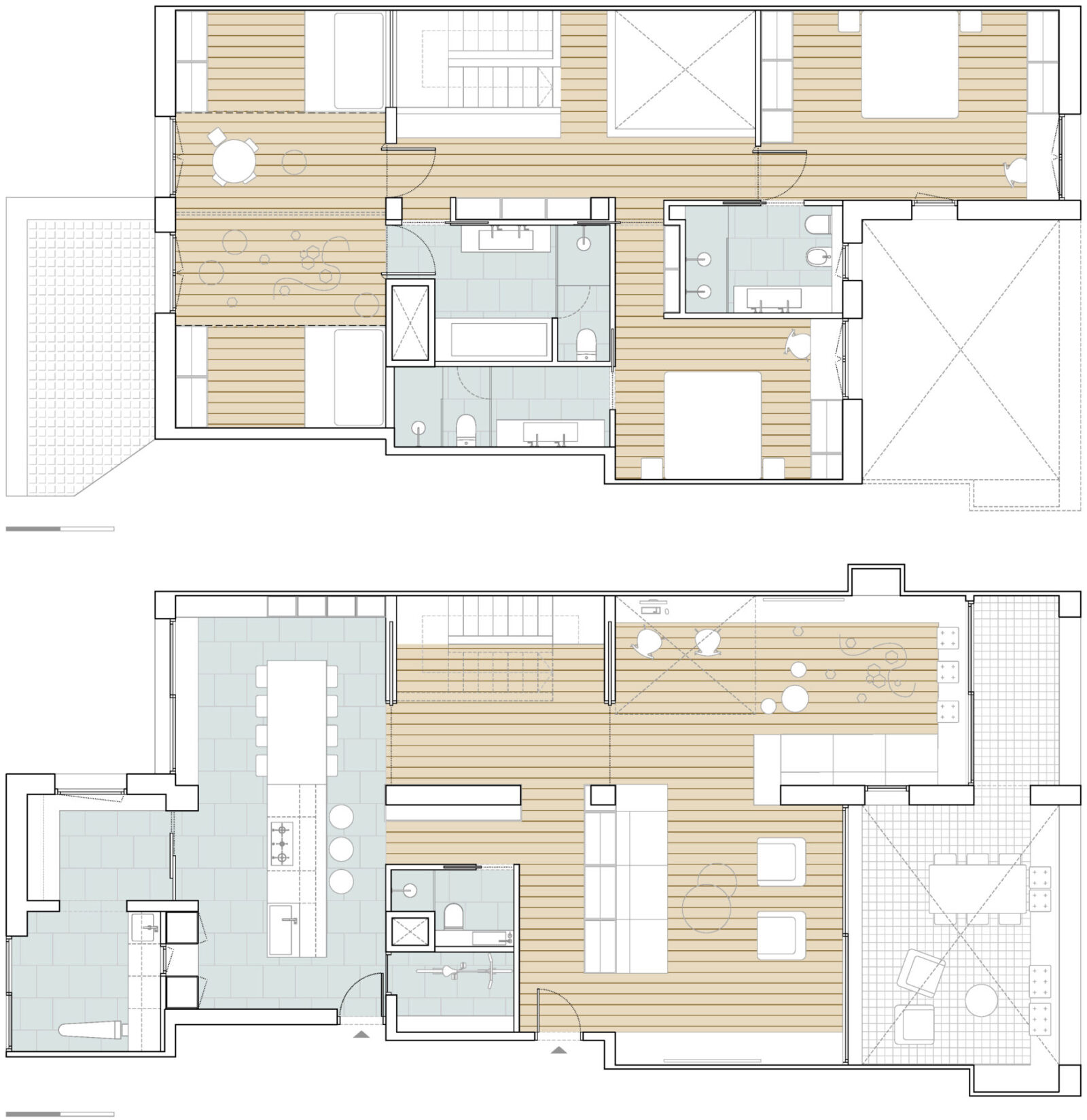 The result is a cubic composition of almost brutalist style, with structural concrete porticos that frame the balconies and large tiled walls. Sert combined the modernity of his American influence with local elements, such as vaulted slabs, folding shutters and the green and ochre wall tiles so typical of La Bisbal ceramics. 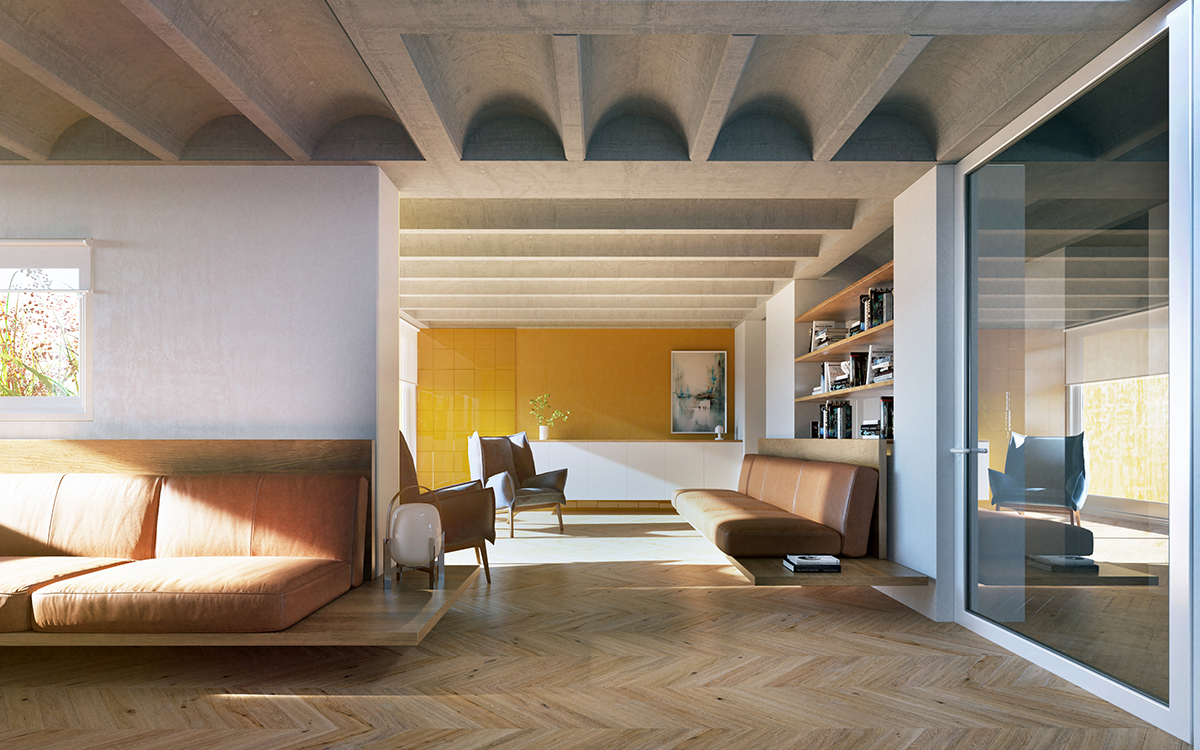 Our intervention strives to return the home to its original plan, while incorporating some characteristic elements of modern life. The number of rooms in the apartment is unchanged, but secondary bedrooms for household employees have been removed, and the kitchen has been enlarged to incorporate a dining room space. As a general strategy, there is a greater connection between rooms, which we achieved by removing additional spaces that were not part of the original project. Uses have been merged and old confines have diluted to bring the overall functioning of the apartment up to date. 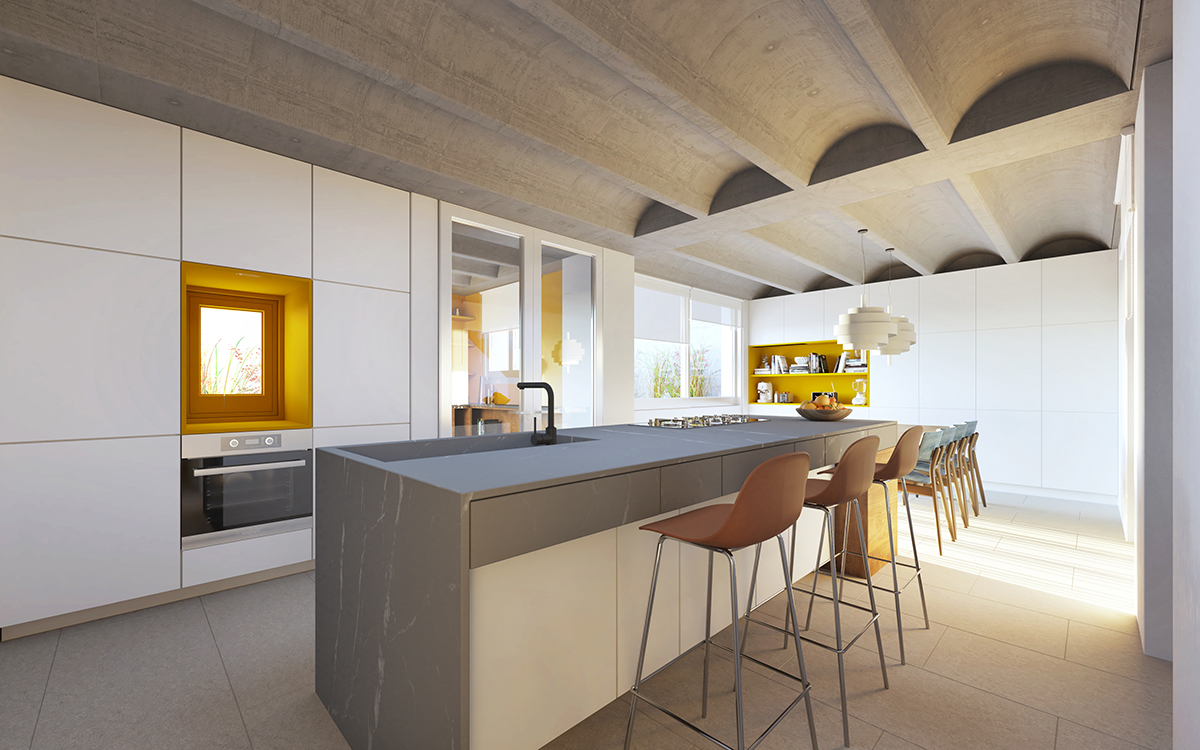 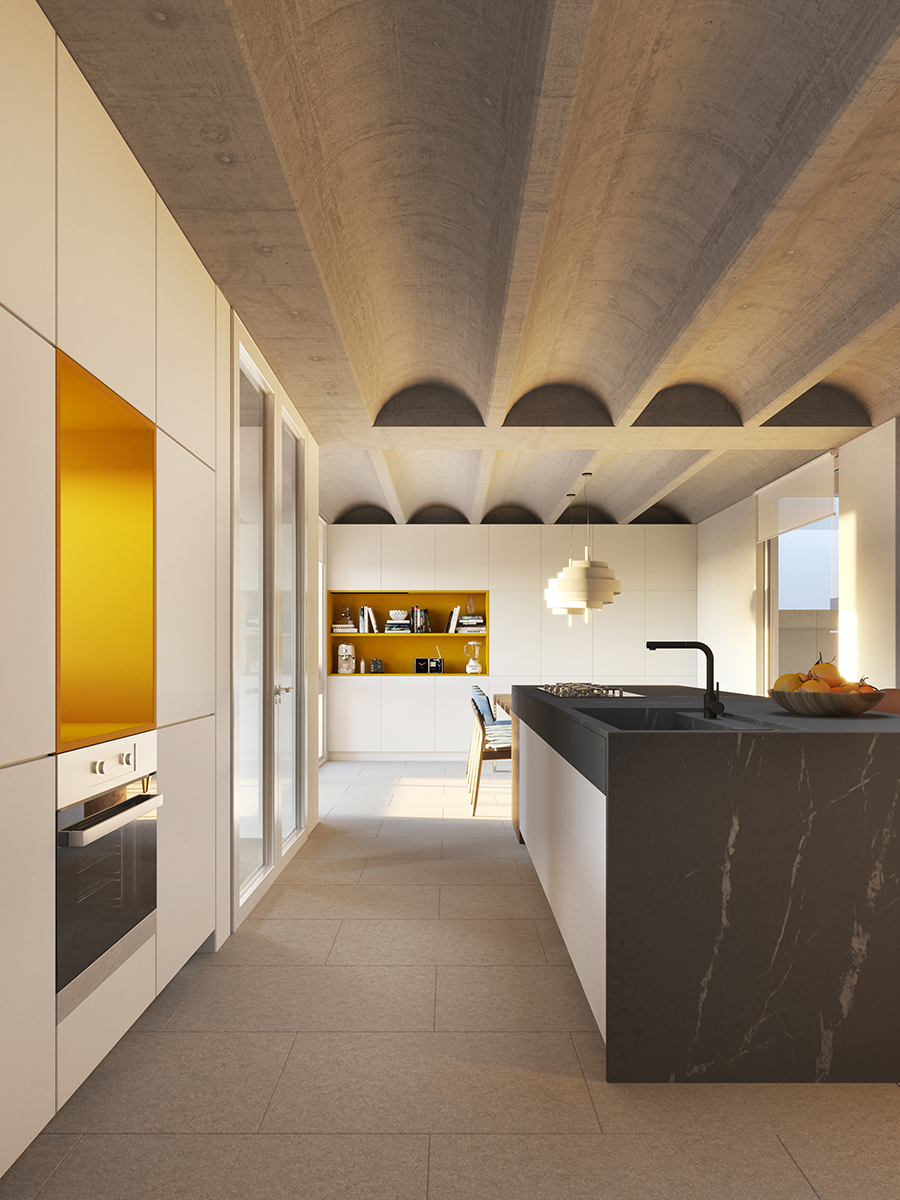 The result of the renovation is a home that meets the functional needs of the new owners and proudly exhibits its original structure, modified over time. 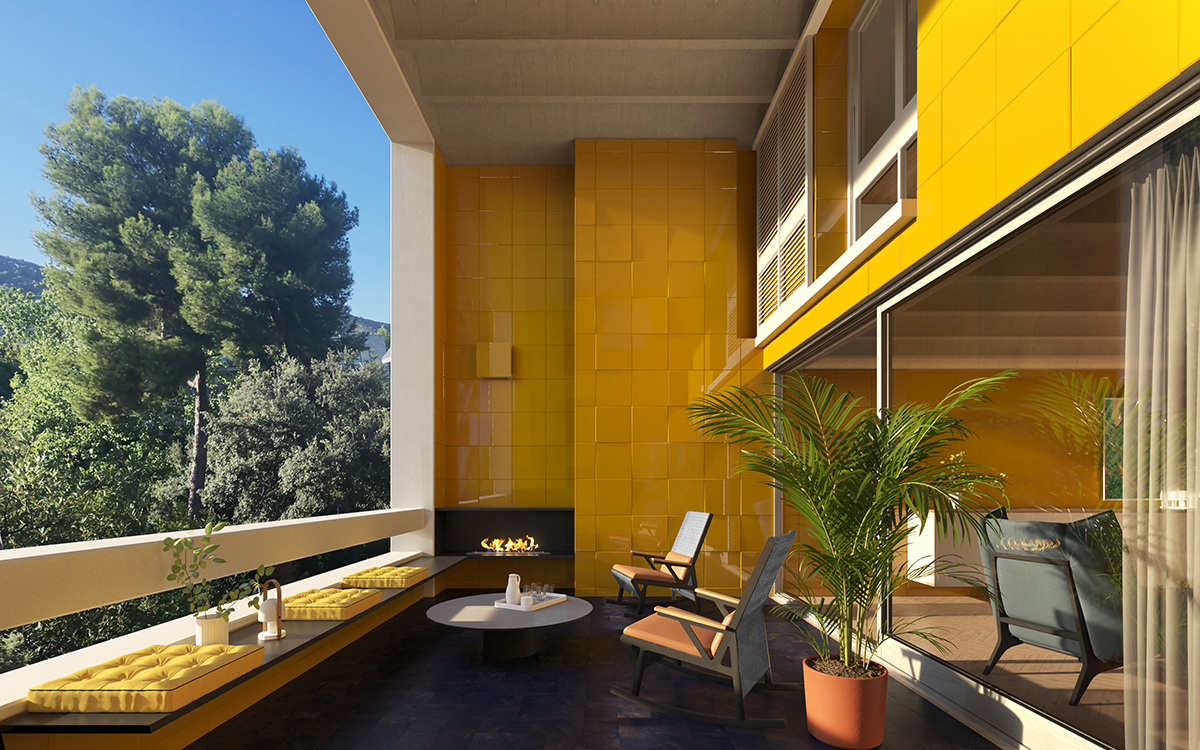 The multiple viewpoints over the communal garden and towards the pine grove of the north façade have been maximised, thereby enriching the relationship between the sequence of spaces that configure it.

READ ALSO: MARGINE completes a home-studio in Rome with a jazz soul
0 COMMENTS