I AGREE
Archisearch https://www.archisearch.gr/wp-content/uploads/old-site/img-5797-w1000-h585.jpg
Denmark`s largest sewage pumping station on Kløvermarksvej in Copenhagen will set new standards for how to create large-scale sustainable utilities solutions in Danish cities, where the best operational conditions are combined with safe and inspiring working environments.
Based on an integrated design process and a close cooperation with the lead consultant Krüger A/S and the client HOFOR, the new pumping station on Kløvermarksvej has been created with a focus on combining technology and architecture from the outset. Good physical working and operating environment, reliability, sustainability, climate change adaptation and facility managment are key focal points of the project.
The original pumping station on Kløvermarken was inaugurated in 1901, designed by city architect Ludvig Fenger. The new pumping station and its associated operational functions are closely integrated into the dense urban context, as a new distinctive layout that creates an overall architectural coherence between new and old and between the city and its infrastructure. The many constructional and technical constraints, the location of the historic plant, the limited site space and the many sub-installations, have posed great demands on the overall architectural expression and physical workspaces.
Green and sustainable overall concept
With green roofs and two characteristic 24 meter tall pressure towers, the new pumping station will be an independent counterpart to the historic building, and the round shape reflects an “underworld” whose circular geometry is an expression of the optimized layout of the underground pumping well.
Harvesting roof and surface water plays a key role in the area’s operational and visual profile. South and north of the pumping station, two circular “gardens” add quality recreational outdoor areas for employees, which also serve the purpose of collecting rainwater. The size of these wet-zones helps to minimize the overall paved area significantly.
The new 7,400 m² pumping station is budgeted at 185 million DKK and is scheduled for completion in 2017. As sub-consultant to Krüger, C. F. Møller is responsible for all landscape and building design services.
C.F. Møller has for many years been leading in the development of distinct industrial and technical facilities in urban and rural settings, including typologies such as water supply, purification, wastewater treatment plants, pumping stations, energy distribution and production, industrial buildings, staff- workshop- and garage-facilities as well as recreational and technical landscapes. 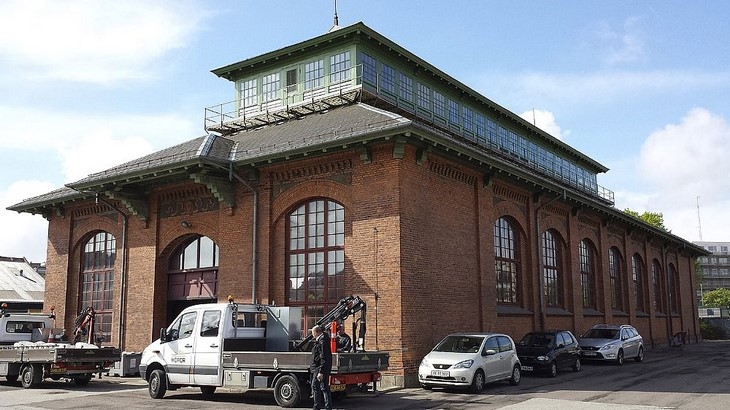 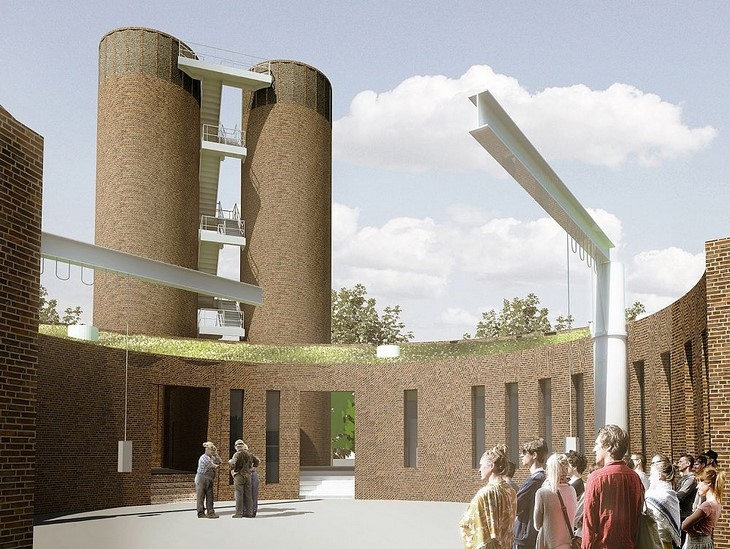 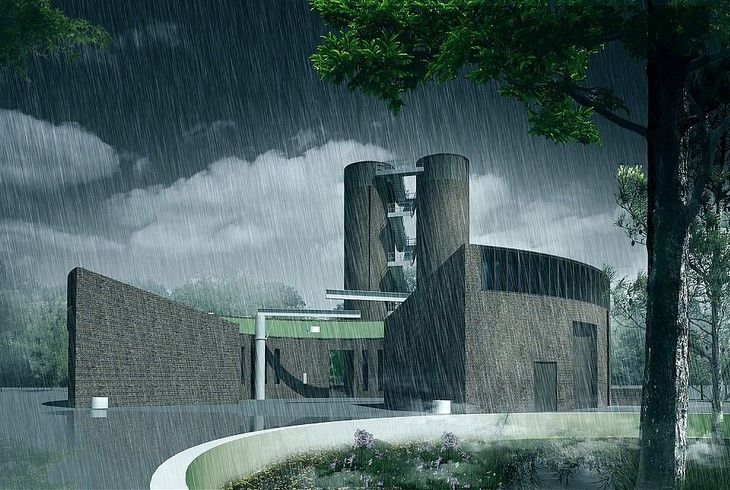 by TINA MARINAKIArchisearchhttps://www.archisearch.gr/wp-content/uploads/ecoweek-cover-messinas-1-370x700.jpg
GREEN DESIGN 27MAY 2020

by ELPIDA ROIDOUArchisearchhttps://www.archisearch.gr/wp-content/uploads/ECOWEEK-timeline-1-370x700.jpg
SHARE THIS PAGE
WITH YOUR FRIENDS