Nowhere Studio was commissioned to design the first volume of Afetiries, a publication by the greek architecture magazine Domes (Δομές) International Review of Architecture. 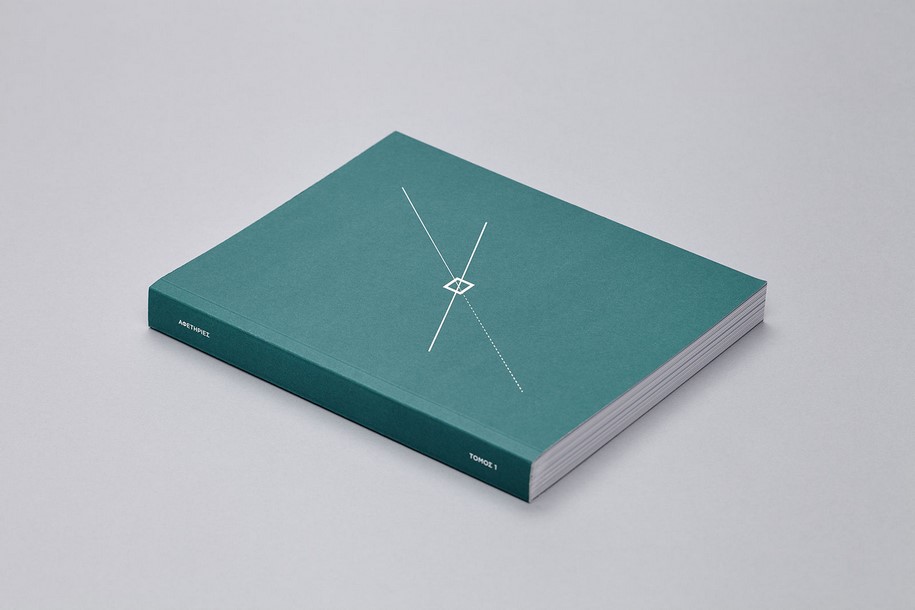 Afetiries stands for ‘starting points’ in greek and is an event series where young Greek architects present to the public, architectural projects that inspired their own creations.

This volume documents the material from the first 2 series of lectures at the Benaki Museum in Athens, Greece. The cover design is an illustration of the moment that two different (architectural) paths meet and share each other’s quality. That moment is a starting point for something new, a combination of the two routes. 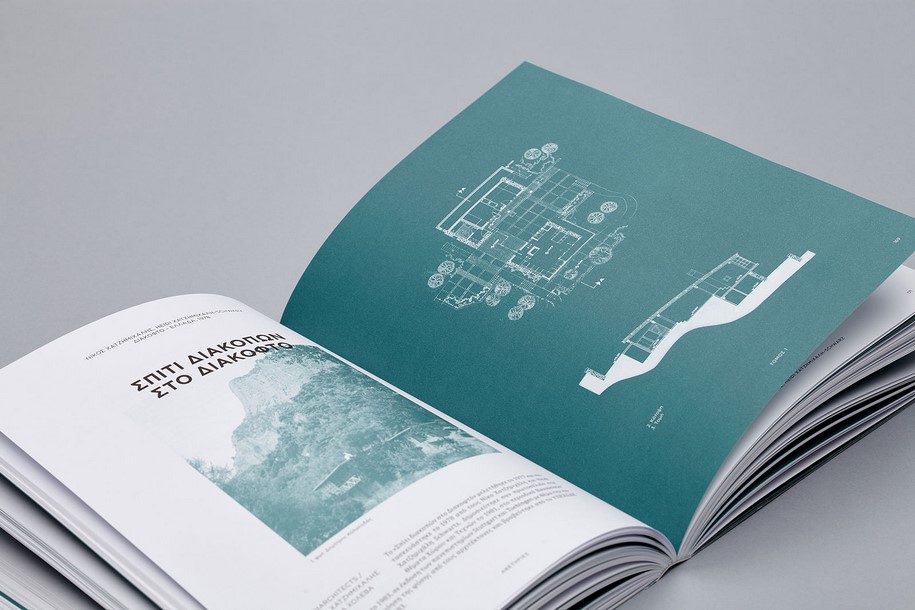 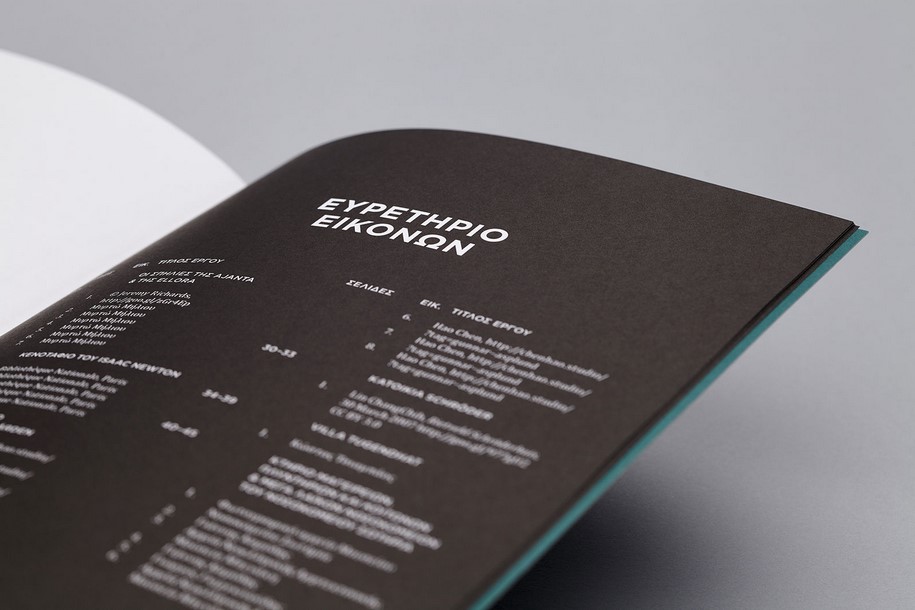 The layout was defined by the divers material we would have to showcase. Each case study was different in terms of volume and appearance, from 100 words texts to 700 words reports and from sketches to detailed axonometric designs. 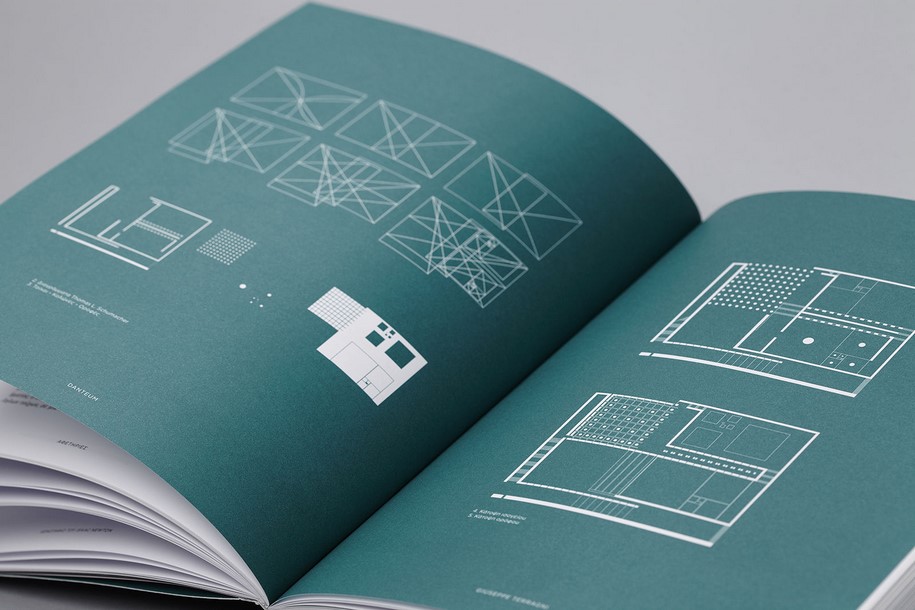 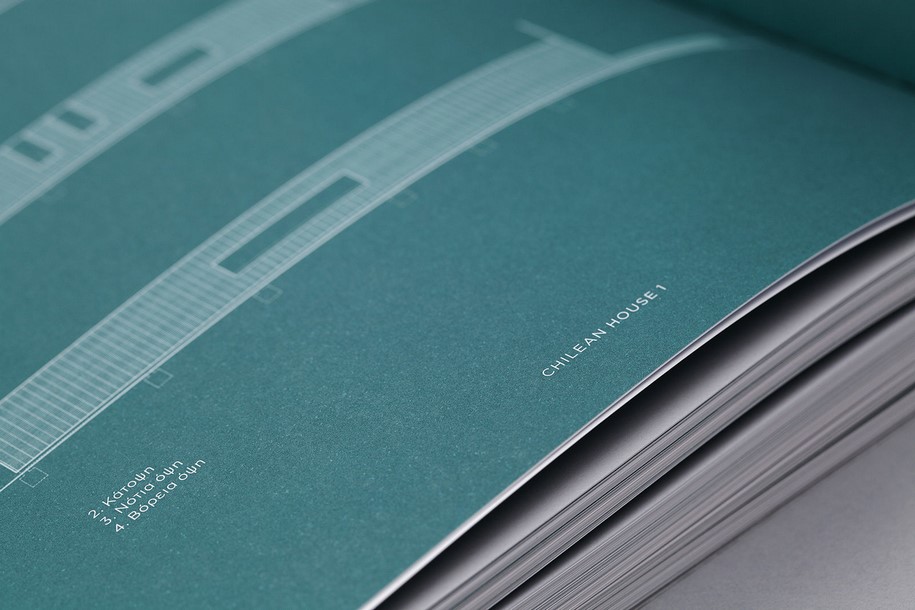 For us, as well as for the publication editors, the aim was to highlight the personal view of each architect, which emerges through the text. For this reason we decided to base the layout on the text and give a subsidiary role to the visual material (photographs, drawings, designs, etc.). Therefore, the text was placed in the center of each page, with left-right alignment, so as to create a solid shape that would be the axis on which the material would be developed. 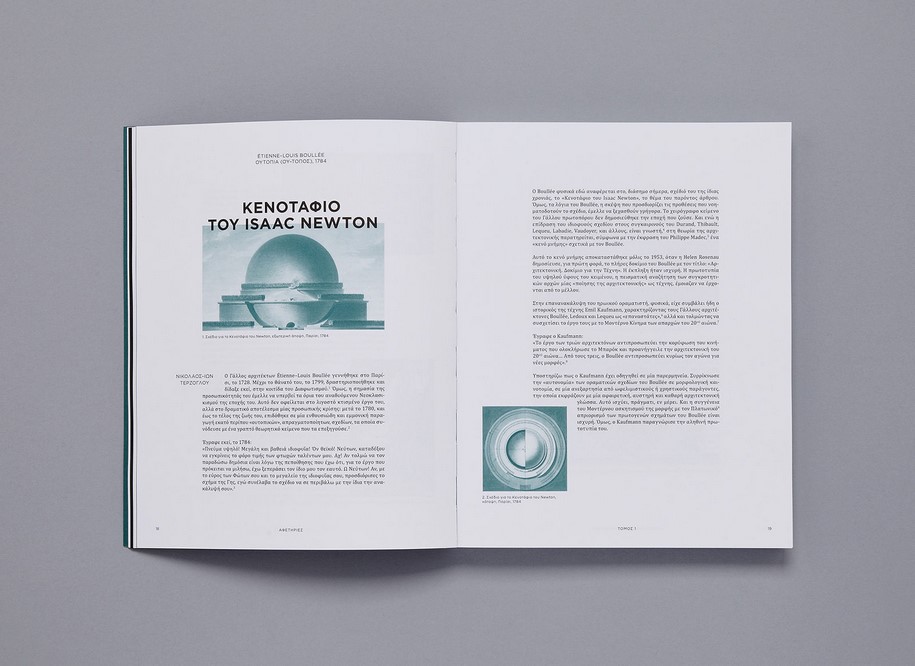 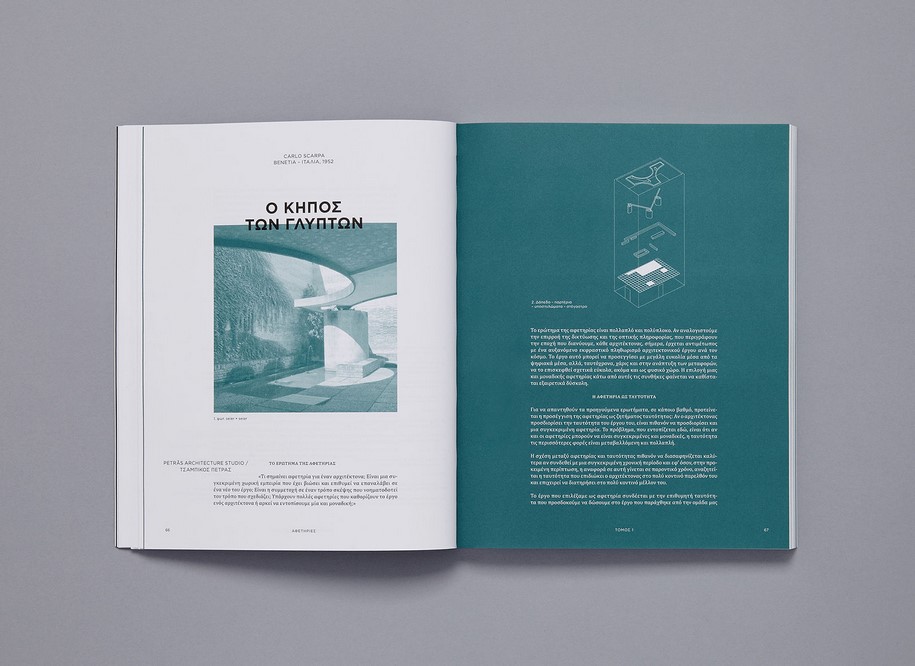 Photographs are placed within the text flow, interrupting its symmetry, at the respective points of reference. This pattern is only broken in the case of drawings, which are placed in separate pages creating small pauses in the text flow, offering the space required for the reader to observe them, along with any complementary details, at the correct scale. 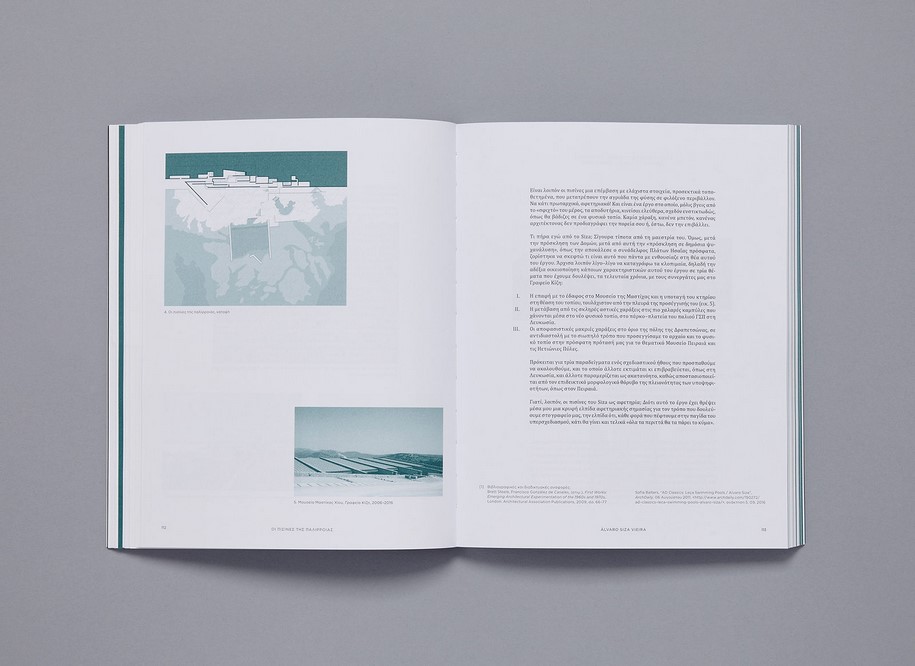 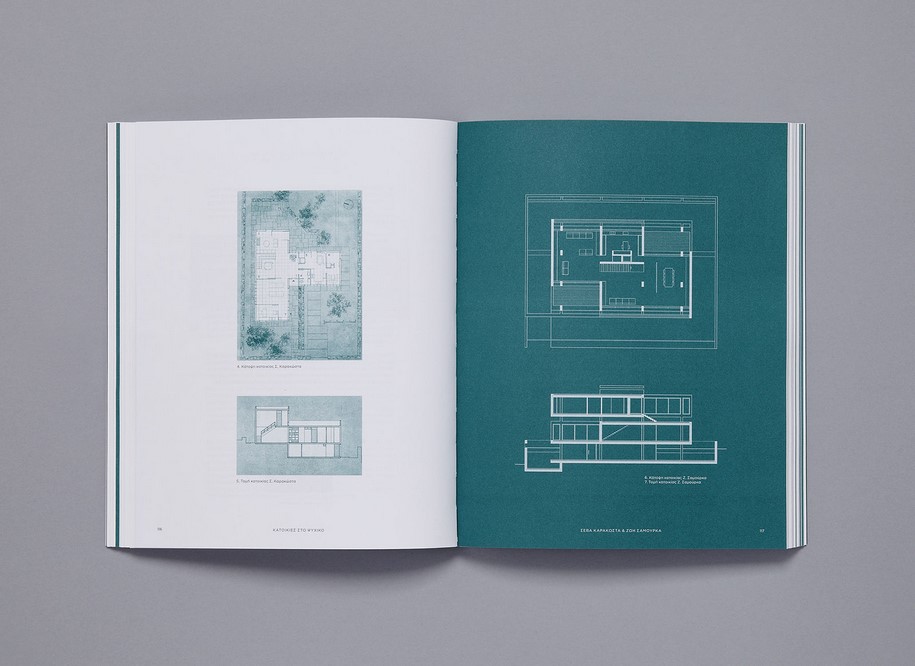 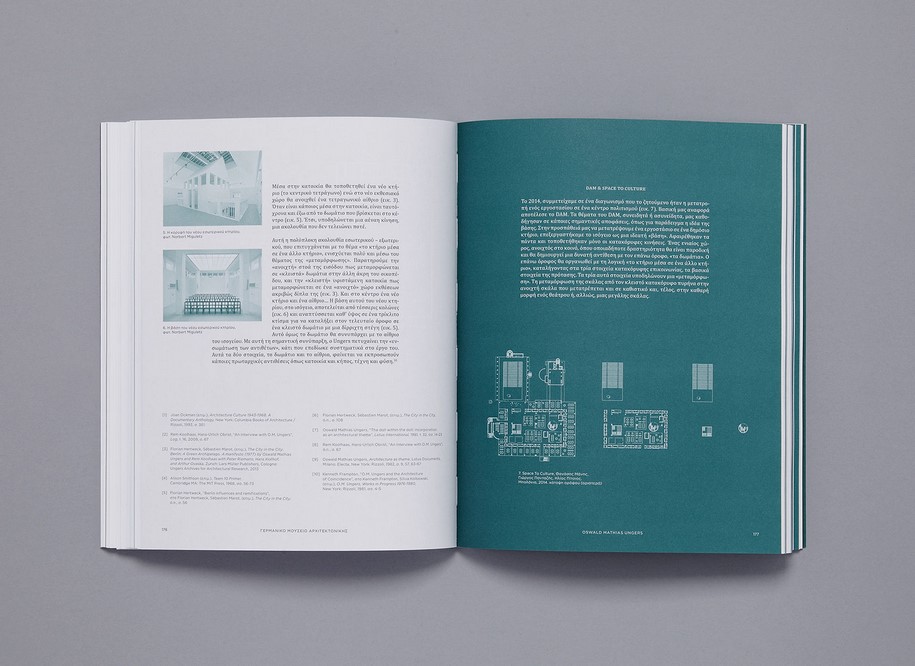 Throughout the publication, we decided to use two colors (green-black), to create cohesion and to prevent the viewer to be influenced by the visual content of each case study. After all, the publication’s purpose was not to showcase individual projects and architects, but to find a common place among works and creators, older and new architects and to research the origins of the architectural shape. 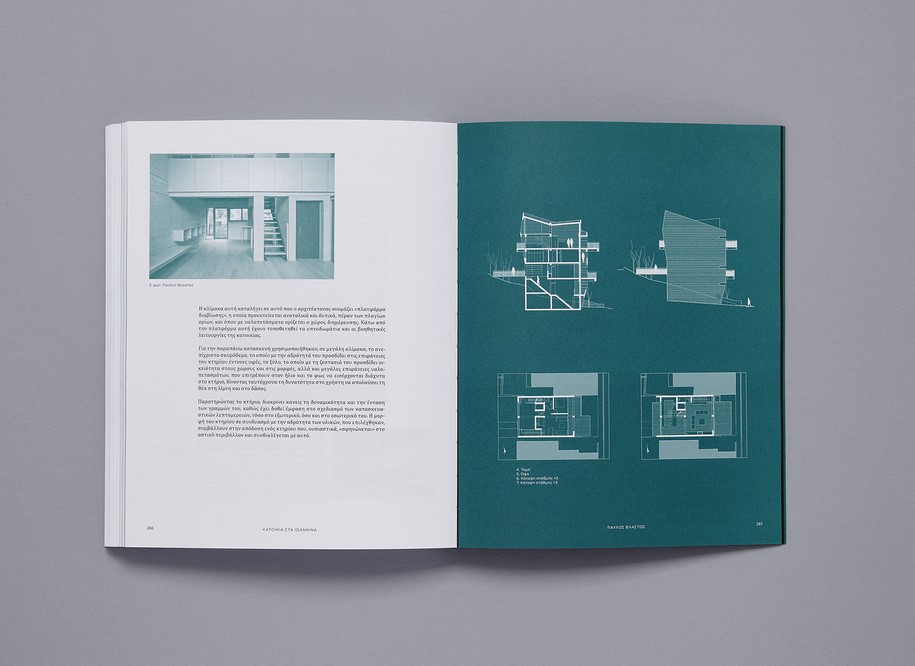 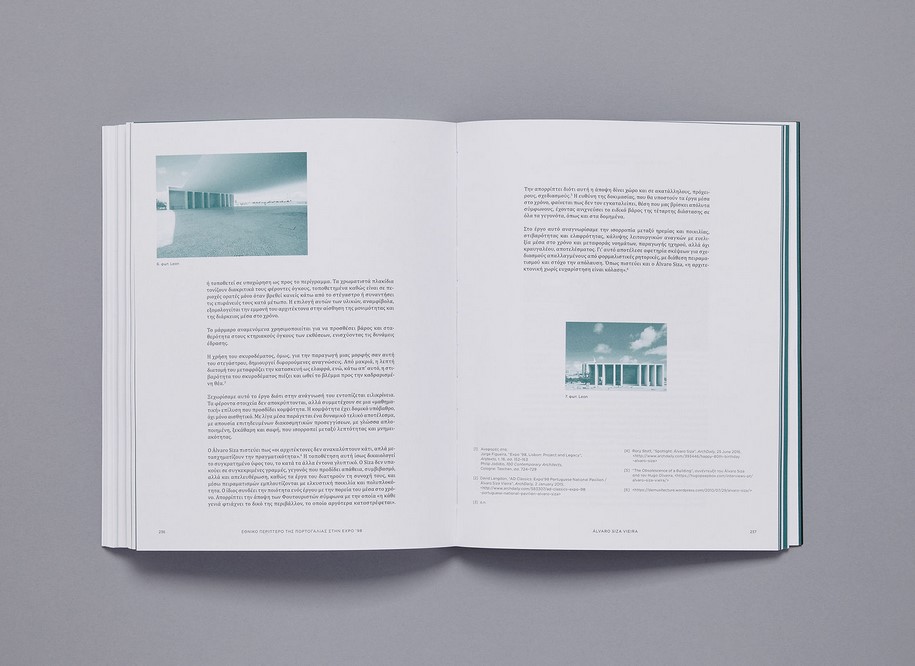 Nowhere, is the design practice of art director and graphic designer, Marinos Kolokotsas. Based in Athens, Greece, the studio works internationally with a diverse range of clients, from small startups to established organizations and specialises in visual identity, editorial design, packaging and digital design.

by VALIA KAVALLAArchisearchhttps://www.archisearch.gr/wp-content/uploads/ABC_MCC_cop-370x700.jpeg
SHARE THIS PAGE
WITH YOUR FRIENDS