I AGREE
Archisearch Array
Archisearch presents a series of unique artworks inspired by Joe Biden’s 2020 campaign for the presidency of the United States of America, created by graphic designer Charis Tsevis.
Cover image: A mosaic portrait of Joe Biden created with photos of the Ameican flag. Based on the actual map of all American counties.
-Text by the creator
I was and still am a Pete Buttigieg fan. But politics is about choices between given options. So I am supporting Barack Obama’s VP Joe Biden for the Presidency of America. I believe that decency, professionalism, common sense, science, respect and will to compromise should return to power. Our world has serious issues and demagogy is only making them worst. Let’s keep hope! 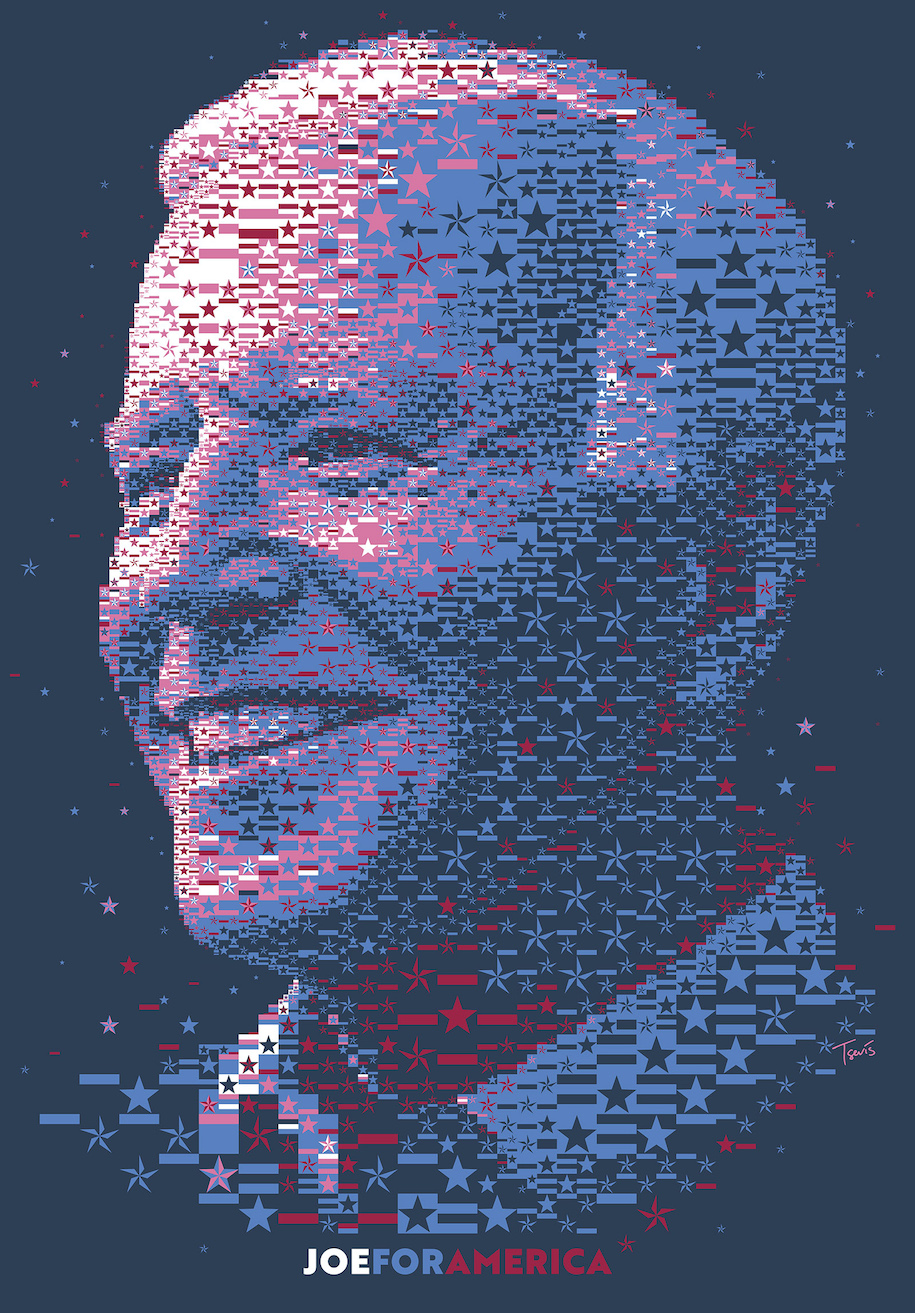 Joe for America: A mosaic portrait of Joe Biden made out of Stars and Stripes. 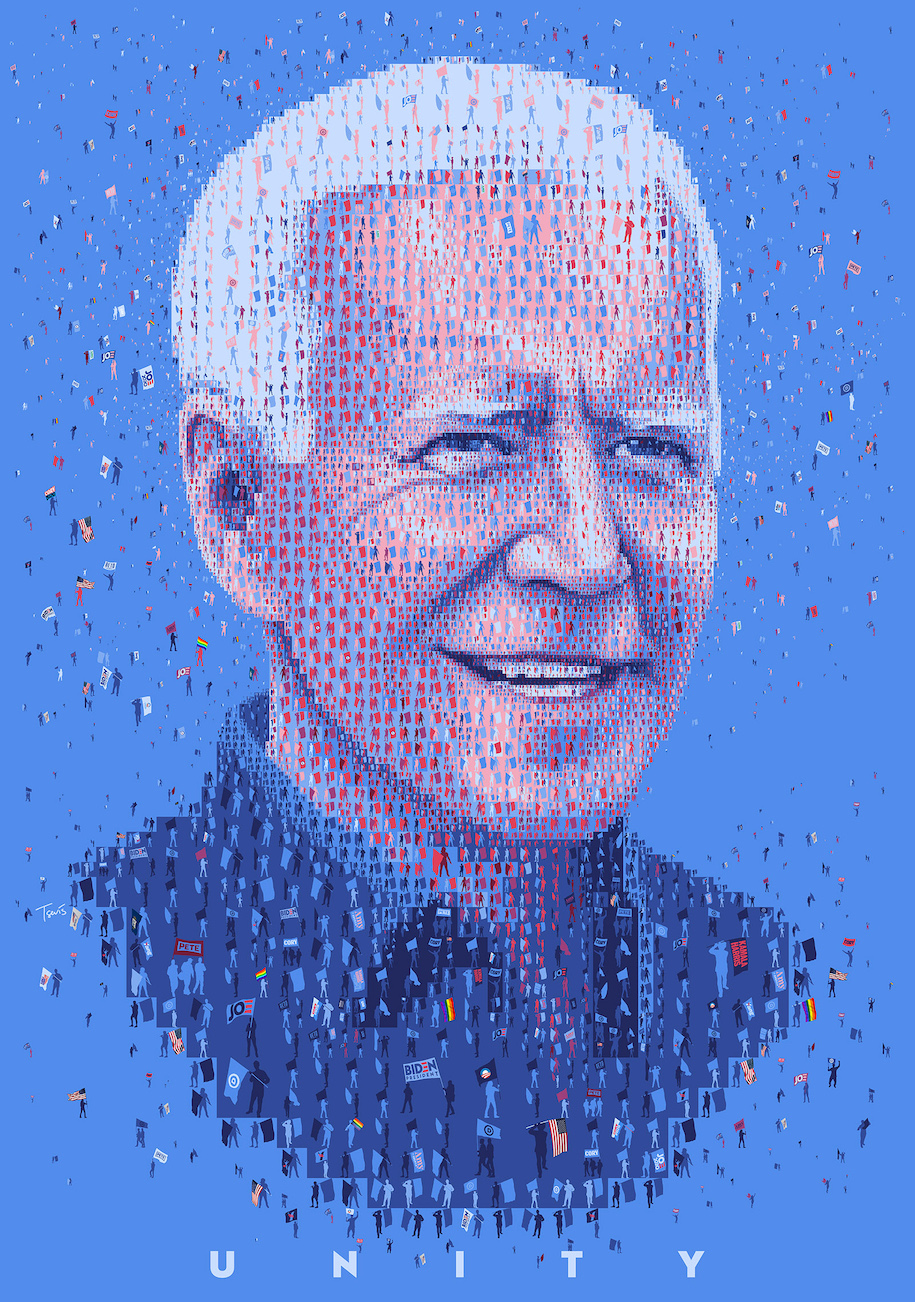 UNITY: A mosaic portrait of VP Joe Biden made out of people holding flags. Signs from the campaigns of Pete Buttigieg, Kamala Harris, Beto O’Rourke, Cory Booker, Mike Bloomberg, Cory Booker and Amy Klobuchar have been added to the flags of the United States, the Democrats or the Rainbow flag. I wish I could add the Bernie and Warren signs as soon as possible. 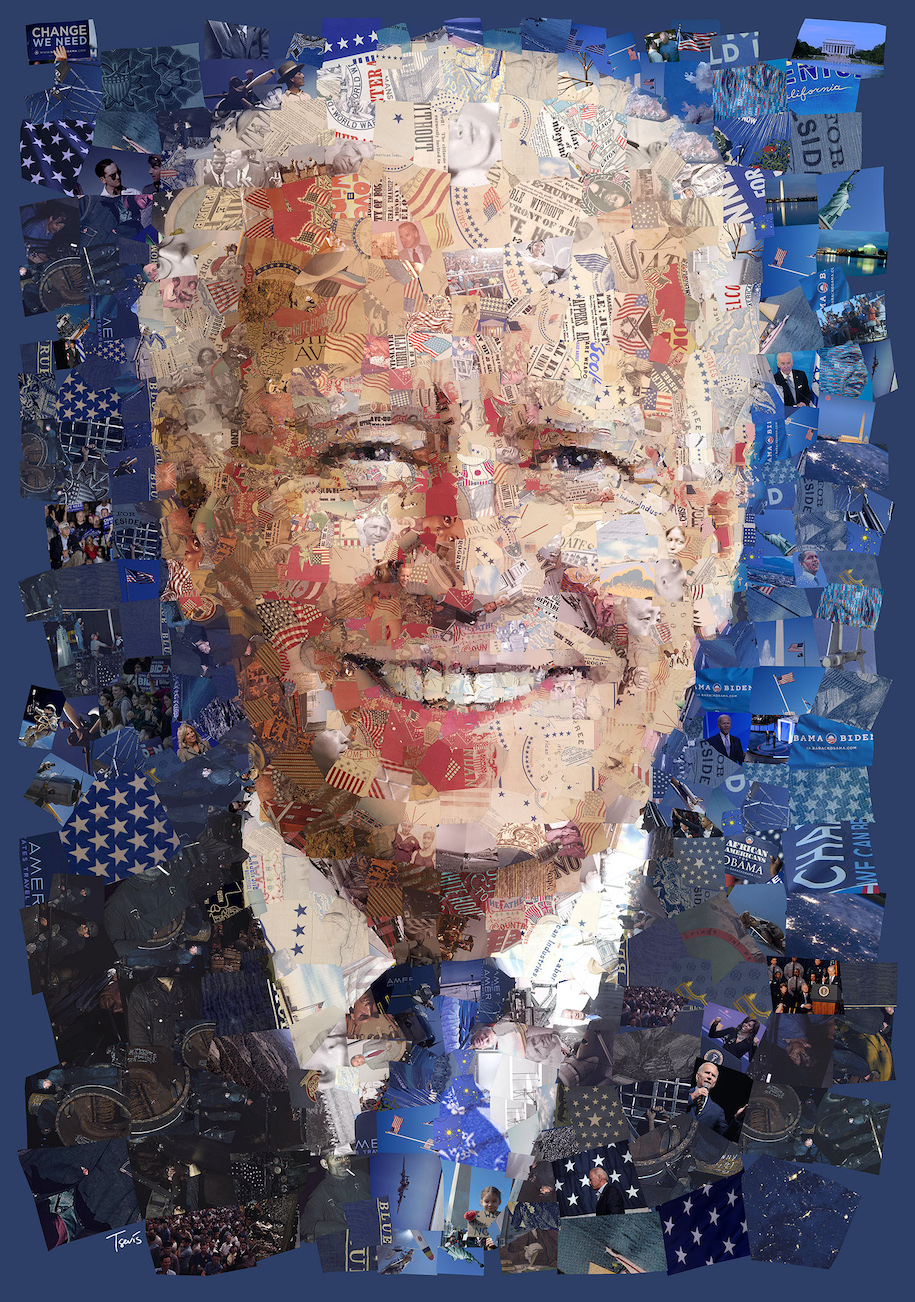 A mosaic portrait of VP Joe Biden made out of moments from the American history. 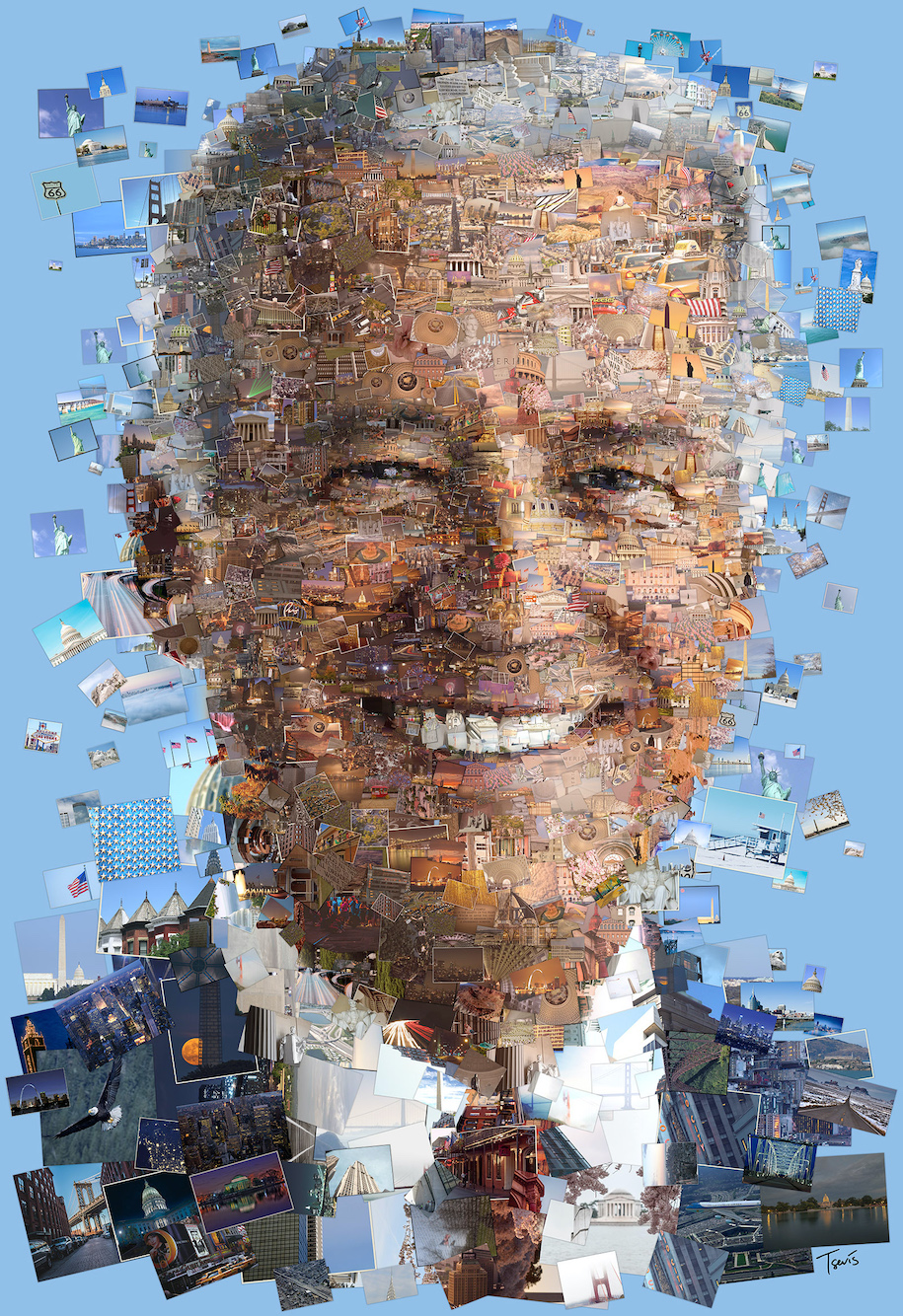 An optimistic mosaic portrait of VP Joe Biden created with photos from American landmarks. Based on a portrait shoot by Andrew “Andy” Cutraro (Public Domain photo). 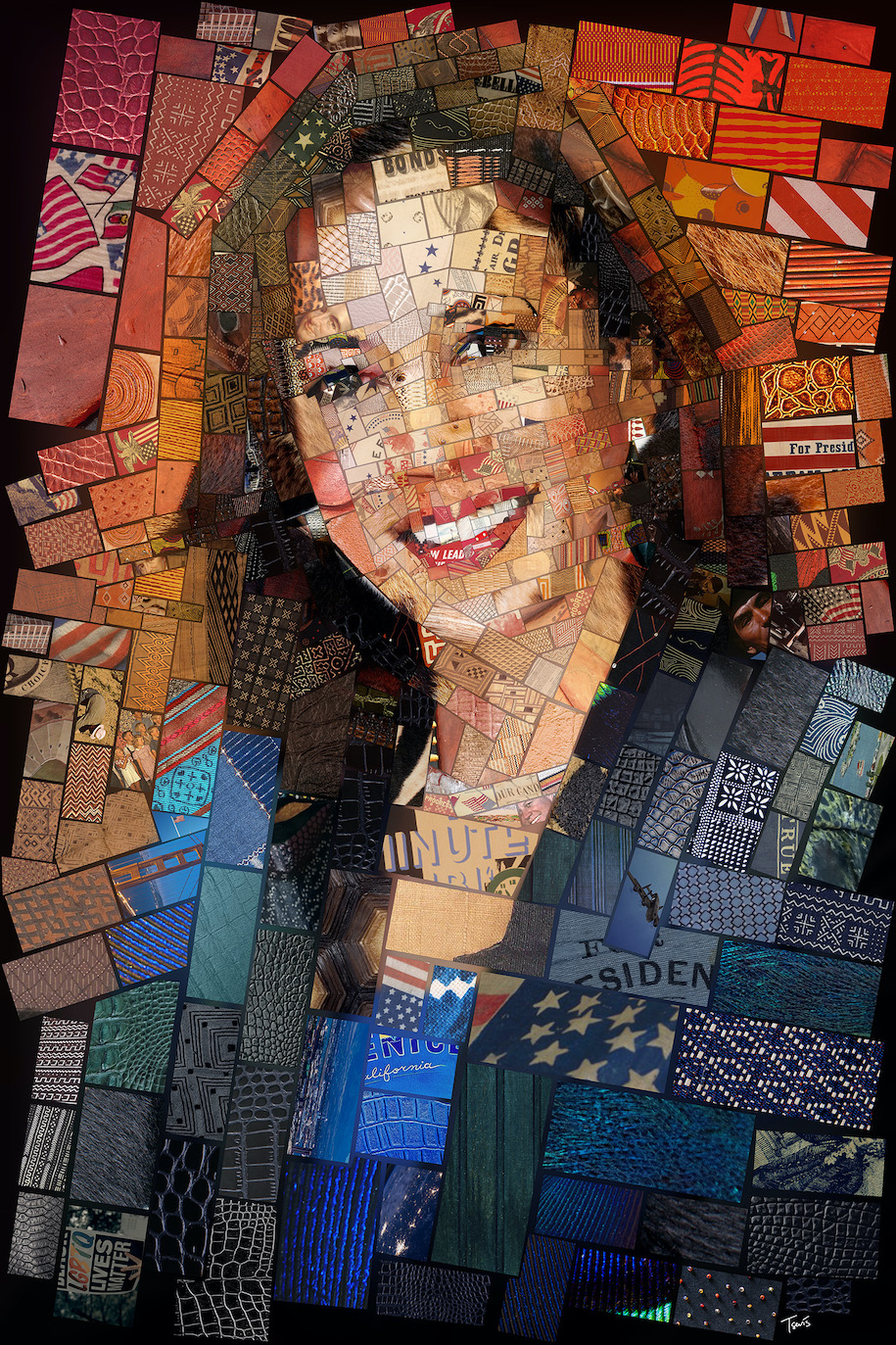